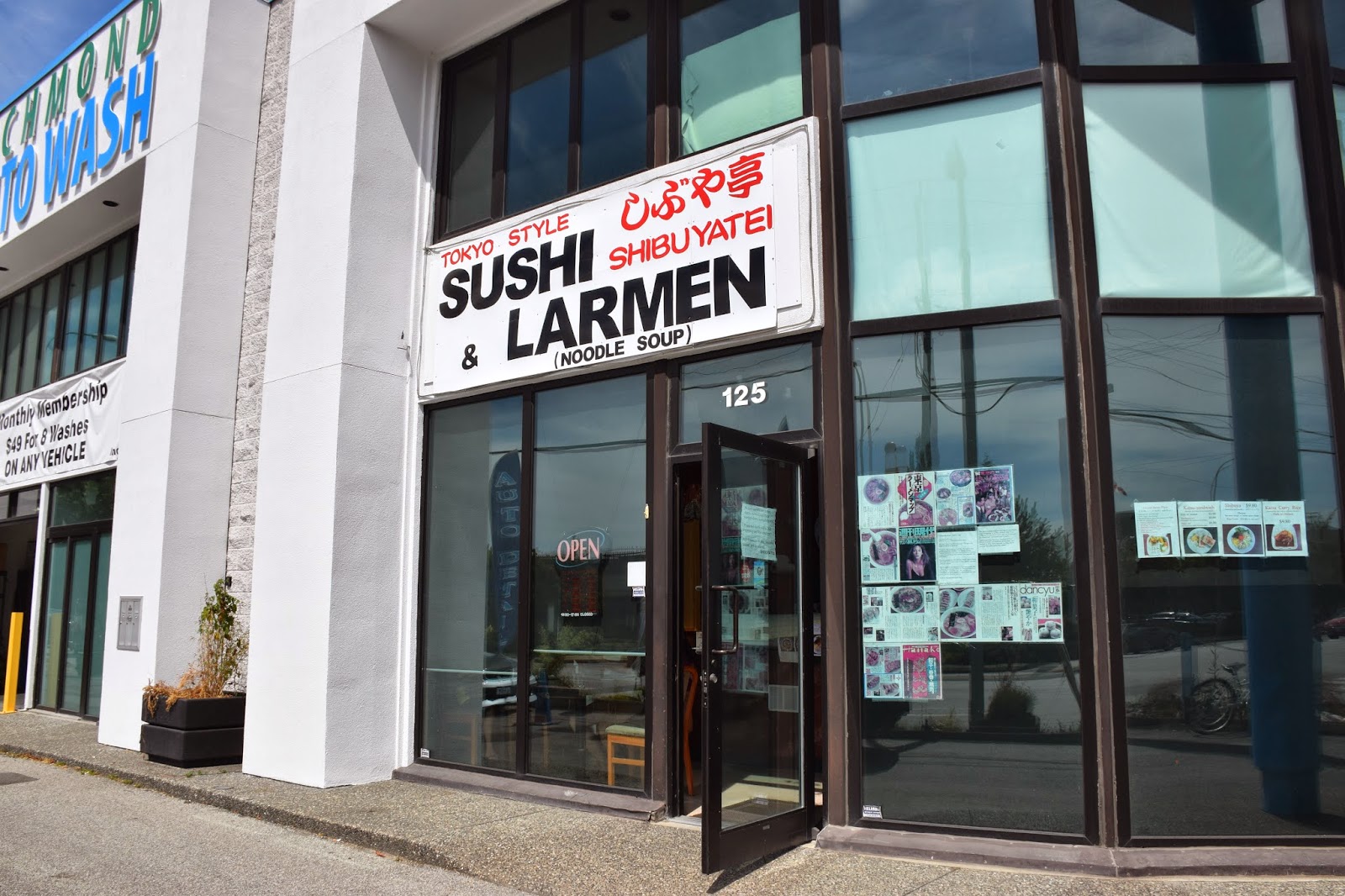 Wow, this place this is such a hidden gem! And a well hidden one at that.  It's located in an industrial parking lot beside a car wash haha! Despite it's odd location, this place is the real deal. Riding my bike through a dusty, industrial lot with the sun beating down on my skin was SOO worth it haha! Yes, I'm willing to travel through sand, rain or snow for good food ;)
Shibuyatei is a two man show, with the chef manning the counter and one waiter working the floor. Since they're so short staffed, the food takes a while to make, so be prepared to wait! It looked like the poor chef was under a lot of pressure because his hands were shaking when he was making sushi! Poor guy, I felt so bad for him! No need to rush, we can wait :)

And the funny thing is, when I went, a friend of mine on Instagram @yvreats, was there at the same time haha! We just didn't know who each other were, until I saw the photo she posted of her meal at Shibuyatei! She said that she suspected me being a foodie because I had a huge camera with me haha! 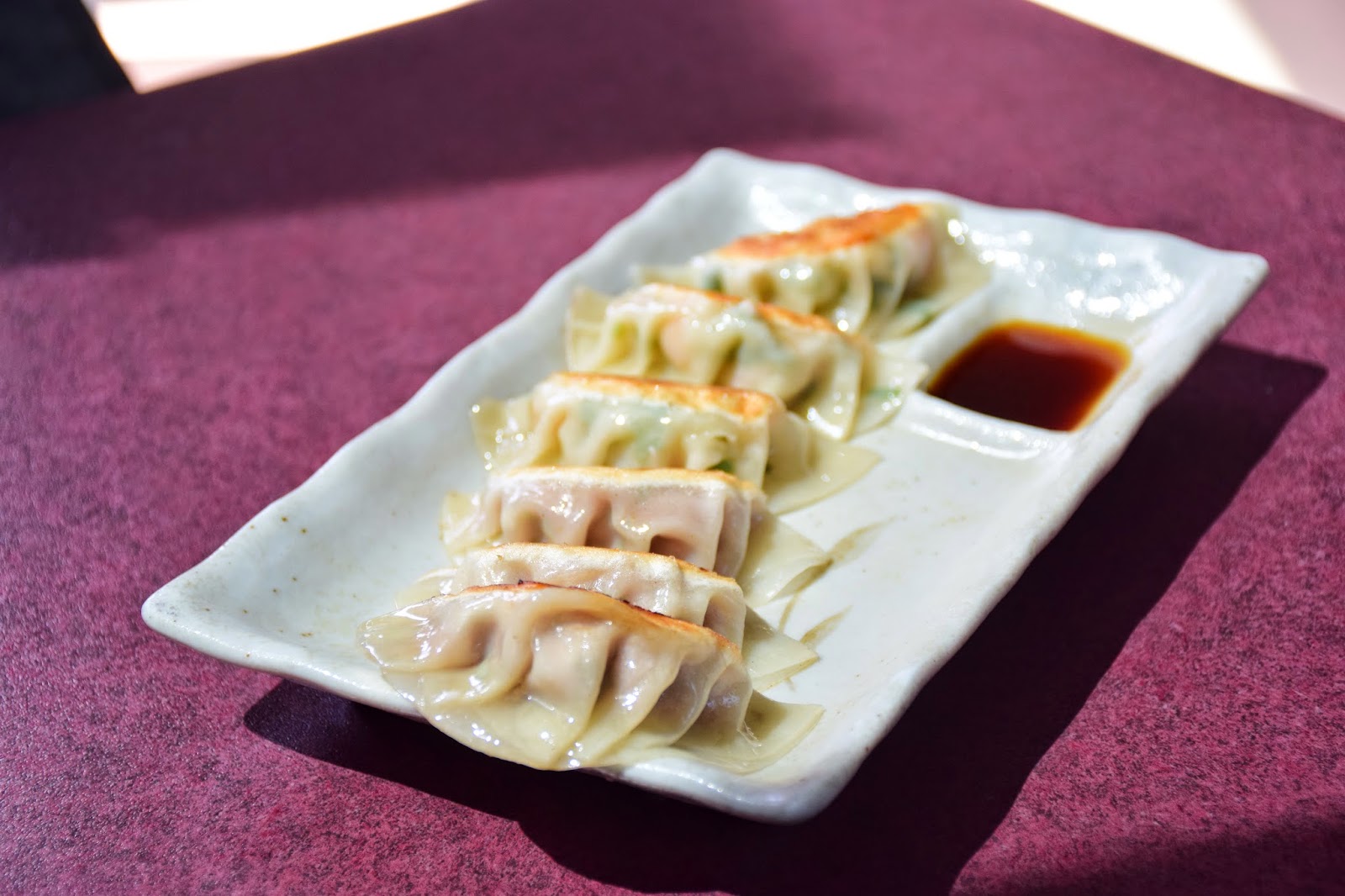 Gyoza $6.50 Half Pork/Half Prawn
4/5 stars
These were a bit expensive at over a $1 each, but the quality definitely justified the price! The wrappers were well made: thin and elastic, and had a great chew to them. The prawn filling was fragrant, juicy, and tasted really fresh. Try eating these without sauce first, I really appreciated the clean flavour of the shrimp! The pork filling was super juicy and full of flavour! It also came with some vinegar on the side! 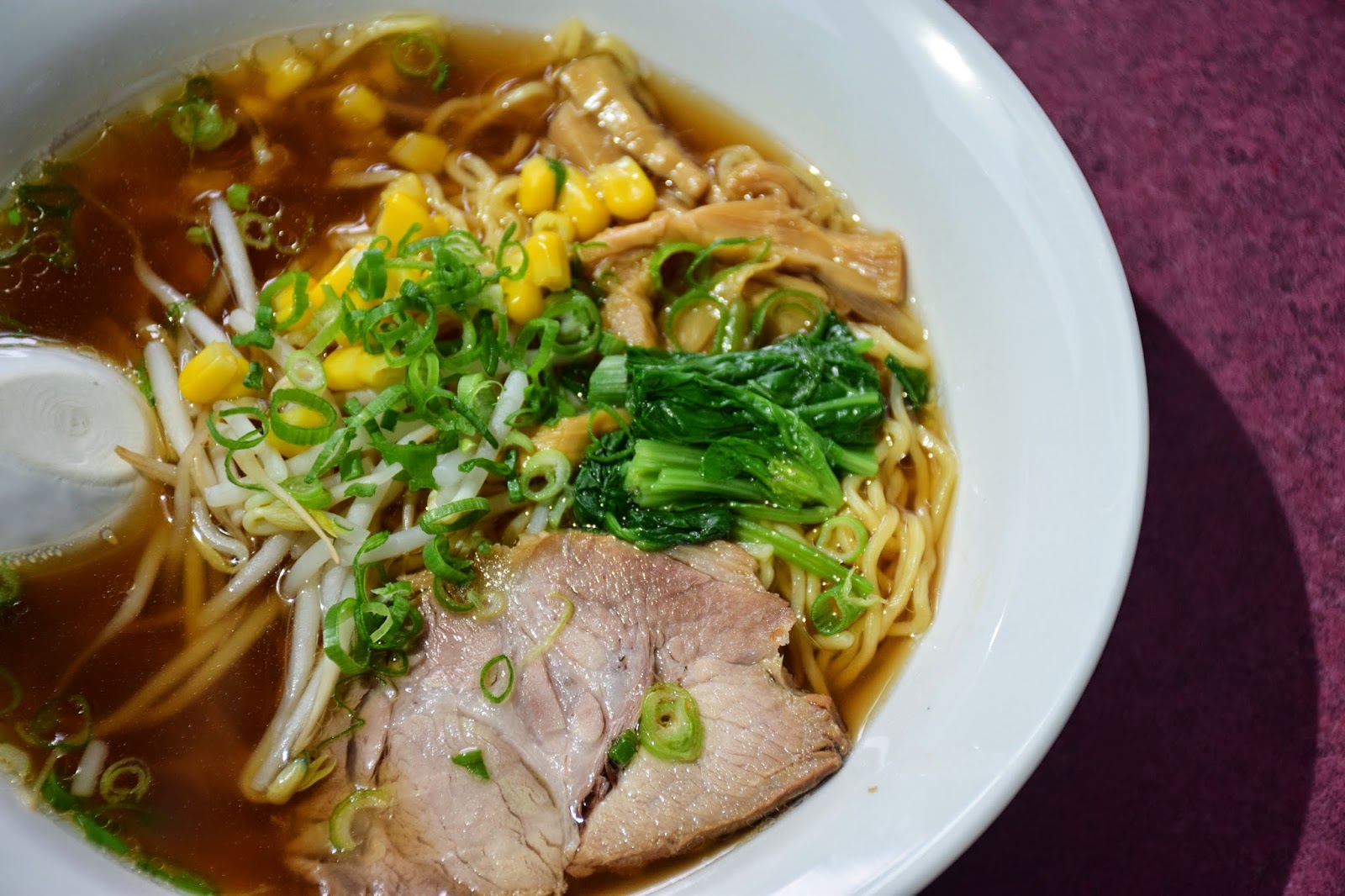 Larmen $9.50
4/5 stars
They call their ramen "Larmen" in order to differentiate themselves from the other ramen joints in the GVR! You can also get the Charsyumen with extra pieces of char siu for $13.50! Since I had already ordered gyoza I decided to skip out on extra slices of meat haha. You can choose between the Shoyu or Shio broth, and I went with shoyu!
They advertise that they don't add any msg to the broth, but I was still really impressed with how flavourful the broth was! The broth was clean and light, with a simple soy sauce flavour. It was actually pretty salty but didn't leave you thirsting for a jug of water! The ramen noodles were great: they were al dente, and were very toothsome and had bite. There was an ample amount of bean sprouts and veggies, bamboo shoots, and one lone piece of char siu! The char siu was nice and lean, which resulted in it being not as tender in comparison to other ramen places, but it was still tasty nonetheless! 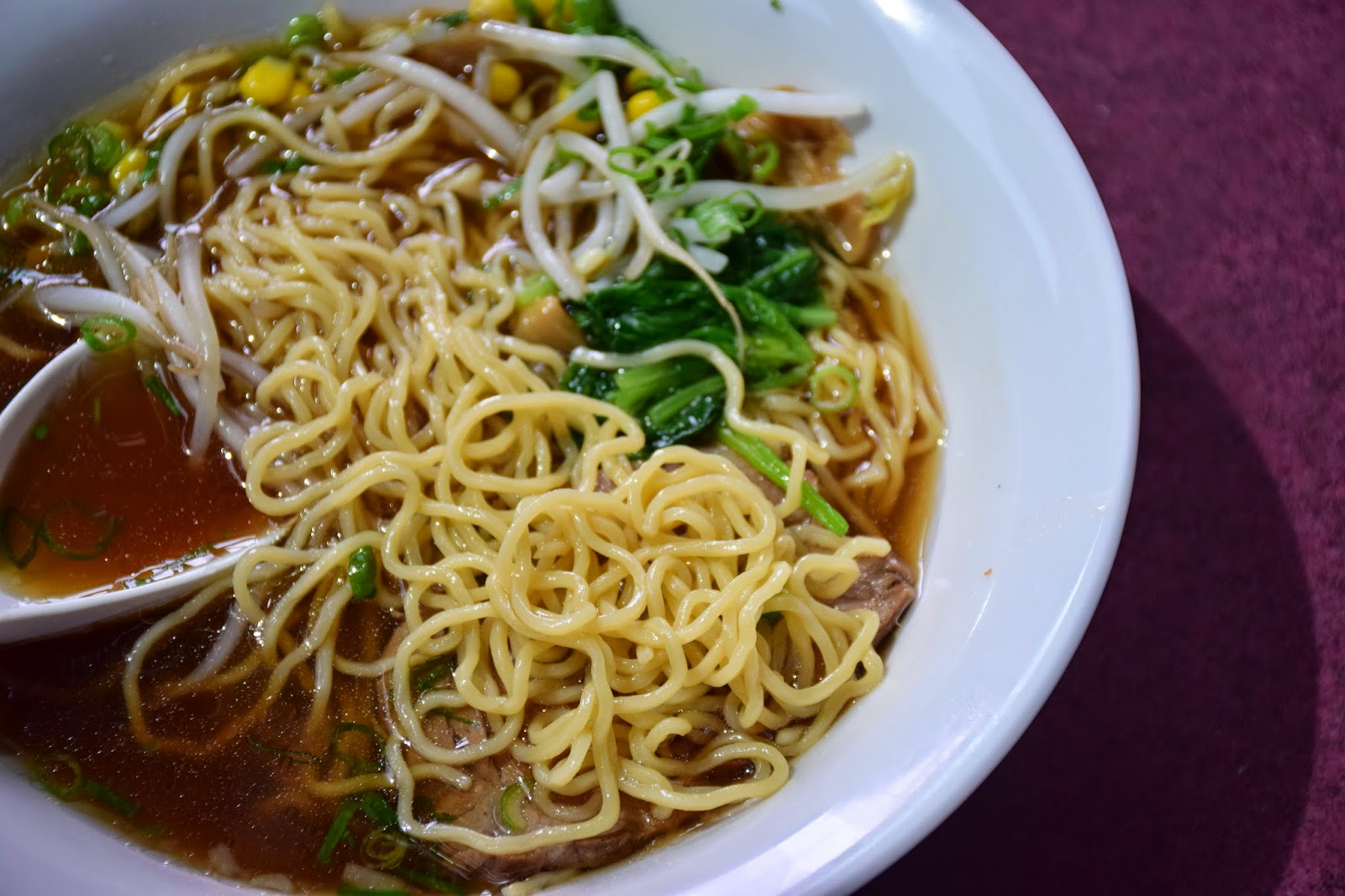 Closeup of the noodles! Hey, do you like my new shooting style? ;) Since it's summer I've finally found to time to learn how to use my dslr "properly" haha and I've been shooting manual lately! 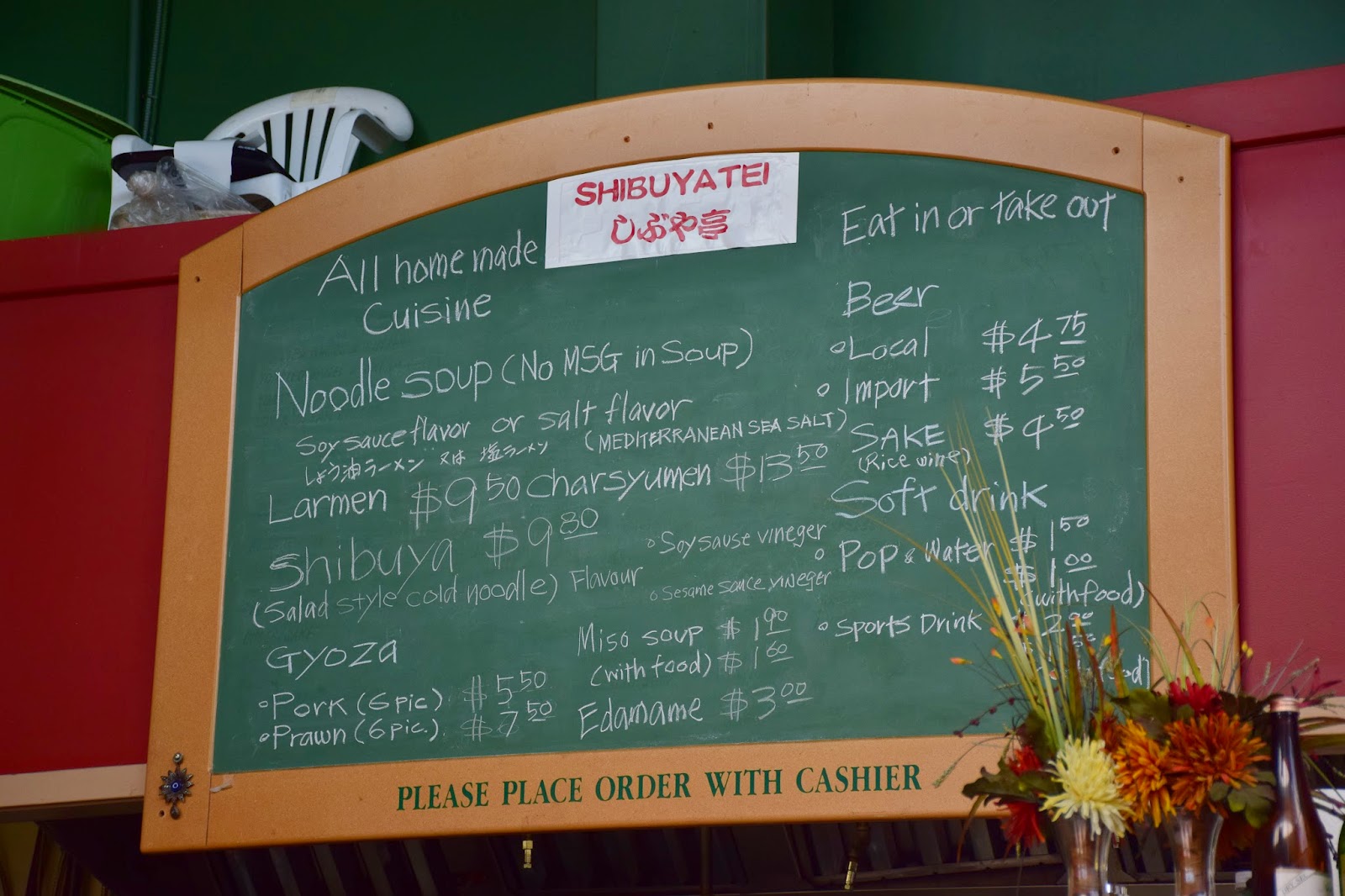 (Click to Enlarge) And here's a look at their menu! I've heard that their curry katsu and shibuya is awesome as well so I'm definitely try those next time! :)