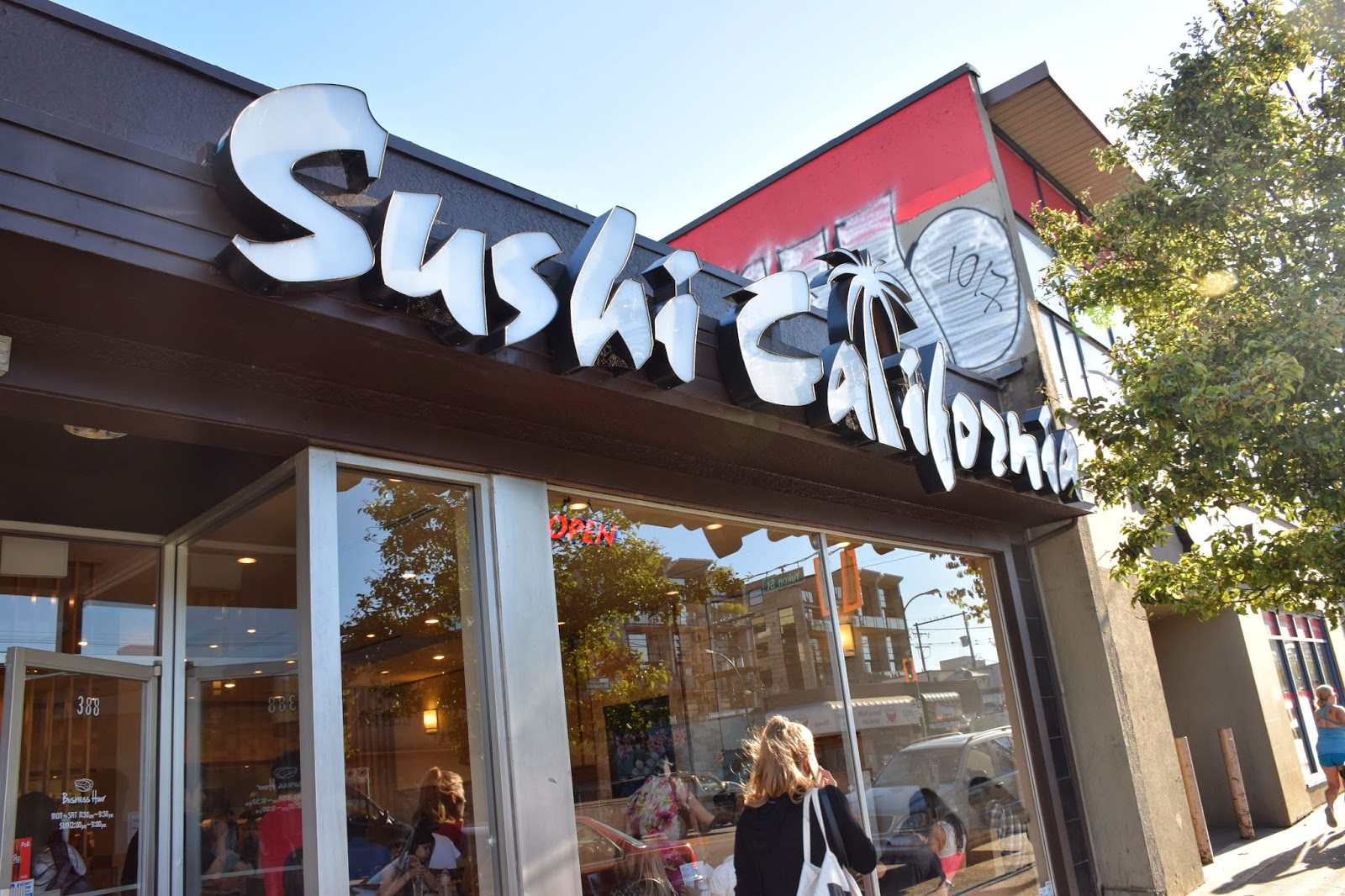 My dad and I went to watch the fireworks in Kits, and since I was with my dad, I knew better than to choose a fancy restaurant, asian parents, yenno ;)
So we went with Sushi California because I knew the low prices would make him happy haha. Sushi California is a Korean run sushi restaurant with locations on West Broadway and in Coquiltlam. The prices, quality and taste is comparable to that of Sushi Garden. Like Sushi Garden, you have to leave your name with the waitress to get a table if they're busy!

Not going to lie...the fusion rolls at Sushi California puzzle me because none of them were executed very well. Best to stick with the basics like sashimi haha, lesson learned! For sushi on the cheap, I would go with Sushi Garden over Sushi California any day!! :)

On an unrelated note, I ate Shin Ramyun for dinner yesterday because my dad didn't want to go out and we didn't have any groceries in the fridge. I haven't had that stuff in FOREVER haha. Come to think of it, I've probably only eaten Shin Ramyun twice. I added an egg to spice things up a little. If only I had some char siu! Gotta admit, the broth was actually pretty decent. Still, we're too spoiled by the ramen scene here in Vancouver that "instant ramen" pales in comparison to the real thing. I actually never went through a instant ramen phase haha, but from what I've heard, Shin Ramyun is one of the better ones! 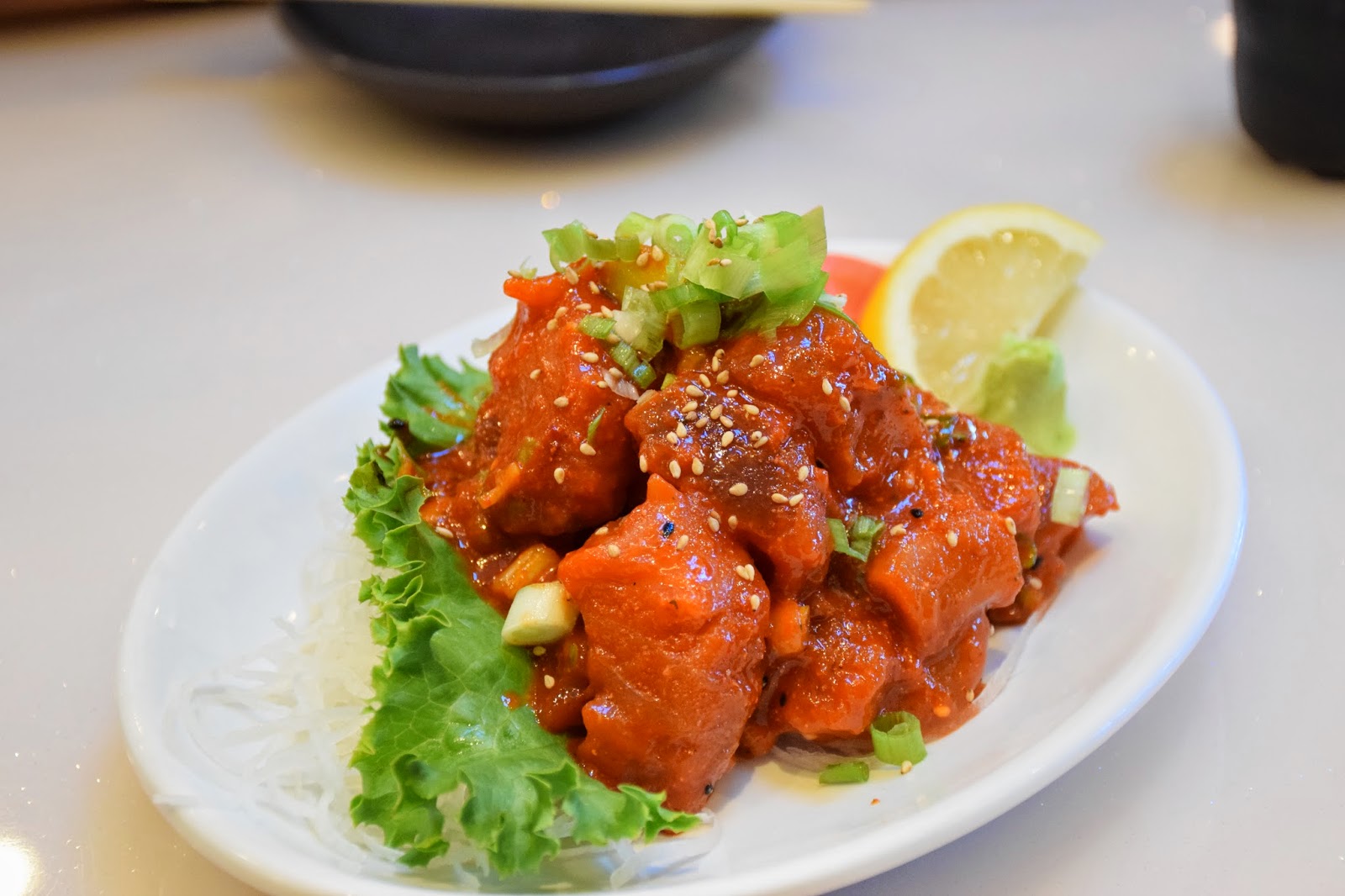 Half Order of Spicy Salmon Sashimi $5.50
3/5 stars
I got this to compare it to Sushi Garden's spicy salmon sashimi, which is really similar! Sushi California's is notably sweeter, while Sushi Garden's is a lot tangier. It was tasty, but tasted a bit too generic. The spicy sauce was exactly how I expected it to be, which could be a good or bad thing haha. Portion wise they're both relatively the same size, if you order the full size. The salmon chunks were quite large and tasted pretty fresh. 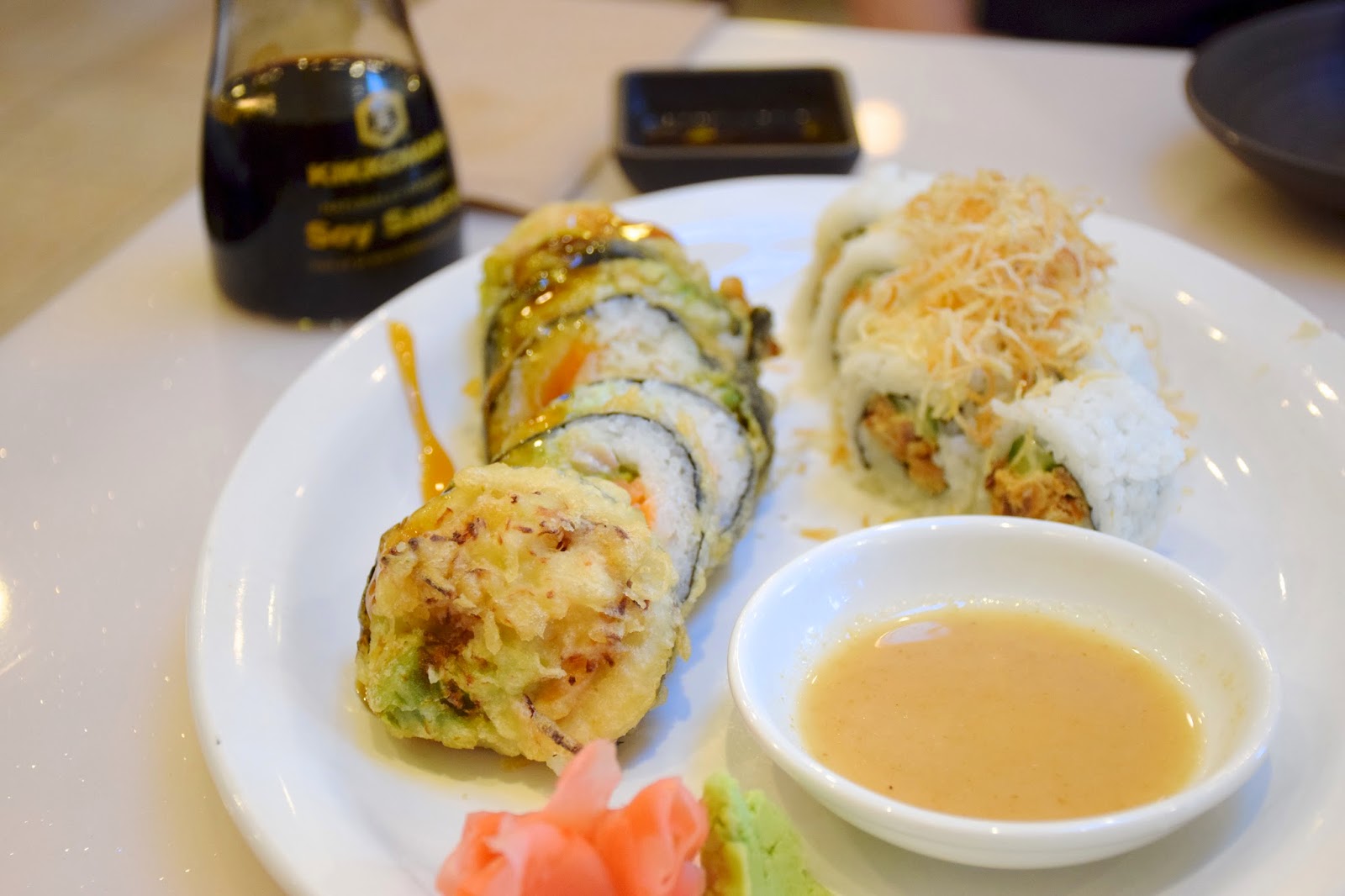 Crunch House Roll $4.50
0/5 stars
I usually love house rolls, but this one was a fail. It fell apart too easily, the ingredients meshed together, which made it taste really odd. The addition of sweet teriyaki sauce didn't help that much either. The only thing it did was mask the flavour. The outer layer was fried poorly, as the tempura batter wasn't "airy" enough. The rice they use is plain "chinese" rice which lacks that distinct sour undertone of Japanese sushi rice. 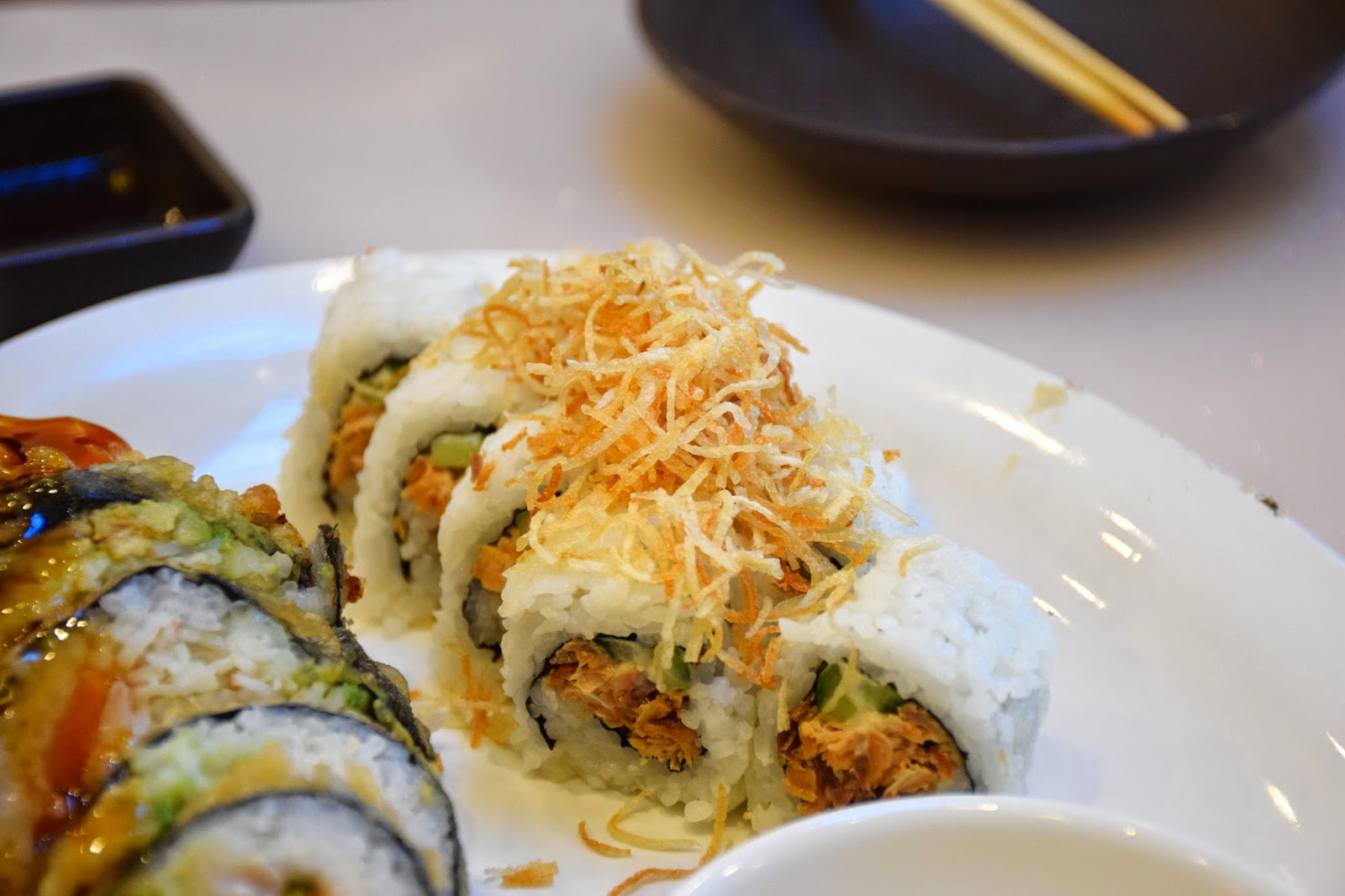 Crunch Munch Roll $3.95
0/5 stars
This was a disappointment as well. It was basically a roll with canned salmon in it haha. The salmon was dry and really bland. The mayo and cucumber didn't add much to the roll. The crispy flakes were mainly for aesthetic purposes and to add a "crunch" element. It also came with some miso dipping sauce on the side which didn't taste like miso at all but strangely like...vinegar.