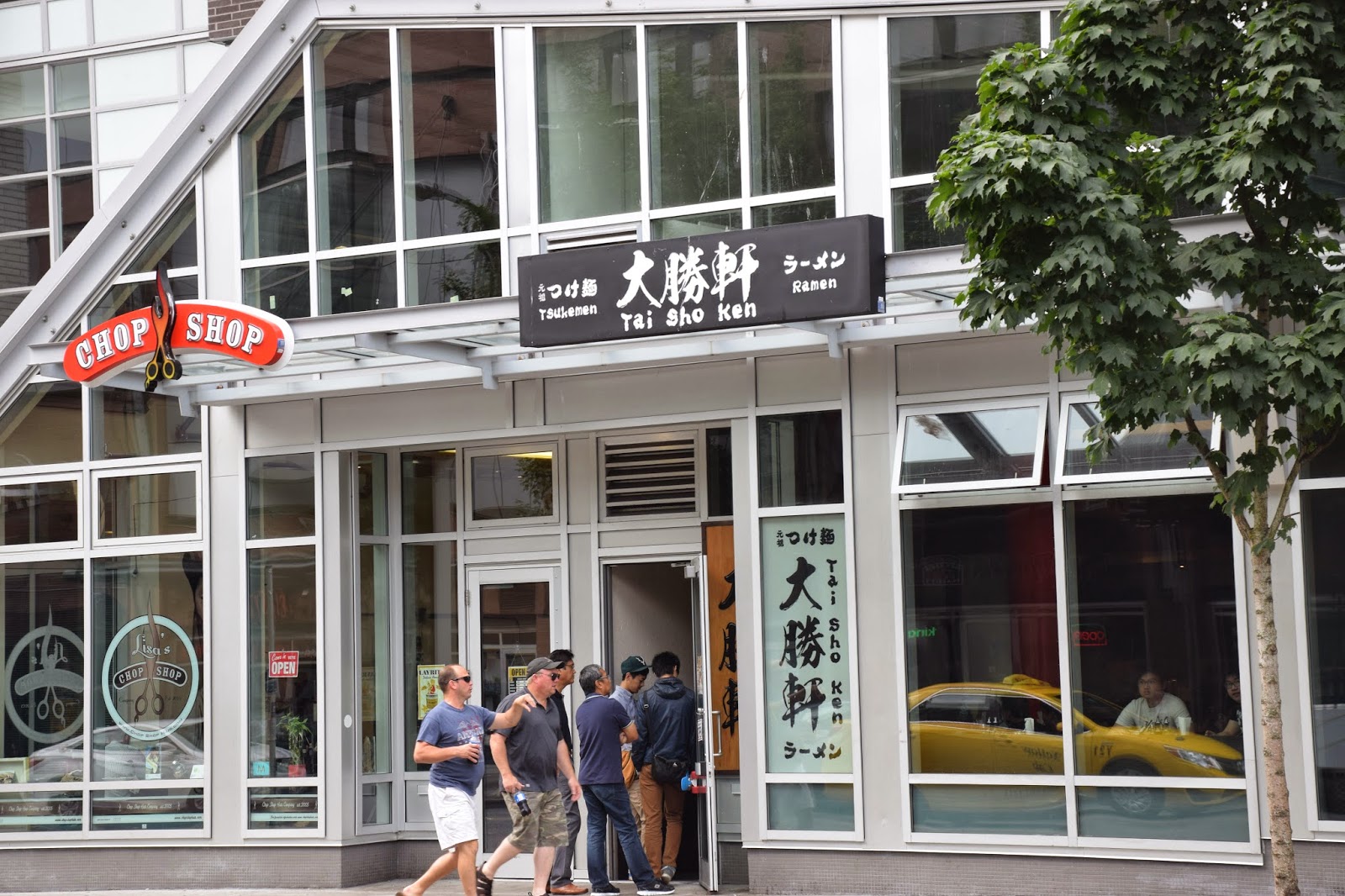 Another week, another ramen craving! Yes, ramen has now become an addiction of mine haha! Every week I crave a bowl, and my wallet is suffering as a result! Yesterday, I made my way to Taishoken Ramen, which just recently opened in Gastown on Abbot St. I took the skytrain, it's just a short 5 min walk from Stadium - Chinatown! I was kind of bummed that I missed their soft opening, when they had ramen for $5 a bowl!

For every "flavour" you have the option to get it in the regular, large, or special size. The "special" ramen has two extra pieces of char siu, and an egg. 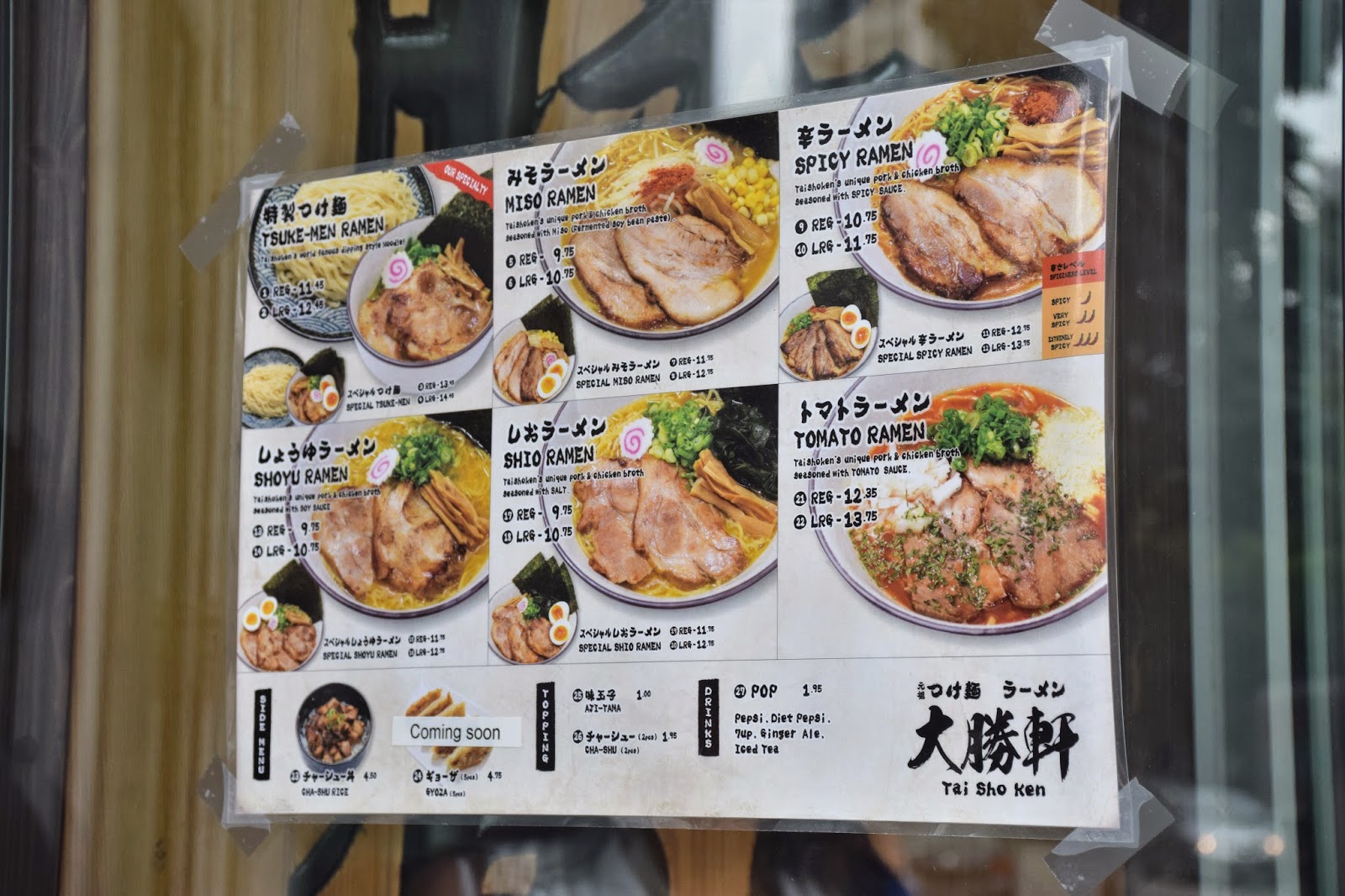 (Click to Enlarge) They have their menu tacked on the outside of their windows! 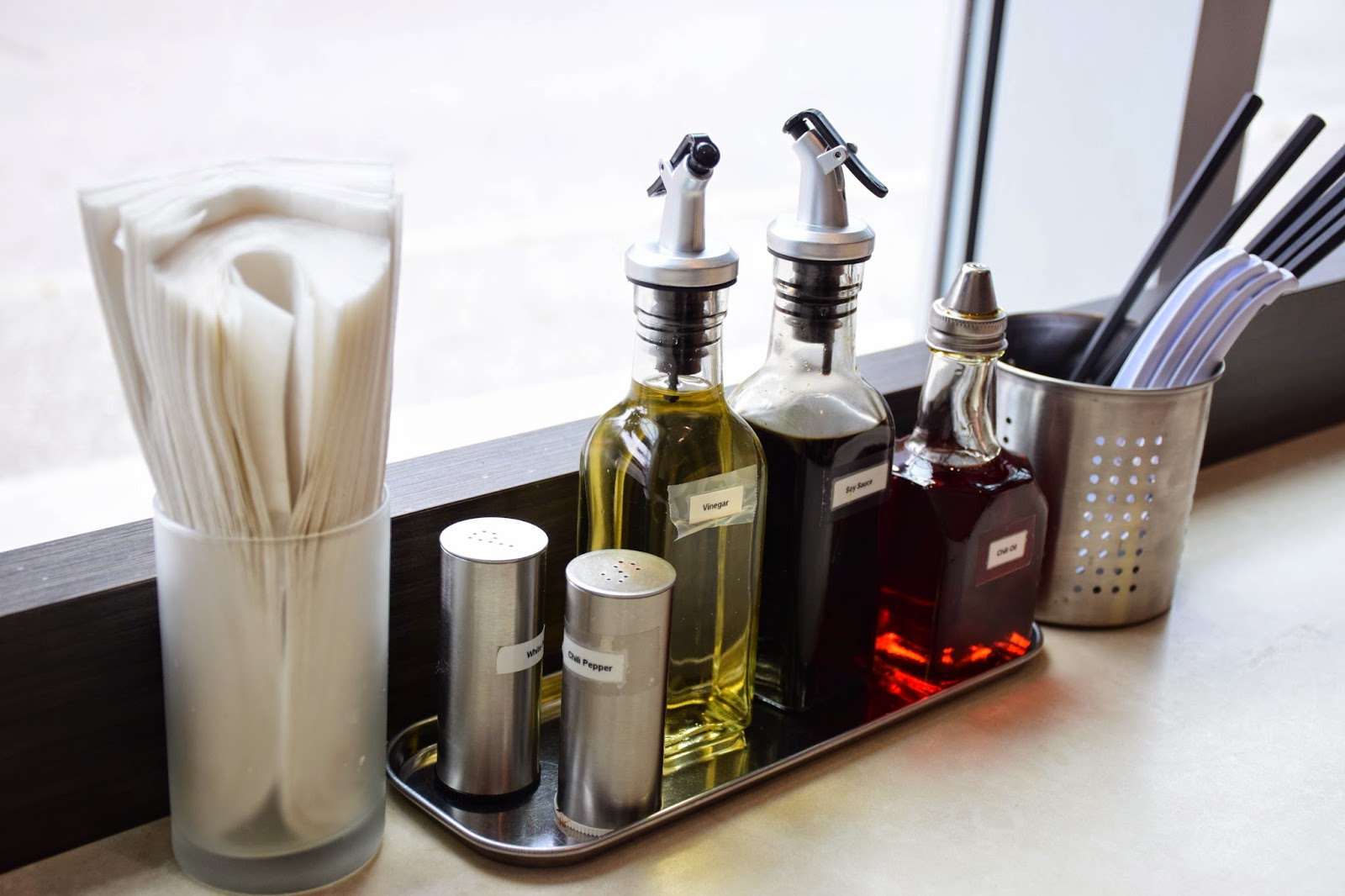 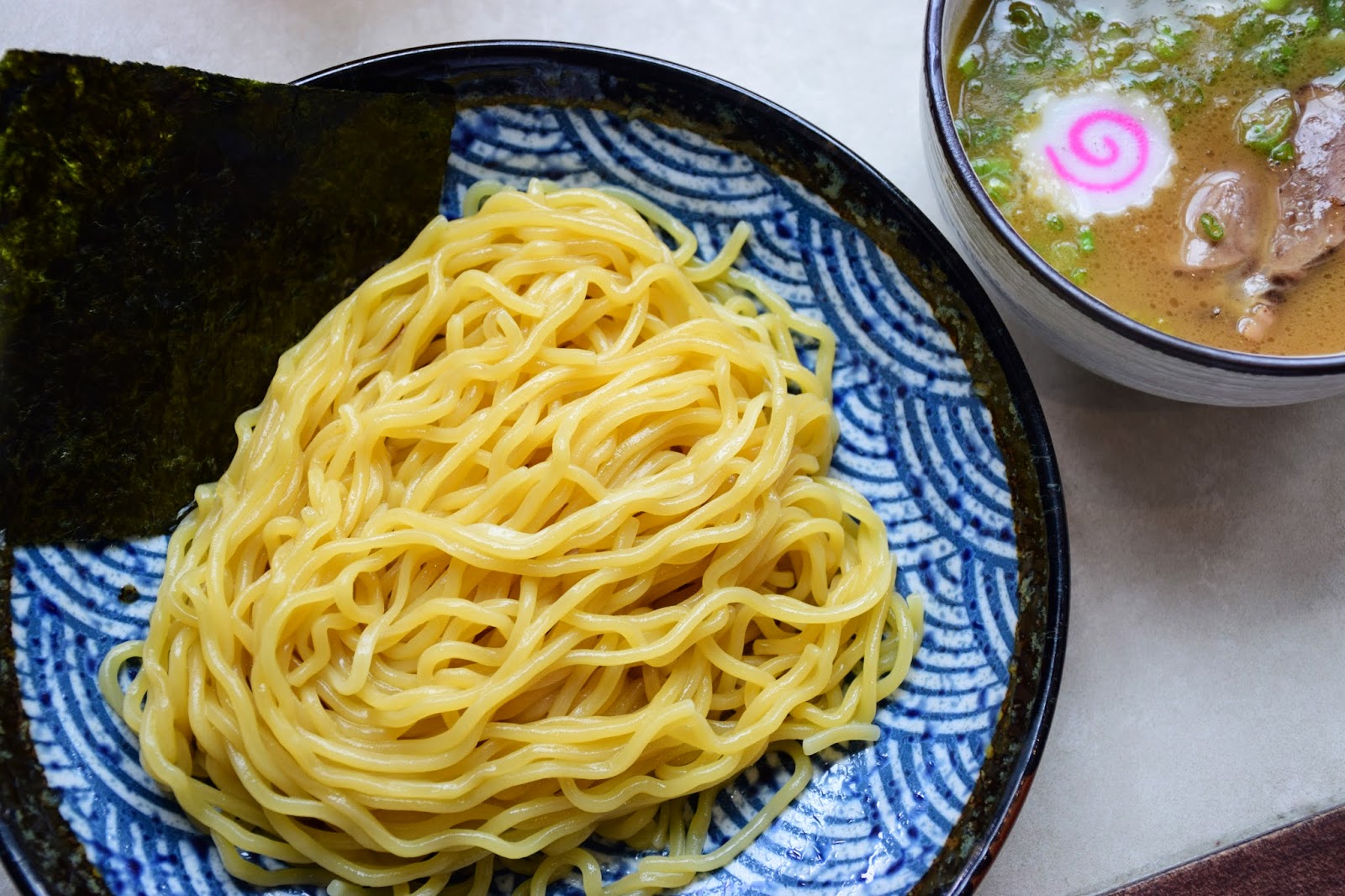 Tsukemen Ramen (Regular Size)
4/5 stars
This is their signature ramen, and it was awesome!! The noodles were cooked perfectly al dente, bouncy, and toothsome! It also comes with a side of the broth that you're suppose to dip the noodles in.  It came with 2 pieces of chasu. It was really tender but since the broth was already so salty, it masked the flavour of the chasu. 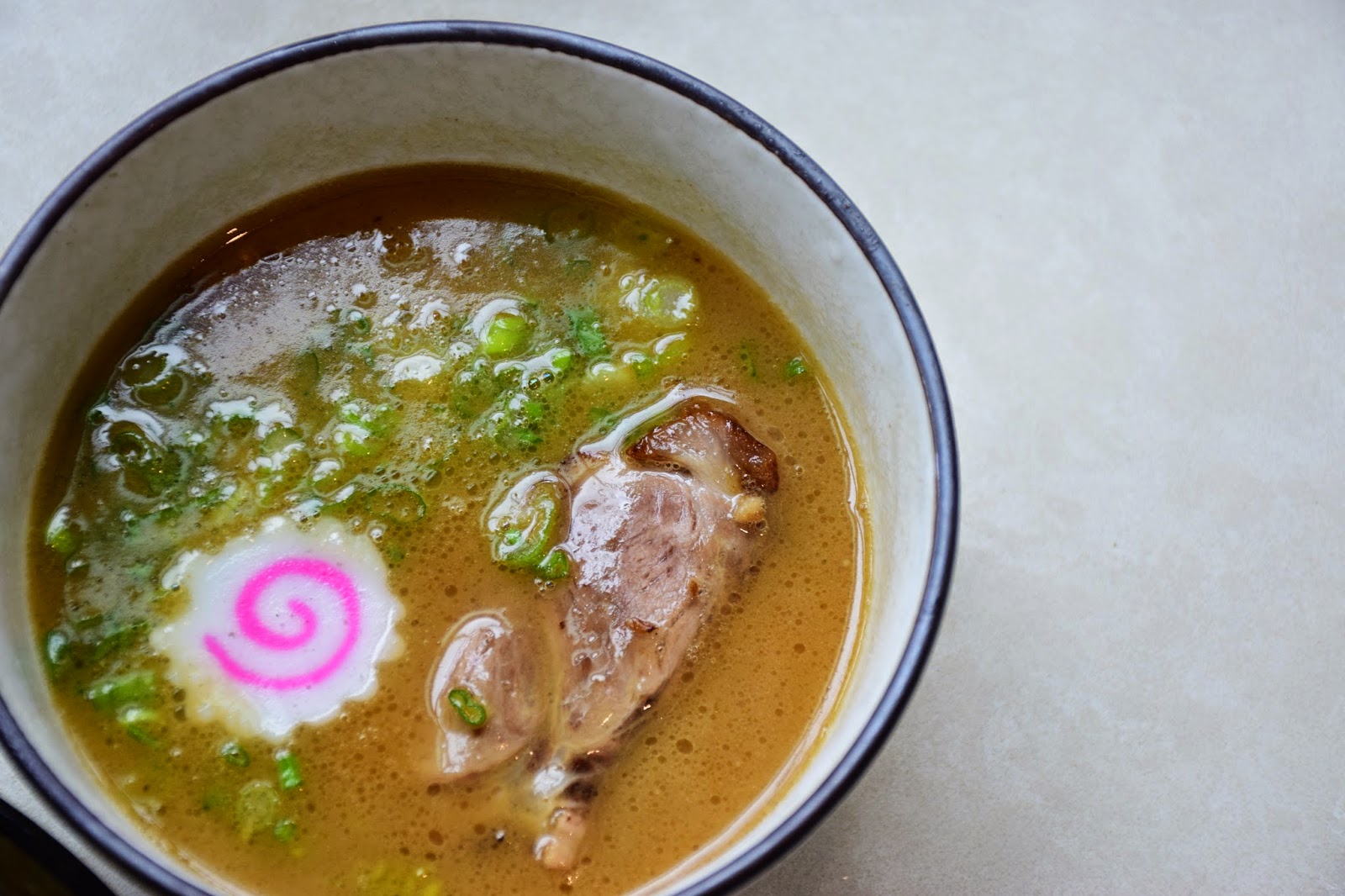 Broth
4/5 stars
You're either going to love or hate this broth, because *warning* it is heavily salted! I really enjoyed it though! Hey, better salty than bland! The broth is really thick, hearty, and well flavoured, albeit a bit greasy. The broth is served hot, but the noodles are cold, so combining the two makes your noodles lukewarm.The green onion added an extra zing and made the broth two dimensional.