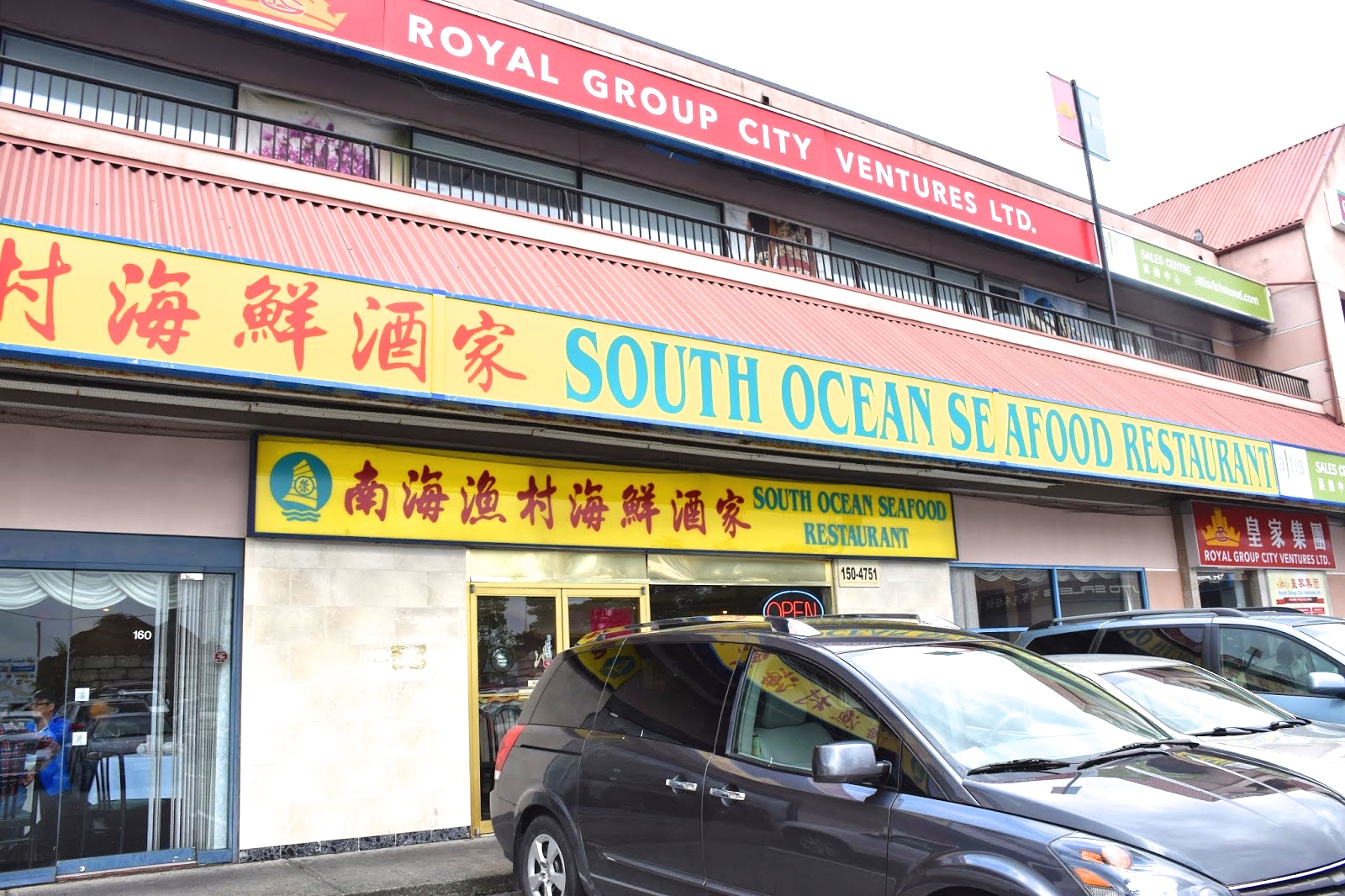 Yesterday I really wanted to go to Sura in Aberdeen but my dad INSISTED on going to South Ocean for dim sum even though he goes to South Ocean every.single.day. I'm not kidding. He eats here everyday LOL! And he always orders the same dishes!! That's why I dine alone most of the time, if it were up to him this blog wouldn't exist LOL. He loves coming here because this place has the cheapest dim sum in Vancouver! I really regret telling him about this restaurant LOL. Before he used to frequent the Jade (which is soo much better!)

SIGNATURE DISHES
South Ocean is one of the few places left that still use the cart system! Even though I prefer ordering from a sheet it's nice that you get to see the dishes and the food comes quicker!You can check out my previous post here: Dim Sum @ South Ocean This time he ordered different dishes (he was going to order the same dishes as last time) for my sake LOL.

SERVICE 2/5 stars
The service here is pretty typical of a dim sum restaurant. The servers push around the carts and tell you what they have, if you want it, they cut it up for you and mark your slip. The ladies here aren't particularly friendly but they're not rude either. They're efficient with refilling your tea, and since they use push carts, you get your food really quickly!

AMBIANCE - Casual
South Ocean is one of the lower end dim sum restaurants in Vancouver, definitely not the place to go if you're looking to impress someone! This isn't Kirin LOL. The restaurant is rather large so usually there's no wait time (unless it's a saturday.) South Ocean isn't that clean, the carpet's pretty dirty and the cups/plates look a bit worn.

VALUE - Poor/Okay/Good/GREAT
If you're looking for value, budget dim sum, this is it! It's not quality dim sum by any means, but for the price, it's more than acceptable! The portion sizes are large, and due to the high turnover rate, the food is really fresh! 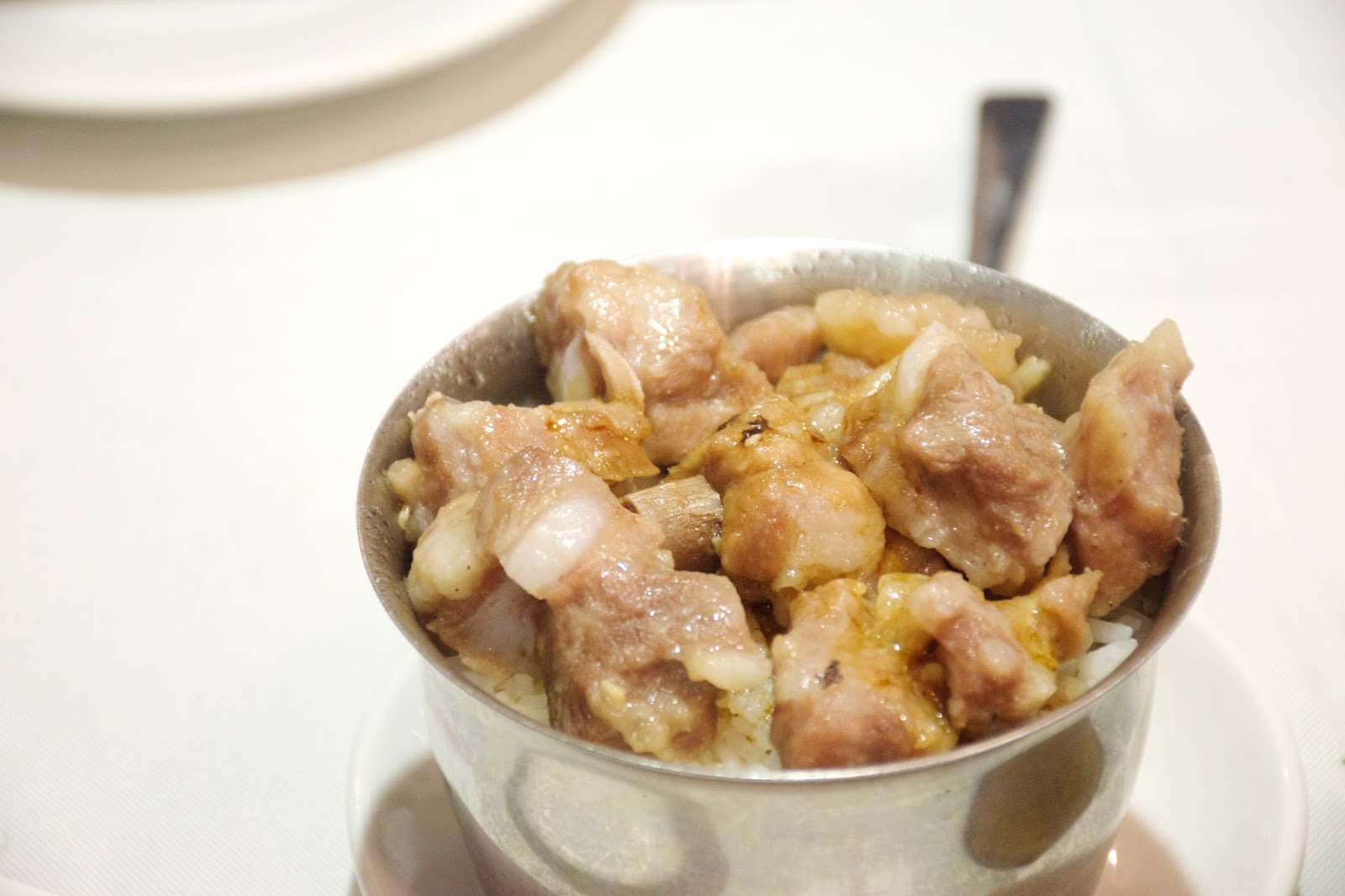 Black Bean Spareribs on Rice
3/5 stars
This is something my dad eats every other day LOL. Have you guys noticed that he orders this at EVERY dim sum restaurant? It looks small, but the container is really deep so there's actually quite alot of rice! The spareribs had a good ratio of fatty and lean pieces, and were decently moist and chewy. Not the best I've ever had, but really, not all that bad either. The spareribs were well seasoned with black bean sauce and the rice on the bottom was warm and fluffy. 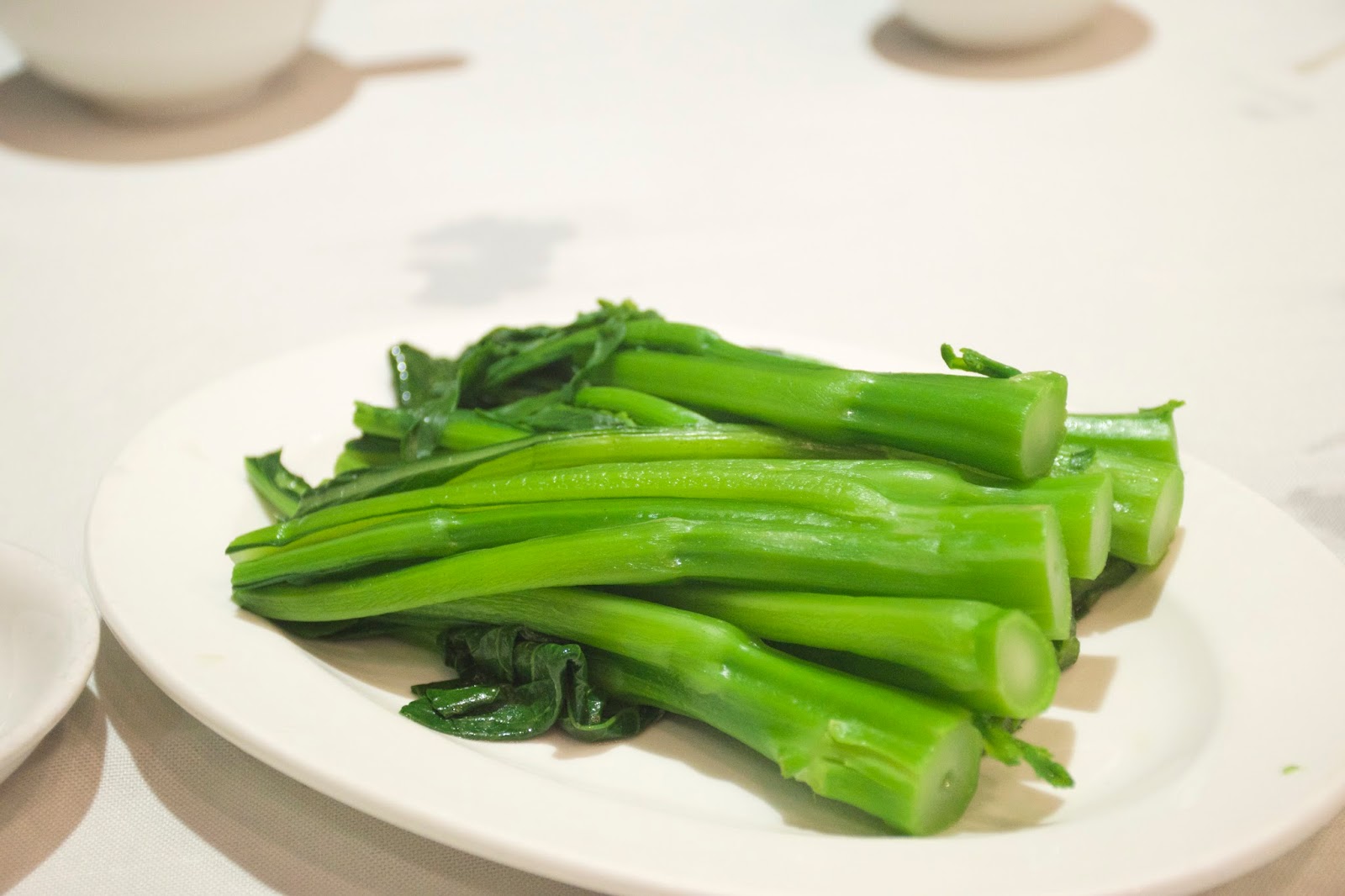 Gai Lan
3/5 stars
My dad usually doesn't order vegetables at restaurants because he thinks it's not worth the money, but since he rarely eats at home anymore he's been struggling to get his daily intake of veggies so he's been eating more vegetables lately!

I liked how they didn't pour the oyster sauce on top because that stuff is wayy too salty! The gai lan tasted fresh, and still retained it's crunch, despite being steamed. Overall, basic, and nothing really to complain about. 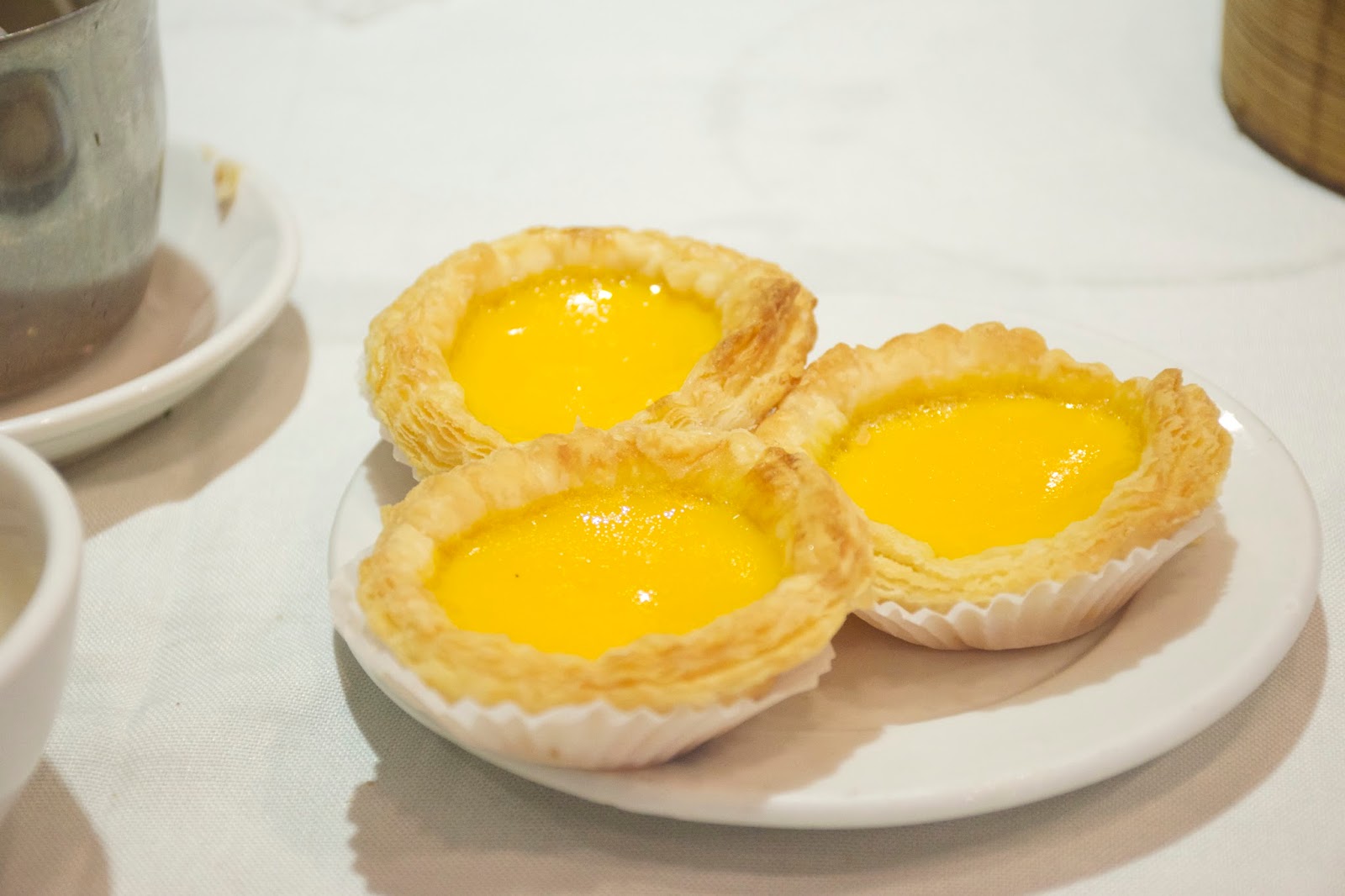 These were actually pretty good! These came out freshly baked and piping hot. The shell was super flaky, and crispy! I prefer flakier shell egg tarts than regular ones! The egg filling was smooth, pudding like in texture, and subtly sweet. 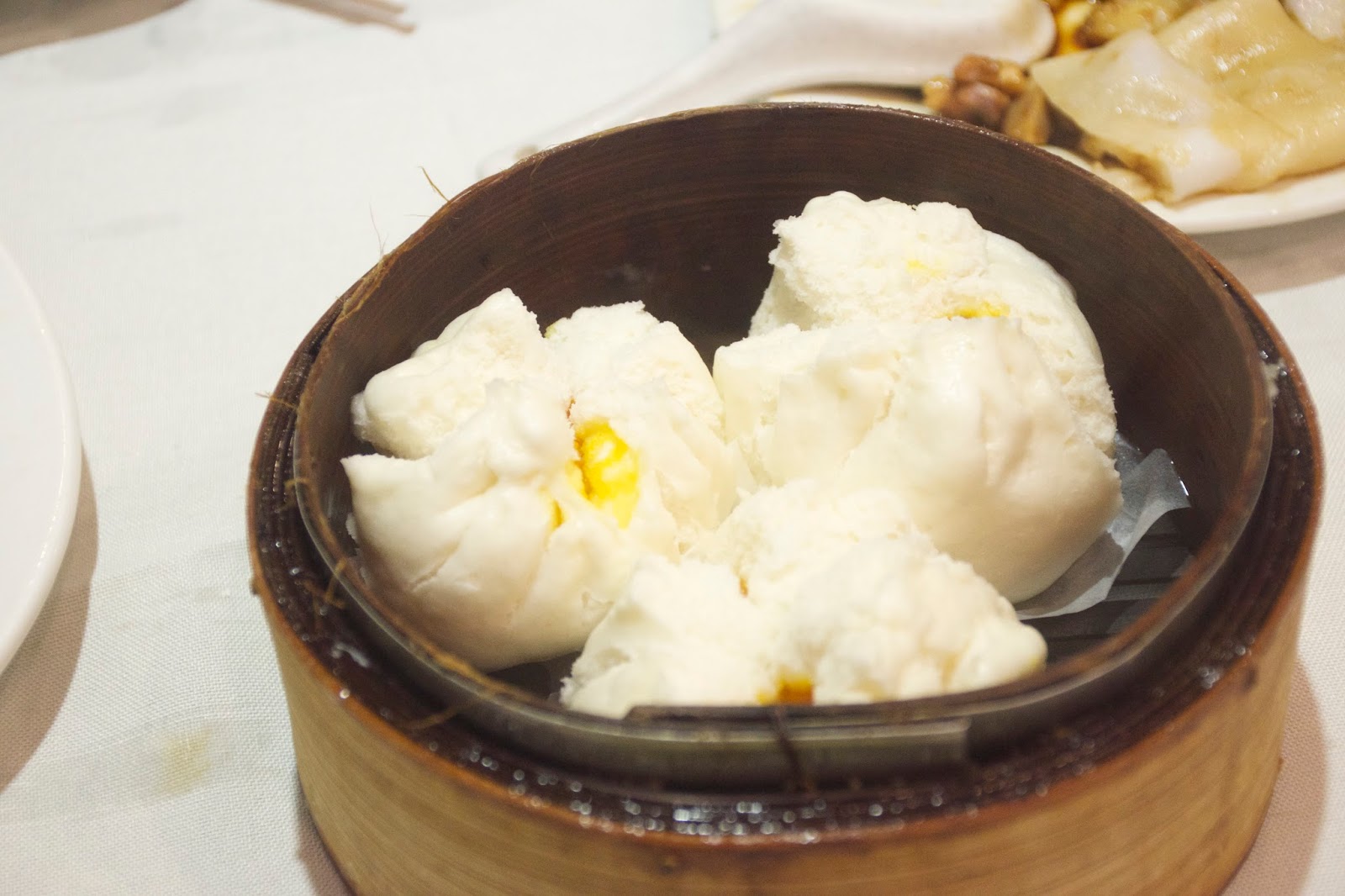 Egg Yolk Bun
2/5 stars
These were recommended to us by the server! These were alright, I still prefer the non "broken" egg yolk buns because they're filled with a runny egg yolk as opposed to a solid egg yolk (like these ones.) The bun itself was pillowy and milky in flavour. The filling was really soft and subtly sweet. 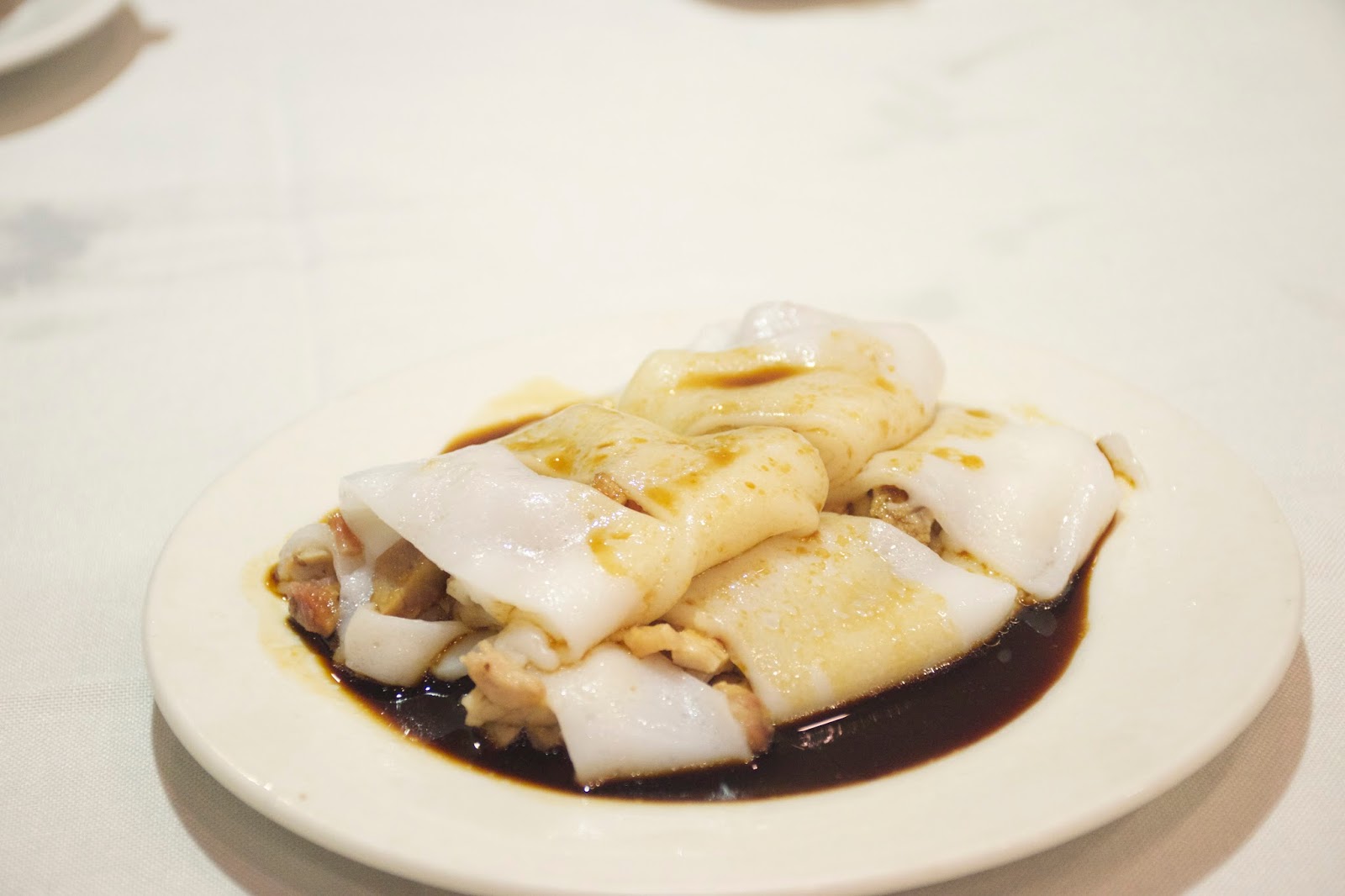 Char Siu Rice Roll
3/5 stars
Since we had the beef rice rolls last time, we opted for their char siu rice roll this time! I find the rice rolls at South Ocean to be a bit on the floppier side, because they always break when you pick them up. The interior is filled with chopped up pieces of lean char siu, soaked in a sweet soy sauce.

THE VERDICT
Overall, South Ocean is a great budget friendly place for dim sum that won't deplete your bank account! For the price, the dim sum is pretty tasty and the portion sizes are quite large! Nothing mind blowing, but still satisfying nonetheless! Just ask my dad LOL!
Labels: Dim Sum