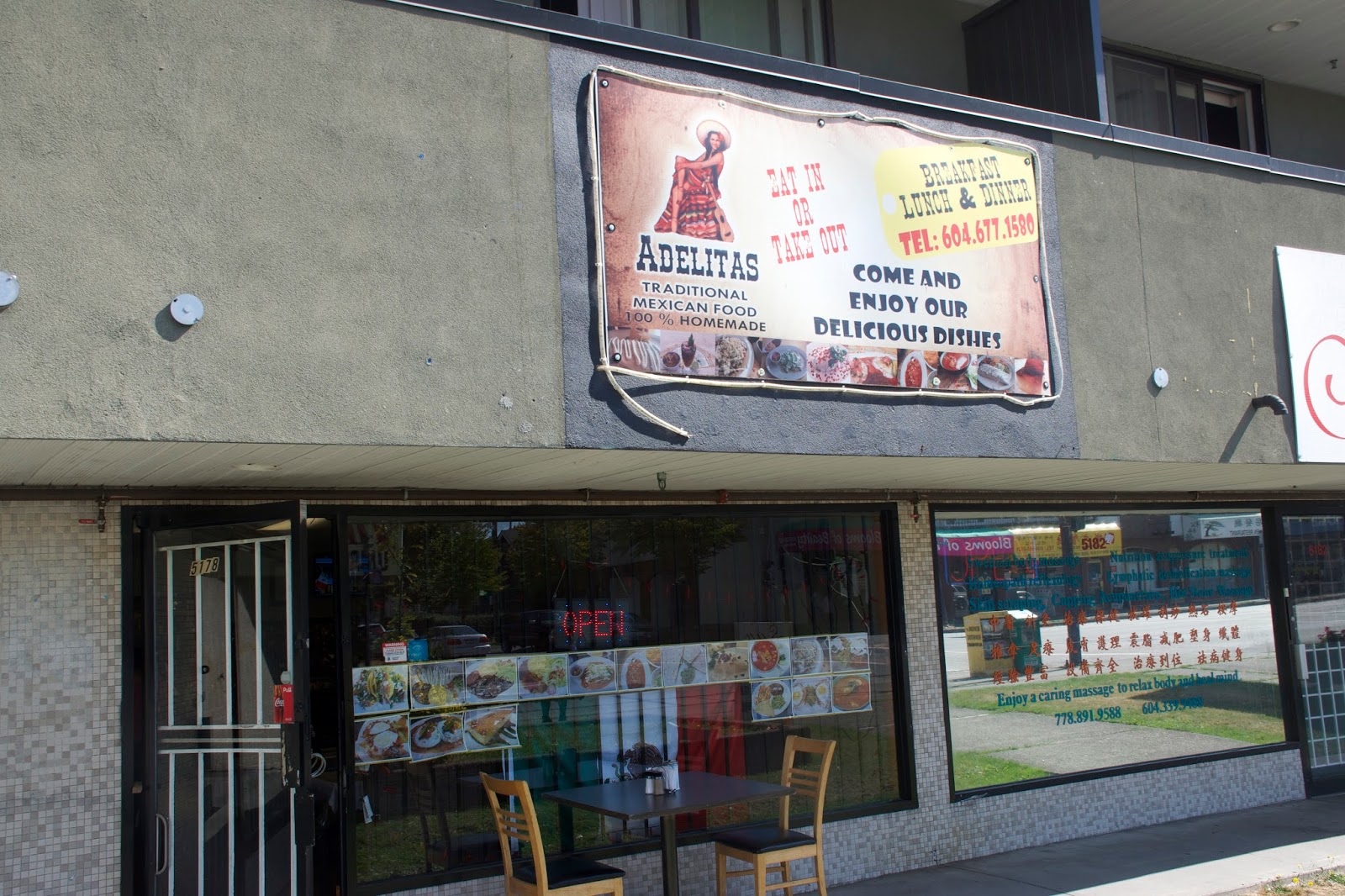 Yesterday I was craving mexican food, which rarely happens lol. And to be specific: enchiladas. So I pulled out my handy dandy yelp app, searched for mexican restaurants and Adelitas popped up! The reviews looked promising, almost all of the elites had rated this one a 4 star! And those people are hard to impress LOL!

From the exterior, Adelitas looks like a convenience store, more so than a restaurant. They're so easy to miss because the name on their sign is so small and isn't legible from the street. If you're looking for it they're located on Victoria Drive, across the street from Kalvin's Szechuan Restaurant!


Signature Dishes
Adelitas is a hole in the wall that serves up homestyle Mexican food!  There's actually another Mexican restaurant one door down from them, called El Carchol!

Here's a sample of their menu: Chicken in Mole Sauce, Chile in Nogada, Chile relleno, Cochinita Pibil, Burritos, Enchiladas, Pastel Azteca, Tstadasndepollo. For such a small restaurant, they have quite a variety! They even have a dessert menu! I really wanted to try their cheese flan, but I was too full haha.

Service
It did take them a while to take my order because the waitress was talking to her customers, but she was quick to apologize. Adelitas is a family run business so there seemed to be only one waitress in the restaurant, and one chef in the back. After ordering my food came out much quicker than I had expected.

Ambiance
The place is really small and can only seat about 20 or so people. The decor is really simple, with cute paintings hanging on the wall! In the back they have these huge sombreros hanging on a coat rack! :D The ceilings are really low so it can get a bit stuffy in there, but it wasn't that big of a deal.

Price - Midrange $$
Tacos are $4 each which is a bit pricier than most places. Most of the meal sets start at $12.50. Not bad, but certainly more expensive than your average hole in the wall!

Value - Good
Yes, the prices aren't cheap, but in return, the portion sizes are quite substantial! With my meal I also got a large helping of rice and beans! The quality was there: everything tasted fresh, and they didn't skimp out on any of the ingredients. 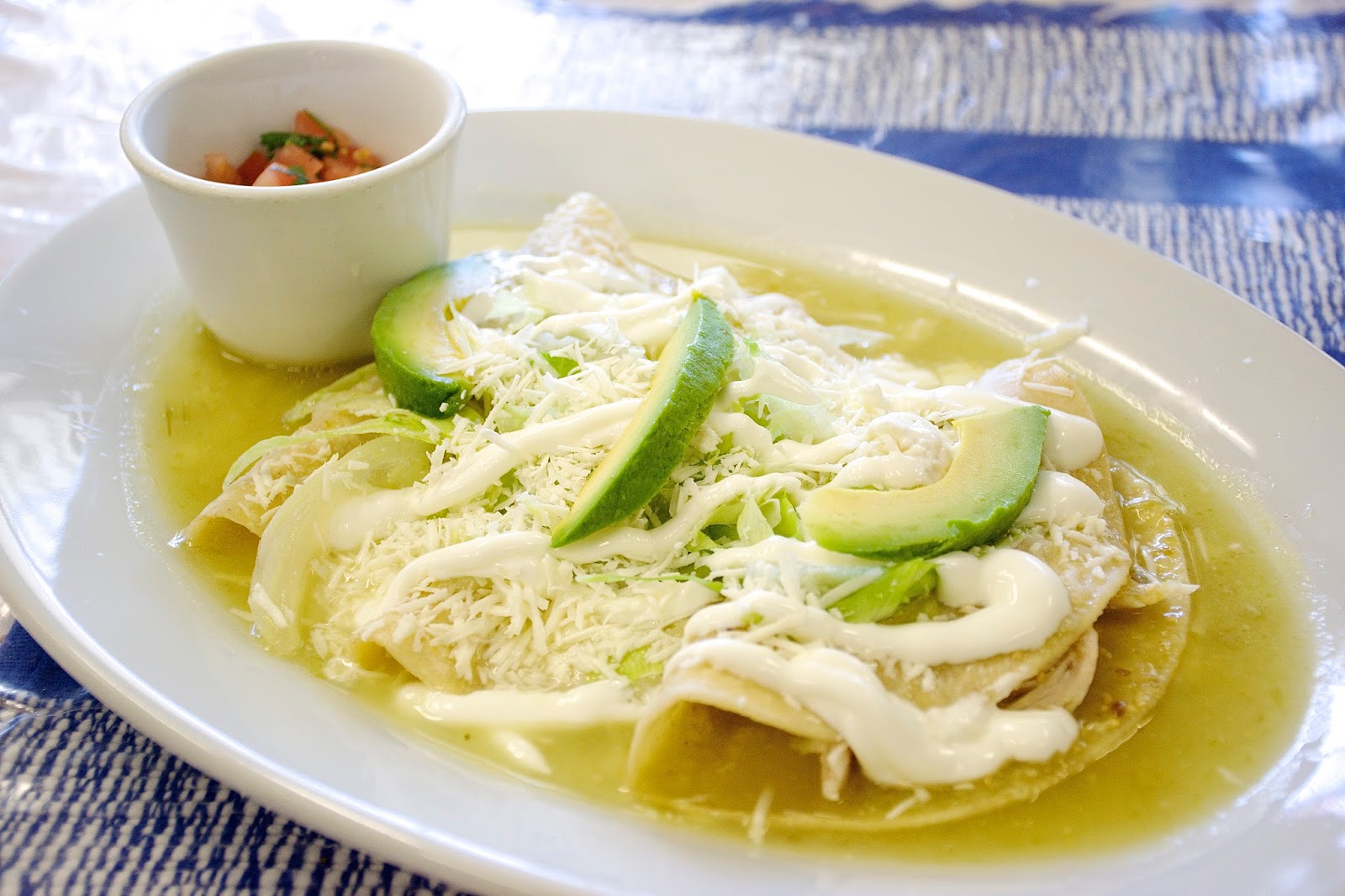 Chicken Enchiladas w/ Green Sauce
3/5 stars
You have the option to choose between green, red or chocolate sauce and I chose the green sauce (because it was recommended on yelp lol)! You can also choose between chicken, beef, or veggies for your filling, and I went with chicken, which is their most popular option.

The green sauce can best be described as tangy. This whole dish was tangy. Especially from the sour cream. I actually found the sour cream to overpower the flavour of the cheese. The tacos get a bit soggy from soaking in the sauce, but that was inevitable. The taco shell was really thin and tasted strongly of corn. The avocados on top were fresh and paired well with the colour of the green sauce lol! 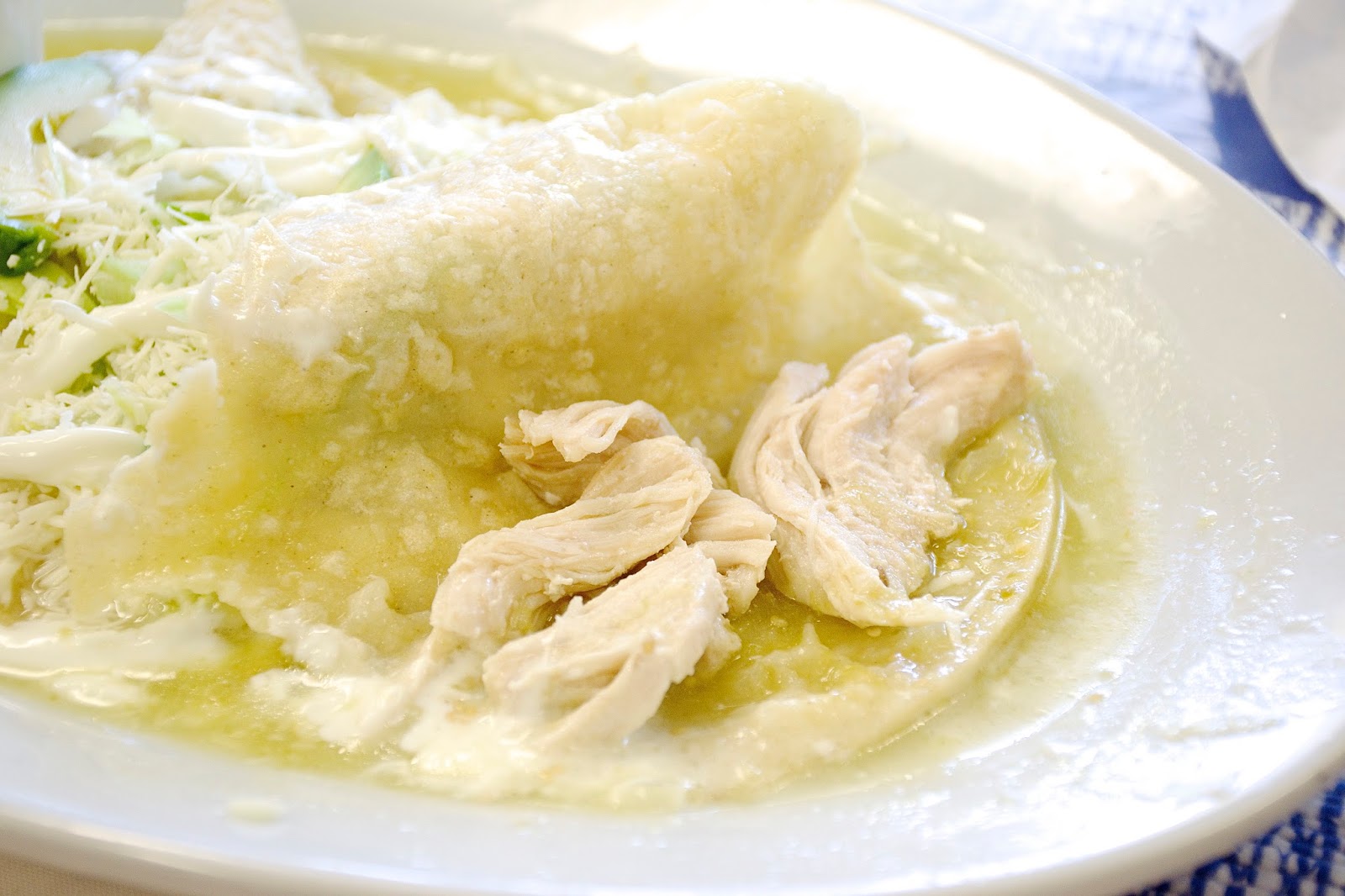 Here's a look at the inside! The chicken was really lean and had soaked up a ton of the flavours from the sauce! 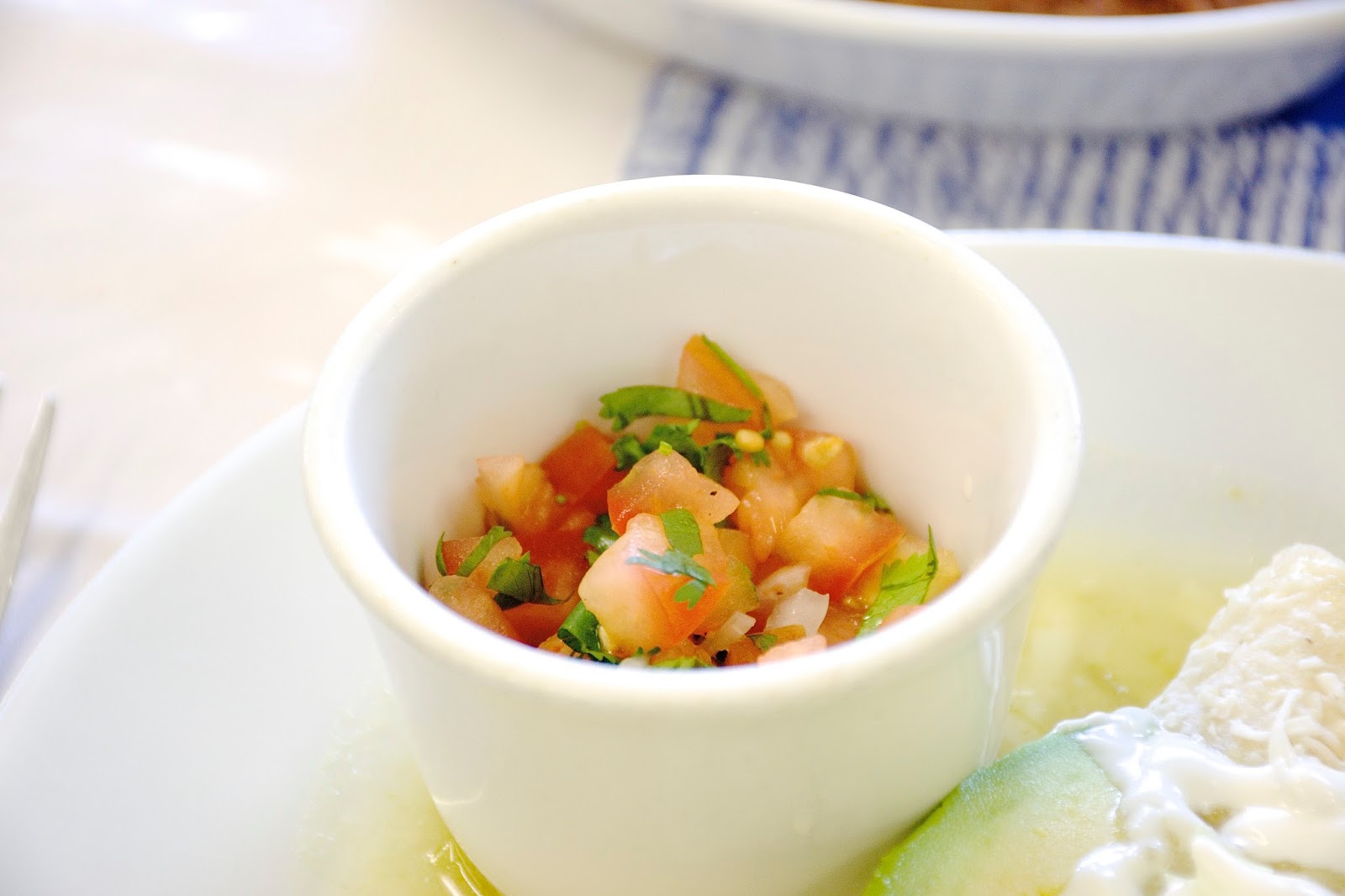 Salsa
4/5 stars
One word to describe this: FRESH. The tomatoes were super "zingy" and the cilantro bits just burst in my mouth. The chopped onions really came through. It was flavoured with this tangy vinaigrette which really helped bring out the flavours of the veggies. So simple but so good! 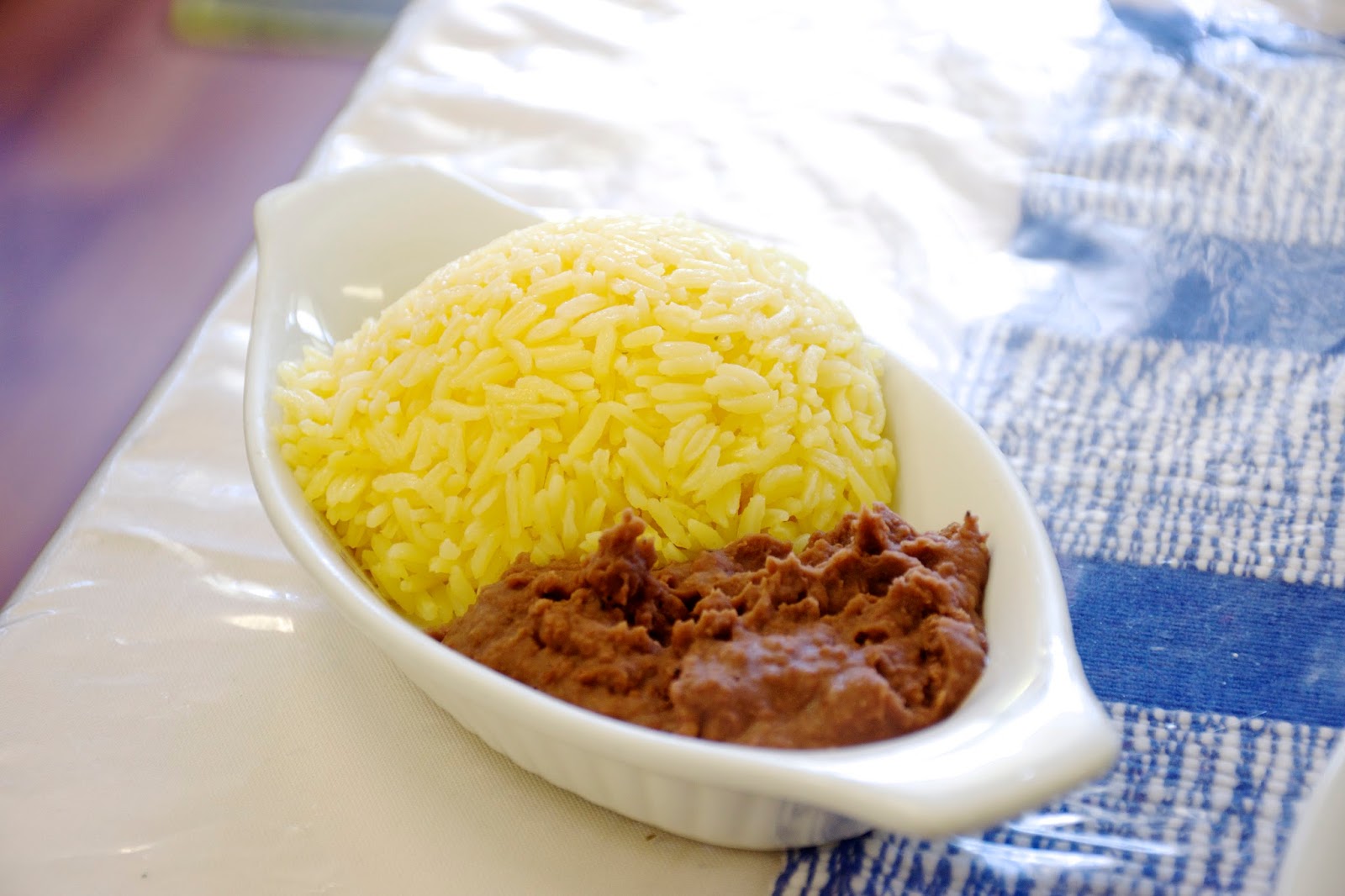 Rice & Beans
3/5 stars
I really liked the rice hehe! It was actually sweet, and slightly hard in texture. The beans were really mushy in texture and had a slight spice to them. I'm not too fond of beans but I really liked this haha! The portion size was generous, and after finishing the entire combo, I was pretty full!

The Verdict
Overall, Adelitas is a great place for some authentic homestyle Mexican Eats! The food was tasty, but not that memorable. Would I come back here? Probably not. But if you're looking for some Mexican food in the area, Adelitas is a solid choice!