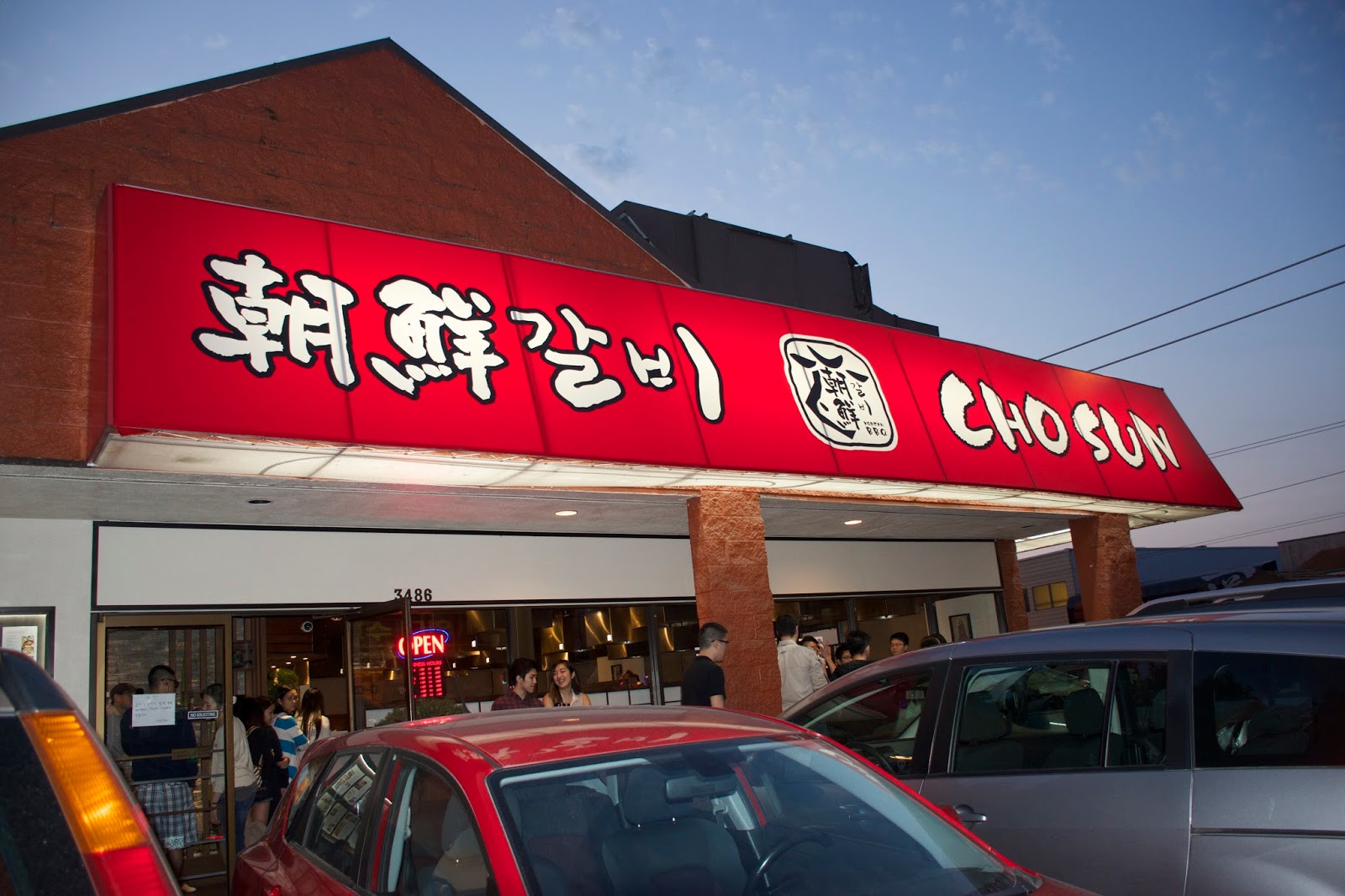 Yesterday my dad and I were driving around Kingsway debating where to eat dinner! My dad suggested Sui Sha Ya! SERIOUSLY dad?!! Of all places?! I told him that they had already closed down, but he didn't believe me LOL. If he wanted AYCE Sushi we should go to Kingsway Sushi instead. We did park in front of Kingsway sushi, but we changed our minds so we kept on driving! I wanted to go to Lucky Noodle for Hunan but my dad wasn't in the mood for chinese, so he suggested Cho Sun instead!

There were so many people when we got there! We even bumped into one of my dad's students there LOL what a small world eh? We ended up having to wait 20 mins for a seat because we didn't have a reservation. By the time we left there was already a huge lineup congregating outside, goes to show how popular this place is! Hey, can you blame them? Who doesn't like Korean BBQ?! :D

Signature Dishes
Cho Sun specializes in Korean BBQ! If you're not in the mood for BBQ they have a wide selection of korean dishes like seafood pancakes, Galbi Tang, Gom Tang, bimbimbap, etc. They even have sushi LOL which isn't surprising considering 50% of sushi restaurants in Van are run by Koreans!

Service 3/5 stars
Literally 3 mins after we had ordered all the food arrived! They brought us  extra banchan, rice, and plates on request. The servers were really quick since they were so busy! They did their job, nothing more, nothing less. No smiles or thankyous, but I didn't mind LOL.

Ambiance - Casual
The restaurant is actually really nice, tastefully decorated with Korean decor. The tables are separated into booth seating which allows for more privacy! The seats are cushioned which makes it extra comfy!

Price - $$
If you're in a group, your best bet would be to go with their combo BBQ sets. They have 4 types of combos:

Value - Okay
We ended up spending over $50 for our meal, which is kind of pricey imo. Sure, we got rib eye, but we still didn't feel like the food justified the cost. There wasn't alot of food and we felt that the value just wasn't there. 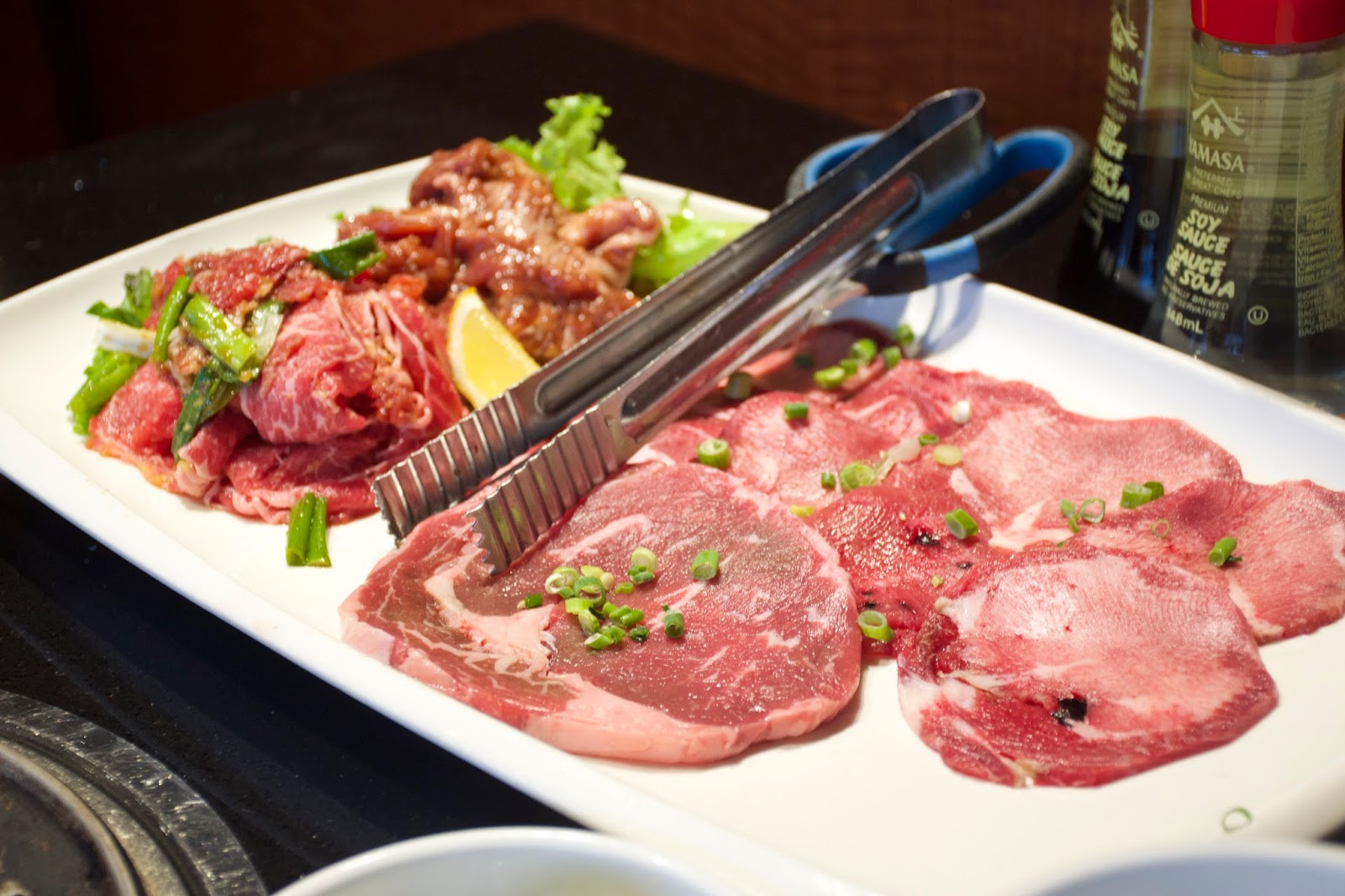 The rib eye was nicely marbled with fat with rendered the meat nice and tender. The rib eye wasn't marinated so you have to dip it in the sauce they provide for extra flavour.  On it's own it just tasted...beefy LOL. The tongue was decent, I'm not a huge fan of tongue to begin with haha, so I only ate one piece. 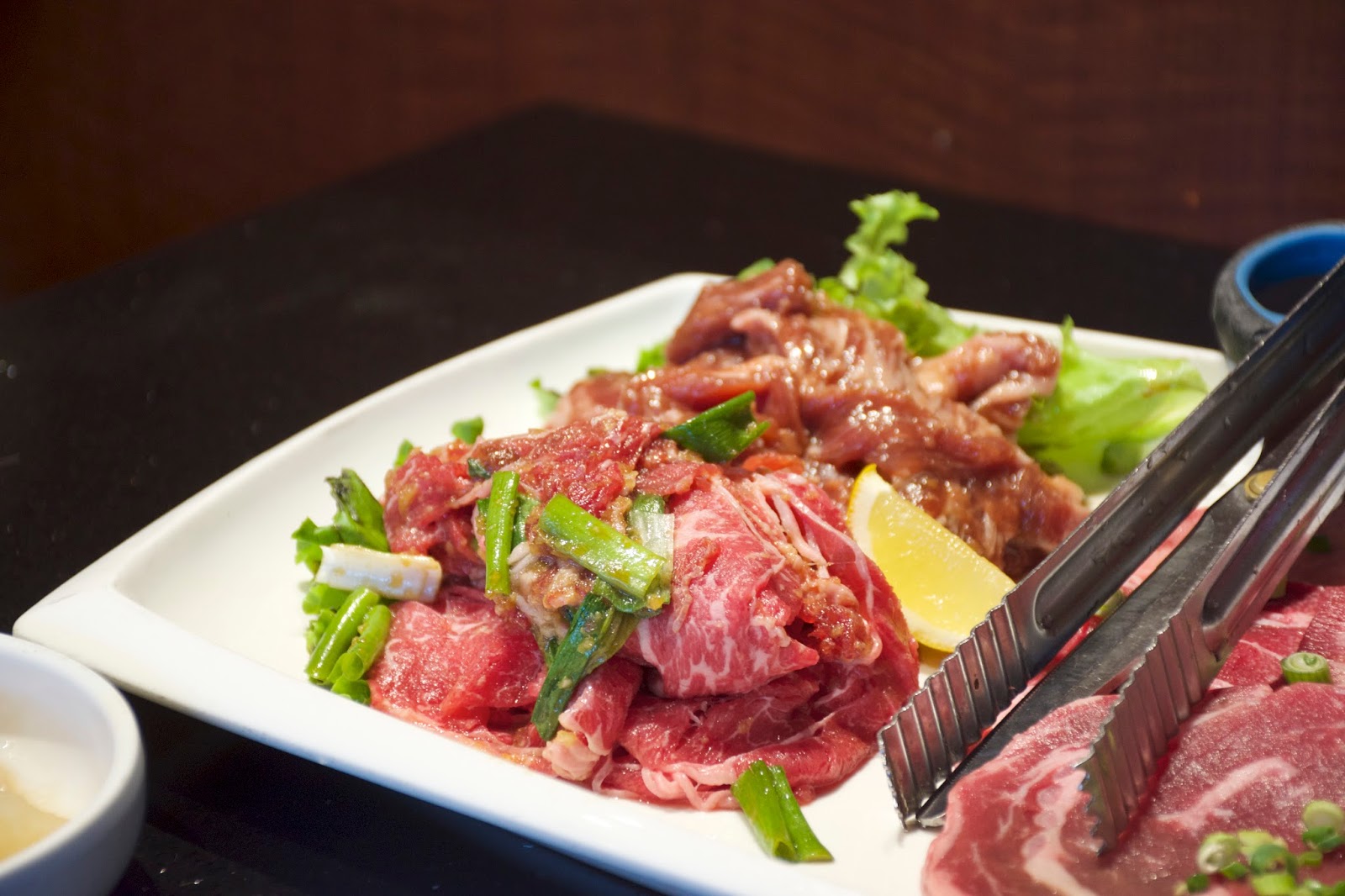 Beef Bulgogi
3/5 stars
The bulgogi was really chewy and had a good amount of fat on it. The meat had some seasoning on it but it wasn't enough so extra sauce was still needed. The chives on top added some extra flavour. I thought the portion size was a little on the small side though. 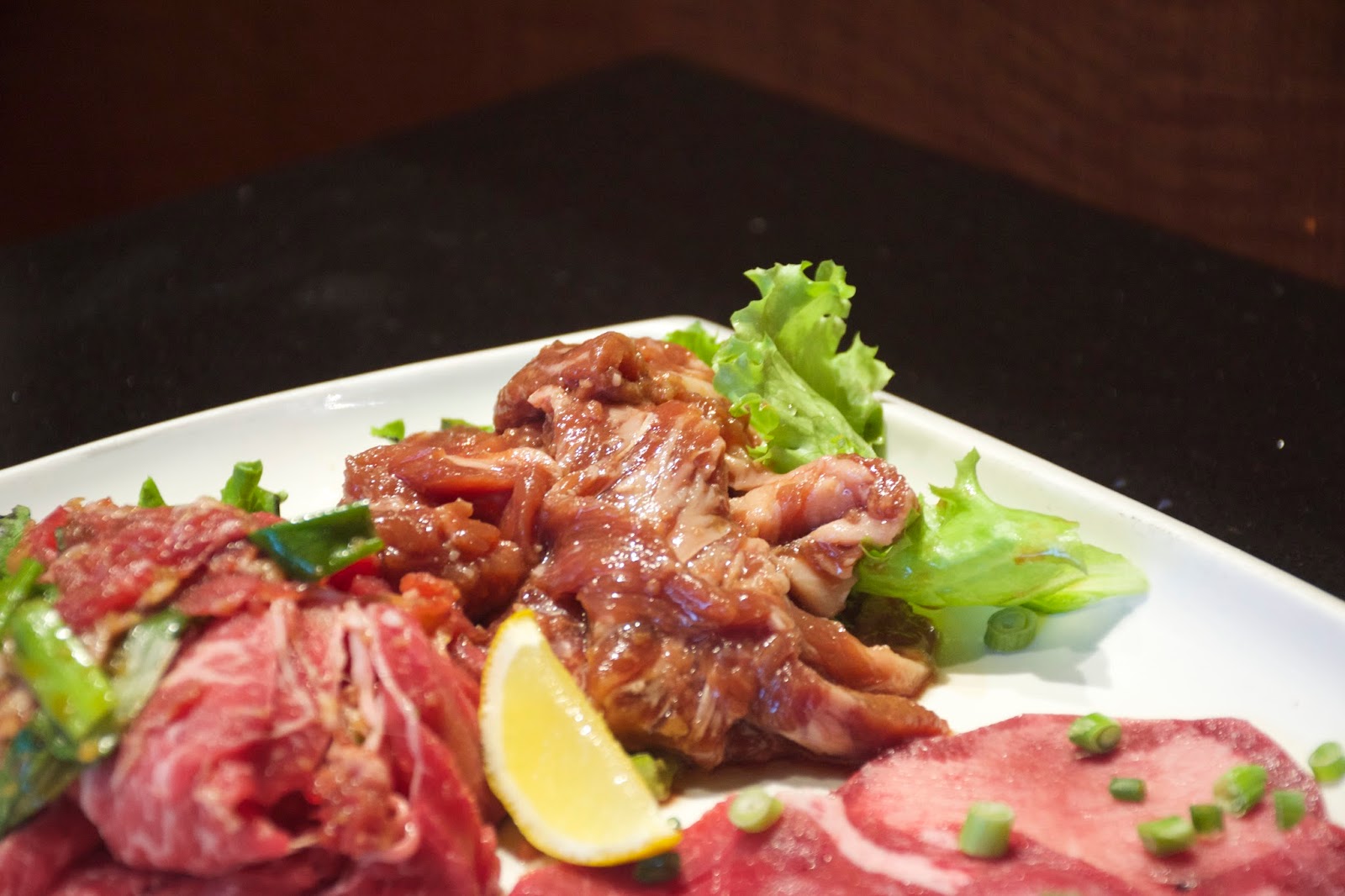 Juicy Galbi
4/5 stars
The juicy galbi was my favourite! Like the name suggests, it was super juicy and moist! It was oozing with flavour, having been marinated in a sweet, teriyaki sauce. It wasn't too lean, and had the perfect amount of fat in it! 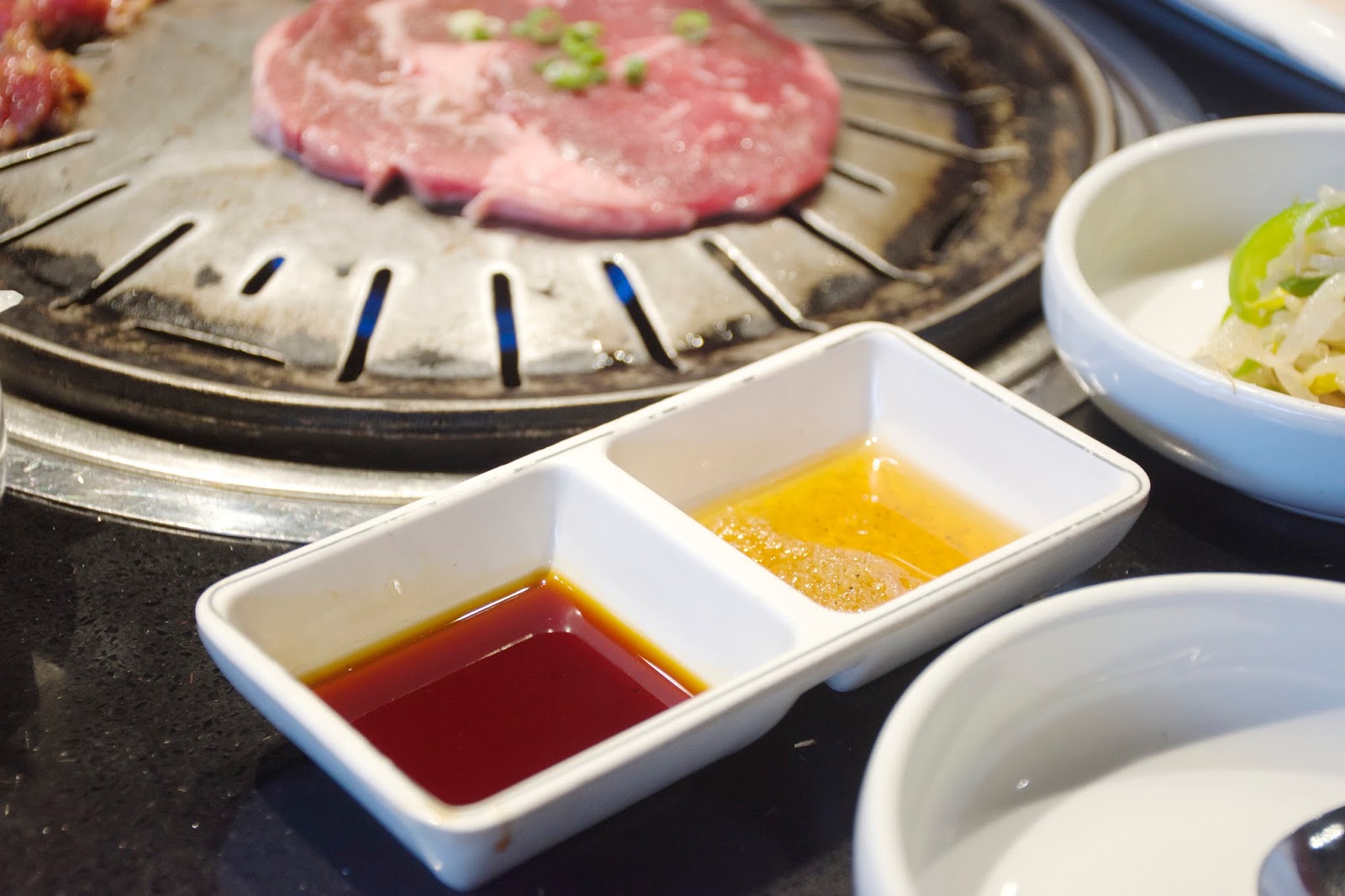 I liked the soy sauce, it was sweet- salty, with an underlying unami flavour. At first I thought the yellow sauce was garlic or something but turns out it was actually salt w/ sesame oil LOL. The sesame oil actually paired surprisingly well with the meat! 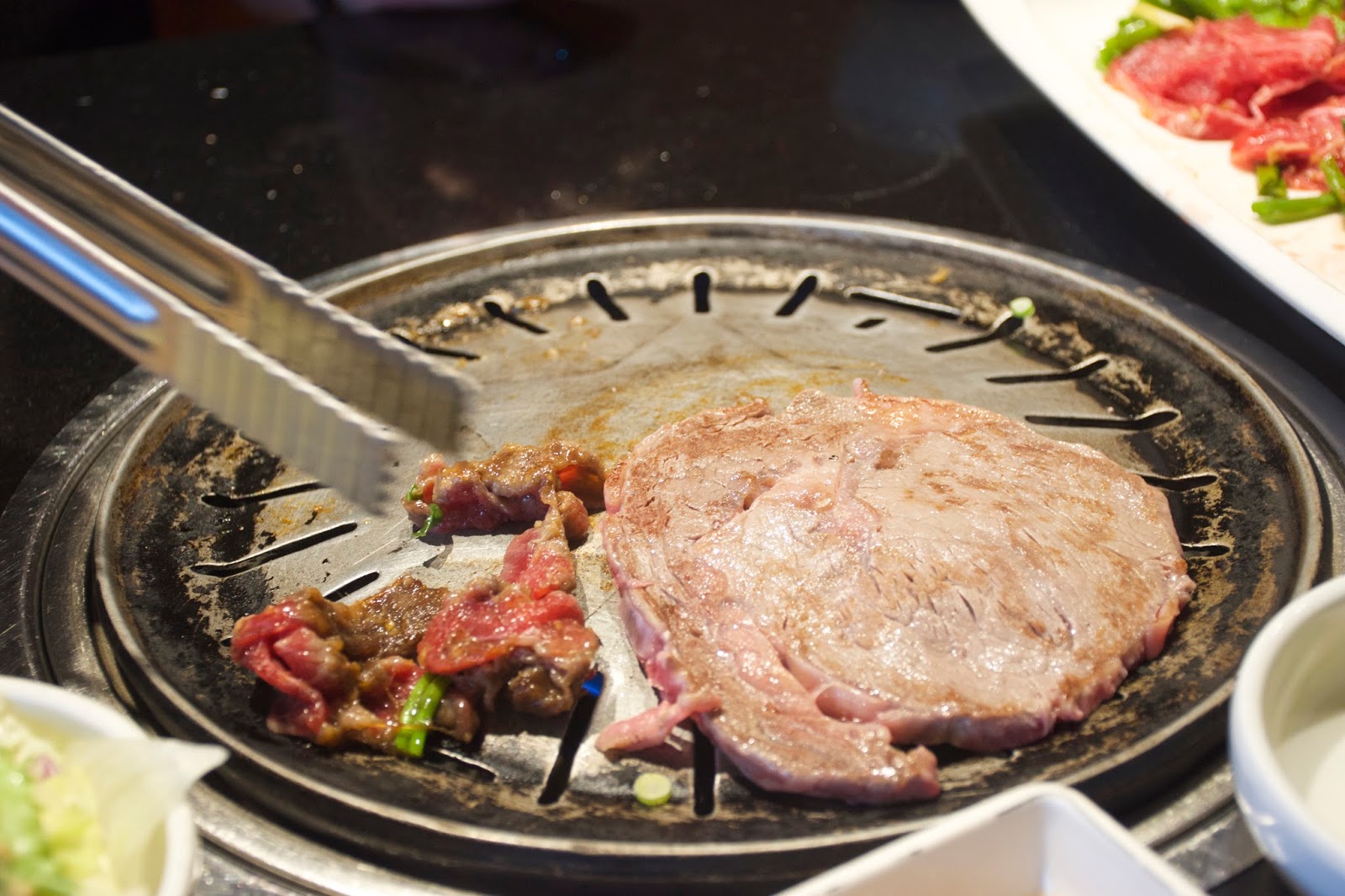 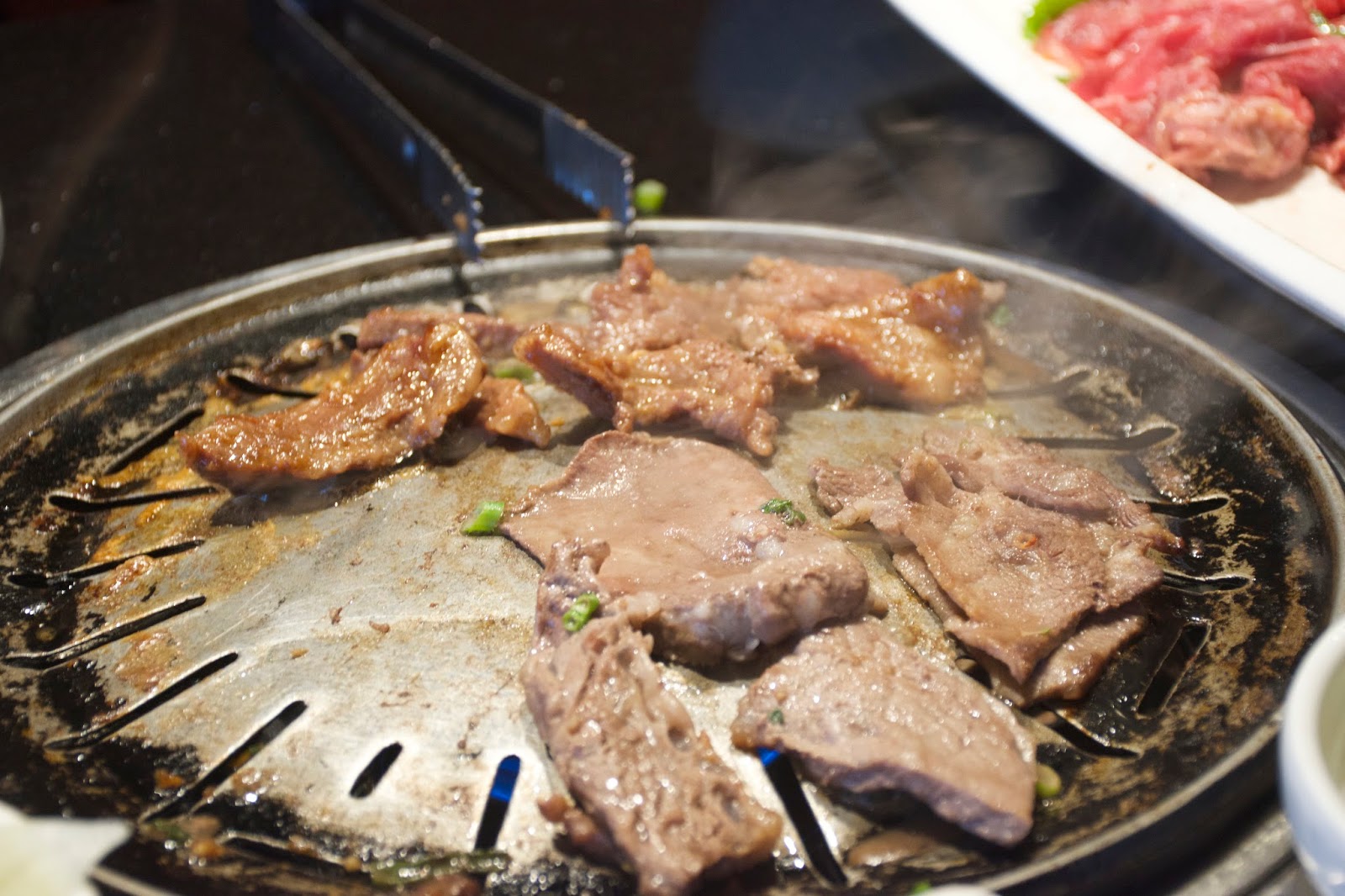 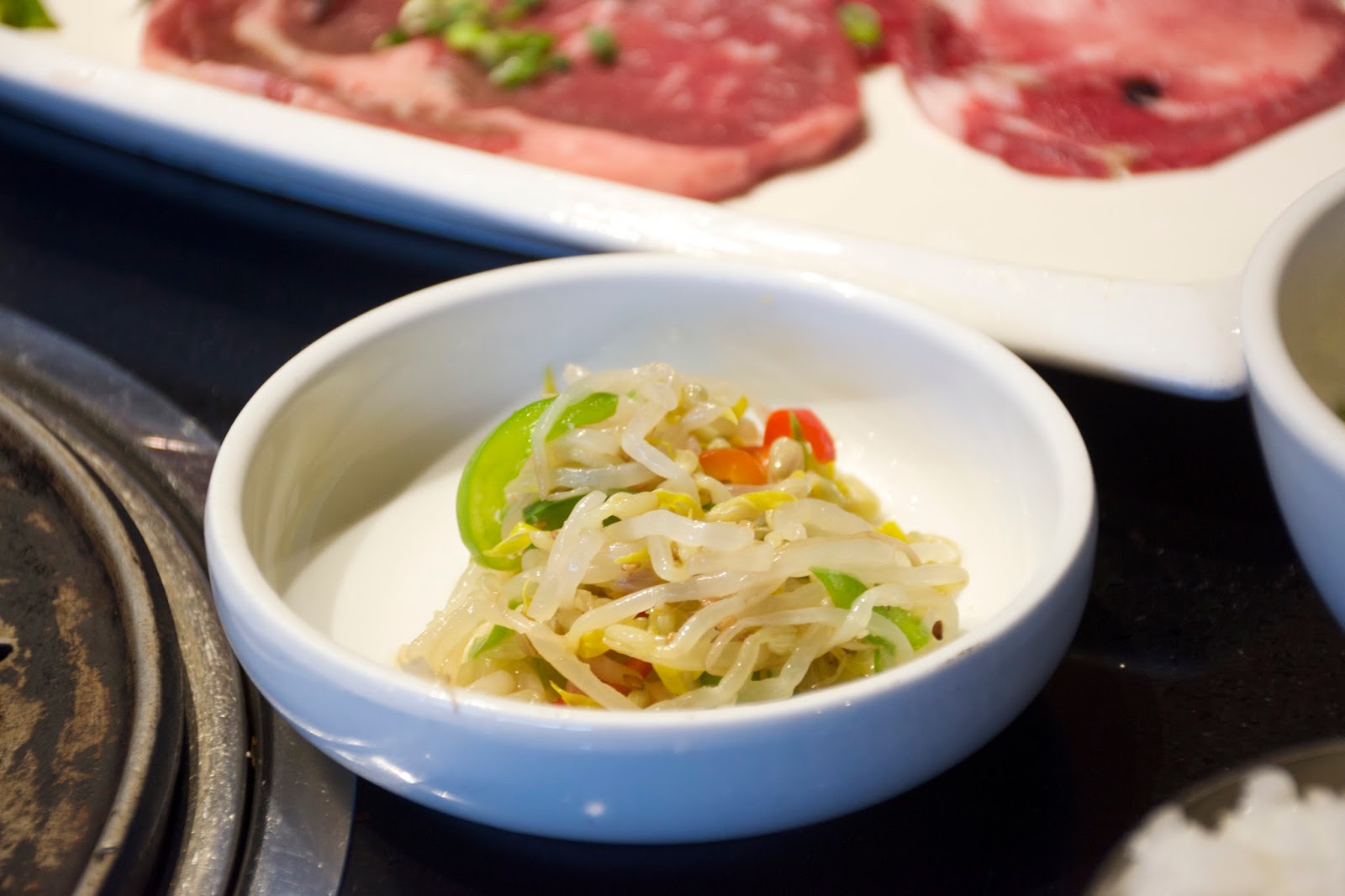 Bean Sprout Banchan
3/5 stars
Like most Korean restaurants, you also get banchan on the side, which comes with unlimited free refills! We did end up refilling our banchan once haha! The bean sprouts were crunchy, sour, with a hint of sesame oil. Probably my second favourite out of the bunch! 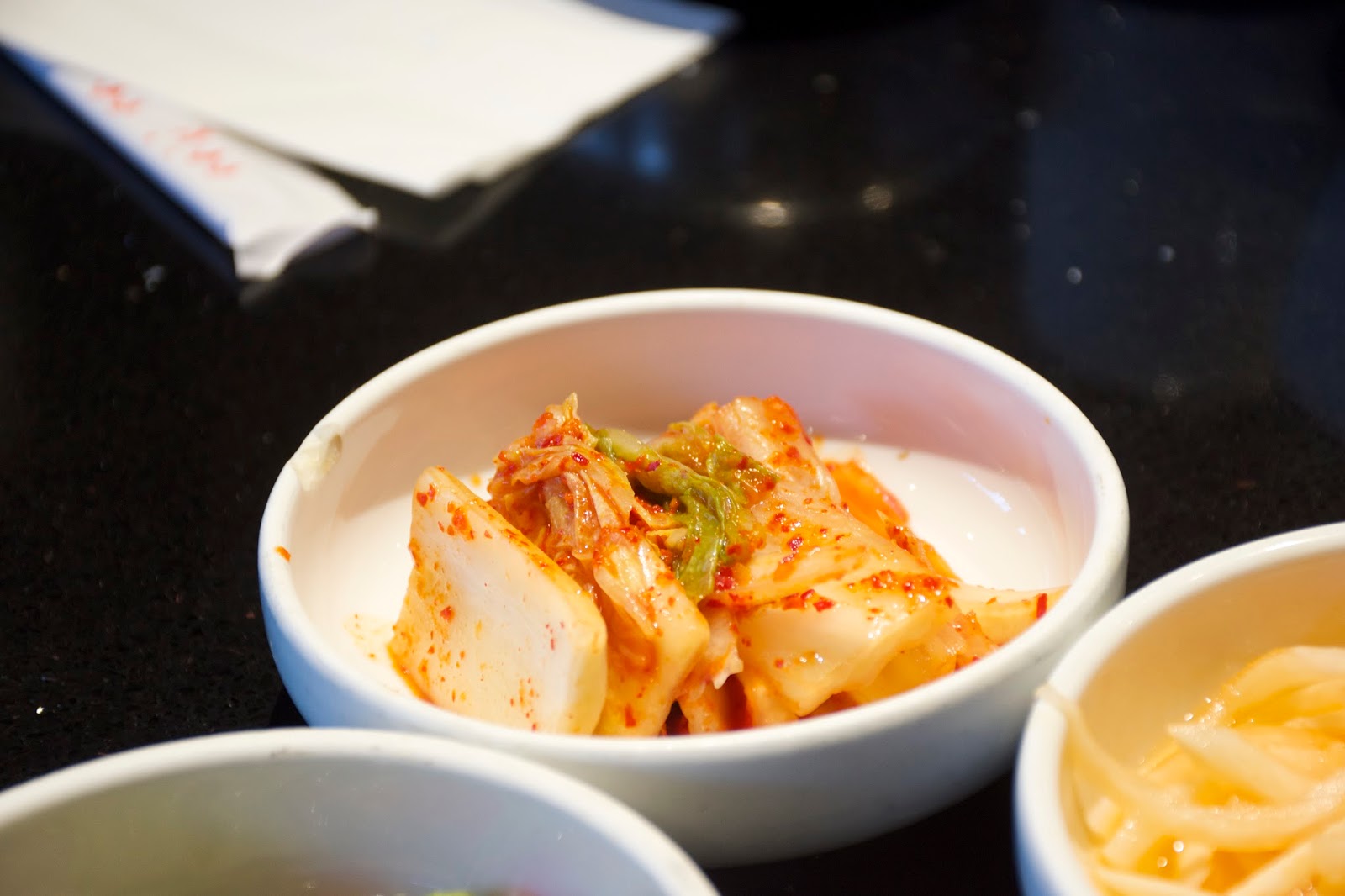 Kimchi
3/5 stars
This was pretty standard, nothing out of the ordinary. The kimchi was crunchy, and predominately sour. I didn't find it spicy...at all lol 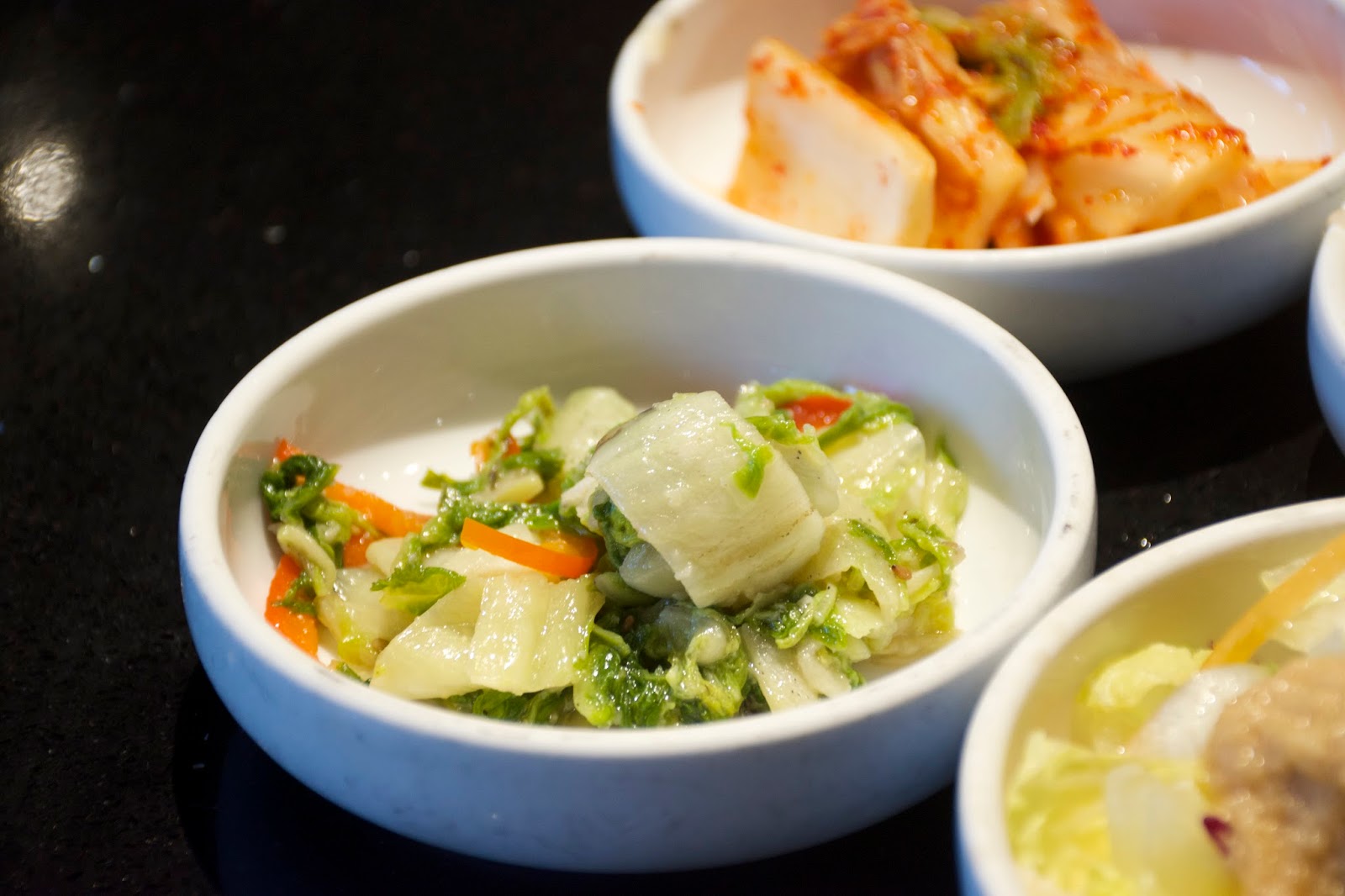 Vegetable Banchan
3/5 stars
This was salty, and like the other dishes, had a distinct sour undertone. There was also some carrot shreds and chopped up onion in it. 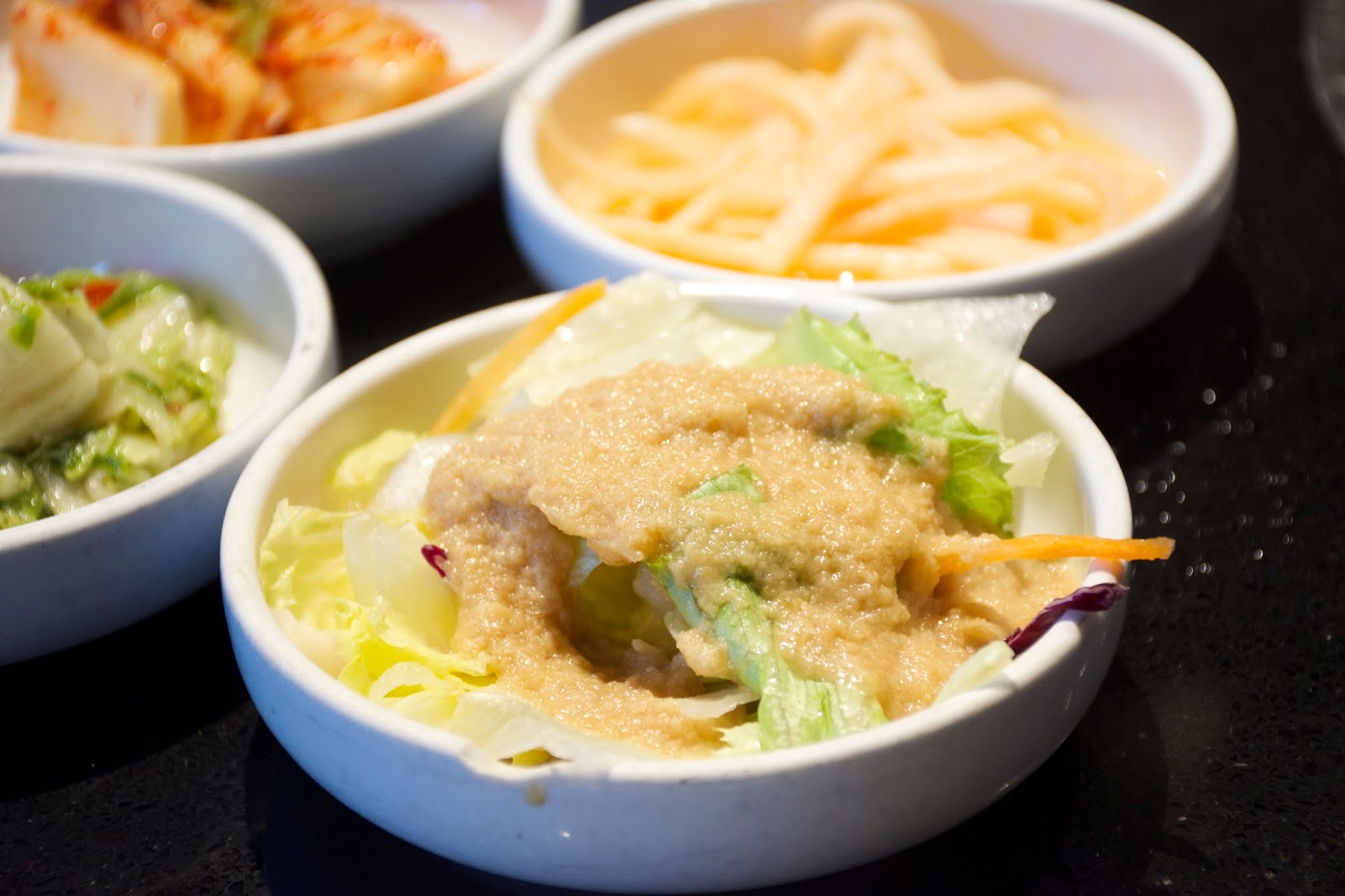 Salad
1.5/5 stars
This is similar to the salads you get at AYCE sushi joints lol. The veggies were crunchy and tasted reasonably fresh. The sauce was gloopy, with a strong ginger flavour. 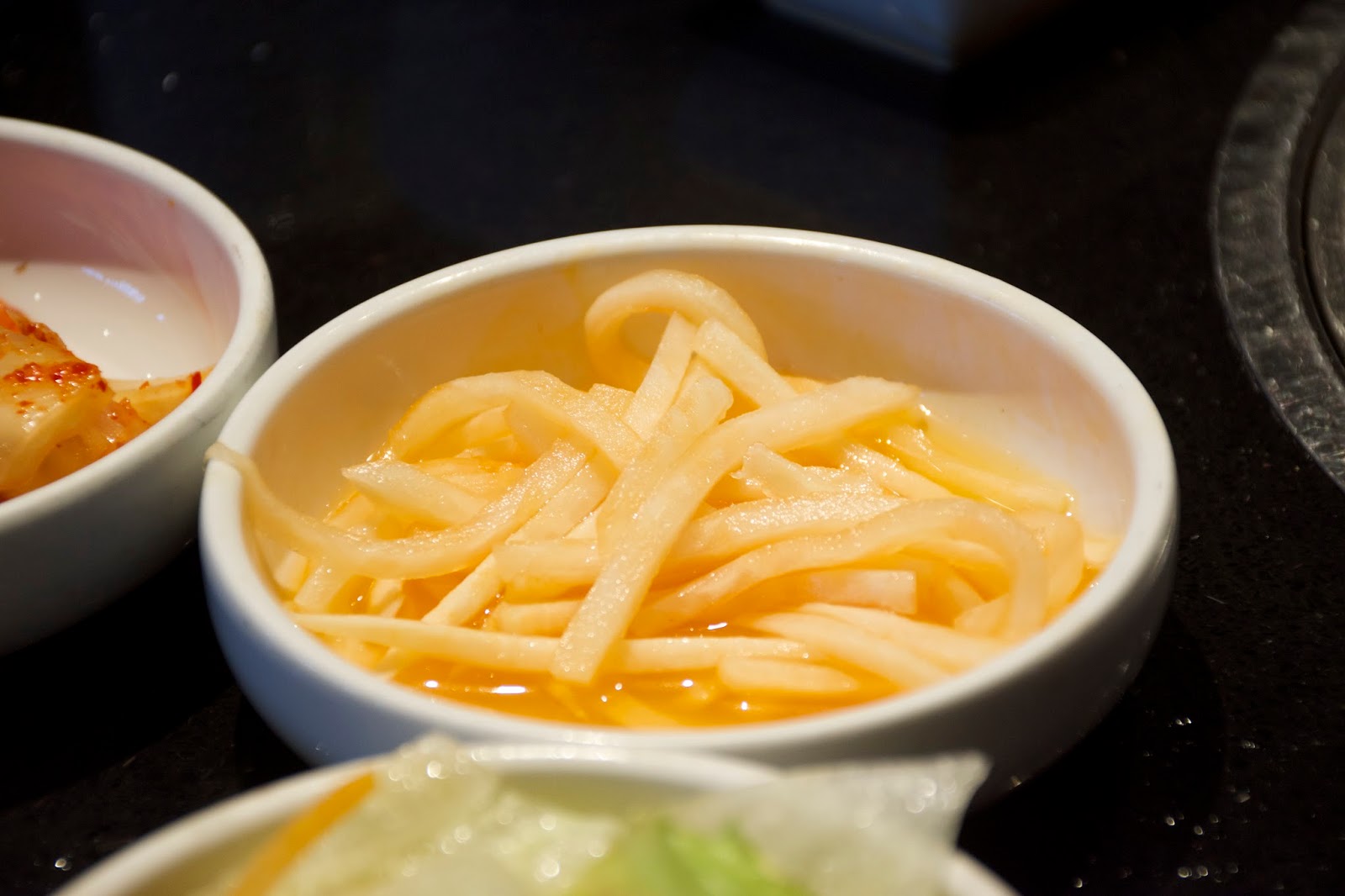 Radish Bachan
2/5 stars
The radish was soaked in a spicy vinaigrette sauce. Personally I didn't find it that spicy, it was more on the sour side. 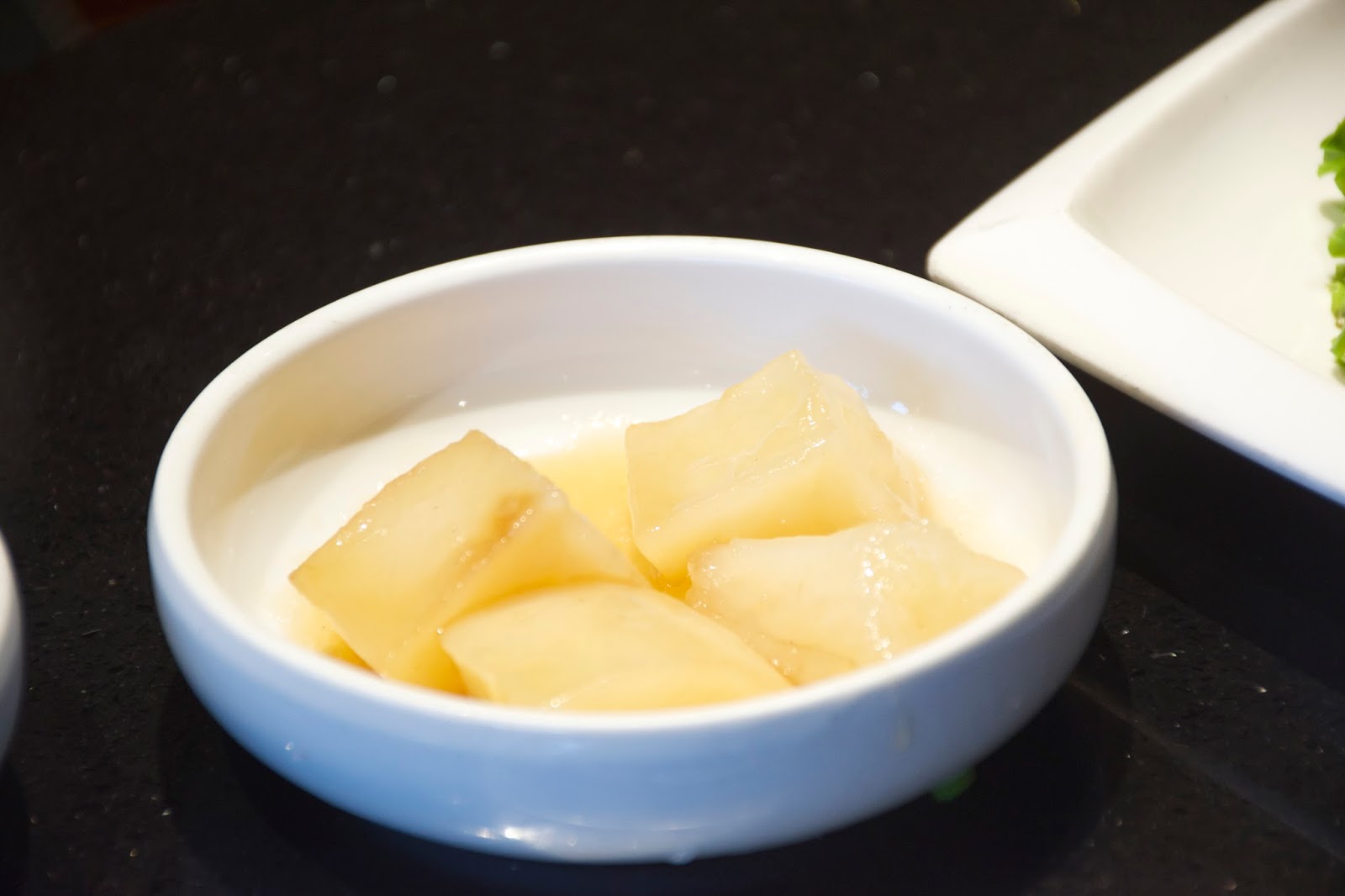 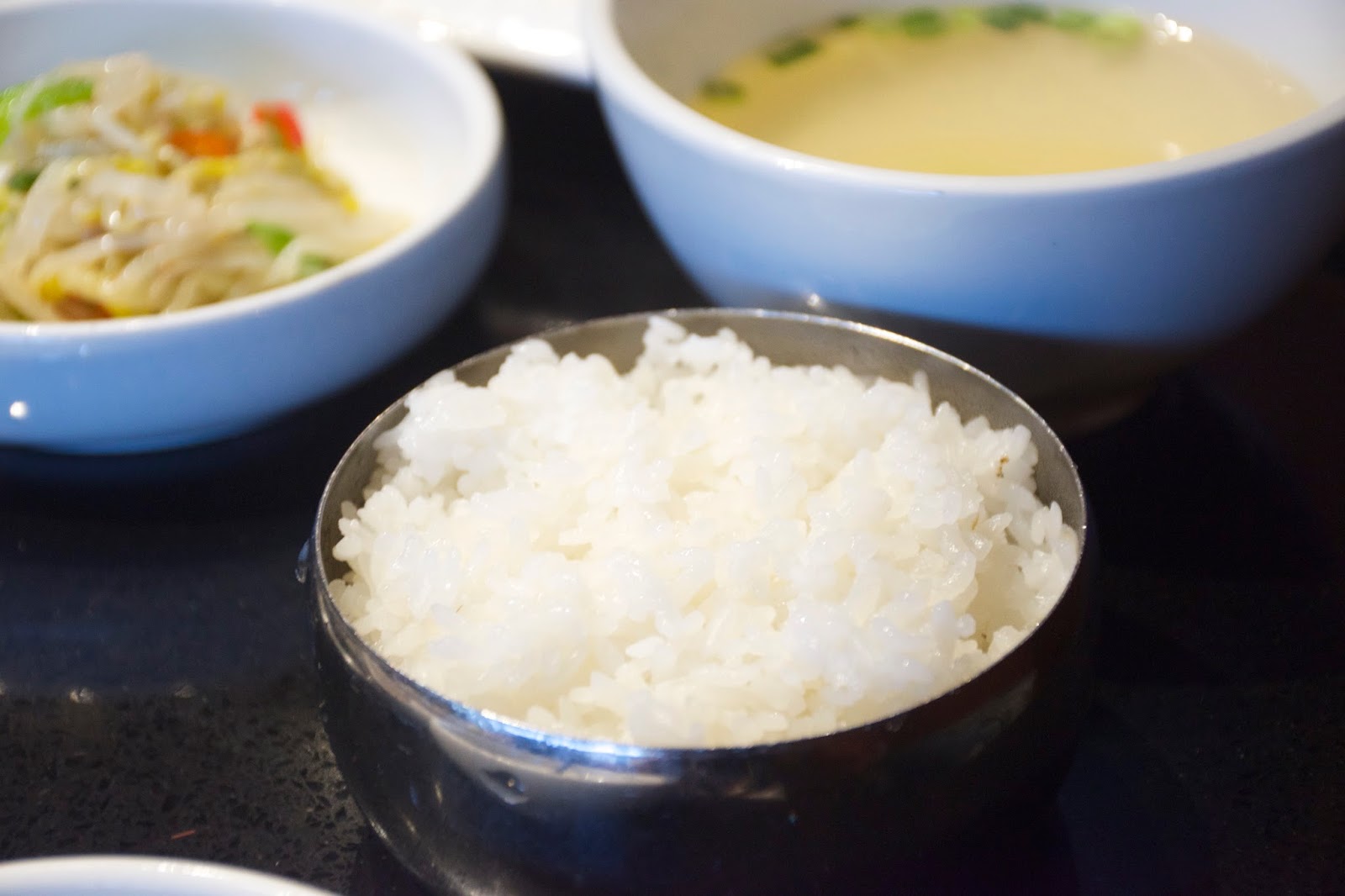 Rice
4/5 stars
You know me guys, I ended up ordering a second bowl of rice cause it wasn't enough LOL! I love the rice containers Koreans use! They're just so cute and soo much better than your average rice bowl ;) 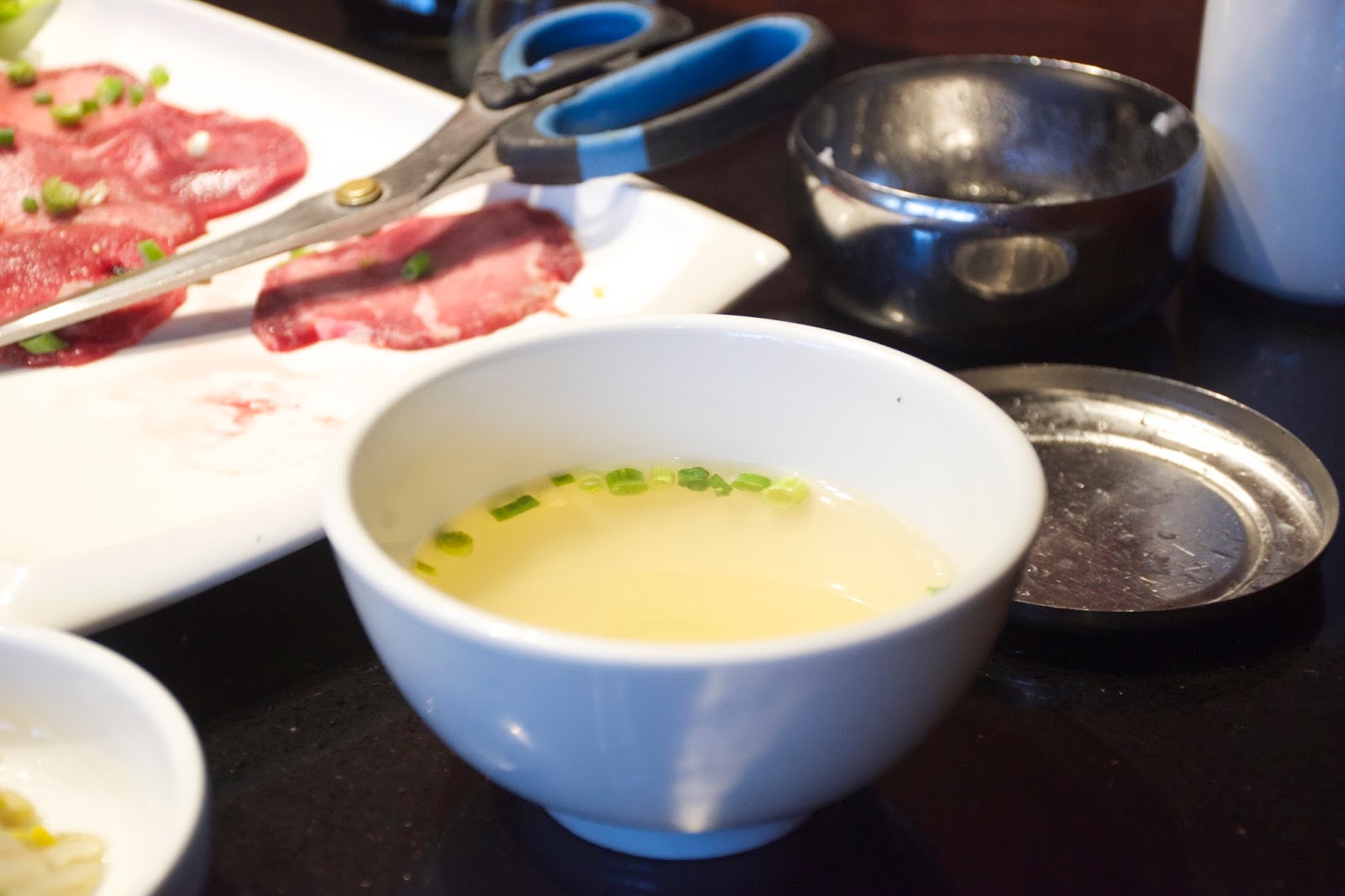 Soup
3/5 stars
There was definitely MSG in this, because it was really salty! It was still good though! I didn't know what it was LOL, but there was a definite green onion flavour! 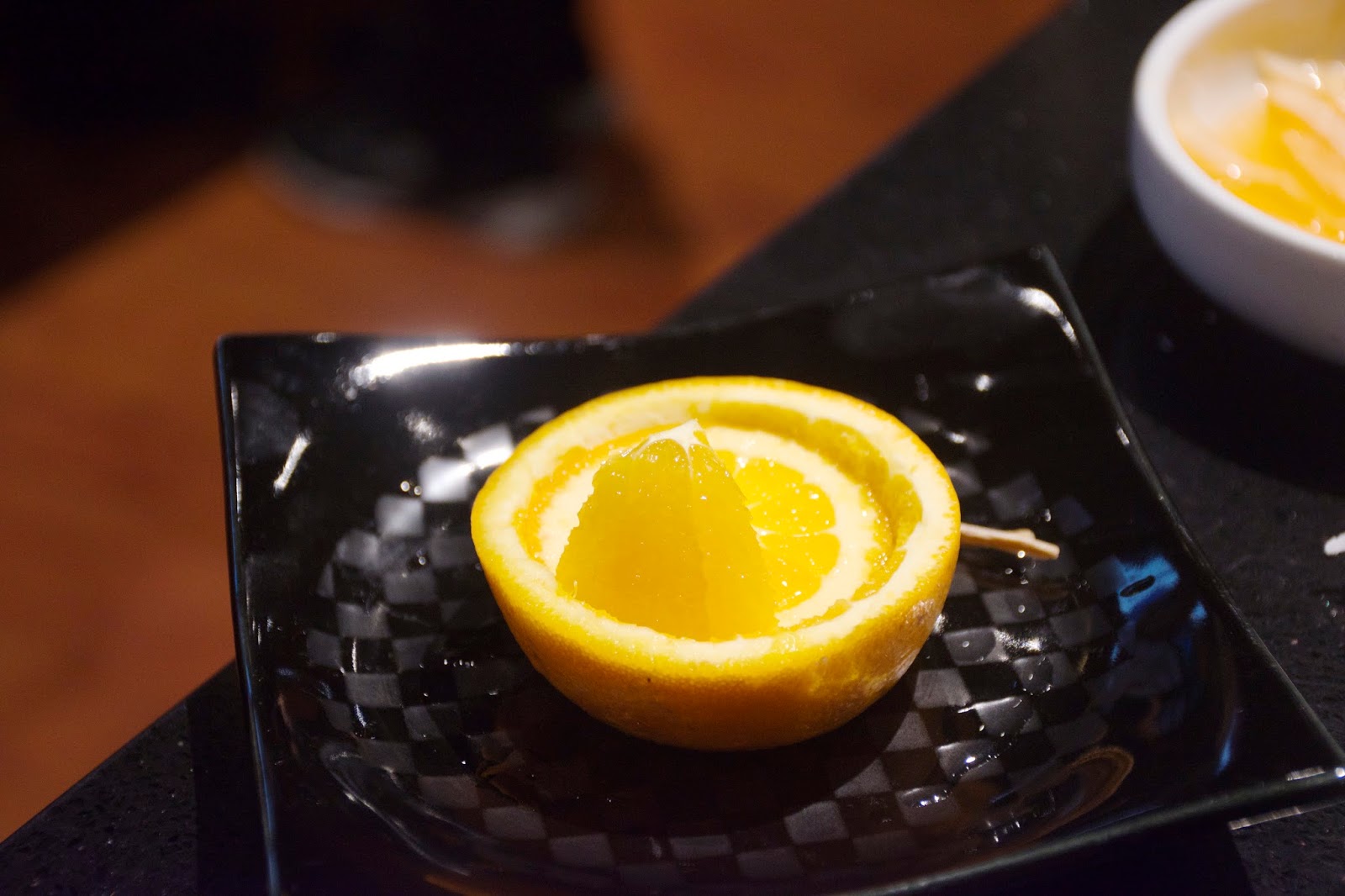 They gave us half an orange for dessert! :D 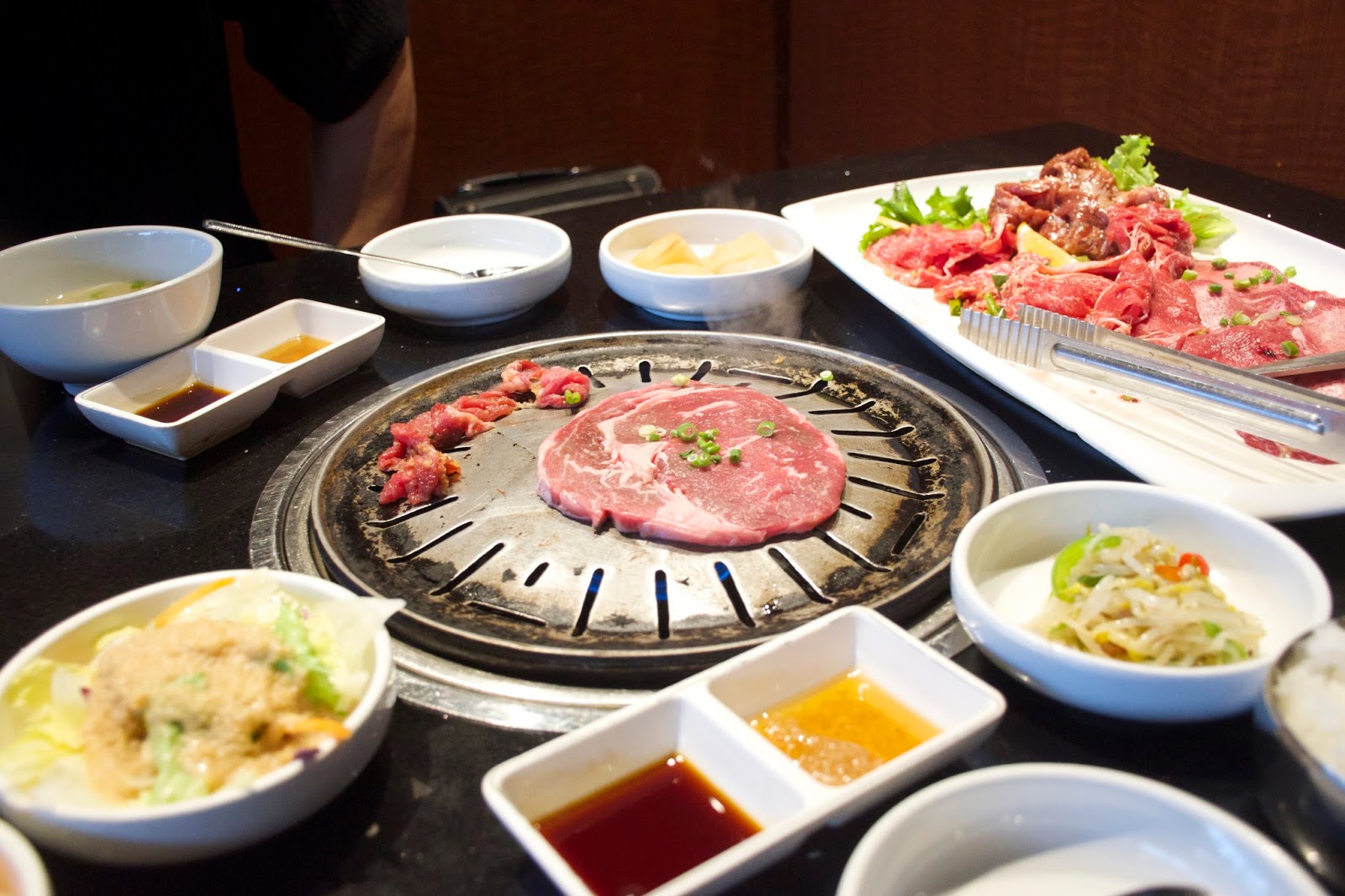 We really enjoyed our Korean BBQ experience at Cho Sun! The food was tasty but in my opinion, not really worth the money. Since there are so many other Korean BBQ joints in Van, we probably won't be back anytime soon. Cho Sun is worth checking out though!