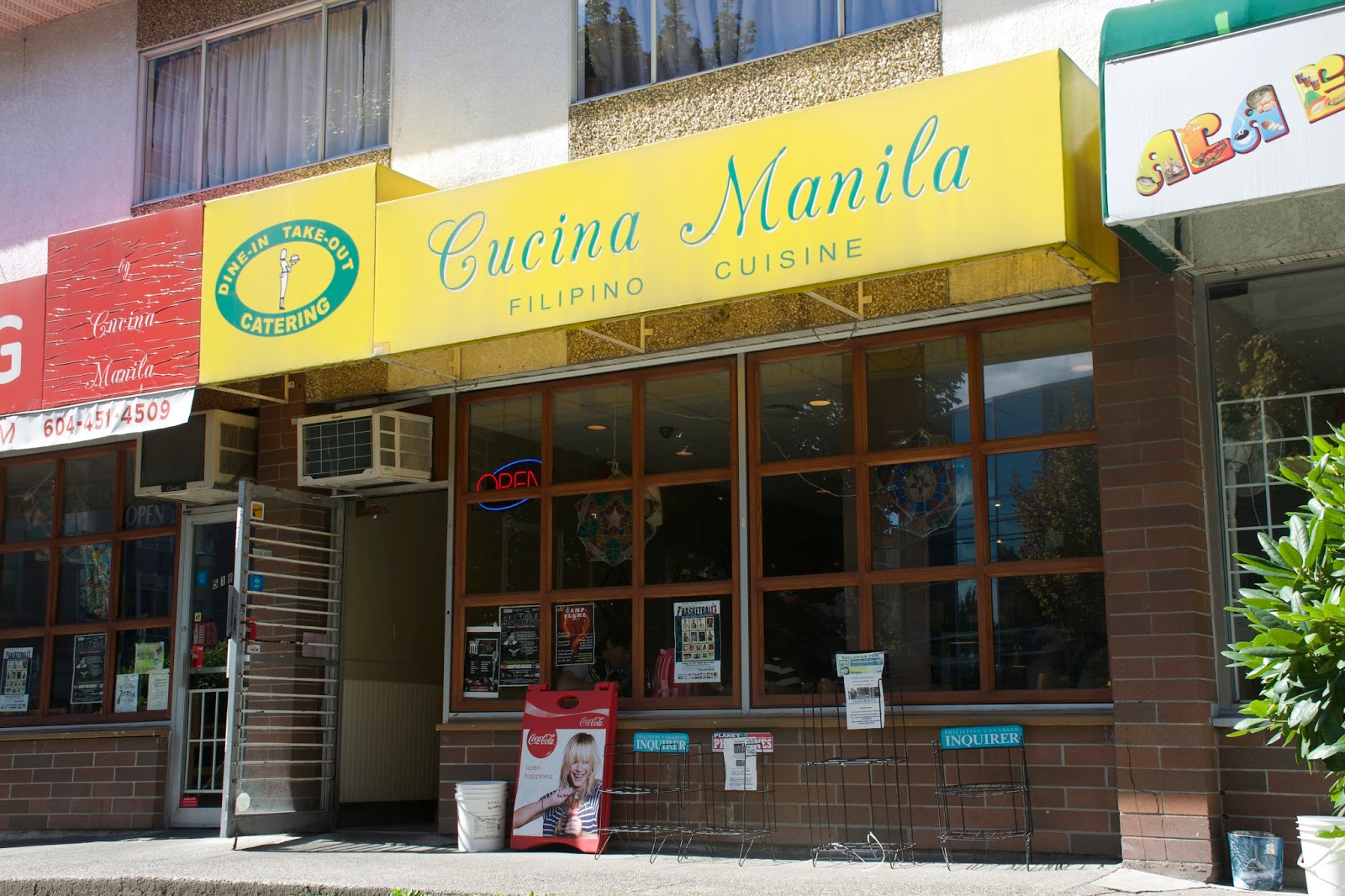 I have to be completely honest with you guys, I know virtually nothing about Filipino cuisine haha! But that's nothing google can't fix...right? lol. Currently I'm in the process of familiarizing myself with filipino food, so bear with me! I haven't been exposed to filipino cuisine a lot, given the scarcity of Filipino restaurants in Vancouver! If you know any awesome filipino restaurants that you think I should try, leave them for me down below! :)

3 of my best friends in high school were filipino, but they never introduced me to filipino food because they were pretty westernized lol and ate mostly "American" food! The last time I had filipino food was from the food truck Fliptop, which is more fusion than filipino really. I've also tried squid abodo at a friends house before and another time at a potluck.

For my first venture into filipino food, I decided to go to Cucina Manila! I know, I know, I really should have gone to an "actual" restaurant and not a cafeteria type place haha! Buttt, it was more for convenience than anything really. I had a doctor's appointment at 3 near Metrotown and I didn't want to venture too far. Cucina Manila is located right by Joyce Station, so it's super convenient! I don't know how authentic Cucina Manila is but I saw a lot of filipinos eating there so that's always a good sign haha.

Signature Dishes
Cucina Manila serves up homestyle filipino cuisine and operates as a "fast food" restaurant. You choose your dishes, pay at the counter, and seat yourself "cafeteria style." All of the items are pre cooked, and they sit under heat lamps. They have a large variety of options to choose from, you can get a combo with 2 sides + rice for $9.50 or $5 for an individual dish.

I also saw a lot of people getting takeout dishes! They even have a dessert section! I'm not sure if they replenish their supply at dinner so I would suggest going for lunch instead of in the late afternoon for the freshest food!They have condiments in the back like vinegar, chilli sauce, siracha, and even a water station!

Service
The lady serving me was really nice! I didn't really know what any of the dishes were, but she told me the names of some of them. She was smiley and looked like she was in a good mood.

Ambiance
When you step in, you feel like you're in someone's home. The walls, tables, and floor look all too familiar. The place is clean, and well managed. Seating is ample and you seat yourself! Definitely nicer than most "cafeteria" style places I've been too! I also liked how they used actual plates and cutlery! It's just better than eating with a plastic fork and knife!

Price - Affordable $
For under $10, this place is pretty good value, about the same price as a food court. You thereotically could order 2 combos and share them between 3 people, and it would probably be more than enough.

Value - Good
The portion sizes are quite large and if you order a meat dish, it's good value for the money. I was surprised that they put the dishes in separate bowls because usually fast food places use boxes or a single plate so you get less food. 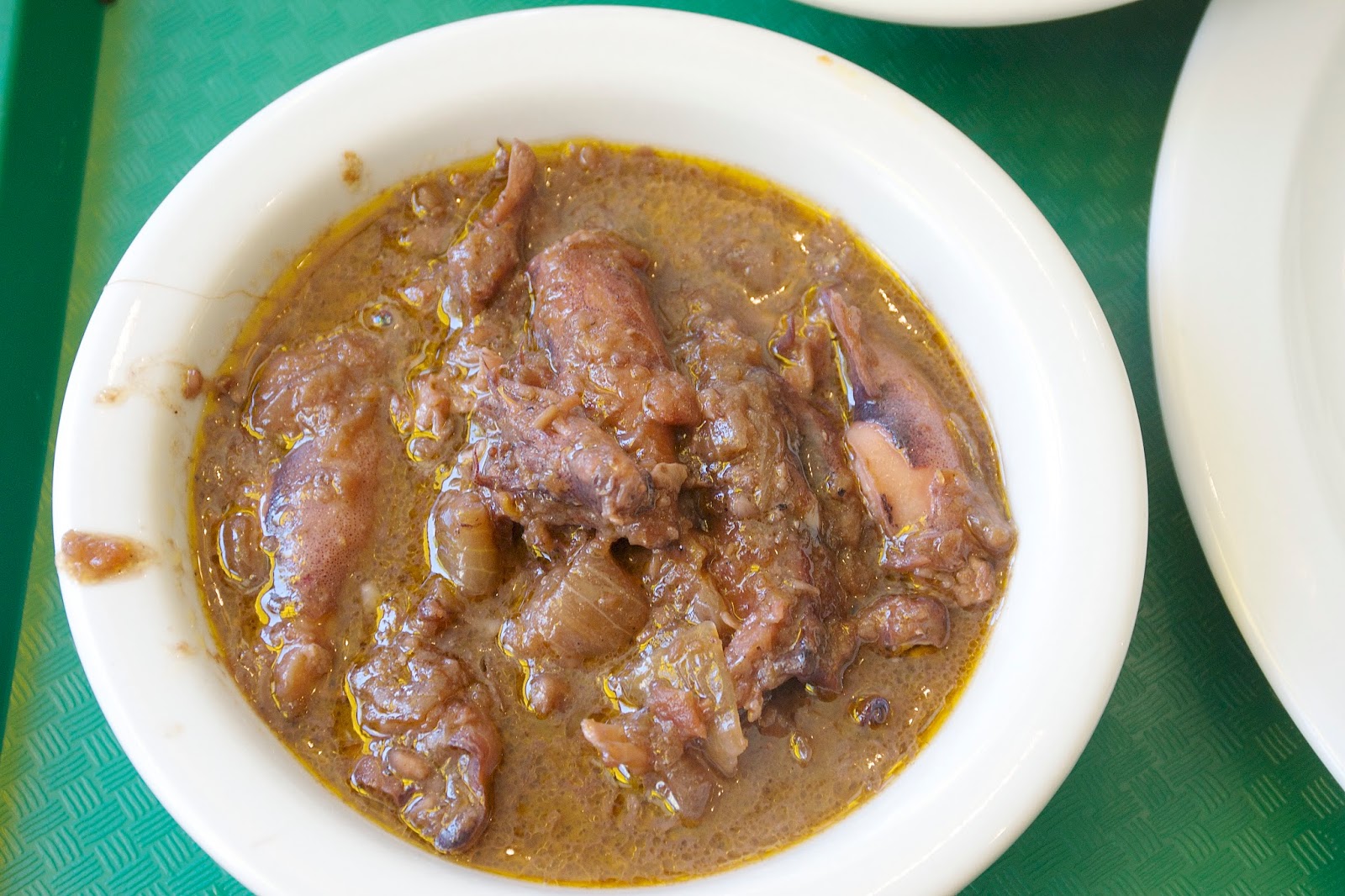 Squid Abodo
2 items w/ rice $9.50
3.5/5 stars
This was really good! Wayy better than I was expecting considering that it's pre cooked food! It was really salty though. Ample rice was definitely needed on the side. The shrimp paste flavour was really strong and it also exhibited a potent star anise flavour, you can see the little star anise ball on the lower right hand corner in the picture. It was choke full of spices, all with dinstinguishing degrees of flavour. In another review someone said that the squid had a really soft texture, and I have to agree, it was super soft, squishy and easy to chew! It was quite oily, as you can tell, but that didn't bother me too much.

But do take my opinion with a grain of salt, because I don't really have any other restuarant versions to compare it to. One thing's for sure, this version was leagues better than the version I tried at my friend's house! 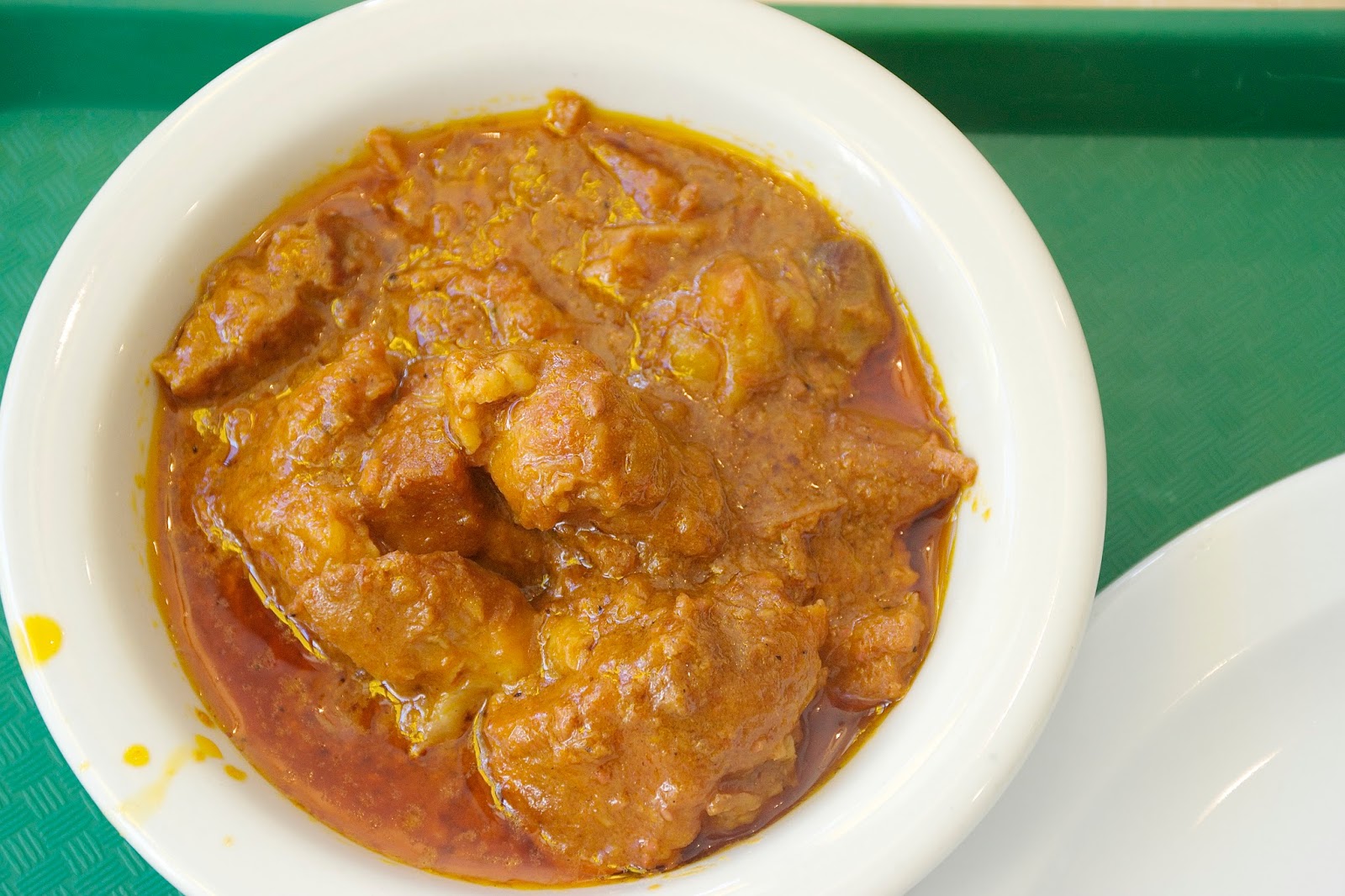 Beef Kaldereta
3.5/5 stars
I don't know the actual name of this lol because there weren't any labels in the restaurant, but if you know please let me know! It looked spicy, but it wasn't at all! Like the previous dish, it was really salty. There was also a film of oil on top. This dish had a strong shrimp paste flavour but it also had an underlying flavour of coconut. The beef was actually reasonably tender and wasn't tough at all! There was a good fat:lean ratio which made the beef really easy to chew! 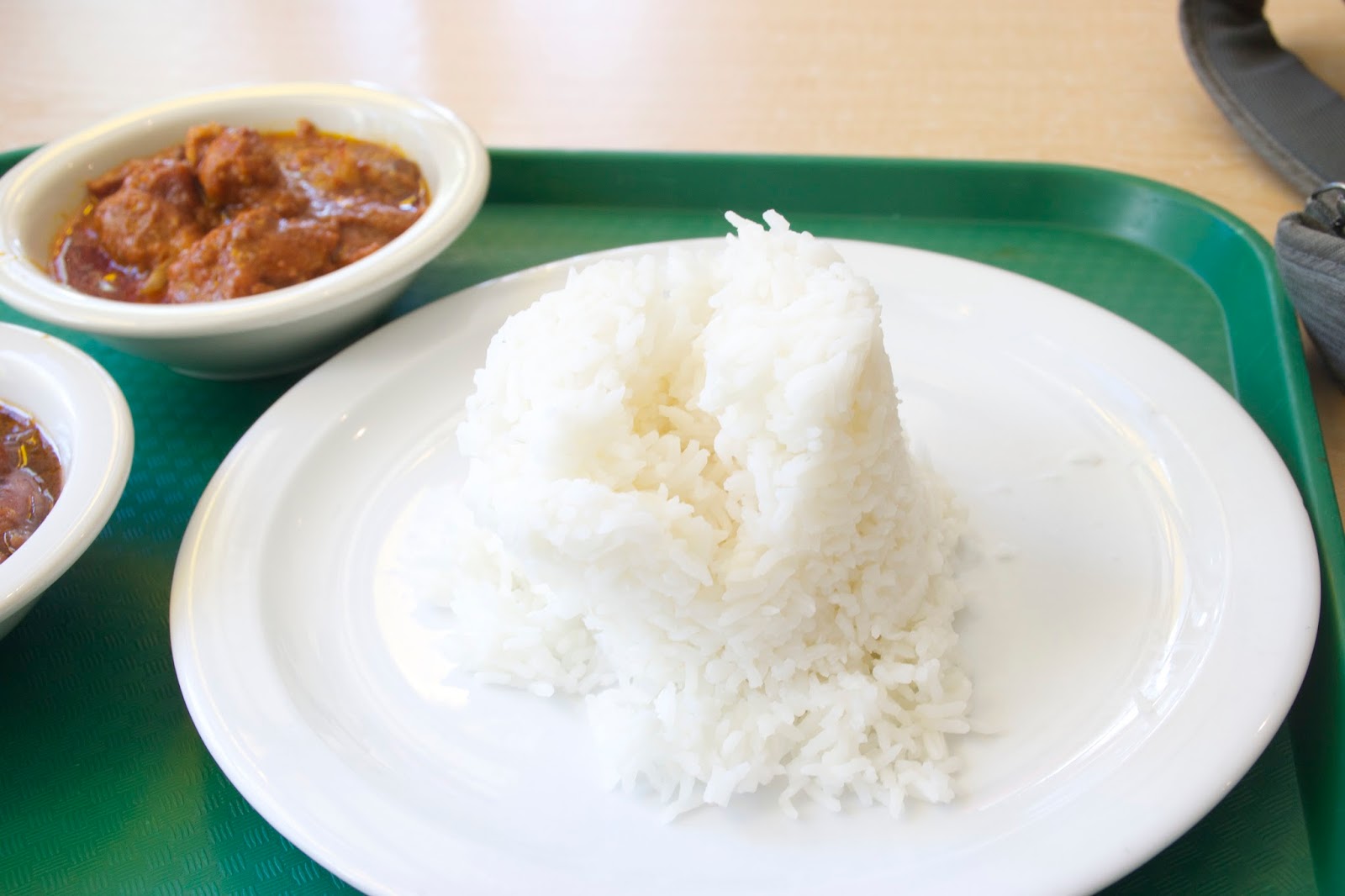 This was actually quite a large helping of rice, which was needed lol, since both of the dishes were so salty!

The Verdict
I wasn't expecting this place to be that great given that it is "pre cooked food" but I'm surprised at how much I actually like this place! It's definitely sparked my curiosity for filipino cuisine and I'll without a doubt be visiting more filipino restaurants in the weeks to come!