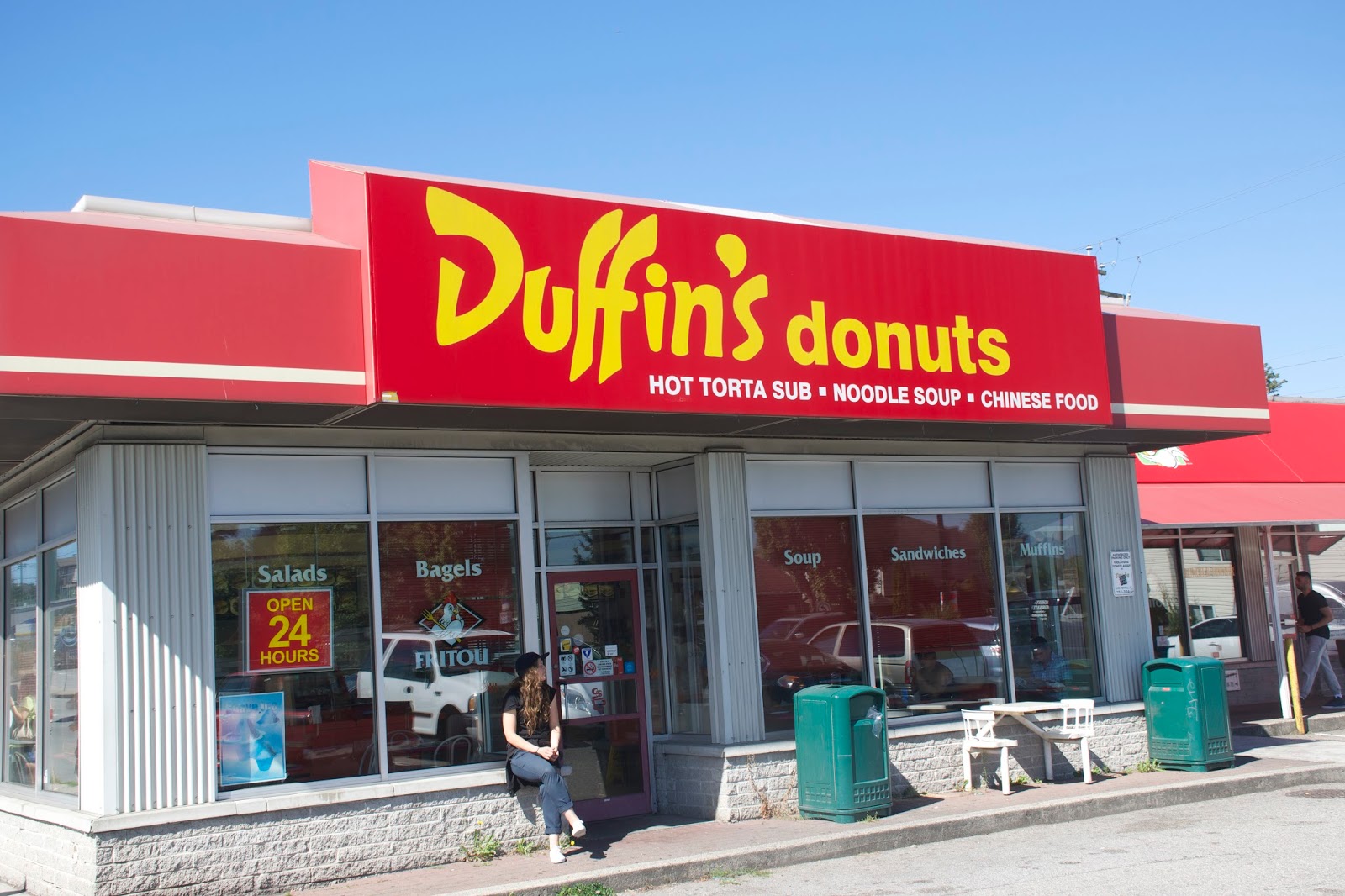 The old adage: don't judge a book by its cover, holds true for restaurants as well. From the outside, Duffin's doesn't look very appealing. This place has "donuts" in its name yet it also sells "hot torta subs, noodle soup, and chinese food?" You're probably thinking "WTH?!!" and "You can't be serious." The fact that its open 24 hours draws even more suspicion and curiosity.

Duffin's is located on the East side, near Knight St. It's just a short bus ride from Joyce- Collingwood station. They're signage is really bright and obnoxious looking, it's impossible to miss.

Duffin's is a family operation, and from what I observed, they're Vietnamese owned. Business seemed to be booming, because every other minute during lunch a customer would walk in!

Signature Dishes
Duffin's is famous among the locals for their amazingly large selection of donuts, torta subs, and fried chicken. "Fried Chicken?!" Yes, you heard me. Oh and would you fancy a bubble tea with your fried chicken? Or may I interest you in some pupasas? Usually a menu with too much diversity is a recipe for disaster, but Duffin's, somehow, miraculously manages to pull it off.

Everything here is dirt cheap: All the subs are under $5, most of the donuts are $1 each, a fried chicken combo comes in at $3. They also sell day old donuts in packs for $3.50!

They also have a self serve water station at the other side of the store so you don't have to spend money on bottled water!

Service
Duffin's is a fast food restaurant, so you go up to the counter to order and they give you a order number. The food comes out really quickly, with the exception of a few items, like the pupapas, which require a bit more time. They also have a really large selection of beverages in the fridge next to their counter. They have your selection of generic pop/coke, water, milk, etc but they also have a few imported drinks like jarritos!

Ambiance
The inside is kind of ghetto looking, borderline sketchy. There were a few creepy guys smiling at me  the whole time which made me prettyyy uncomfortable lol. When I was taking pictures one guy even asked me "Are you a food critic?" and I answered "Kind of." I'm aware of the fact that "blogger" and "critic" are two completely different titles, but since I didn't want to talk to him I didn't bother correcting him haha. He started asking me a bunch of questions and since he looked kind of creepy, I told him my work was "top secret" LOL. Guess it worked cause he left me alone after :D

They manage to keep the place pretty clean because they come around to tidy up the tables as soon as a customer leaves. I didn't use their washrooms though and that may be a whole other story! ;)

Price - Affordable $
This is definitely one of the cheapest breakfast/lunch options in the area. The portion sizes are large, the food is pretty tasty, and the service is quick! Since the portions are quite generous, you'll likely get full on spare change, with is pretty awesome! Bring the whole gang, because here, you can afford to! Just don't bring your date here haha ;)

Value - Good
Duffin's offers good value for the money. Obviously you're not going to get quality meat here or the freshest of ingredients. Compared with other restaurants of the same calibre in the area, Duffin's (taking price into consideration) is good value. 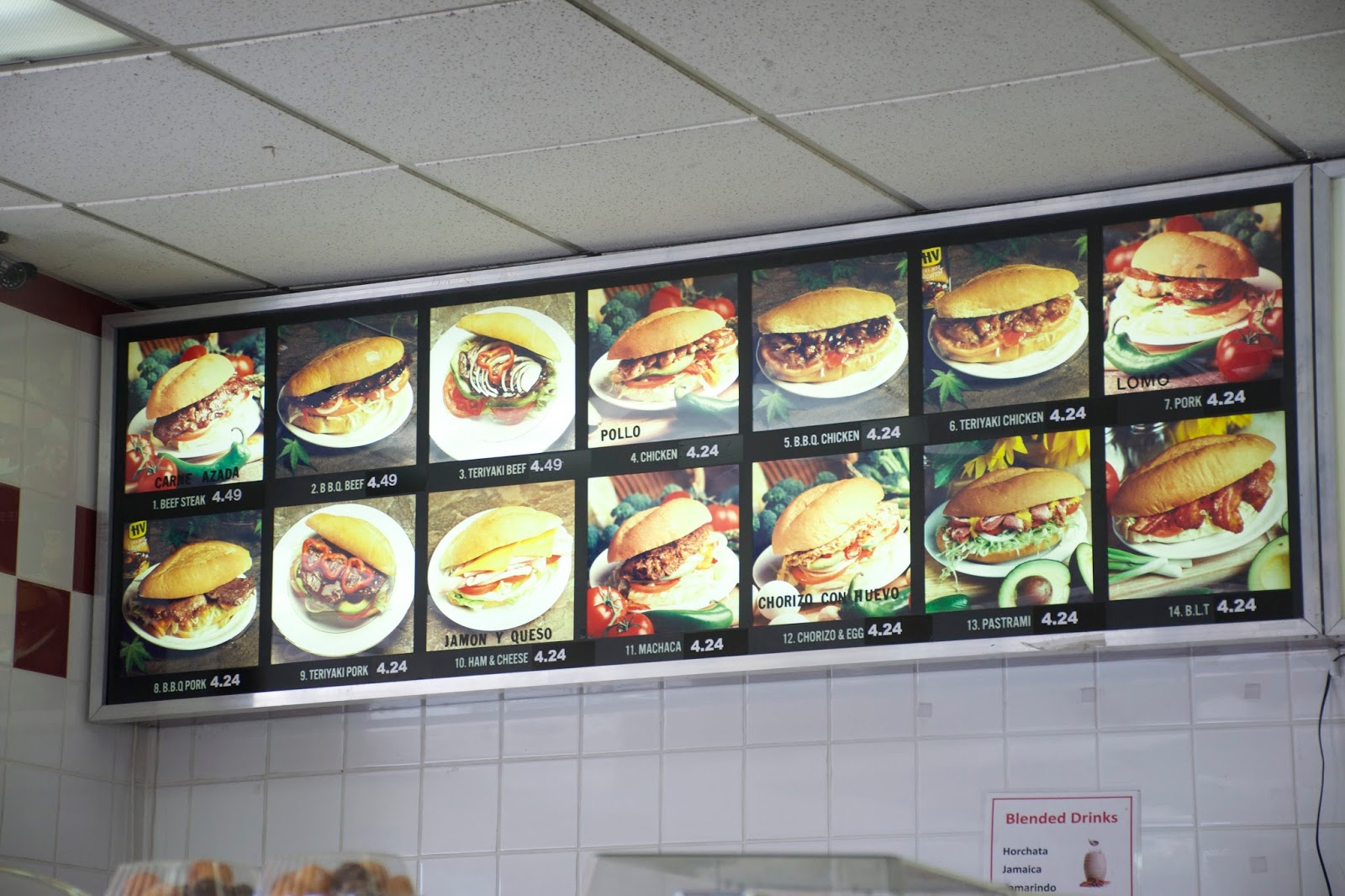 They have a really large selection of sandwiches (Click to Enlarge) Sorry I didn't include a photo of the donuts, you couldn't see anything in the picture due to the glare reflecting back on the camera lens! 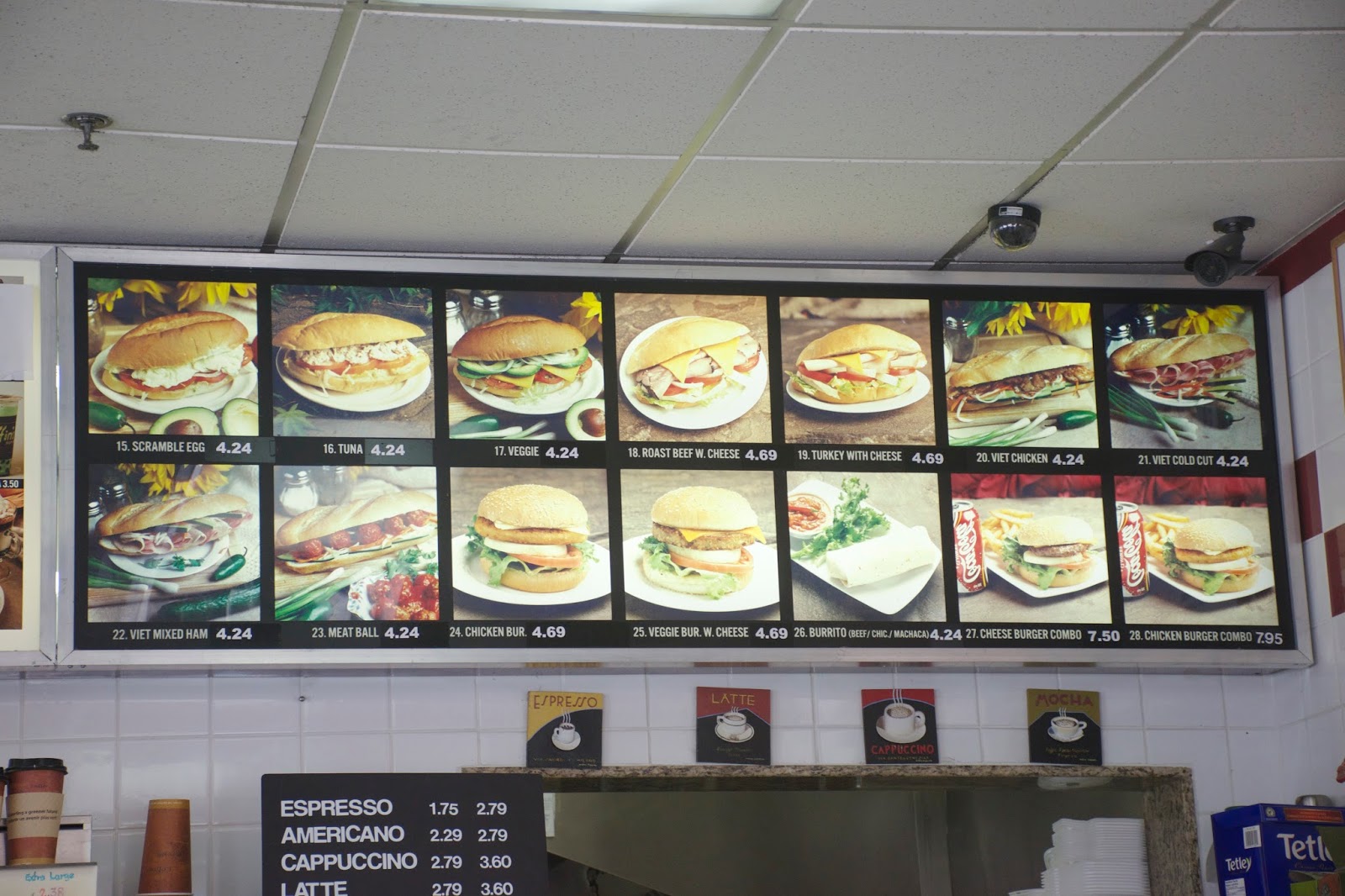 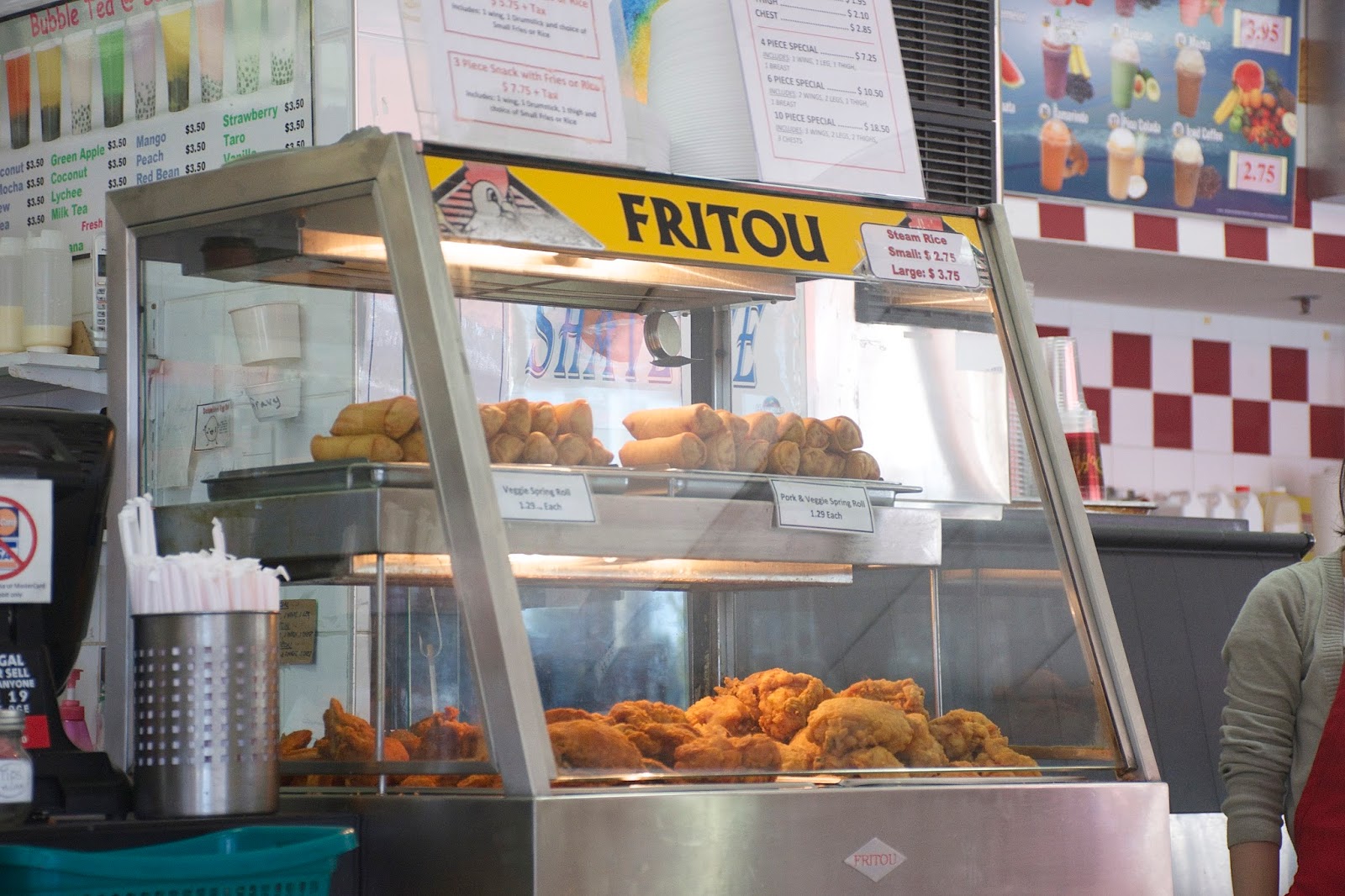 I am sooo trying their fried chicken next time! ;) 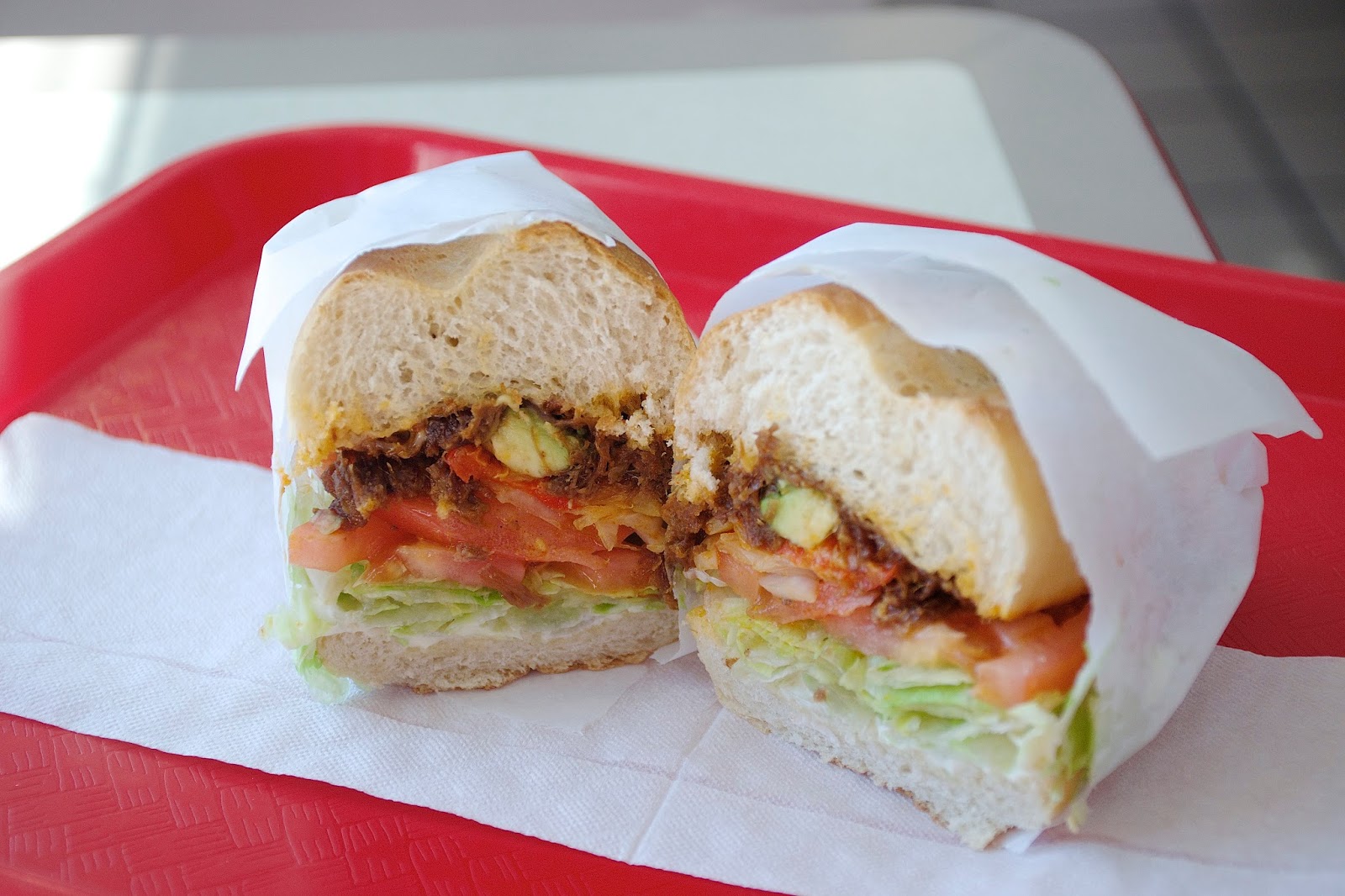 Machaca Sub $4.50
3/5 stars
This was recommended on yelp, so I decided to try it! Machaca is basically Mexican beef jerky. This version was a bit wetter, similar in texture to pulled pork. The beef is salty-sweet, and slightly spicy. I really liked how there was a substantial amount of fresh lettuce and tomato unlike the wilted pieces you usually get at subway haha! There was also some avocado in it as well. The bread was toasted and springy, albeit a bit dense. You can get multigrain bread instead of white bread if you ask for it! 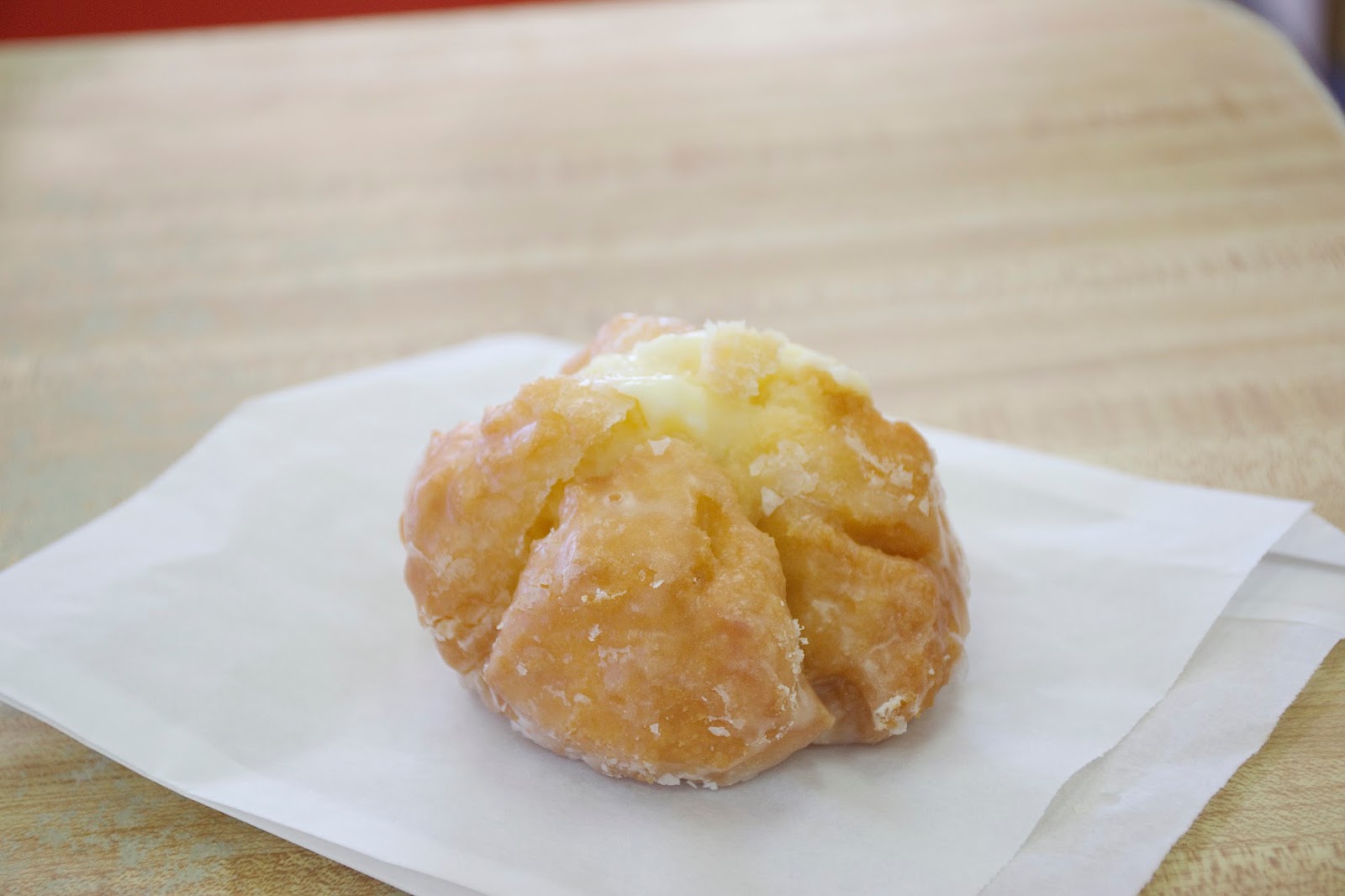 Buttermilk Pasty w/ Custard $1
4/5 stars
This was awesome!! It was really sweet but also salty from the buttermilk. It was really soft and wasn't dense at all! It was really buttery and just freaking delicious.The sugar frosting added an extra layer of sweetness. The custard on top didn't really add anything flavour wise, but it was really creamy. 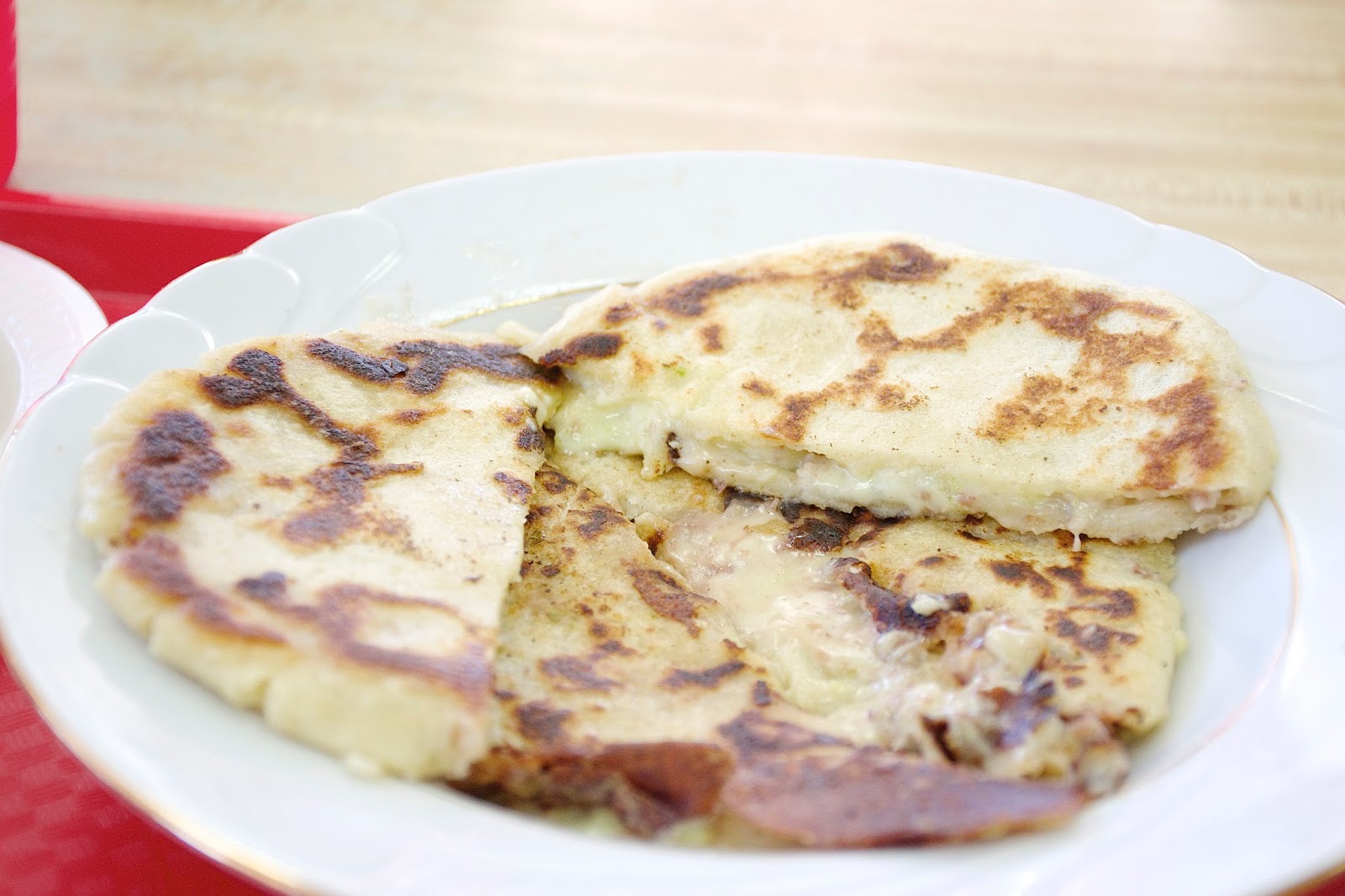 Pupasa $2.80 each, minimum order of 2
2.5/5 stars
I got the pupasas in 2 flavours: bean/pork/cheese, and pork/cheese. They serve it to you in a porcelain plate if you eat in. The pupasas were quite large, and  thick. They were filled with ample amounts of gooey cheese. The corn flavour from the tortilla came on really strong. The cheese was partially masked by the flavours of the corn. There wasn't a lot of meat in it, but for the price, I wasn't really expecting that much. The exterior has a slight charring to it which makes it really fragrant. 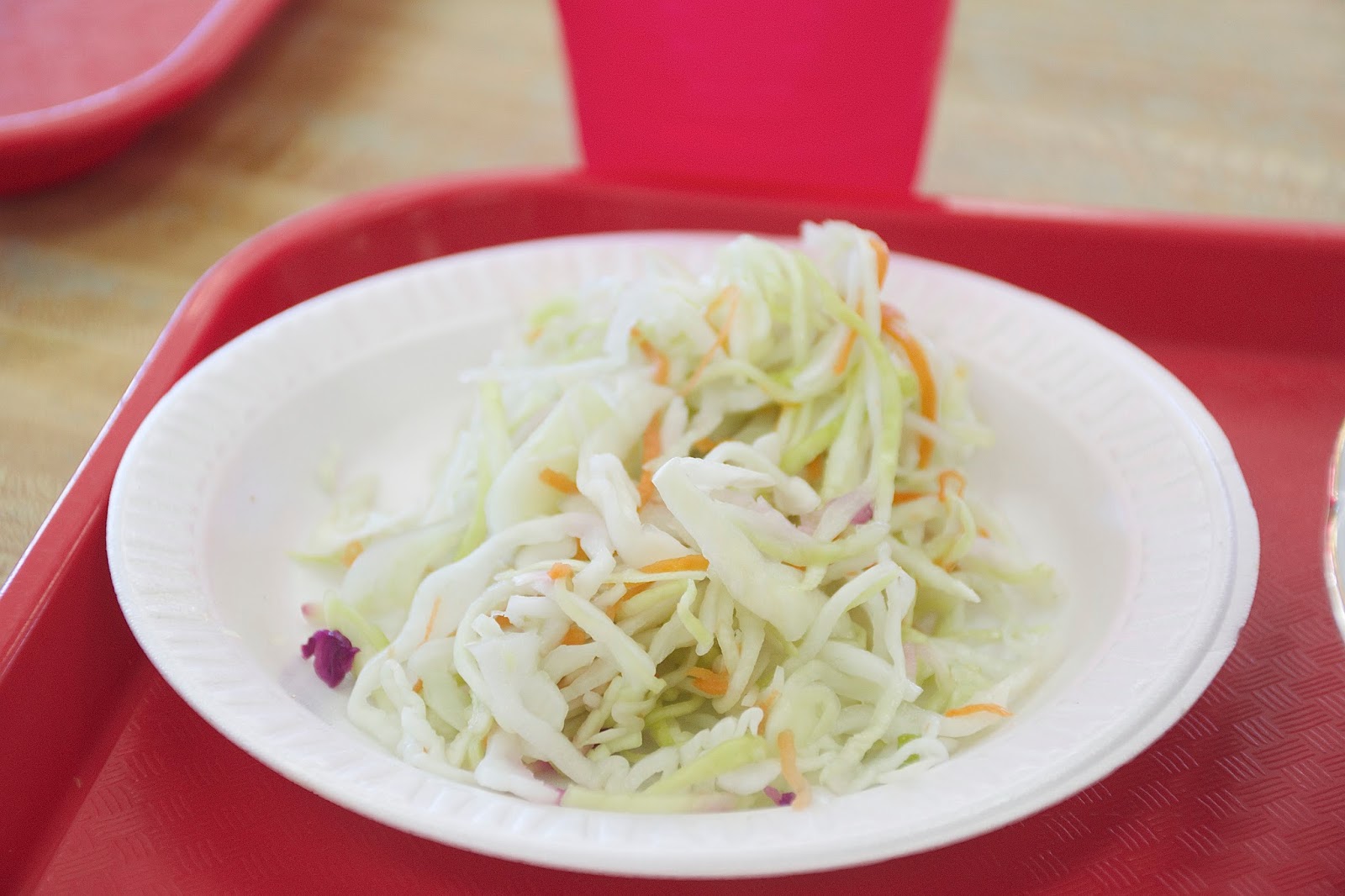 Salad
1/5 stars
This is basically just packaged coleslaw you can get in the grocery store! It was dressed in some sort of really sour vinaigrette. 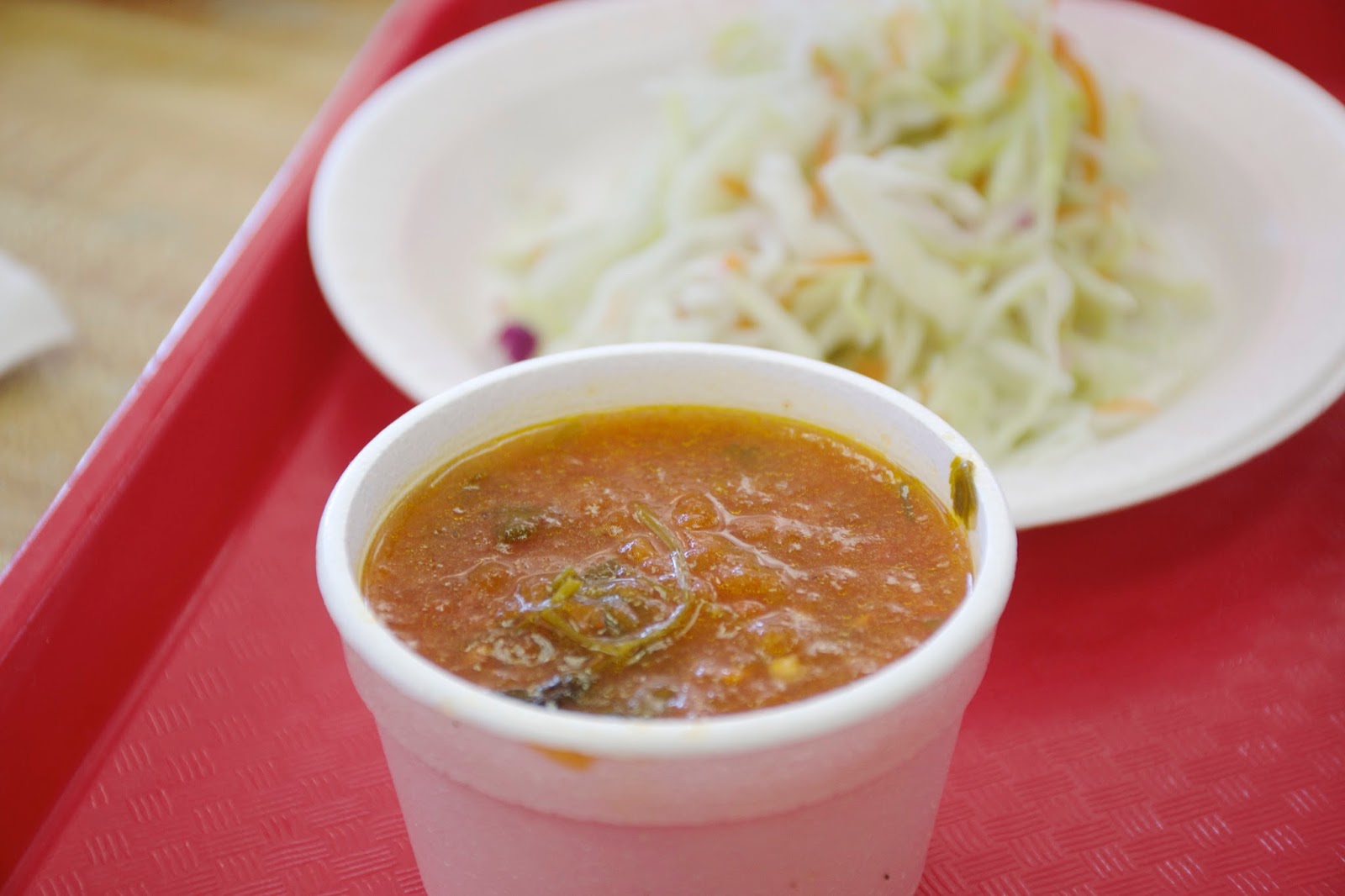 Salsa
3/5 stars
There was actually quite a lot of salsa in this small container. The salsa was surprisingly decent, it had a nice tang to it and a liberal amount of seasoning. It wasn't too gloppy and it was served hot!

The Verdict
The foods not gourmet, but for the price, it's pretty decent! If you're in the area looking for a quick, cheap meal, Duffin's is a solid choice. I really want to try more of their donuts and their fried chicken next time! :D