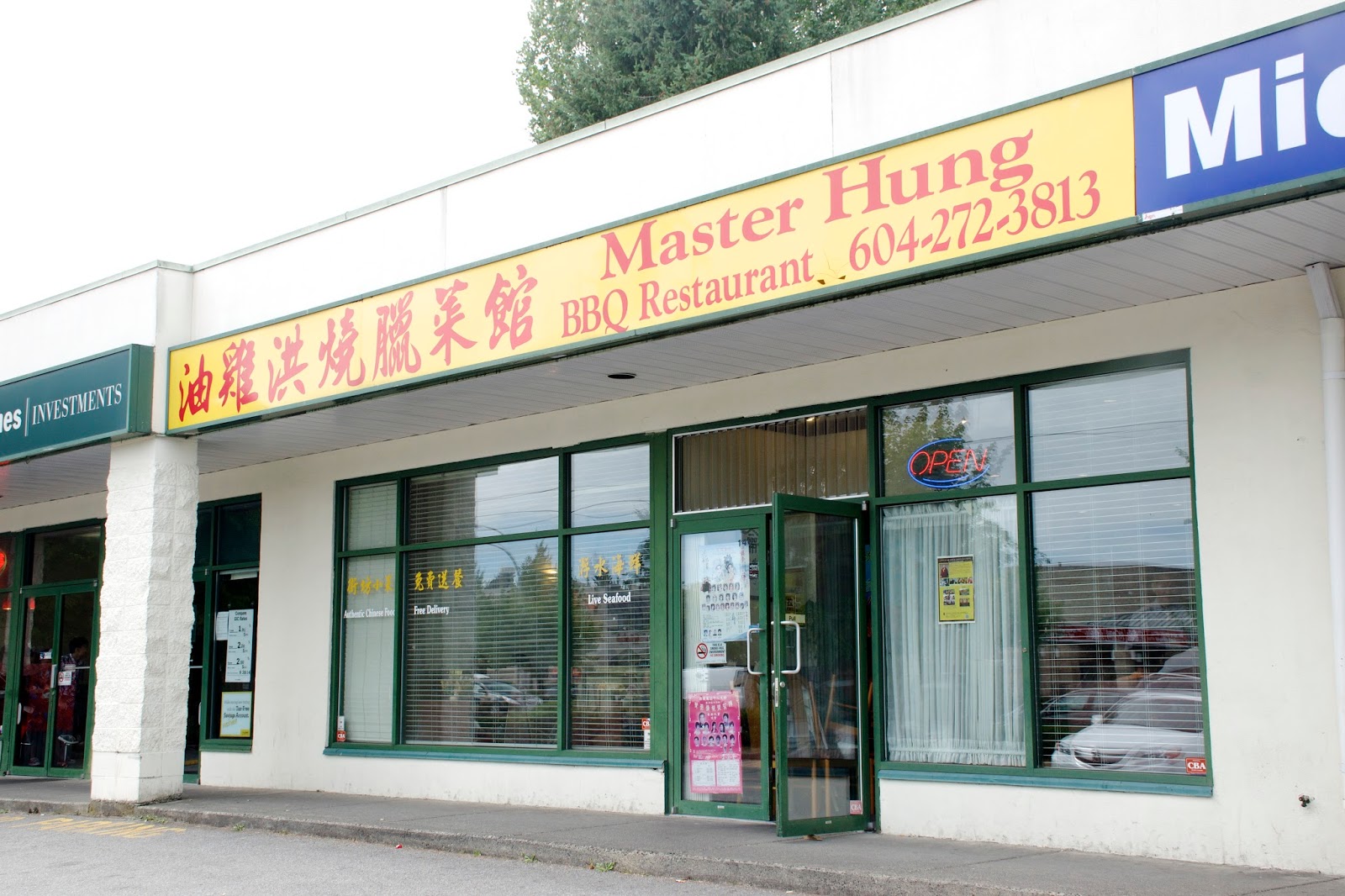 Grandmas are the best. Don't you agree? Grandmas spoil you, without ever expecting anything in return! Yesterday my grandma treated me to lunch at Master Hung's and a box of mooncakes from Kam Do Bakery! My grandma  has a tendency to order wayy to much food haha, but hey, I have no complaints ;) Thanks Gma!

I've been wanting to try out Master Hung ever since @LotusRapper recommended it! Thanks again! He was right, their BBQ meat is awesome!! :)

On an unrelated note, thanks to Google Analytics, I discovered that people have been discussing me on a forum and thought that my reviews lacked "knowledge" haha. Not sure if that refers to my overall content or just lack thereof haha. Wait...if people are discussing me, does this mean I've made it as a blogger?! I kid, I kid ;)

I'm always open to constructive criticism and ways to improve my blog so in response I've been thinking about adding an "info section" to my reviews to make them more informative!! It's going to require more time on my part, but I'm willing to work hard to provide quality content for you guys!

Signature Dishes
Master Hung's speciality is Chinese BBQ, but they're also a restaurant that serves up traditional cantonese cuisine. They have a ton of lunch specials for under $10 and they even have a few seafood dishes! They're also a takeout restaurant because I saw a lot of people coming in & out for BBQ takeout!

Service - 2/5 stars
Service was frankly, atrocious. When we were ordering we were a little indecisive and the waiter glared at us, wore a look of disgust on his face and he actually groaned! Woah there, I thought we were the customers here?
After we had paid the manager came over to us and she was really polite! She even gave us an extra complimentary bowl of soup!

Ambiance - Casual
The decor is really reminiscent of an HK cafe, with the exception of the BBQ meat hanging in the background. They also have a ton of awards and banners displayed at the back that they've won for their dishes!

Value - Affordable $/$$$
Master Hung is definitely one of the cheaper chinese restaurants in the area. The portion sizes are generous and the prices are modest. Definitely great if you're on a budget or if you just eat a lot! 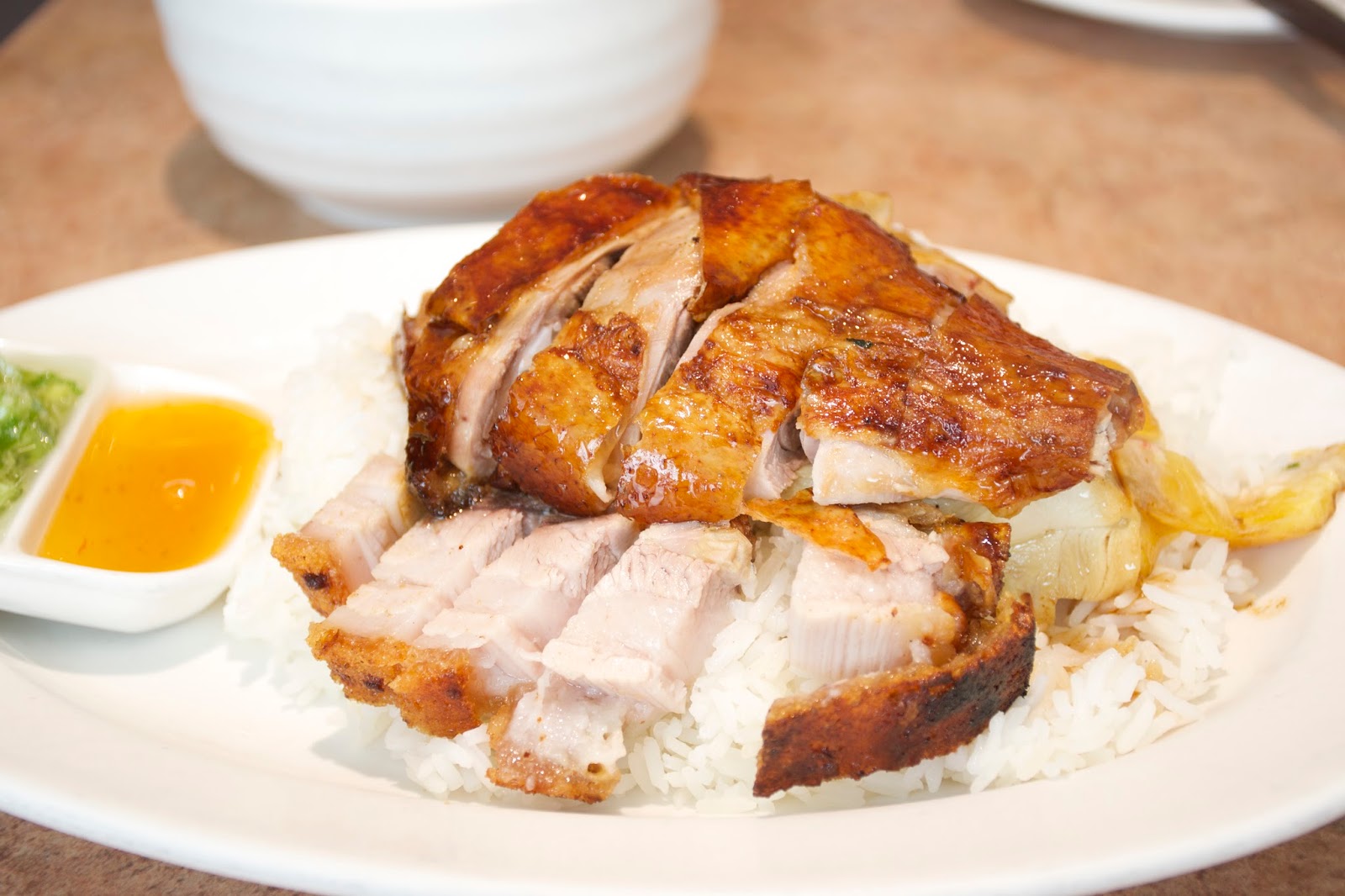 Roast Pork: 4/5 stars
This was awesome! The skin was super crackly and crunchy! It was really salty though. The meat itself was very moist with the perfect ratio of fat! I wish there was more haha because I honestly couldn't get enough! It was my favourite out of the 3 that I tried!

BBQ Duck: 3/5 stars
The duck was very tender, and wasn't dry at all! The skin was really thin and fragrant!

Soy Chicken: 3/5 stars
The skin was really soft and slid right off without any effort. There was no absence of soy sauce flavour, which had fully penetrated into the skin. There was also a small layer of fat beneath the skin. 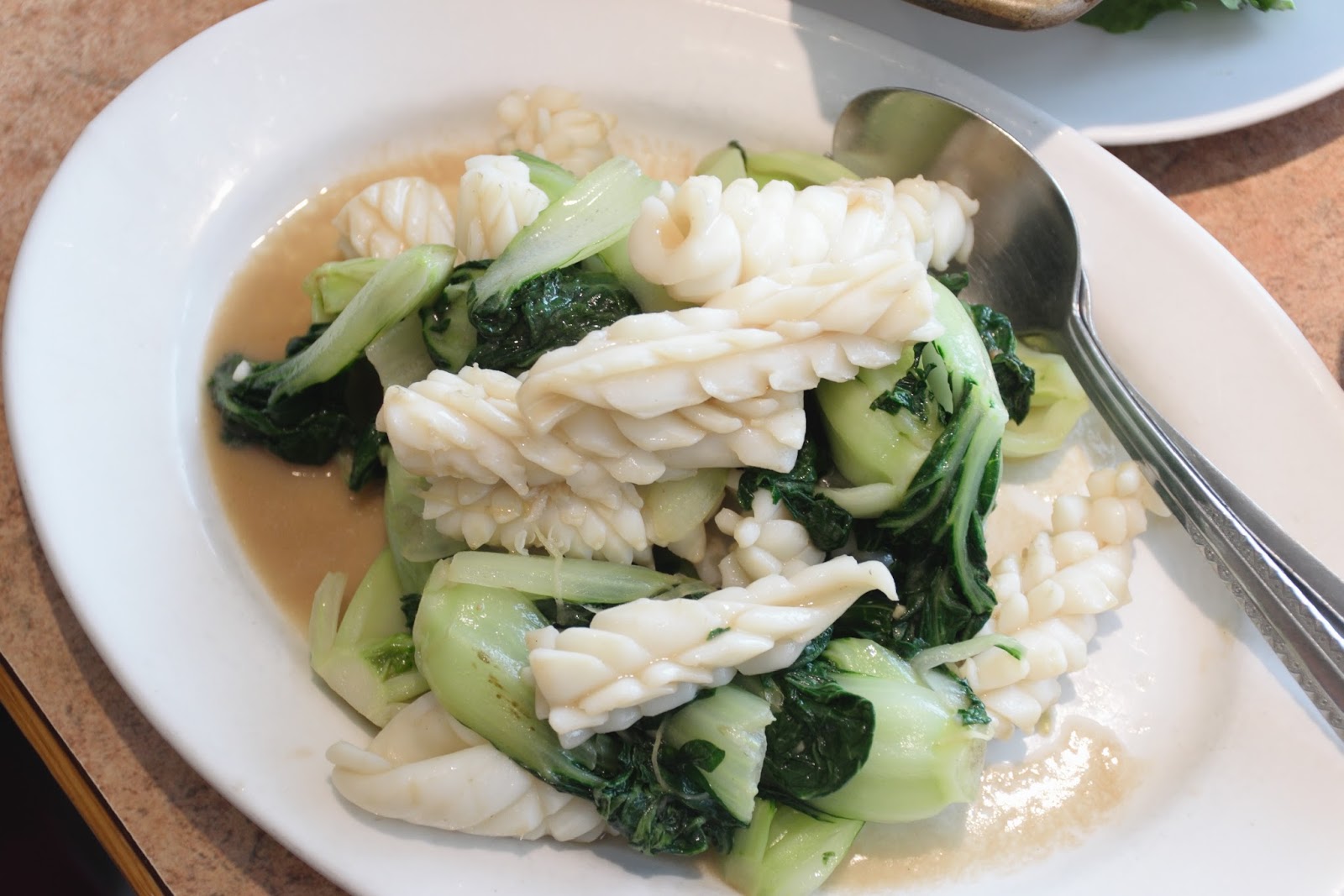 Shrimp Paste with Squid
3 Dishes for $34.80
3/5 stars
You can get this dish in a fried or non fried version! We opted for the latter since I had already had fried squid at the nightmarket yesterday! The shrimp pieces were bouncy albeit a bit hard to chew (as expected.) The bak choy was really salty having picked up most of the shrimp paste flavour. 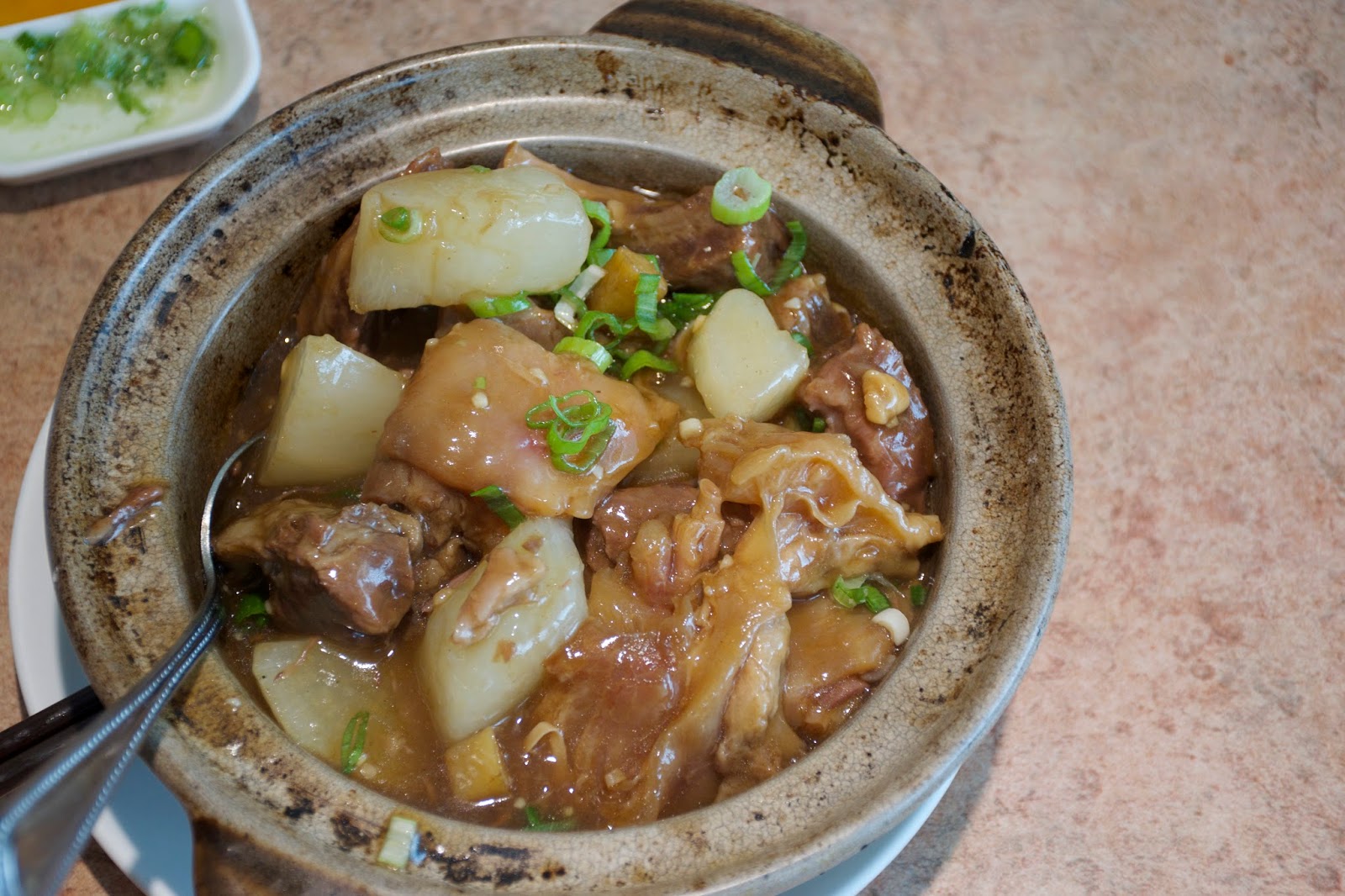 Beef Tendon & Brisket with Radish Hot Pot
3/5 stars
This thing was huge. The hot pot kept the dish hot for a really long time! The tendon was really soft with a wonderfully slippery texture! The beef brisket was tender, and had the perfect ratio of lean to fatty pieces. There was a lot of radish pieces as well, which had picked up the flavours of the sauce. 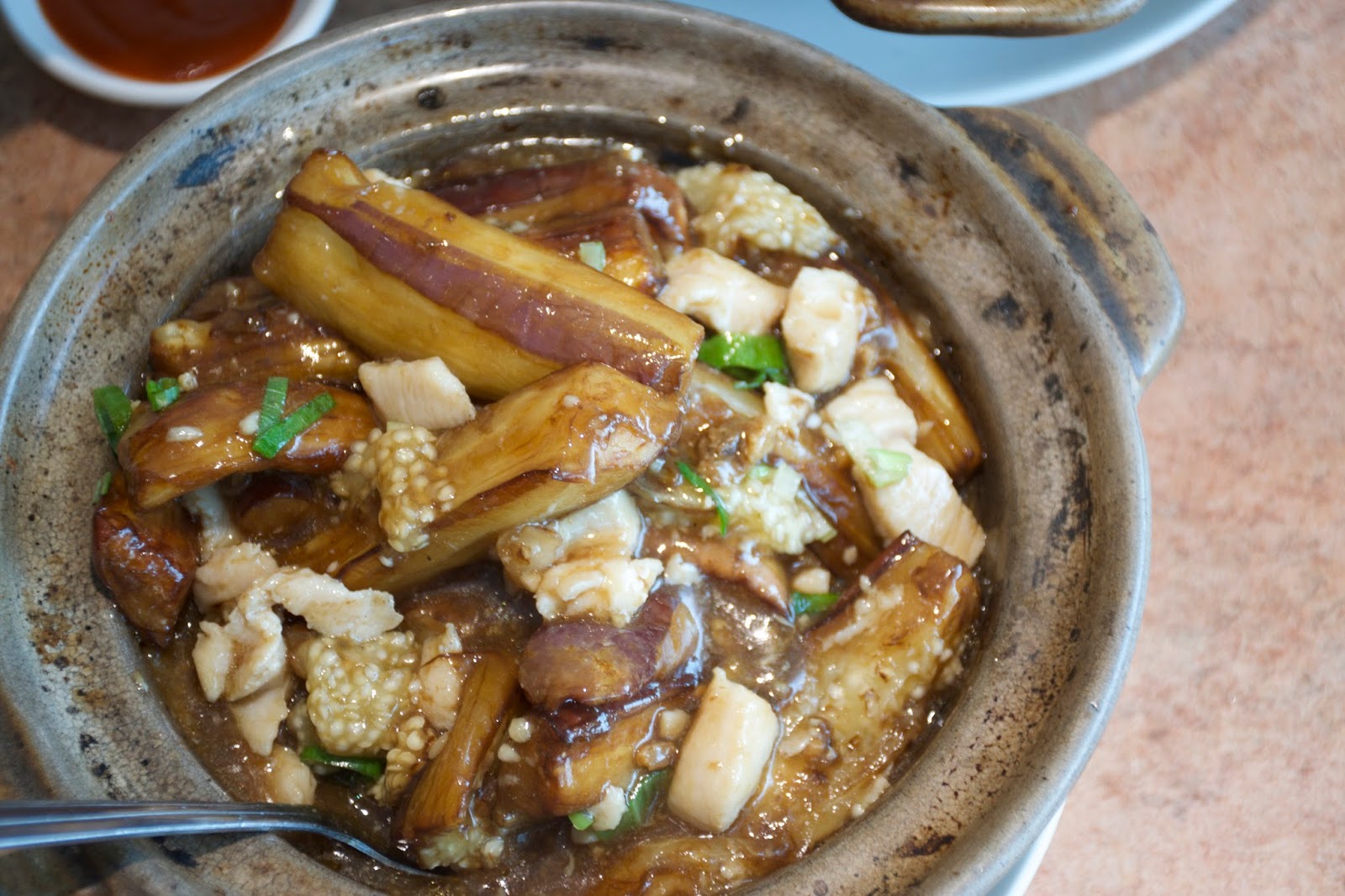 Salted Fish & Diced Chicken w/EggPlant Hot Pot
3/5 stars
Both my grandma and I really liked this dish! The eggplant was very soft, but not to the point where it was mushy! The salted fish flavour was really prominent but not too overwelming as to mask the other flavours. The chicken dices were tender and I enjoyed eating the pieces one by one. 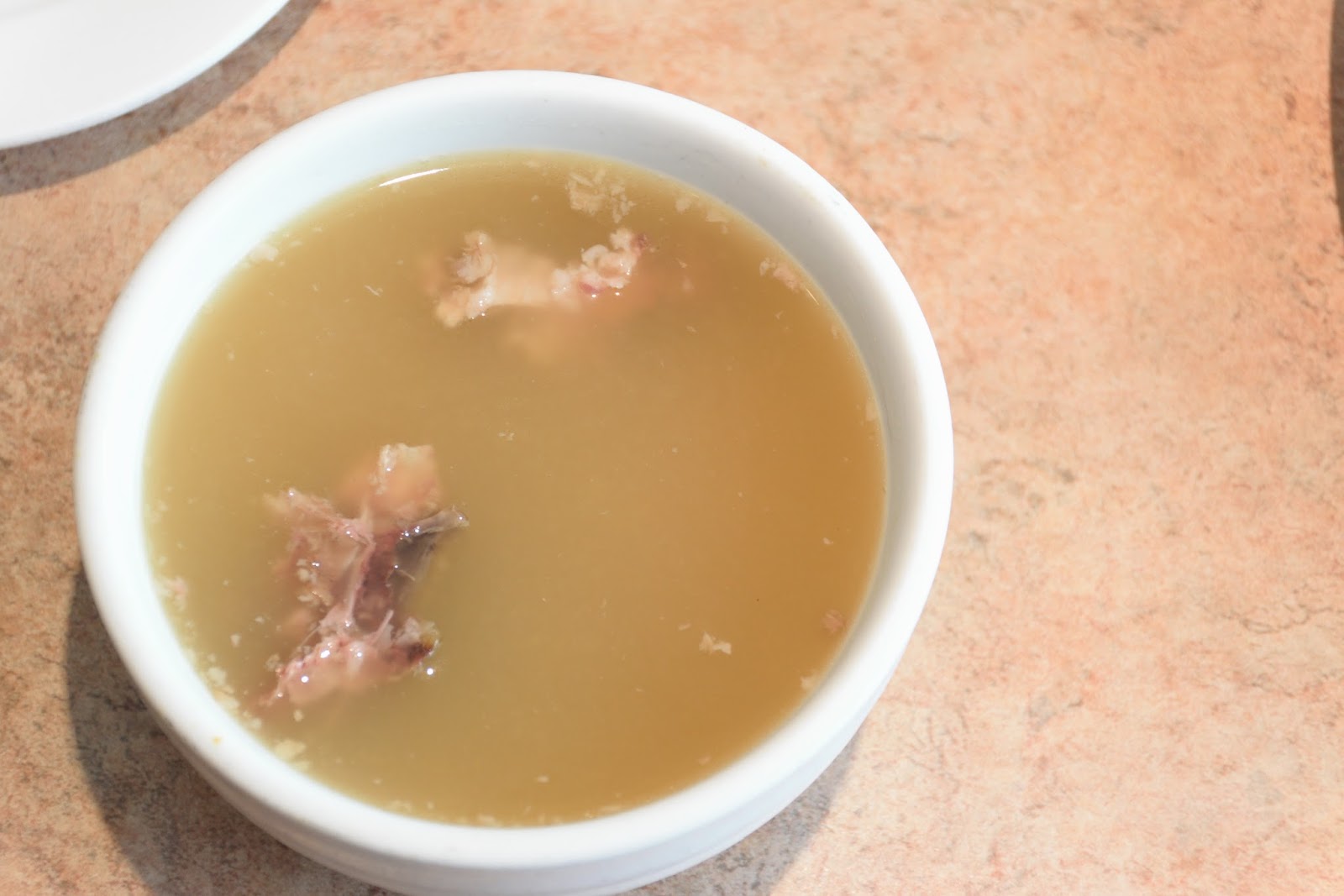 Soup of the Day
1.5/5 stars
We actually ended up getting 2 orders of this, one when we were dining, and we were also offered another bowl after we had paid!
The soup was really light, with a deep gingery flavour. It also had some pieces of pork and a piece of melon in it! 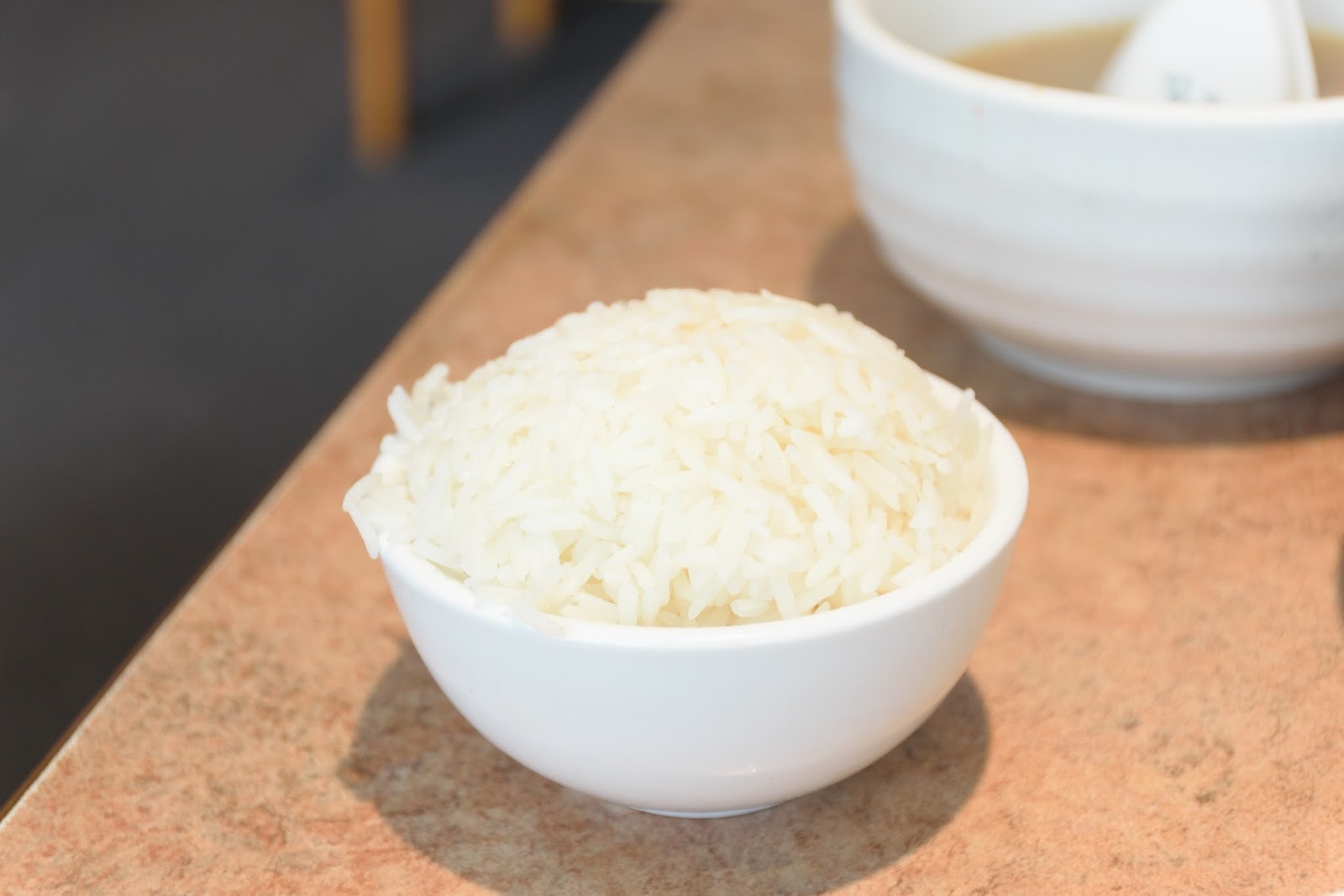 The Verdict
Master Hung is one of the better BBQ houses in Richmond and could *possibly* be in the same league as HK BBQ Master and PP BBQ. But it's all down to personal preference! If you haven't tried Master Hung yet you definitely should to see how you like it!