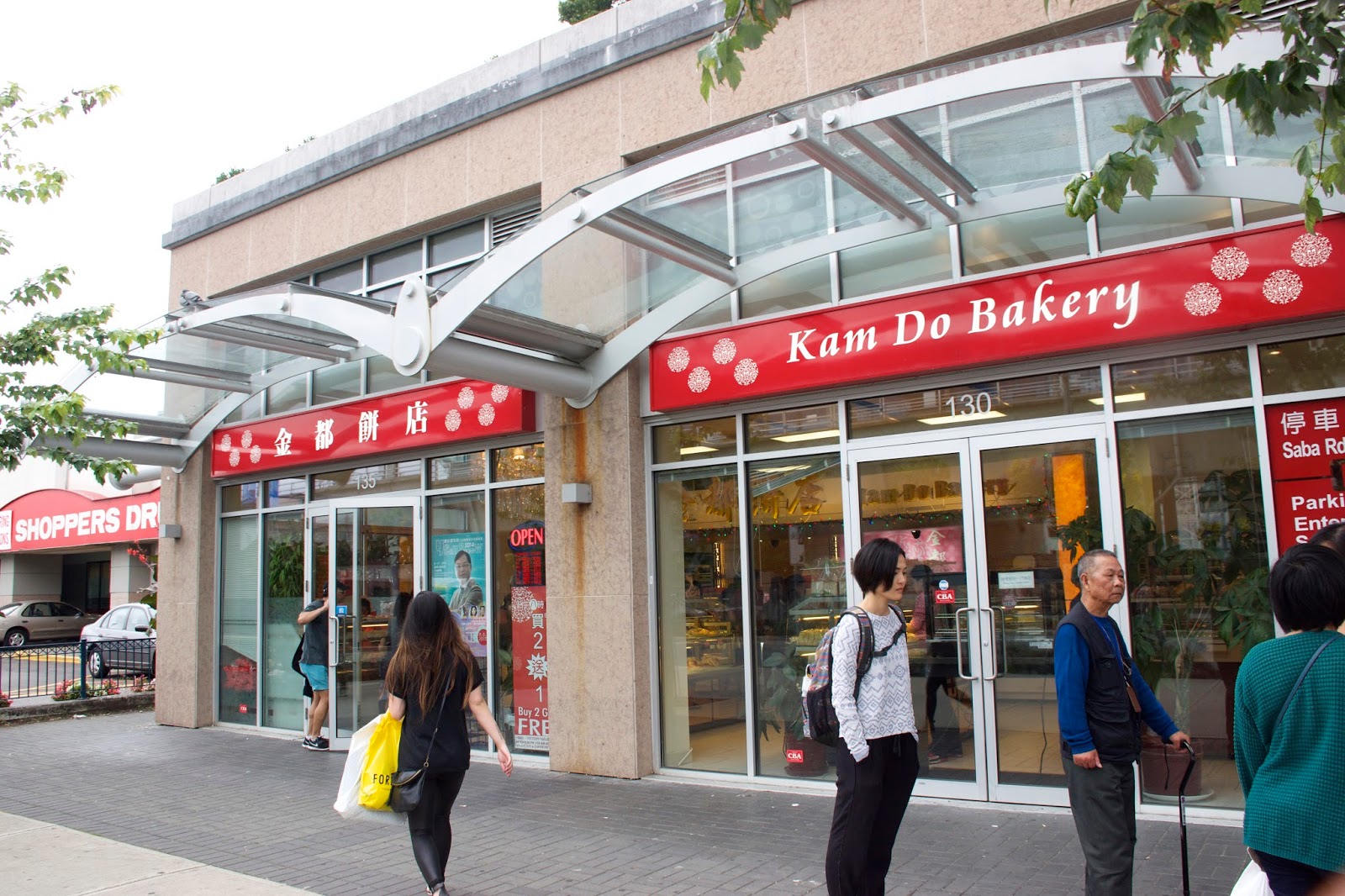 Yayy, mooncake festival is coming up! Growing up we always celebrated with mooncakes during the month of the Mid Autumn Festival, even though I didn't have any back then, cause I was allergic. I remember looking at the mooncakes in reverent awe and drooling as other people shoved them in their mouthes haha!

Personally I find mooncakes to be outrageously overpriced, considering the ingredients. Cheap mooncakes can be had for about $16 for a box. Midrange mooncakes are typically $40 a box, with expensive ones going upwards from $50. Most chinese bakeries sell mooncakes, but they definitely come at a premium. You can find cheaper ones at T&T, Crystal Mall, even Superstore or Costco (which I would not recommend lol!)

This year the Mid Autumn Festival is on Sept 19th but most places start selling mooncakes at the end of August! For those of you who are unfamiliar with the history of the mooncake festival, here's a little snippet from about.com

Every year on the fifteenth day of the eighth month of the lunar calendar, when the moon is at its maximum brightness for the entire year, the Chinese celebrate "zhong qiu jie."

There are various legends surrounding the mooncake festival and how it came to be but this is arguably the most famous one:

Overrun by the Mongols in the thirteenth century, the Chinese threw off their oppressors in 1368 AD. It is said that mooncakes - which the Mongols did not eat - were the perfect vehicle for hiding and passing along plans for the rebellion. Families were instructed not to eat the mooncakes until the day of the moon festival, which is when the rebellion took place. (In another version plans were passed along in mooncakes over several years of Mid-Autumn festivals, but the basic idea is the same).

Signature Dishes
My grandma decided to get mooncakes from Kam Do, because it was the most convenient for her! I love Kam Do, so I had no complaints! Kam Do has won the esteemed title of "Best Bakery in Richmond" in past years and continues to be one of the most prominent chinese bakeries in Richmond. Kam Do use to operate a HK Cafe/Bakery on Alexandra Road but has since relocated to a new location beside Richmond Brighouse station skytrain and Richmond Centre and they only sell baked goods now!

Service
Most of the items are self serve, you grab a tray and pick and choose with the exception of the pastries in the display counter. The ladies there are surprisingly really polite!They package the bread pastries in individual plastic baggies which ensures it doesn't cross contaminate and ensures freshness.

Ambiance
Kam Do is one of the cleaner bakeries, exhibiting a bright white interior and neatly displayed rows of pastries. It can get a bit chaotic in there because it's always so busy!

Value - Midrange $$
As far as pricing goes, most of the bread items are in the $1-2.50 range. The speciality items can be anywhere from $3-10, depending on what you get. As with most asian bakeries, if you buy 6+ items, tax is exempted. 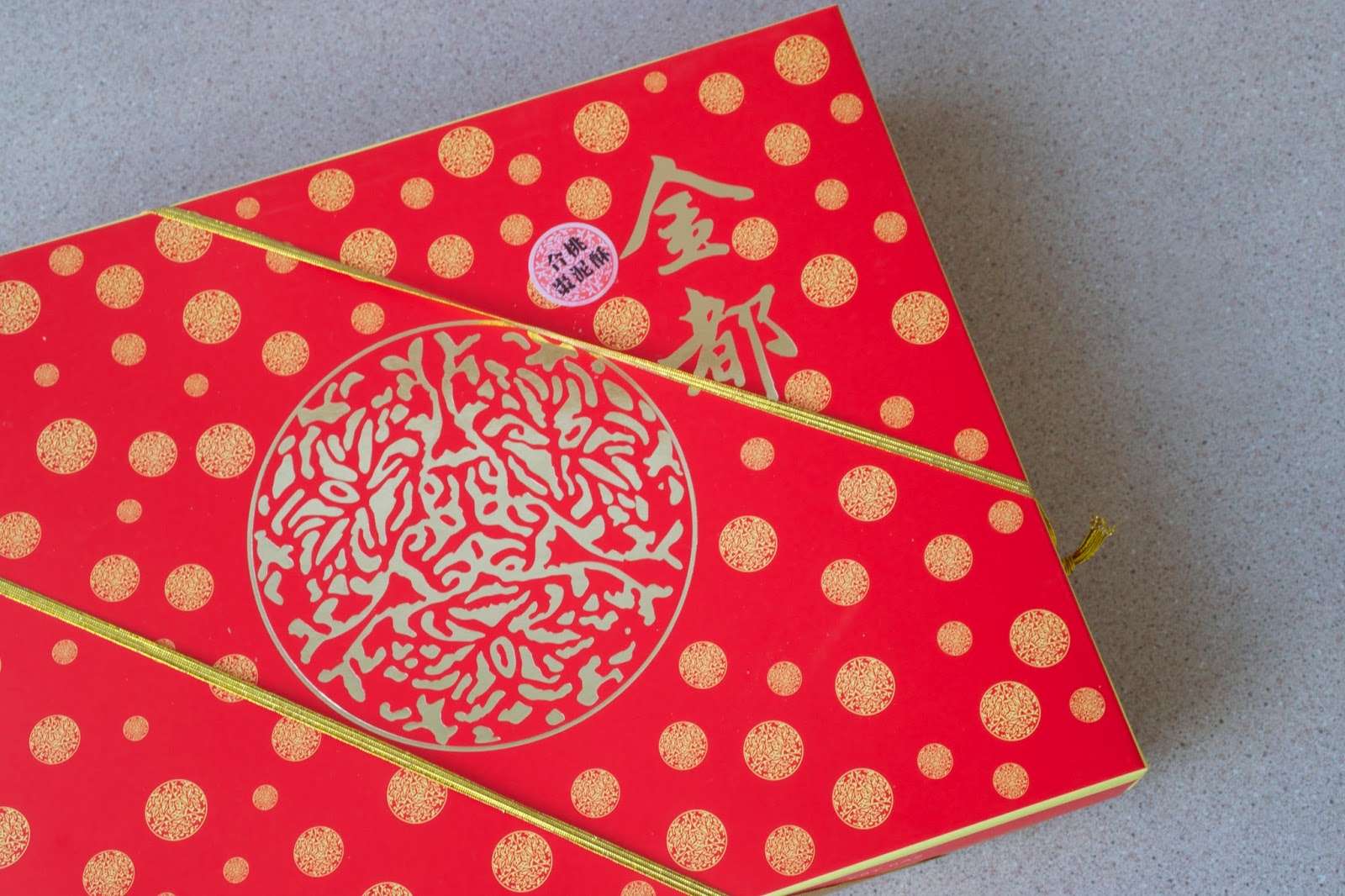 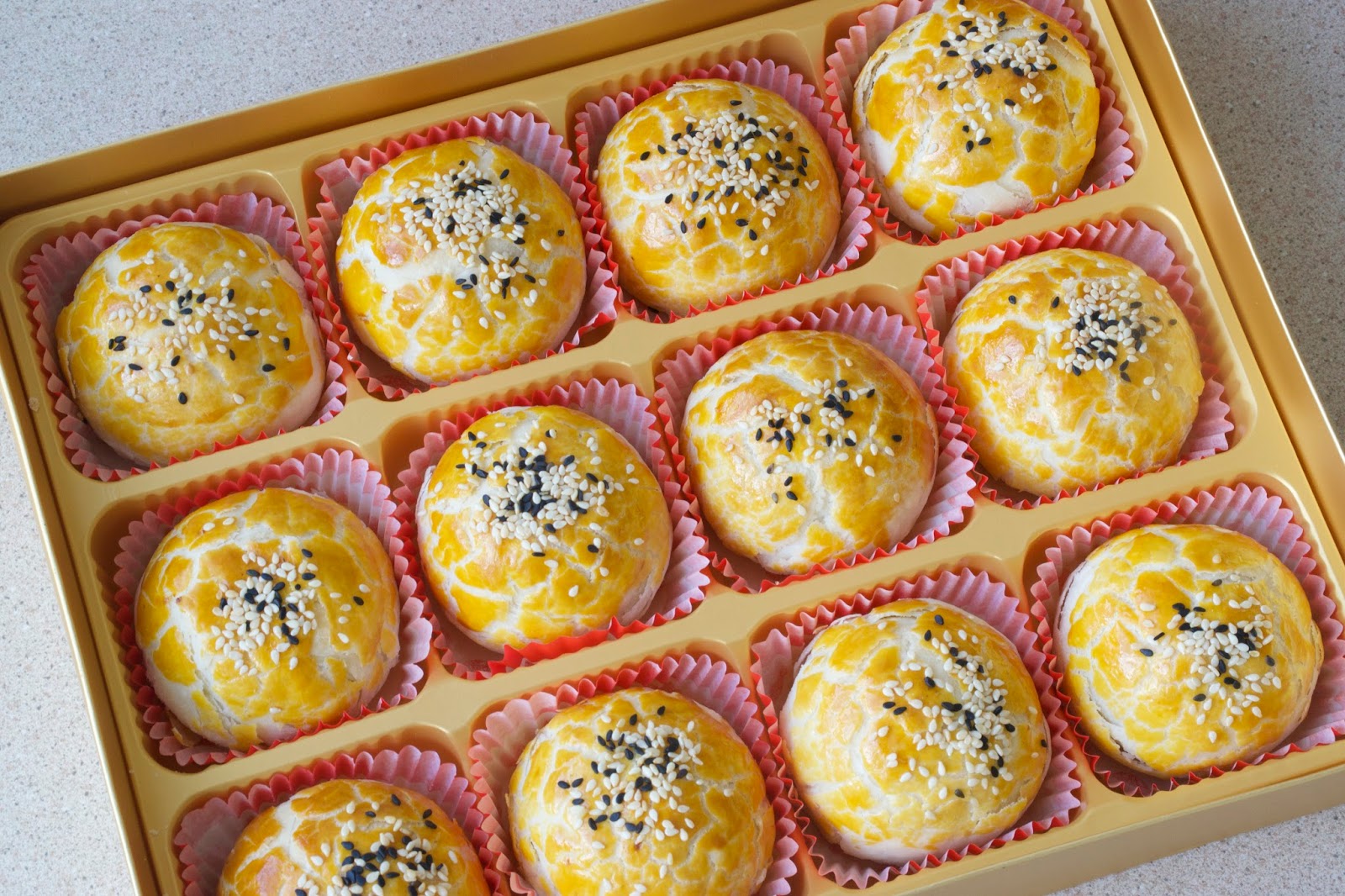 Flaky Date & Walnut Pastry
4/5 stars
Okay, technically these aren't considered mooncakes, but I thought I would include them anyways because people eat these too during mooncake festival! The outer layer is super flakey and crispy, with interlaced layers.  I didn't get to try any because I'm allergic to walnuts, but my grandma said the date flavour was very strong, and it was sweet-salty. The interior just looks like date paste with bits of walnut in it haha (sorry I didn't get a picture). 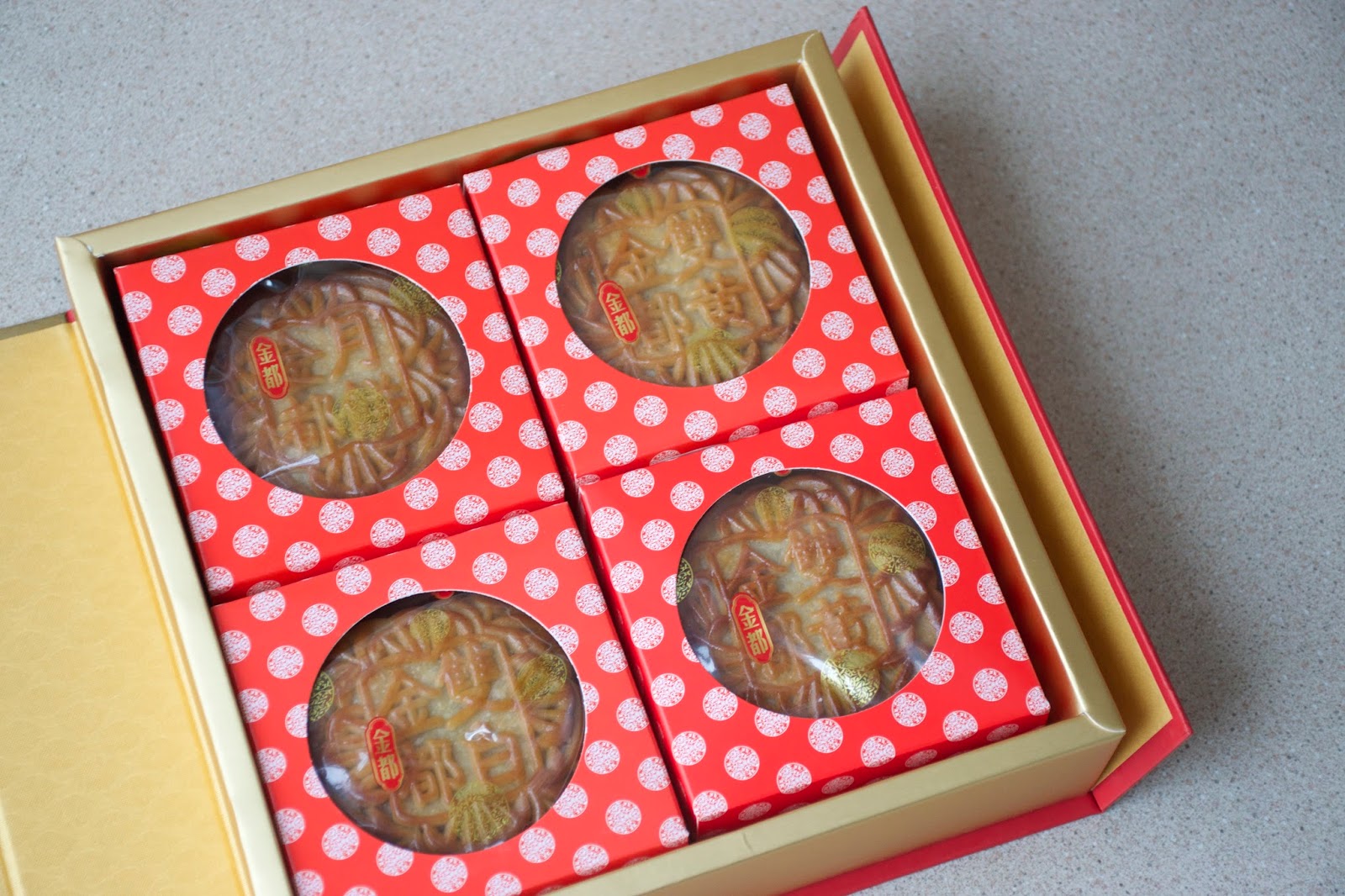 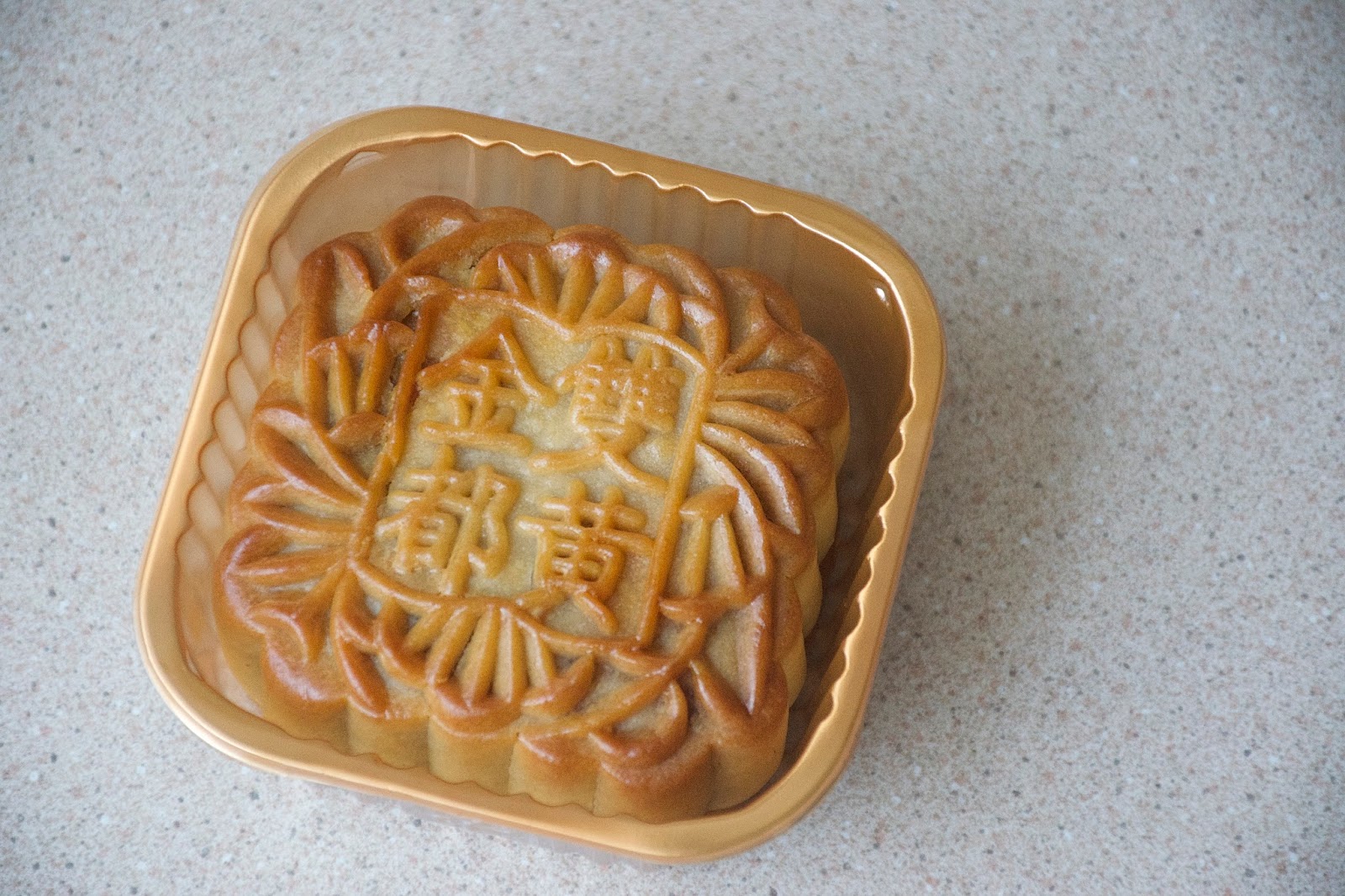 This says "Kam Do 2 Yolk" on it. I can't read Chinese, I asked my grandma to translate haha! I forgot what this one was but they pretty much look all the same on the outside & inside! 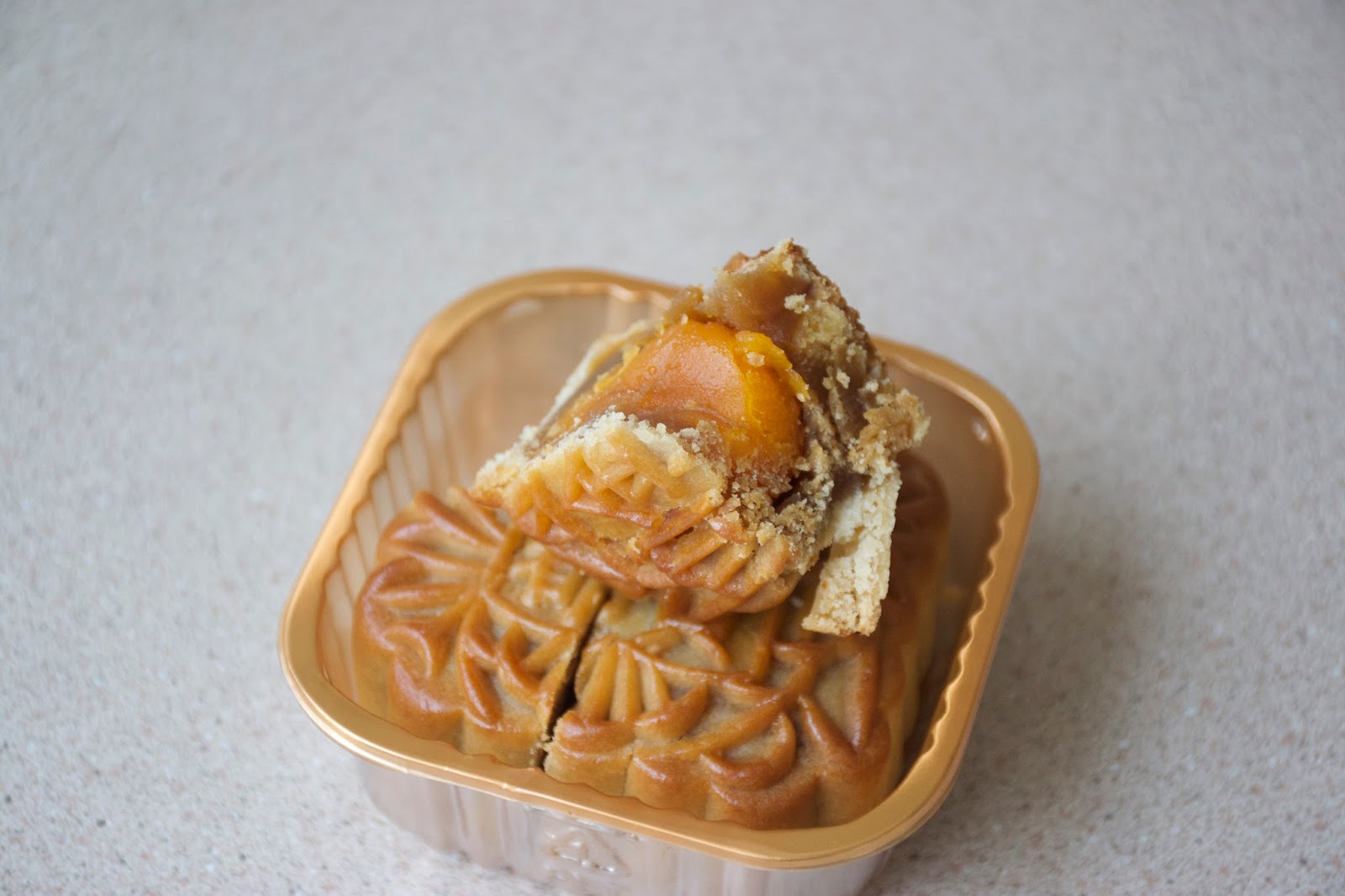 I'm not a mooncake expert haha, but these were delicious! The white lotus is a more "pure" and simplified version. The red version is just deeper in colour but I couldn't really detect any difference. Maybe they put red bean in it? The 3 lotus has 3 different kinds of egg yolk in it.

The mooncakes  were just the right amount of sweetness, and combined with the salty egg yolk, it was great! My only issue was that the egg yolk was unevenly distributed, and some pieces didn't even have egg yolk in it. The mooncake was very moist, with the outer layer being slightly crumbly. 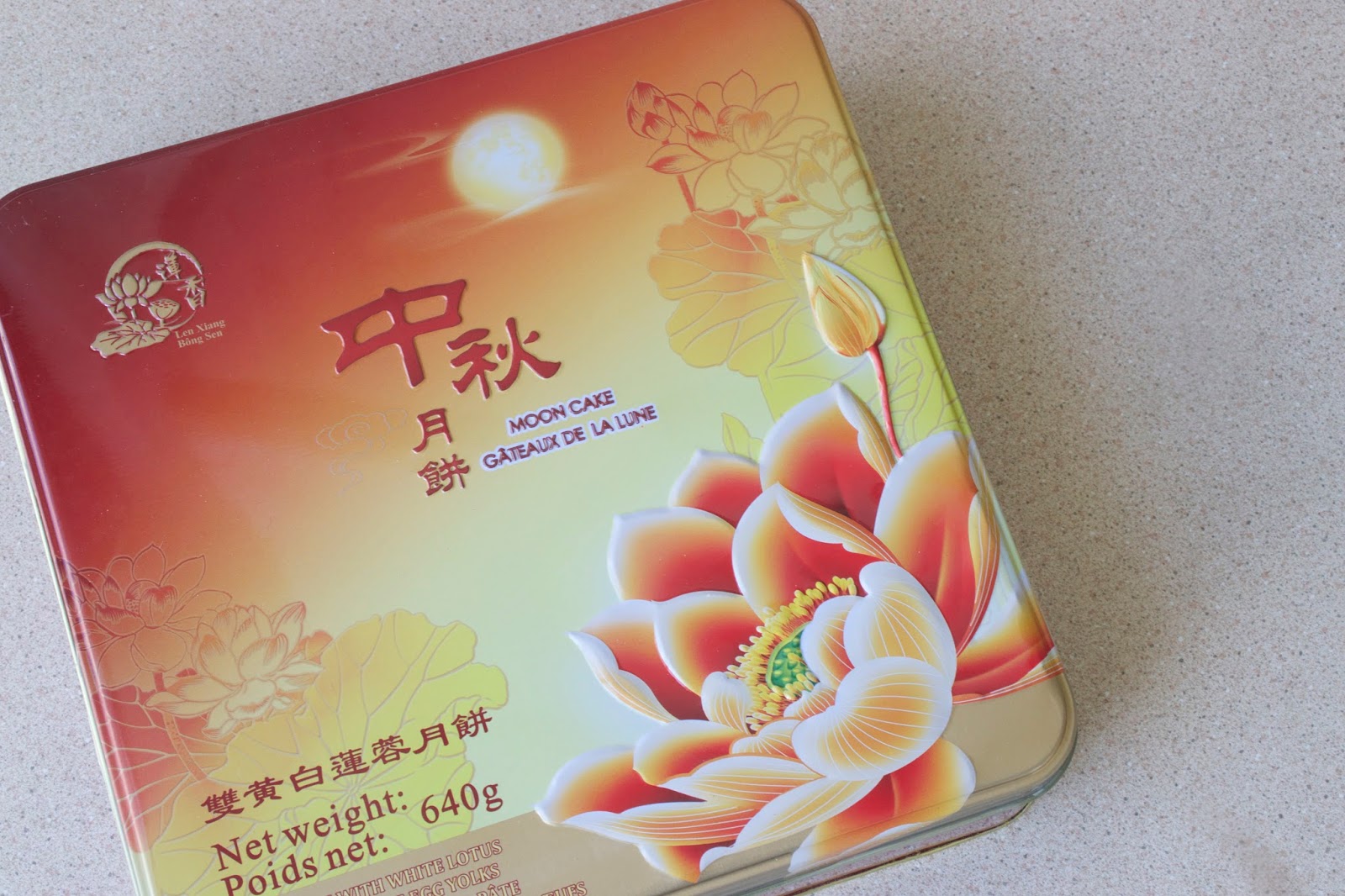 My mom got these ones from Crystal Mall for $16! Such a steal! She got it from a random vendor (not a bakery) so I'm not sure which store she got it from. Unfortunately the taste was reflective of the price though. These ones were all the same flavour. 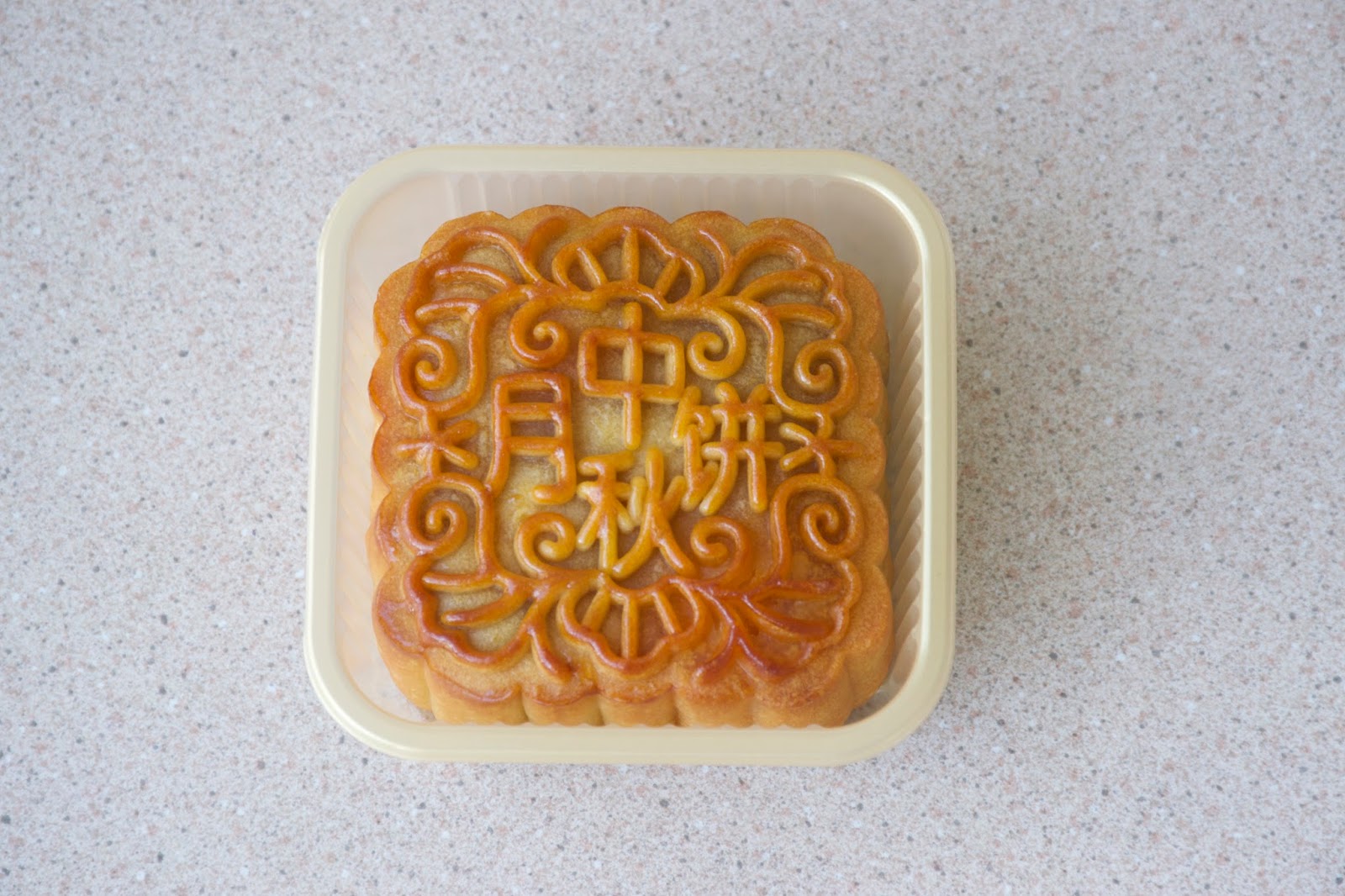 This one says "Mid Autumn Festival Mooncake" on it!
1.5/5 stars
These definitely didn't taste as good as the ones from Kam Do, as expected. The mooncakes were moist and chewy but a bit lacking in flavour. Like the ones from Kam Do, the egg yolk was unevenly distributed throughout the mooncake. I also found some parts of the egg yolk to be drier and less flavourful than other parts, which was odd. Definitely a consistency issue here. 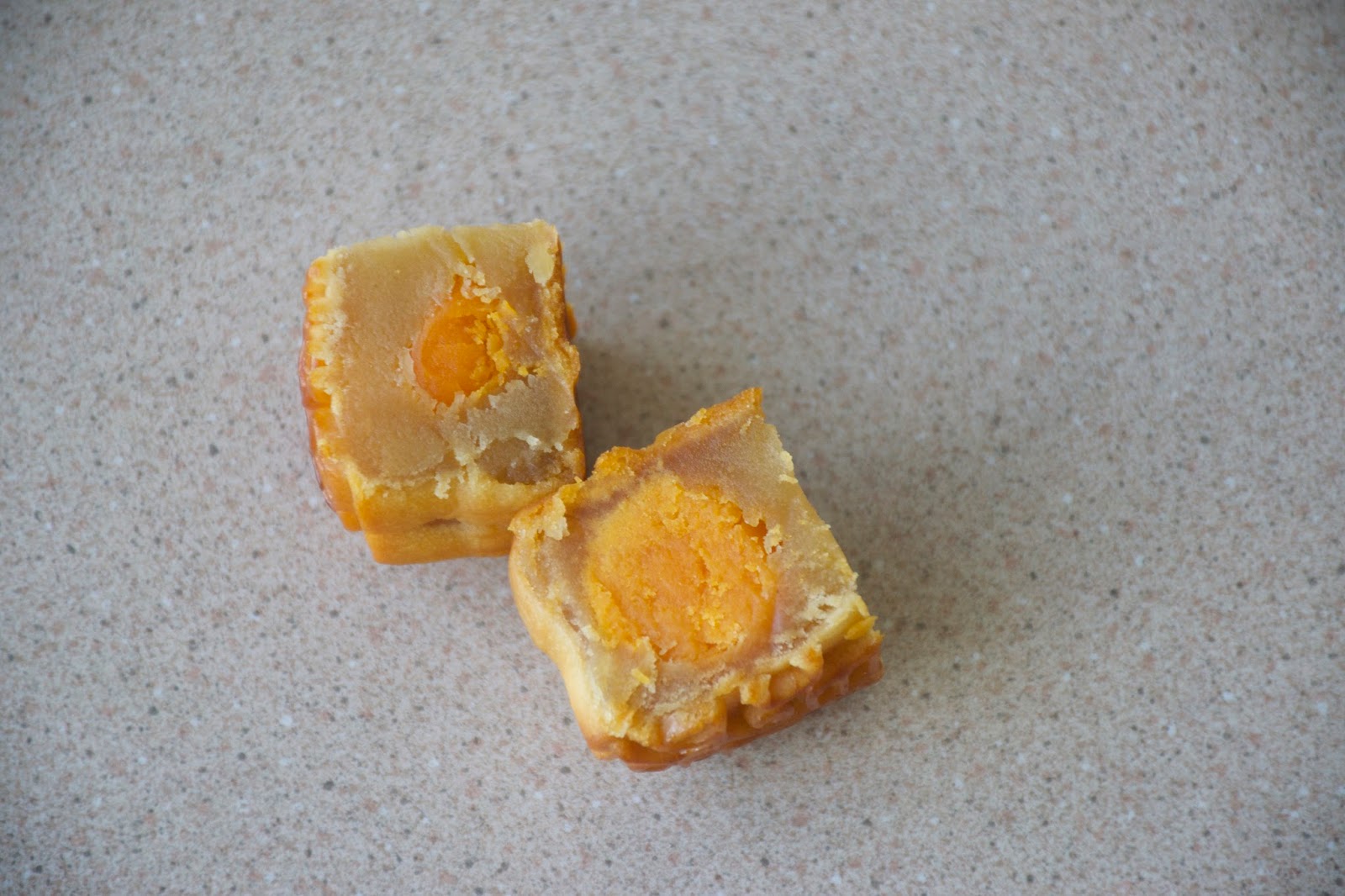 And here's what they look like one the inside! You can tell there's a major colour variation, the left one is darker. The darker yolk was more flavourful, and less dry.

The Verdict
The mooncakes from Kam Do (albeit pricey) were delicious! The ones from Crystal Mall...not so much haha. If you guys haven't tried mooncakes you definitely should, they're only available once a year! If you're a mooncake connoisseur, let me know your favourite place to buy mooncakes in the GVR! Happy early Mid Autumn Festival everyone! :D