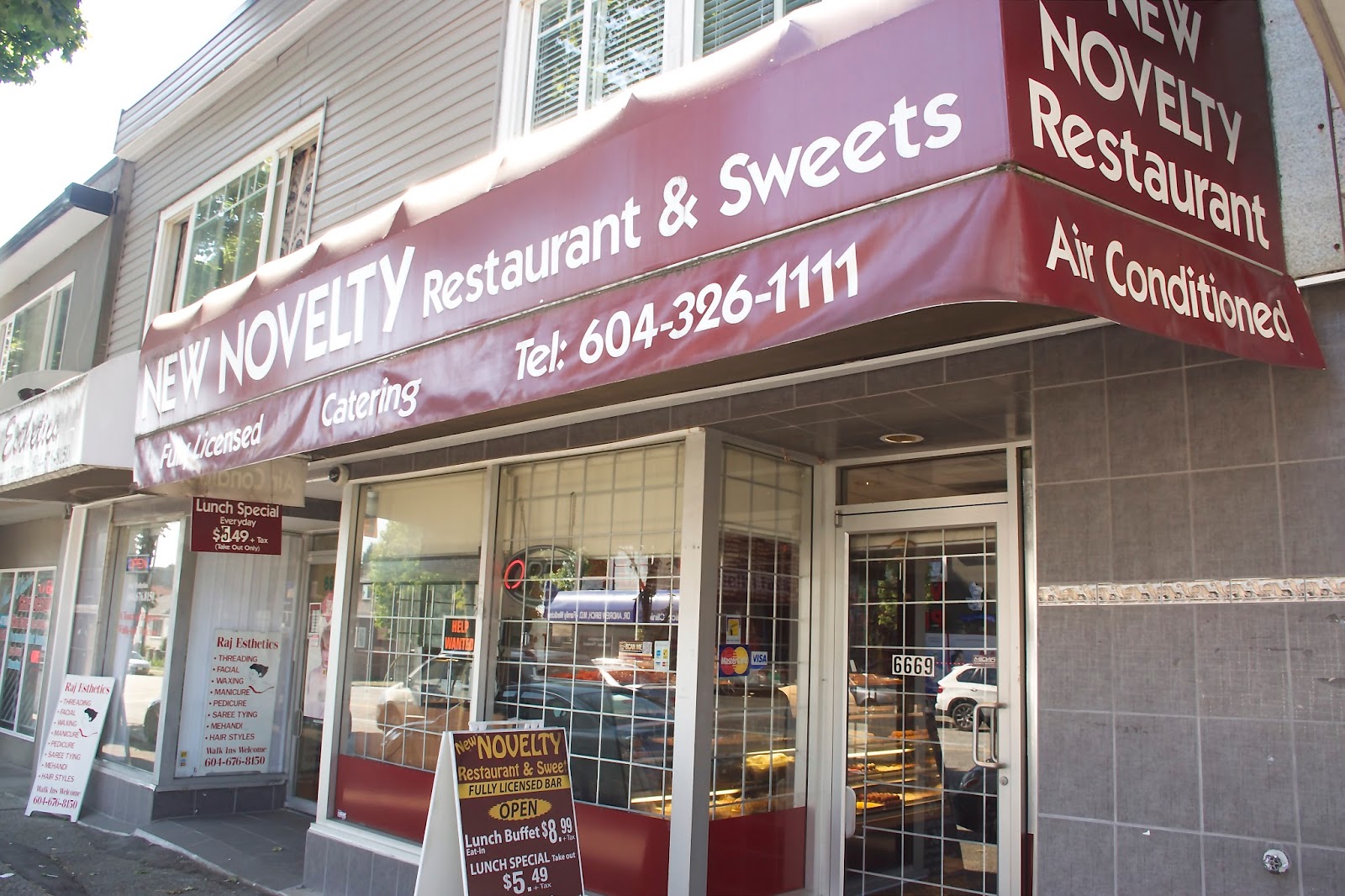 Being the cash strapped student that I am, I *try* (often unsuccessfully) to limit myself to $10 a day for food LOL. Welll...unless someone else is footing the bill harharhar. Back in high school I use to be THE buffet queen. Now, not so much haha. Stuffing myself to the verge of vomiting isn't all too appealing to me anymore, I've matured ;)  Butt I just couldn't pass this one up. $8.99 for a buffet? Count me in! 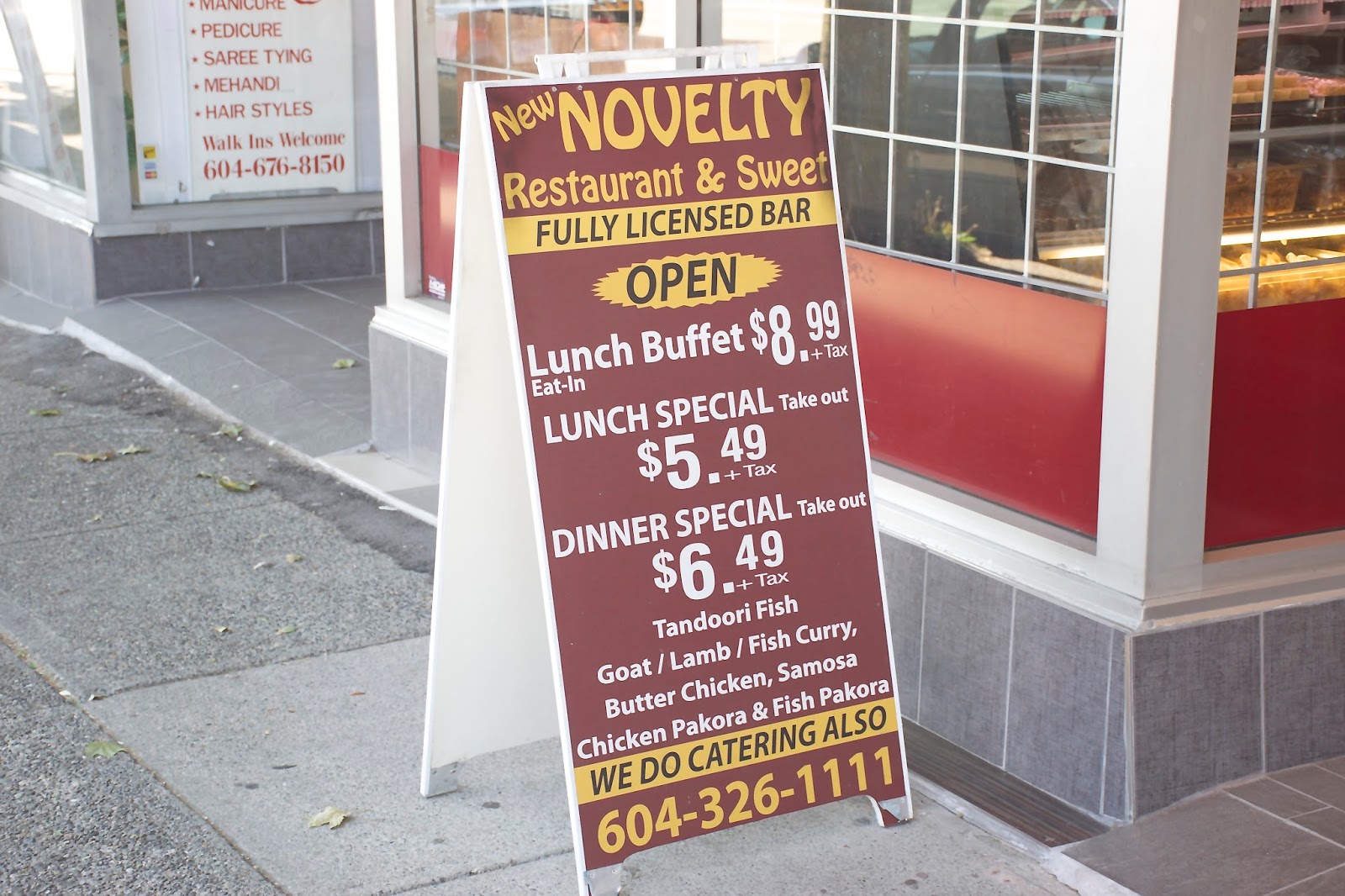 Signature Dishes
If you don't feel like eating in, you can opt for one takeout item from their buffet for $5.49 (lunch) and $6.49 (for dinner!) The food in the buffet tasted surprisingly fresh, and was kept steaming hot for a long time.

They also have a separate sweets section up front so you can grab some desserts after lunch! :D

Service 4/5 stars
Service was great! The guy serving me was really nice, he was smiling the whole time! When he saw that I was taking pictures he came over and suggested that I take a pic of the samosas in another angle LOL.

I liked how he gave me my own pitcher of water, even though I don't drink fluids with my meals because it affects my digestion and makes me all bloated lmao

Ambiance - Casual
The place is really small but pretty clean! They have a TV on the wall that plays reruns of indian soap operas to keep you entertained while you're noshing on your food! :D

Price - $
New Novelty is probably the cheapest place for an Indian buffet I've come across in the GVR. If you opt for takeout, it's even cheaper. For the equivalent price of a food court meal, you gain access to a wide selection of food and unlimited refills!

Value - Great
Taking into consideration how pricey it is to dine out in Vancouver, this place is a great deal! But if you really want to get your money's worth,  I would suggest loading up on the meat and skipping the carbs! :D 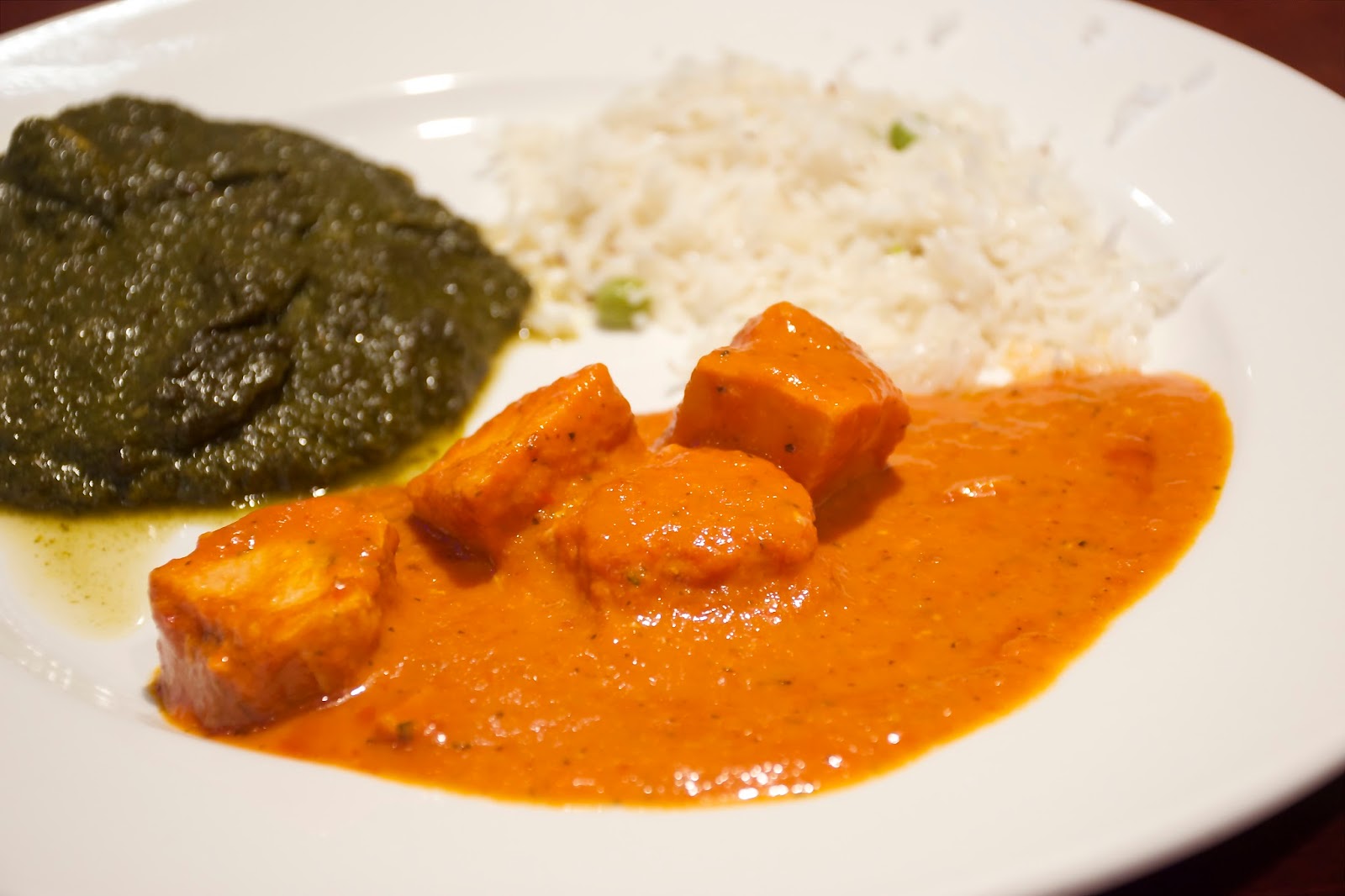 Butter Chicken
3.5/5 stars
This was actually pretty tasty! I went back for the butter chicken multiple times lol! The sauce was really creamy, heavy on the butter and spices.  The chicken pieces were reasonbly tender and easy to chew. 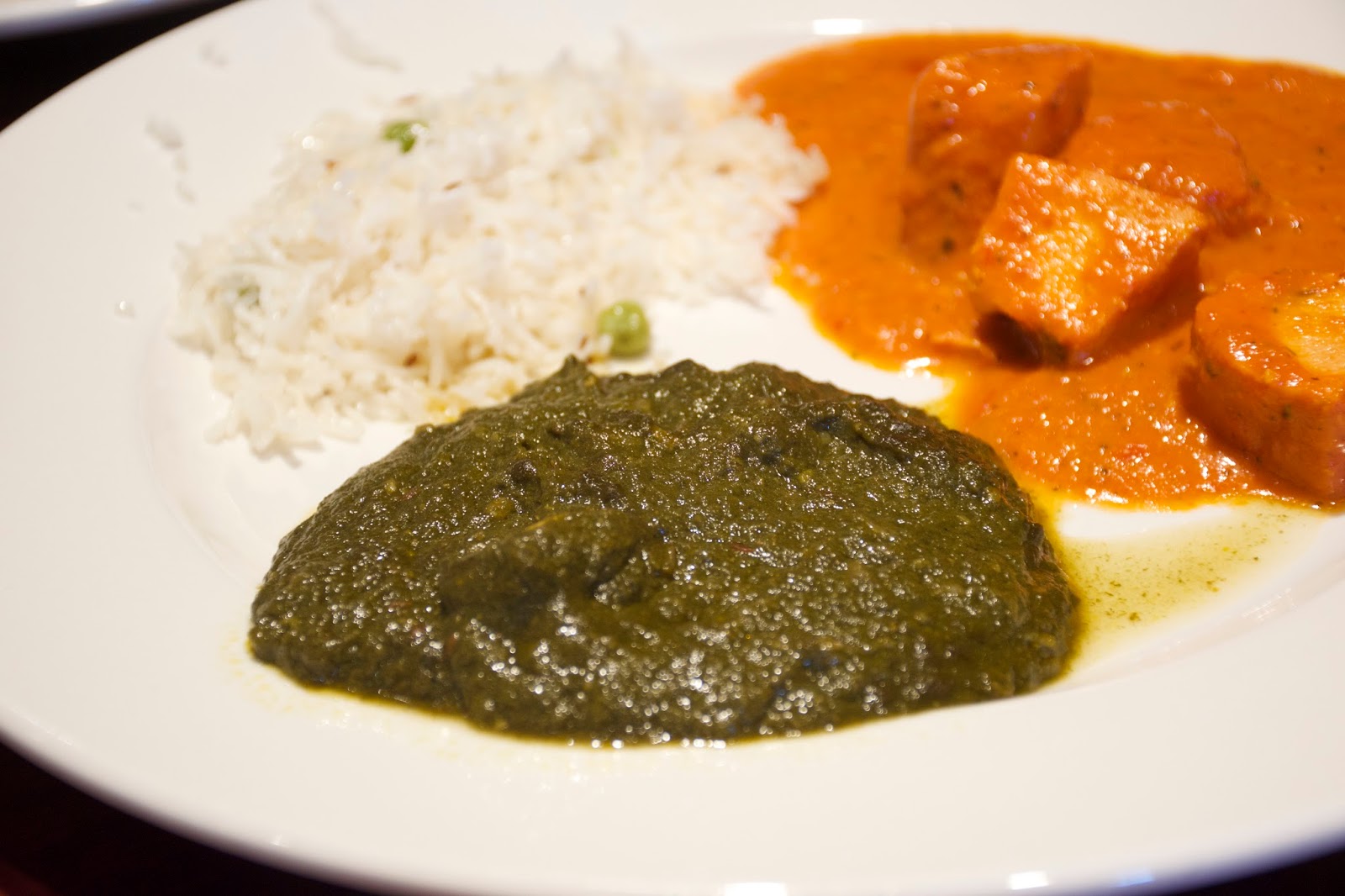 Palak Paneer
2/5 stars
Palak Paneer is basically pureed spinach, so its super healthy haha! The garam Masala flavour was very potent but the garlic flavour was a bit lacking. Consistency wise,  it was really thick and it's mushy texture made it really easy to eat lol 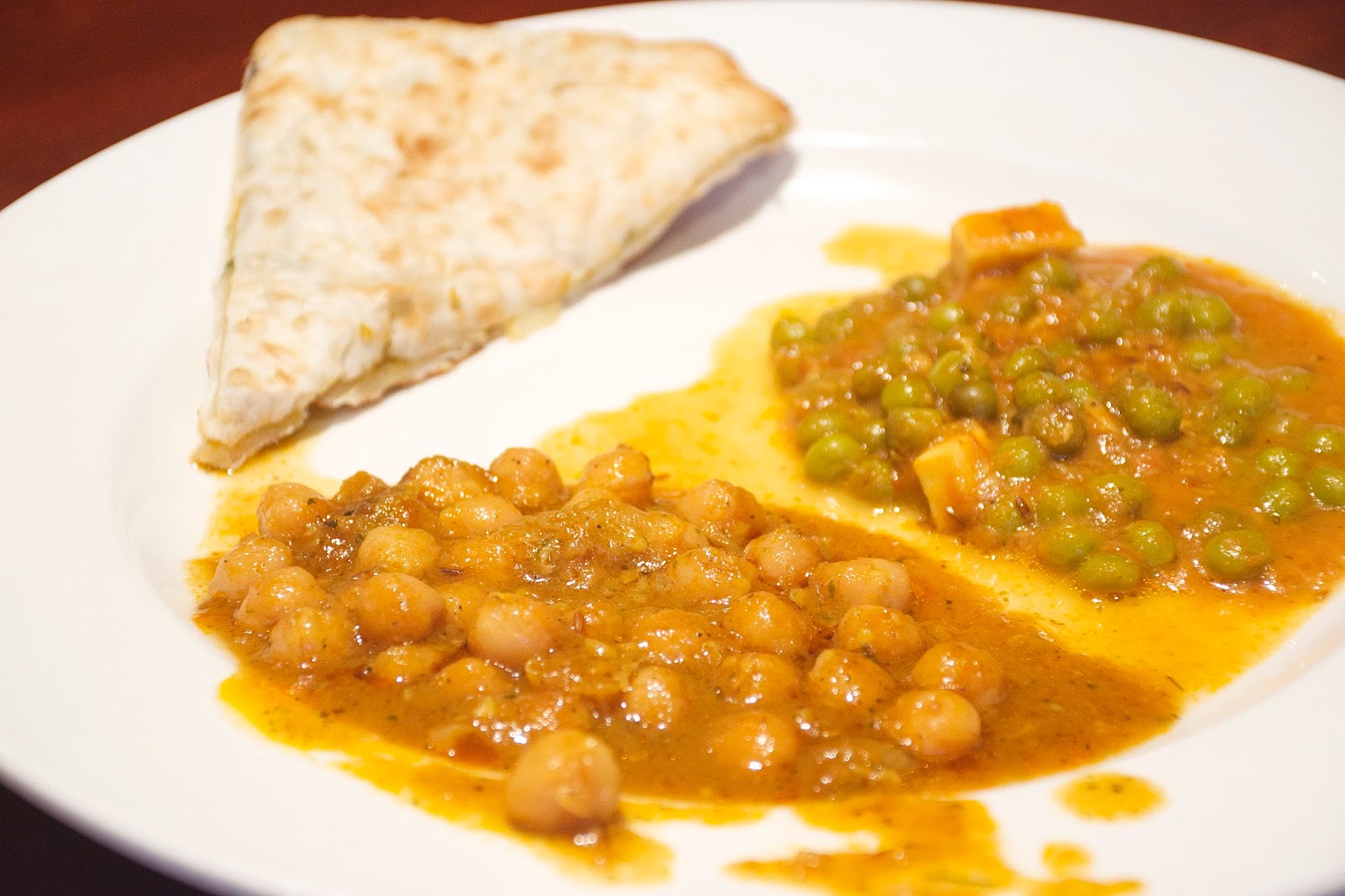 Chicken Masala
2/5 stars
Chicken Masala is bascially chickepea curry! This was mildly spicy and really watery. The chickpeas weren't mushy and still had a good crunch to them! 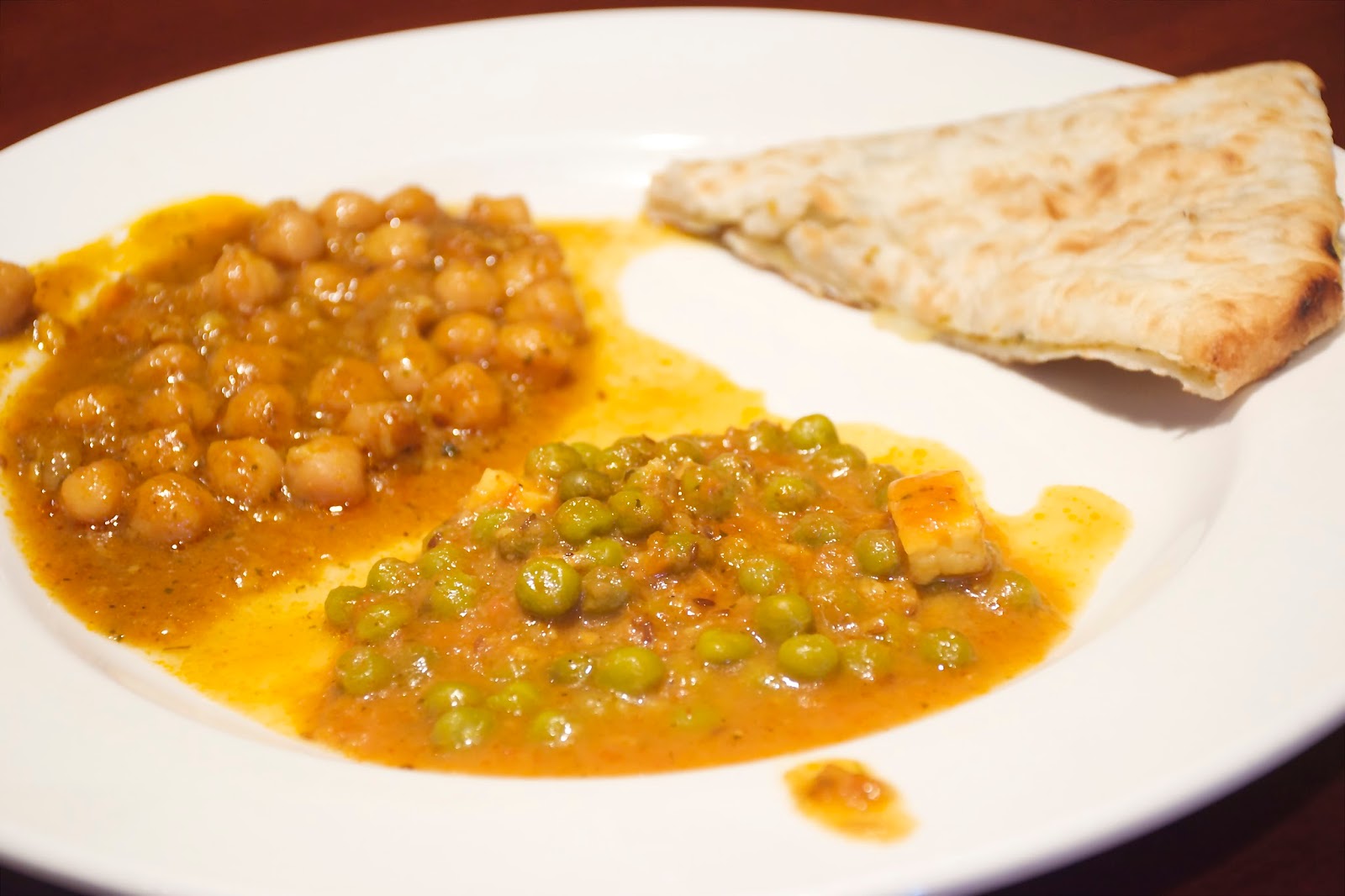 Matar Paneer
2/5 stars
This wasn't spicy at all but had quite a bit of flavour, in comparison to the chickepea Masala. The cheese was really soft, and slightly melted. The peas weren't as mushy as I was expecting. 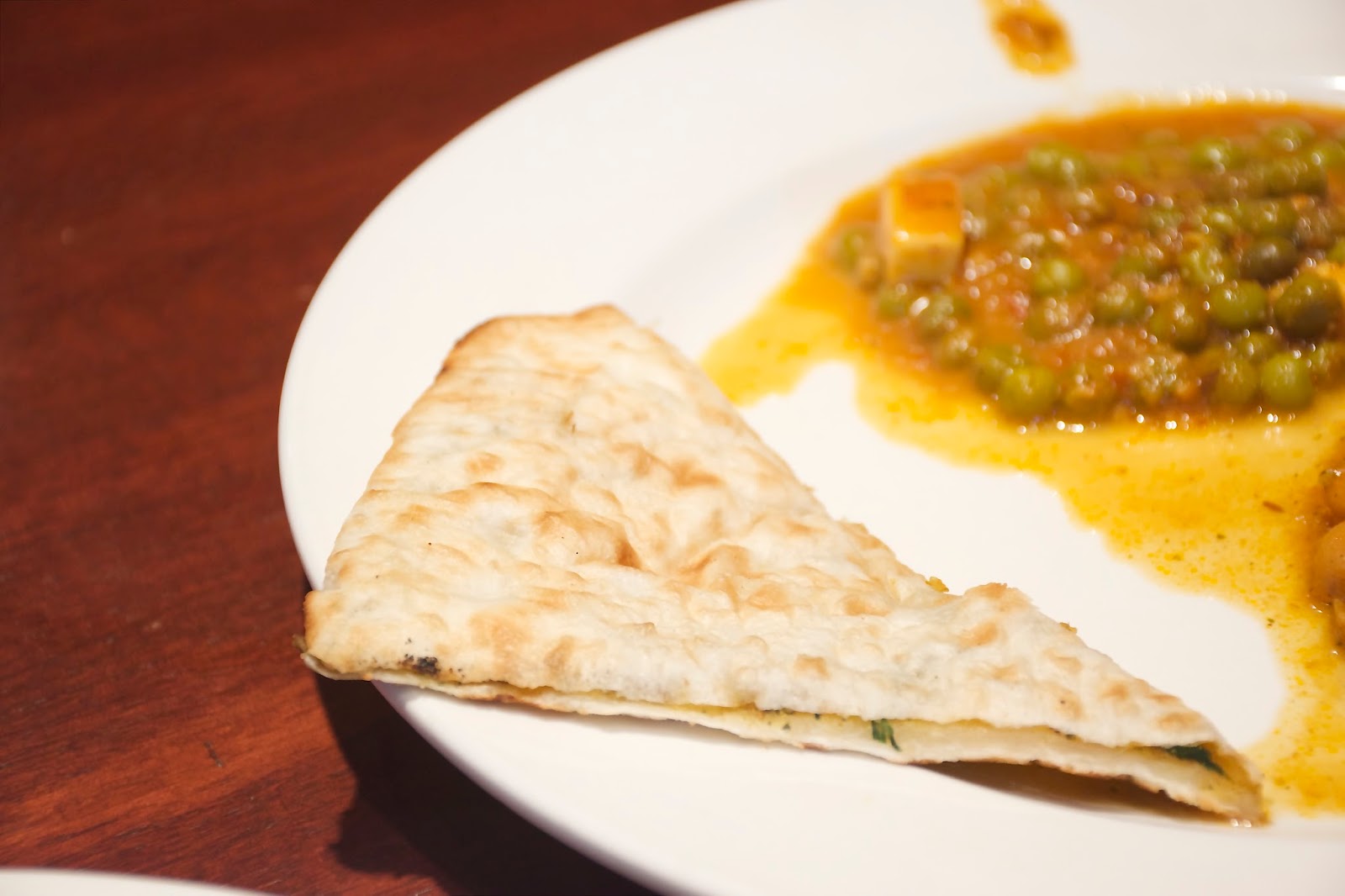 Paratha
1/5 stars
Paratha is bascially stuffed naan! This particular version was stuffed with a garlic paste. This had promise, but since it had been sitting in the buffet for so long it was already soggy!! Nobody wants soggy naan!! This definitely would have been better if it was fresh and crispy. 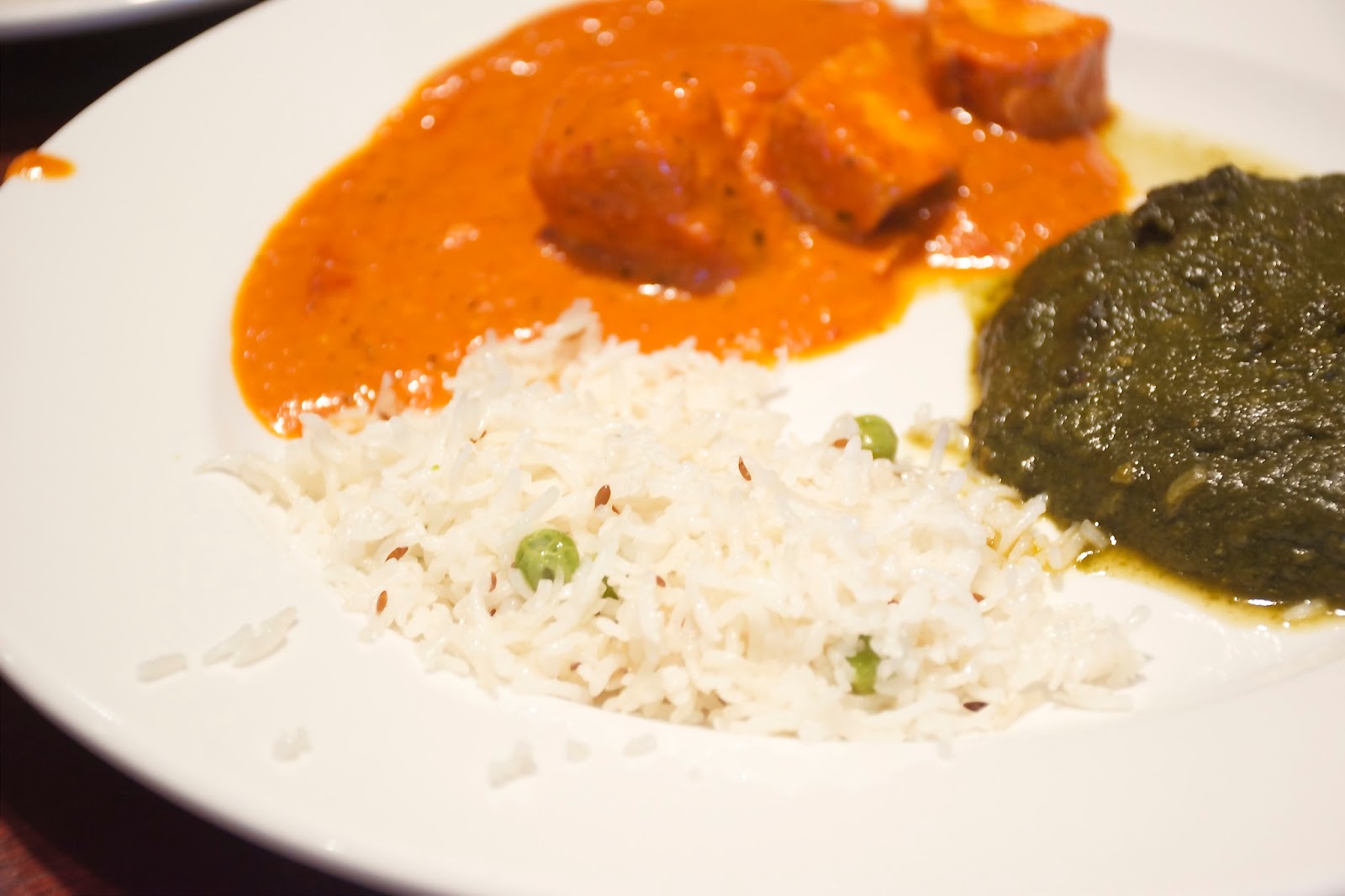 Basmati Rice
3.5/5 stars
I ate heaps of this and kept going back for more hehe! The rice was super fluffy, fragrant and was actually salty! Since the other dishes were quite heavy - flavour wise the rice was needed to balance things out. 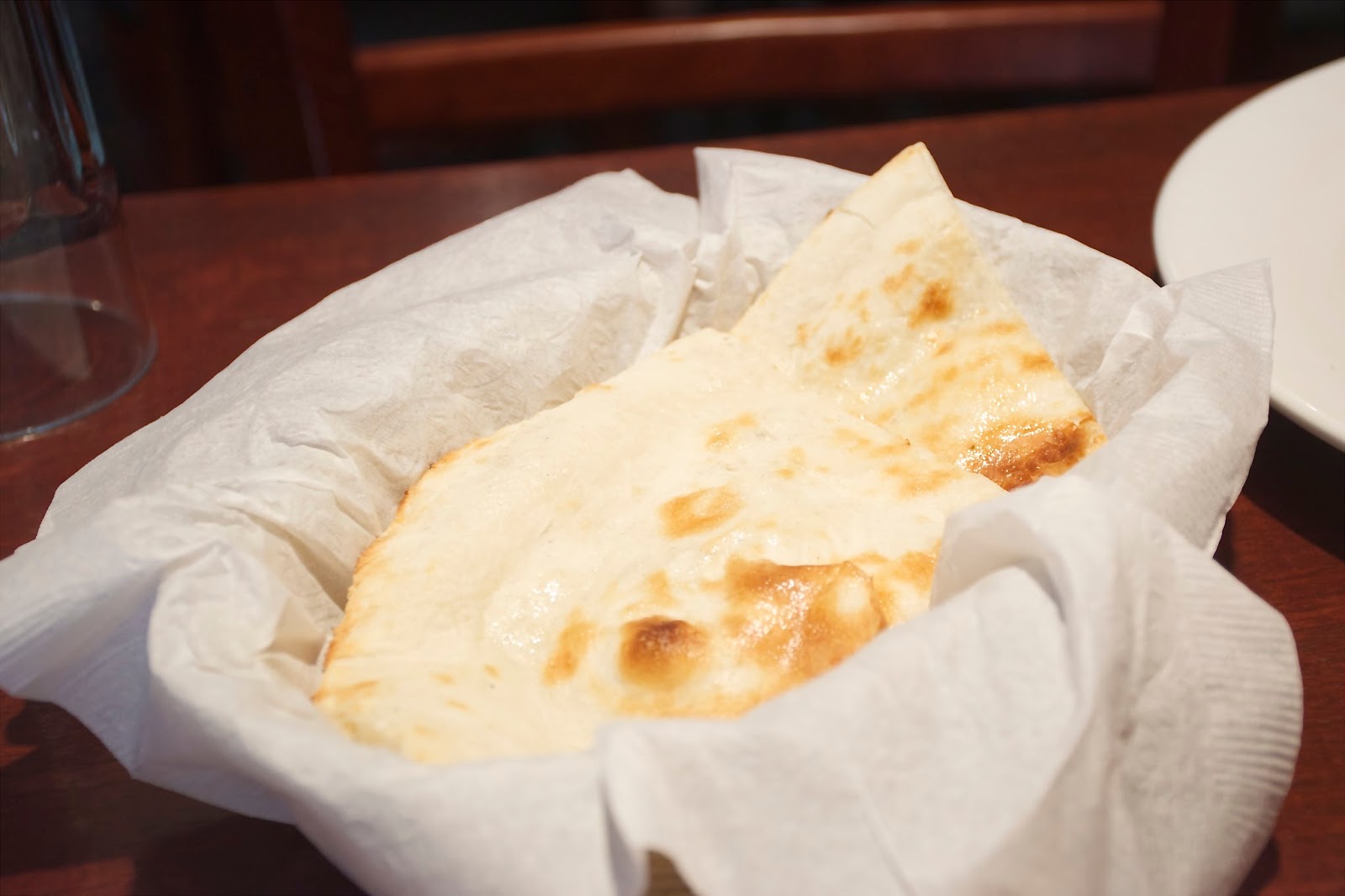 Naan
3.5/5 stars
I really enjoyed this because it was freshly made! The edges were charred, crispy, with a slight smokey flavour.  The bread itself was really bouncy, and ripped apart effortlessly. He gave me two pieces but don't be shy about asking for more, it's a buffet after all! :) 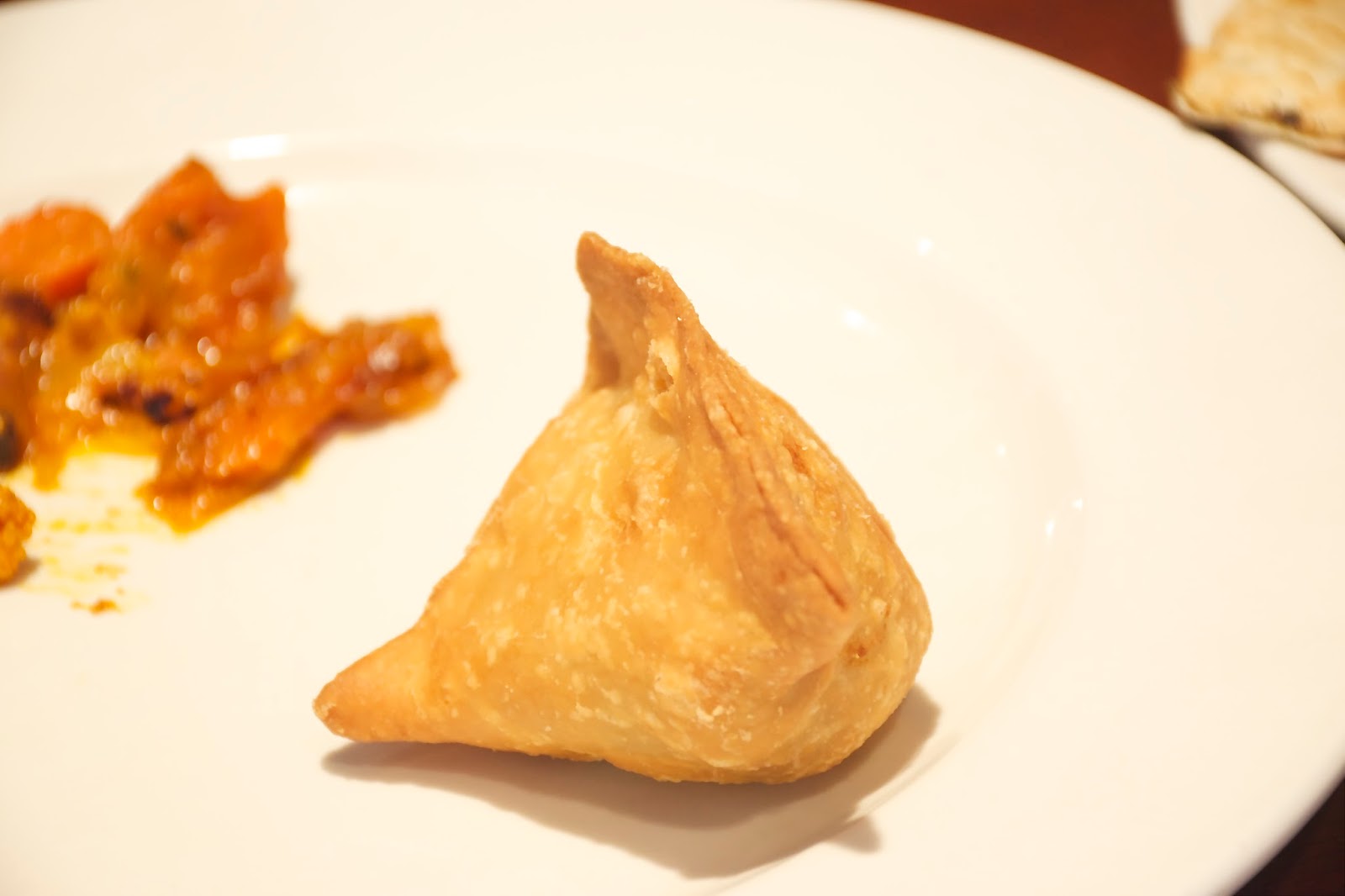 Pakora
3.5/5 stars
Even if you don't eat at the buffet you can purchase their parokoras individually for $1 each! This was actually really spicy with ample amounts of potato filling. The exterior had a crust like texture and it was super crunchy! The thing was pretty huge and you could probably get full by eating 3 lol. 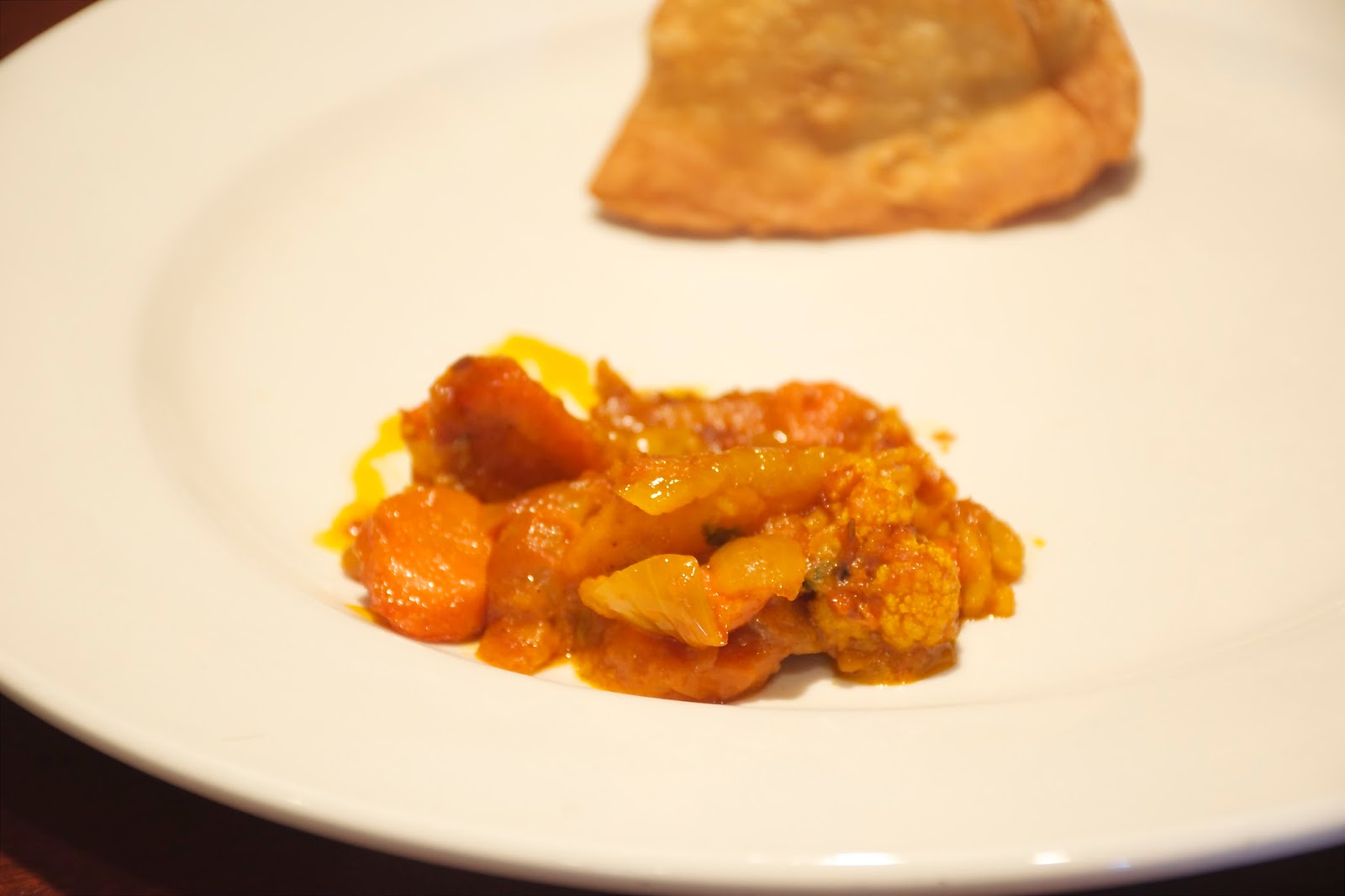 Vegetable Curry
3/5 stars
This was the spicest dish out of everything that I tried (evident by the colour!) It had onions, cauliflower, carrots and potatoes in it but you couldn't distinguish between them because they all tasted the same haha. 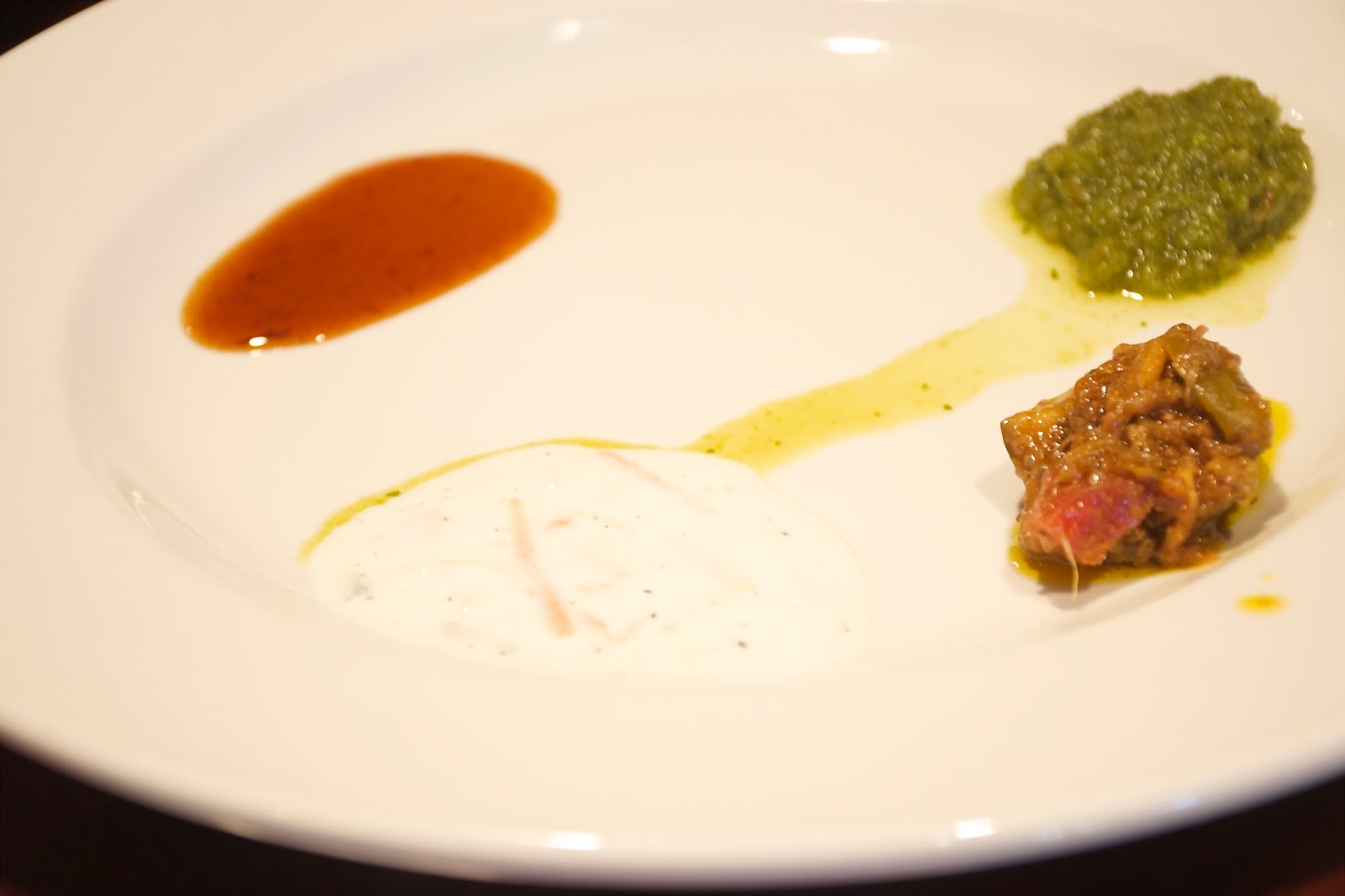 Various Sauces
They also had a condiment station with 4 different kinds of sauces that you can dip your naan and samosas in! 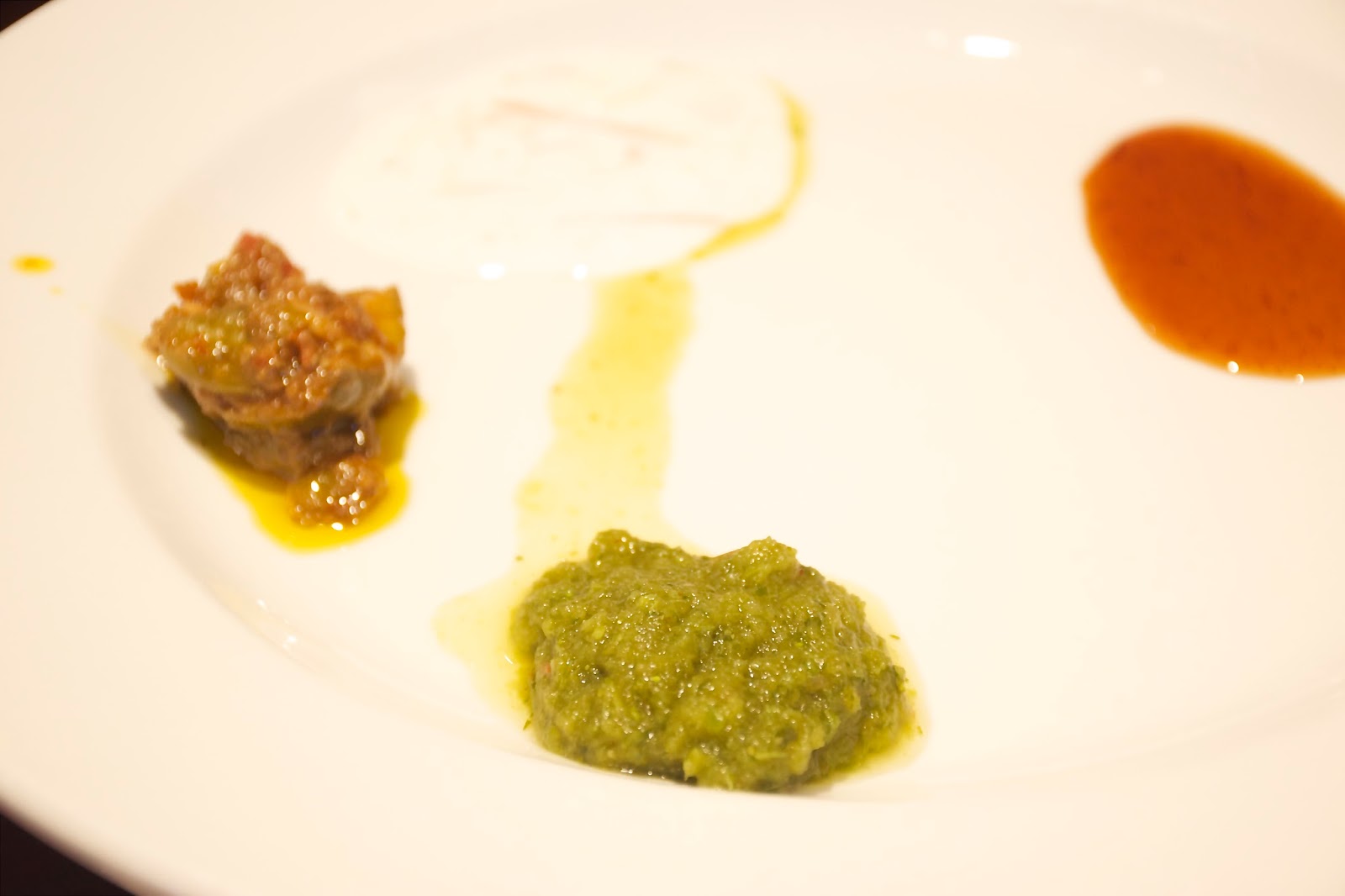 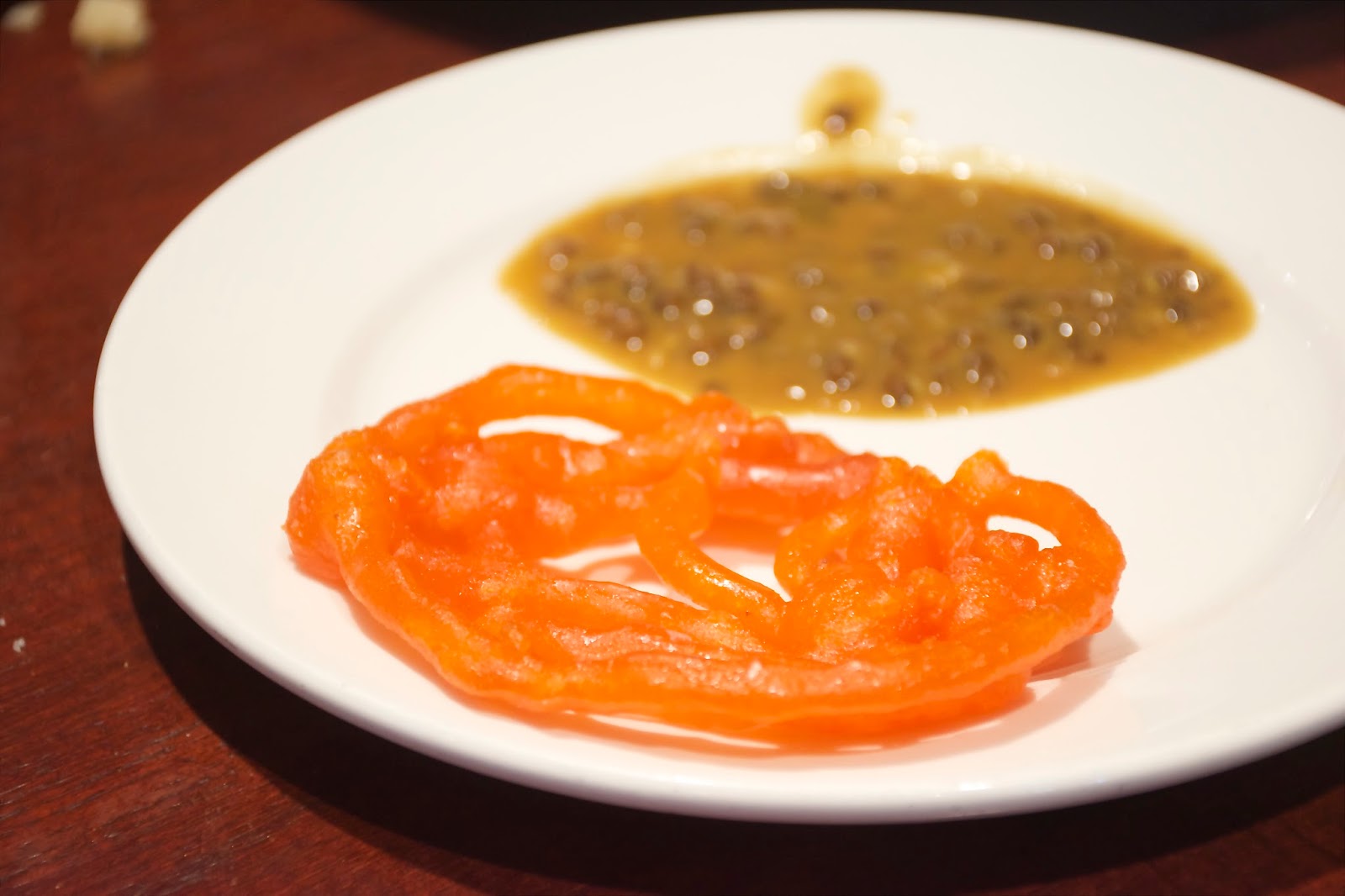 Jalebi
3/5 stars
This was included in the buffet but they also sell this up front in their dessert section! This was really sweet, chewy in texture and tasted strongly of cardemon! Don't you just love the shape? 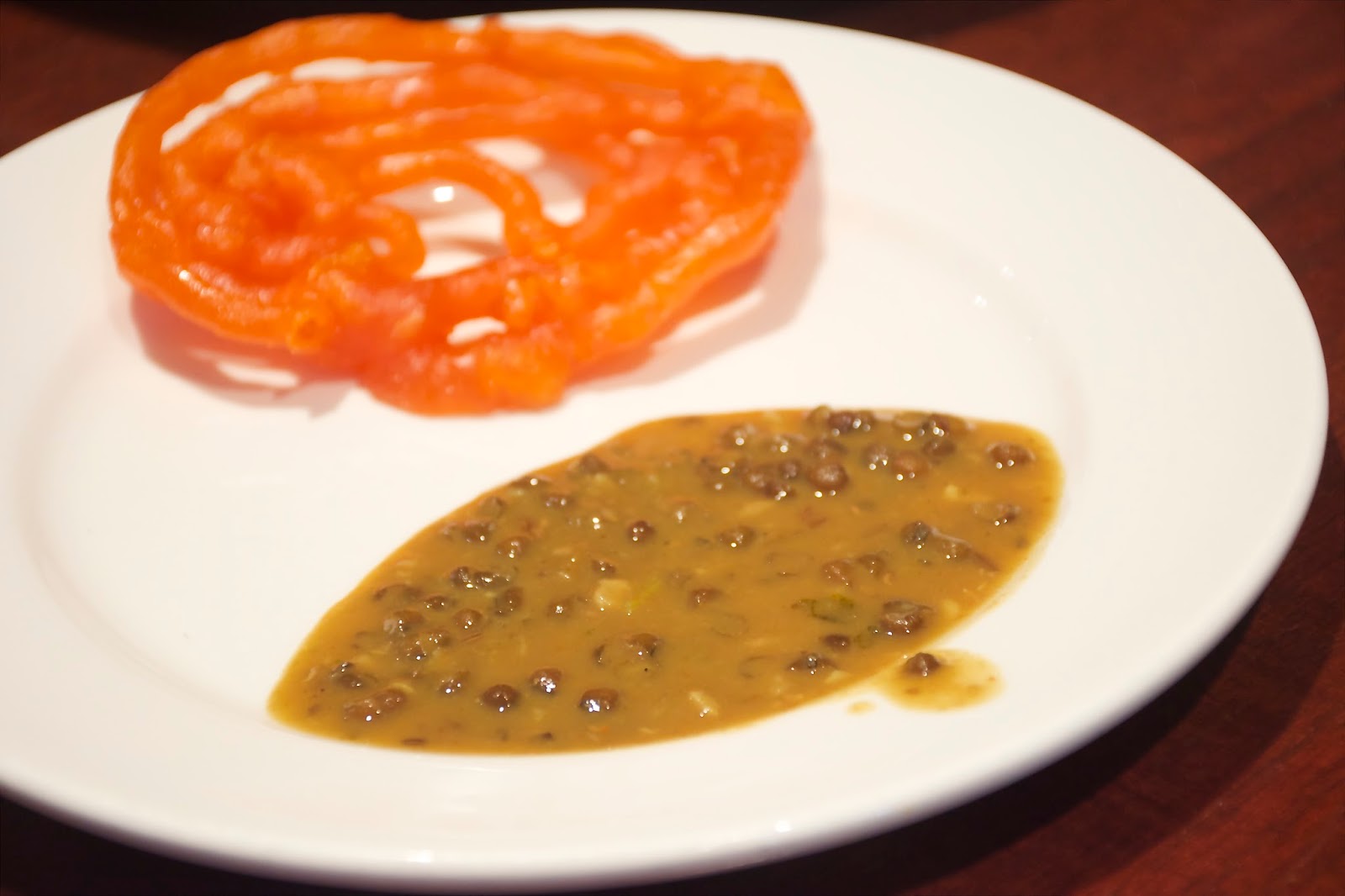 I didn't know what this was LOL but I liked it!

The Verdict
If you're strapped for cash and craving Indian food, New Novelty is a great option in the Sunset area! Given the low price, even if you don't like it, you don't really have anything to lose! :)