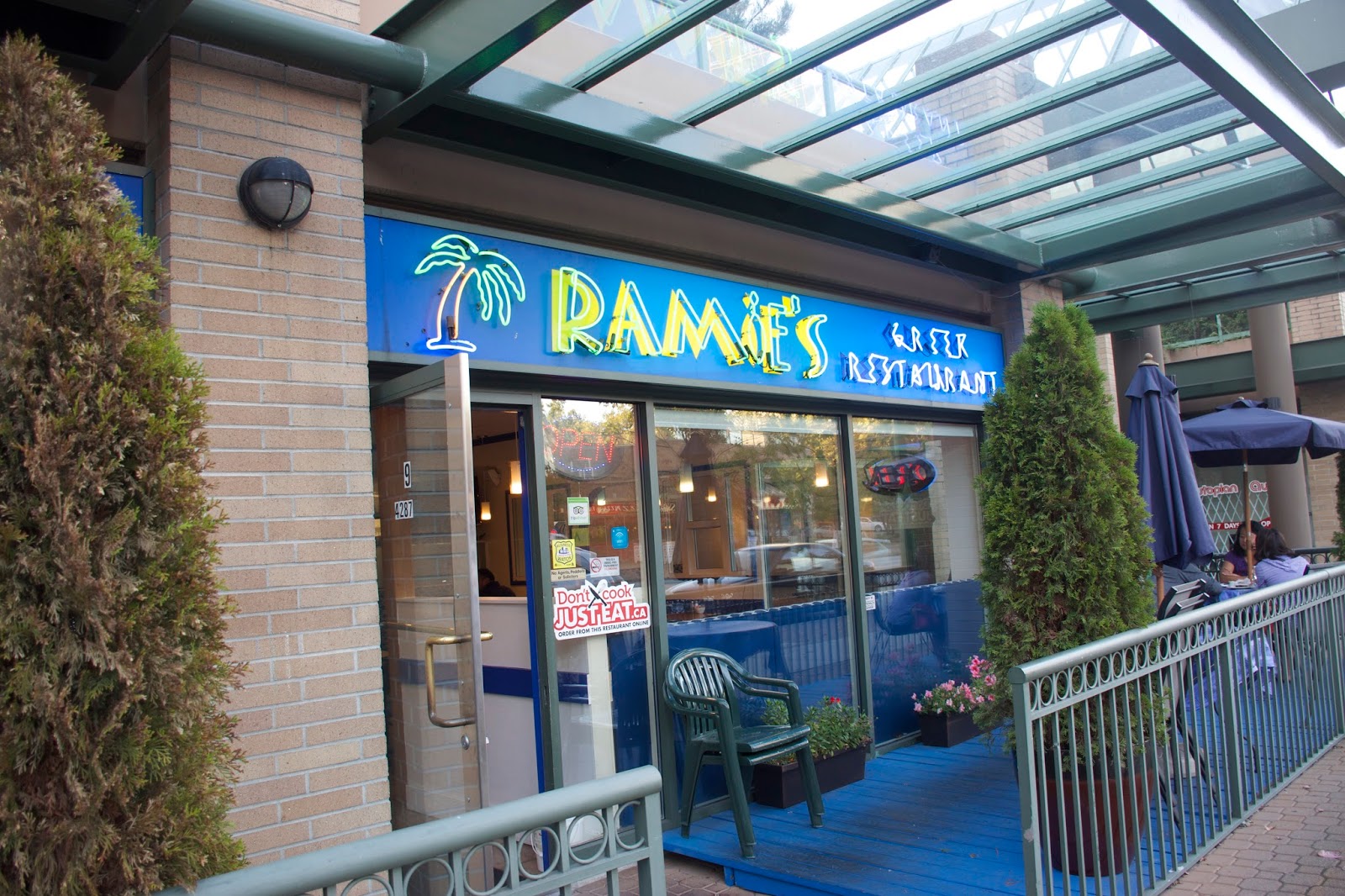 Guess what happened when I went to Ramie's yesterday? I forgot to bring my wallet LOL. So in a frenzied panic, I called my mom in the hopes that she would bail me out but she wasn't home haha! Then I called my grandparents, they also weren't home. What then? I was out of luck! I sheepishly went over to the waitress and told her I left my wallet at home, expecting a look of scorn in return. To my surprise, the waitress said "I trust you because you've been here before!" LOL I've never been to Ramie's prior to this trip! I guess too many people look like me haha!

The last time this happened was at Pho Queen, but thankfully my dad was nearby at the time and he came and brought me money LOL, or else I would have been DOOMED.

Signature Dishes
Ramie's is a Greek restaurant specializing in homestyle Greek food! Ramie's is located near Metrotown, across the street from Bubble World and Curry King Cafe! Ramie's specializes in souvlakia, but they have burgers, sandwiches, and pasta dishes too! They also have your typical greek sides like hummus, tazatzki, greek salad, etc!

Service 5/5 stars
Wow, this was probably the best service I've received...EVER. LOL. That's saying something. The waitress was the bubbliest waitress I've encountered in my entire life. She was genuinely friendly and super perky!! Her smile was so big it stretched across her entire face! Oh top of that, she didn't get mad at me for not bringing any money haha!!

Ambiance - Casual
The decor here is exactly how you would expect a greek restaurant to look like! Blue & White, with breezy windows and a patio! The restaurant is really clean and quite spacious. They have this soothing Mediterranean type music playing in the background, which I enjoyed listening to while I was noshing on my food haha.

Value - Great
The portion sizes here are huge! Seriously, I actually got tired of chewing. CHEWING. LOL. I was asking myself "When is this going to end?" because my jaw was seriously starting to hurt because there was so much food! 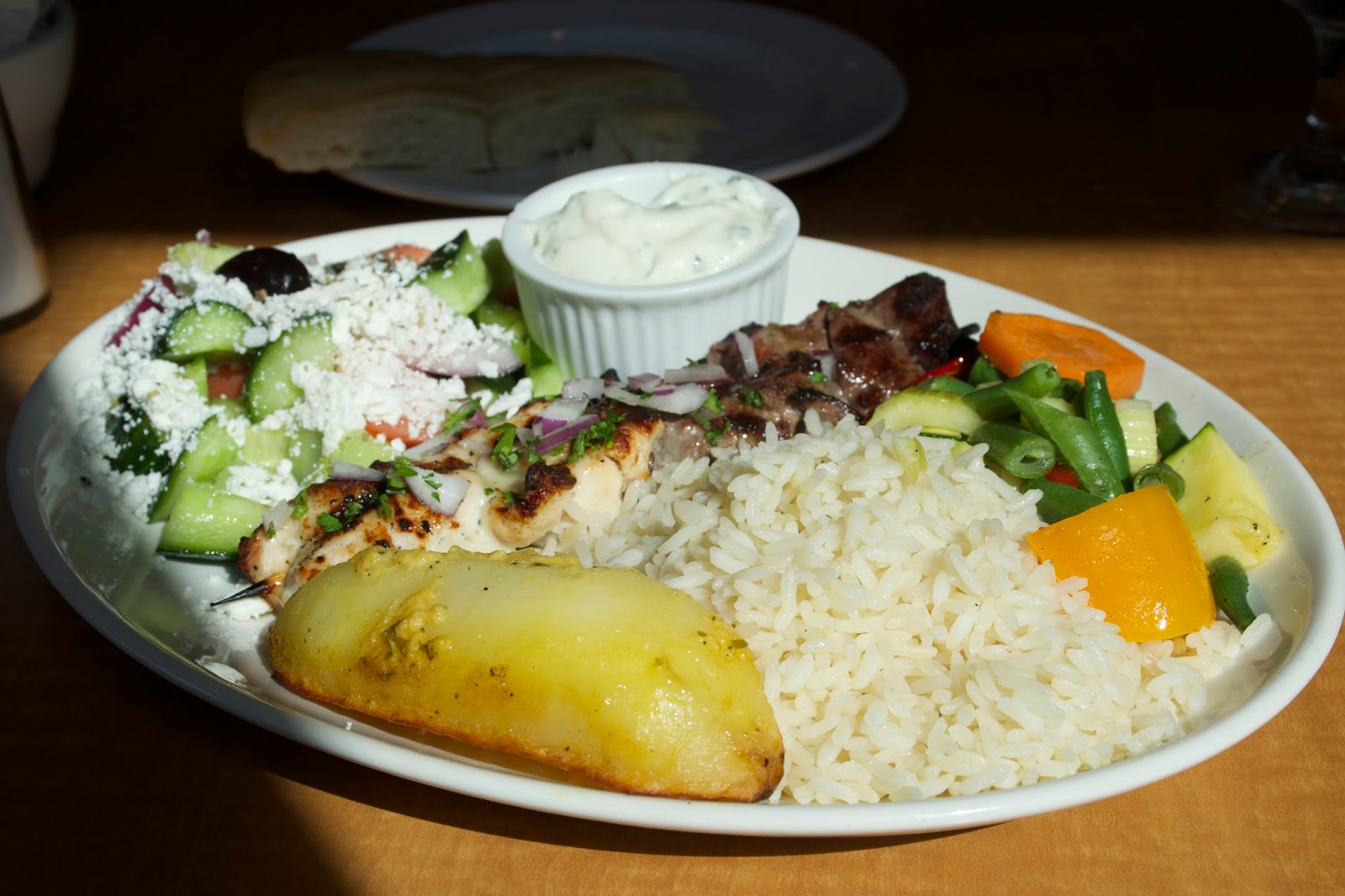 I was quite pleased with the variety and the amount of food that I had received! I couldn't decide between the chicken or lamb, so I got a mix haha! I liked the lamb more than the chicken, the lamb was reasonably tender and had a ton of flavour. The chicken not so much haha...it was a bit lacking in flavour and I ended up dipping it in the tazatzi sauce! The rice was fluffy, but a bit too hard for my liking. The potato was grilled on the bottom and soft in the centre. The veggies were steamed plain, super healthy! The combo came with a generous amount of tazatzi sauce on the side, which was predictably sour from the yogurt, with an underlying union flavour. 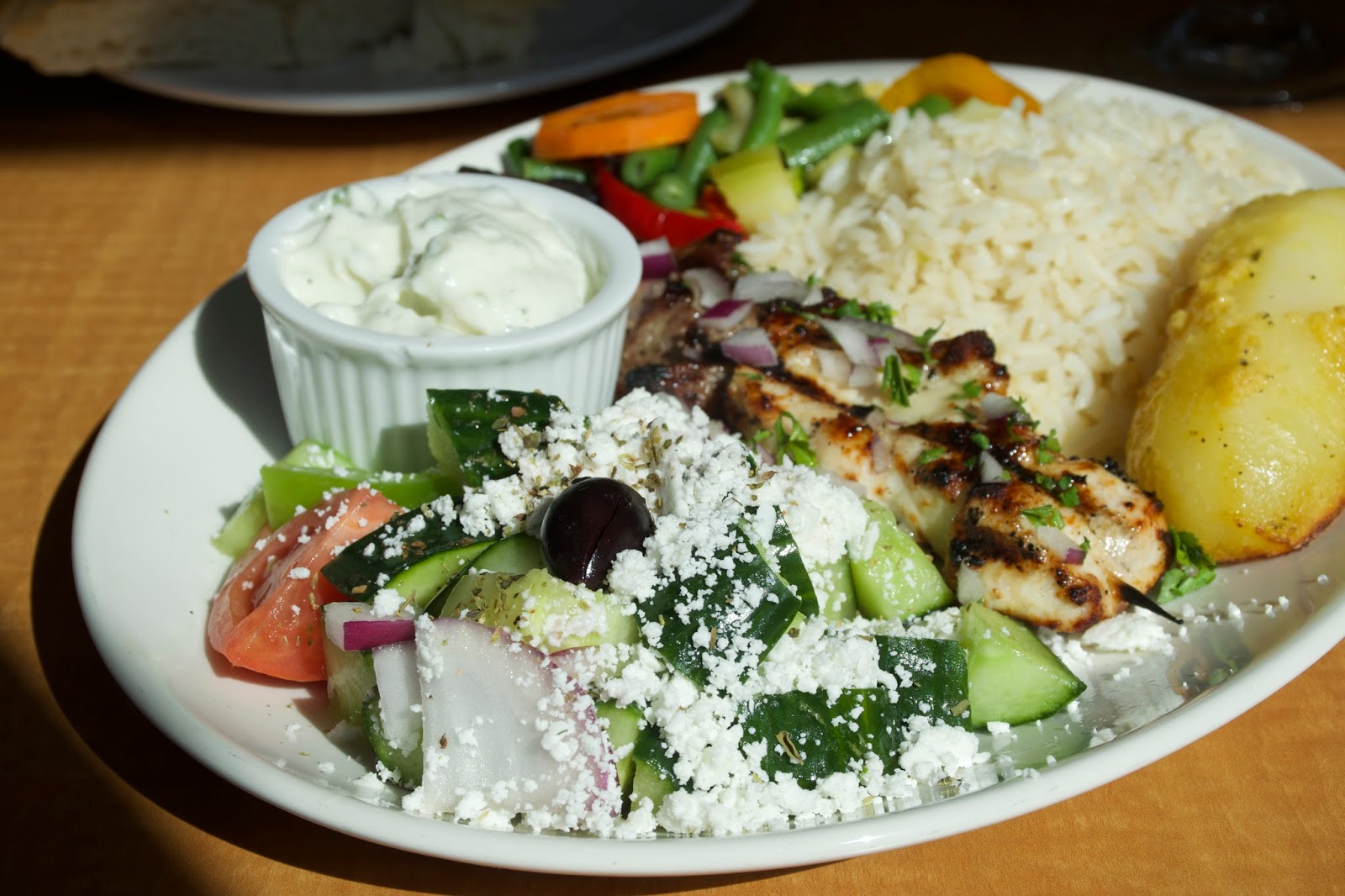 Greek Salad
4.5/5 stars
This was awesome!! The salad was an amazing explosion of salty, sweet, sour, and cheesy flavours! The vegetables tasted really fresh and I felt super healthy eating this LOL. I couldn't get enough, this was probably my favourite part of the meal! 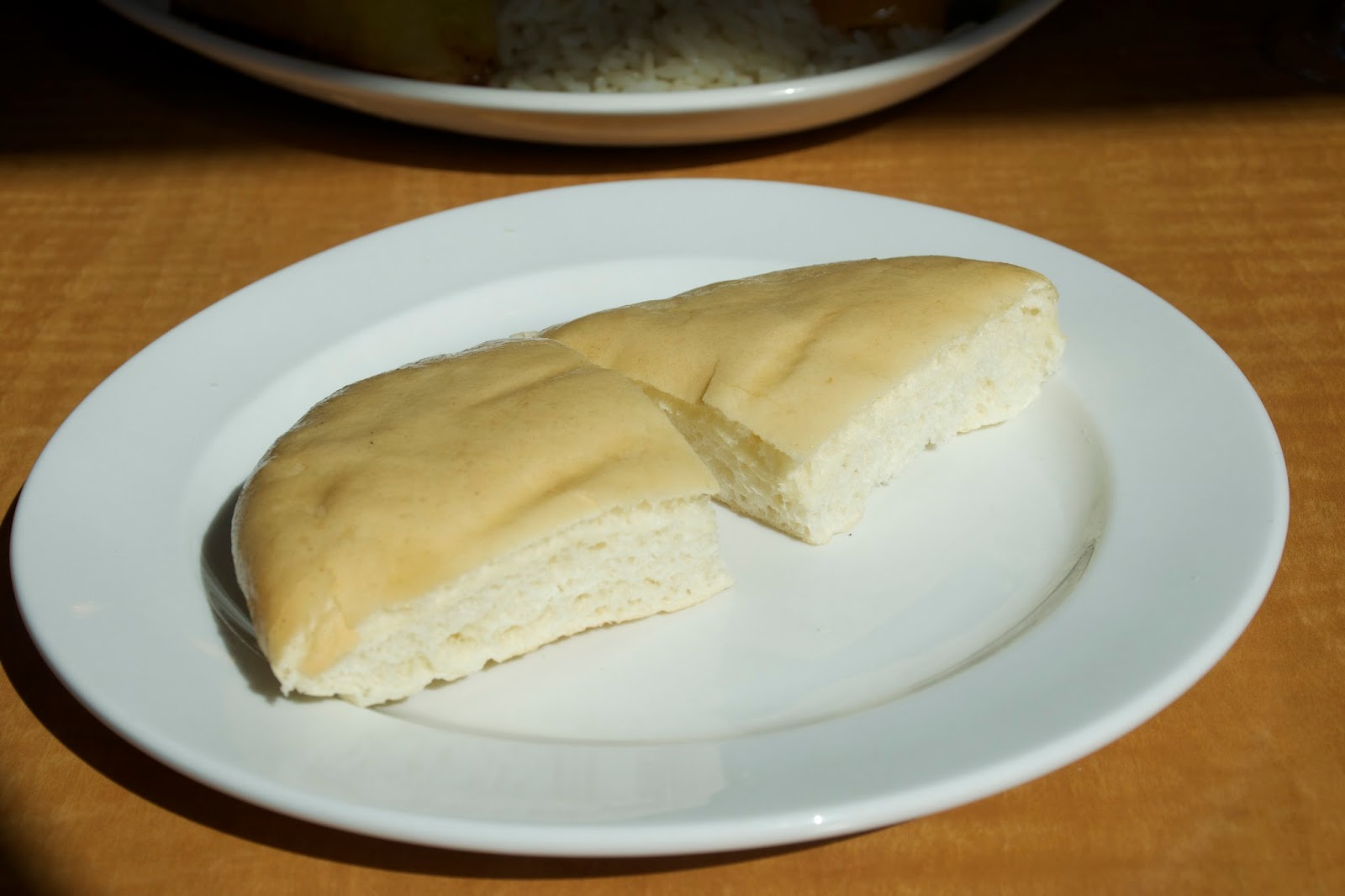 Pita Bread
3/5 stars
This actually came with 4 pieces but I ate the other 2 before I took a picture LOL. The bread came out hot and was glazed with olive oil which made the bread really fragrant. The bread was really springy, and wasn't dense at all!

The Verdict
Overall, Ramie's is an awesome place for Greek food near Metrotown! The service was spectacular and the food was delicious! I had a great experience and I won't hesitant to come back!