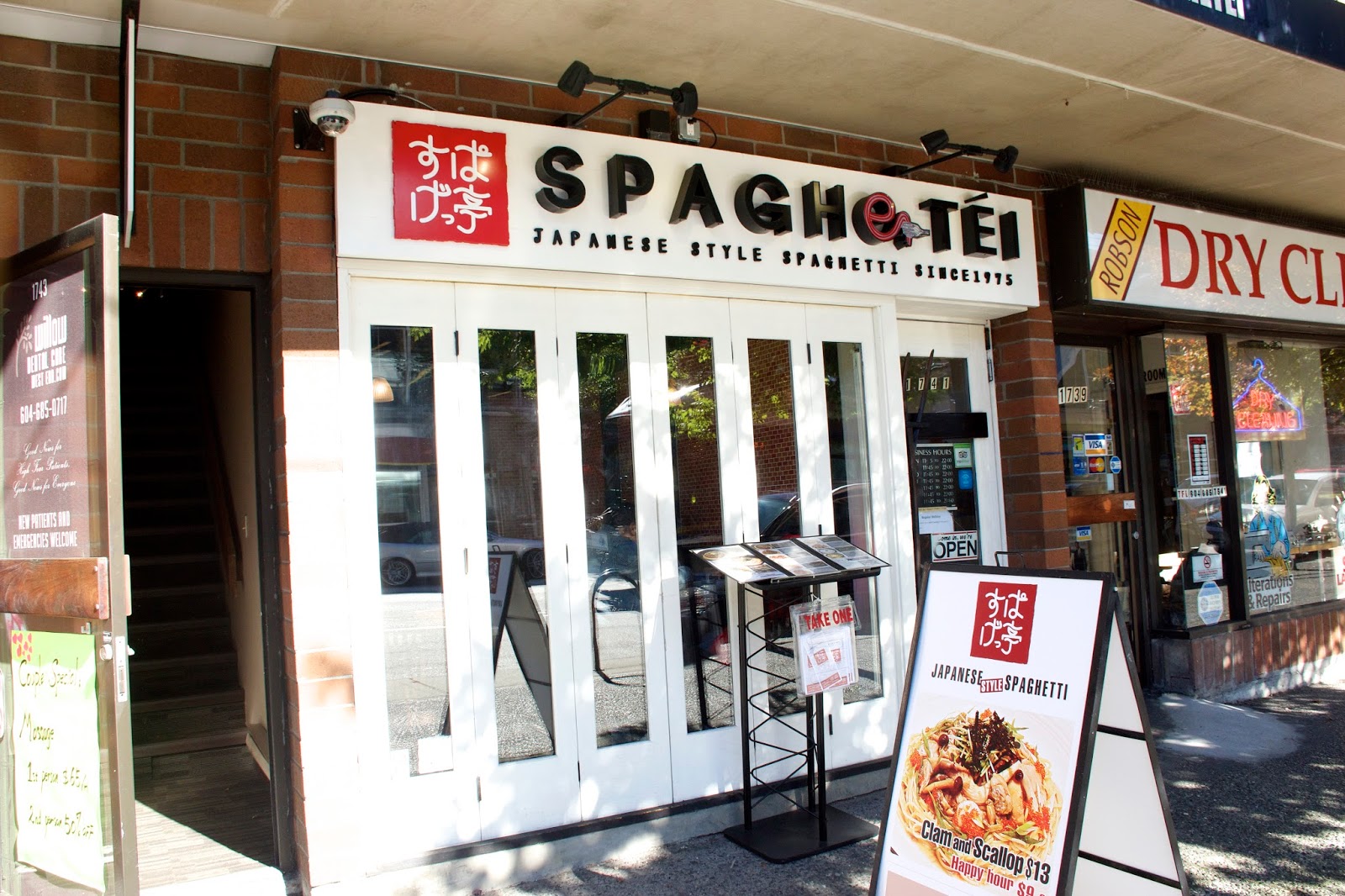 I don't know about you guys lol, but I've never had Japanese fusion style spaghetti before! I spotted spaghetei a few months back in the summer, and I've been dying to try it ever since! I was originally going to go for ramen that day, but I spotted Spaghetei on my way to Kintaro and I just couldn't pass it up LOL! Plus, I thought it would make for a more interesting blog post LOL!! Yeaaa, where I choose to eat may or may not be dependent on what would look the best on my blog ;) hehe

SERVICE 3/5 stars
Walking in, I wasn't greeted and I had to wave my hand to get the server's attnetion since they were so busy! Once I got their attention, I  had to wait for them to clean up a table since some people had just left. After I had ordered the food came fairly quickly, and my garlic bread came 5 mins after my pasta. When I was done eating I flagged down the waitress for the bill, but she forgot so I had to get up and remind her haha. She apologized though, so it wasn't a big deal.

AMBIANCE - Casual
Spaghetei is quite small, with seating for about 40 people. They have 2 person tables at the front, and larger group tables at the back. In the summer they open up their patio so you can people watch while you eat haha! The decor is modern, but not really "Japanese" LOL.

PRICE - $/$$/$$$
During their happy hour, from 11:30 am to 2:30 pm a few select pastas are only $9.50!! During regular hours the pastas range from $12-14, which isn't really worth it imo, so get there early if you want to save a few bucks! Extra noodles are only a $1 more and if you get takeout, they don't charge you for extra noodles! They have three sizes: small, regular, and large! Even after finishing the regular size I was still hungry LOL, so definitely get the larger size if you have a big appetite!

The portion sizes are quite large, and I like how they use quality ingredients...but it's not really worth paying full price for. But if you catch them during their happy hours, then it's a pretty good deal! If you get takeout, then it's an even better deal because you can get more noodles at no extra charge! 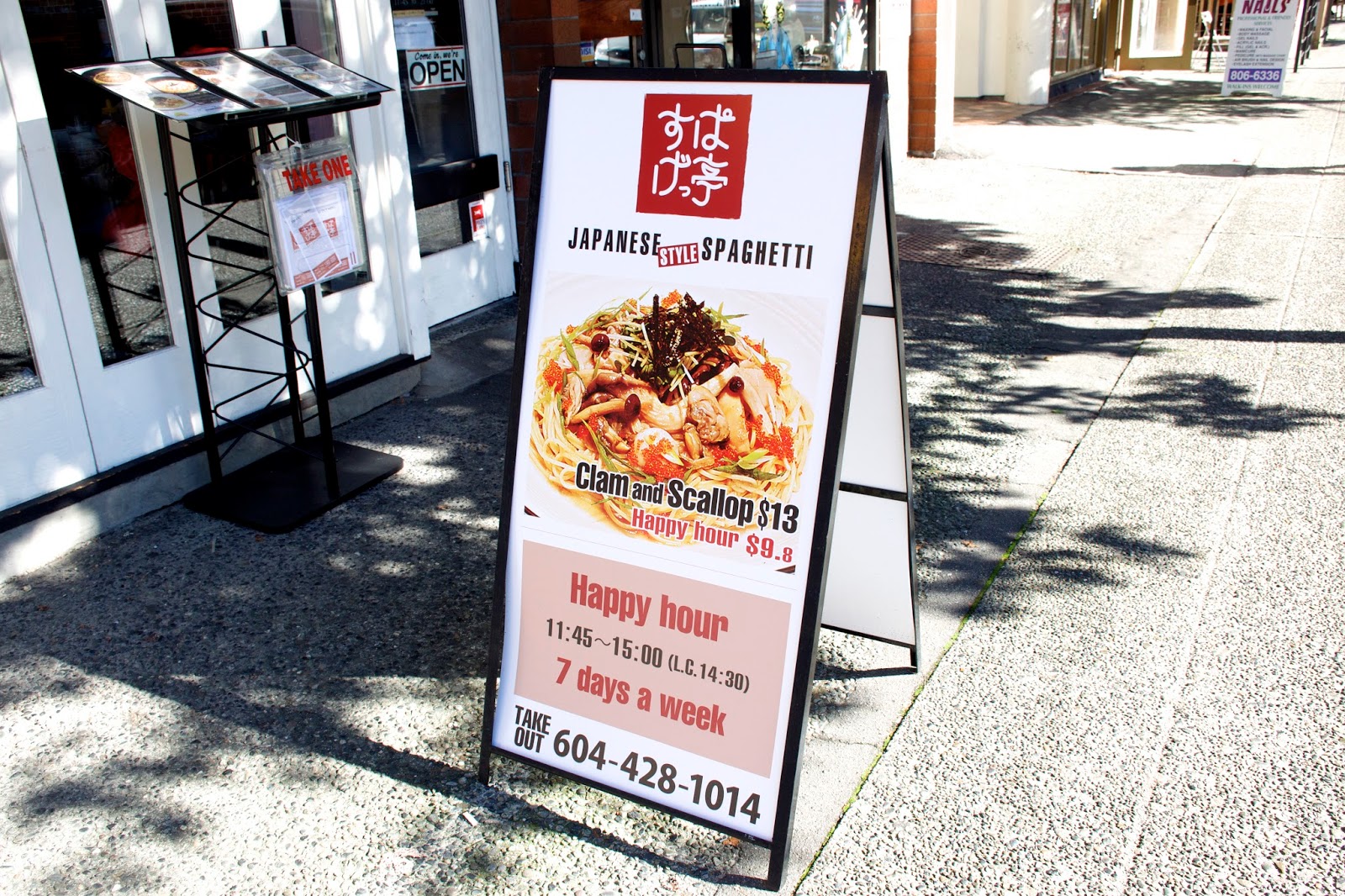 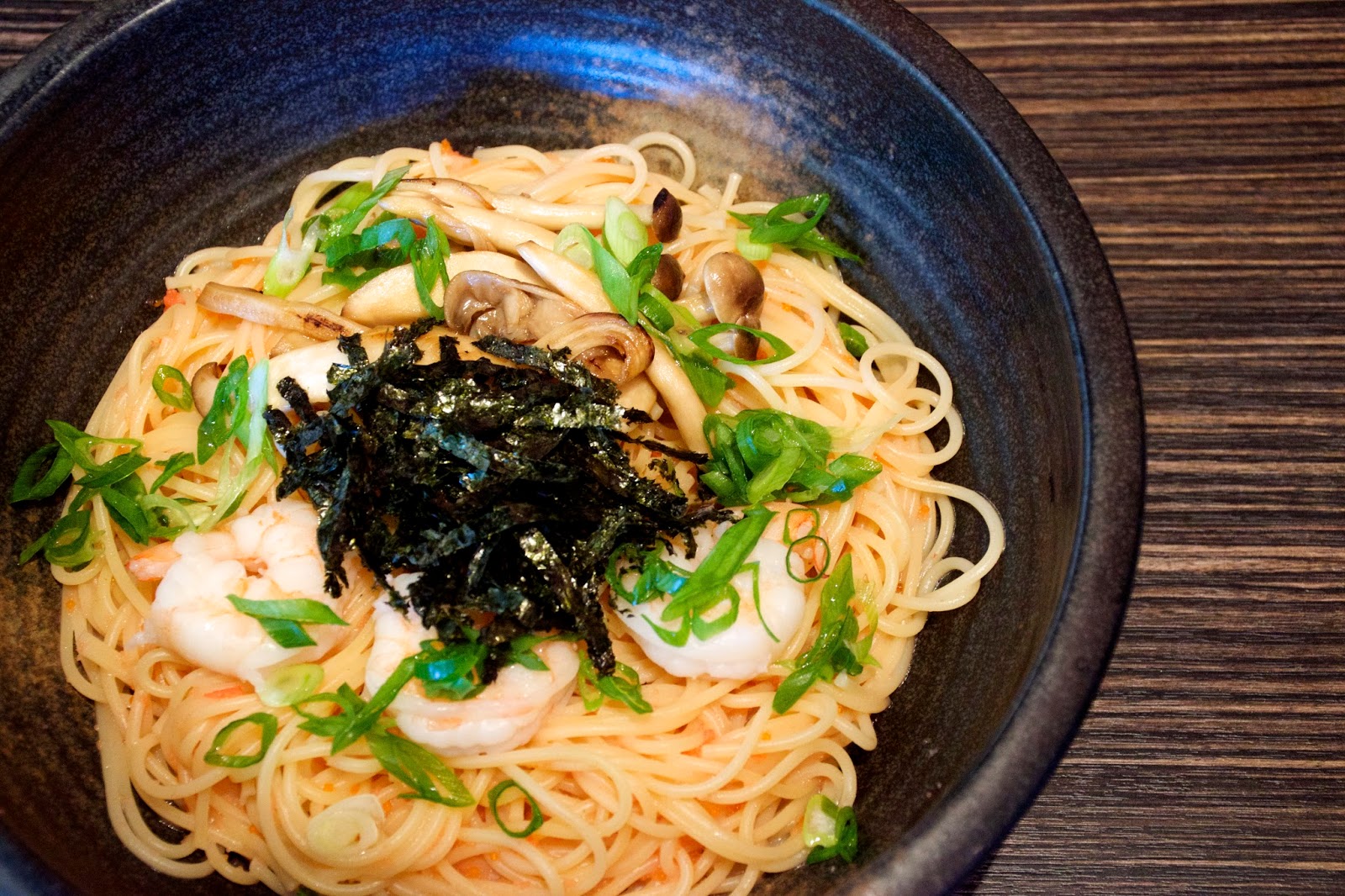 Mentaiko $9.50 (Happy Hour Price)
3/5 stars
The Mentaiko is their second most popular "flavour" and it has fish roe, mushrooms, and shrimp on it! The pasta was well executed: cooked al dente, with bite! The flavours however, were a bit lackluster. The pasta only exhibited a mild mayo/soy sauce flavour. Maybe my expectations were too high, because I was expecting something more in your face lol. Don't get me wrong though, I still appreciated the subtlety of flavours. The pasta had a creamy sauce on it, but since most of the sauce had drained to the bottom the top half of the pasta was bland. Even mixing it didn't help! The shrimps were juicy though and the mushrooms had a smokey, earthy flavour. 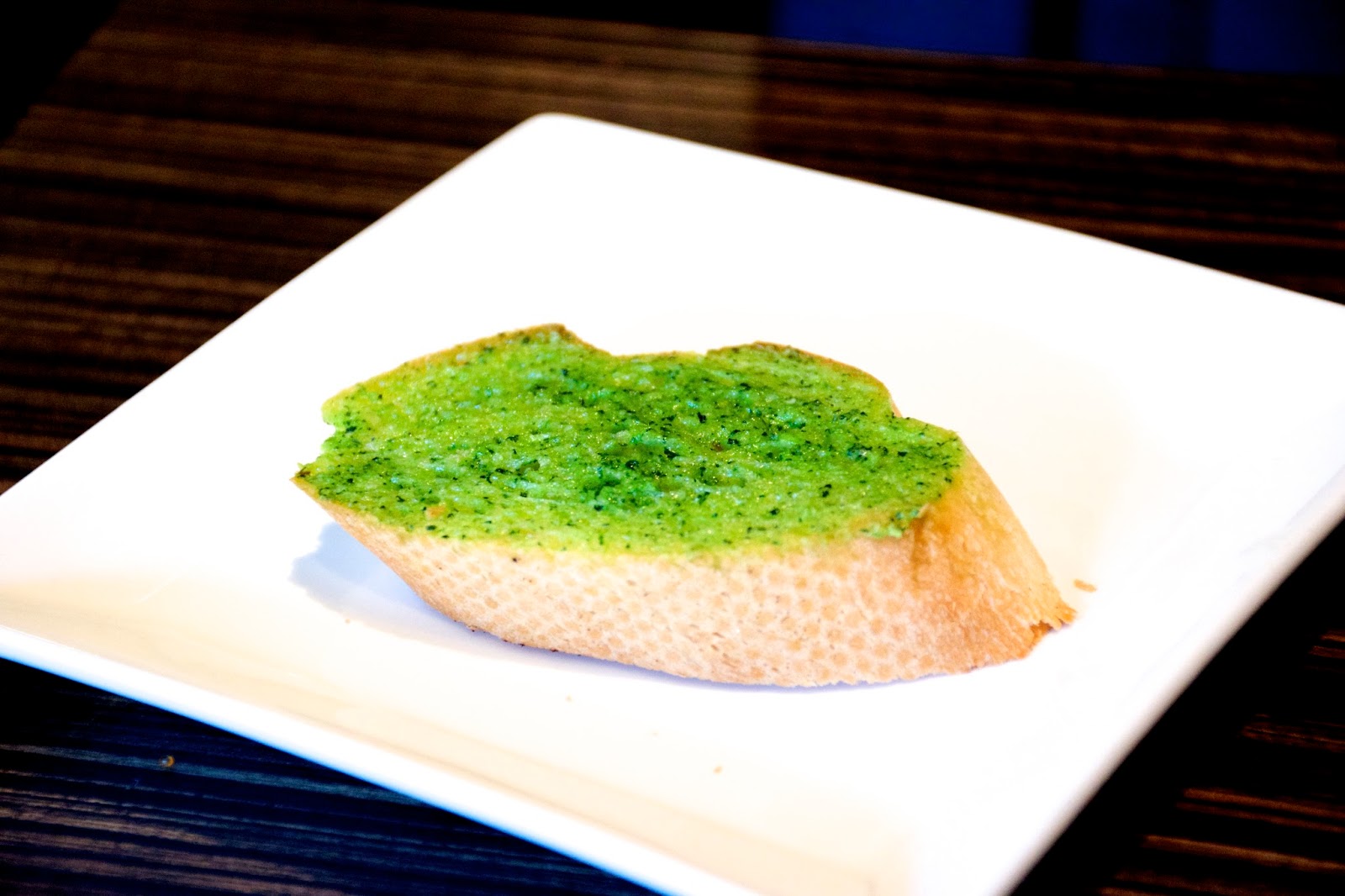 Spinach Pesto Garlic Bread
3/5 stars
When I was eating this I totally didn't know what the green stuff was LOL, it wasn't till I got home and I looked at other reviews, then I discovered that the green colour was from spinach pesto! At first I thought it was matcha or something, but I wasn't sure haha! The bread was really light, airy and crunchy on the outside. There was a subtle pesto flavour that was partially masked by the garlic. The garlic flavour was really strong, but thankfully didn't linger after I was done LOL but I still went to Whole Foods after to buy mint LOL, just to be on the safe side! ;)

If you're in the mood for noodles but you're sick of ramen LOL, Spaghetei is a great alternative! Innovative dishes, fresh ingredients, and large portion sizes makes this place worthy of checking out. Just be sure to come during their happy hours so you get the best bang for your buck!! :)