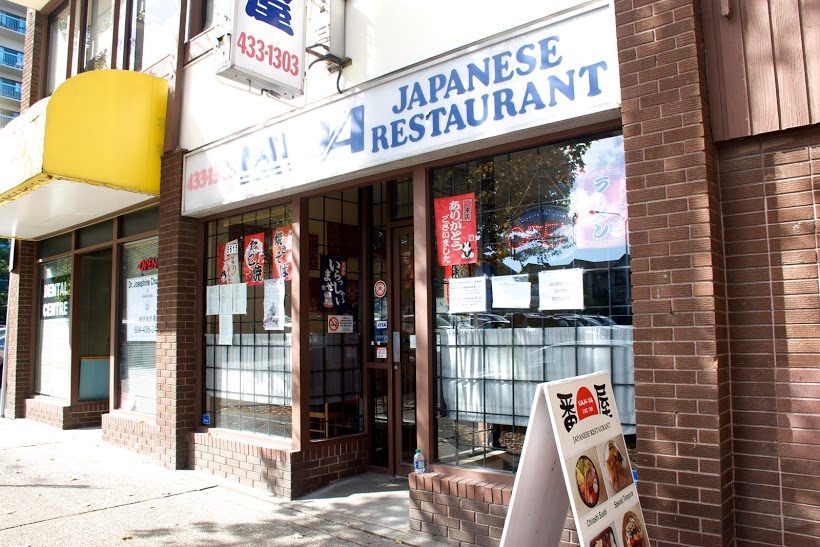 Another awesome Japanese find in the Killarney 'hood!! Van Ya is also known as "Japanese Mom's Kitchen" which is pretty darn accurate haha! This place has been in business since 1988! Van Ya is older than I am LOL! Well, I was born in 1995, which wasn't that long ago ;) Woah, I just realized, I wonder if the "Van" in Van Ya stands for Vancouver? LOL...anyways, I digress!

SIGNATURE DISHES
Van Ya specializes in Teisyoku combos but they also have your typical Japanese offerings like udon, sashimi, maki rolls, bentos, even ramen (which is only available in the winter!)

SERVICE 3.5/5 stars
Walking in, we were greeted with a warm "irasshaimase!" from the waitress and the kitchen crew! Their kitchen is open concept, so if you sit at the bar you can see them making your food! The chef was super nice, he acknowledged our  presence and was smiling the whole time! The waitress was polite, but definitely not as friendly haha. She was diligent with refilling our tea, and the food came fairly quickly.

AMBIANCE - Casual
Van Ya is homey and unpretentious, modestly decorated with simple tables and chairs. The restaurant is really clean, and well lit, with ample seating for 30+. They have their daily specials written on a chalkboard on one wall, and a visual menu of their combos on another wall!

PRICE - $/$$/$$$
This place is really affordable because most of their dishes are under $10! Most of the teisyoku combos are only $9 which is really affordable, considering the variety of food you get! Their daily specials are usually $8.50 and the donburis are only around $8! The maki rolls start at $2.75 and go up to $9 for their House roll!

VALUE - Poor/Okay/Good/Great
Considering the quality, this place is great value for the money! You can tell that everything is made with care and that they actually put effort into making your food! Everything is made to order and tastes really fresh! 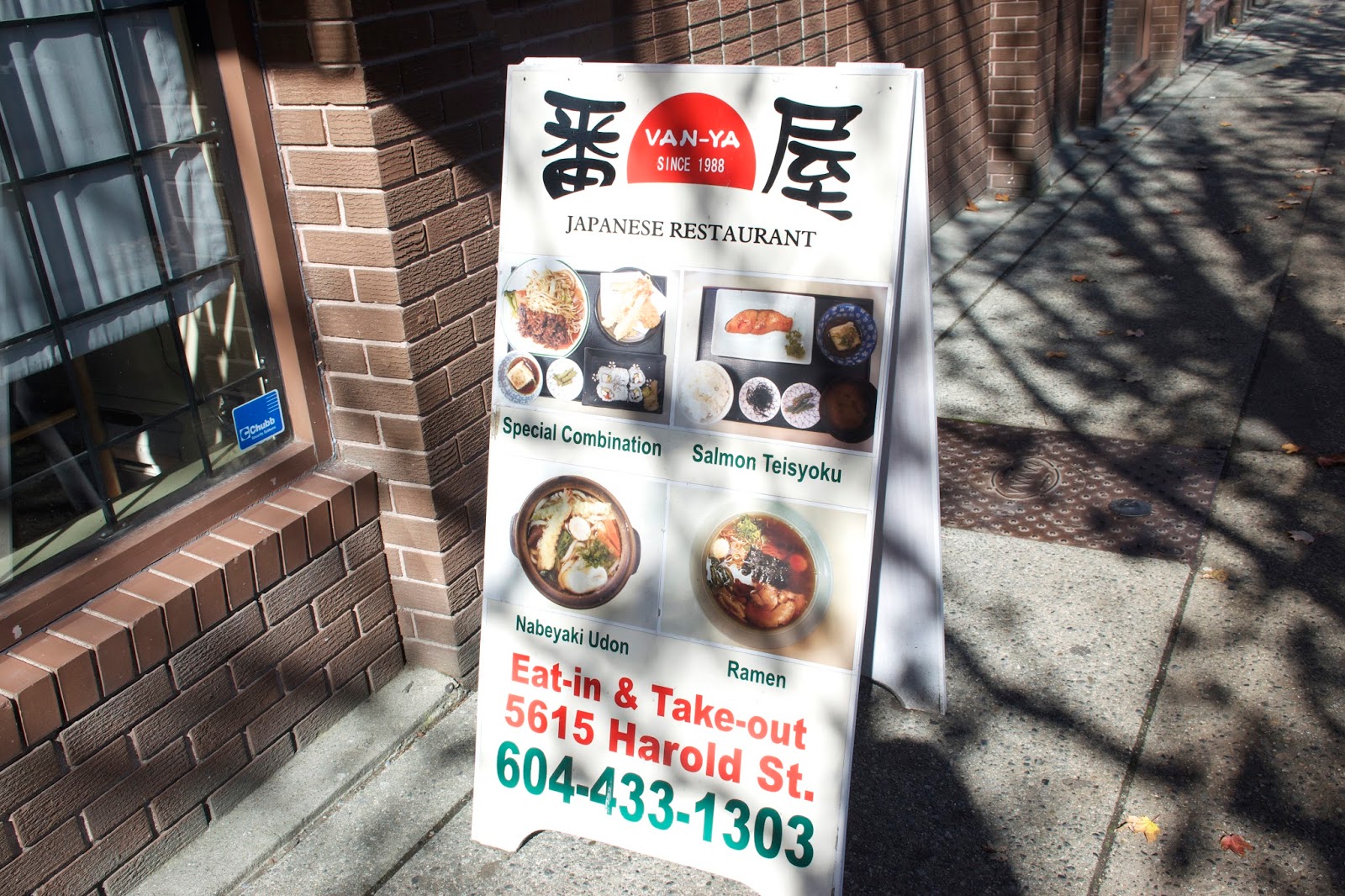 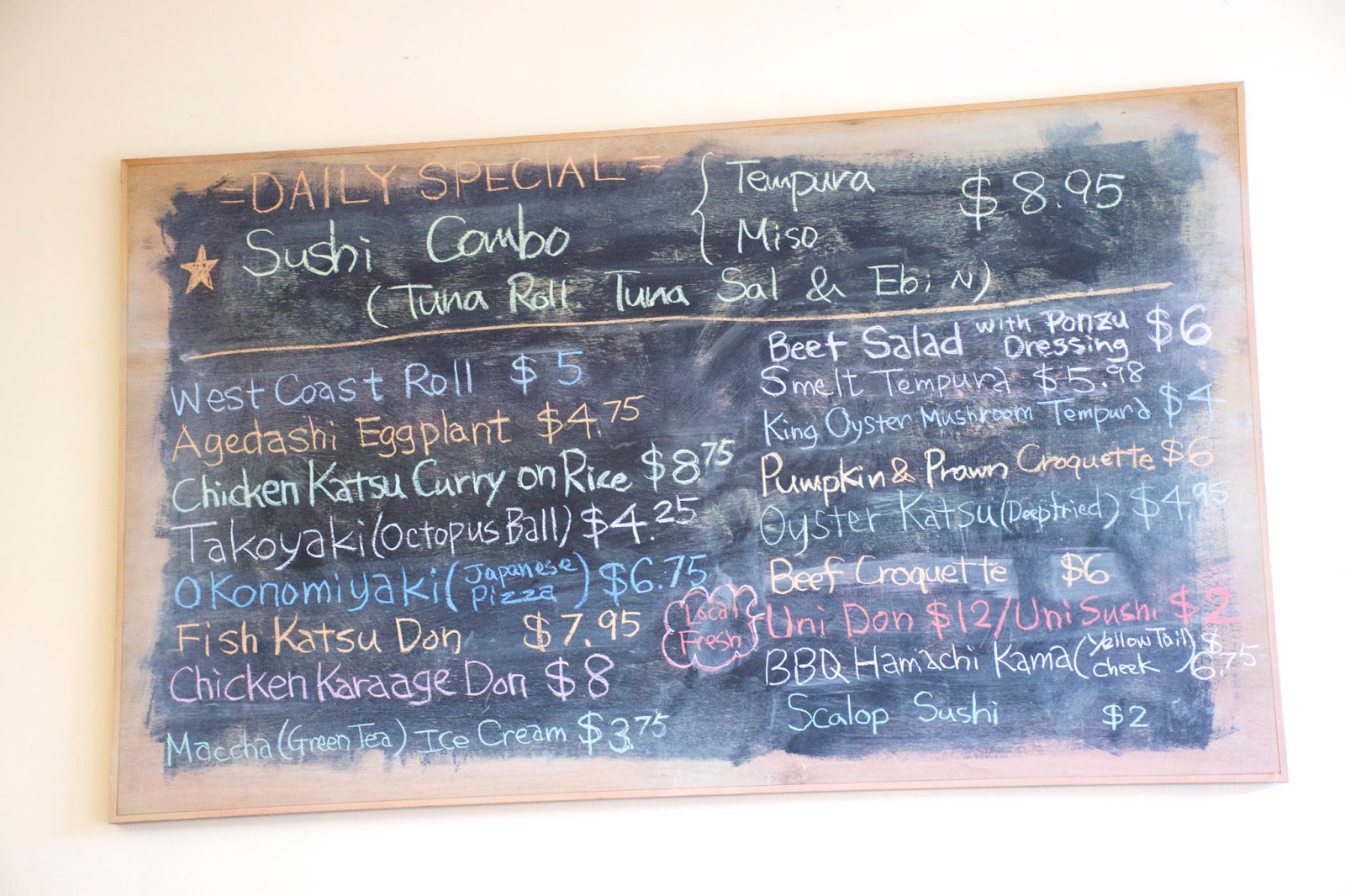 Here's a look at their daily specials menu board! 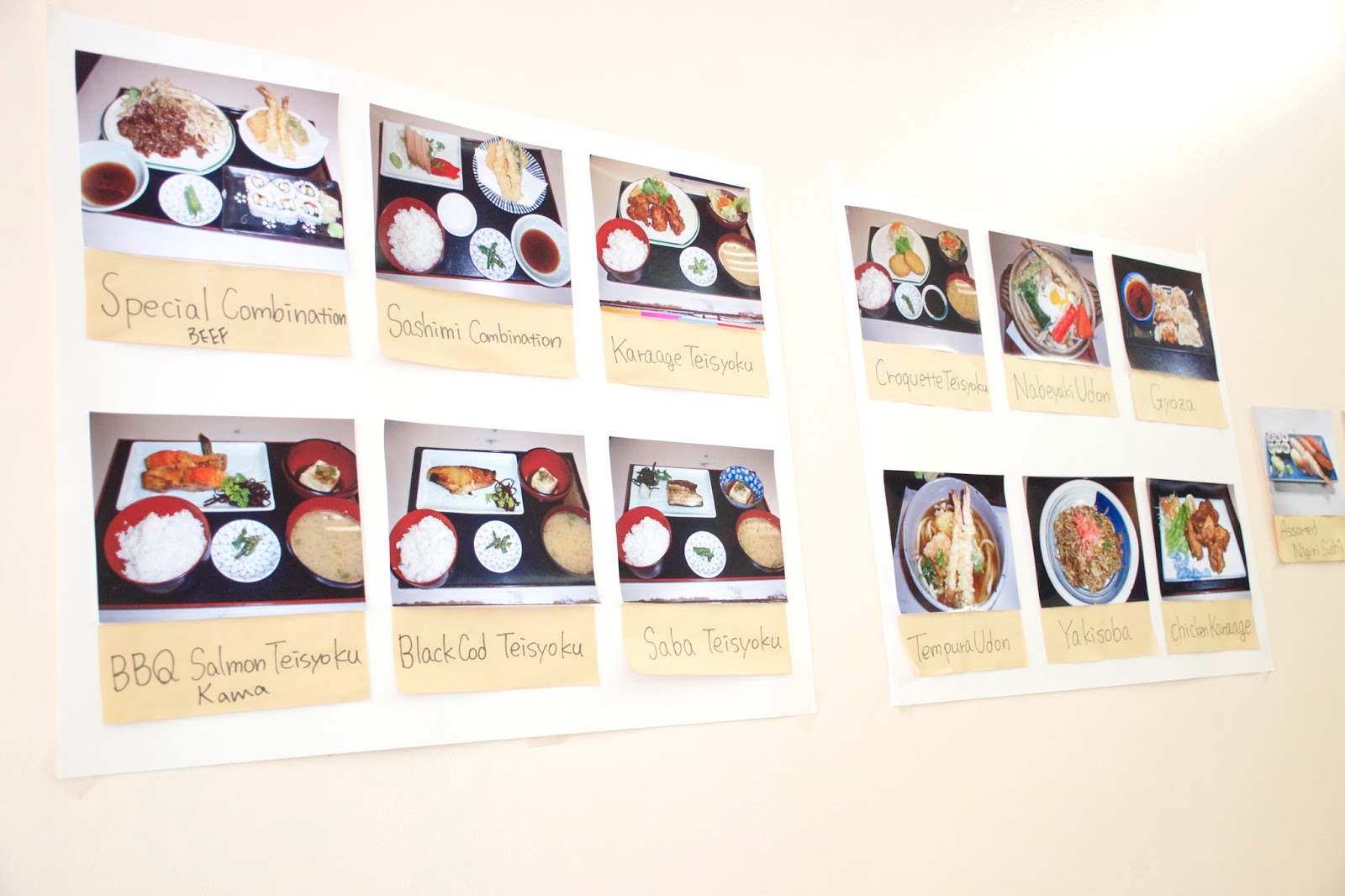 On the other side of the wall they have a visual display of their teisyoku combos and noodle dishes! 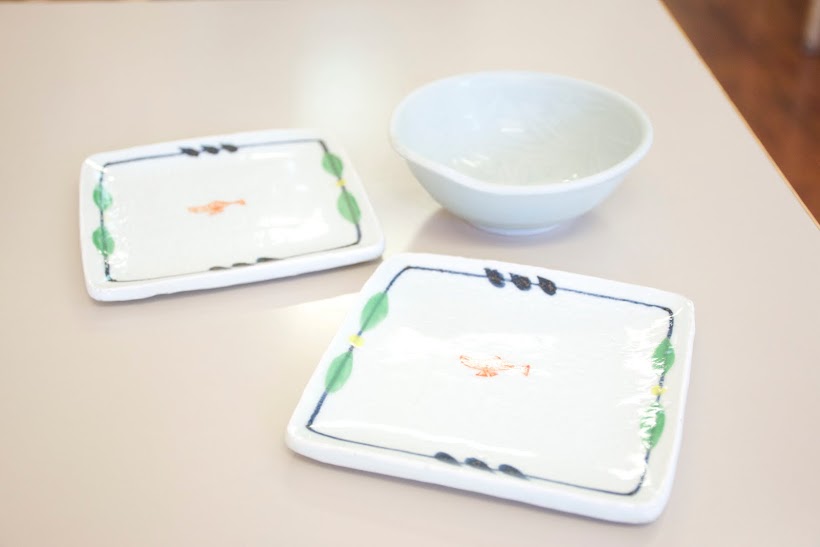 They even gave us extra plates and bowls for sharing without us asking! :D 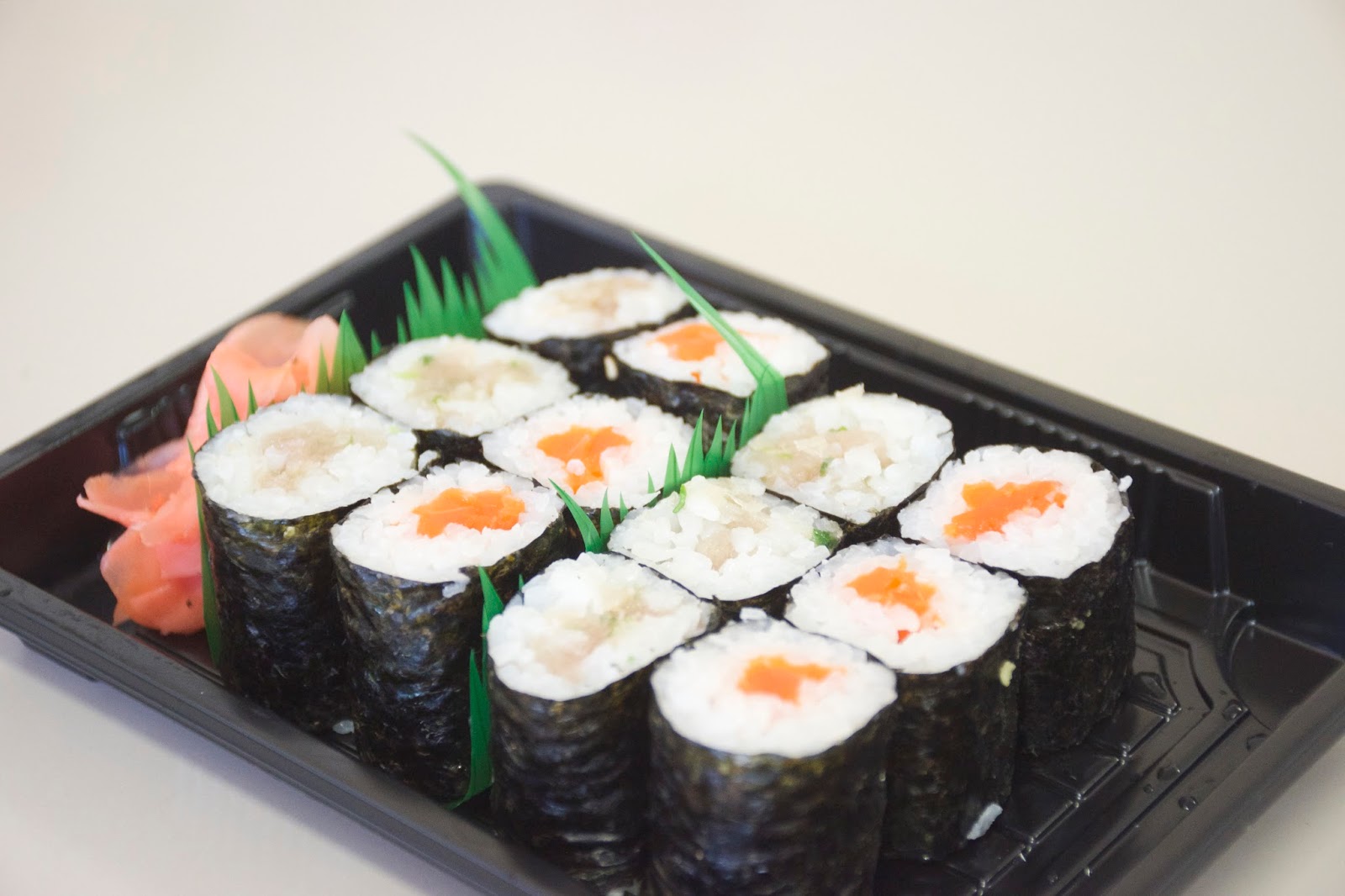 Negitoro Roll & Salmon Roll
Negitoro Roll 4/5 stars
Salmon Roll 3/5 stars
For some strange reason I've been craving negitoro rolls lately LOL...anyways, I actually ended up getting this for takeout, and I ate it for dinner! I really liked how they put it in a plastic see through container instead of those annoying styrofoam containers haha. Hey, the little things matter! ;)

The rolls were tightly packed and neatly assembled. When I opened this the smell of sushi rice hit me in the face...HARD lol. Both of the rolls tasted really fresh! The negitoro roll had a ton of flavour,  the tuna belly was moist and satisfyingly fatty, with just the right amount of green onion! The rice had been properly cooked and seasoned with vinegar! The salmon had a healthy red sheen to it, and that was definitely reflective of the taste! 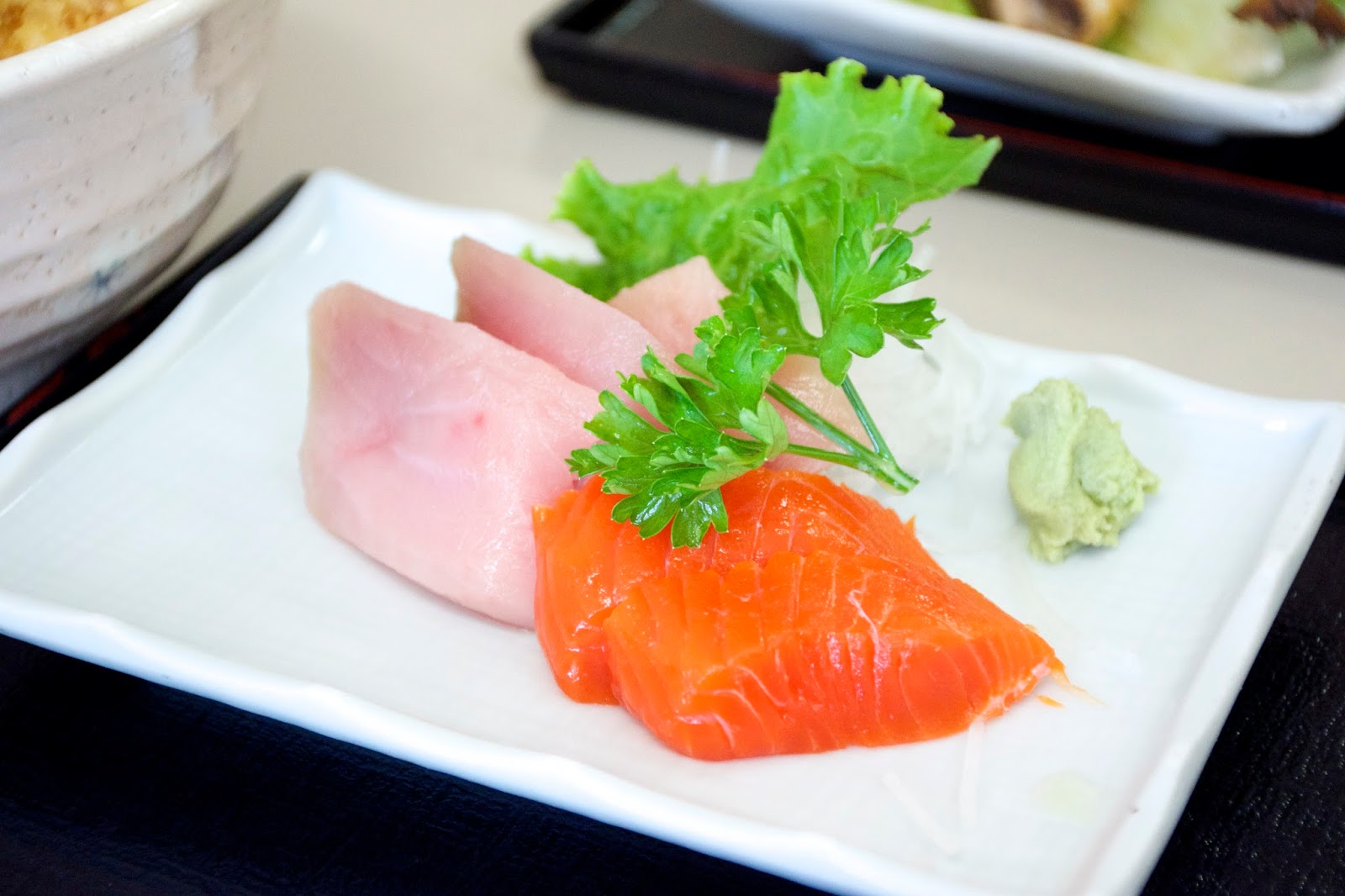 Tuna & Salmon Sashimi Combo $11
4/5 stars
For lunch, I ordered the Tuna & salmon sashimi combo, which comes with rice, miso soup, tempura, and a side dish! The combo came with 3 pieces of tuna, and 2 pieces of salmon with some shredded daikon and wasabi on the side. Both cuts of fish had a nice, healthy sheen to it, and tasted really fresh! The tuna was super soft and melted in my mouth! The salmon was soft, but a little devoid of flavour. 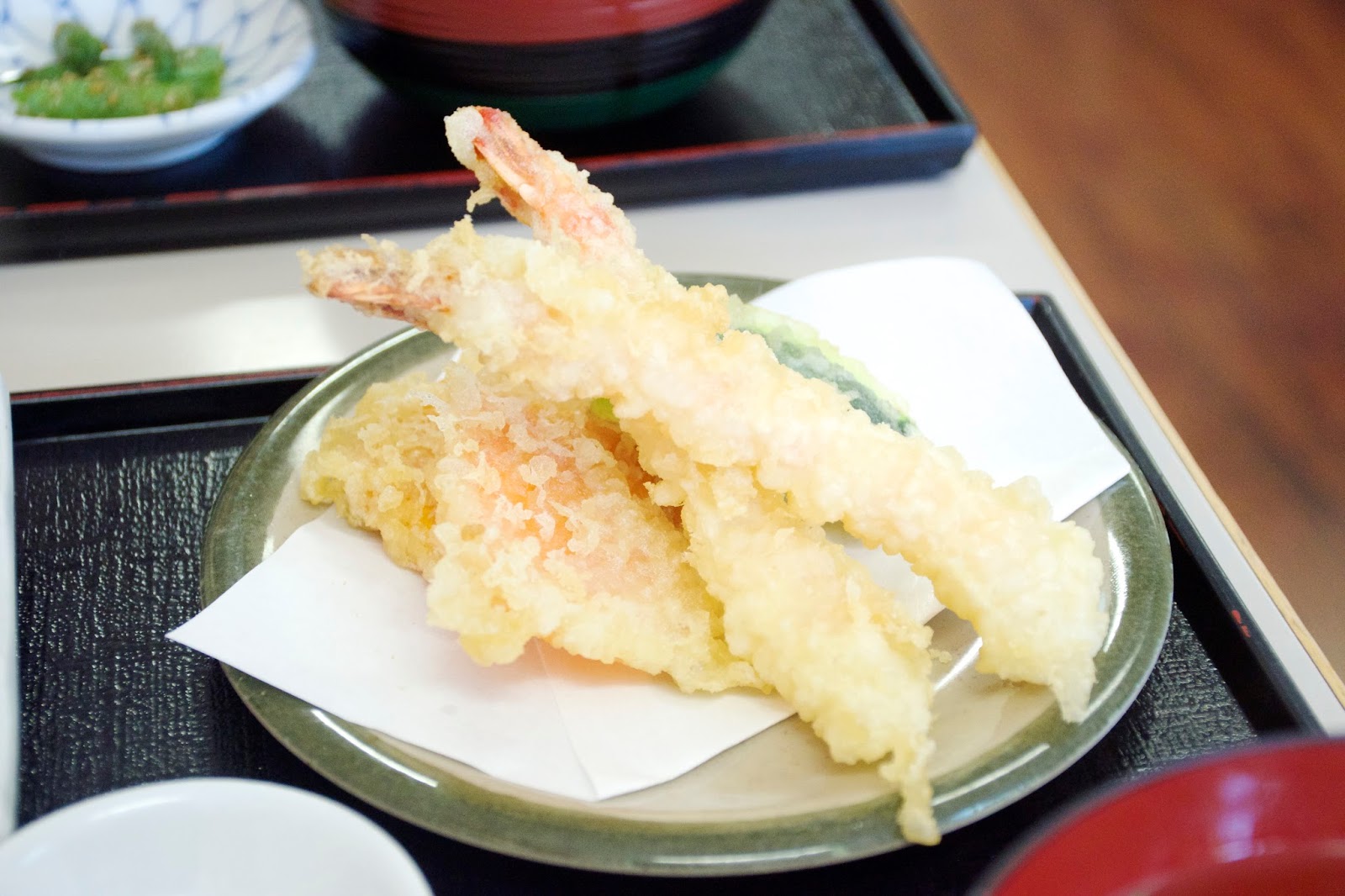 Tempura
3/5 stars
We ended up with 2 duplicates of tempura lol, oops, good thing my grandma lovess tempura! My combo came with 2 pieces of prawn tempura, 2 pieces of yam, and one piece of cucumber. The exterior was nicely fried, and airy, and the batter wasn't dense at all! I hate dense tempura LOL, there's nothing worse than a biting into a mouthful of dough! The shrimp was snappy, juicy, moist, and subtly sweet. The veggies were cut rather thick, but tasted really fresh! 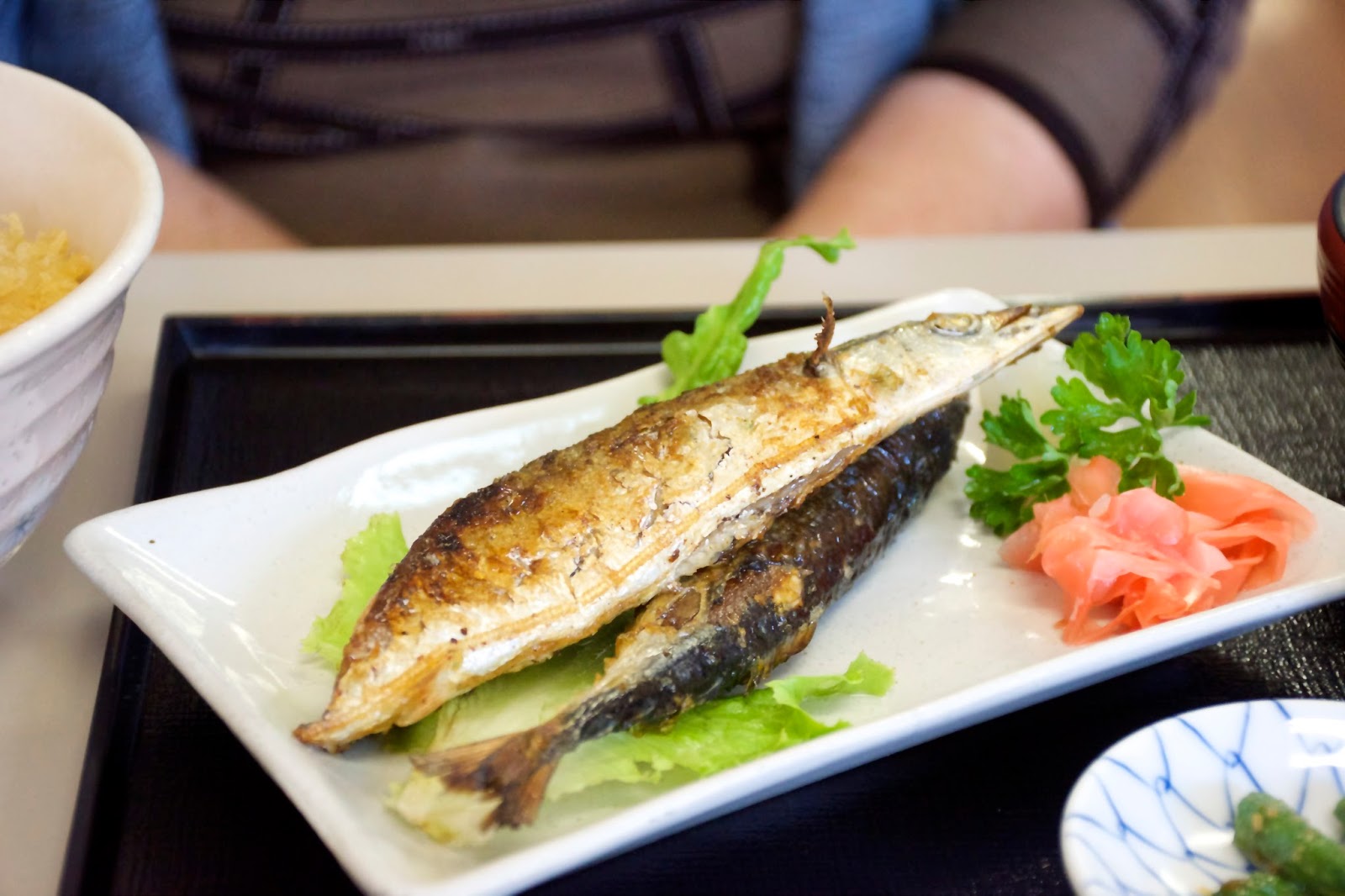 Sama Teishoku Combo $9
3.5/5 stars
We were pleasantly surprised that this came with 2 pieces of sama! The fish was nicely grilled, with a deep, charred flavour.  The skin had a ton of flavour and slid right off. The meat was flakey, but a little bland on the inside. The two pieces were medium sized but between the two of us we still couldn't finish it lol. 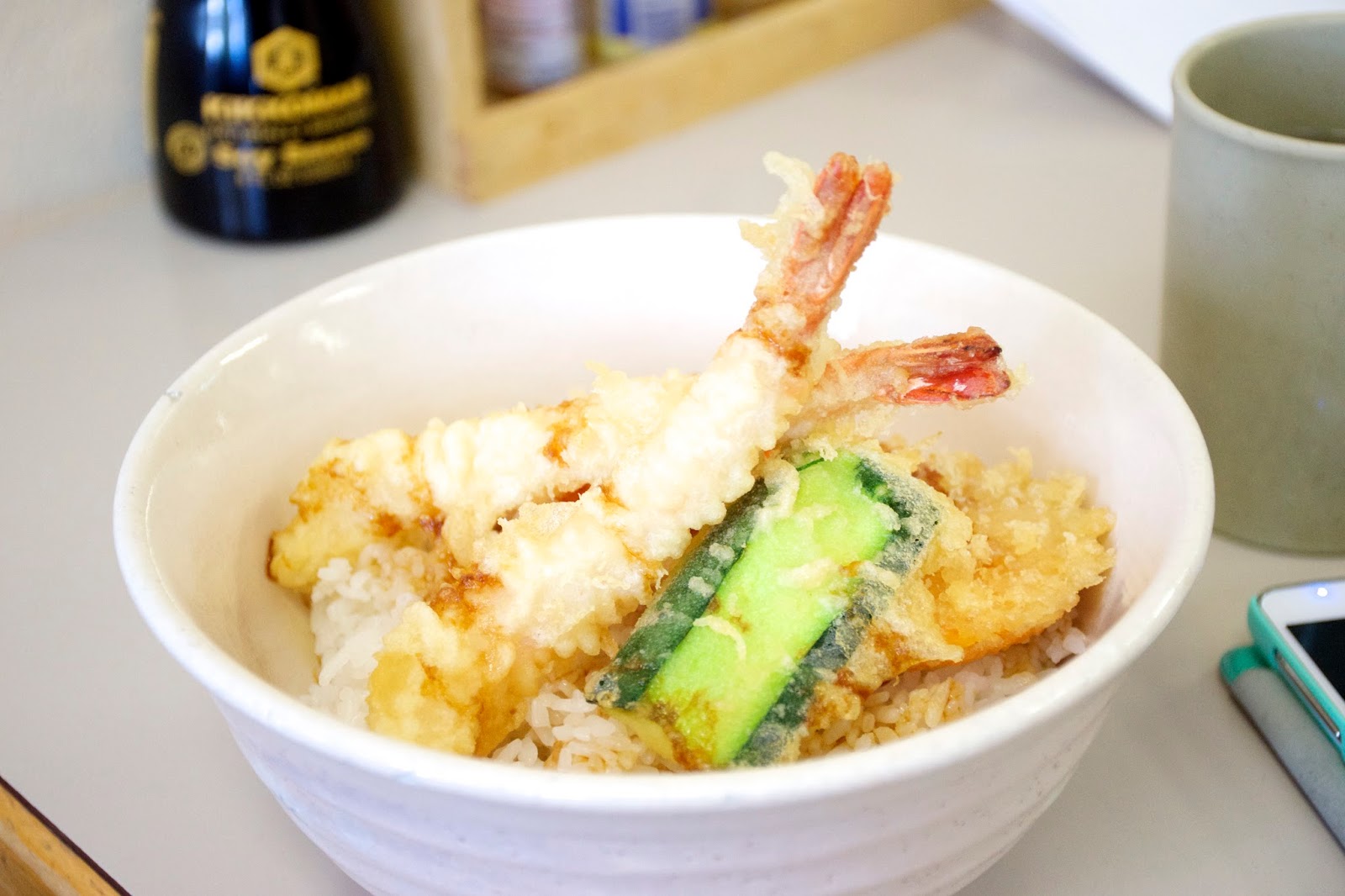 Ten Don $8
3.5/5 stars
My grandma doesn't eat raw fish, so this is what she had instead! She's a huge fan of tempura, so it's something she always has to order. This bowl was huge!! No seriously, the amount of rice in there was equivalent to 3 bowls of rice LOL. The tempura on top was basically the same as my tempura, except that it had been drizzled with a sweet soy sauce. She really liked this, and said that the sauce gave the rice alot of flavour! In hindsight we really shouldn't have ordered this, because we ended up with two much rice since the other combos already had 2 bowls of rice lol! Compared to the combos, this wasn't that good of a deal! 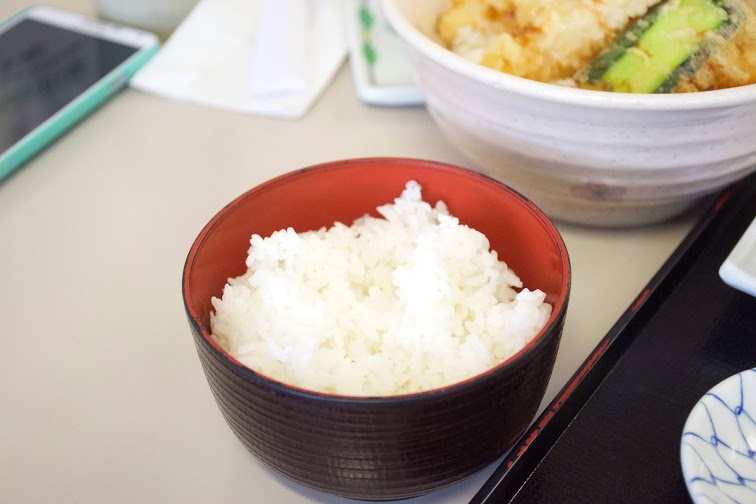 Rice
Guys, my stomach capacity is shrinking LOL!! It's getting smaller!! Nuuu!! I was only able to eat 1 bowl and 1/2 of rice this time!! Usually I can eat 3 bowls without fail! What's happening to me? I'm supposed to be a rice bucket!! 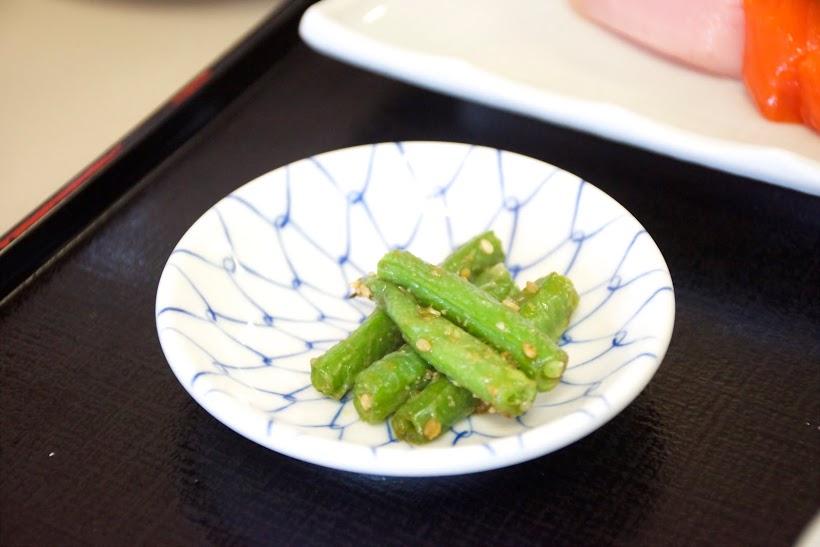 Side Dish
3/5 stars
Both of our combos also came with some peas that were seasoned with sesame oil! The peas were really crunchy, but had a layer of soggy skin on top lol. Other than that, they were fine. I really liked how they took the time to put the two pieces on top of the other pieces!! 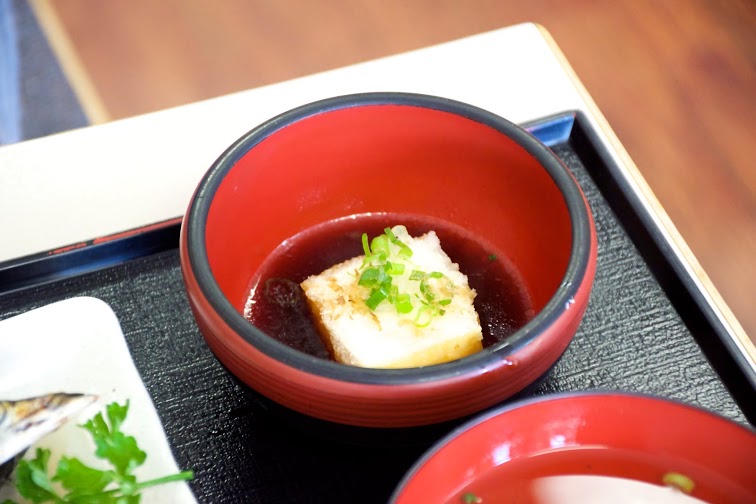 Agedashi Tofu
3.5/5 stars
My grandma's combo came with 1 lone piece of agedashi tofu! I tried some of the sauce, and it was really good! Lots of depth, and really flavourful. From the looks of it, the tofu was really soft! My grandma didn't like how the fried skin got soggy from soaking in the sauce, but that was inevitable lol! 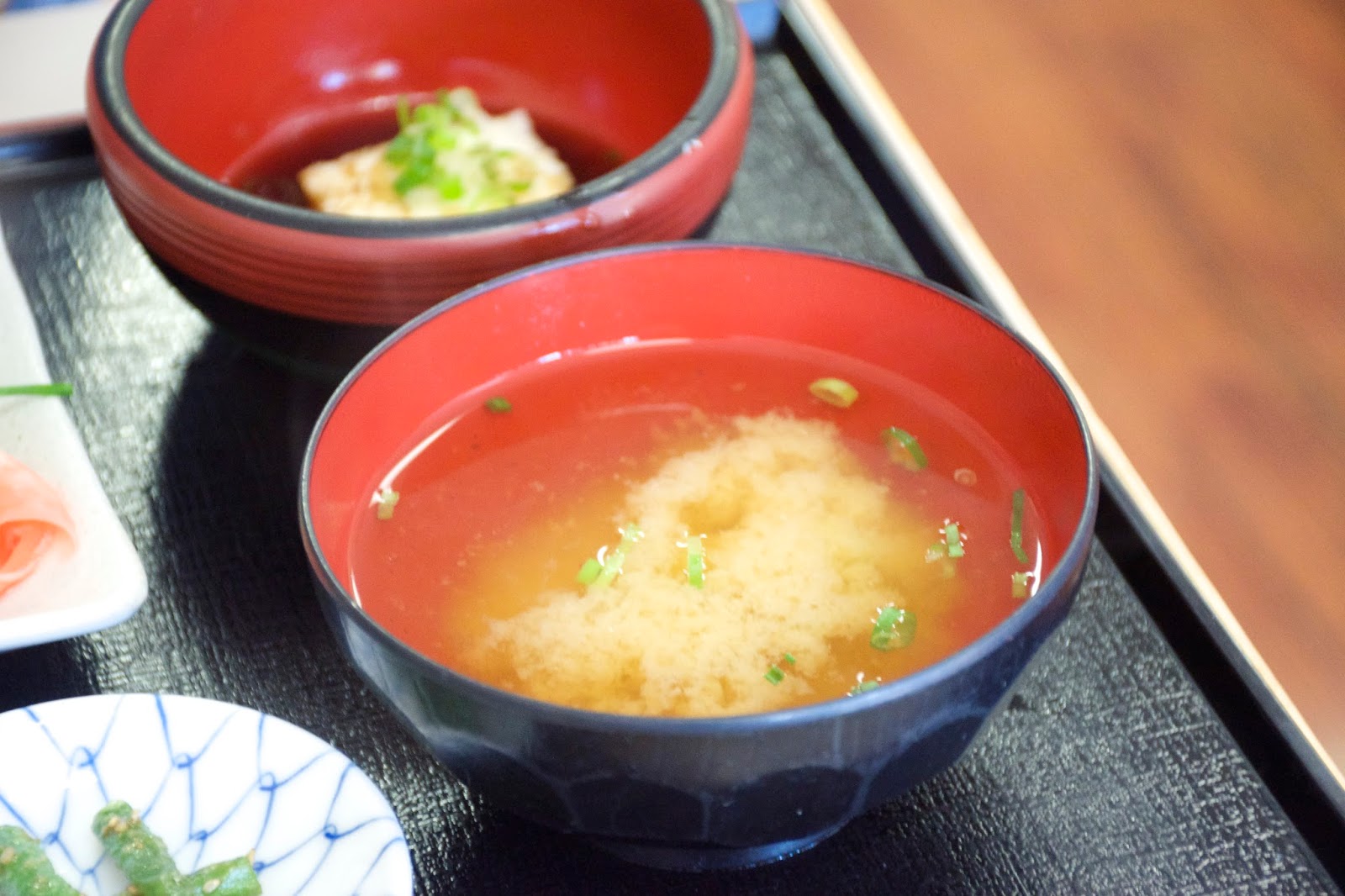 Miso Soup
3/5 stars
We also got a miso soup in each of our combos! The miso soup was pretty salty, but was lacking a bit in overall miso flavour, and tasted a bit diluted. Other than that, it was pretty standard, and nothing to really complain about.

THE VERDICT
Overall, Van Ya is a great place for some delicious, authentic, homestyle Japanese cuisine! The prices are reasonable and we really enjoyed everything that we tried! If you're ever looking for Japanese food in the Killarney area, Van Ya won't disappoint!