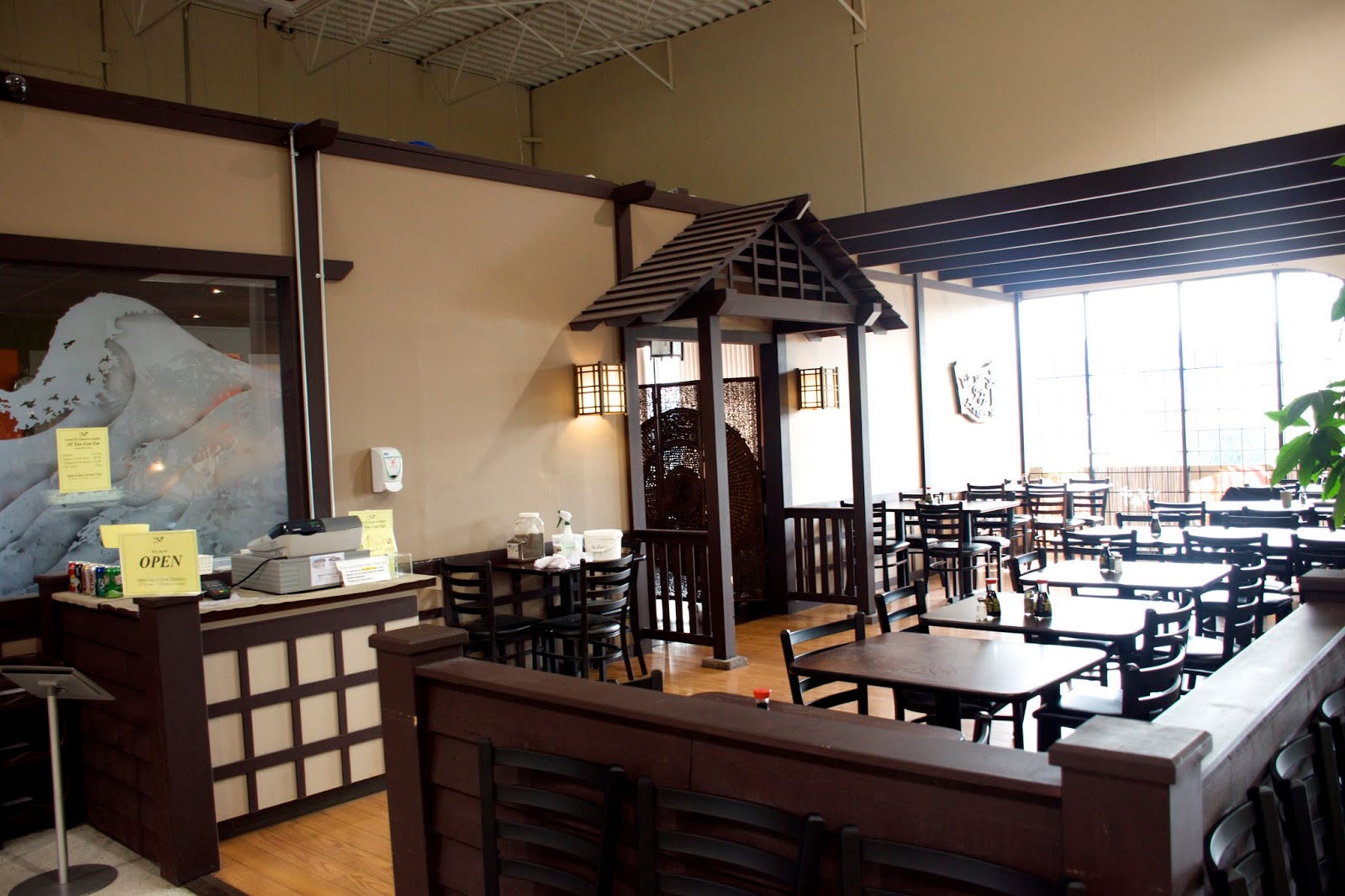 Yesterday I visited my dad in Richmond after my classes, and guess what he suggested for lunch? DIM SUM AT SOUTH OCEAN LOL. Oh gawd, no. Please. Don't get me wrong, I like their dim sum, but everyday? Seriously Dad? Since we both eat out everyday, my dad has this rule that we're not allowed to spend over $10 per person for lunch or else we're going to go broke LOL. Exceptions include dinner, or a celebration lol.

I just reviewed South Ocean last week so I wasn't really keen on doing a revisit post so soon LOL, I don't want to bore you guys! My dad likes buffets, especially cheap ones (read: around $10 LOL.) Our only options for a $10 buffet in Richmond were Izumi Tei and Ninkazu and I opted for the former since we were closer to landsdowne.


SIGNATURE DISHES
Izumi Tei specializes in homestyle Japanese food, and the emphasis is on cooked food. So you're not going to find sashimi here! Izumi Tei is actually located inside the larger supermarket Izumiya, which is owned by Fujiya. The buffet at Izumi's has pretty much the same items as the cooked items in the back of Izumiya!

SERVICE 2/5 stars
Service is next to nothing because Izumi operates like a cafeteria, you pay up front before eating and you help yourself to the food! The hostess was clearing tables, restocking food, and cleaning up the buffet area throughout the meal.

AMBIANCE - Casual
Izumi tei is actually quite large and has ample seating for about 60. There are larger communal tables as well as some single ones for couples. The buffet area is located in the middle with 4 separate stations.

This place is really good value for the money! If you're exceptionally hungry and you don't feel like going to the food court lol, Izumi Tei has you covered! Their buffet serves pretty much the same items as their cooked food section in the back of the supermarket! So instead of getting a bento for $5, you could gain access to a larger variety of items for a few dollars more! 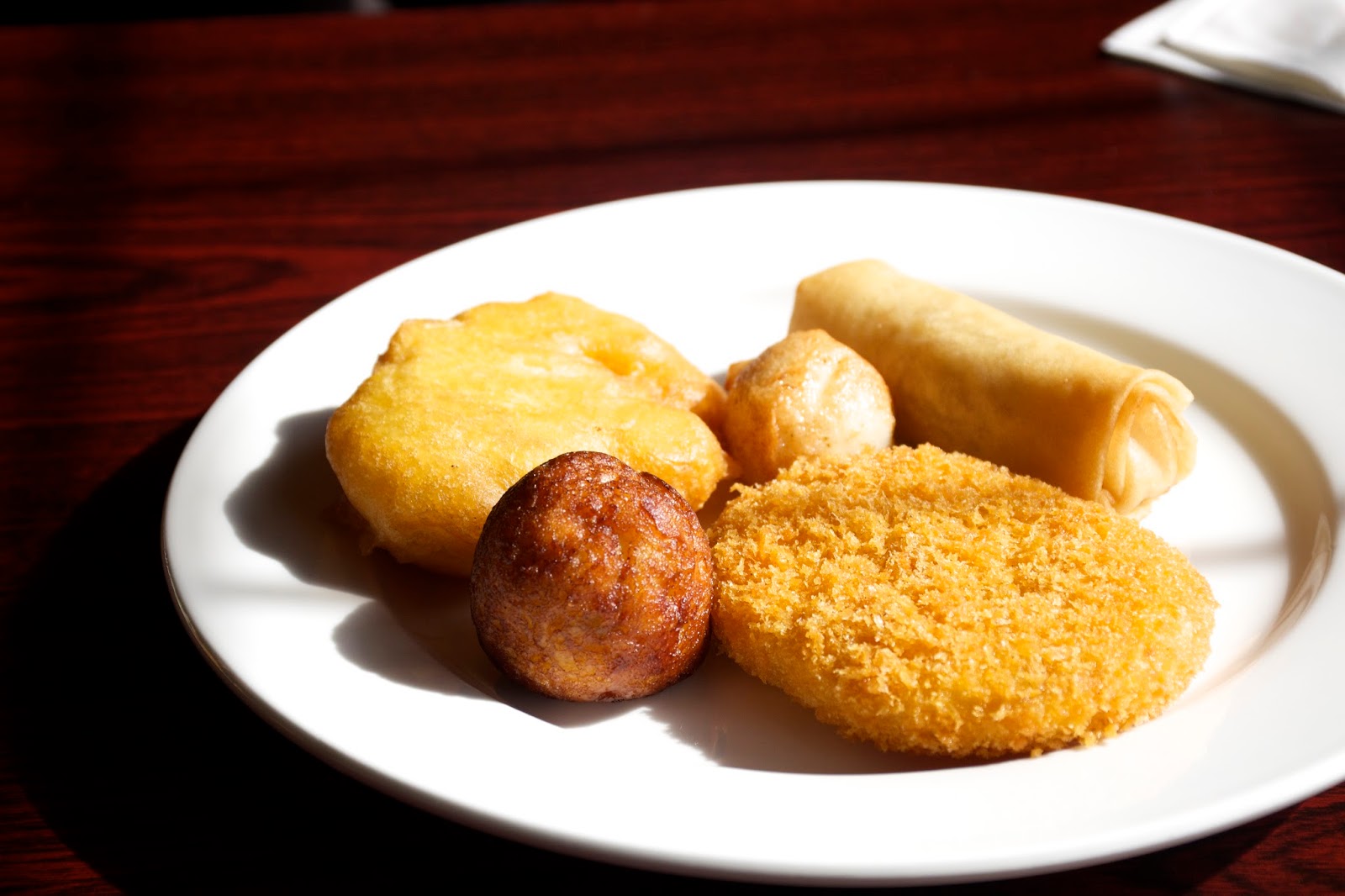 The takoyaki was my favourite out of the bunch! What's cool about izumi tei is that they a tayokai dressing station with bonito flakes and sauce where you can *make* your own takoyaki! The takoyaki was well seasoned, soft (albeit a bit soggy) but warm on the inside!
The croquette was thinly breaded and the potato filling was moist but a bit lacking in overall flavour. Nothing a little sauce can't fix though! The fried fish tasted like mustard, and it was too thickly battered, similar to the tempura. The spring rolls were standard, reminded me of the spring rolls in westernized chinese restaurants. The fish ball was fine, bouncy and fishy tasting lol. 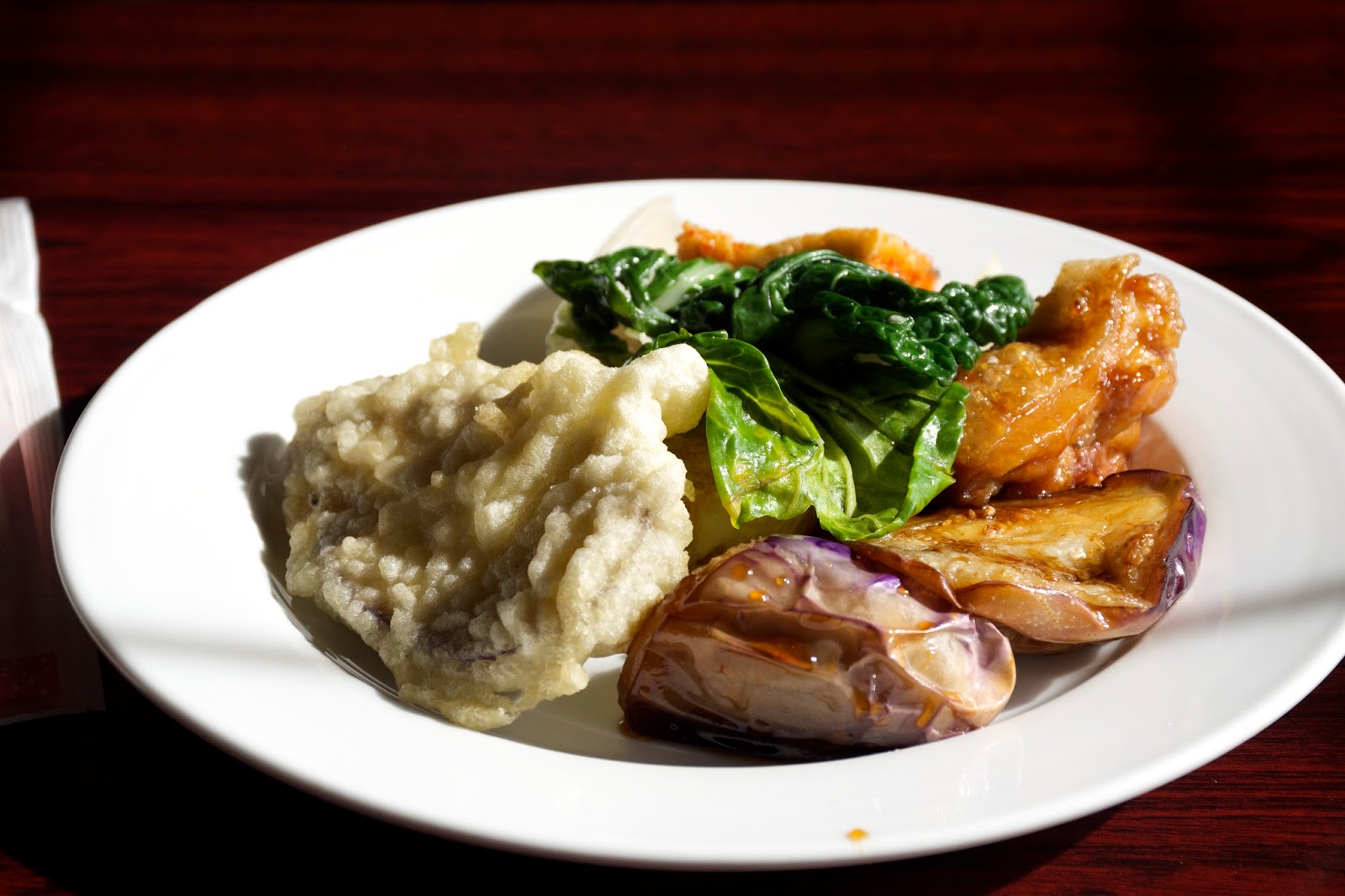 Stirfried Eggplant, Eggplant Tempura
Eggplant: 3/5 stars
Tempura: 1/5 stars
The eggplant was soft and seasoned with a soy sauce base. The tempura version, was overbattered and way too pale looking lol! 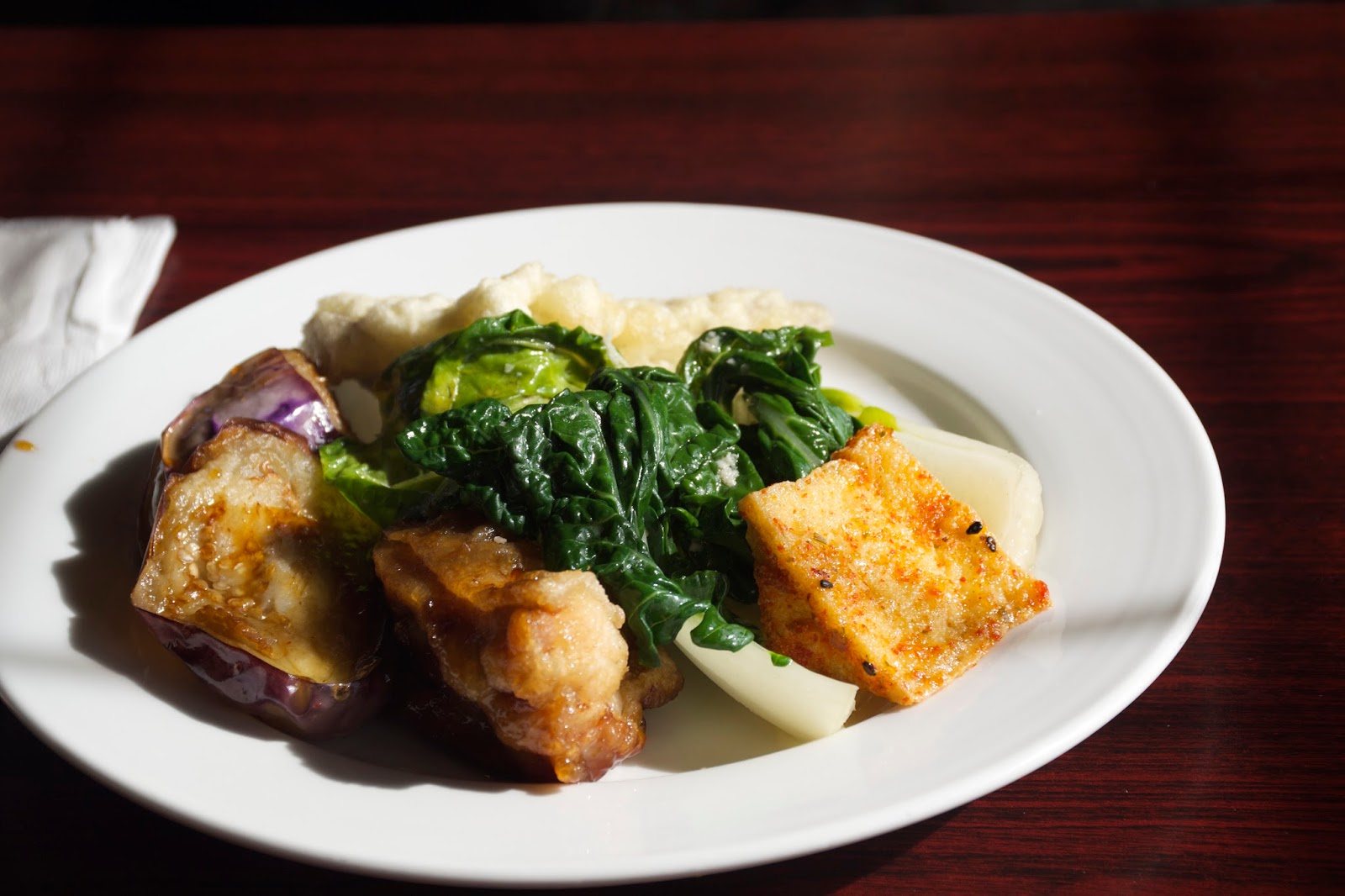 Veggies, Fried Tofu
Fried Tofu: 2/5 stars
Veggies: 2/5 stars
The veggies were plain, steamed veggies, hard to mess up! The fried tofu was nice and bouncy, and seasoned with some chilli pepper 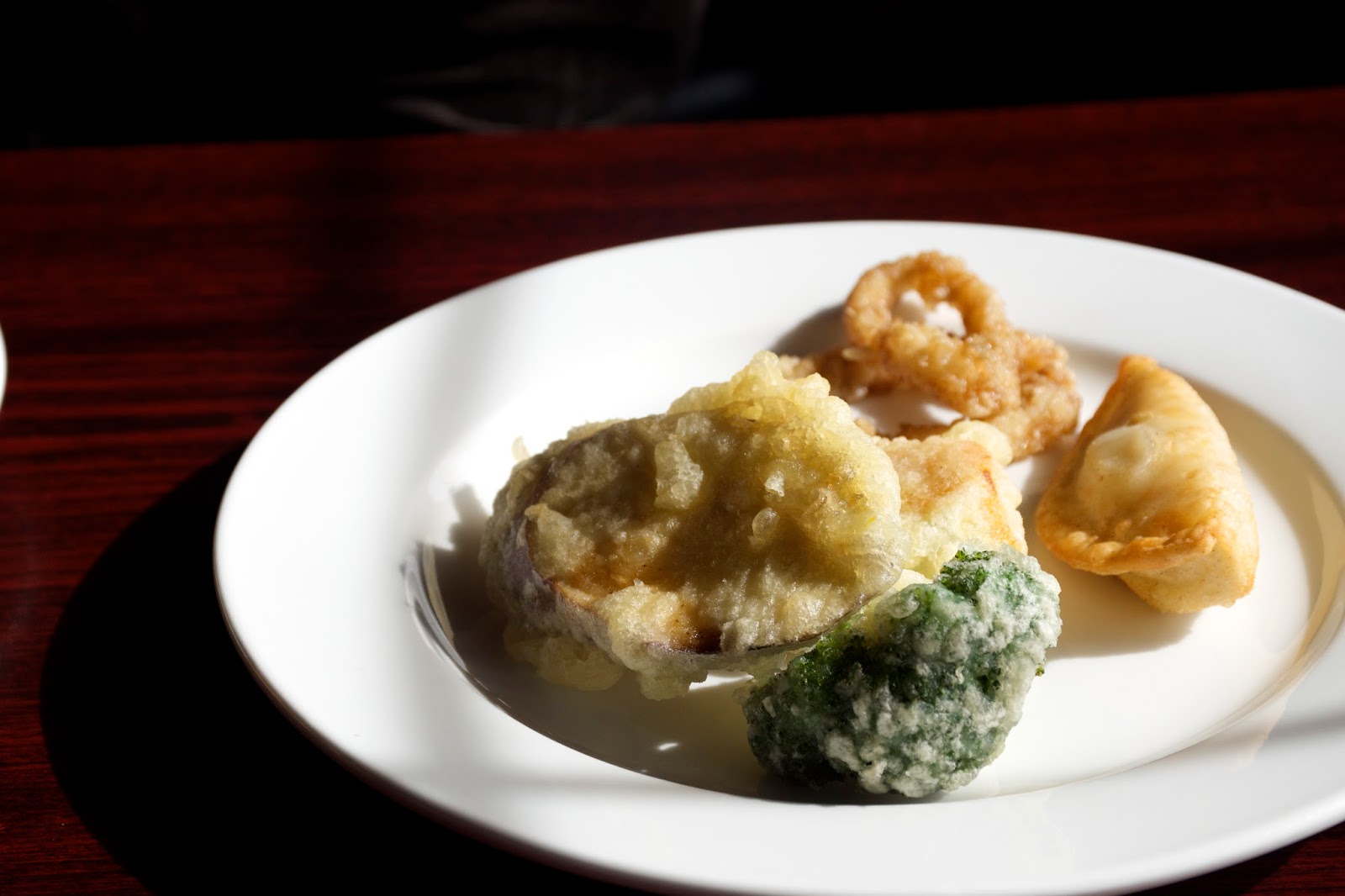 Broccoli Tempura
1/5 stars
More tempura, this time in broccoli form! The broccoli tempura was less battered, definitely ebtter than the other ones! 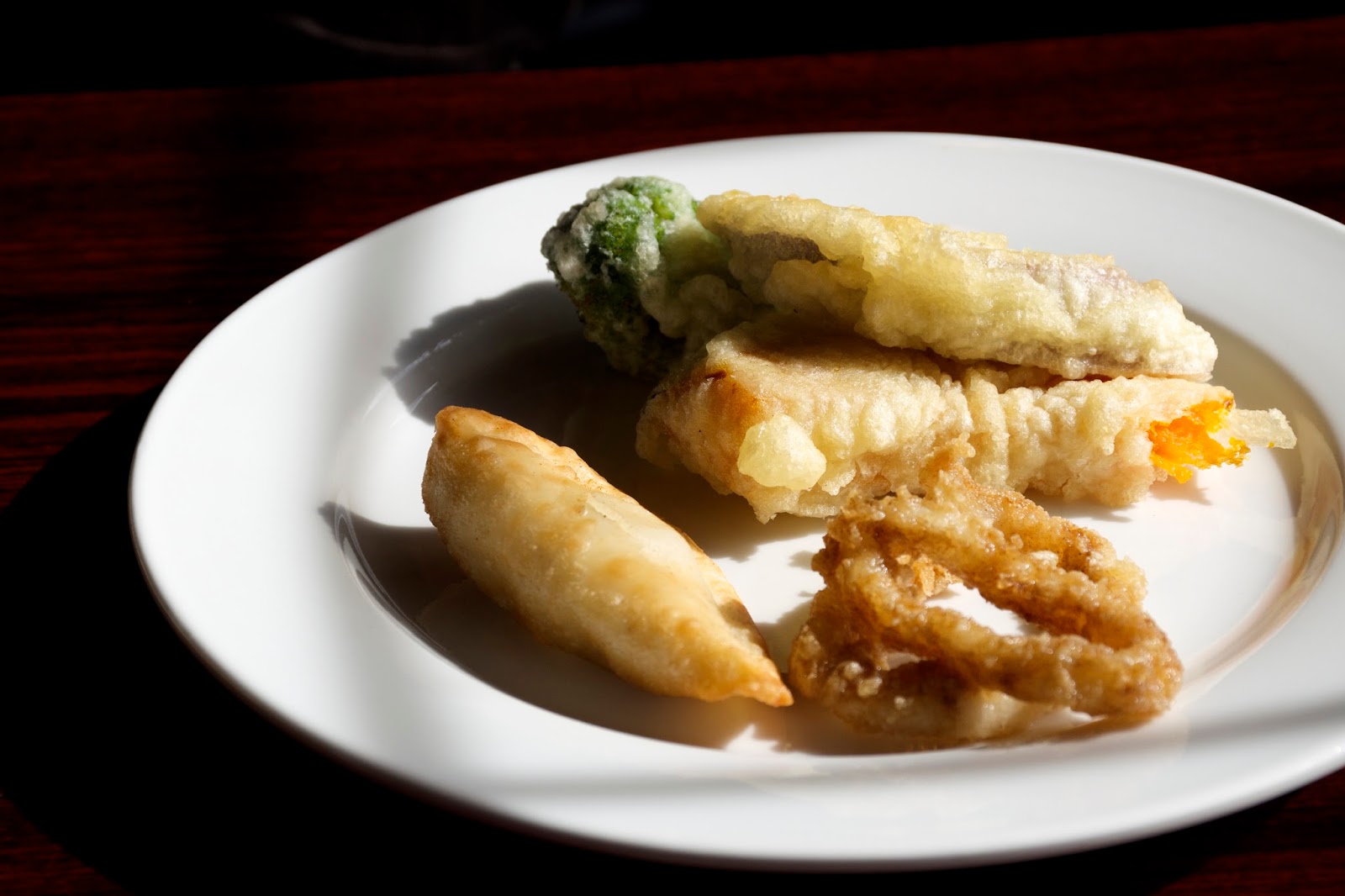 Gyoza, Pumpkin Tempura, Fried Squid
Gyoza: 1/5 stars
Squid Rings: 1/5 stars
Pumpkin Tempura: 1/5 stars
The gyoza was your generic, frozen, supermarket tempura. It had been sitting there for a while so the exterior was no longer crispy. It was a bit too doughy,the skin was too thick and the filling was void of flavour. I liked how they had pumpkin, because it's not something I eat that often haha. The squid wasn't greasy, but it was underbattered, and void of flavour. 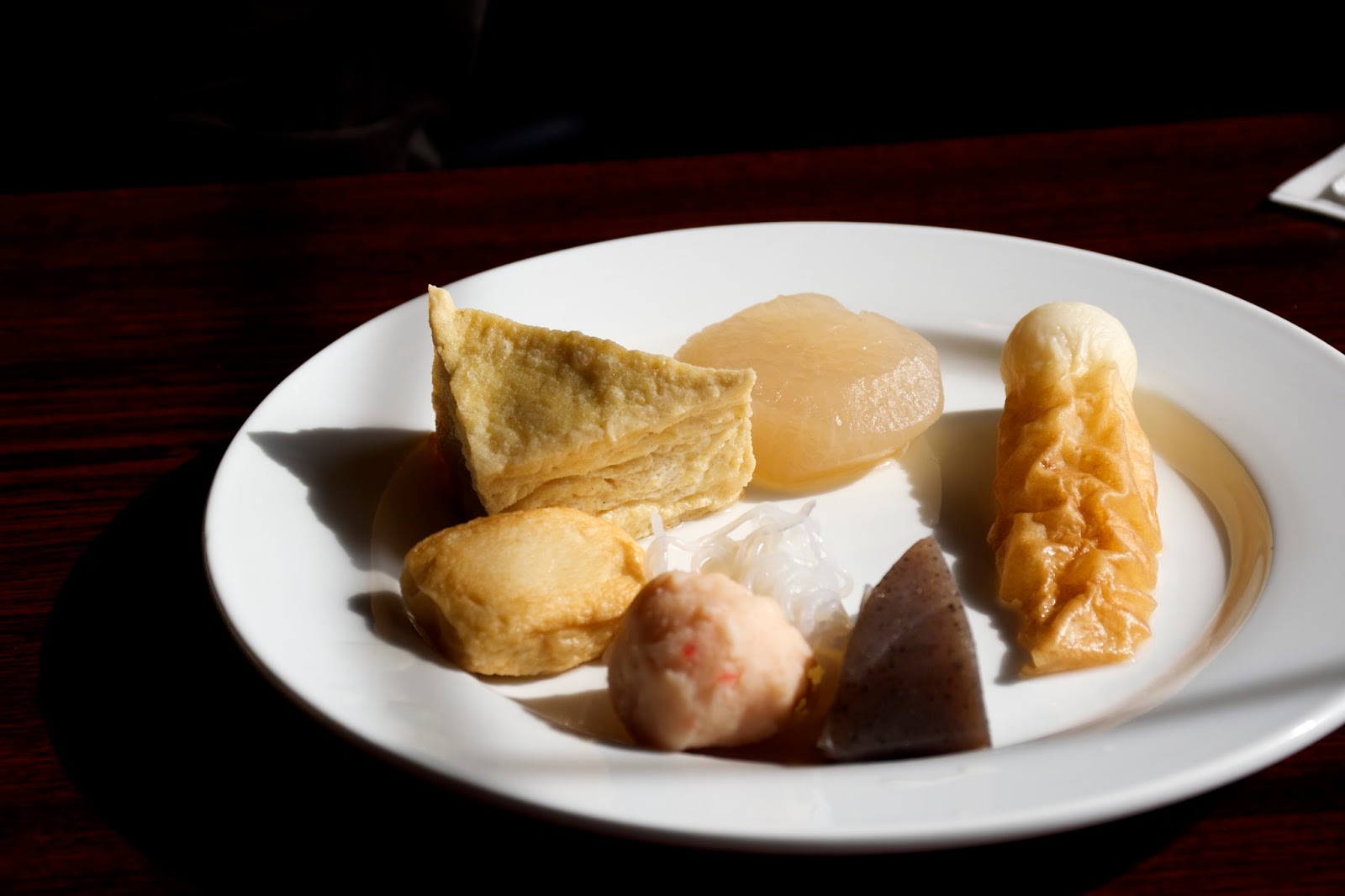 Assorted Oden
3/5 stars
Your typical assortment of oden! It was pretty standard, and nothing was offensive. They keep the oden in a hot soup which keeps it warm! My favourite was probably the radish, it had soaked up a ton of flavour from the broth! 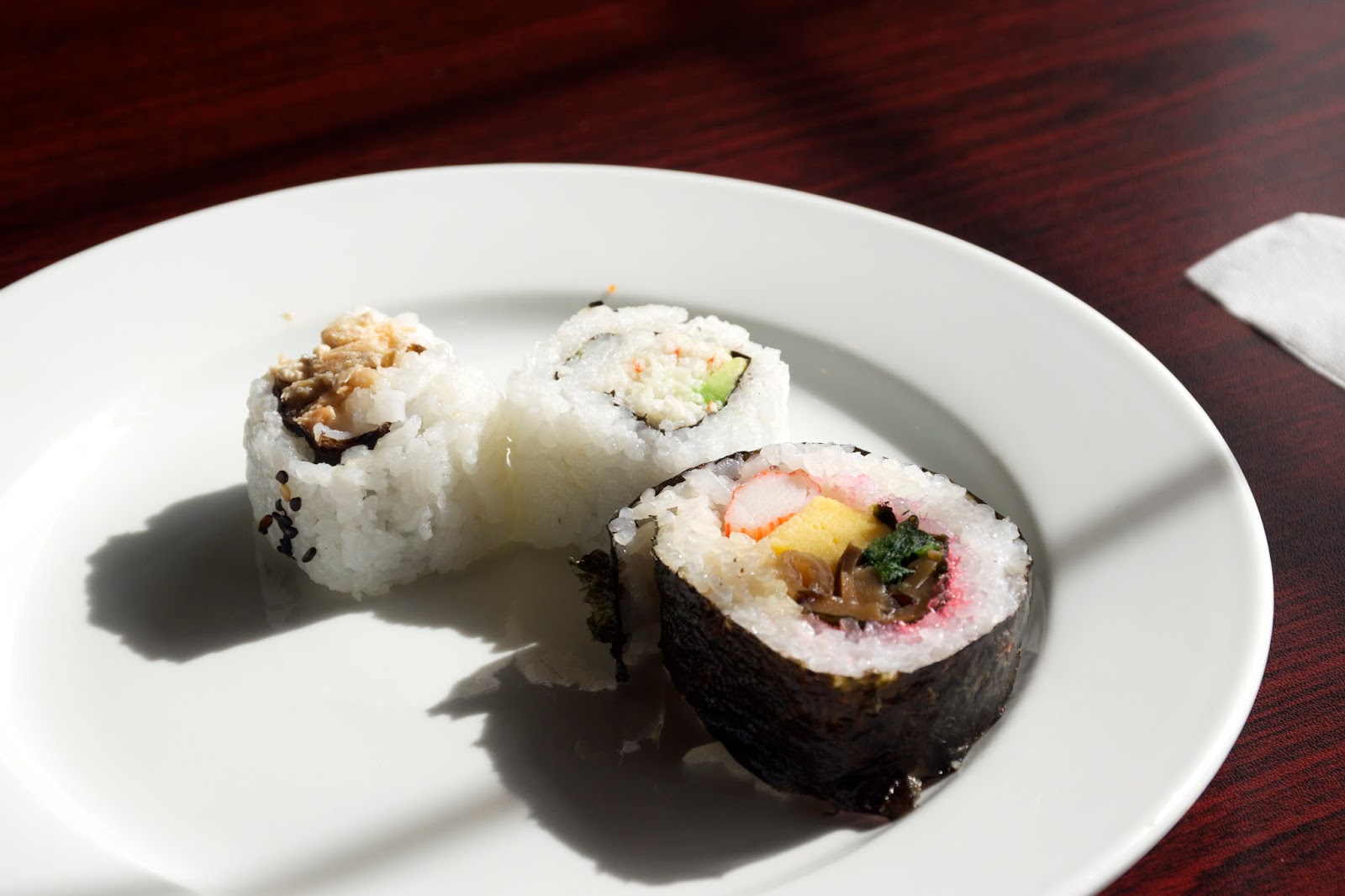 Futomaki 3/5 stars
Cali Roll 2/5 stars
Tuna Roll 2/5 stars
I was surprised how neatly assembled these were haha! The futomaki was pretty good, filled with tomago and imitation crab meat. The california roll could have used a bit more mayo, imo. The tuna roll was standard, nothing too exciting. 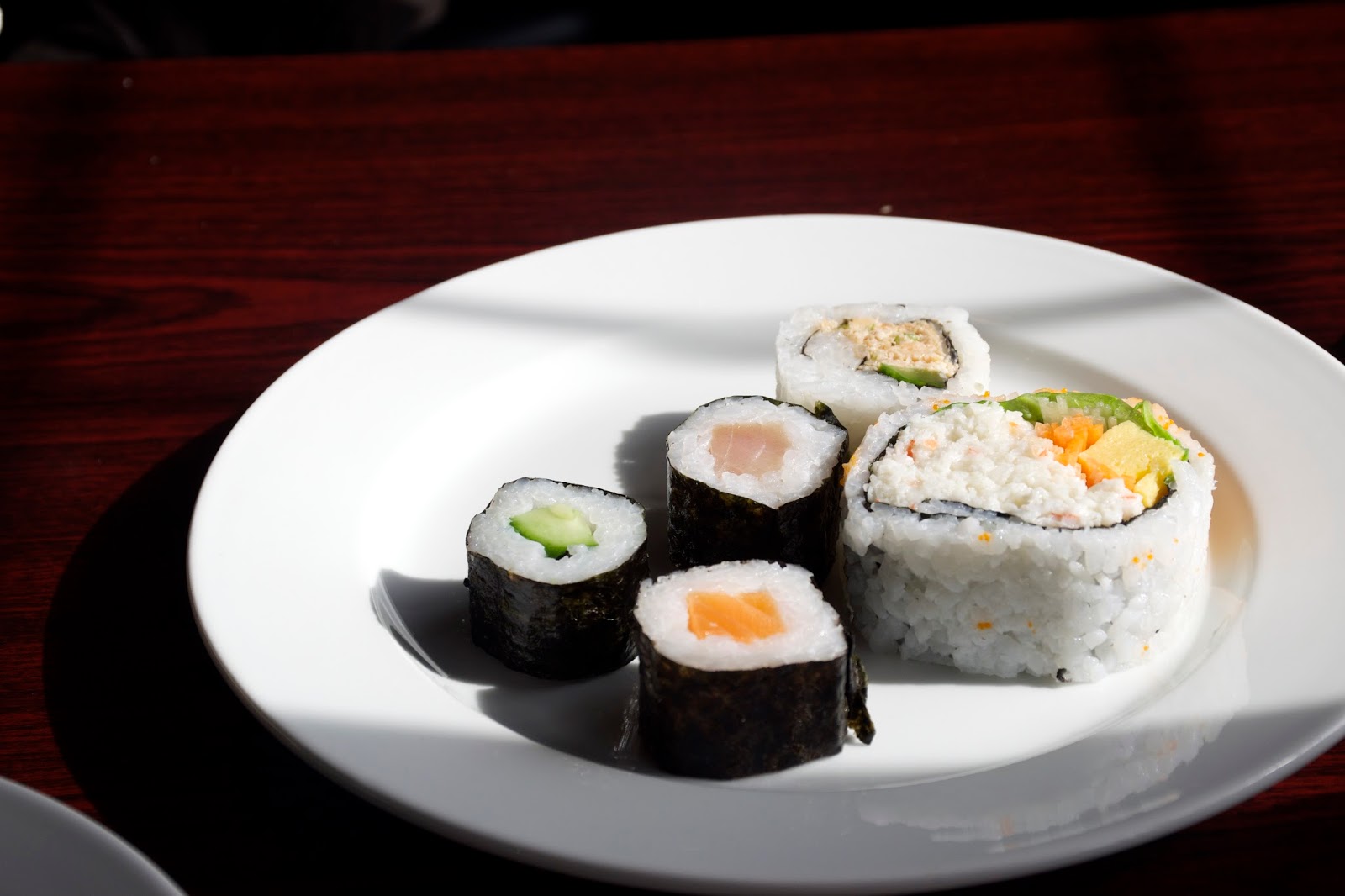 Assorted Sushi
Maki 2/5 stars
House Roll 2.5/5 stars
Man, that house roll was huge lol! And there was a ton of filling and barely any rice! Bonus points there haha. The maki rolls were basic, but really neatly assembled! I love how they look homemade! 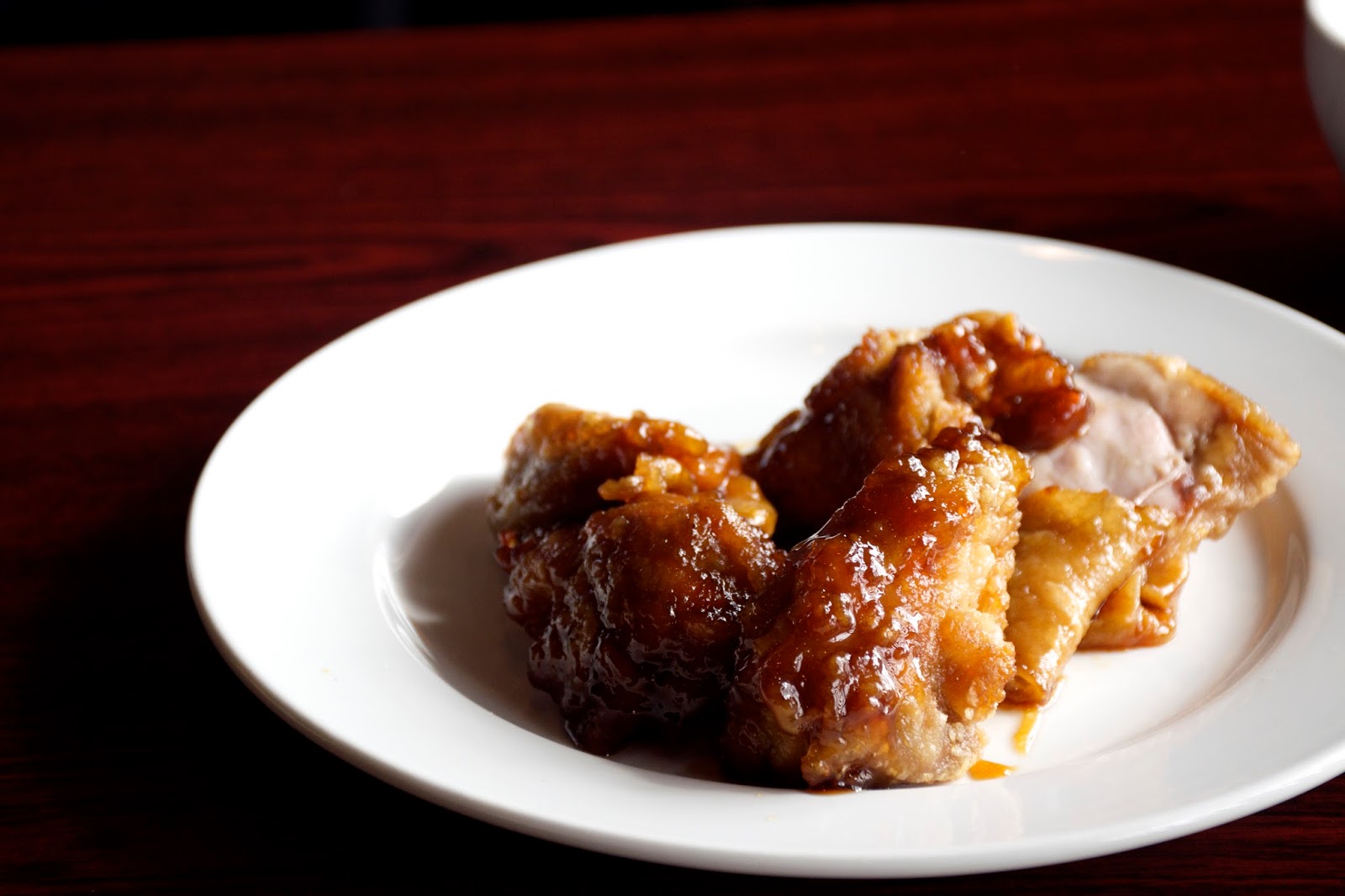 Teriyaki Chicken
3.5/5 stars
I've tried this before in their bento boxes, and I quite like it. The chicken is tender, moist, and juicy, with ample amounts of flavour from the sauce. 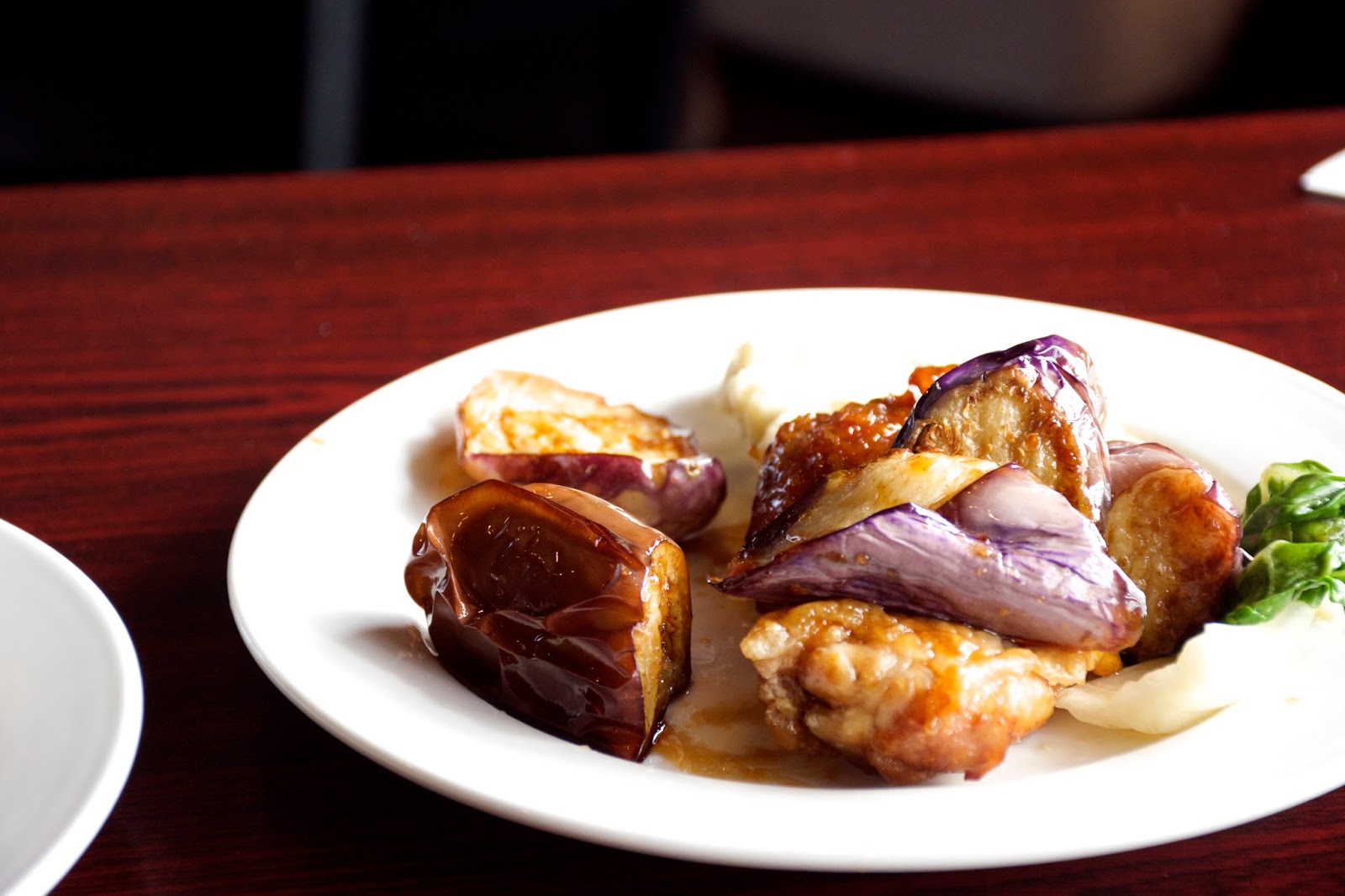 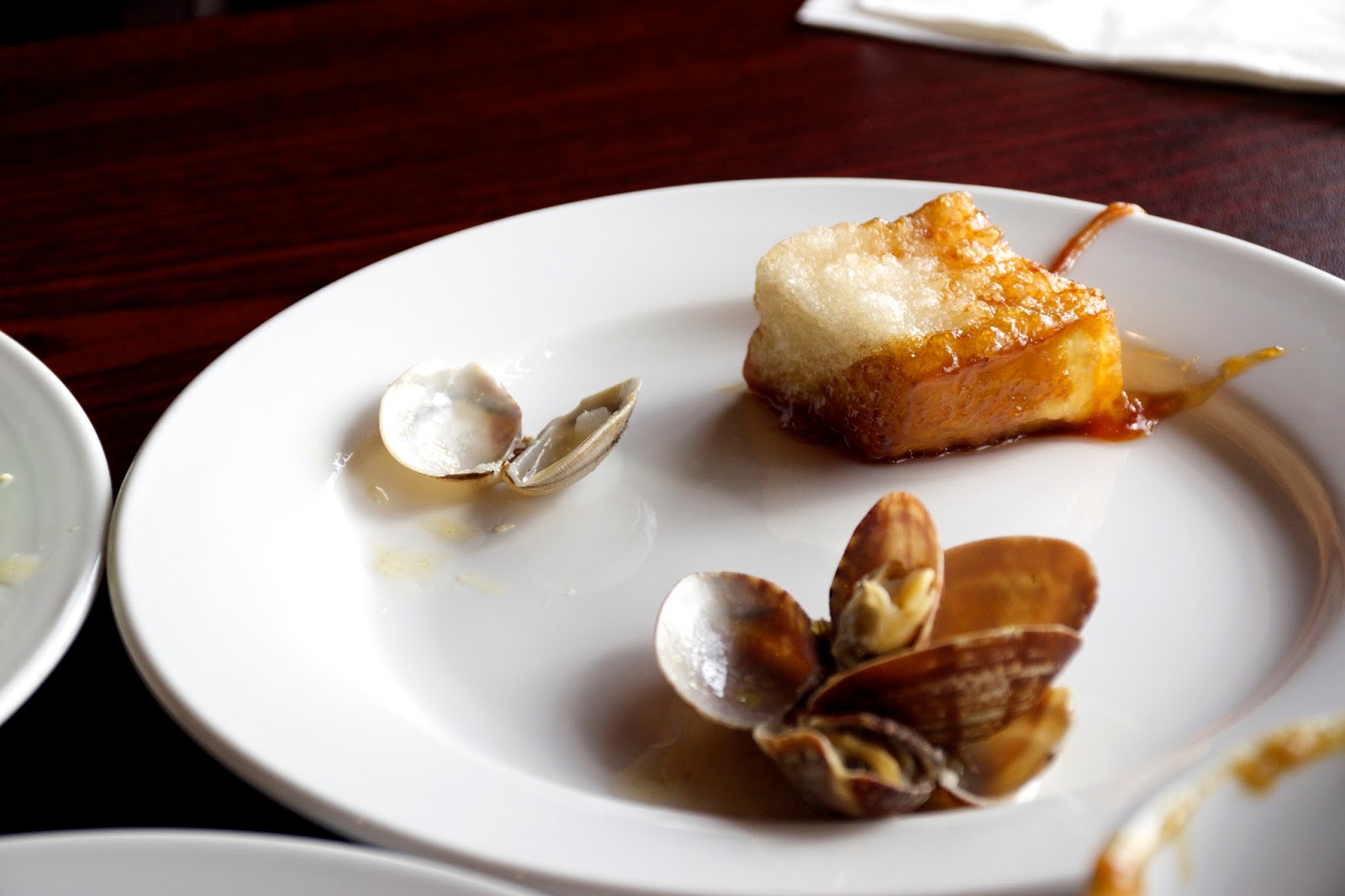 Agedashi Tofu, Clams
Tofu: 2/5 stars
Clam: 1/5 stars
The tofu was fried and glazed with a thick, sweet teriyaki sauce. The clams had potential, but there was so much sand in it that it was virtually inedible lol. 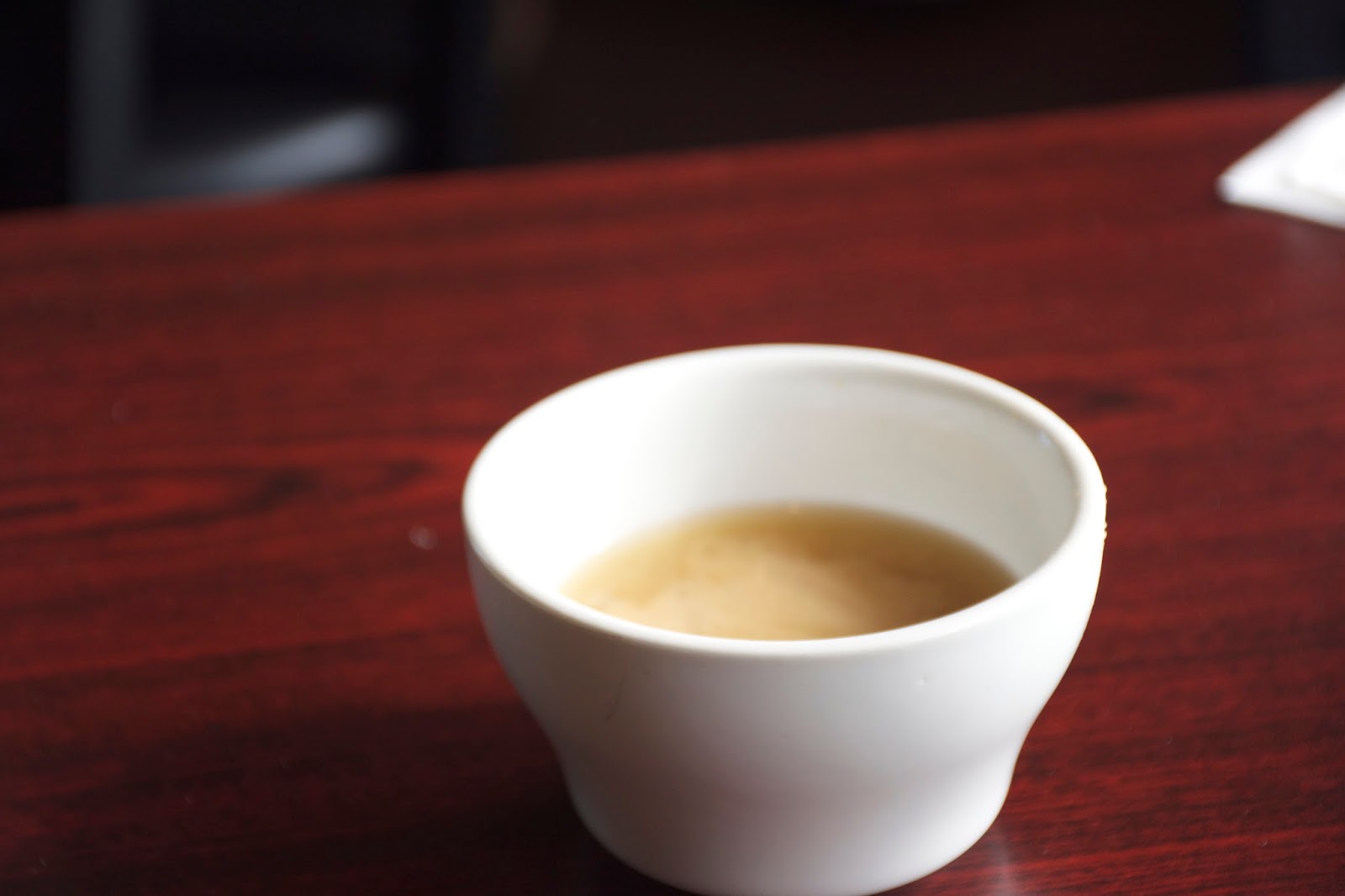 Miso Soup
2/5 stars
Pretty standard as well. A bit lacking in miso flavour, but it wasn't too salty! 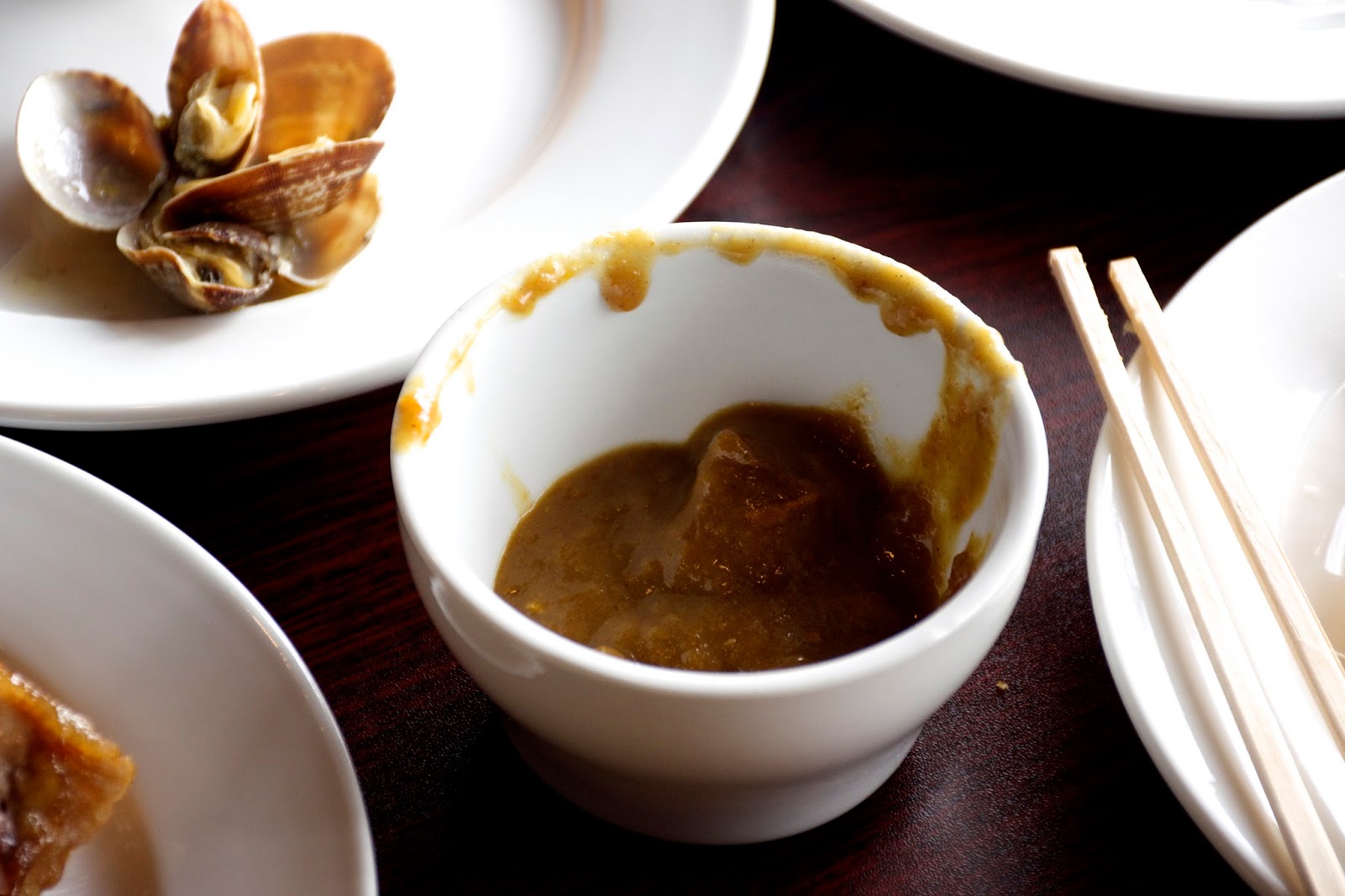 Curry Beef
2/5 stars
This tastes like glico curry! I quite like glico curry, so I didn't have any complaints lol. The curry was really thick and flavourful and the beef was reasonably tender. 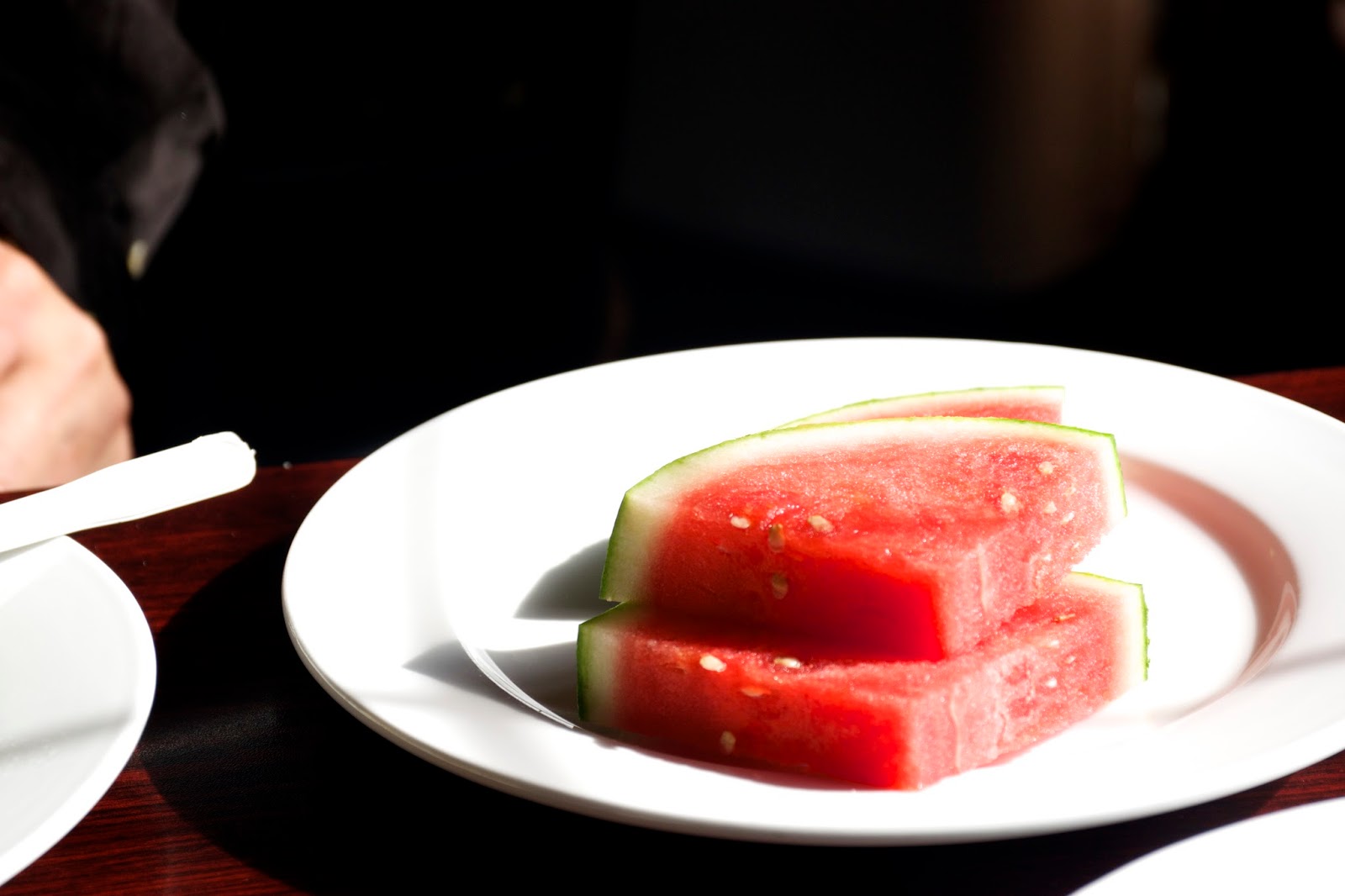 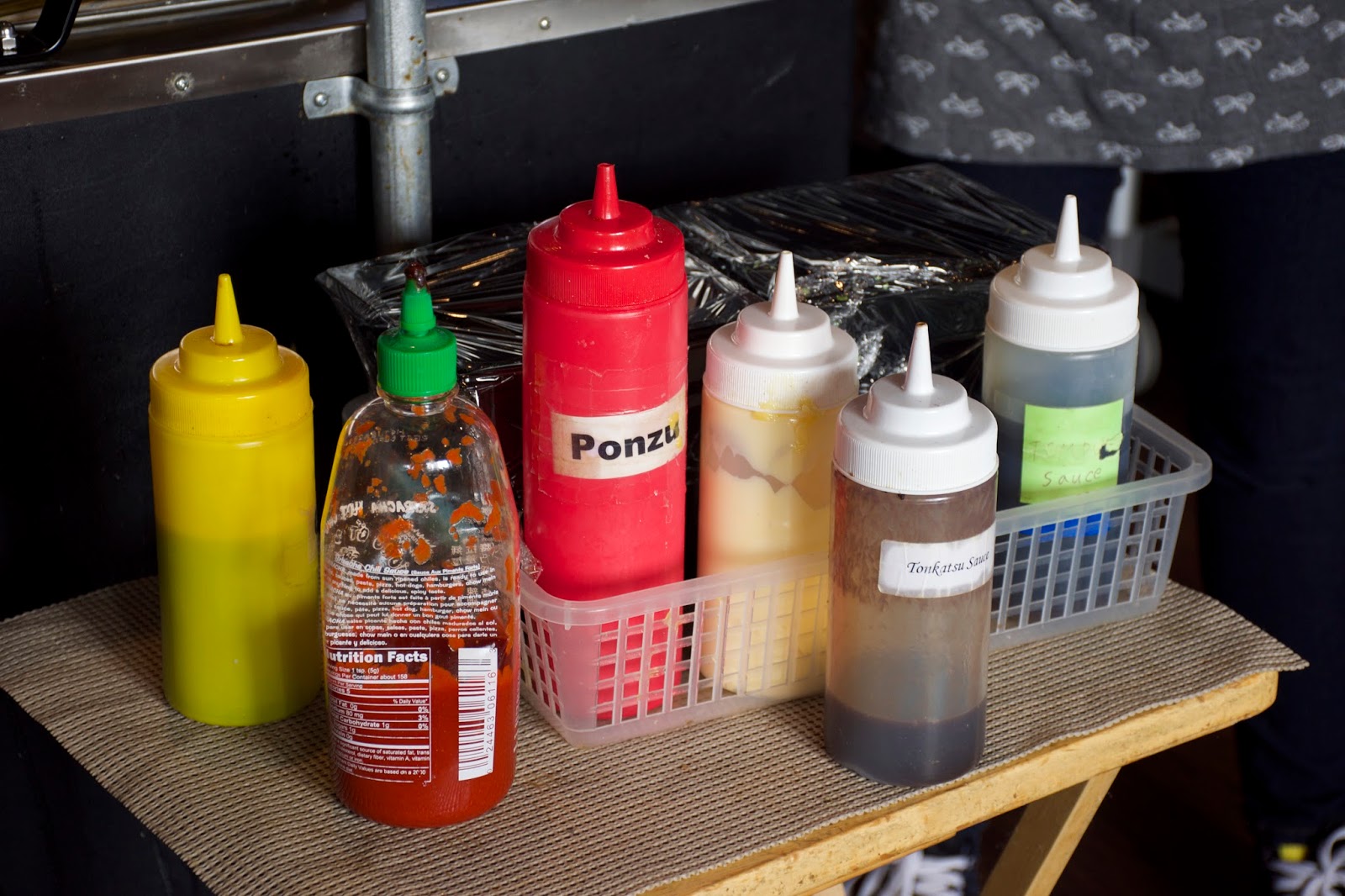 They have a ton of sauces on the side! 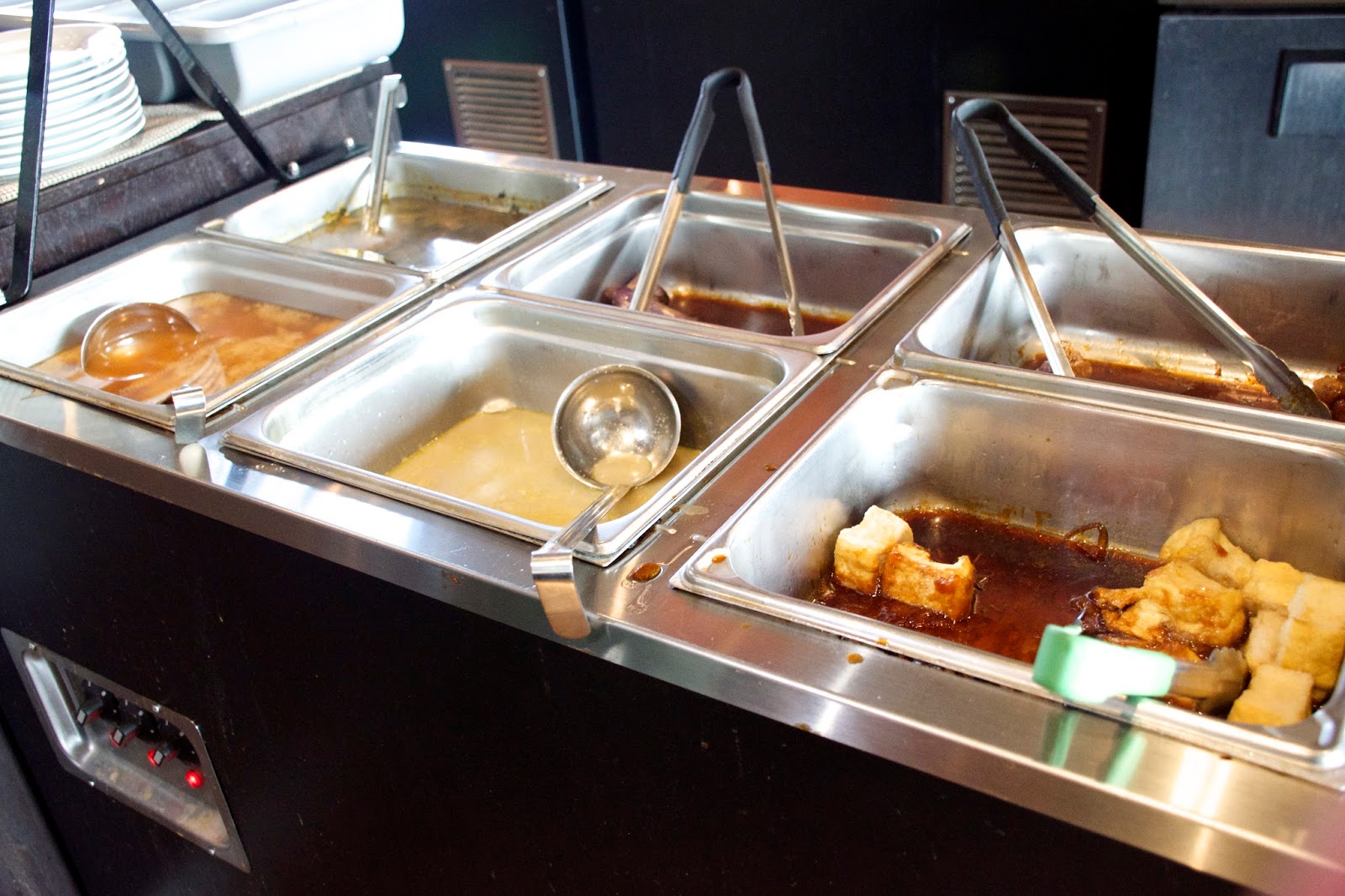 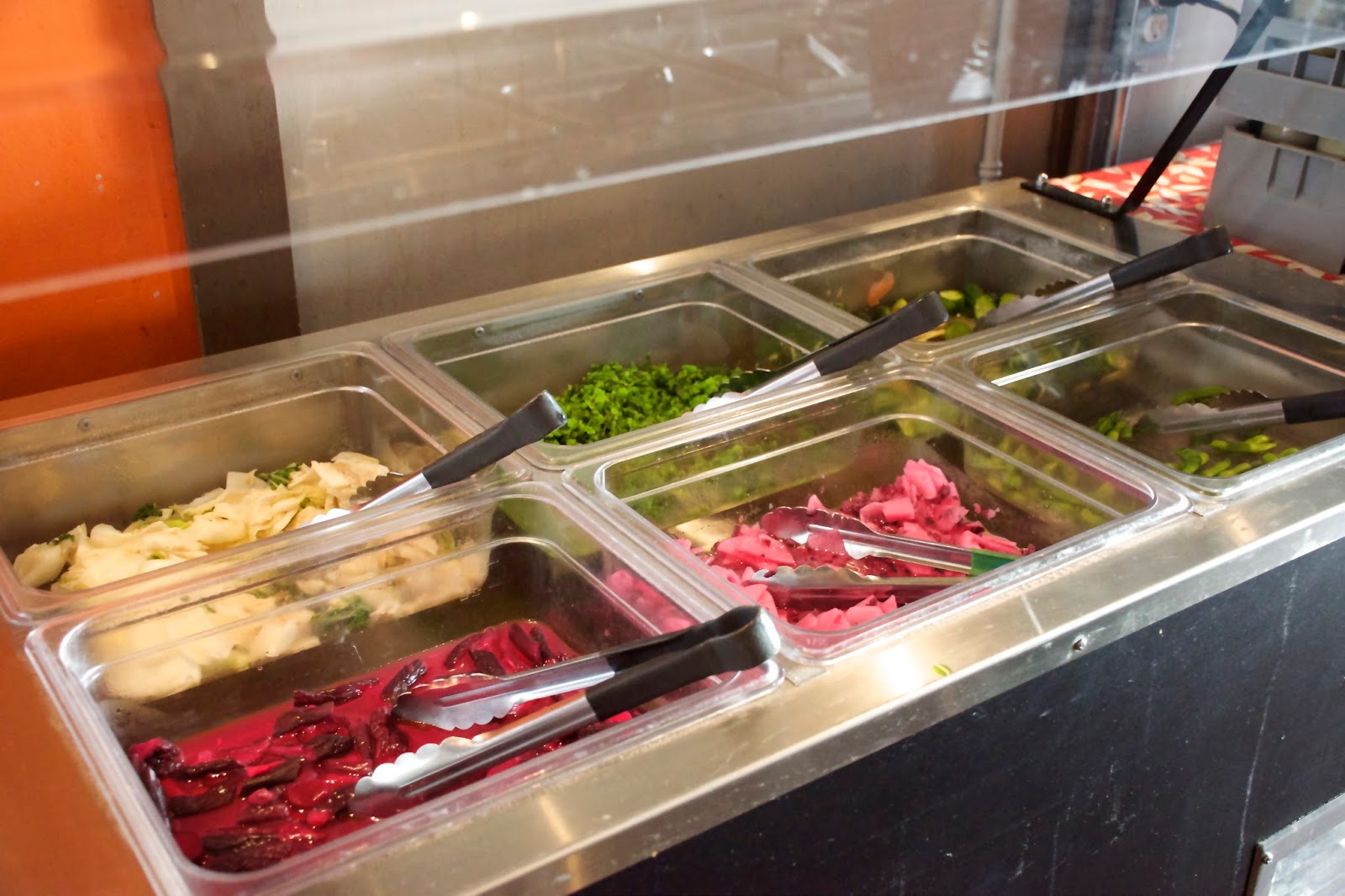