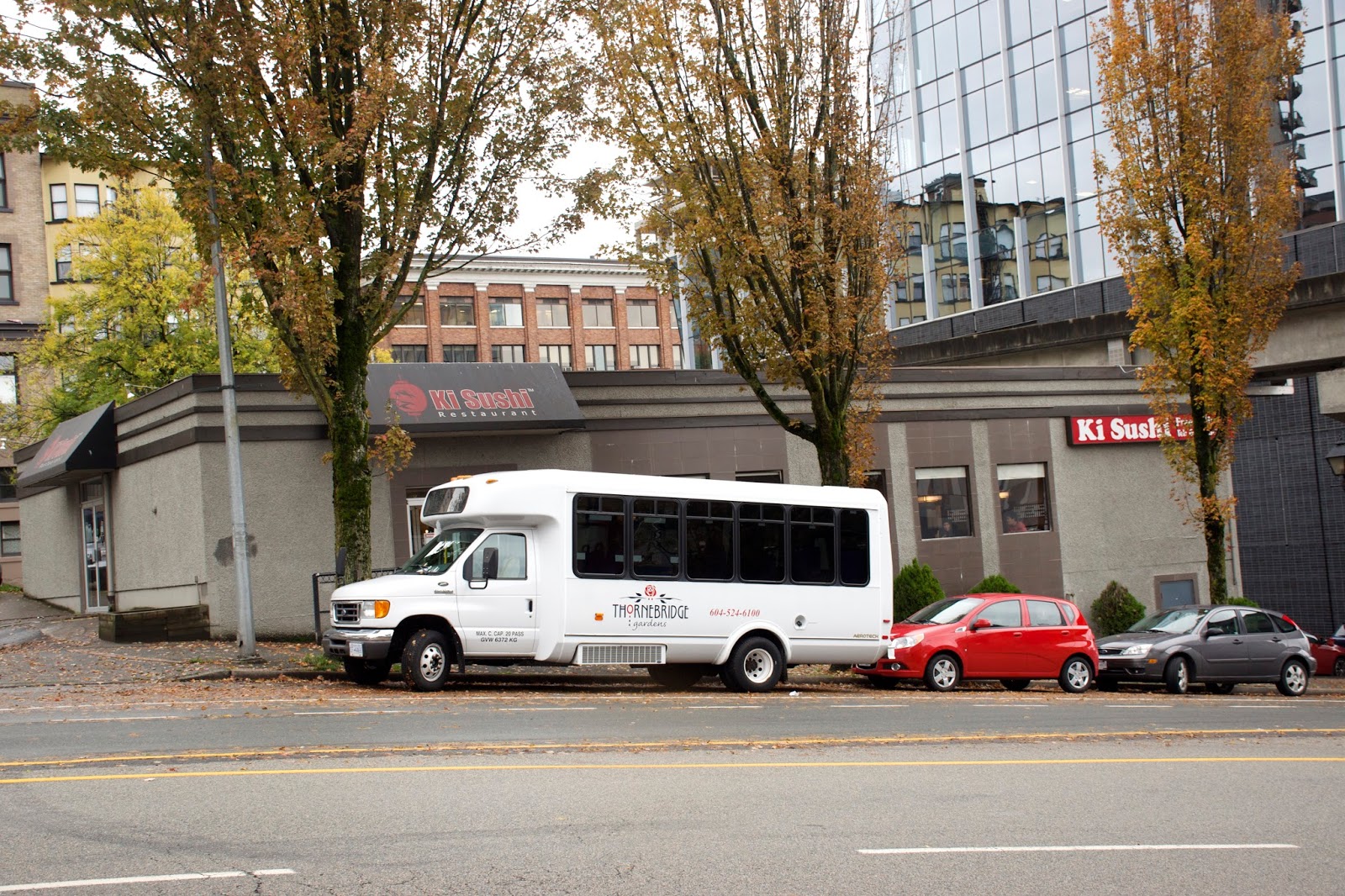 Woww, I haven't had sushi in weeks LOL. Not since my visit to Van Ya last month! I've heard alot about Ki Sushi having the *best* sushi in New Westminster. Well, there aren't that many places for sushi in New West anyways haha.

When I went during lunch, this place was packed! The first thing I noticed was that the servers/chef all spoke Mandarin and Cantonese! I was seated at the counter so I was eavesdropping on their conversations the whole time heheh ;)

Not going to lie, for a Chinese run place, Ki Sushi really impressed me LOL! The food I tried was on par with most midrange Japanese and Korean run sushi restaurants! For me, as long as the food's well executed and properly made, I could care less who it was made by haha! Although authenticity can be a huge selling point...at the end of the day, it's the quality and taste that really matters! 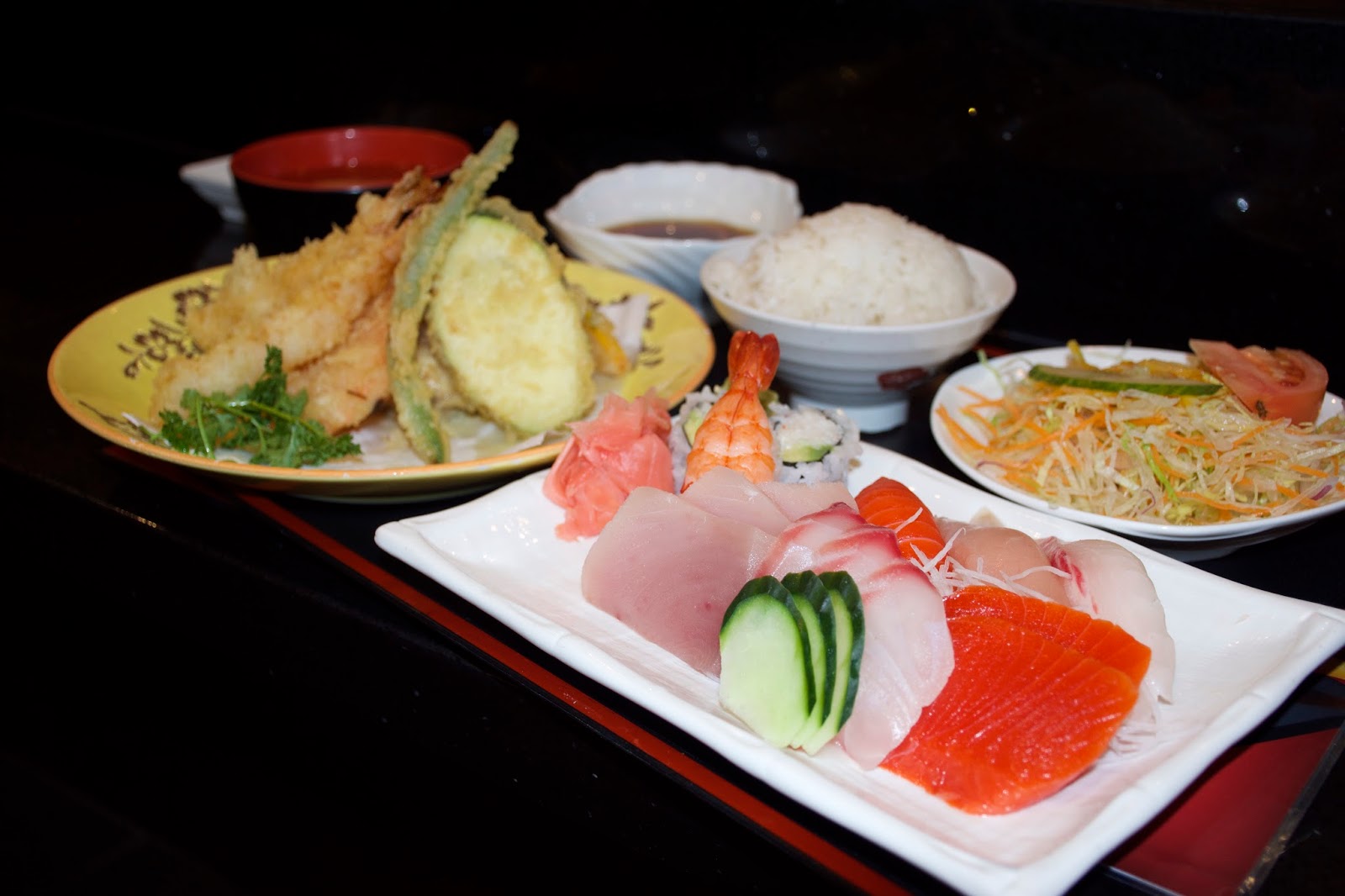 Deluxe Sashimi Combo $13
This combo was a total steal! For $13 I really wasn't expecting this much food lol, because in the picture, the portion sizes looked so much smaller! That's why I ordered an extra oyster motoyaki lol, cause I thought it wasn't going to be enough...I was wrong LOL! 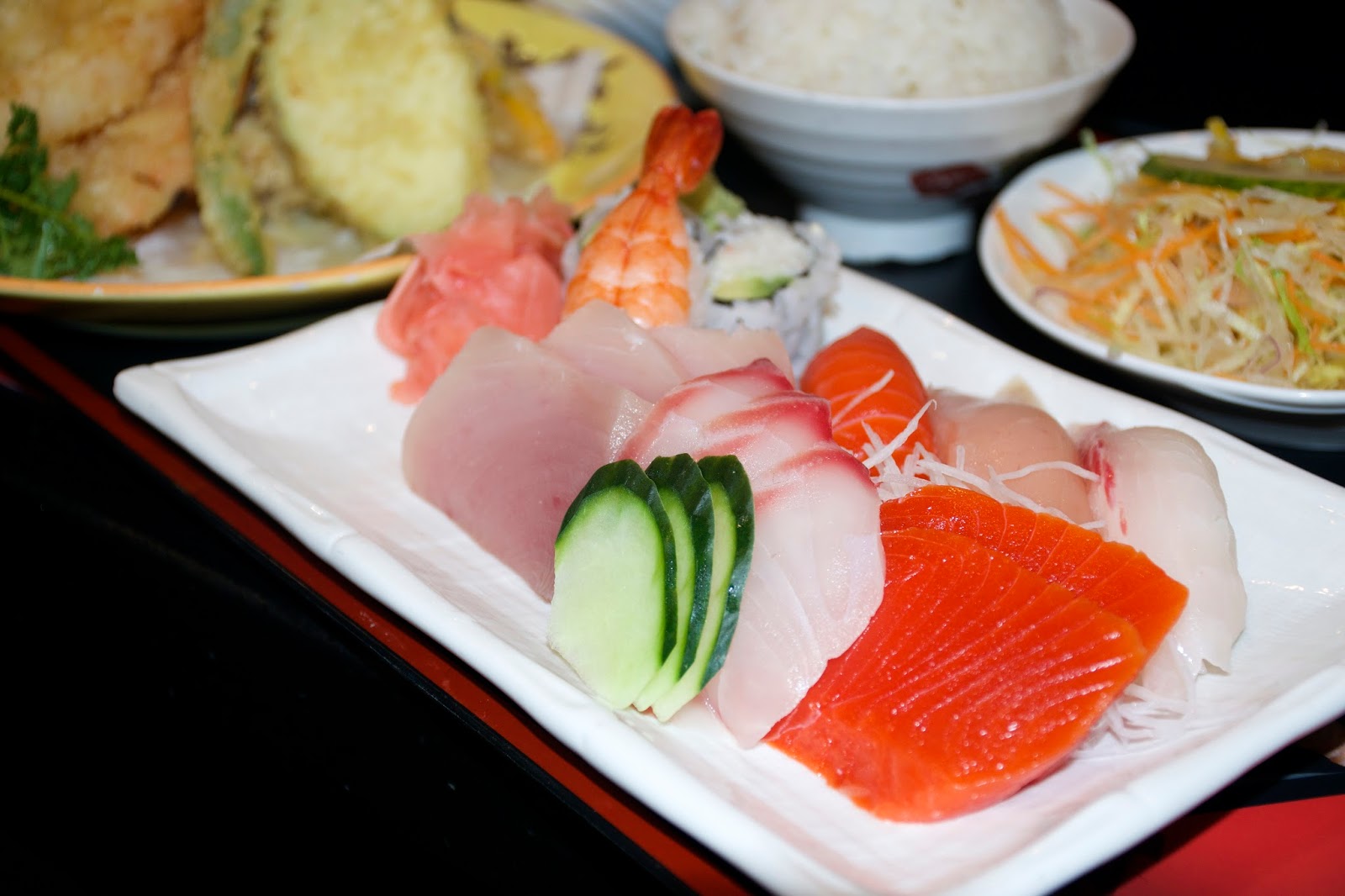 Assorted Sashimi
3.5/5 stars
The combo came with 3 pieces of tuna, 2 pieces of salmon, and 3 pieces of hamachi. The cuts were neat, and all the same size. Everything tasted pretty fresh (by frozen standards) and the sashimi pieces were defrosted so they weren't overly icy. 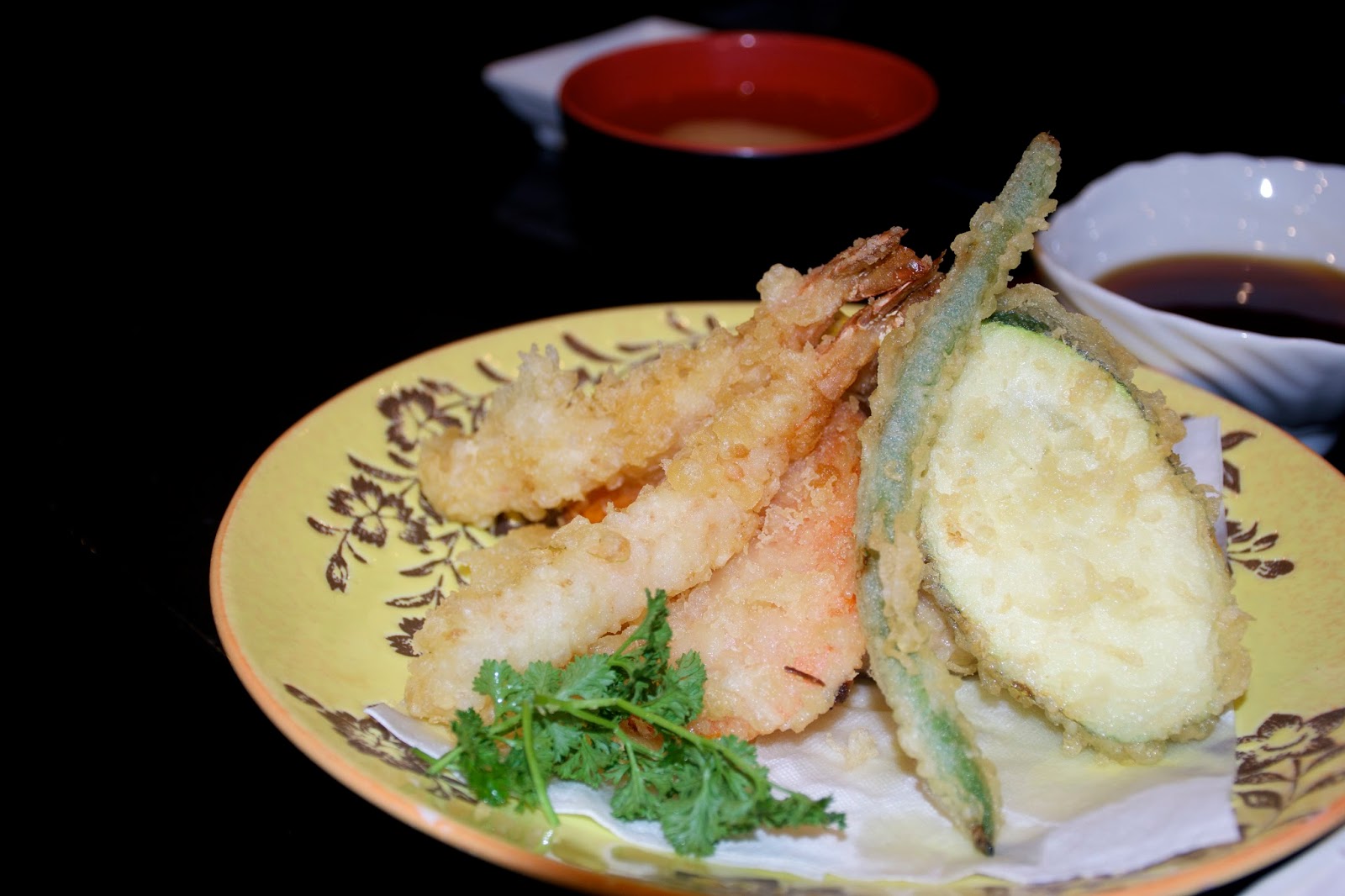 Tempura
4/5 stars
I wasn't expecting alot of tempura, but the combo actually came with a ton! There were two pieces of shrimp, 1 yam, 1 zucchini, 1 pea, and 1 pumpkin. The tempura was light and crispy, just the way tempura batter should be! The exterior wasn't overly greasy or soggy at all! 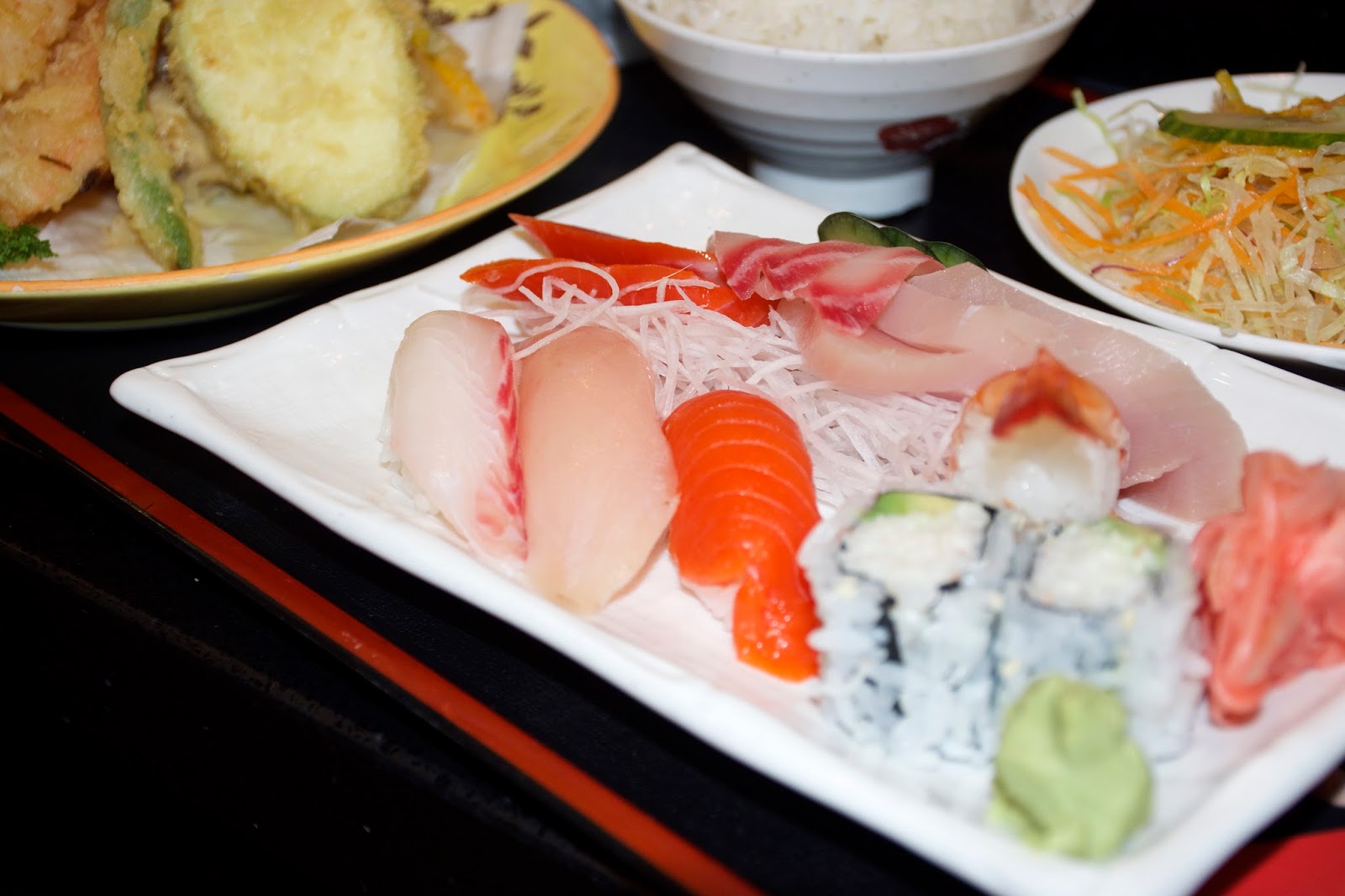 Assorted Nigiri
3/5 stars
The sushi rice was well shaped and tightly packed, exhibiting a strong sour undertone. The cuts of fish were standard, rather fresh tasting, and smooth to the touch. 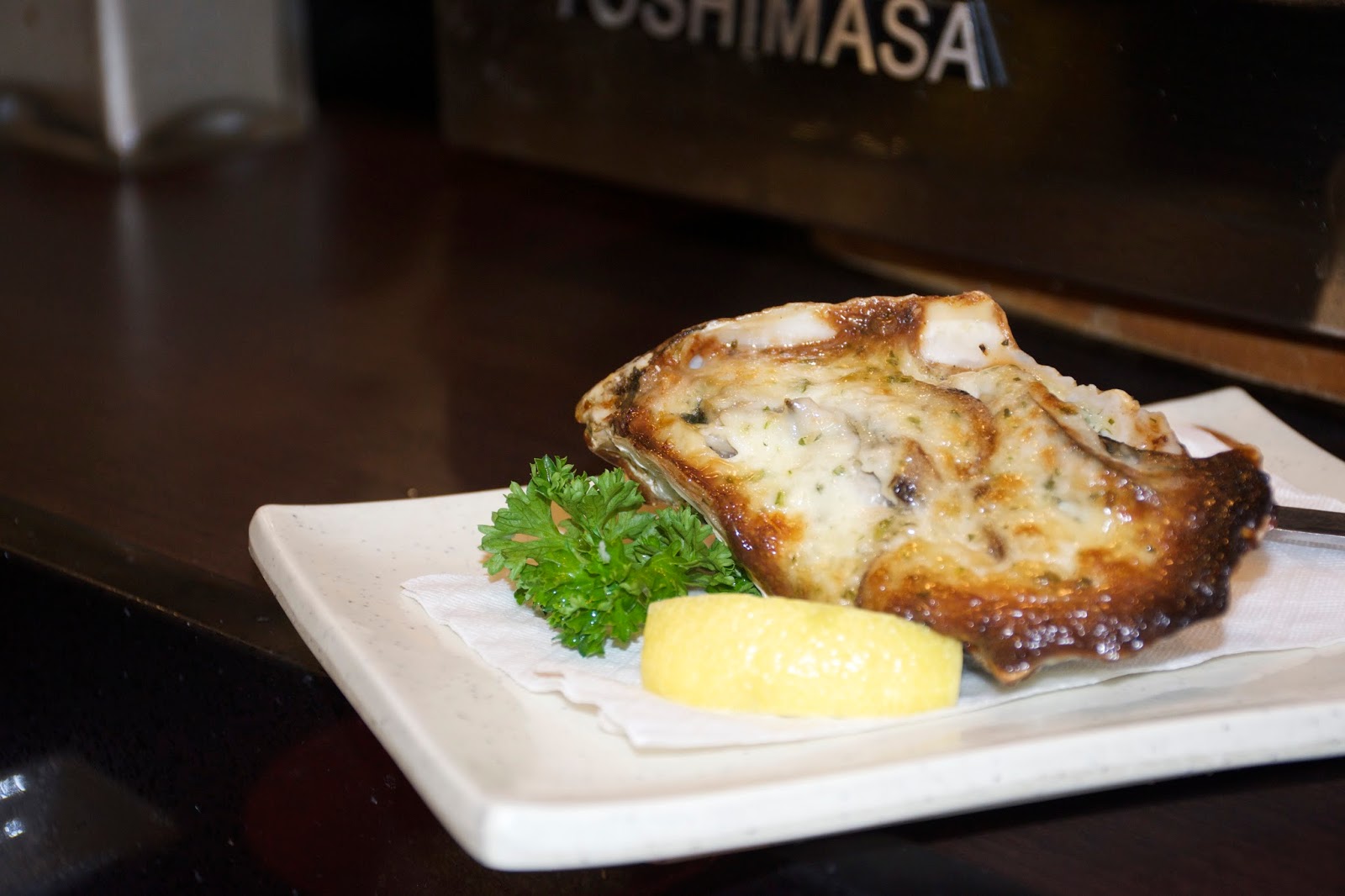 Oyster Motoyaki
2.5/5 stars
The motoyaki was topped with a heavy layer of butter and japanese mayo. Really flavourful, and the addition of spinach added a little something extra. The oyster was nicely charred at the corners which came it an extra layer of smokey flavour. 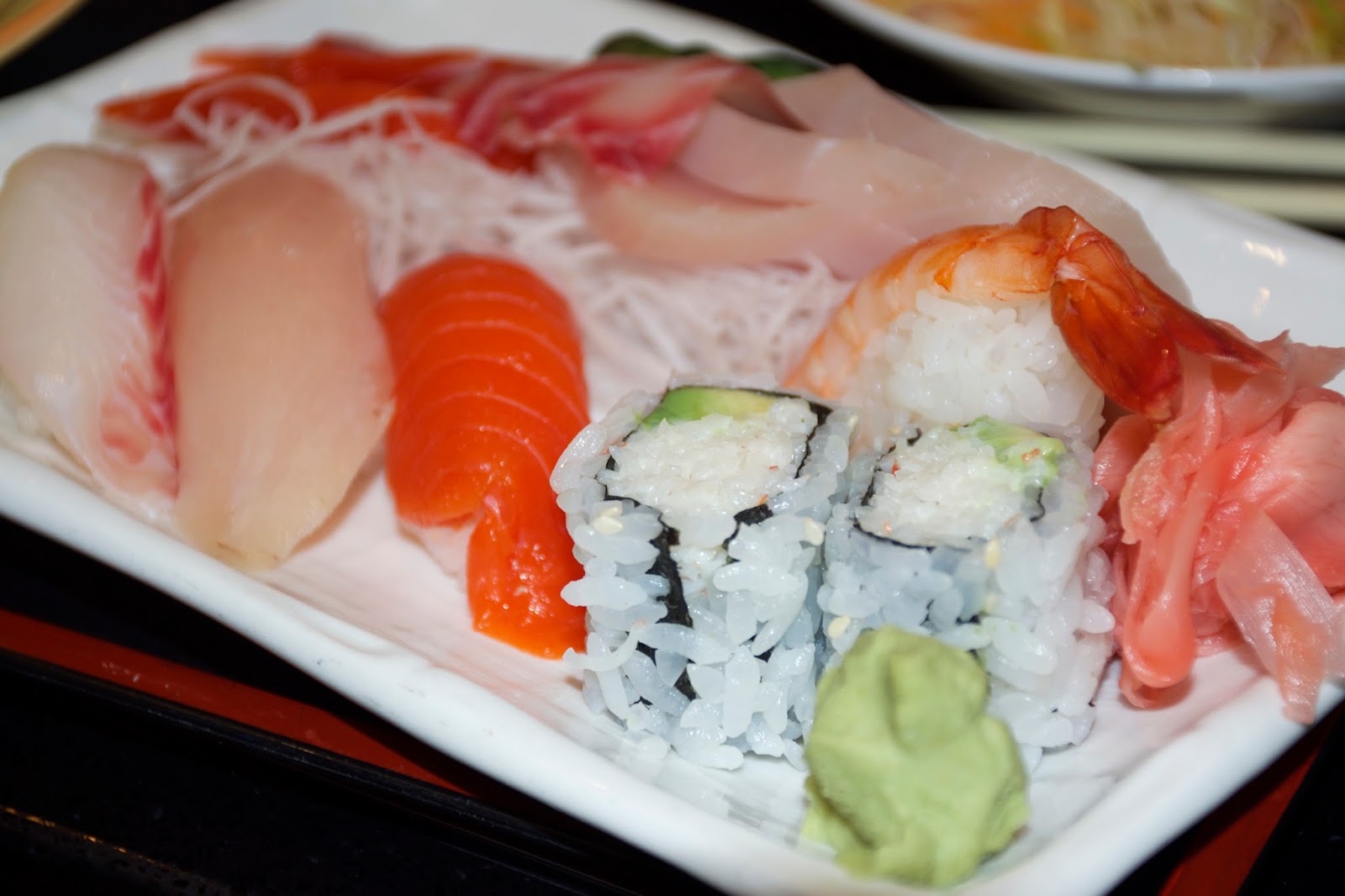 California Roll
3/5 stars
The combo also came with two small pieces of their california roll! The avocado they used was fresh, and the imitation crab meat was firm and not mushy. It was light on the mayo and not overly sweet! 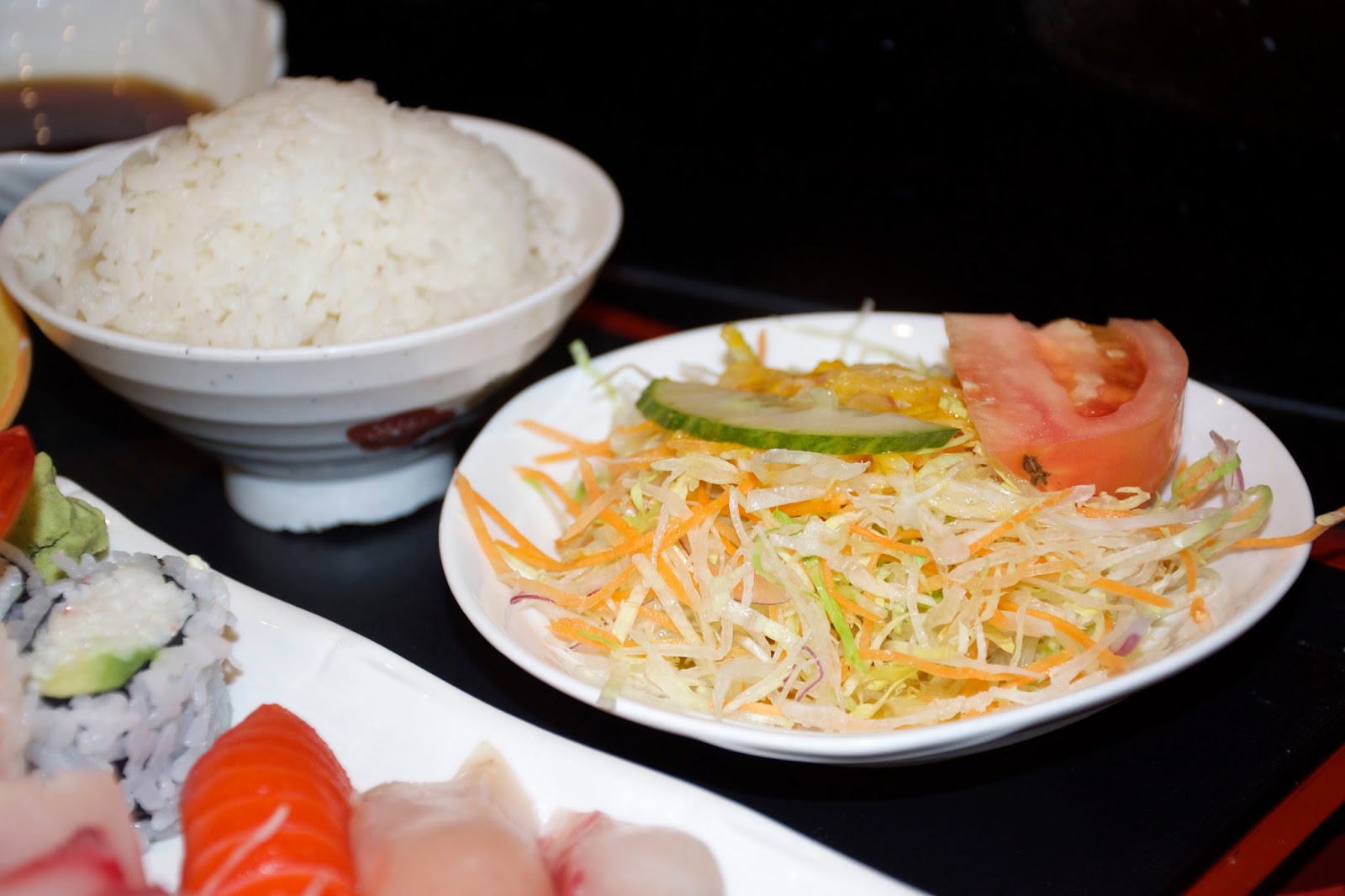 Salad
2/5 stars
The dressing they use is pretty generic with a heavy sesame/vinegar profile. I liked how they chopped up the veggies into slivers as opposed to huge chunks of lettuce, which made it a lot easier to eat! 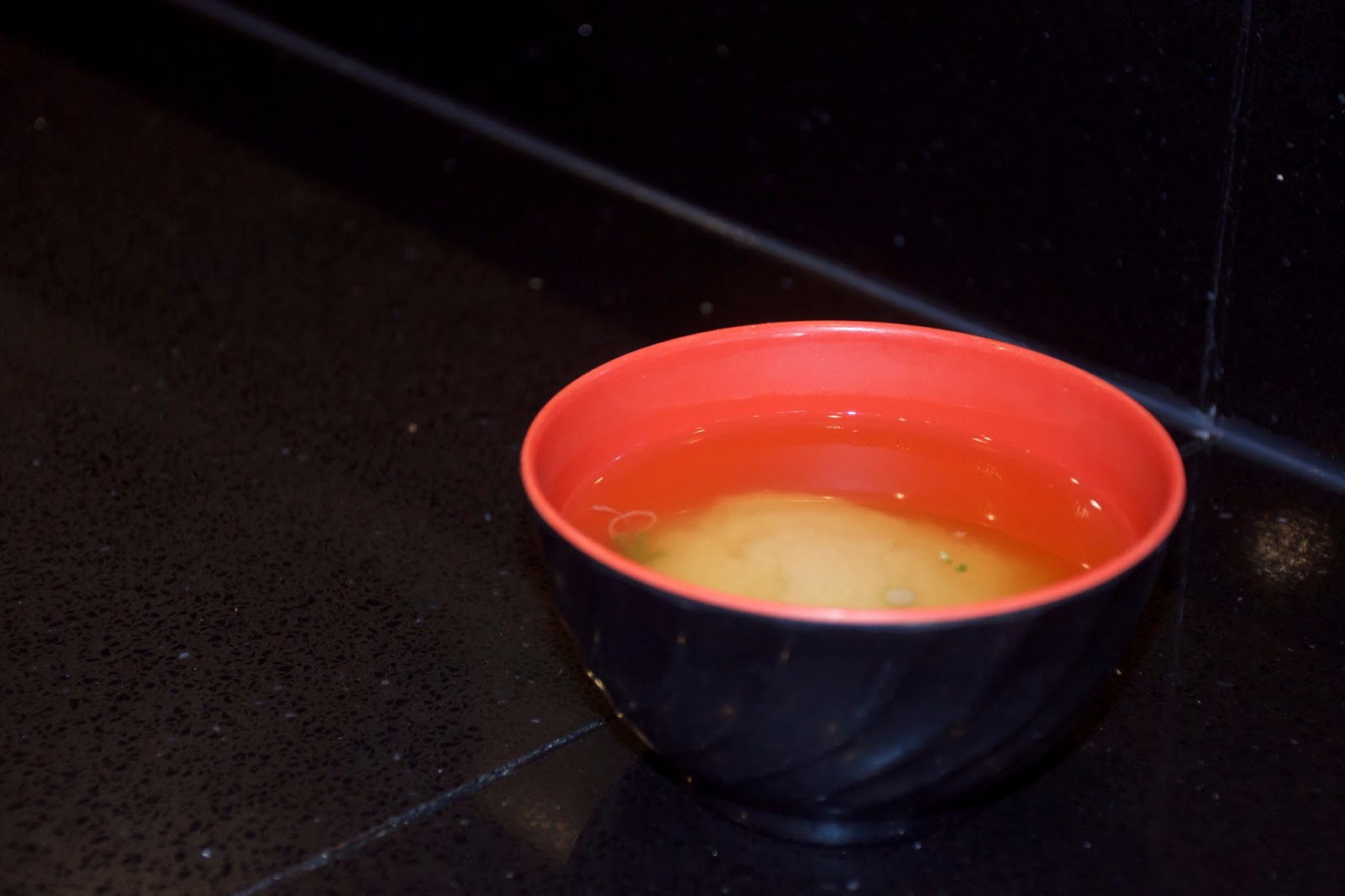 Miso Soup
3/5 stars
The miso soup was pretty enjoyable as well! It had depth to it, without being over the top, in your face. There was a ton of tofu chunks in there too!