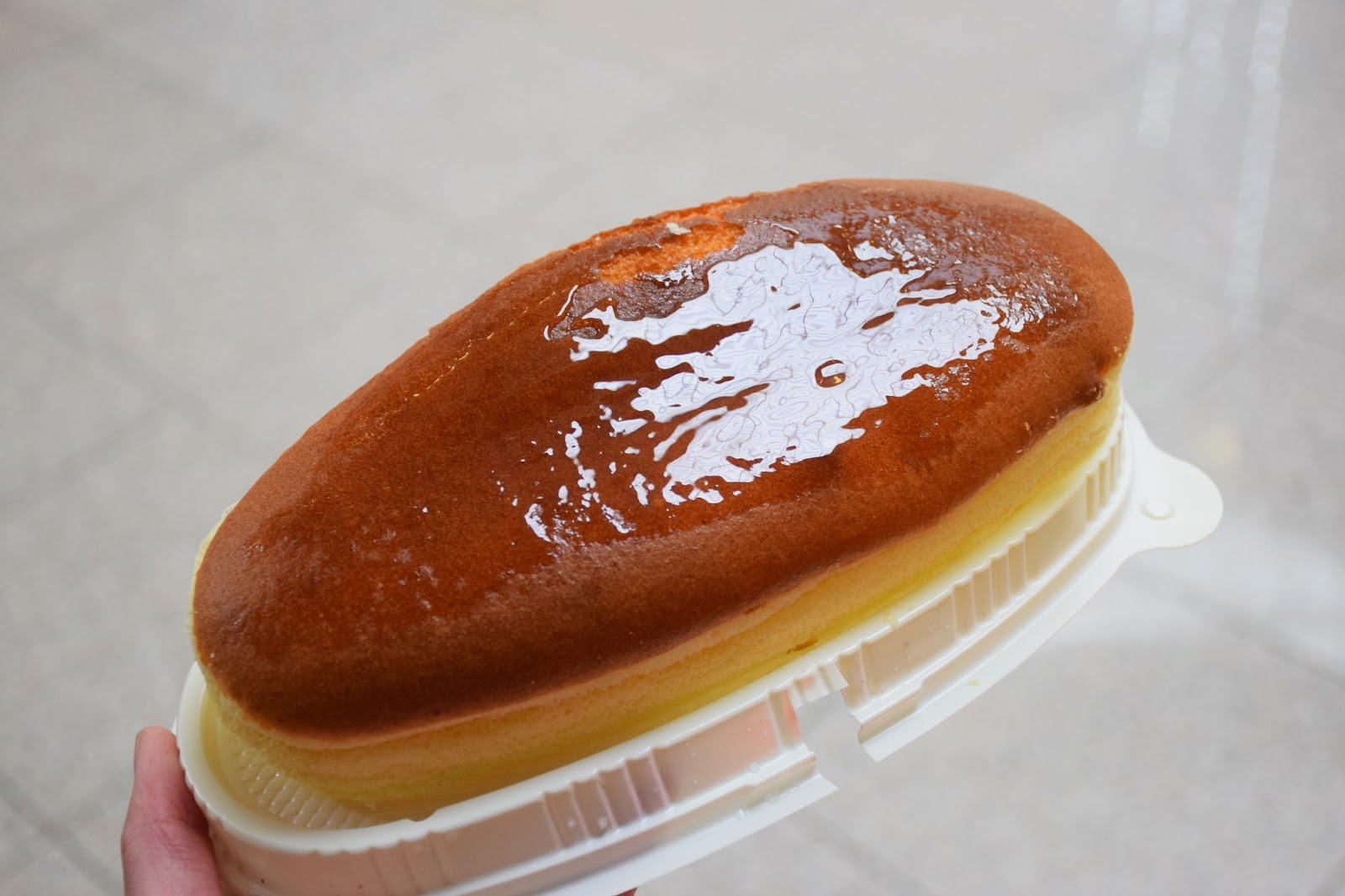 As some of you may know I didn't go out yesterday or the day before because I got food poisoning LOLOL from eating leftover rice...so I spent the entire day ALONEE at home *cries*. My mom did come and make me some belly warming beef stew yesterday which I gobbled up and she even brought me cheesecake and creme brulee from T&T haha! But then she left...and I was all alone again :( I actually can't wait for school to start on Tuesday...oh wait, no I don't, I have 2 midterms then LOL!

So sorryy I don't have any restaurant type reviews to show you guys today! But I am going out for lunch today, so I'll be back to my regular posting schedule tomorrowww and for the rest of the week! yay! :)

In the meantime, here's a post about Maple Castella, one of my favourite Taiwanese bakeries in Richmond!! They're located in Admiralty Centre, the small asian mall across from Bubble Queen! They're so popular that you have to pre order some of their items because they sell out so quickly! Sorry I didn't get a storefront photo :(

SERVICE 4/5 stars
We actually know the family who owns Maple Castella, so they're always friendly towards us haha! But from what I've observed, they're the same way toward the other people in the shop!

AMBIANCE - Casual
The store is really small, and they have racks along the walls which display the assortment of breads they have! This place always smells REALLY good hahaha (like most bakeries do!)

PRICE - $/$$/$$$
The prices are pretty standard for a Taiwanese bakery, which most items ranging from $1.50-2.50! You can buy half of their loaves for about $7! They're actually really popular, you have to put yourself on a waiting list because they sell out fast!

One thing about Maple Castella is they're always consistent with the quality of their bread, which is great. Nothing ever tastes stale or dry! 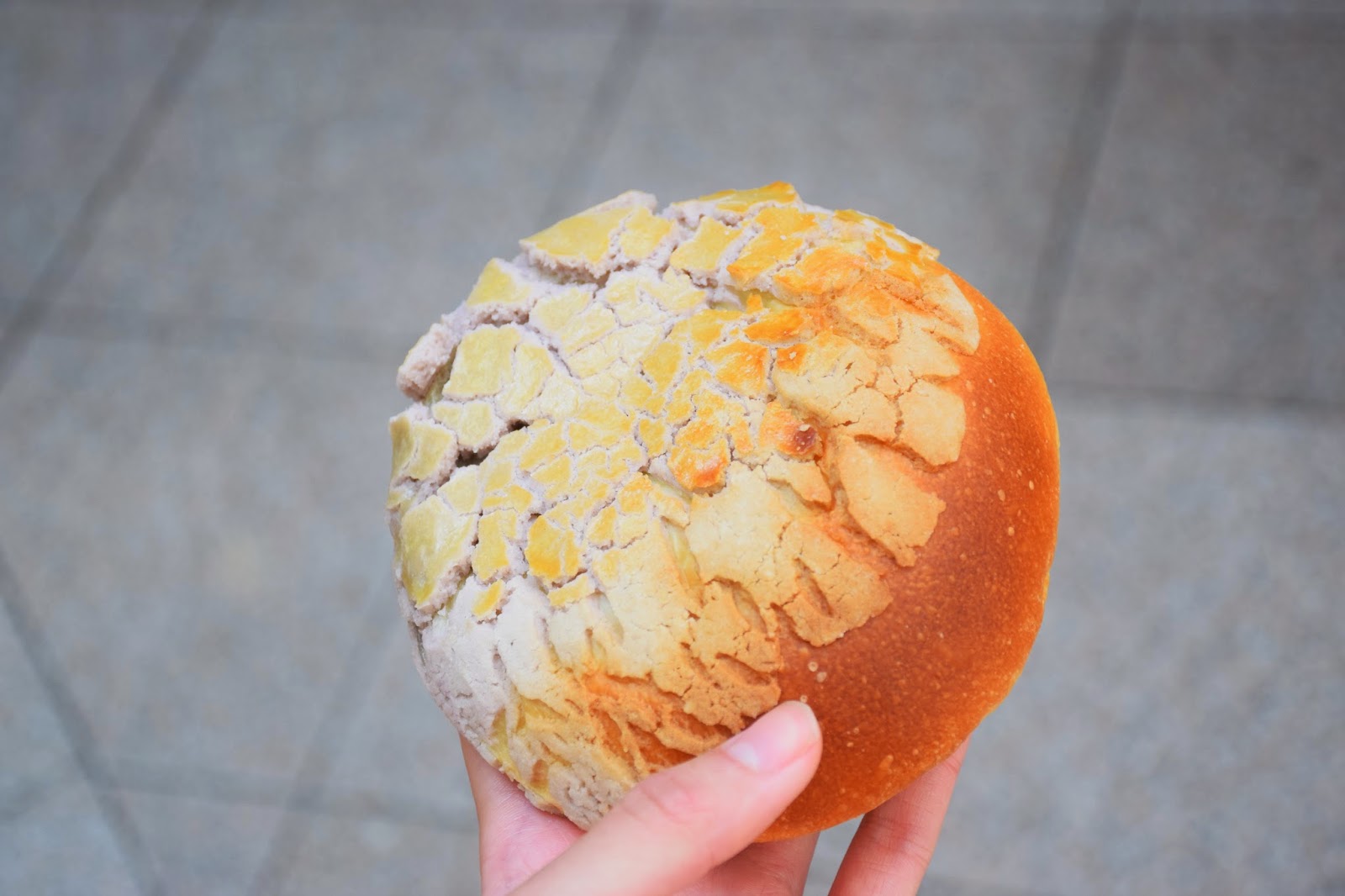 Taro Bun
3.5/5 stars
Y'all know I love everything and anything TAROO, so obviously I had to get this. This great, the outer layer had a soft, crusty shell, and it looked really cool too haha! The inside was filled with a soft, mushy taro paste that was lightly sweetened. 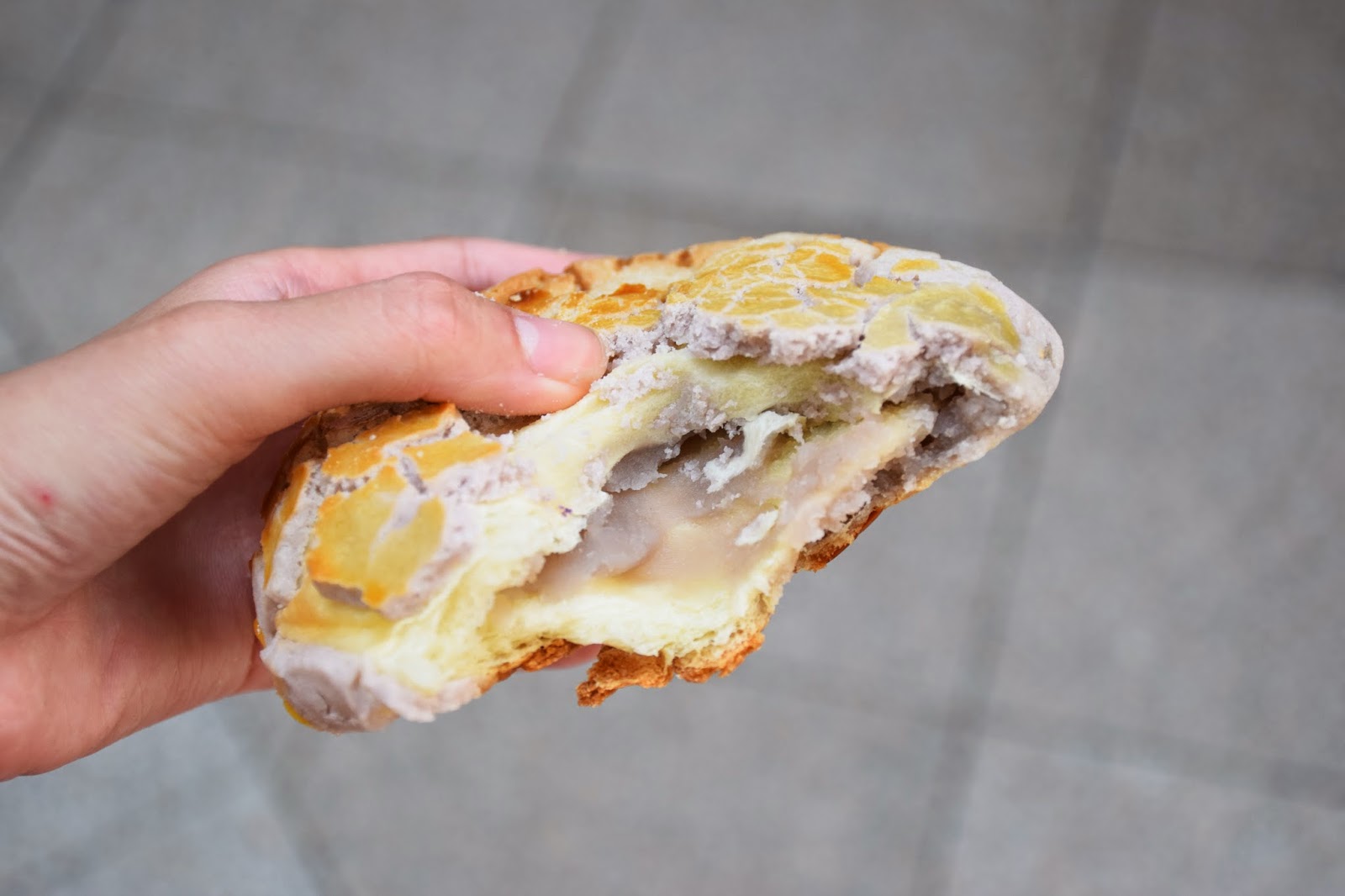 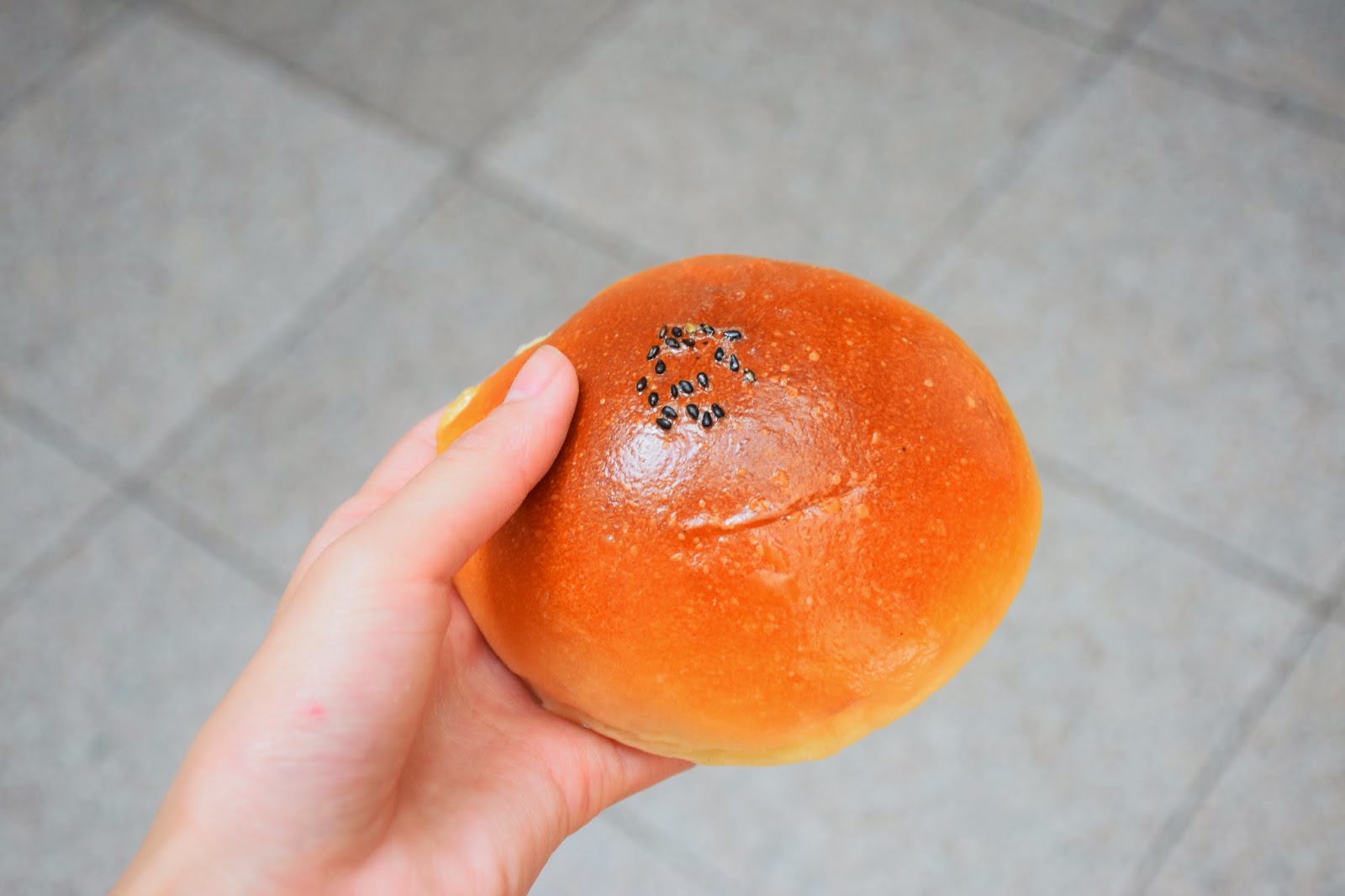 Red Bean Bun
2.5/5 stars
I use to hate red bean, but now I've taken a liking to it haha. The red bean paste in here was really mushy, and subtly sweet. The bread was the real winner here though! It was superbly soft, fluffy, and not dense at all! 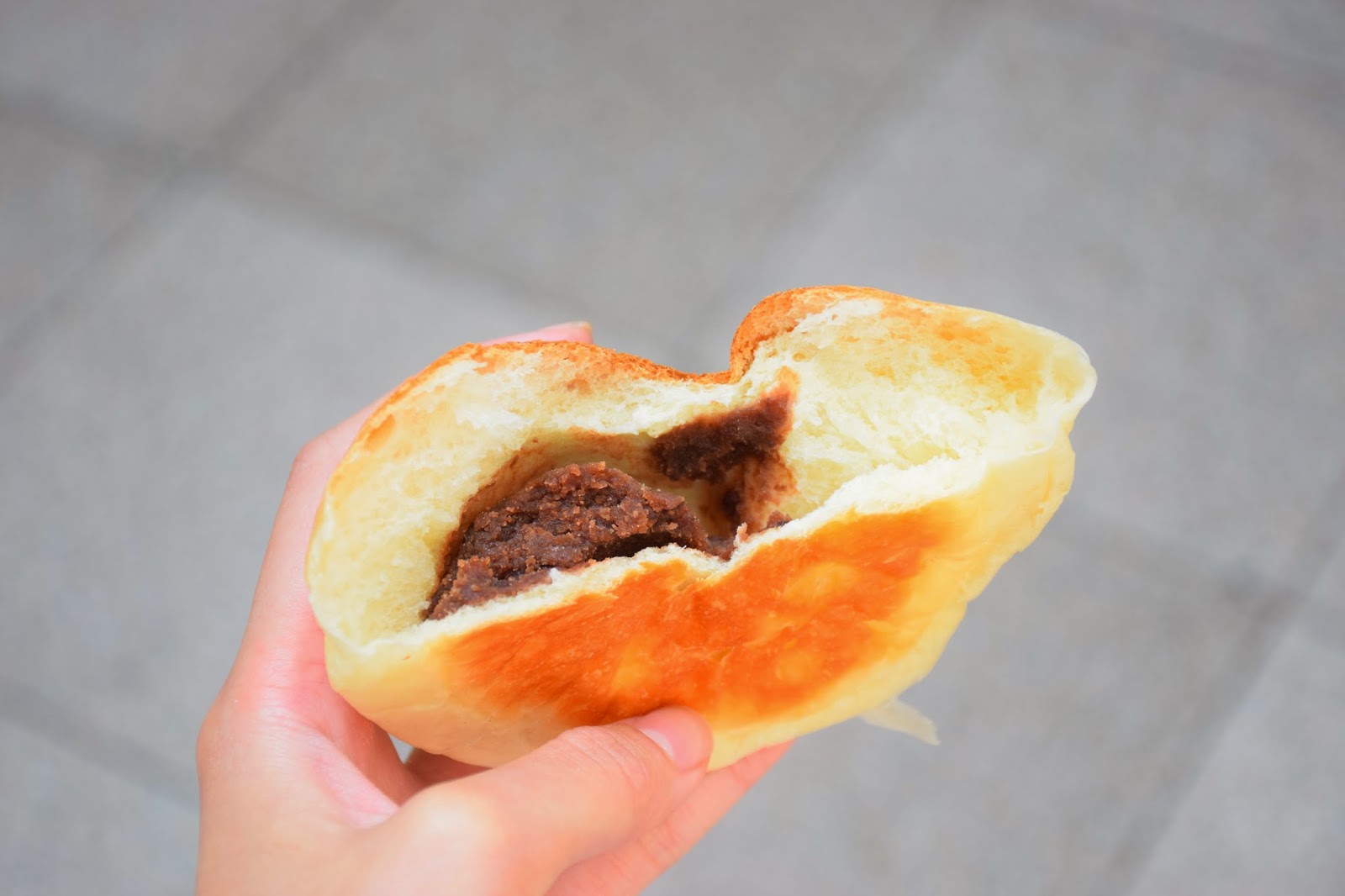 Maple Castella Cake
3/5 stars
My dad was gifted these by one of his student's! Even though this cake is named after their store, it's not their signature item lol! Their signature item is their famous Pumpkin Loaf Bread which I've tried in my pre blogging days, and from what I remember, it was awesome! I would probably give the pumpkin loaf 4/5 stars! I've also tried their blueberry bread which I would give 3/5 stars.

The maple castella cake is made out of a sponge cake base, and glazed with syrup on top! This cake was great, it was super moist, soft, with just the right amount of sweetness! 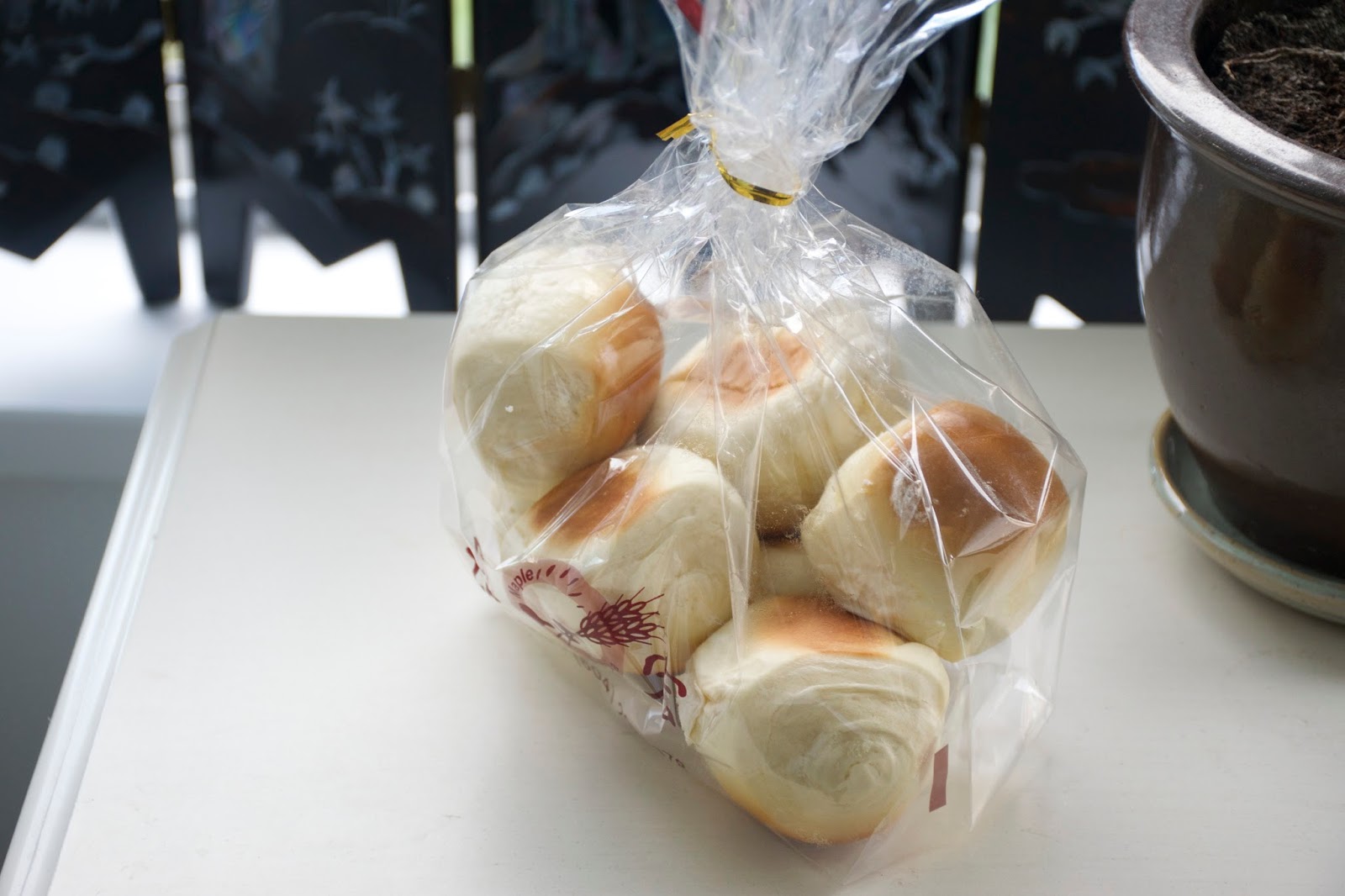 Mini Buns
2/5 stars
My dad was actually gifted these because he's friends with the owner! I thought they had a filling in them but turns out these were just plain bread buns lol. These ones weren't as fluffy and soft as their other breads, but that may be due to the fact that it's been sitting there too long haha. 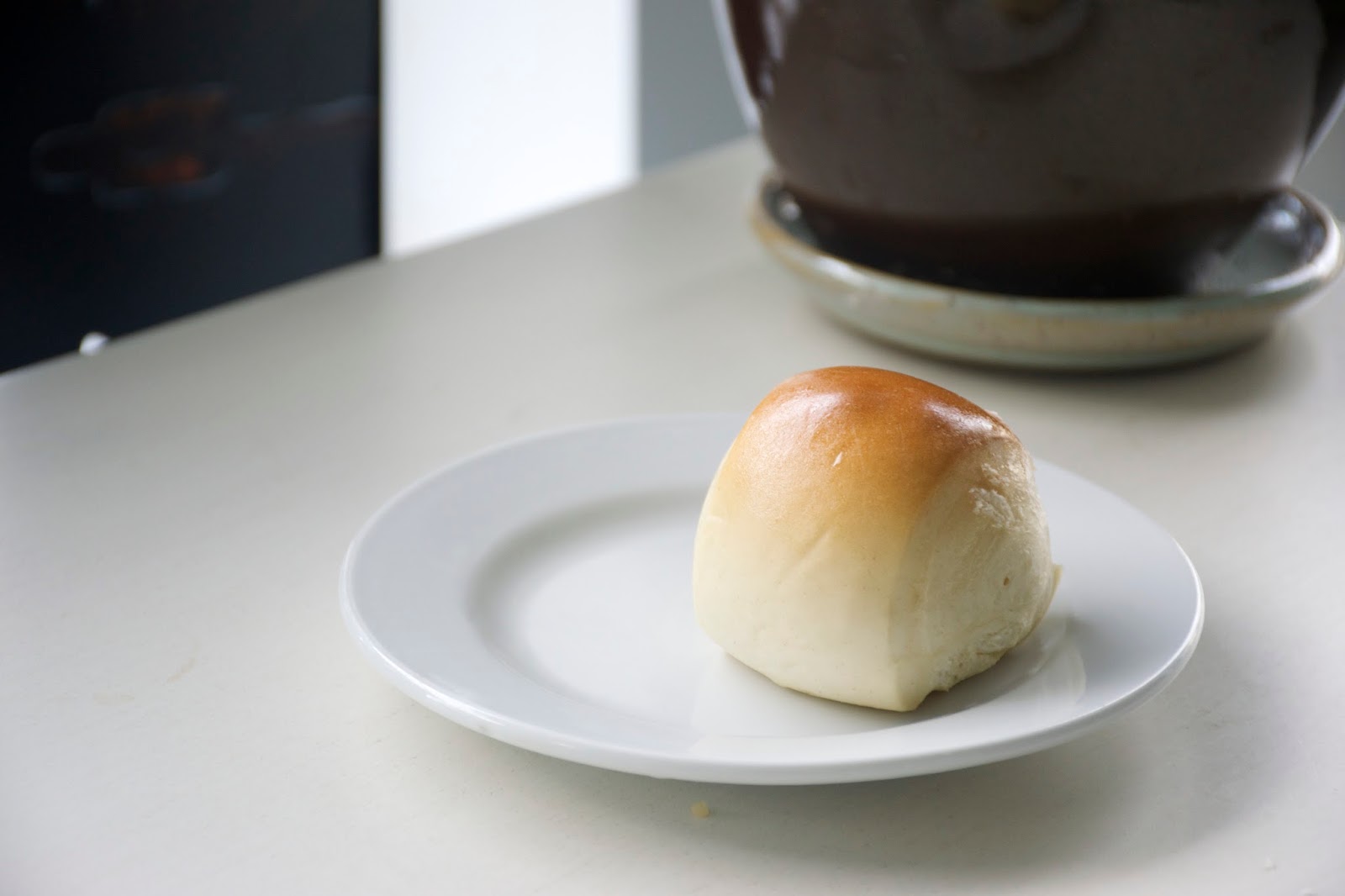 Here are some other baked goods we picked us this week! 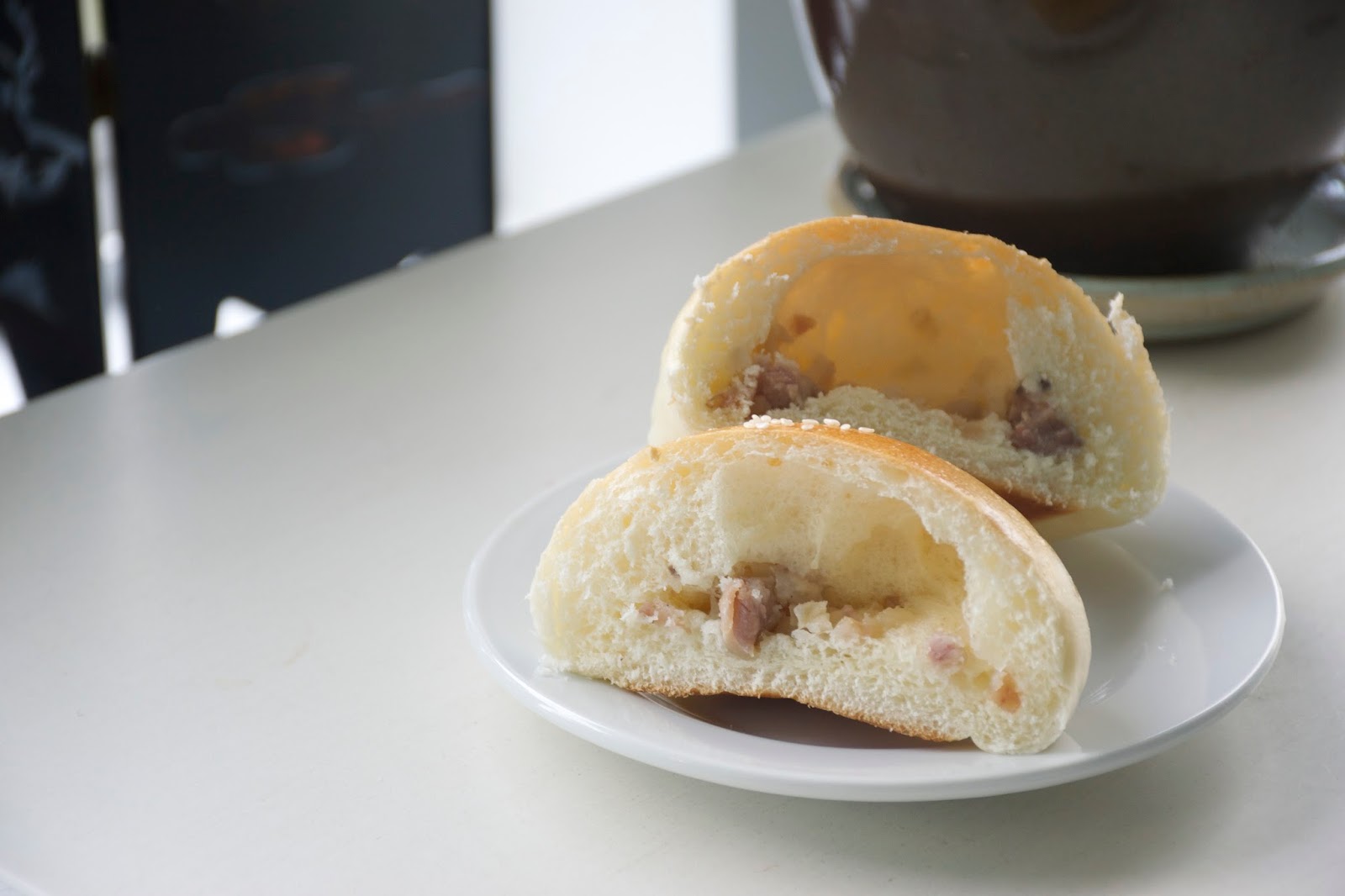 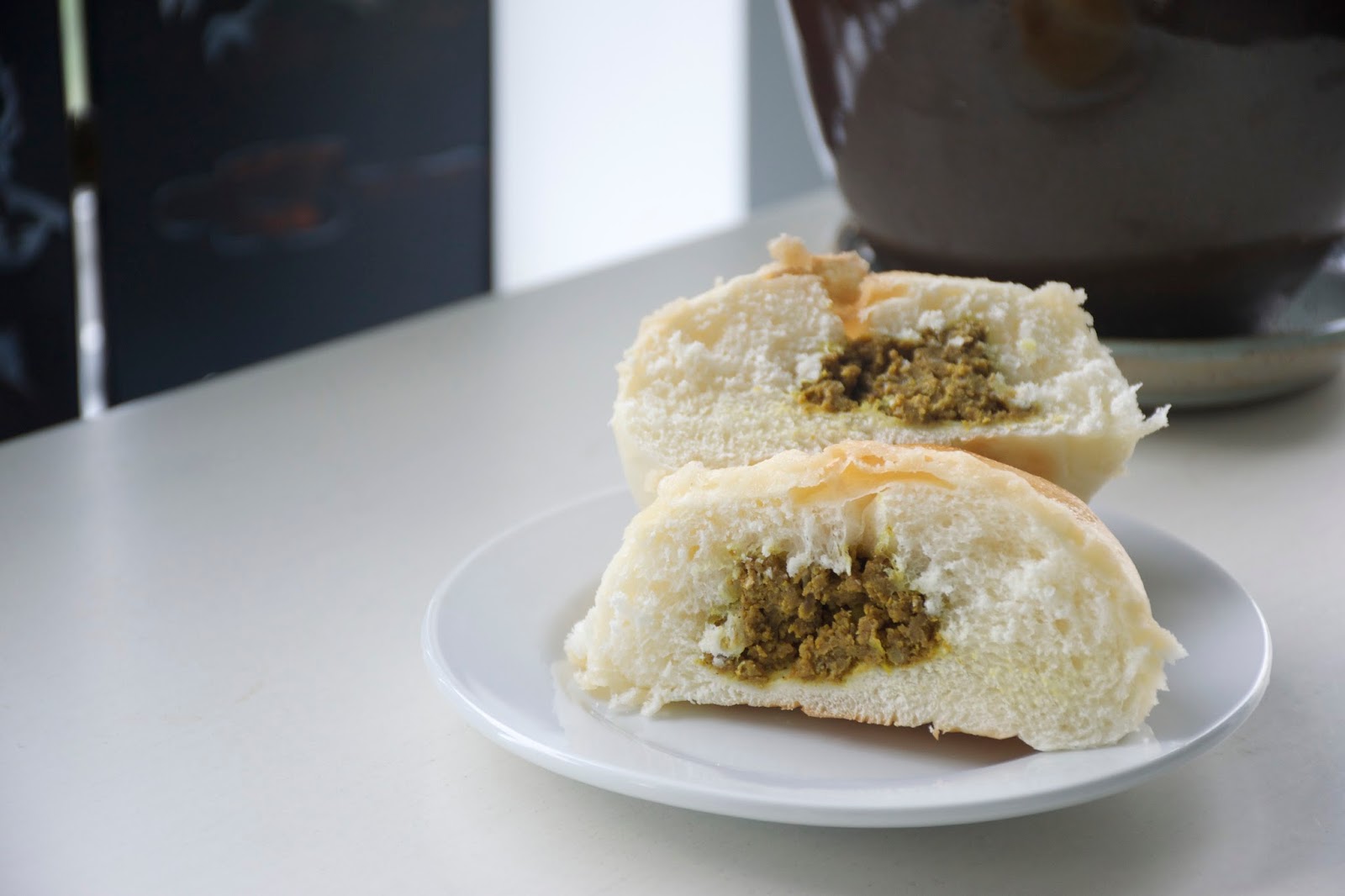 Curry Bun from Pine House Bakery
1/5 stars
Again, this was a fail. The bun was so dry and dense! The curry filling wasn't good either, the meat was really dry and lacking in flavour. It had more filling than the chicken bun though LOL 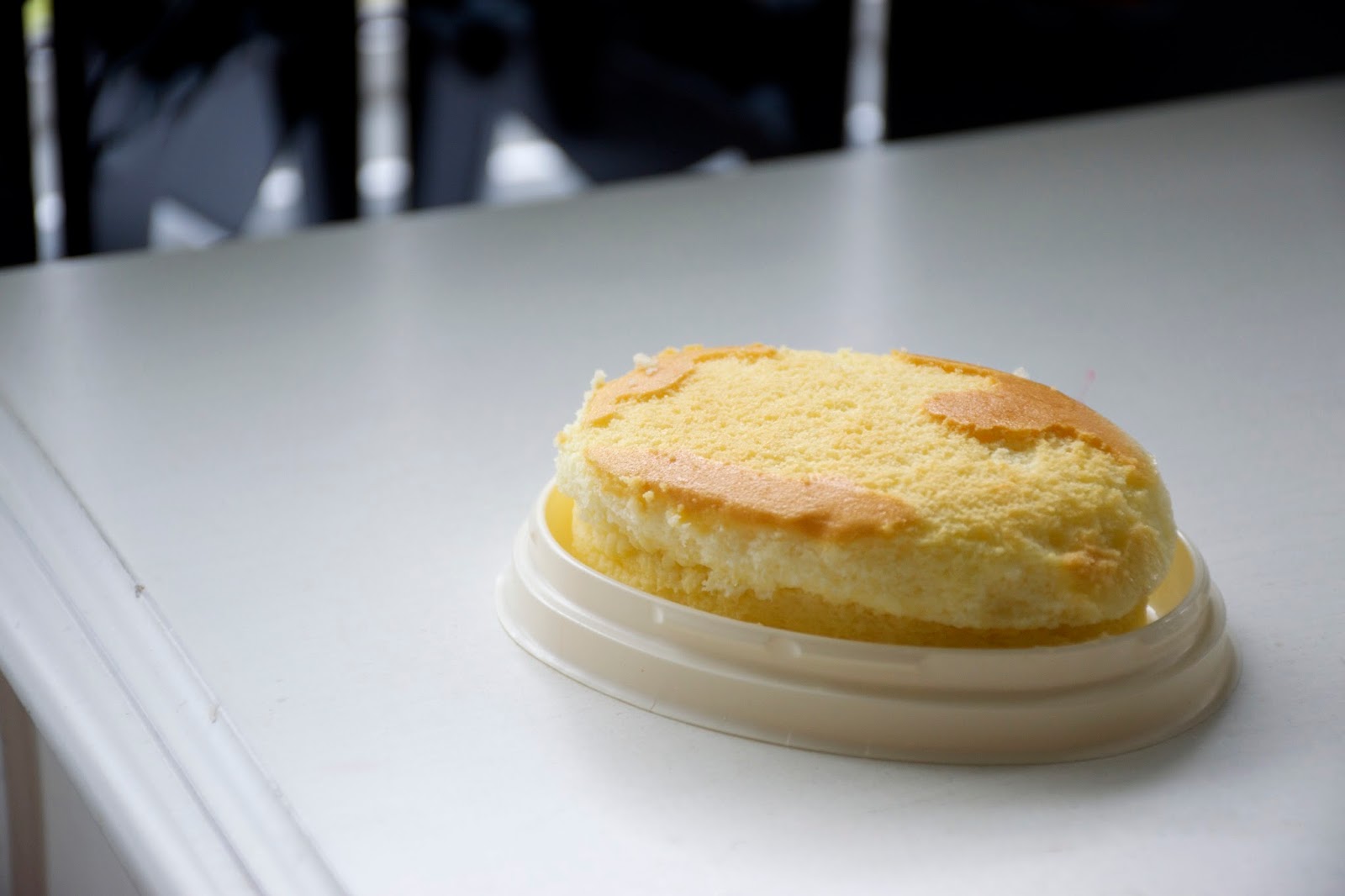 Japanese Sponge Cake from T&T
3/5 stars
LOL I took the plastic covering off of the cake, and it ruined the top! Texturally on point, but the flavour just wasn't there. It was so lightly sweetened that it was borderline BLAND. It was really moist though, and wasn't dense at all! 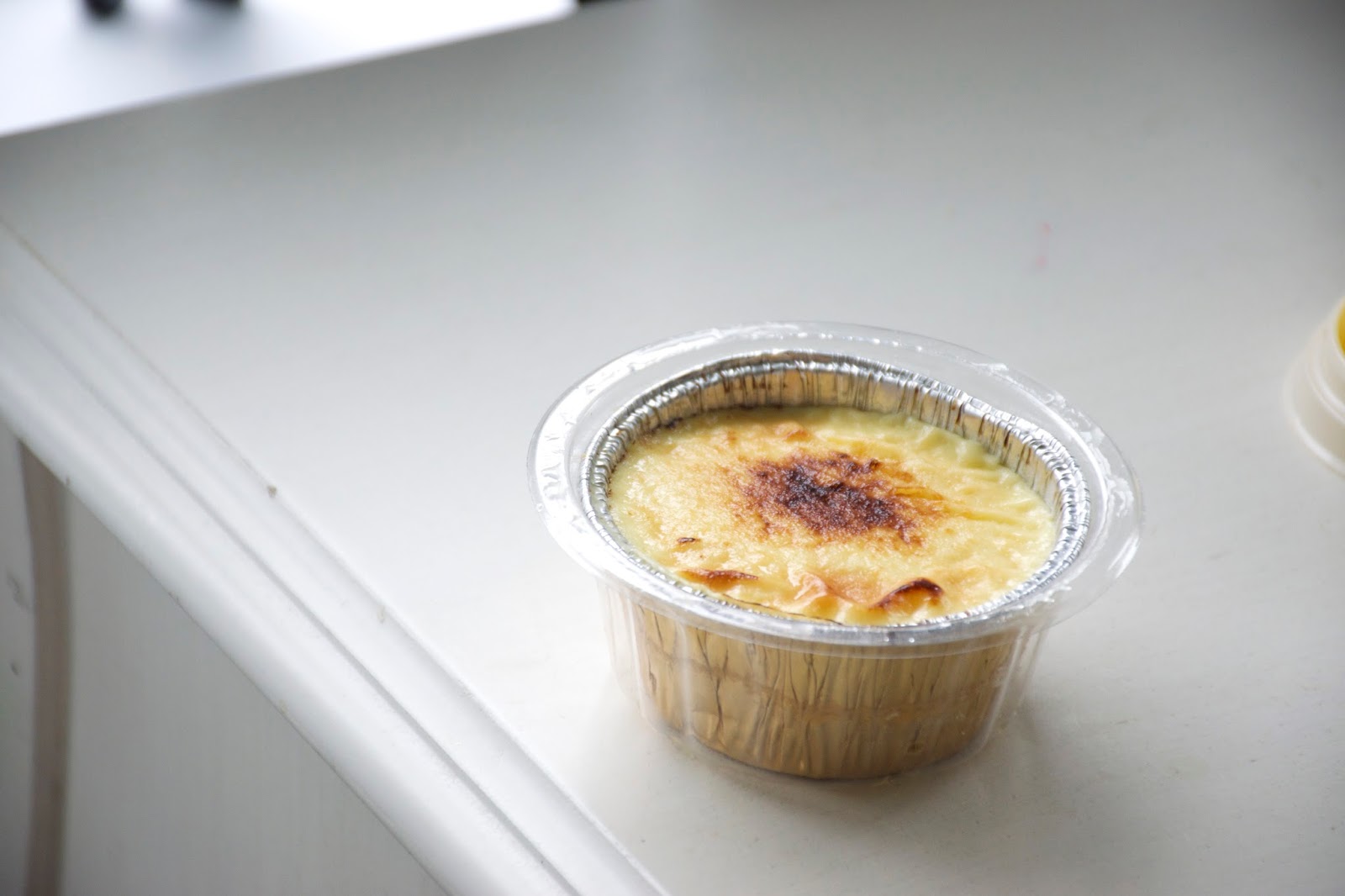 Creme Brulee from T&T
2/5 stars
Wow, what a sad looking version of creme brulee LOL. It was decent though, really smooth and creamy. Weirdly, it was almost the same texture as the cheese cake. The top had been torched which gave it a slight smokey flavour. It was really bland overall though, and not sweet enough for my preference. All I could really pick up was a strong egg flavour.