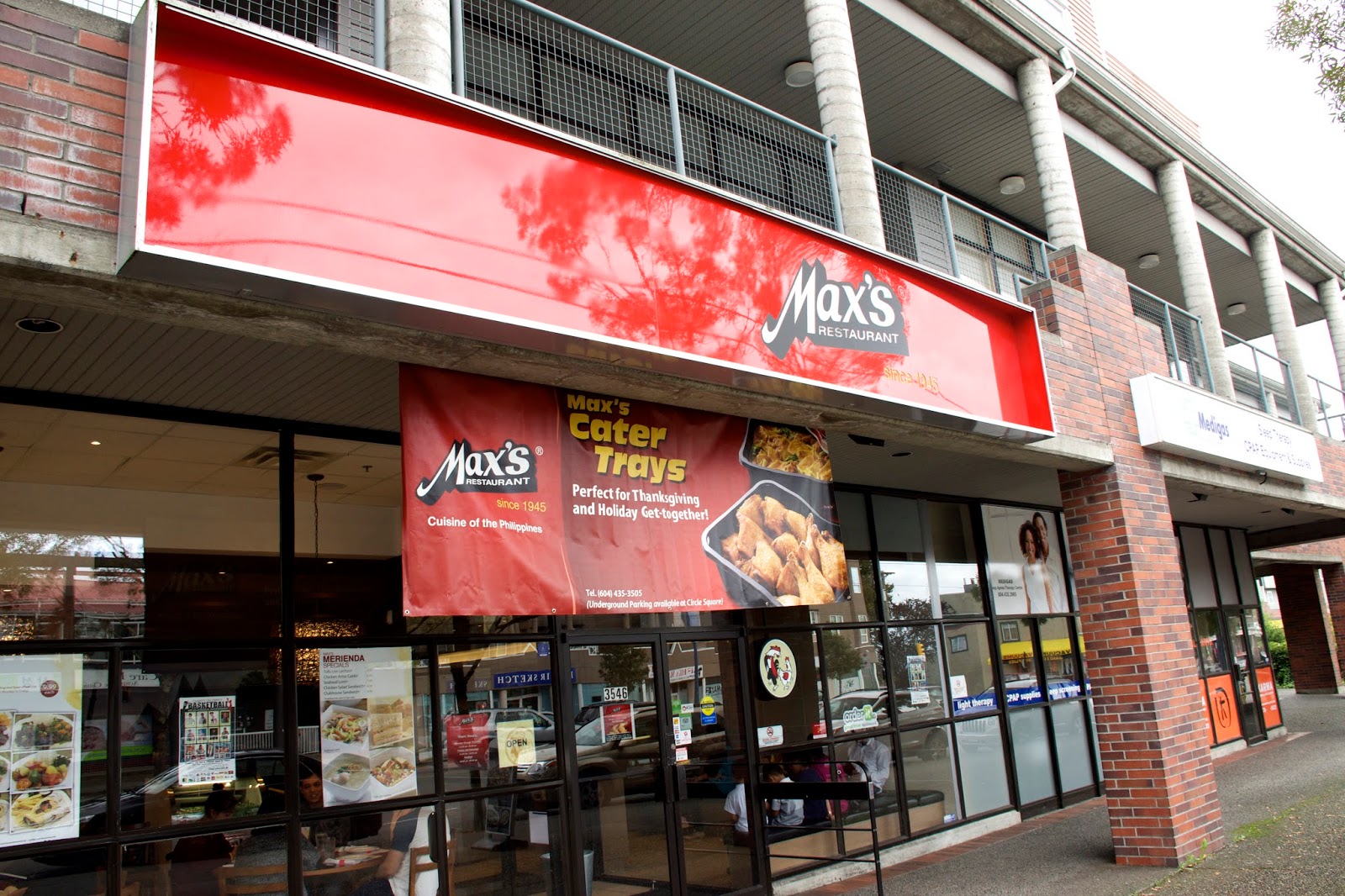 It's seriously been too long since I last had filipino food...3 weeks ago LOL!! Seriously, Filipino food has won over my heart, and my tastebuds LOL! I've totally converted my grandma, she loves filipino food now haha!! She loves going out to eat with me because we always go to places she wouldn't go with her friends! She secretly hates eating out with her friends because they always go to the same restaurants, and order the same dishes (like my dad LOL!!) and then they complain about it!! I've found that elderly chinese people aren't really open to trying new types of cuisine LOL, my other grandma thinks anything other than chinese food is disgusting and inedible! Her ways can't be changed ;)

SIGNATURE DISHES
Max's is a chain restaurant that was founded in the Phillipines in 1949 after World War 2!! Max's on Kingsway is the only Max's in BC, the only other Max's in Canada is in Toronto! They specialize in classic filipino dishes like pansit, adobo and karekare but their signature dish is their fried chicken!! They even call themselves "the house that fried chicken built!" They also have a ton of awesome filipino desserts like Halo-halo, leche flan, and buko pandan!

SERVICE 4/5 stars
We ended up having to wait about 20 mins for a table because the place was packed! Make sure you leave your name and party # with the hostess to get a table! We were seated at a 4 person table at the centre of the restaurant. The hostness was really nice and all smiles! After we were seated our waiter took our order promptly and all the food arrived at the same time, 10 mins after we had ordered! The restaurant was really busy so we had some trouble flagging down waitresses for extra plates, and napkins.

AMBIANCE - Casual
Max's is quite large, and can accommodate 100 or so people! They have booths along the wall, and round tables at the front! They also have 2 large separate rooms for hosting parties/gatherings that you have to book beforehand! There was a birthday party going on lol and they even brought out a cake and sang happy birthday!

The bathrooms were really clean, and they even have a extra unisex washing station at the entrance to the washrooms!
PRICE - $/$$/$$$
Most of the dishes at Max's range from $10- $20, which is about the same as PinPin!! They also have breakfast "log" dishes and lunch combos for about $8, which is a great deal if you're by yourself and you don't feel like ordering separate dishes!

For the price, the portion sizes are adequate. Not large by any means, but it was more than enough! We couldn't finish it and we had to pack up 1/4 of the food home!! I ate the leftovers for dinner, and I still have some left! :D 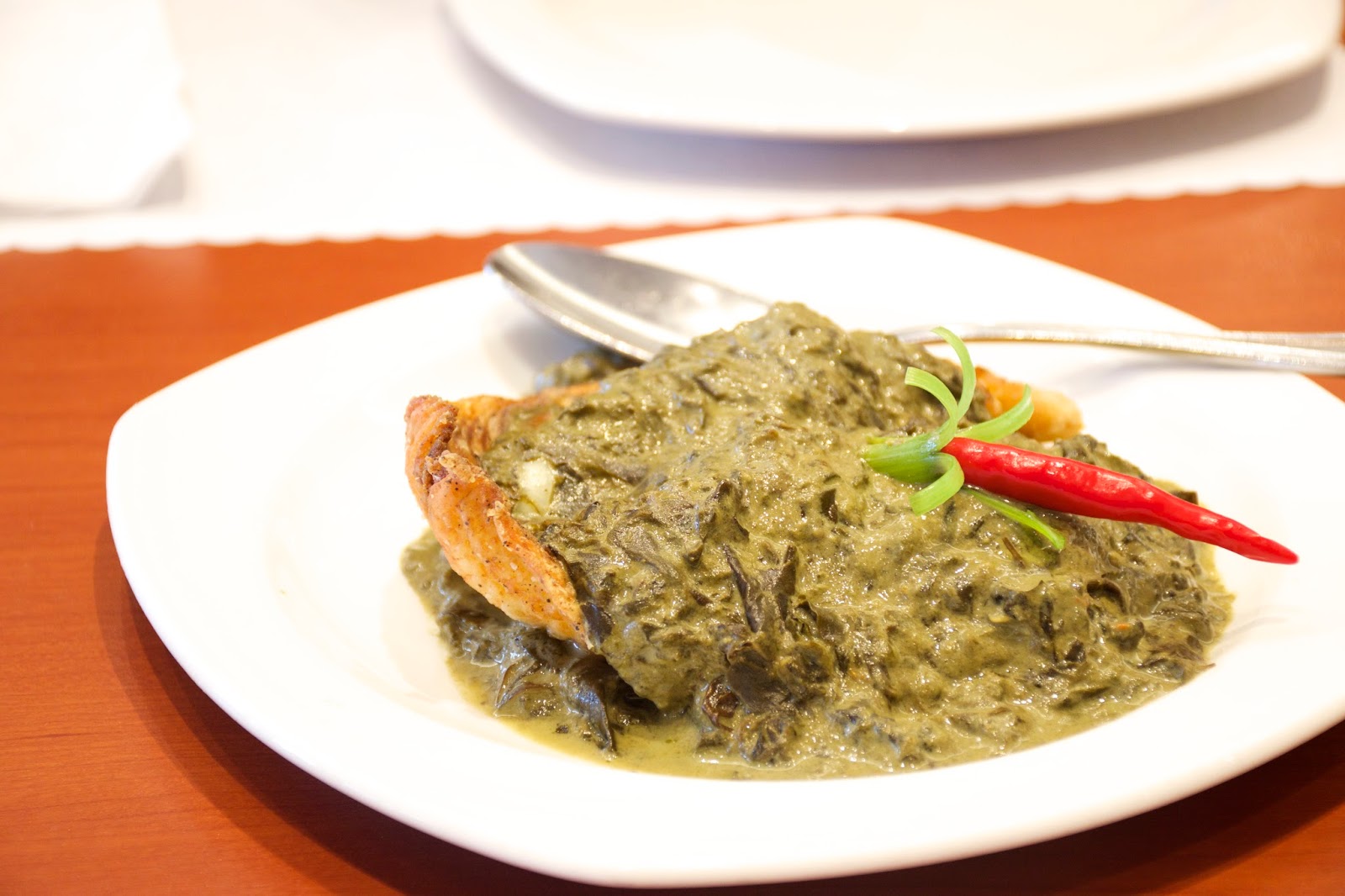 This dish was really cool and my grandma was really impressed LOL! This was my first time eating real taro leaves! The taro leaves were really soft, and mixed in a mushy, gloppy sauce that tasted like coconut milk! The fish was well cooked and wasn't fishy tasting at all! 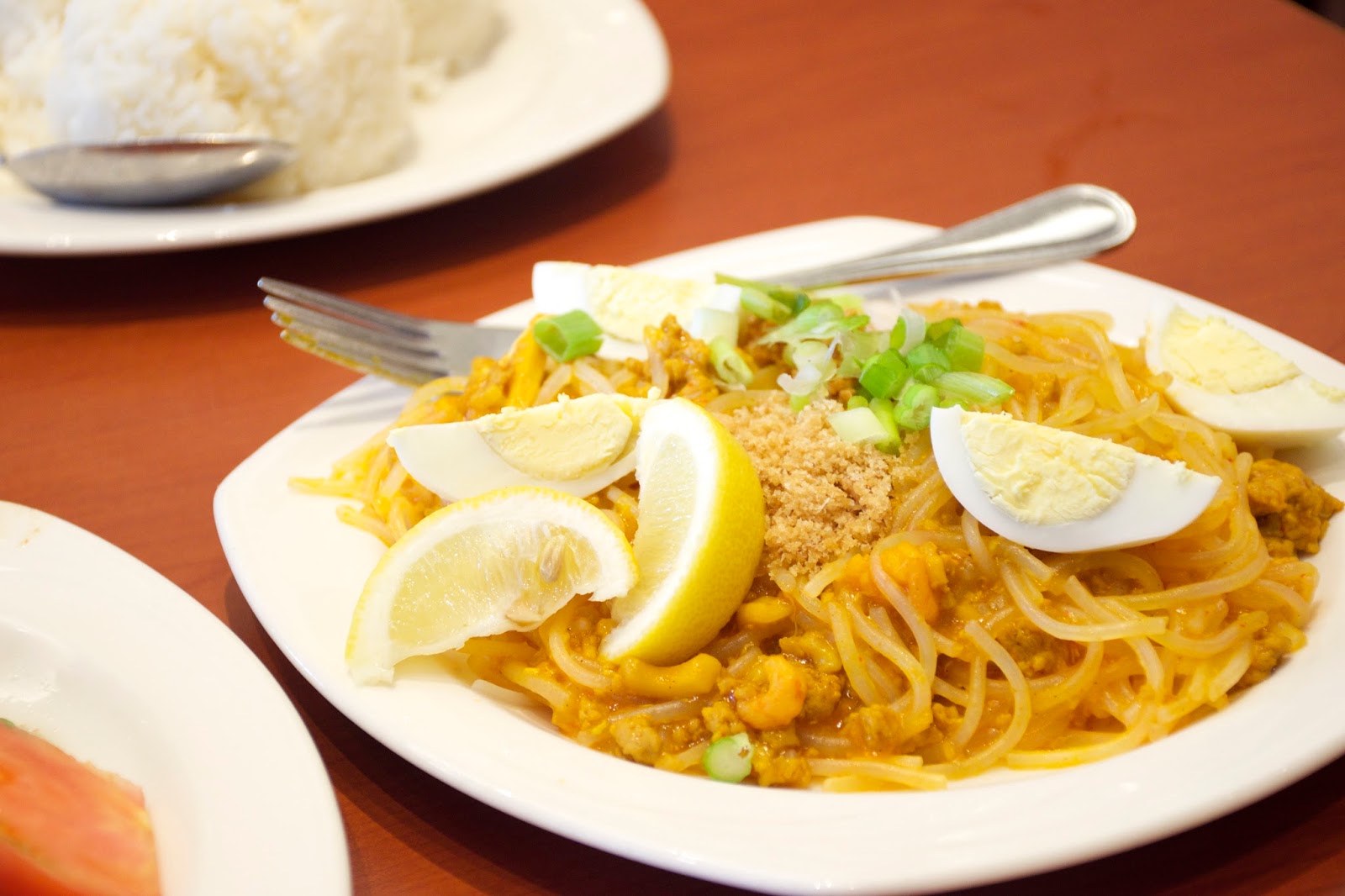 Pancit Palabok 10.99
3/5 stars
This was recommended by a reader, Ryan!! Shoutouttt to Ryan, thanks for the recommendation!! The noodles were super bouncy and "q" LOL! If you speak mandarin you'll know what I mean by "q." Q is used to described food that has bite! The dish was mixed with a tasty shrimp and pork based sauce! As with most pancits, it came with some lemon on the side for you to squirt on your noodles! 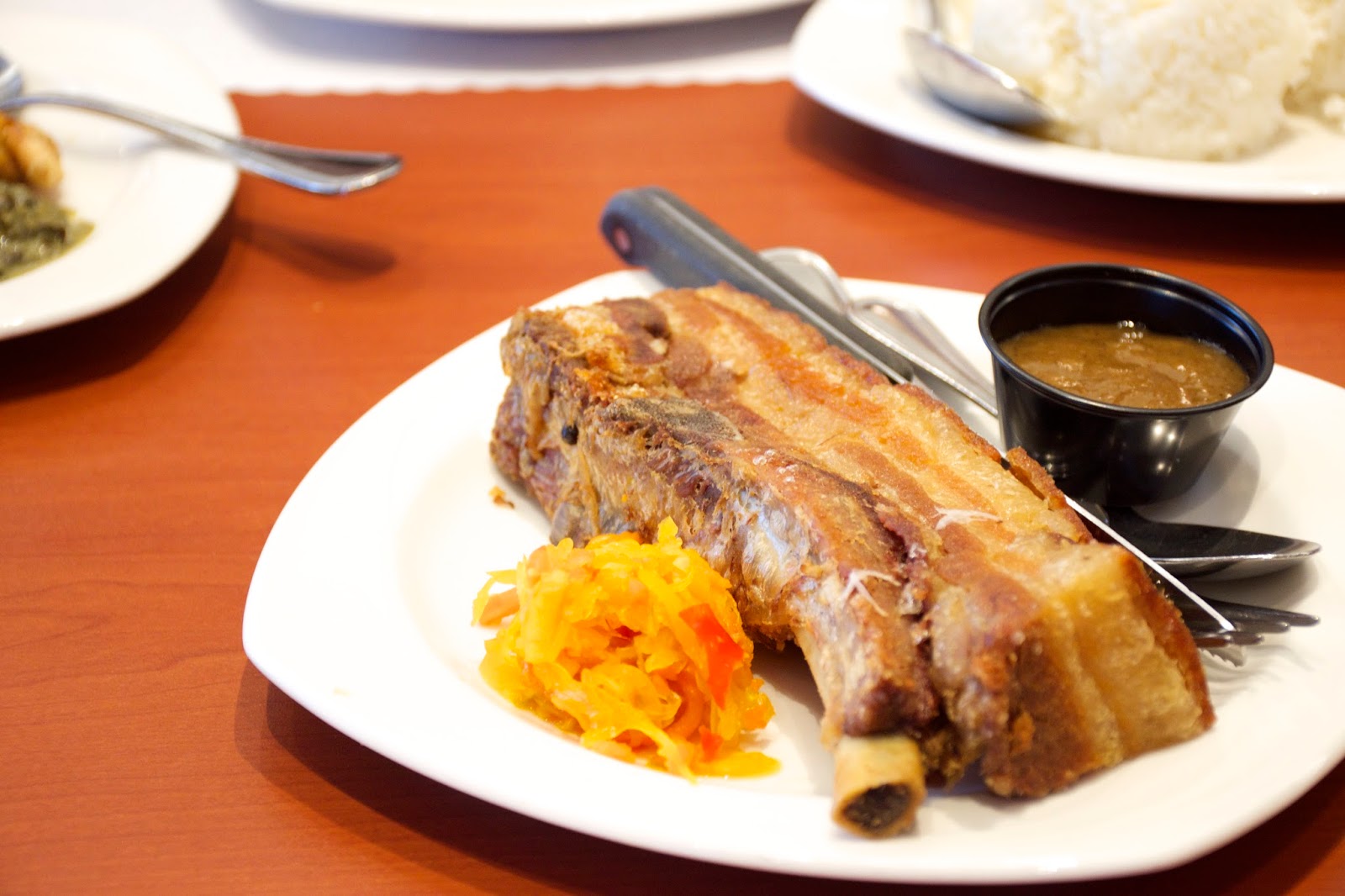 Lechon Kawali 14.99
4/5 stars
This was delicious!! My grandma said this was the best roast pork she's ever had lol! The lechon had the perfect amount of fat and even the lean pieces were tender! The skin was amazingly crispy and crackled when I bit into it! It came with a sweet-savoury sauce on the side which was the perfect compliment to the dish! 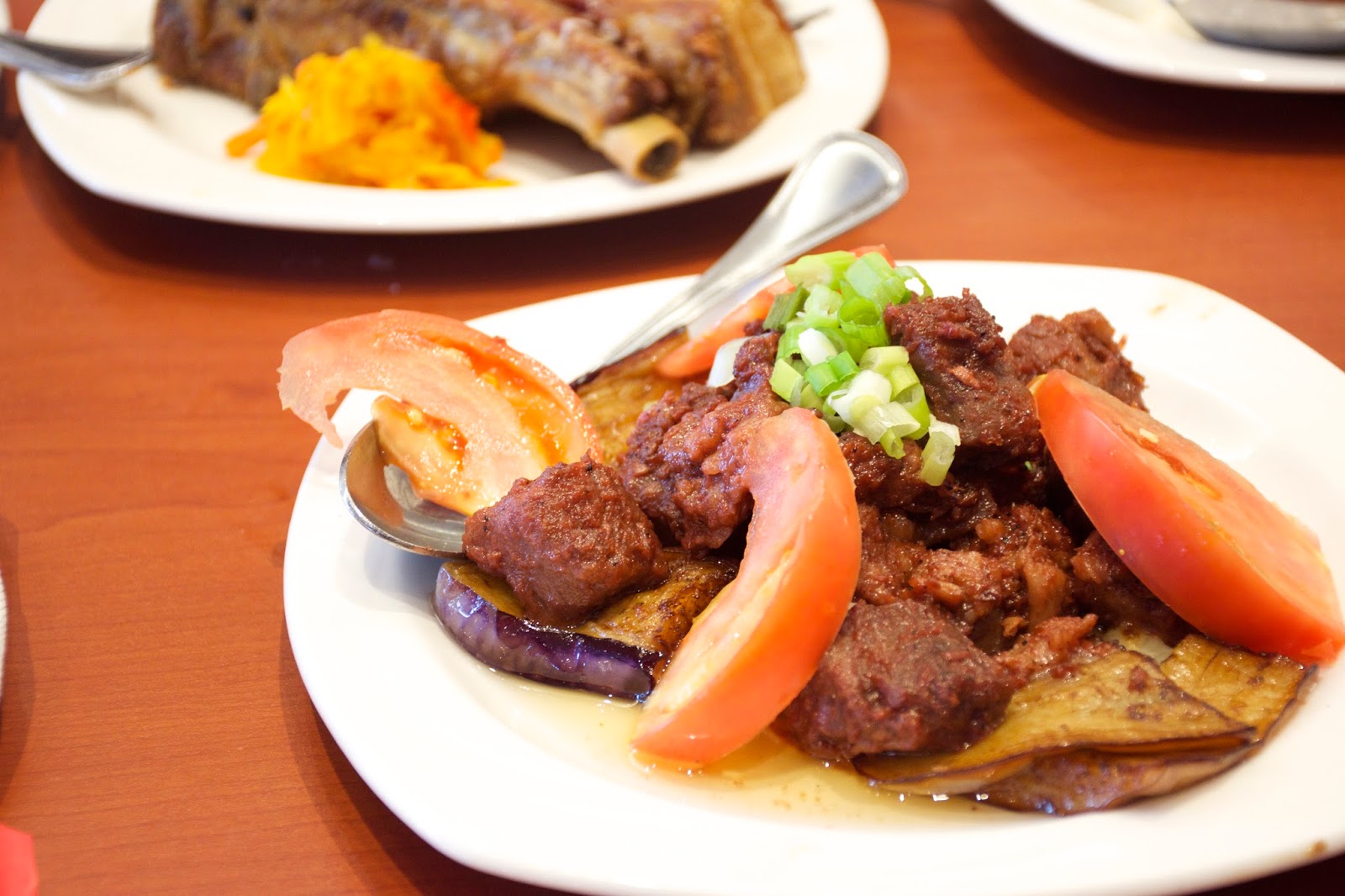 Pork Bagoon $11.99
4.5/5 stars
This was awesome!! Definitely our favourite dish of the meal! My grandma couldn't stop talking how about how good this was lol! What really made the dish was the sauce. It was sweet-savoury, with a heavy shrimp paste flavour! Definitely on the saltier side, which I didn't mind. The eggplant was super soft and had soaked up a ton of flavour from the sauce and the tomato slices tasted really fresh! 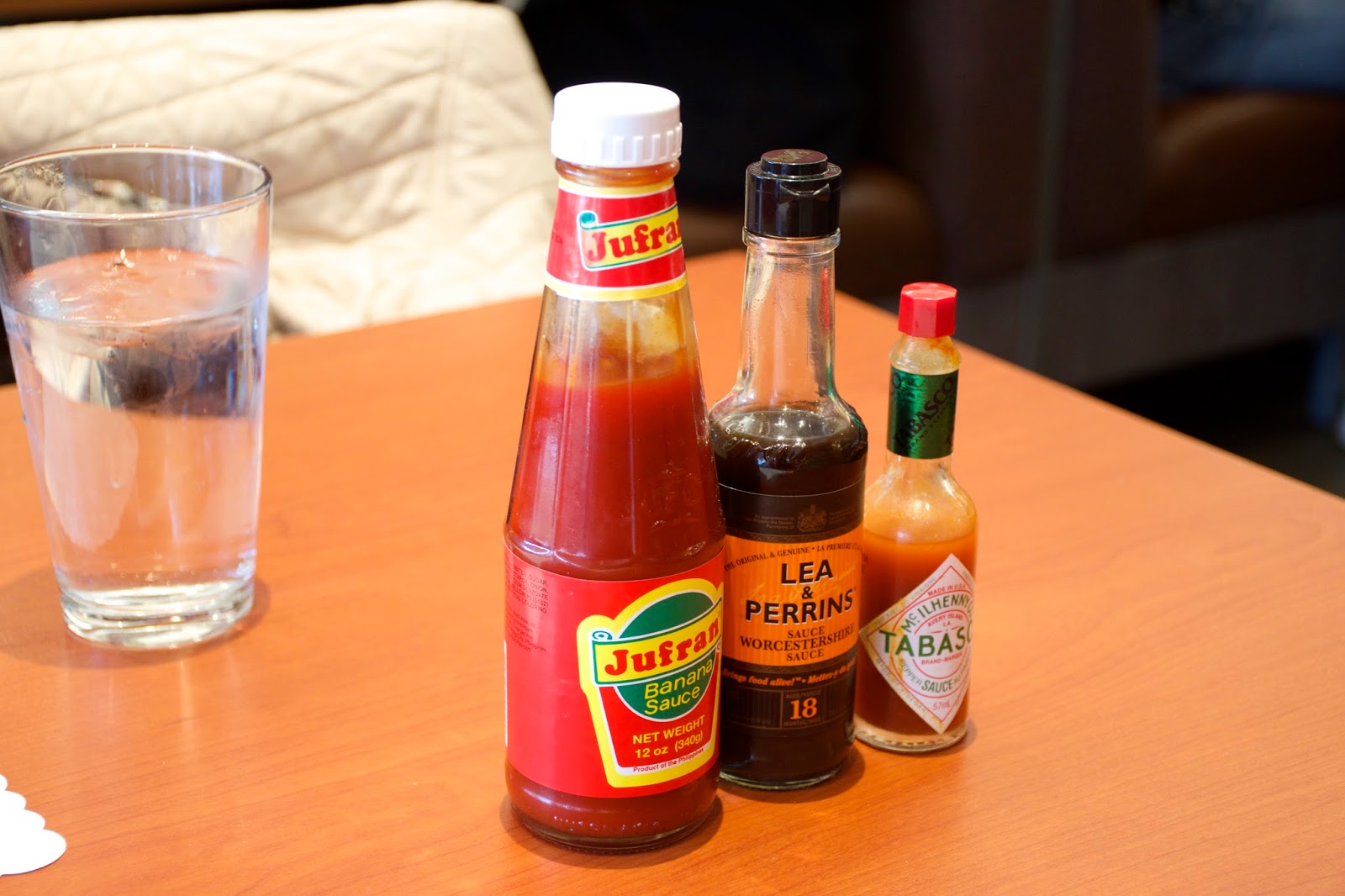 Banana sauce is a filipino staple! It was awesomeee: sweet, sour, banana-ey, with just a hint of spice at the end! :D 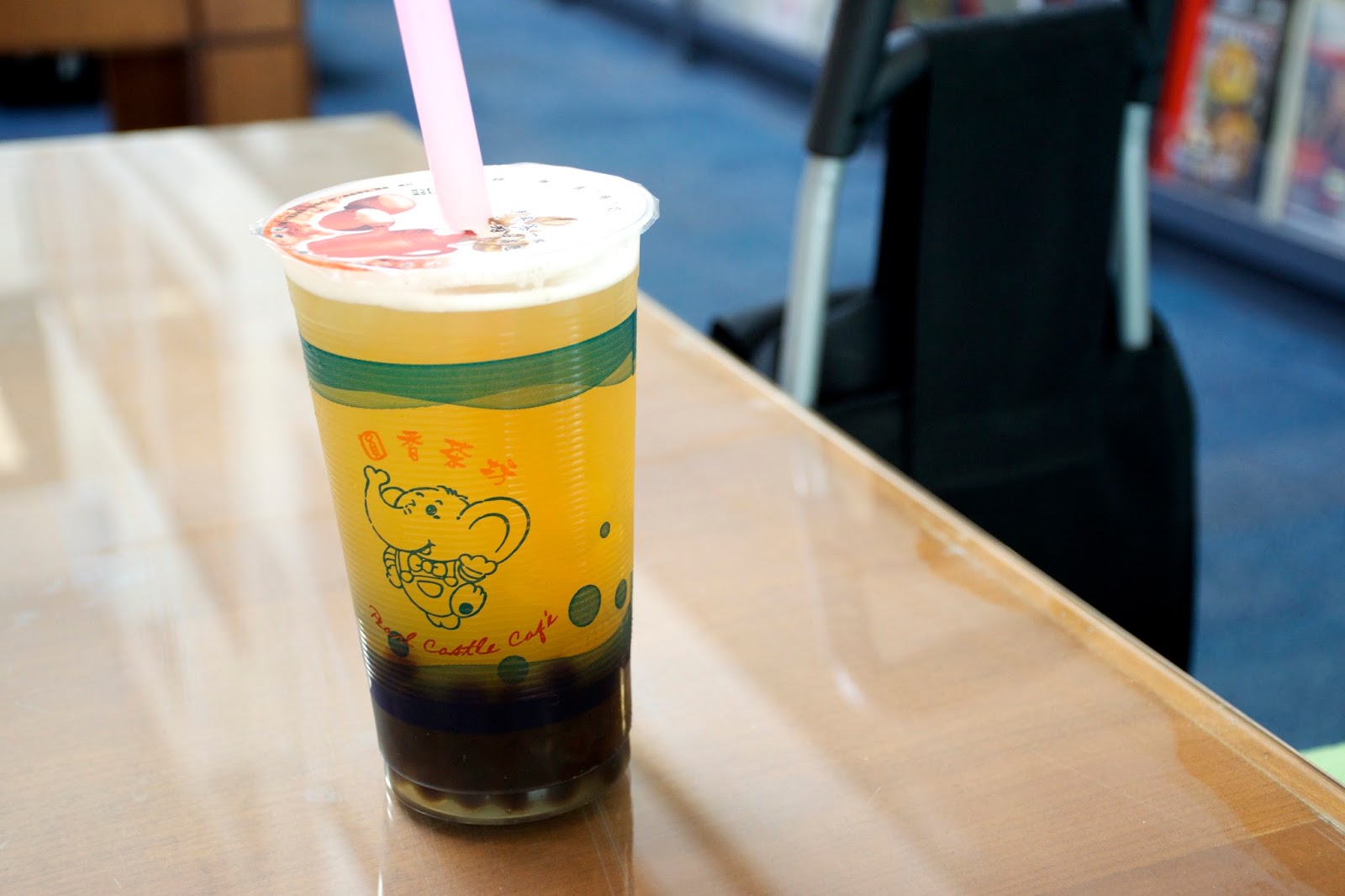 Lychee Green Tea Bubble Tea from Pearl Castle!
4/5 stars
Since the dishes were pretty salty, I got really thirsty afterwards, so my mom brought me bubble tea from Pearl Castle when I was studying in the library!! Fact: bubble tea helps me study better LOL! It makes studying for 5 + hours bearable lol. Pearl Castle has their bubble tea game down! The pearls were cooked perfectly! The lychee flavour tasted exactly like the real thing! I asked for half sweet, which let the bitterness of the green tea shine through!