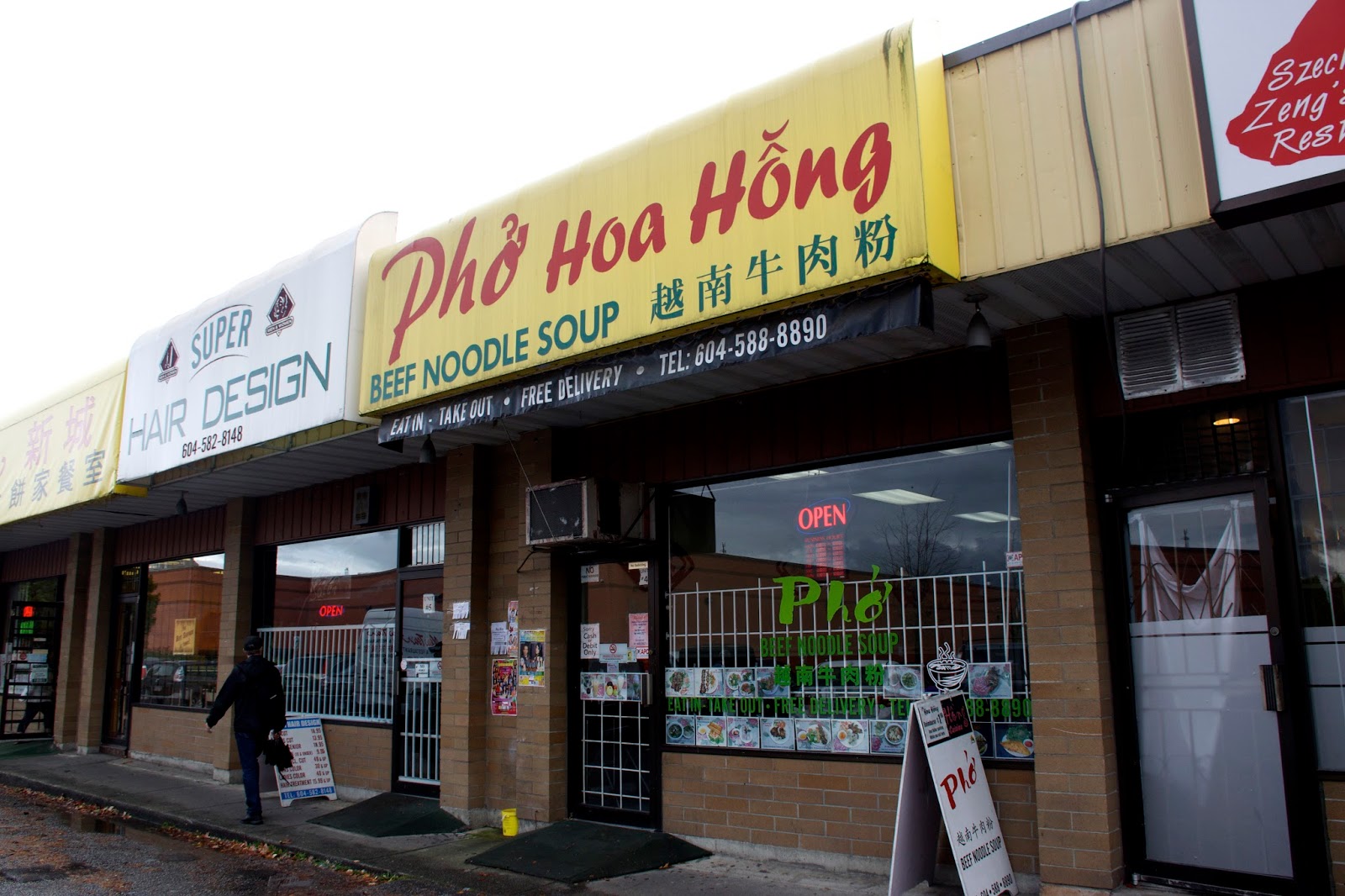 Last week after eating at Pho Tam, I noticed another Pho restaurant a few doors down! I peeked inside and the place was pretty dead LOL...not hard to see why, given the popularity of Pho Tam!! Nevertheless, curiosity got the best of me and I was determined to try this place out just so I could compare it to the almighty pho tam LOL! I was curious to see how they would fare in comparison, because if you're operating beside one of the best pho restaurants in the GVR, you're facing some serious competition!! I wouldn't be gutsy enough to do that haha, it would be like opening a bubble tea store beside Bubble Queen LOL!! It would be virtually impossible to compete!


SIGNATURE DISHES
Pho Hoa Hong offers up all your staple pho dishes like Pho Dac Biet, Bun Bo Hue, Bun Rieu, Lemongrass chicken! They don't have any ban mis though! The menu is pretty simple, with most of the noodle dishes being the same price.

SERVICE 2/5 stars
When I walked in there was only one other party! I was seated at a large 4 person table, and was quickly handed a menu. I got my pho 2 mins after ordering. They totally mixed up my order lol, because I told the waiter that I wanted the "medium" size pho but he gave me the large size instead! Oh well haha!

AMBIANCE - Casual
The decor is pretty typical of a pho place. Utilitarian tables and chairs, with simple paintings decorating the walls. It's alot cleaner than Pho Tam, because of the lower turnover rate haha. It's not as dark or dingy either, and the tables/utensils are much cleaner.

VALUE - Poor/Okay/Good/Great
Value wise, it was just okay. Considering you can get soo much better just a few doors down, I wouldn't bother coming back here. The portion sizes are smaller here and the food just isn't as good! 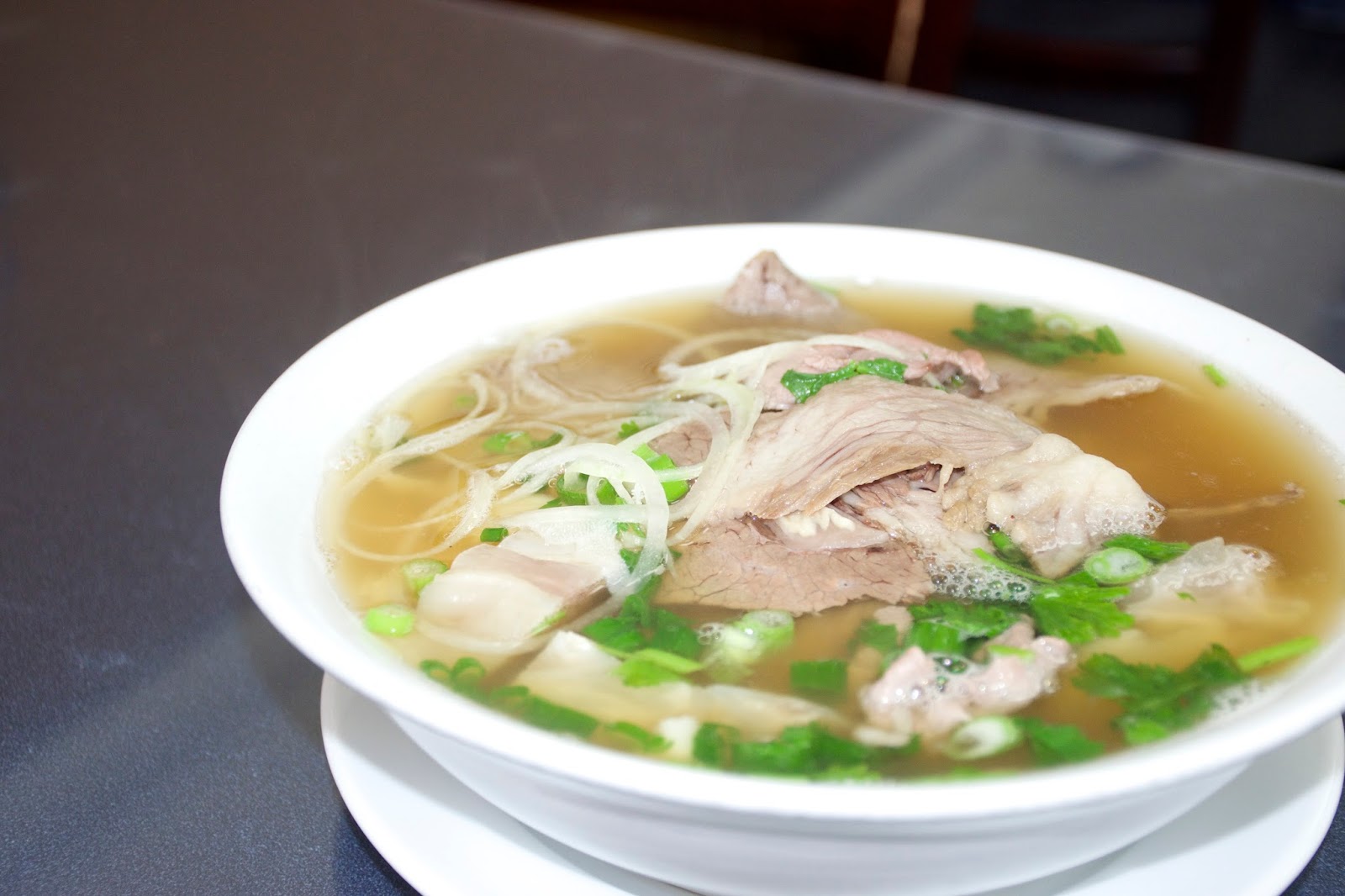 #5 Large Rare Beef, Beef Brisket, Tendon, & Tripe $10 Combo
2/5 stars
This was alrightt. Nothing mindblowingly amazing, but honestly, it wasn't all that bad. Compared to Pho Tam next door, Pho Hoa Hong definitely falls short. The broth isn't as beefy or fragrant, and lacks any substantial depth. I read reviews that said the broth was too light tasting, but they must have changed the recipe, because it was pretty salty! I wasn't excessively thirsty afterwards though, so msg usage was definitely at a minimum. The noodles were decent, cooked al dente, but personally I thought it was disconnected to the broth. The first thing I noticed when the bowl first hit the table was that none of the beef slices were rare! They were all fully cooked, which was pretty disappointing. The pieces had a decent lean:fatty ratio, so the meat wasn't too dry. 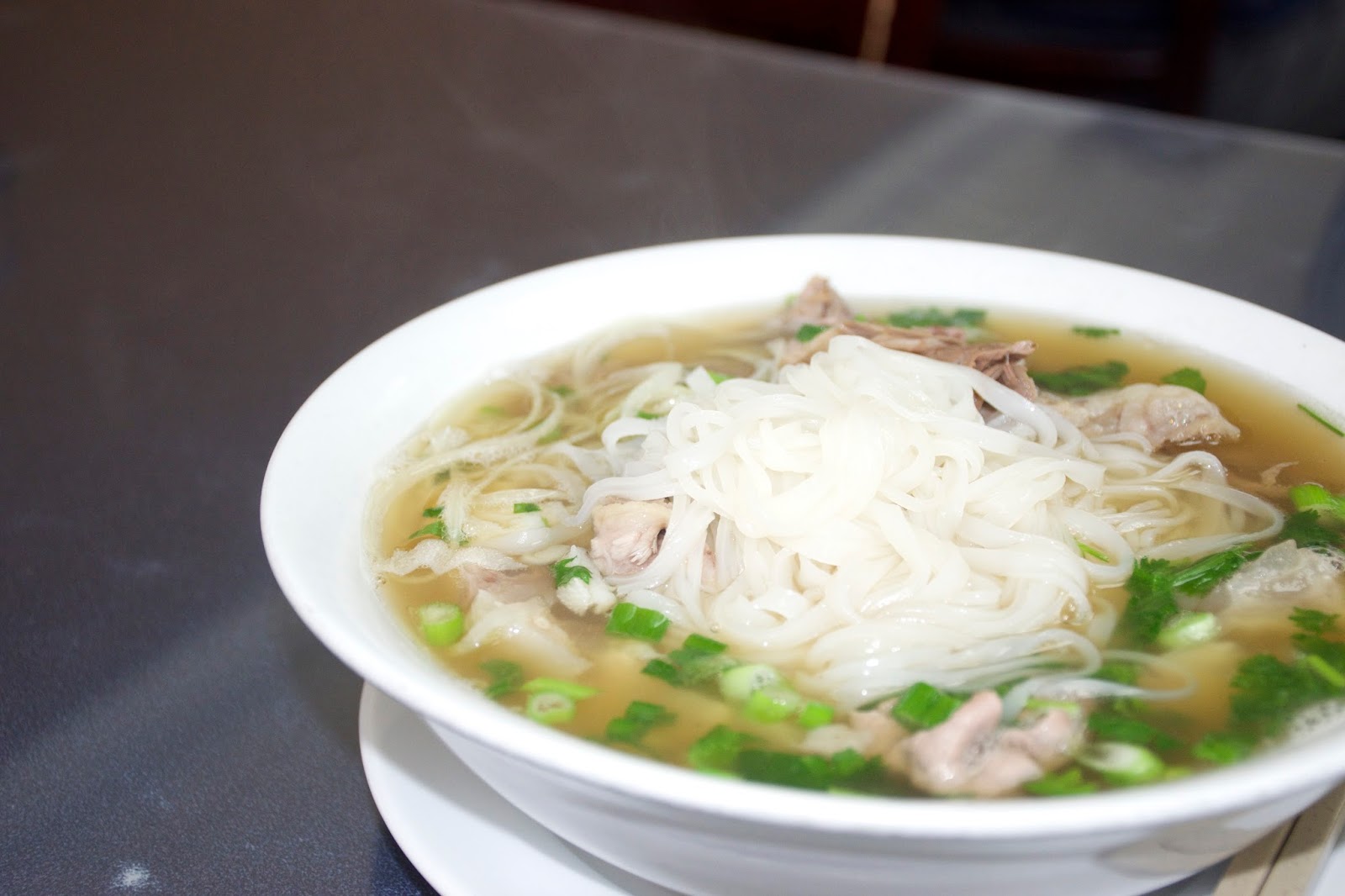 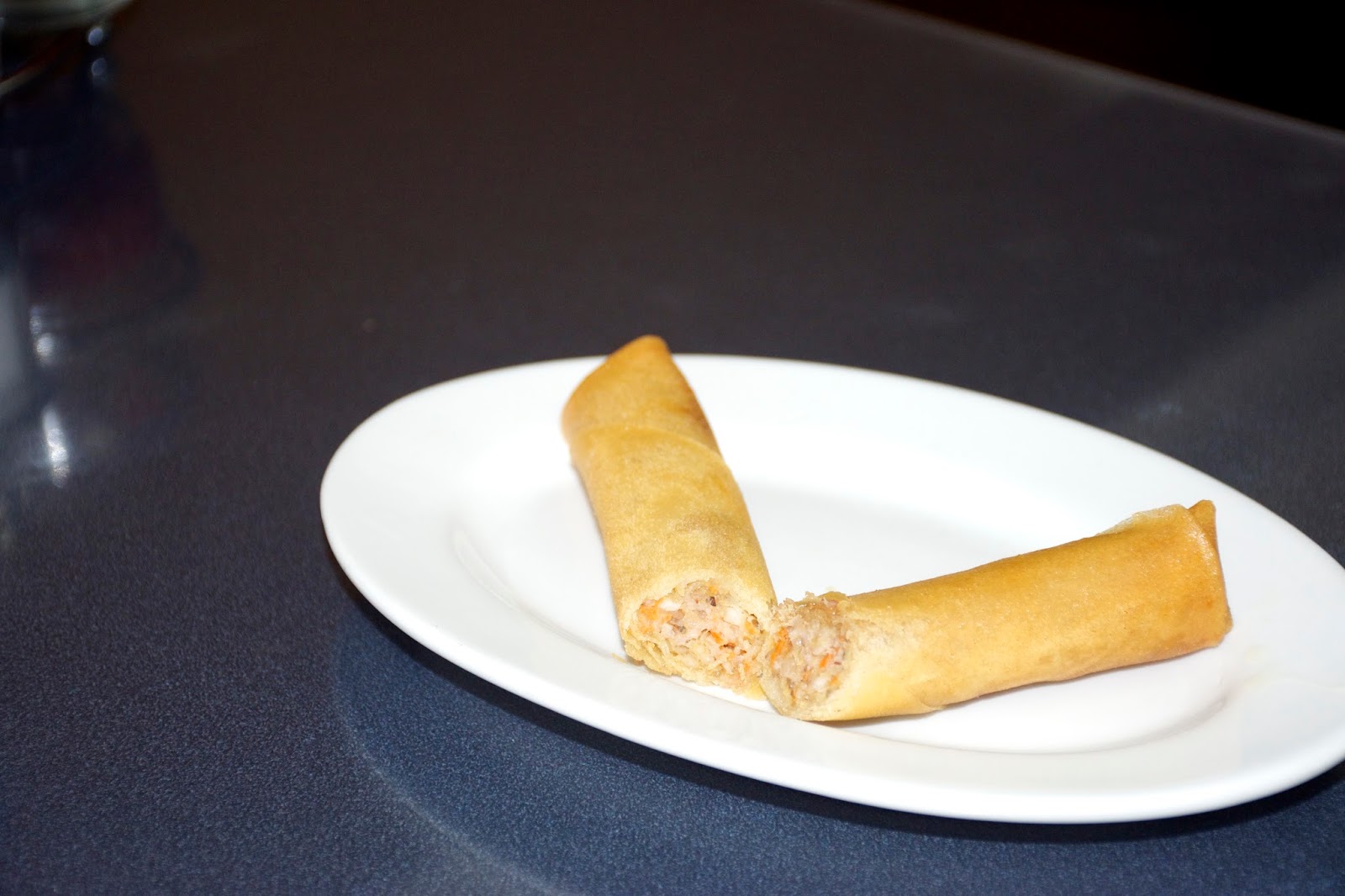 Spring Roll
1.5/5 stars
What a sad looking springroll! Look at how thin it is LOL! Pho Tam's version is twice as thick, and packed with twice the amount of meat! While the exterior was crunchy, it wasn't flaky enough for my liking. The interior was rather void of flavour, so fish sauce was definitely needed. 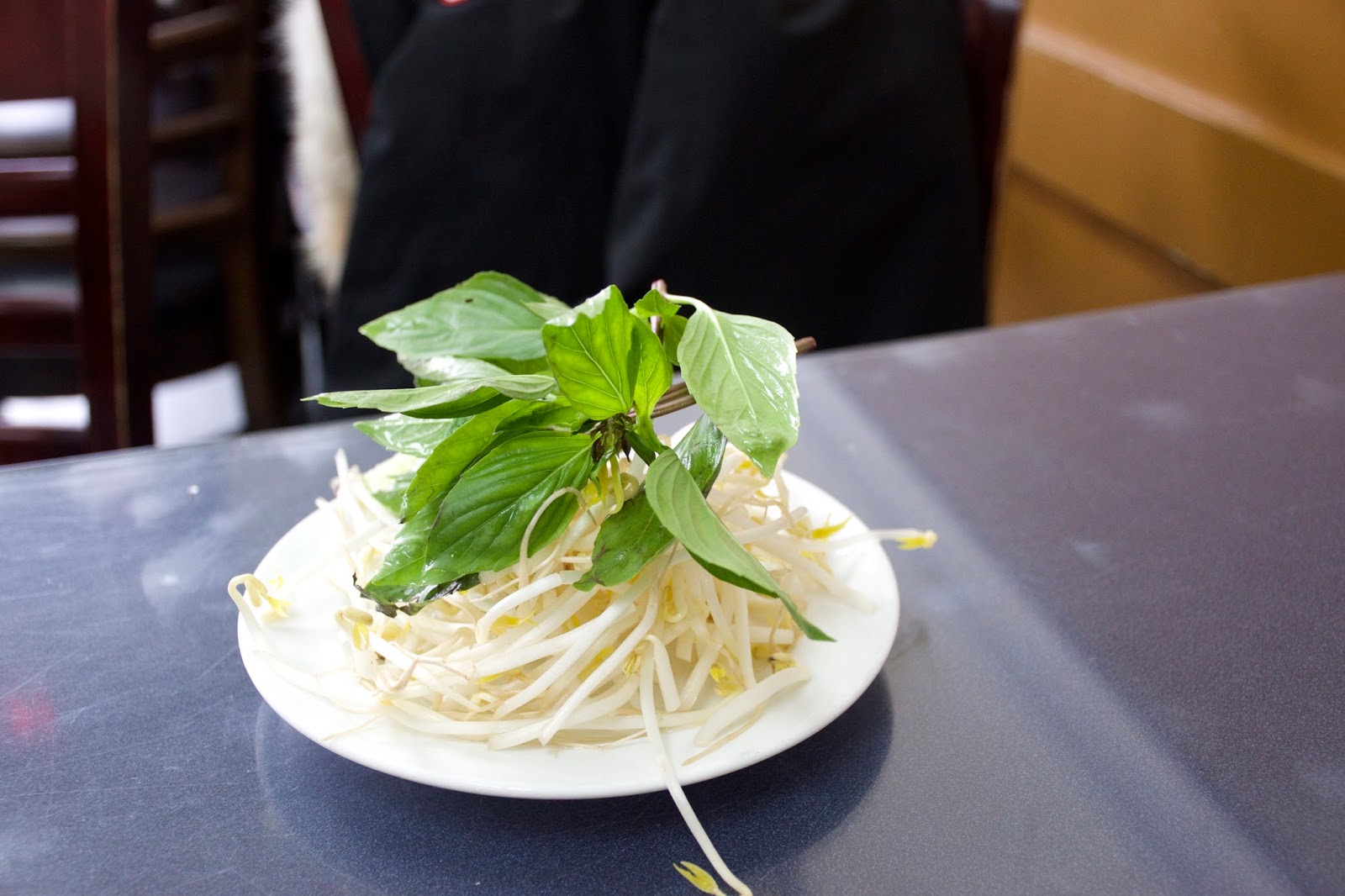