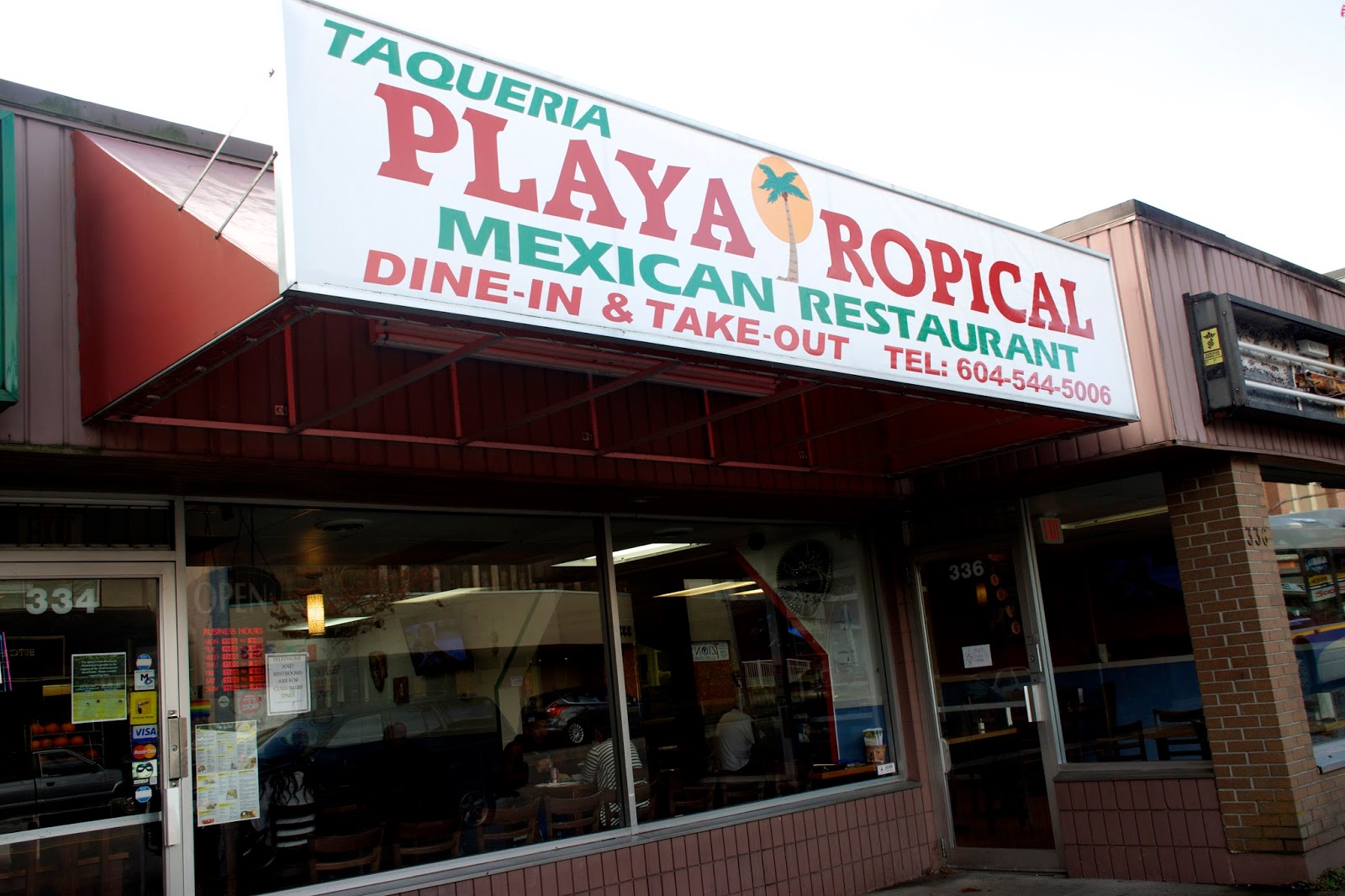 I've been seeing pictures of this place on Instagram, so I've been dying to make a visit! Instagram does that to you haha!! Scrolling through my insta feed is half torturous, because you're seeing all the delicious food people are eating...and you can't have any LOL!! Does anybody else feel the same way? ;)

On saturday I made the trip out to Taqueria Playa Tropical in New Westminster!! Wow, it's been SO long since I've been in the area (Sixth street!) Growing up I use to go to New West every week because my grandparents lived there! I even made a visit to my old stomping ground Royal City Centre LOL and that place hasn't changed one bit! Going back was definitely nostalgic!

SIGNATURE DISHES
Taqueria Playa Tropical is famous in New West for authentic, homestyle Mexican food, made with fresh ingredients! They're especially well known for their tacos, their monster burrito (which is HUGE!) and their enchiladas!

SERVICE 4.5/5 stars
Service was great! I was served by two young girls, and they were both super polite and friendly! They came around to ask me how I was enjoying my food, twice, and if everything was okay! When I stopped drinking my horchata she looked concerned and asked me "You don't like it?" And when I left, silly me forgot my jacket! The waitress rushed out to find me and handed me my jacket, which was really nice of her!

AMBIANCE - Casual
The restaurant itself is actually quite large and spacious, separated into two rooms by a wall. None of the tables are close to each other which makes eating much more pleasant haha! There's nothing worse then being cramped in a tiny space and awkwardly having your back against someone else's chair LOL!

PRICE - $/$$/$$$
This place is definitely one of the cheaper Mexican restaurants in the city! Relatively affordable with tacos priced at $2.50, Burritos for $8, Tortas for $7, and house platters starting at $11!

You can tell they use wholesome, fresh ingredients because everything I had tasted super fresh! The portion sizes are on the smaller side though, but I'm willing to sacrifice quantity for quality! 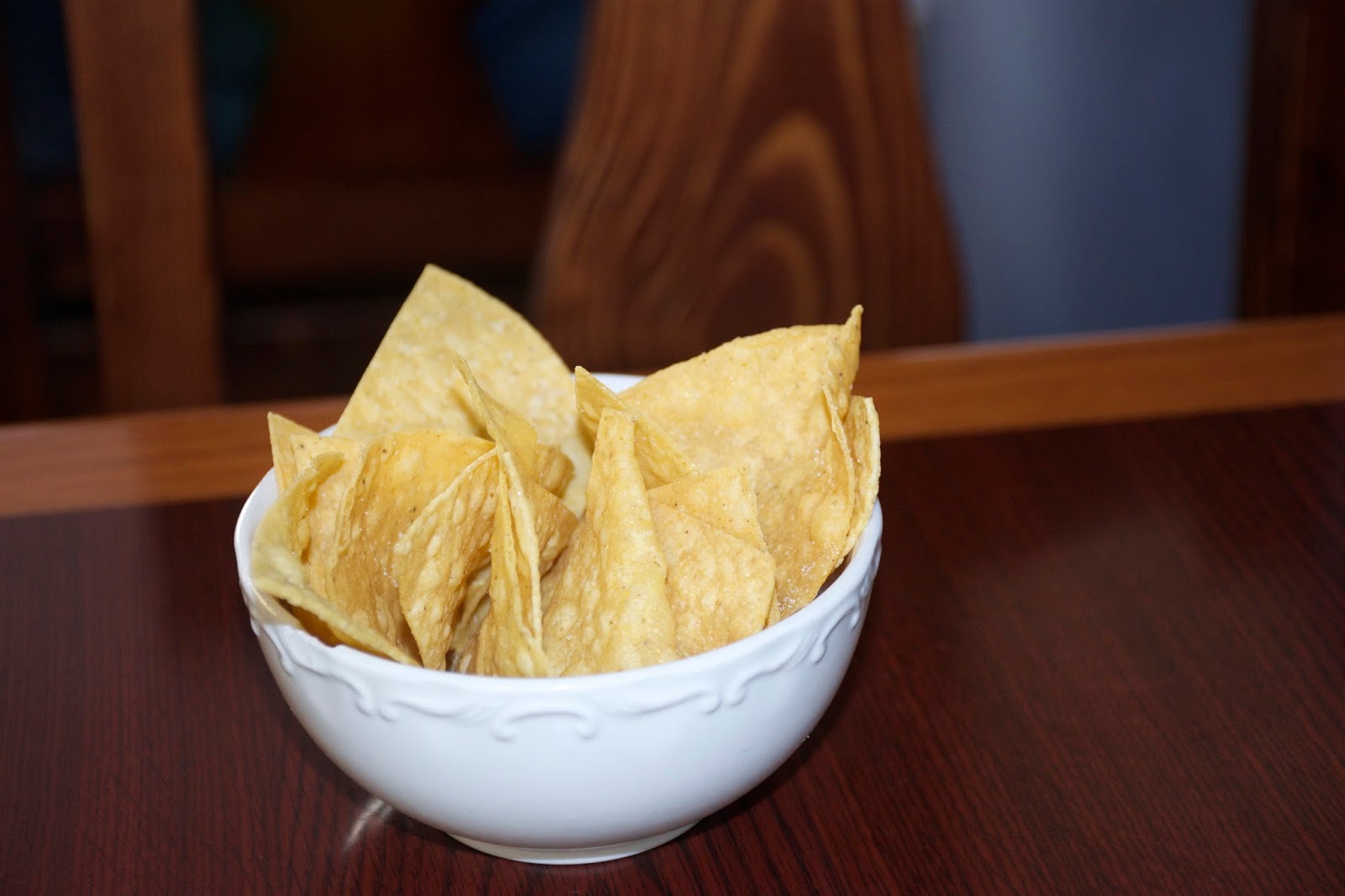 Complimentary chips to start!!
3/5 stars
They were generous with the portion size, but if you want a refill, it's an extra $1! The chips were nice and crunchy, and seasoned with salt. One thing that I didn't like was that some of the chips didn't have any flavour, while other pieces were overly salty. 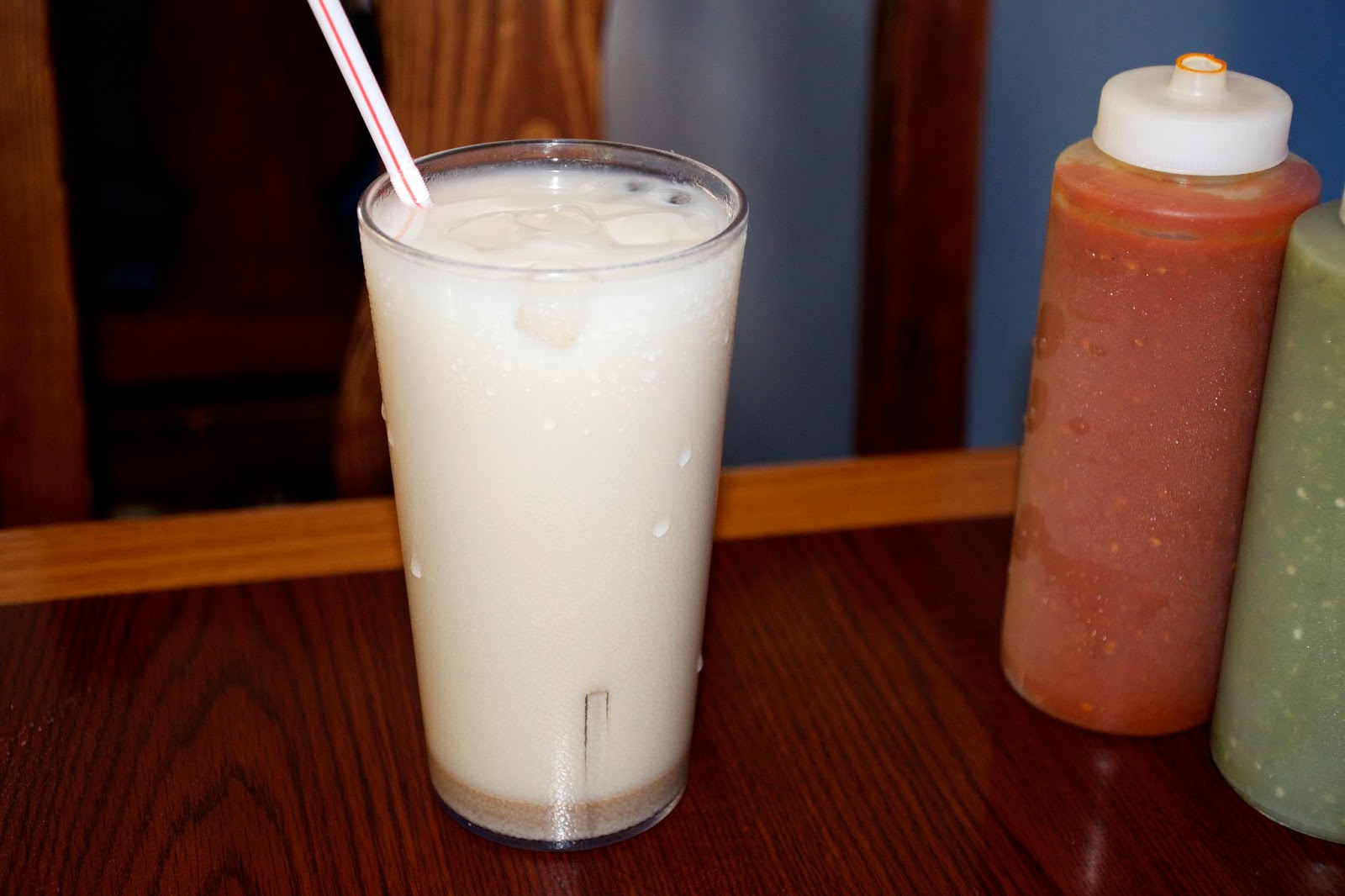 Horchata $2.50
3/5 stars
You can't have tacos without a big cold glass of horchata can you? The rice flavour was definitely stronger than other versions I've had. It wasn't too sweet but I found the cinnamon flavour to be a bit weak. 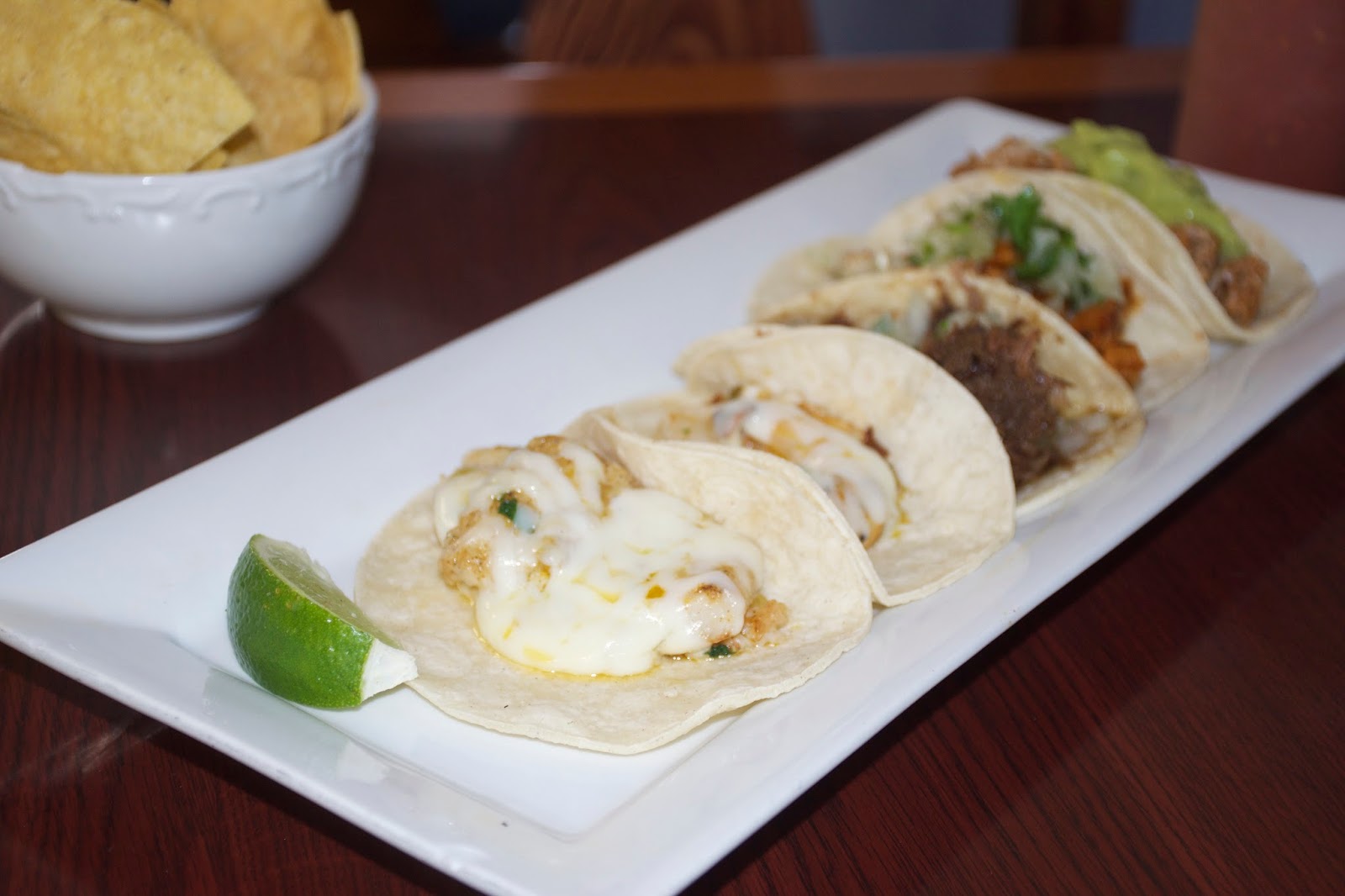 Pescado - Fish Taco $2.50
3.5/5 stars
This was the best out of the bunch! The fish was really soft and well flavoured! The cheese was completely melted and really brought the flavours together! The taco shell was soft without being overly flimsy, and held the contents of the taco without sagging! These tacos are actually pretty tiny LOL, you can probably finish them in 2 bites! 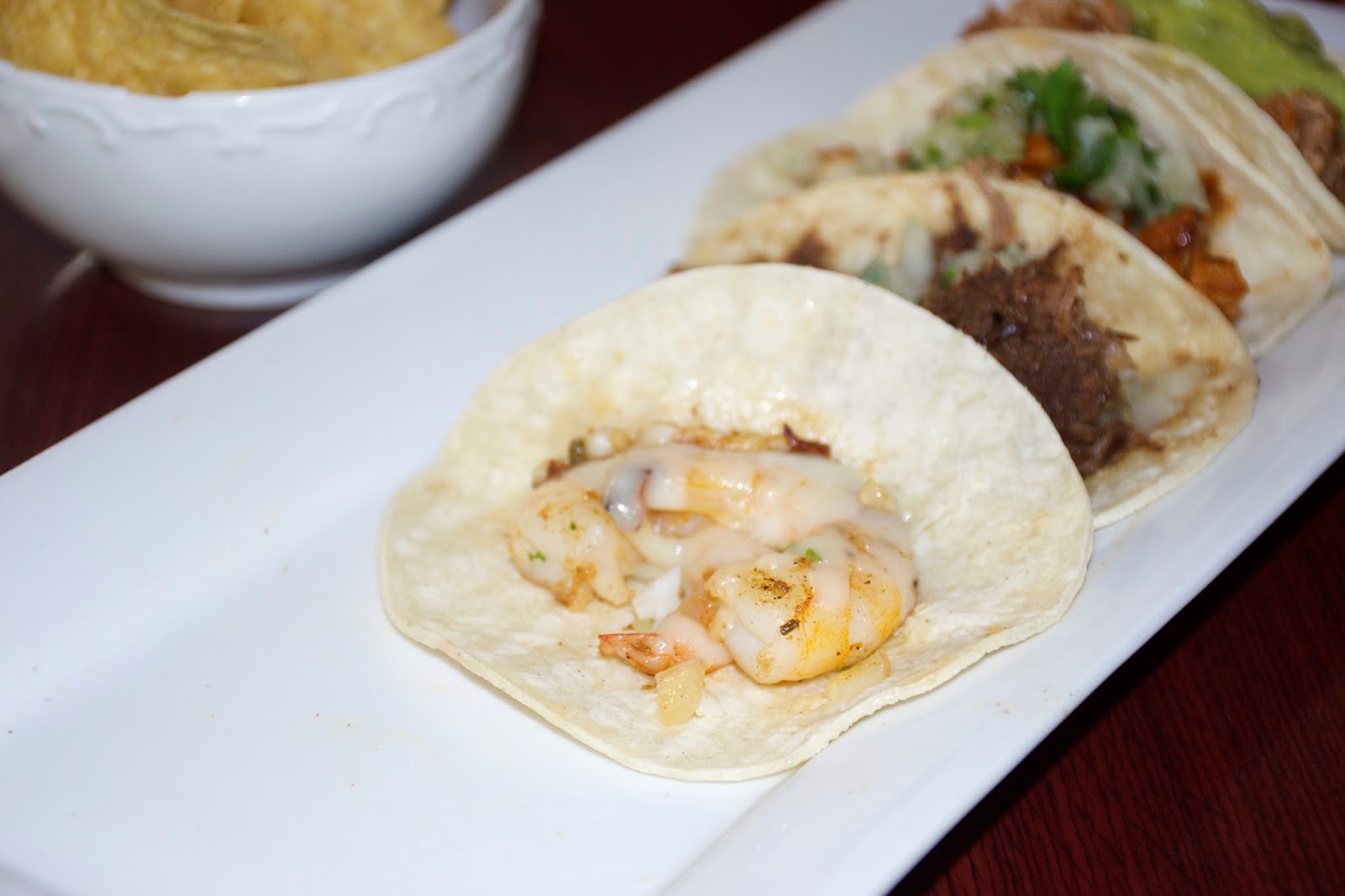 Camaron $2.50
2/5 stars
This was similar to the fish taco, but it was a wee bit spicier, and had less cheese on it! The shrimp was juicy and exhibited a nice snap when I bit into it! 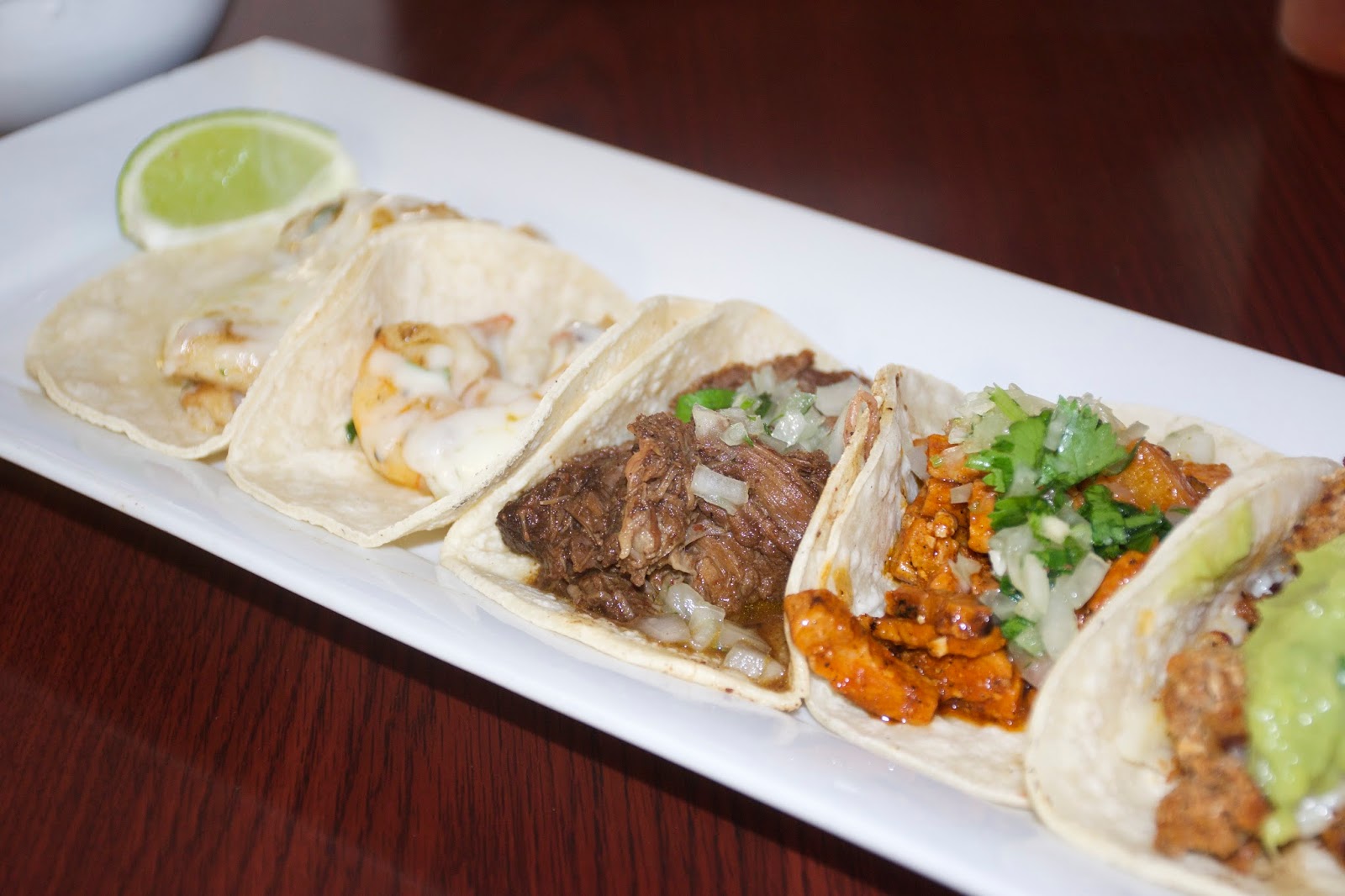 Barbacoa and the Pastor
Barbacoa 2/5 stars
Pastor 3/5 stars
The al pastor had a nice, smokey flavour from being marinated and had just the right hit of spices. The pork was moist, stringy, and a bit wet in texture.The barbacoa was subtly spicy, and garnished with a generous amount of onions and cilantro, which added a bunch of flavour. The meat was tender and there was plenty of it. 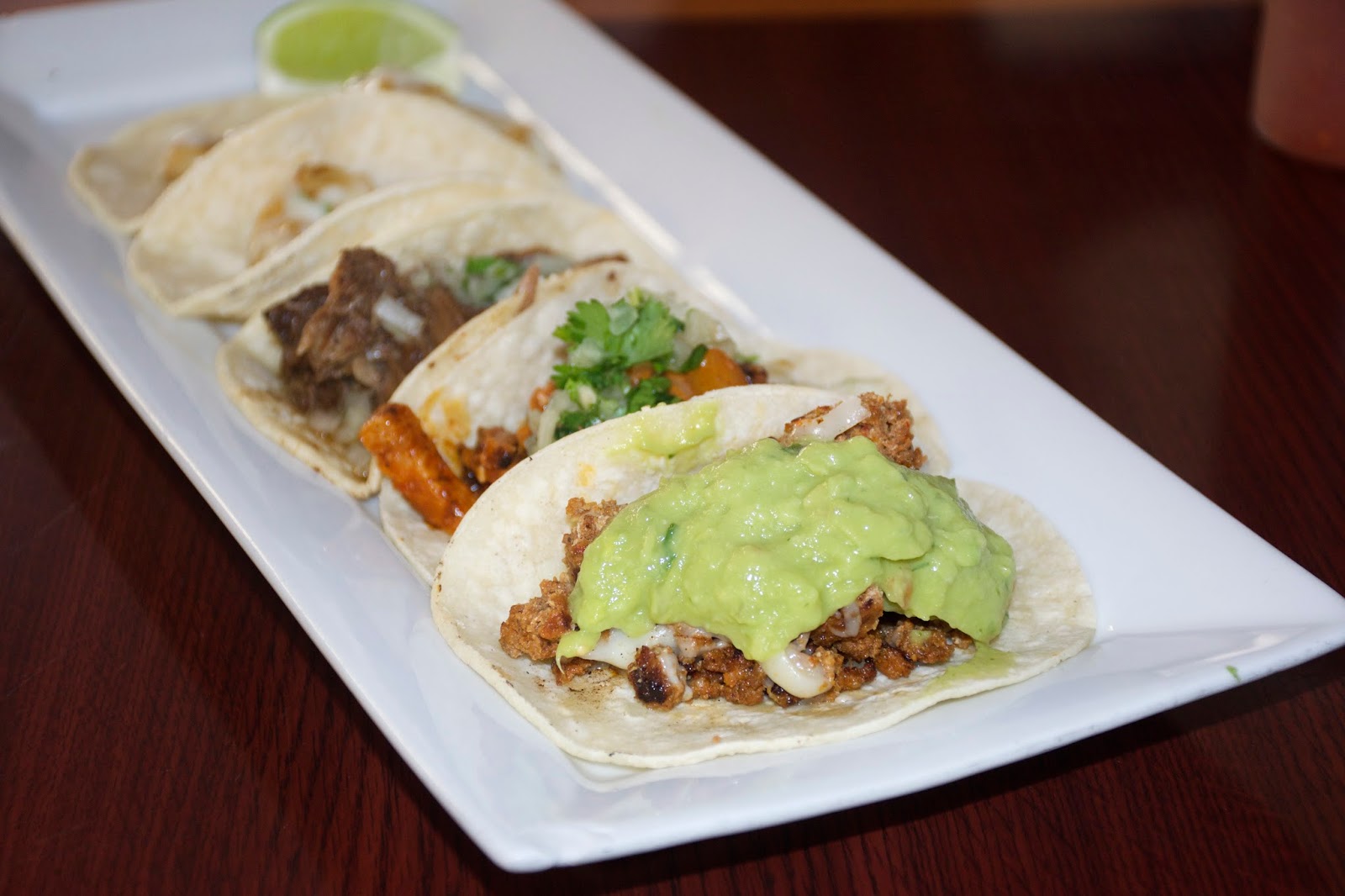 Carnitas
2.5/5 stars
The guacamole on this was the perfect consistency: not too thick, but not overly slimy either. It was nice and tangy, but didn't overwhelm the flavours of the meat.  The meat was tender, and had a generous amount of seasoning to it. 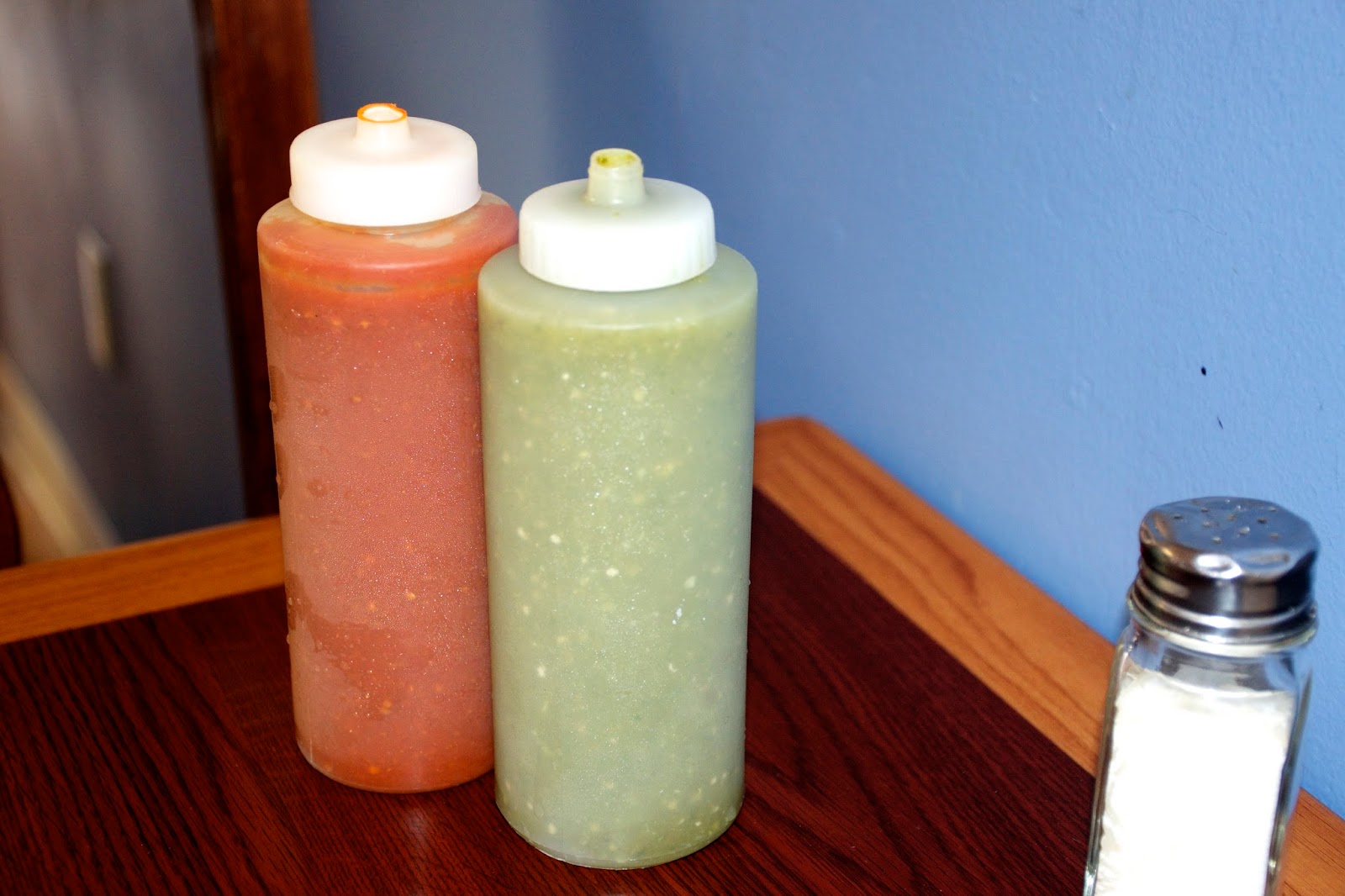 They also give you salsa and some sauces on the side for your chips but I didn't try any LOL!