The One Soup House - Victoria Dr. 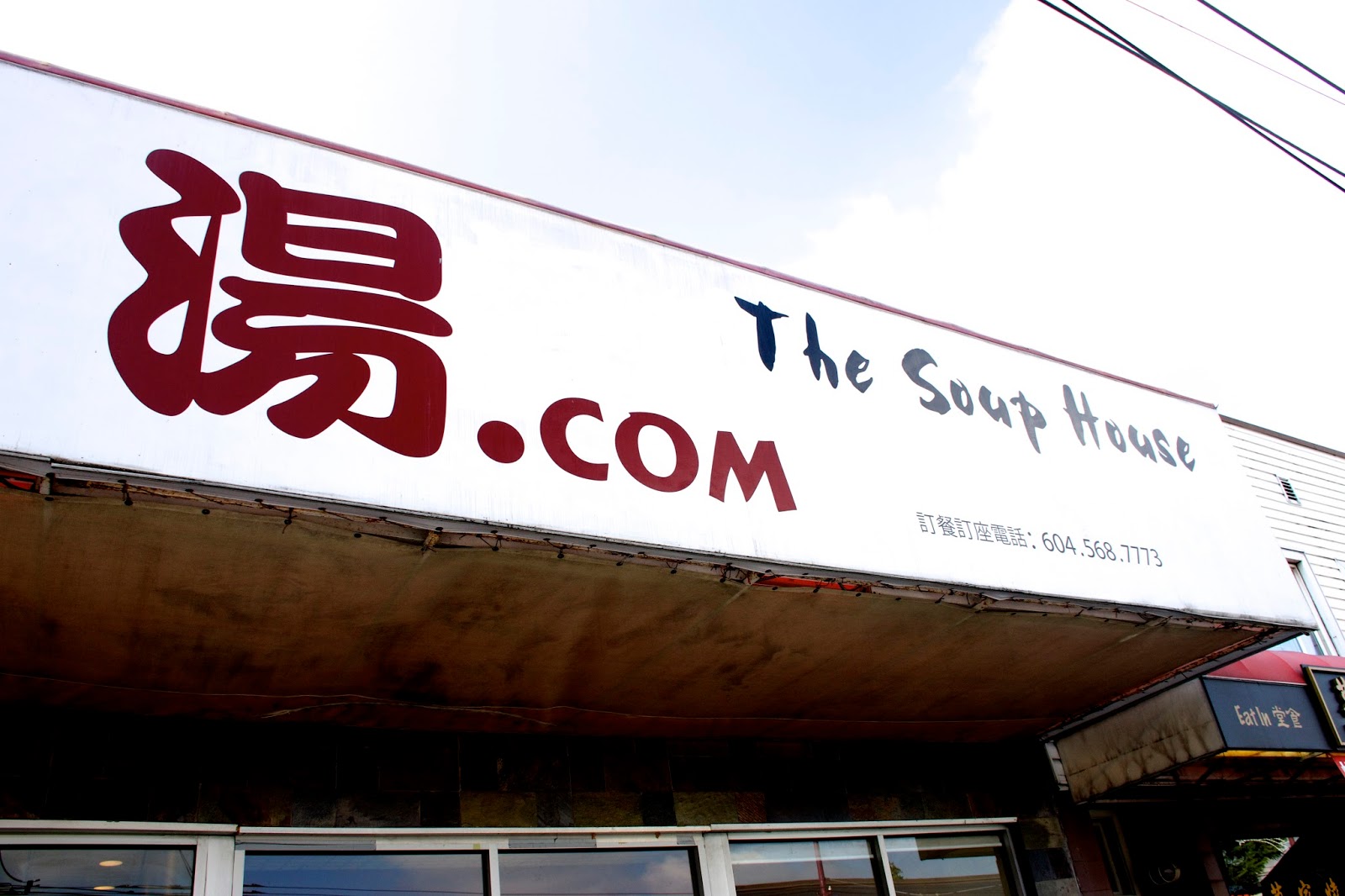 We were driving down Victoria Drive looking for lunch yesterday and my dad asked me "So where do you want to go for lunch?" "Mmm, I don't care, as long it's somewhere I haven't gone so I can blog about it," I answered. Everytime I choose a restaurant my dad says I have "bad taste" if he doesn't like the food LOL. Or if he's in a bad mood he'll throw a hissy fit (who's the grownup here?) and pout throughout the entire meal. Now I know better than to choose restaurants when I'm with him and I just let him decide LOL. I was surprised he didn't choose dim sum this time LOL. Guess he's finally getting sick of it :D

SIGNATURE DISHES
The Soup House specializes in chinese soup and bao zhai fan (claypot rice)! They also have dumplings, XLB, and a lot of different buns haha! They also have the build your own noodle soup combo that's become so popular these days! They even have szechuan fried fish, like the ones at Li's China Grill!

The claypot rices take 30 mins to make, so if you're in a rush or if you're just really hungry, I wouldn't suggest coming here!

SERVICE 2.5/5 stars
Walking in we weren't immediately seated, and it took us a while to catch the waitress' attention. We were seated at a really cramped 2 person table, but after a couple left, we went over to sit in the booth seating instead! Service was quick, and they brought us extra napkins, and plates at our request.

AMBIANCE - Casual
The decor in here is basic, frills. There are no decorations to speak of, even the walls are bare! Their counter is really long and spans halfway across the restaurant. They have larger round tables at the front for larger parties, and booth seating along the walls.

The portion sizes were really generous, and they definitely didn't skimp out on the meat. I love how they included soup with our combos so we didn't have to order it separately. Overall, great value for the money! 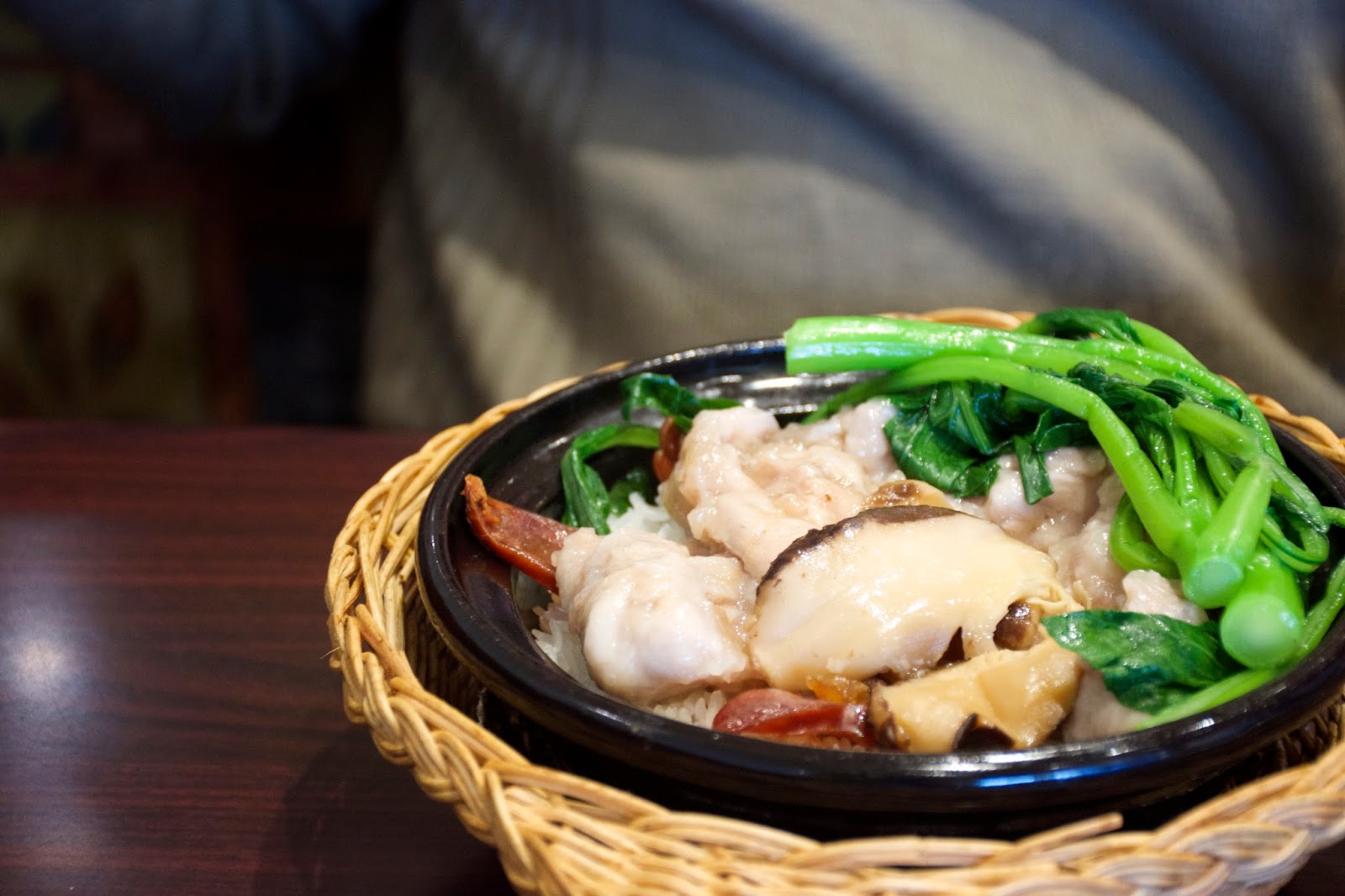 Chicken & Mushroom Claypot
4/5 stars
My dad chose both of our orders, and I have to admit, I think he did a pretty good job! Both of the claypots came in a wicket basket which I thought was a nice touch!
The best part about claypots is the crispy rice on the bottom! This version had a ton on the bottom, and it wasn't difficult to scrap it off. The rice was grainy and properly cooked. There were 3 large chunks of chicken pieces that were super tender, slippery, and well flavoured. All of the claypots also come with a few thinly sliced pieces of chinese sausage. The mushrooms were bouncy and moist, and the vegetables were fresh. 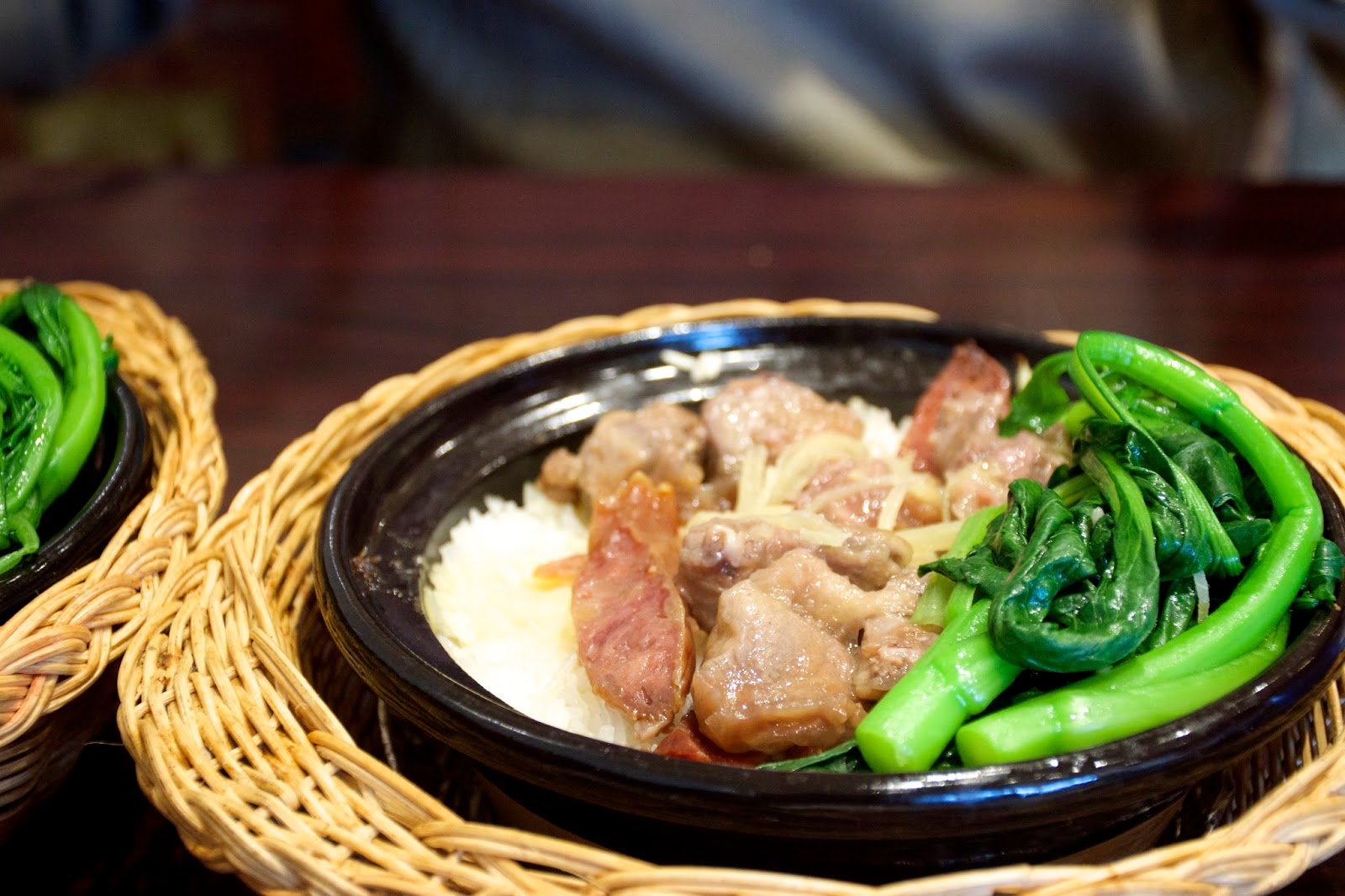 Squab & Oyster Sauce Claypot
3.5/5 stars
This is what I had and it was delicious! The squab was tender, well seasoned, and moist. The squab is bone in which makes it a bit difficult to eat, but it wasn't a bit deal. In the end, there wasn't a whole lot of meat, but I was satisfied nonetheless. 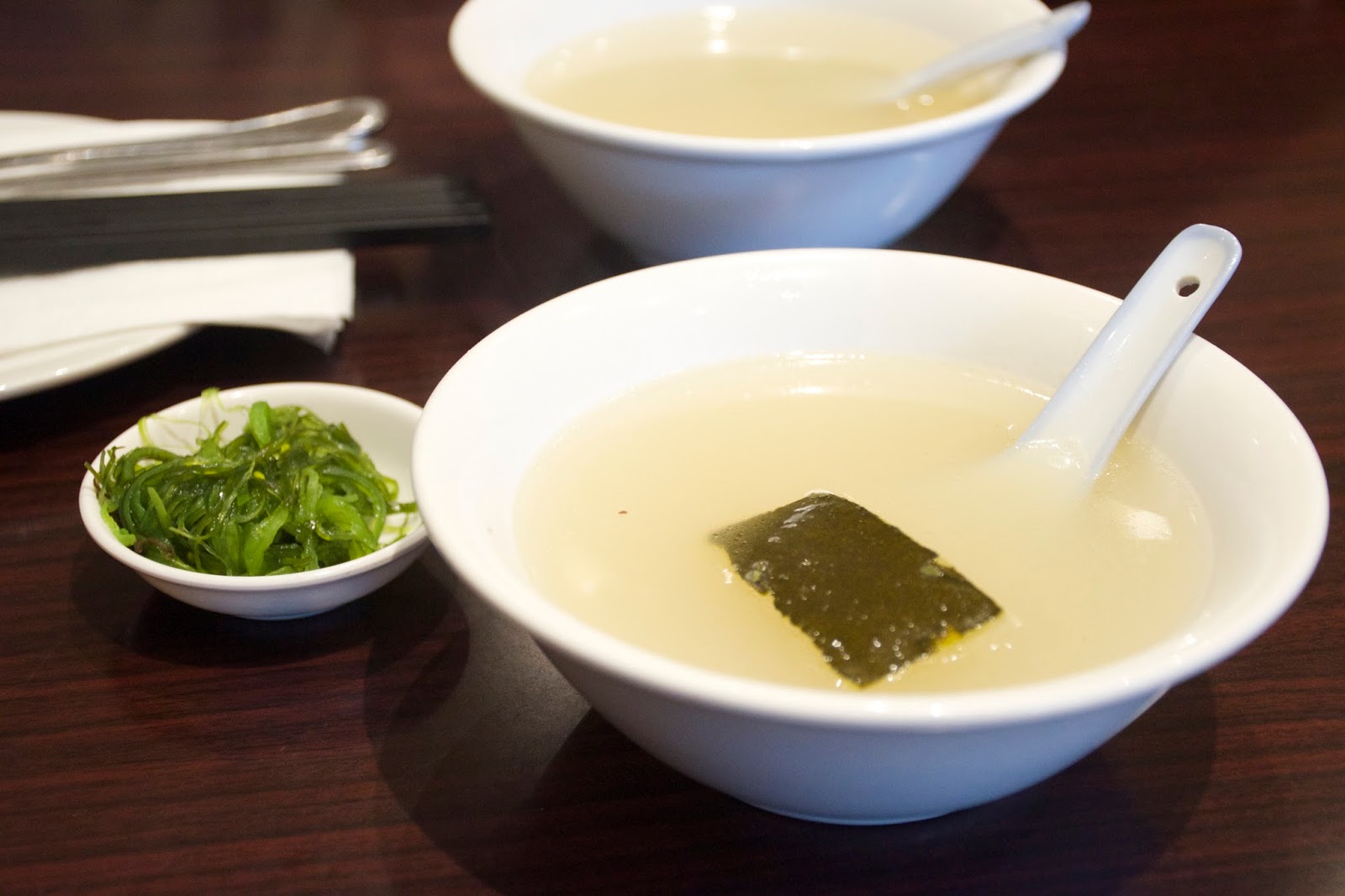 House Soup
3/5 stars
Every claypot combo comes with a side of their soup of the day and a small side dish! This happened to be pork bone soup and it had some melon in it. The soup was light tasting and the pork bone flavour was really potent. The seaweed was stringy, and flavoured with vinegar. 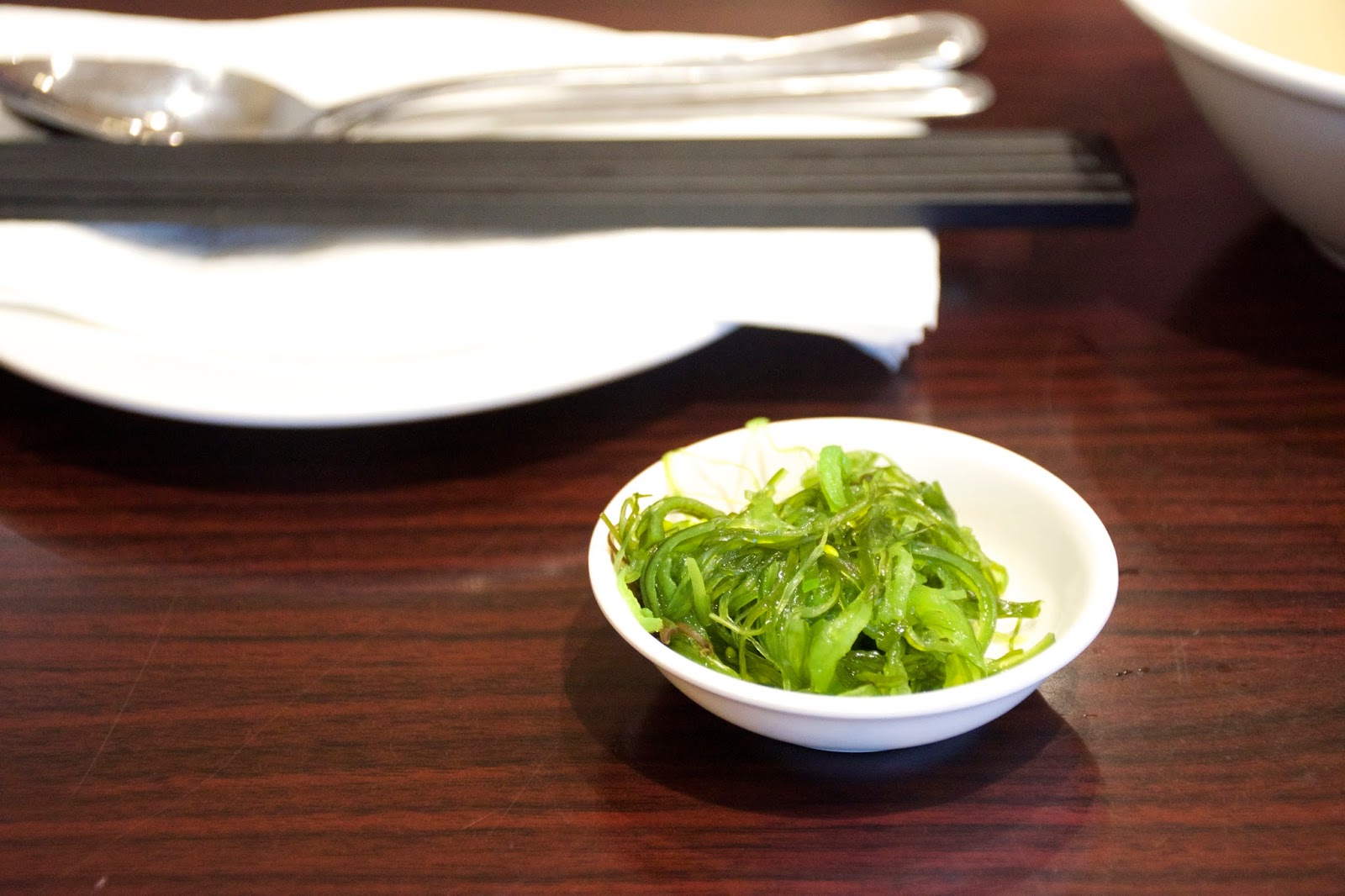