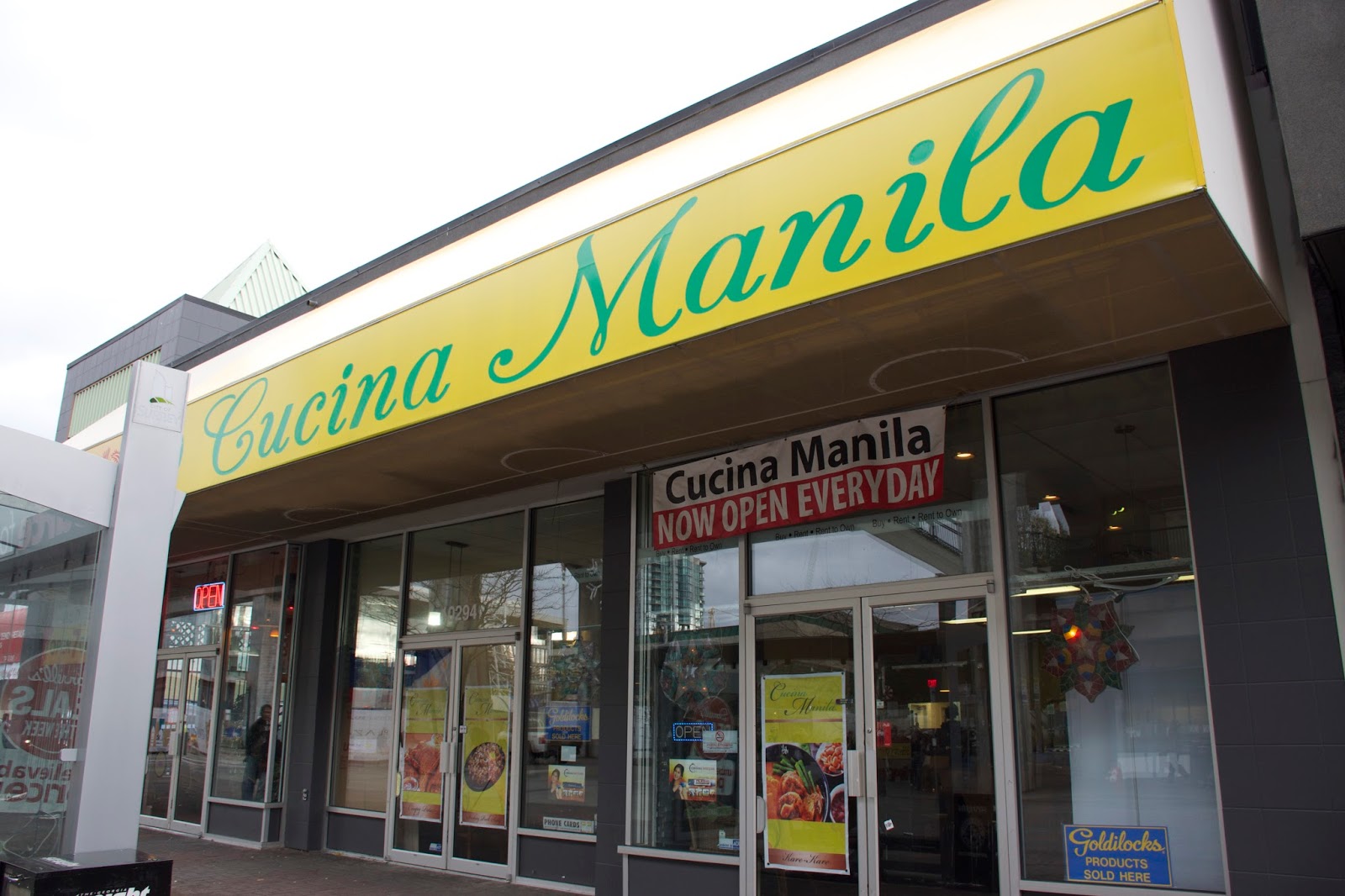 I haven't had filipino food in weeks! Definitely 'bout that time I satisfy that craving haha! Since I was in a pinch for time being that it's finals season, skytrain food was the only way to go LOL! I didn't have the time to go to an actual sit down restaurant, so I went to Cucina Manila for some quick filipino homestyle grub! It's like the Sushi Garden of sushi LOL! It's not the best filipino food ever, but it's pretty decent for what it is! :D

Cucina Manila currently has 3 locations in the GVR, all strategically placed in close proximity of skytrain stations: one in Van, near Joyce Station, another in Richmond, near Richmond-Bridgehouse, this one, across from Surrey Central, and another one opening soon underneath the New West skytrain! This one is one of their larger locations, with tons of seating! This one was also the most well stocked, and had a larger selection of food! 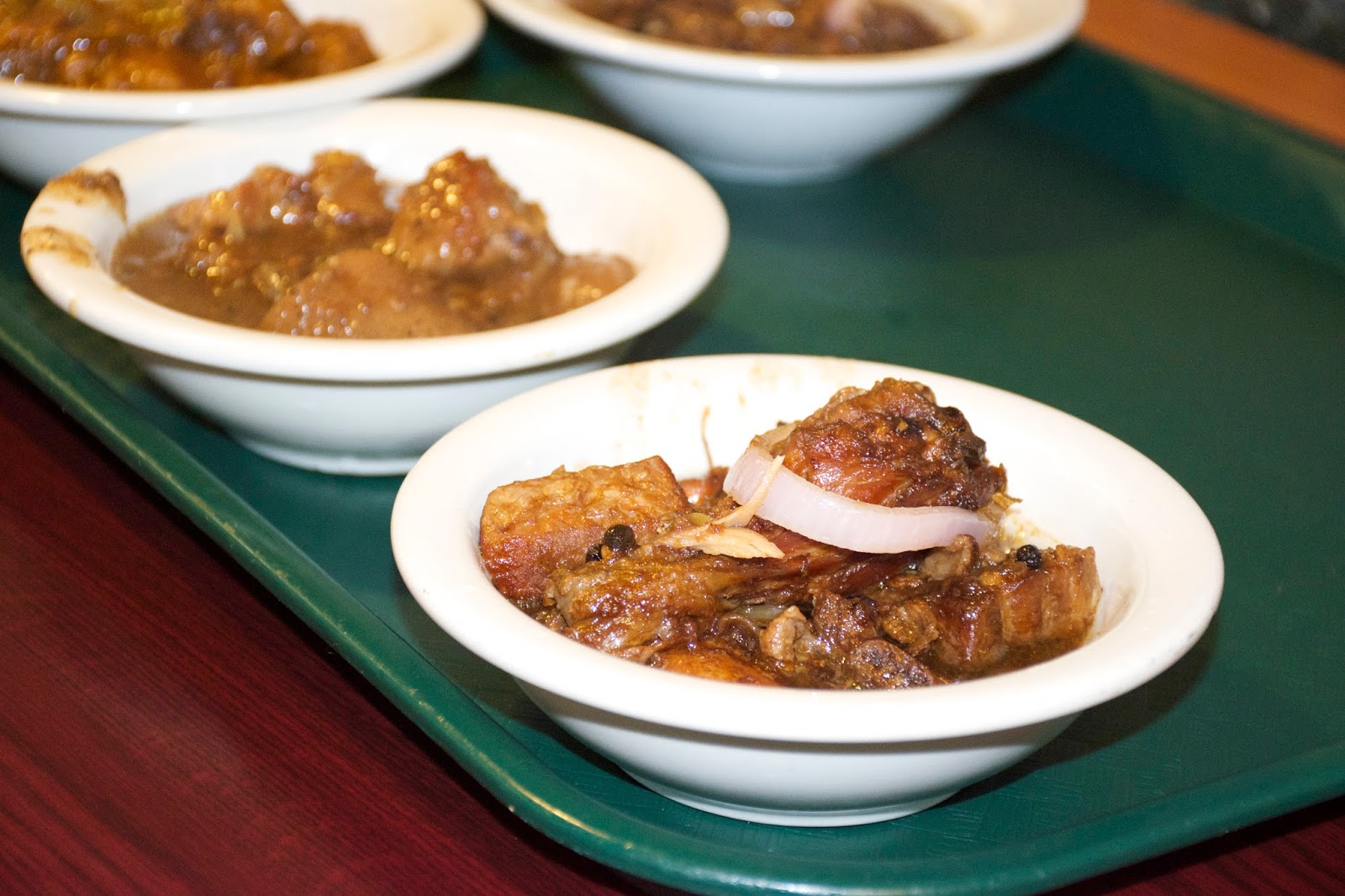 Pork Adobo
2.5/5 stars
This was a pretty standard version of pork adobo. Checked the boxes, but nothing out of the ordinary. The base had a heavy vinegar hint, with was levelled out with a sweet soy sauce element. The chicken pieces were chewy but soaked up the flavours of the broth nicely. 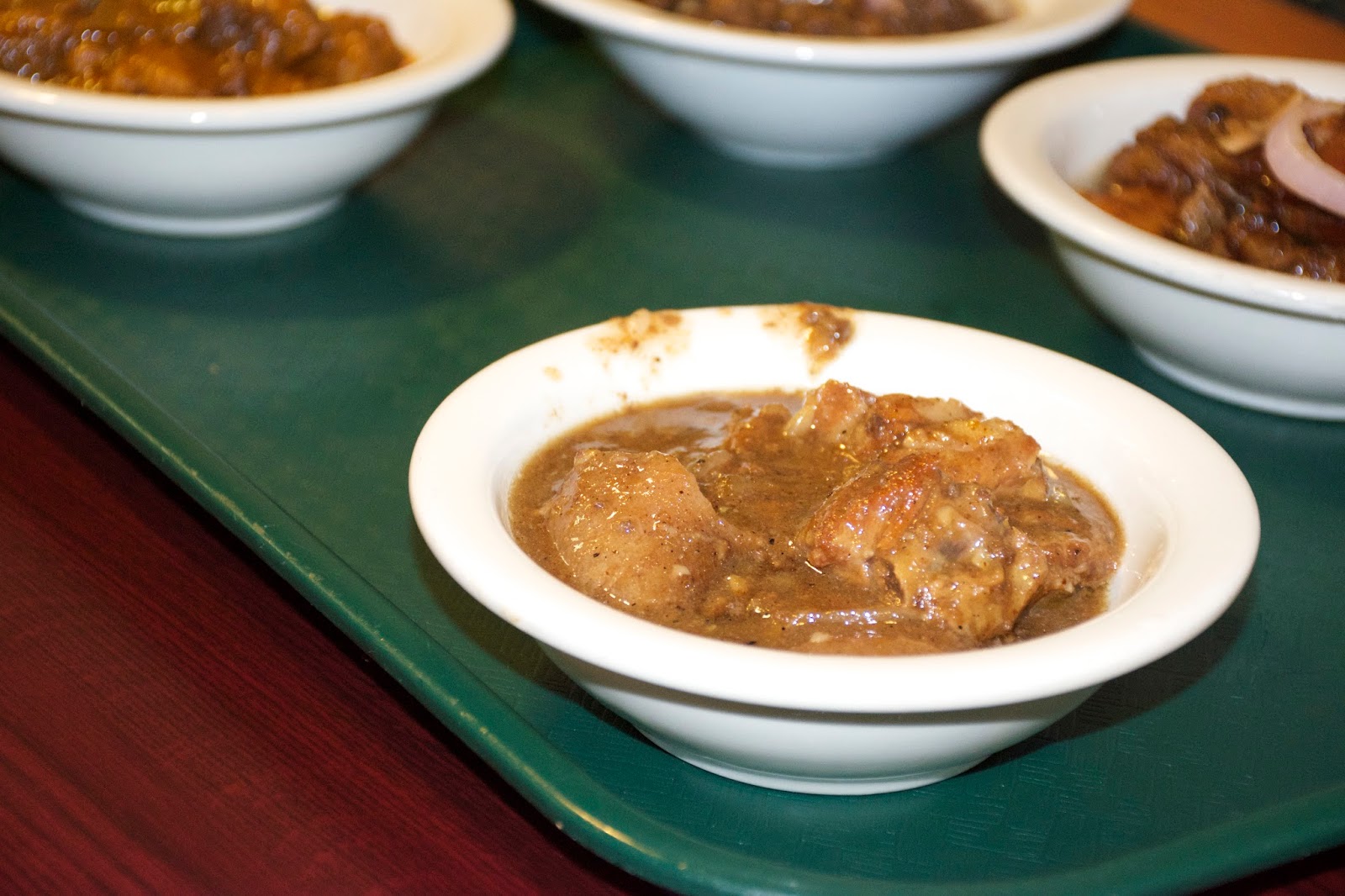 3/5 stars
The next three dishes I honestly don't know the names of LOL! The dishes weren't labeled or anything, and I was in a hurry so I didn't ask.
This was my favourite one out of the bunch! It was sweet-savoury, and the fatty pieces on the pork were really tender! The lean pieces were really dry though, but it wasn't a big deal. 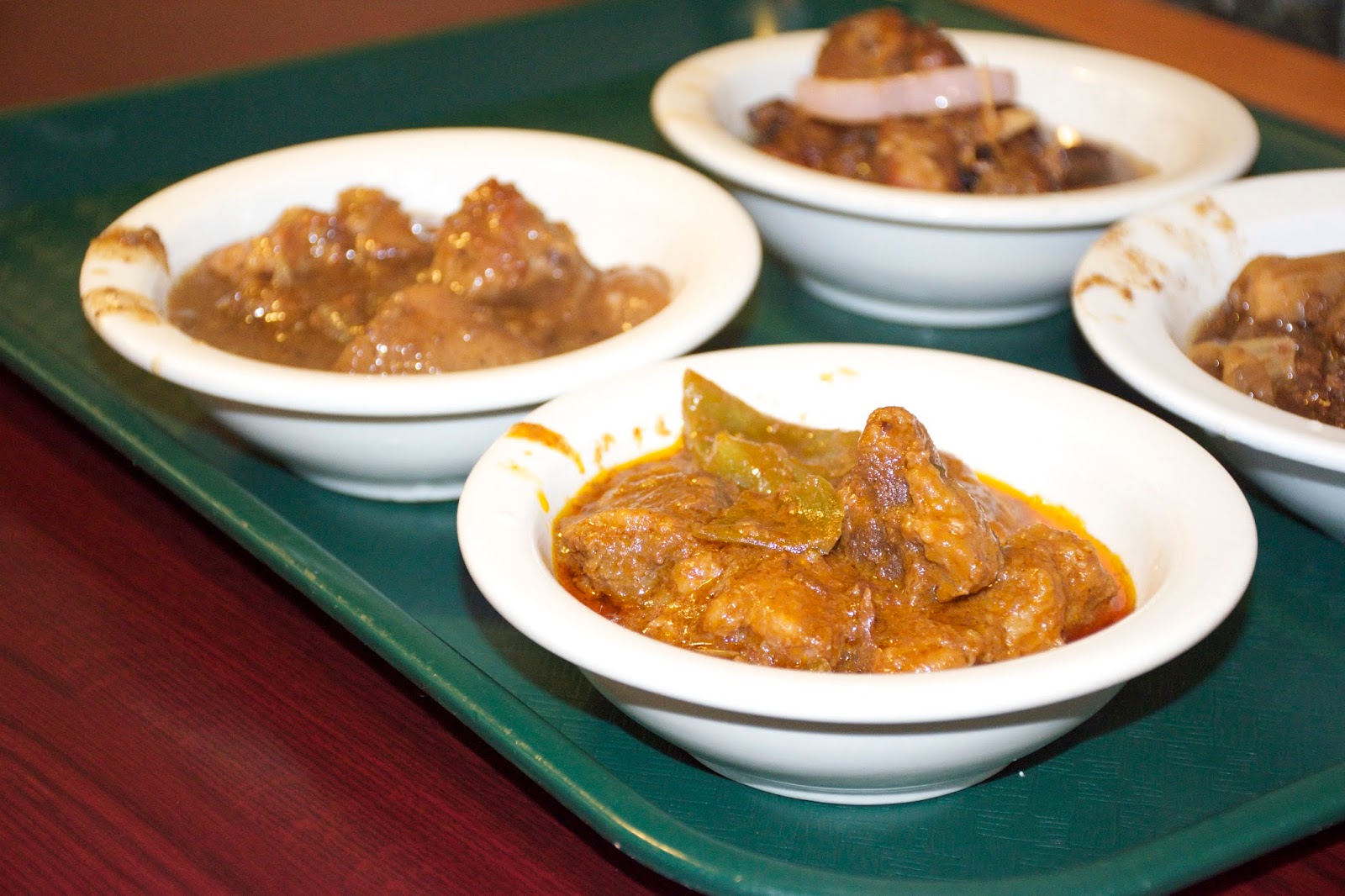 2/5 stars
This tasted really similar to chinese stewed pork! It was predominately salty, with a heavy soy sauce base. The pork pieces were semi tender, with a few fatty pieces. 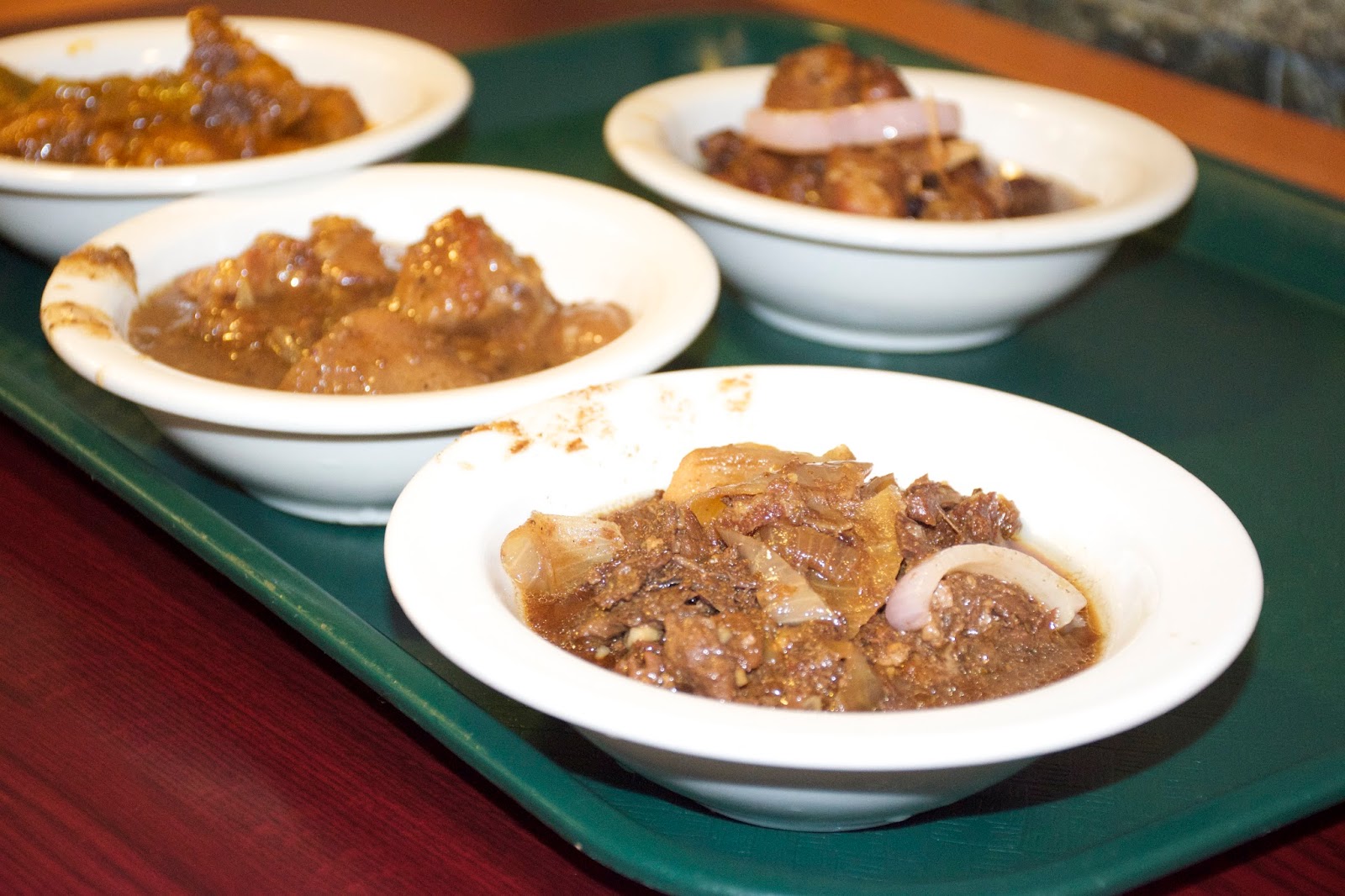 1.5/5 stars
This was the most disappointing of the bunch. The beef pieces were really hard, and the base tasted predominately like soy sauce, and was rather flat toned. The onions didn't help that much either. 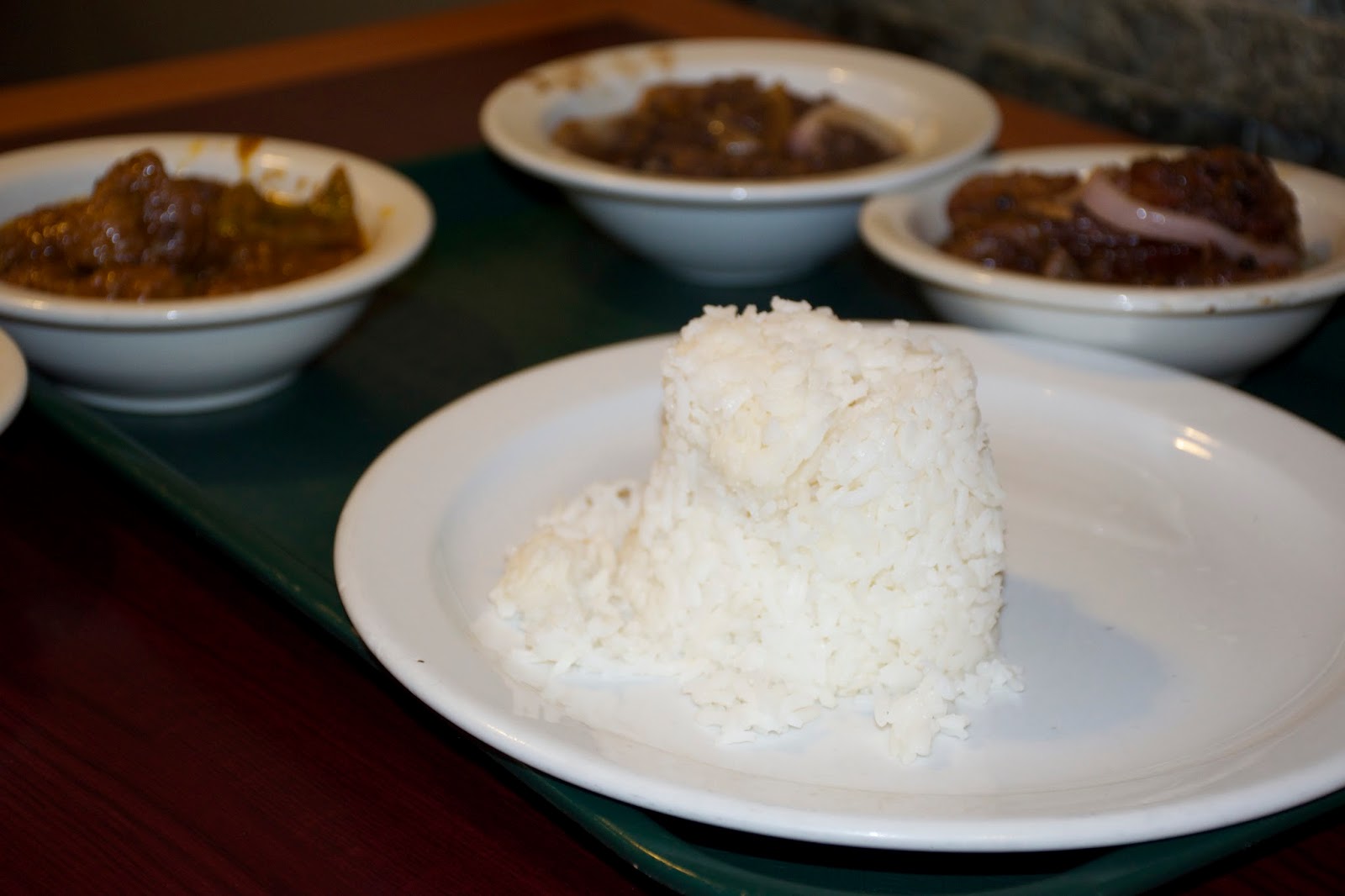 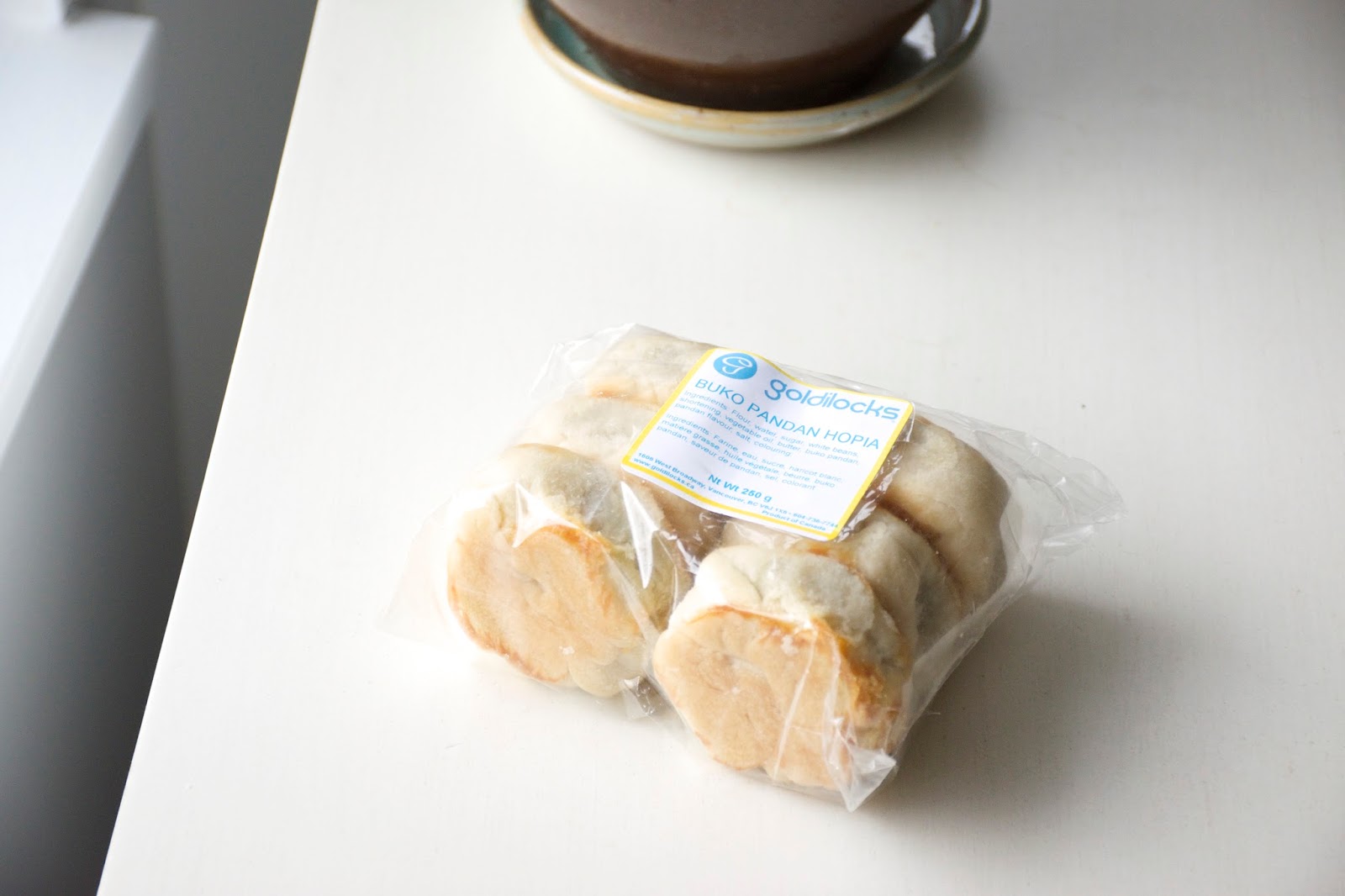 They also sell a ton of pastries/cakes! They also have these mini cakes in a ube, yellow bean, and red bean version!