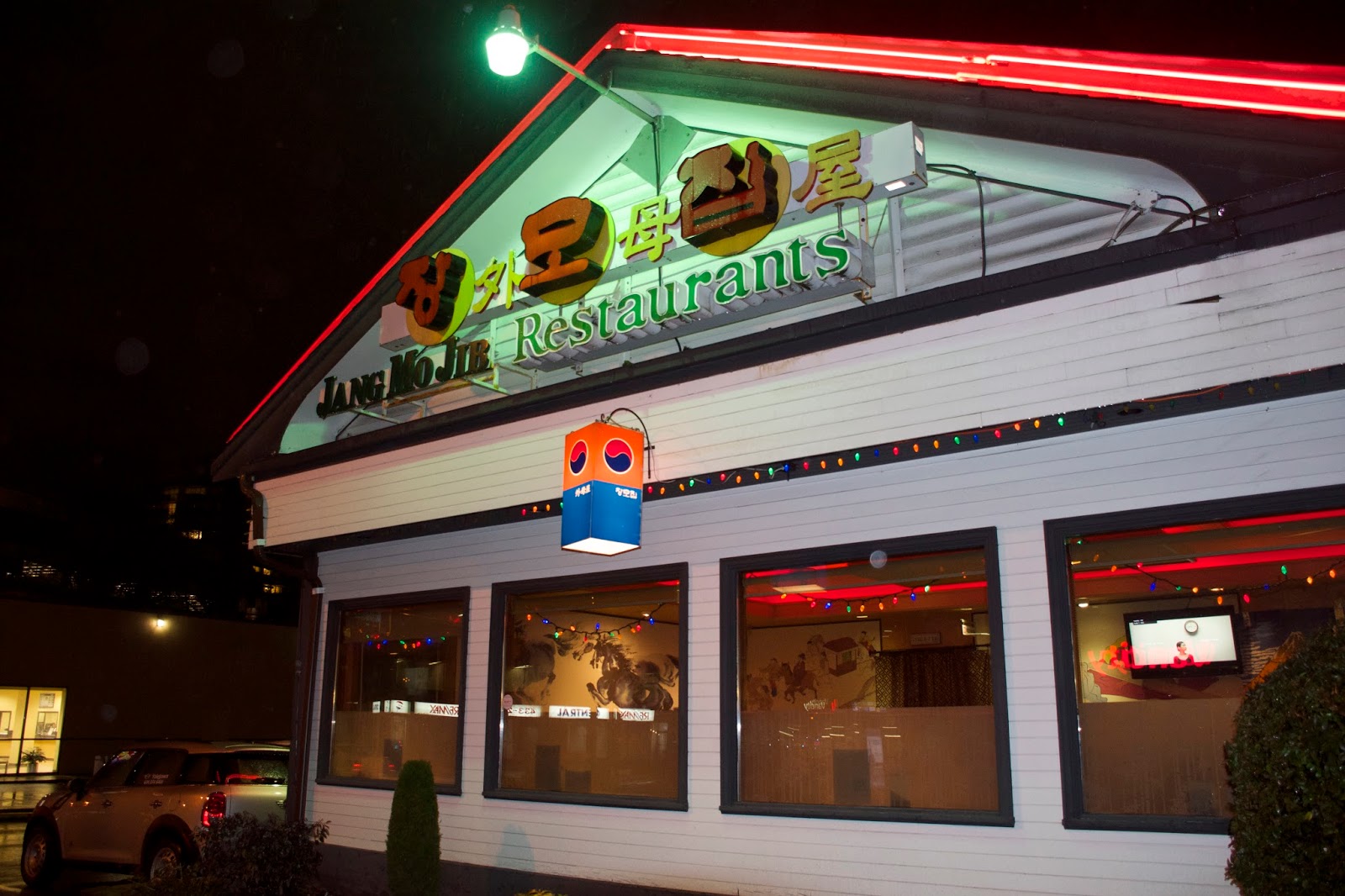 I've actually never been to Jan Mo Jib LOL. Kind of surprising considering that they were one of the "original" korean restaurant chains! After a gruelling studying sesh at the library, I was famished, and when my dad came to pick me up, we went to look for some eats! I was surprised my dad wanted to come here, he's not keen on Korean restaurants because he finds them really overpriced haha. Which is true, unless you come for their lunch/dinner specials! Since there was only the two of us, we decided against ordering dishes and instead went for their combos!

Jang Mo Jib is one of the more well known korean chains in Vancouver, with a location downtown, one in Richmond, and this one, in Burnaby! It's located near two other Korean restaurants Hanwoori (which I recommend!) and Potter's Garden. Let's just say that your best bet would be to go to the other two if you're in the area LOL

Sidenote: Yesss, I take crappy photos when I eat out with my dad LOL!! He's so impatient because he just wants to eat right away, so I don't have time to manually adjust my settings like I usually do, so I have to resort to using flash -.0 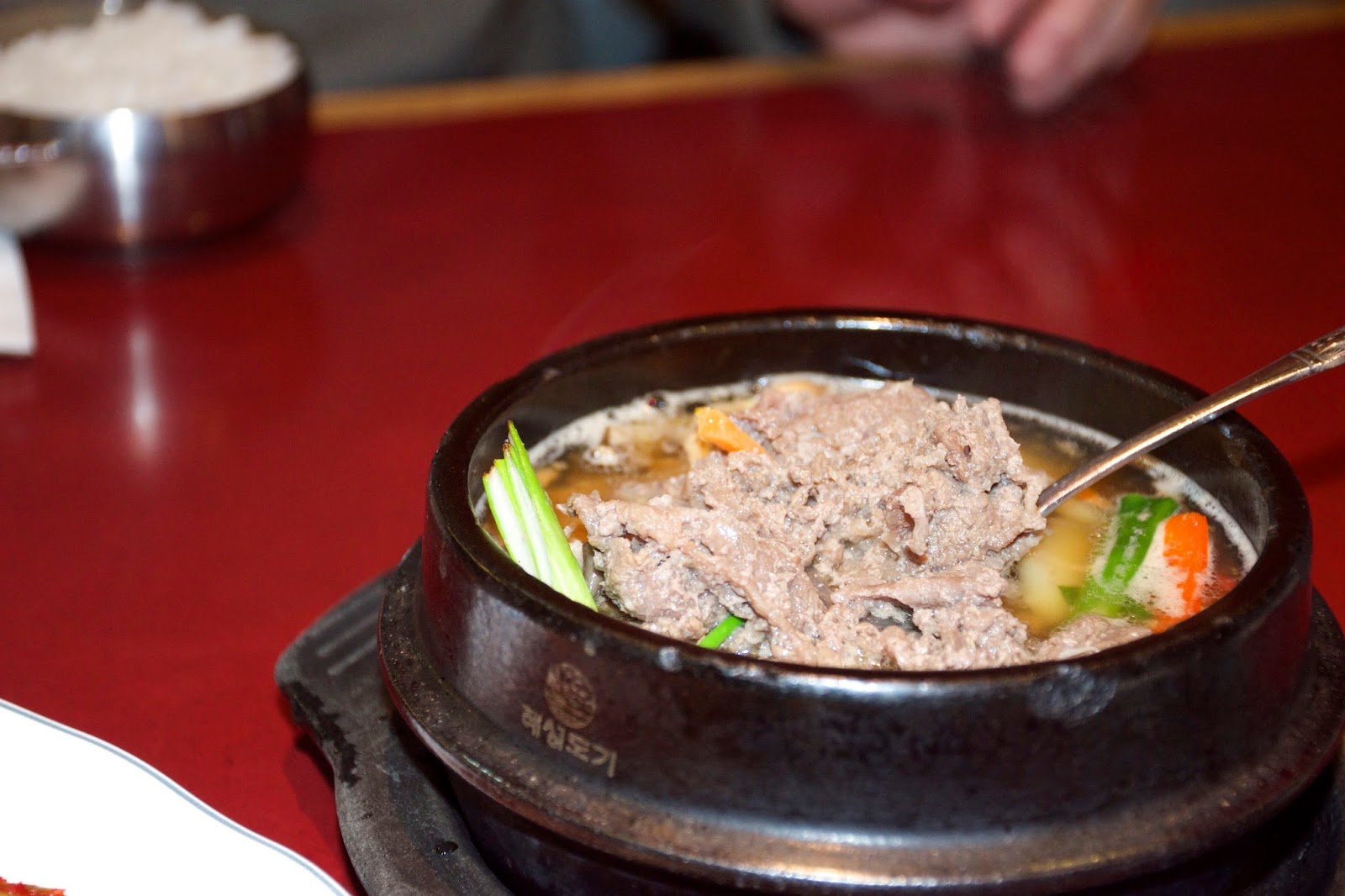 Beef Bulgogi Soup $10
2.5/5 stars
We probably should have coordinated better because we ended up ordering pretty much the same thing LOL, except this was a soup version! The only difference was the chicken soup base, and the fact that it had rice cakes and vermicelli in it! The soup base was subtly sweet with a nice finish. Both of our combos came with a side of rice! 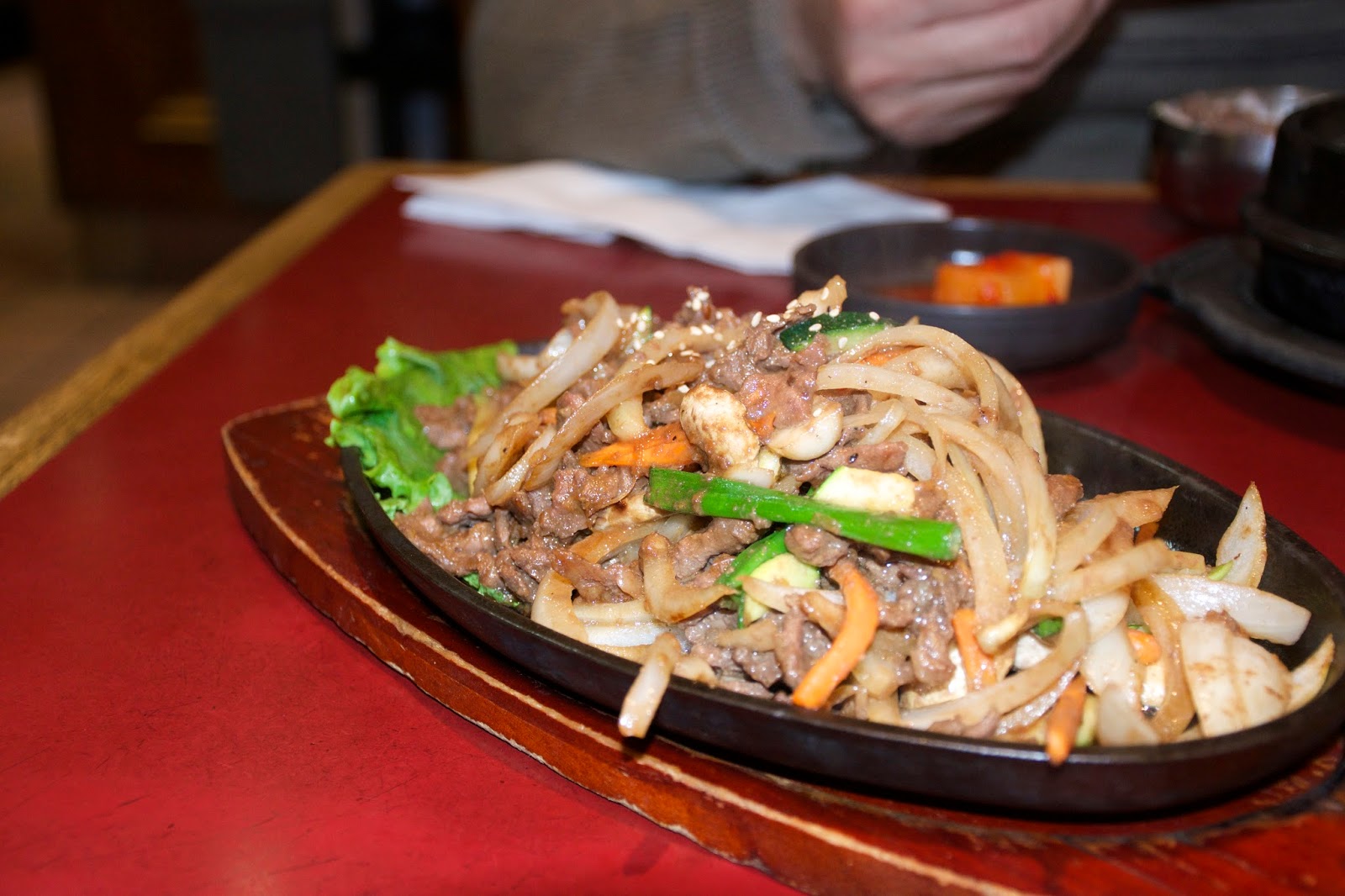 Rib Eye Stir Fry w/ House BBQ sauce $14.50
2/5 stars
This was okay. The beef was semi tender, and glazed in a generic sweet tasting BBQ sauce. Nothing out of the ordinary and probably something I could have easily replicated at home. There was a ton of vegetables in it though and the plate kept the dish warm for a long time. 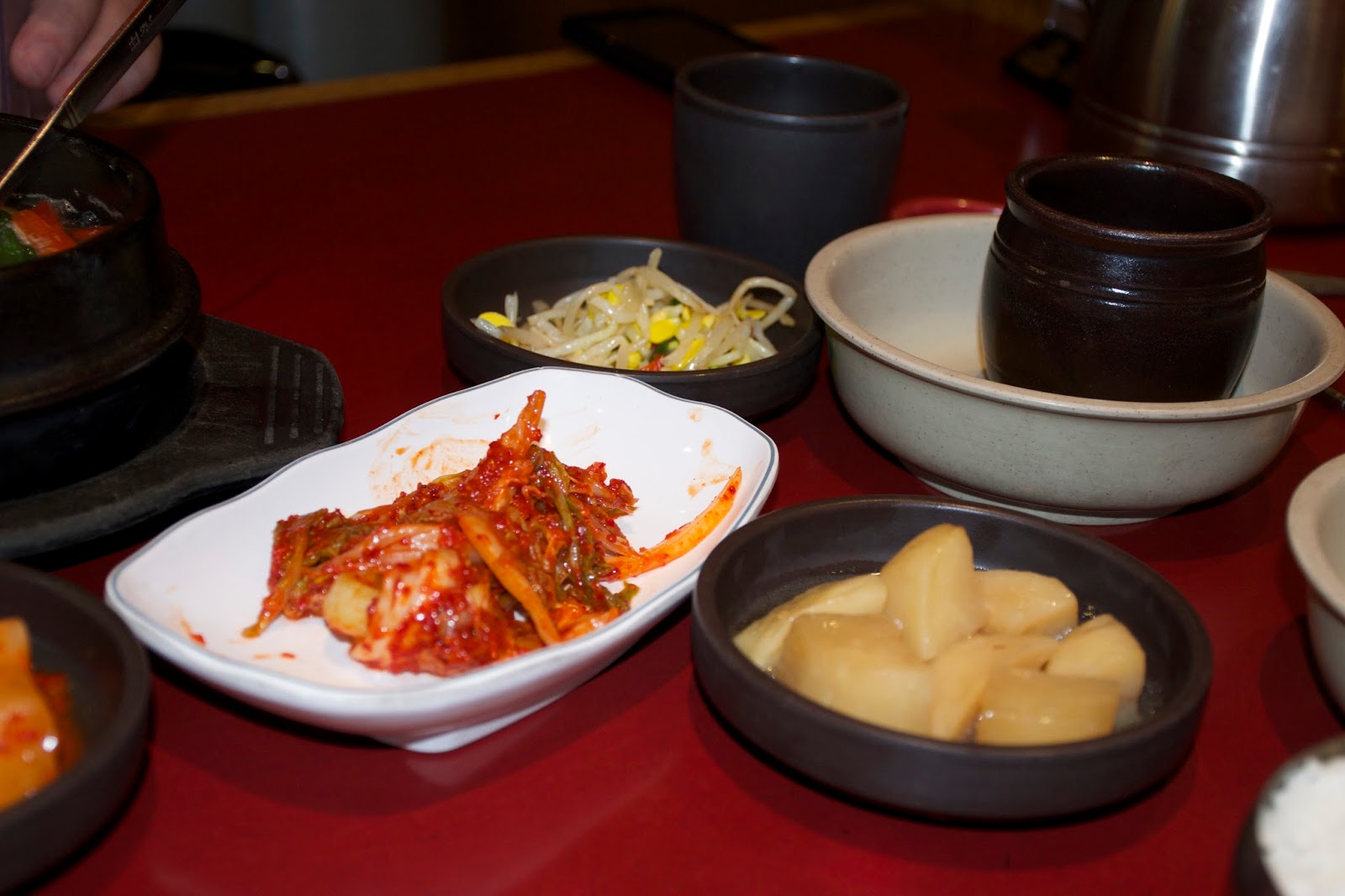 The banchan!! Decent, typical fare! It was worth noting that they gave us more potatoes haha, but you can always ask for seconds anyways!