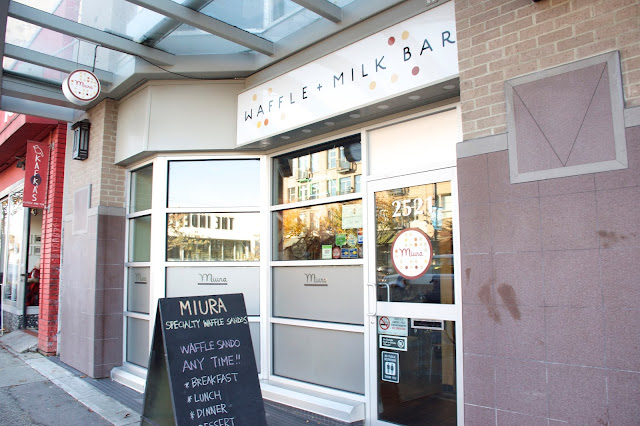 I've been craving carbs like mad lately LOL! Bagels, muffins...just bread, in general!! But I didn't want any ol' sandwich. Nu. My palate craved something exotic, exciting, different...Miura happened to fit both requirements! Fusion Korean waffles! I've been meaning to try out Miura for the longest time, but never really got around to it because I'm never in the area! They were even featured on the Food Network's "You Gotta Eat Here!" which is the Canadian version of "Diners, Drivesins, and Dives" LOL, which I use to watch all the time in high school haha!

When I was making my way to Miura I noticed Rosemary Rocksalt and Noodlebox next door, and Frenchie's across the street, which I'm sooo trying out next time!

Rosemary Rocksalt supposedly has the best bagels in the city! I can't remember the last time I had a bagel...probably 2 years ago...from Superstore LOL! So suffice to say I've never had a "real" bagel. I know, all you New Yorkers out there are probably appalled right now LOL! 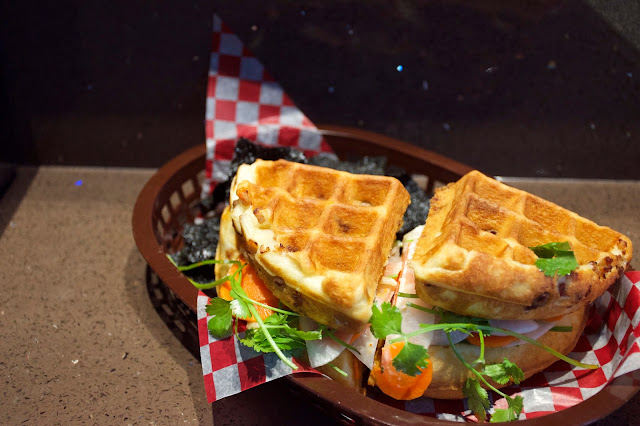 Hoisin Waffle $11
2/5 stars
This was a huge disappointment...the description said that this had hoison pork sausage in it, but it was actually just minced pork inside the waffle itself! I was expecting an actual sausage! I felt ripped off LOL...the only fillings in the sandwich were the radish, carrots, and cilantro. The whole thing just tasted like siracha. The siracha completely masked the flavour of everything so I ended up eating the waffles separately.  The waffles themselves were tasty though, pillowy, soft, and sweet-savoury, but they get soggy, fast!
Maybe I should've ordered their signature bulgogi or one of their sweet waffles haha! I'm willing to give them another chance though! 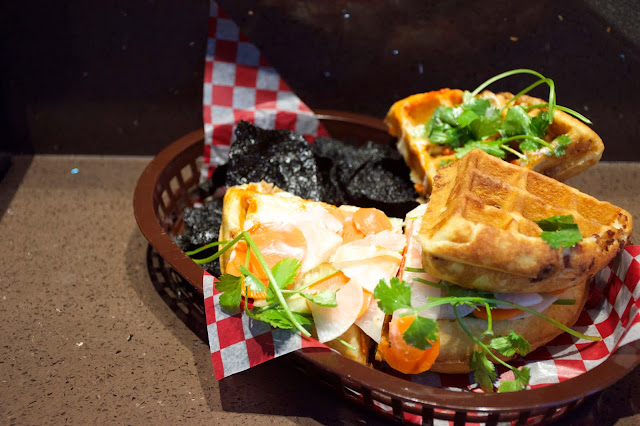 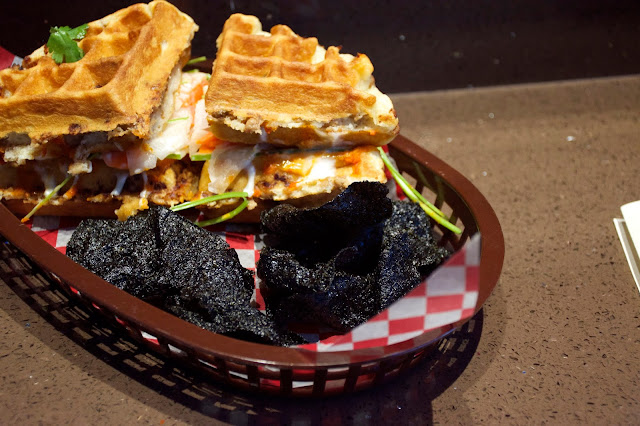 Nori Chips Combo + $2.99
3.5/5 stars
Not going to lie, this was probably the best part of the meal LOL! The nori chips are a new addition to their menu and you can order it separately or in a combo! The chips were super light, airy, crisp, and tasted really fresh! Since they're so light it probably wouldn't be hard to eat an entire bag of these LOL!