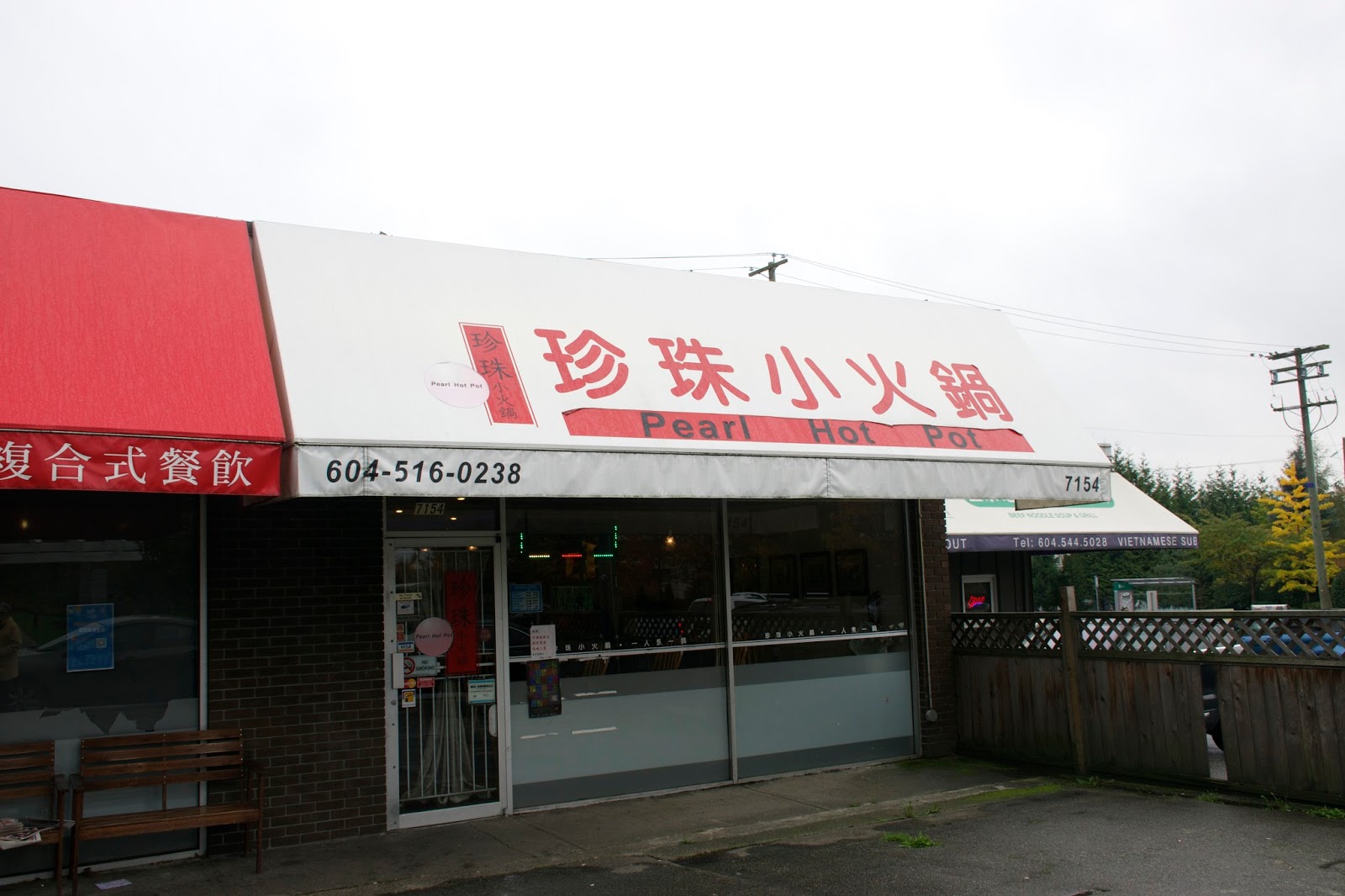 It was rainy, gloomy, and downright miserable yesterday. The perfect weather for hotpot!! Actually, I love hotpot so much I eat it in the summer (no really!) with bullets sweating down my face LOL! Located right beside Pearl House (their sister restaurant) Pearl Hotpot specializes in Japanese style Taiwanese hotpots. Personal shabu shabu pots, with a Taiwanese twist!! I ate hotpot pretty much every week when I was in Taiwan, and I have to say, Pearl House is pretty authentic, and very similar to what you would get in Taiwan!

On an unrelated note, something really funny happened yesterday: When I was ordering ice water at starbucks (which I do alot) a group of teenagers were sneering at me "She's too poor to buy Starbucks" LOLOL!! Pshh, people are so judgemental these days LOL! And then they proceeded to look me up and down!! Wow, attitude haha!! But I don't care what people think, and I'm too cheap to pay $2 for water, so I'm going to get free water haha! Who's with me?! 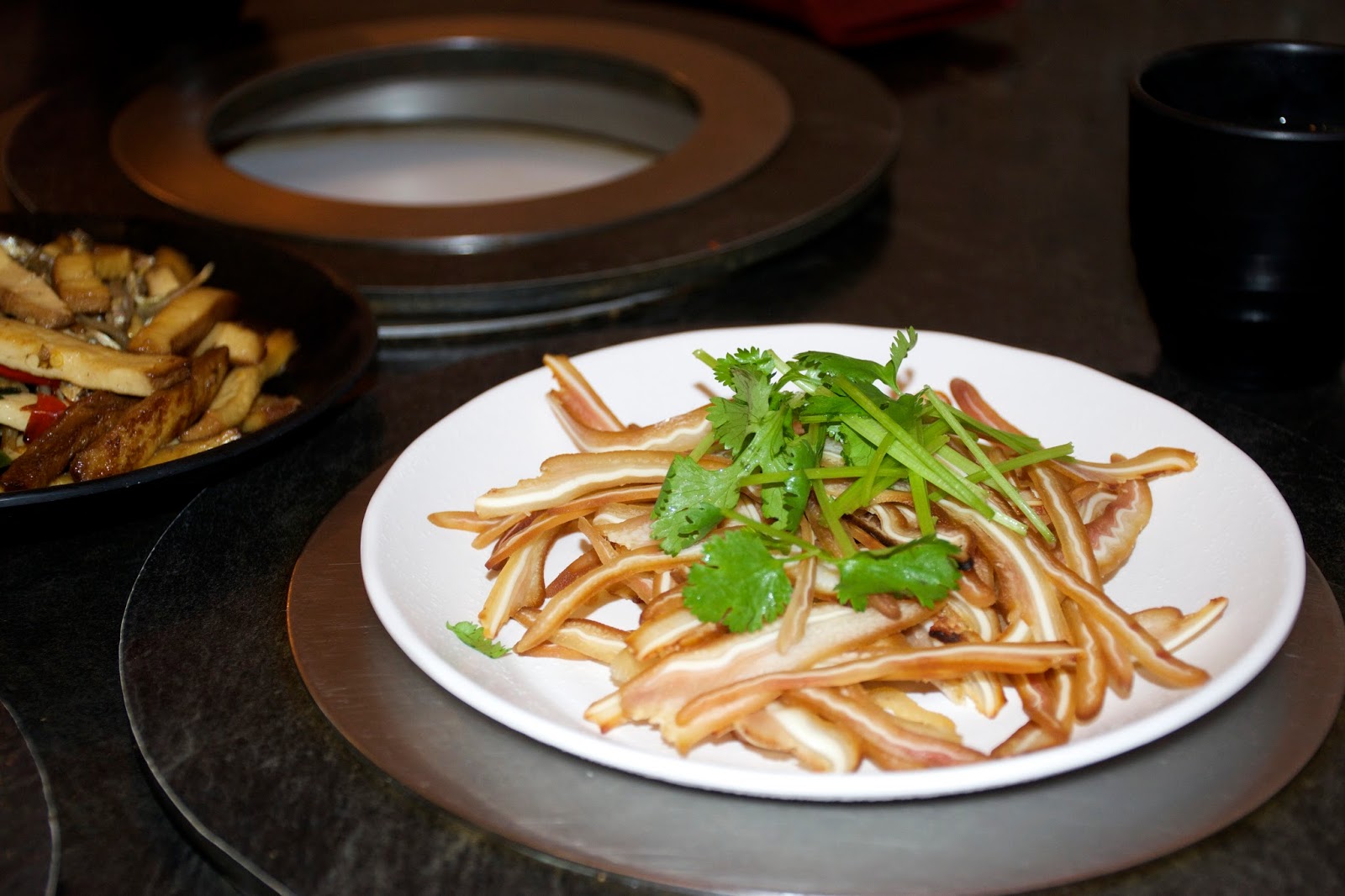 Taiwanese Smoked Pig Ears $3
3.5/5 stars
These were wayy better than I was expecting! The ears were crunchy (albeit a bit dry) and had a really strong smokey flavour! And for the price, the portion size was quite large, so we ended up packing half of it home! 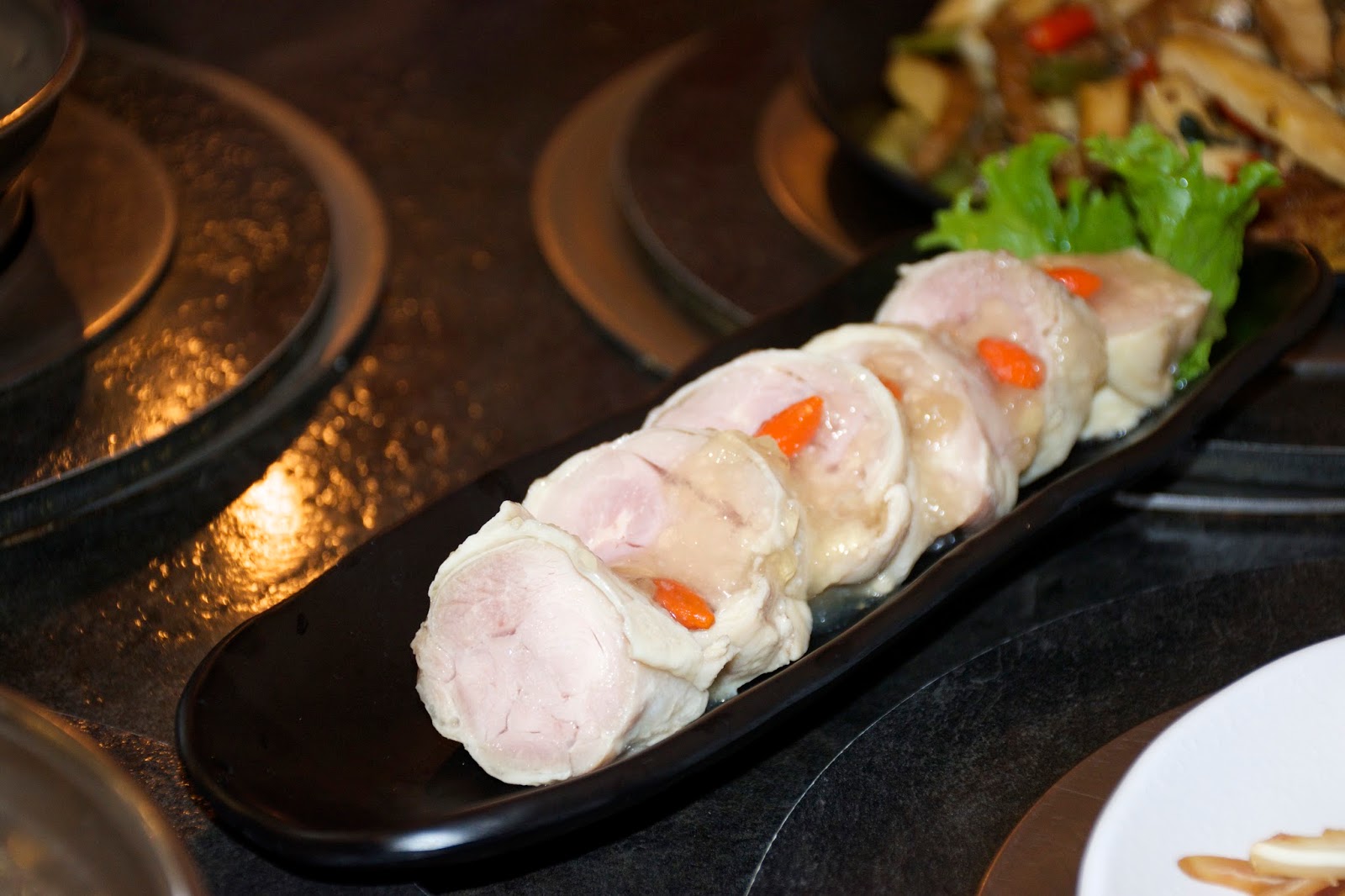 Drunken Chicken $4
3/5 stars
For a hotpot joint, this was pretty good as well! The chicken was boneless, and cut into cute circular pieces! The skin was smooth, and there was indeed a strong wine flavour! 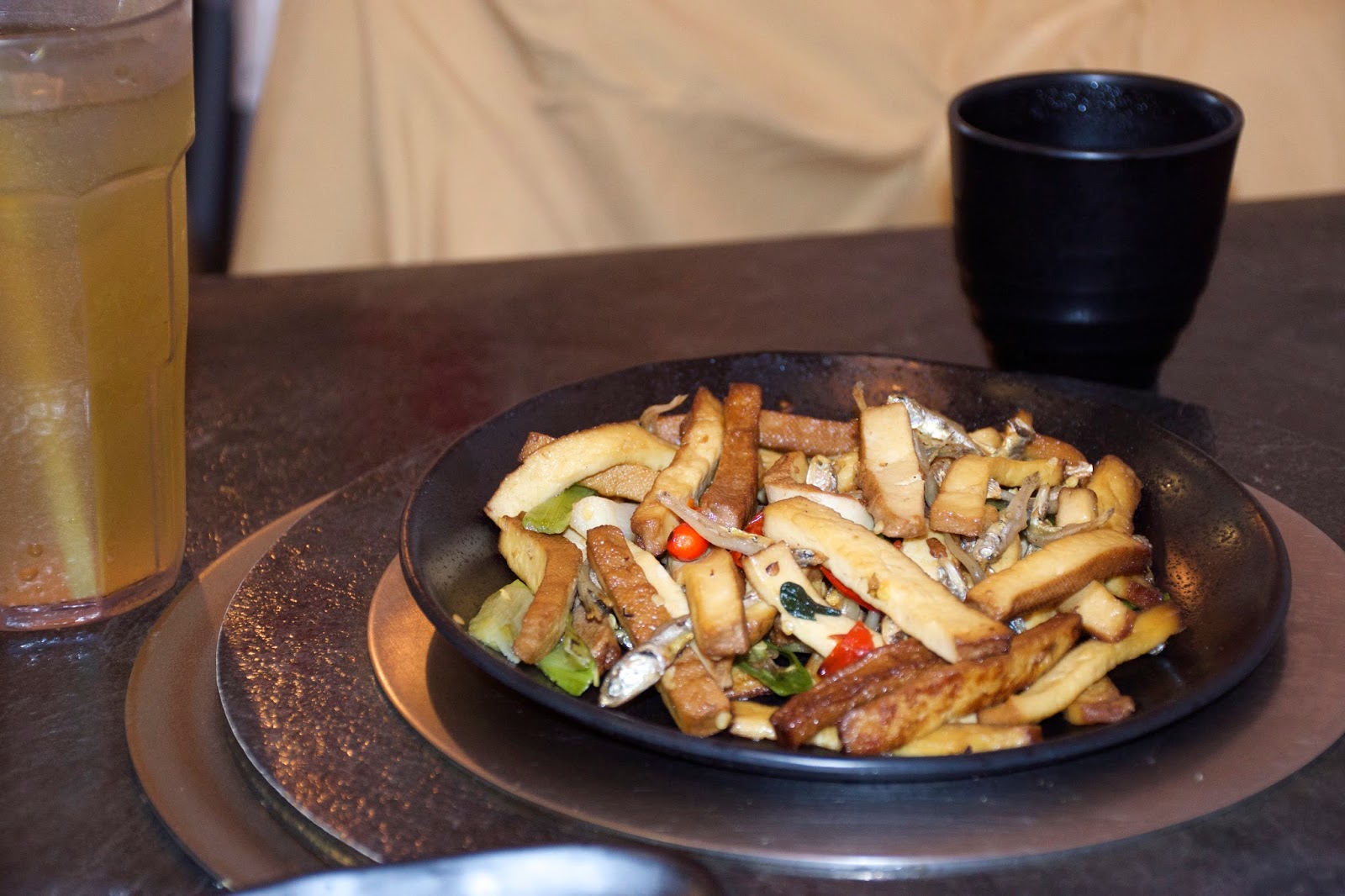 Spicy Beancurd $3.50
3/5 stars
Woww, this was actually really spicy! Even my grandma couldn't handle it LOL! Other than that, the bean curd pieces were well flavoured and firm! Not a bad deal, imo! 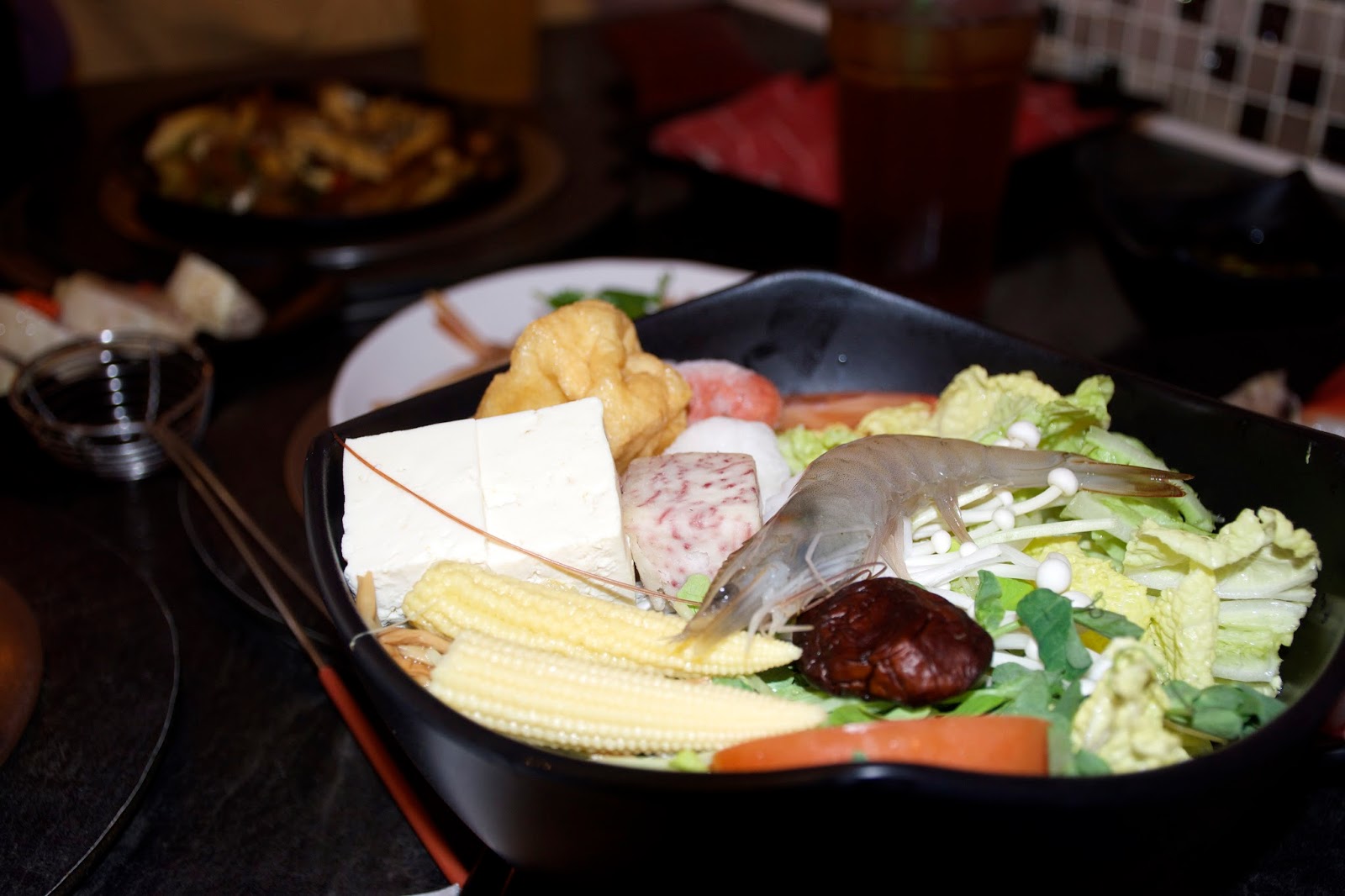 Vegetables, Tofu, Taro, Seafood
3/5 stars
All of the hotpots come with a free side of veggies/seafood! This one was pretty standard, and mainly used the veggies as a filler. There was also some squid in it! 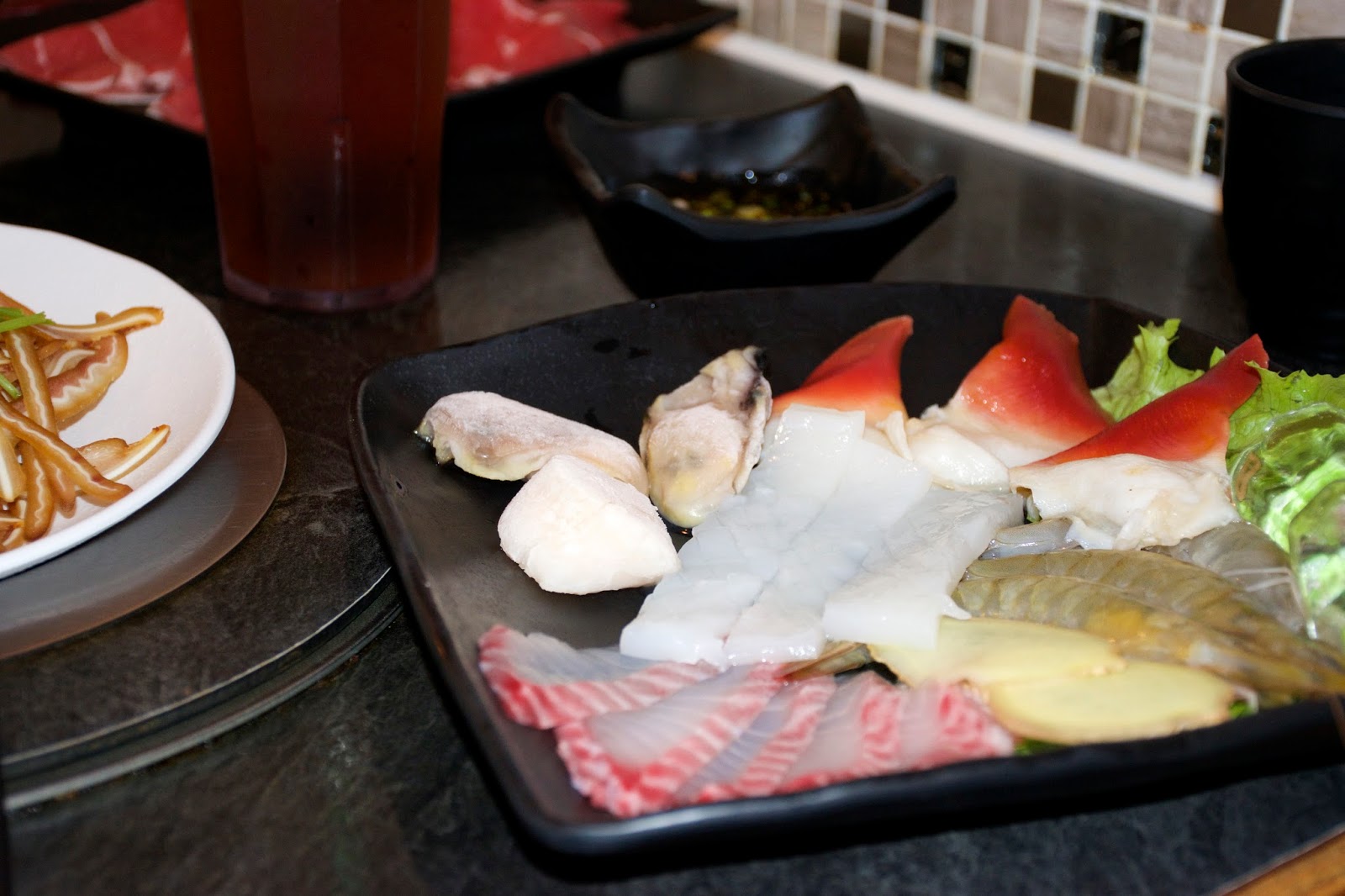 Seafood Combo $18
3/5 stars
This was what I ordered! This was alot more than I was expecting haha. Everything tasted reasonably fresh (by frozen seafood standards.) 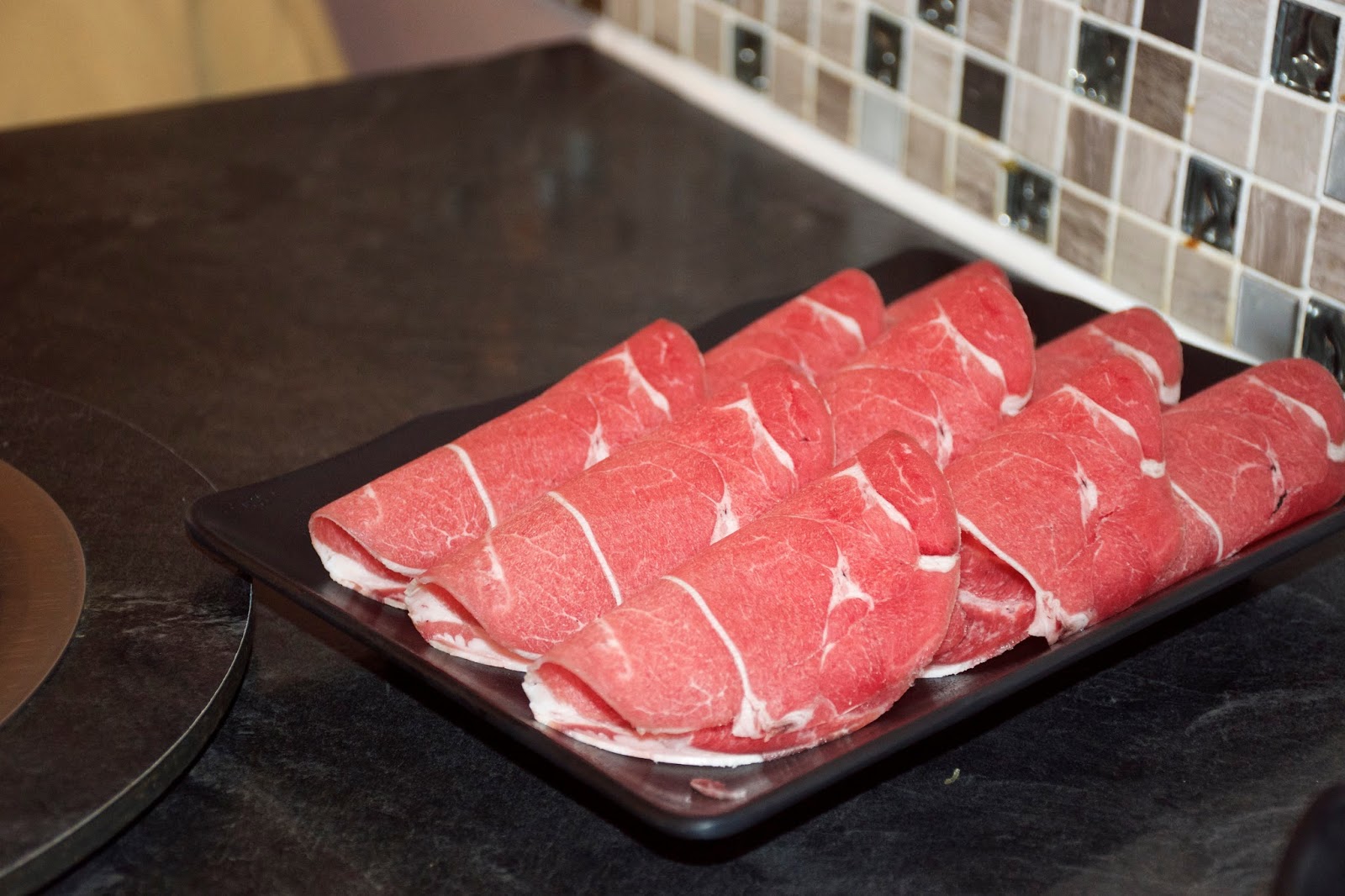 Lamb Combo $15
2/5 stars
My grandma got the lamb because she doesn't eat lamb that often! The lamb pieces were neatly arranged and sliced really thin. The pieces were tender, and had a slightly gamey flavour. 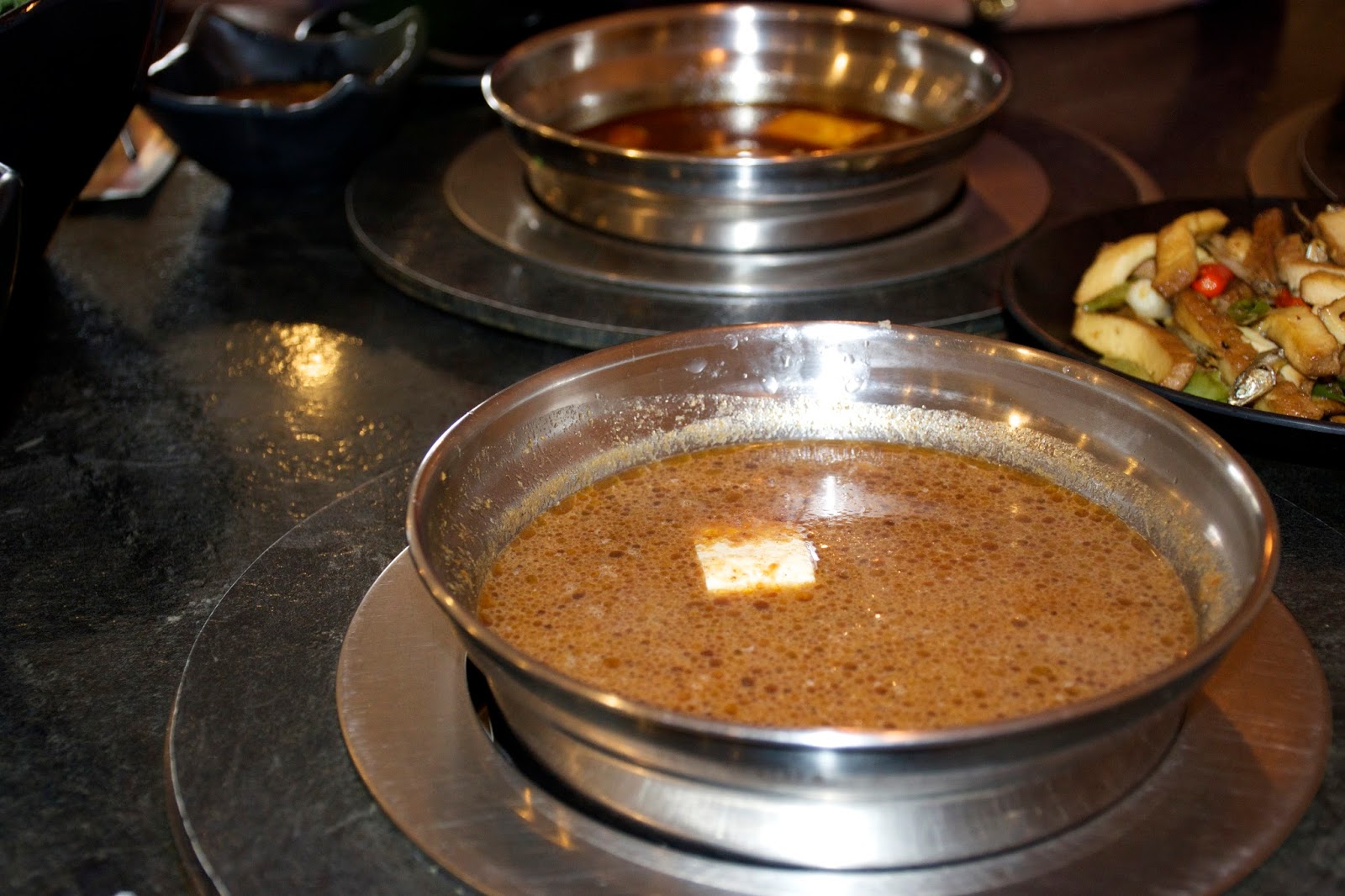 Satay Soup Base $3
3.5/5 stars
I loveeee satay sauce hehe, so obviously I had to get this! I was pleasantly surprised! The soup didn't taste watered down at all and the satay flavour was really strong! 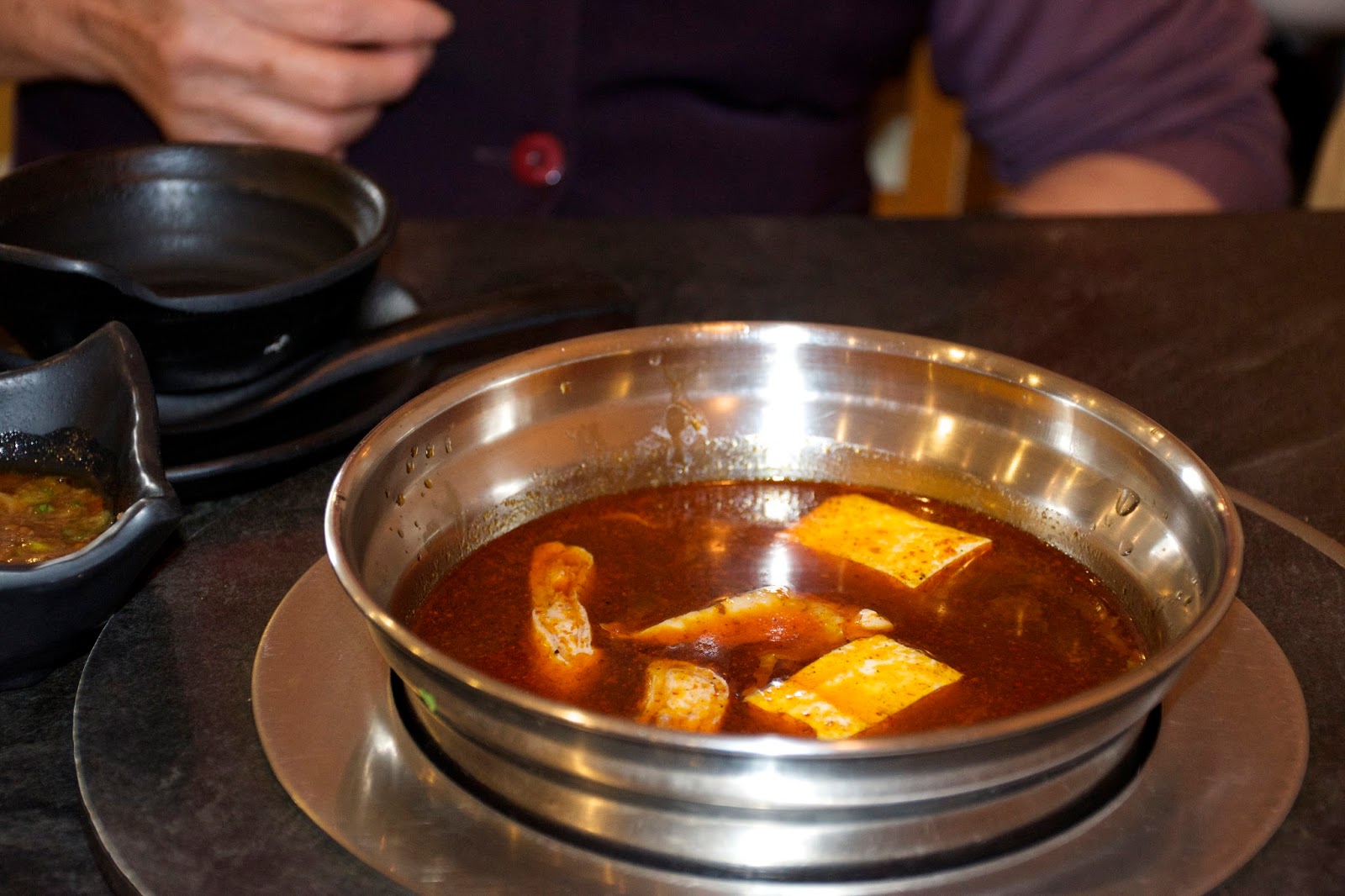 Malai Spicy Soup Base w/ Intestine, Pig Blood, Tofu $7.50
3/5 stars
My grandma loves splurging LOL, so she got the priciest hotpot base on the menu! She said that it wasn't spicy enough but she still enjoyed it! Especially the chewy pieces of intestine haha! 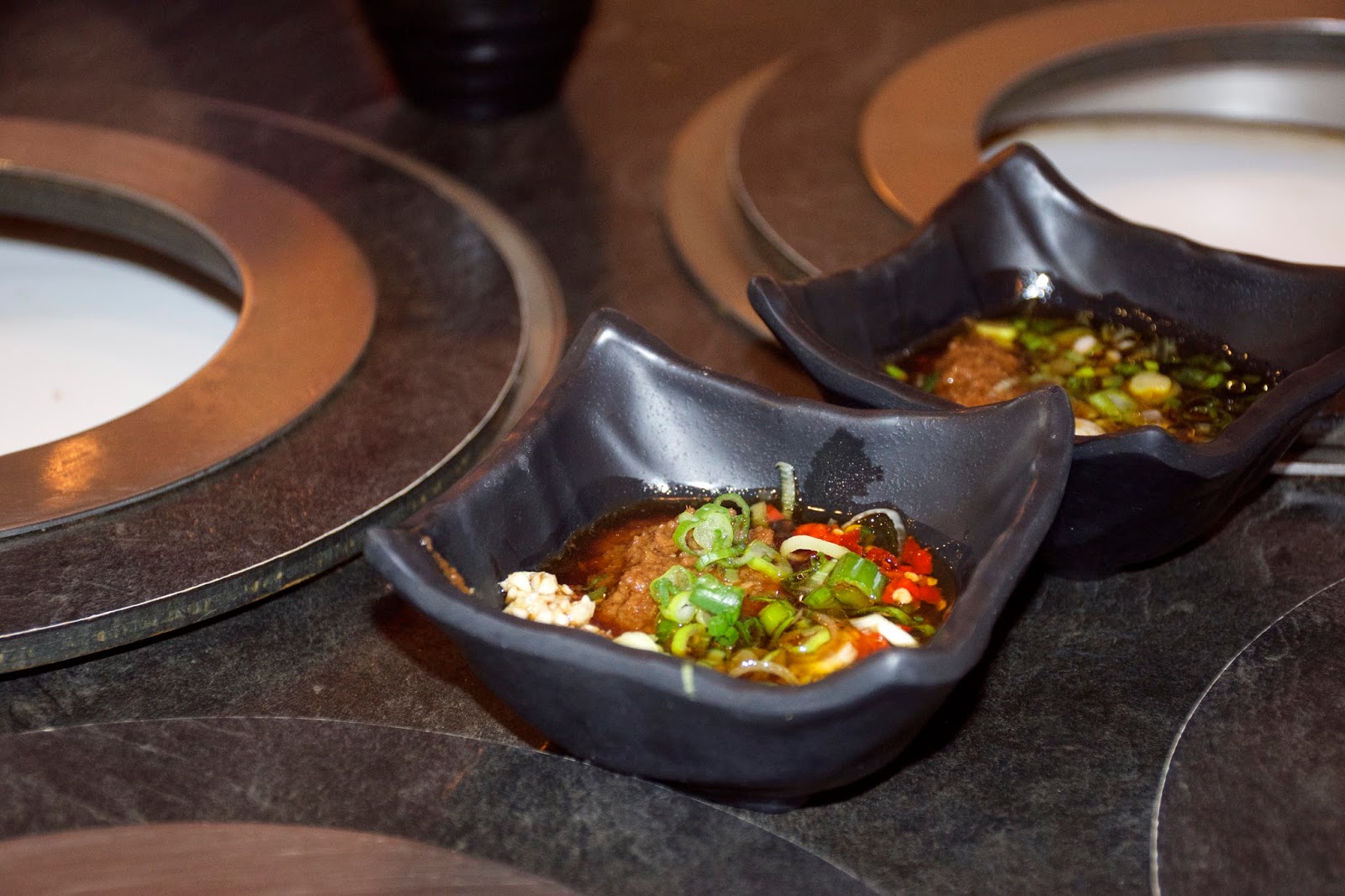 Satay Dipping Sauce
3.5/5 stars
I really liked this! Each hotpot comes with a side of dipping sauce for you to dip your meat/veggies in! This concoction had satay sauce, green onions, sesame oil, vinegar, soy sauce and sugar in it! A little on the salty side, which resulted in it being very flavourful. You also have the option to have it spicy or nonspicy! 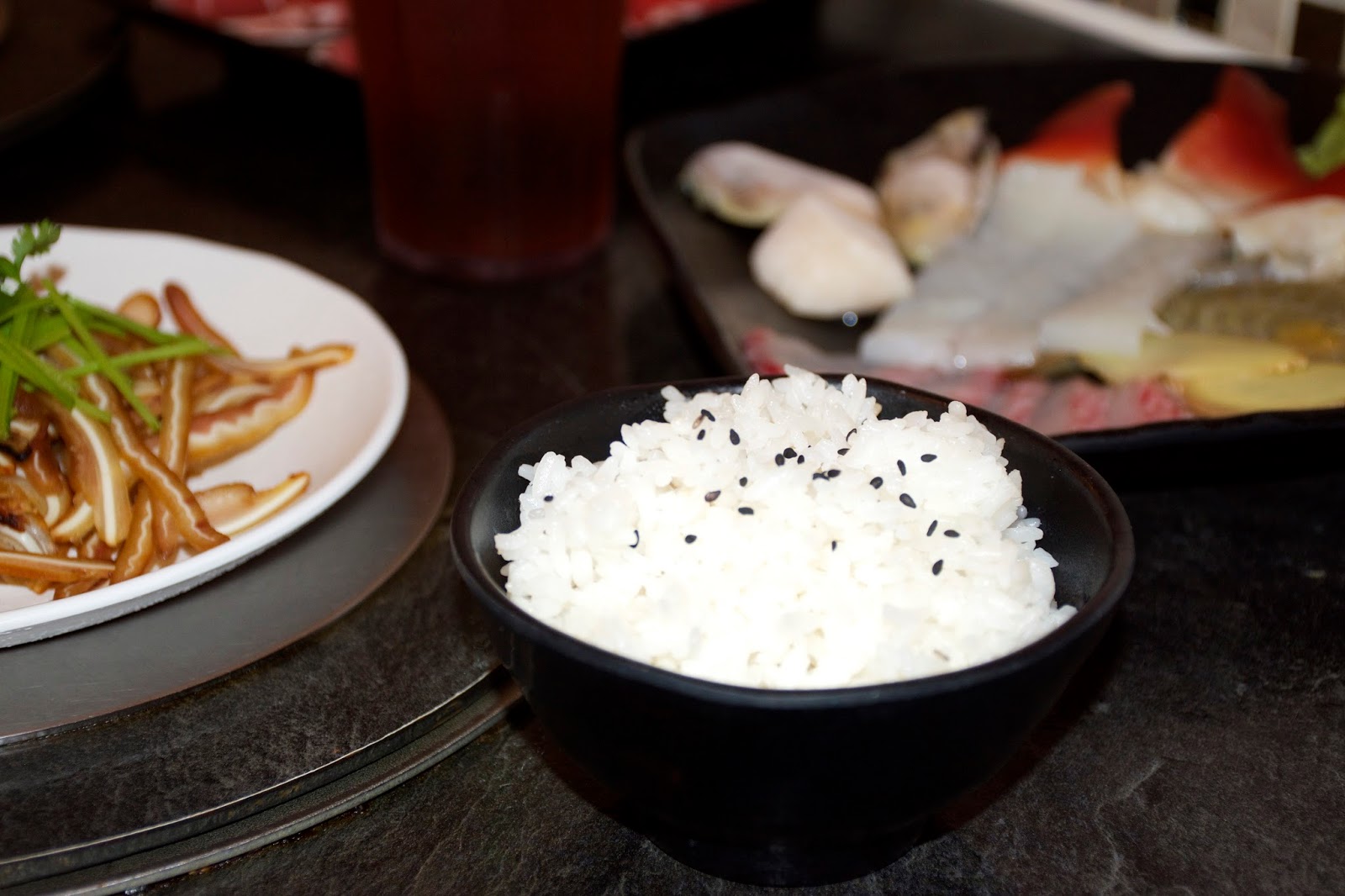 Gotta have my rice! Taiwanese style short grain rice! I ended up ordering another bowl hehe! You also have the option to get udon instead if you're more of a noodle person! :D 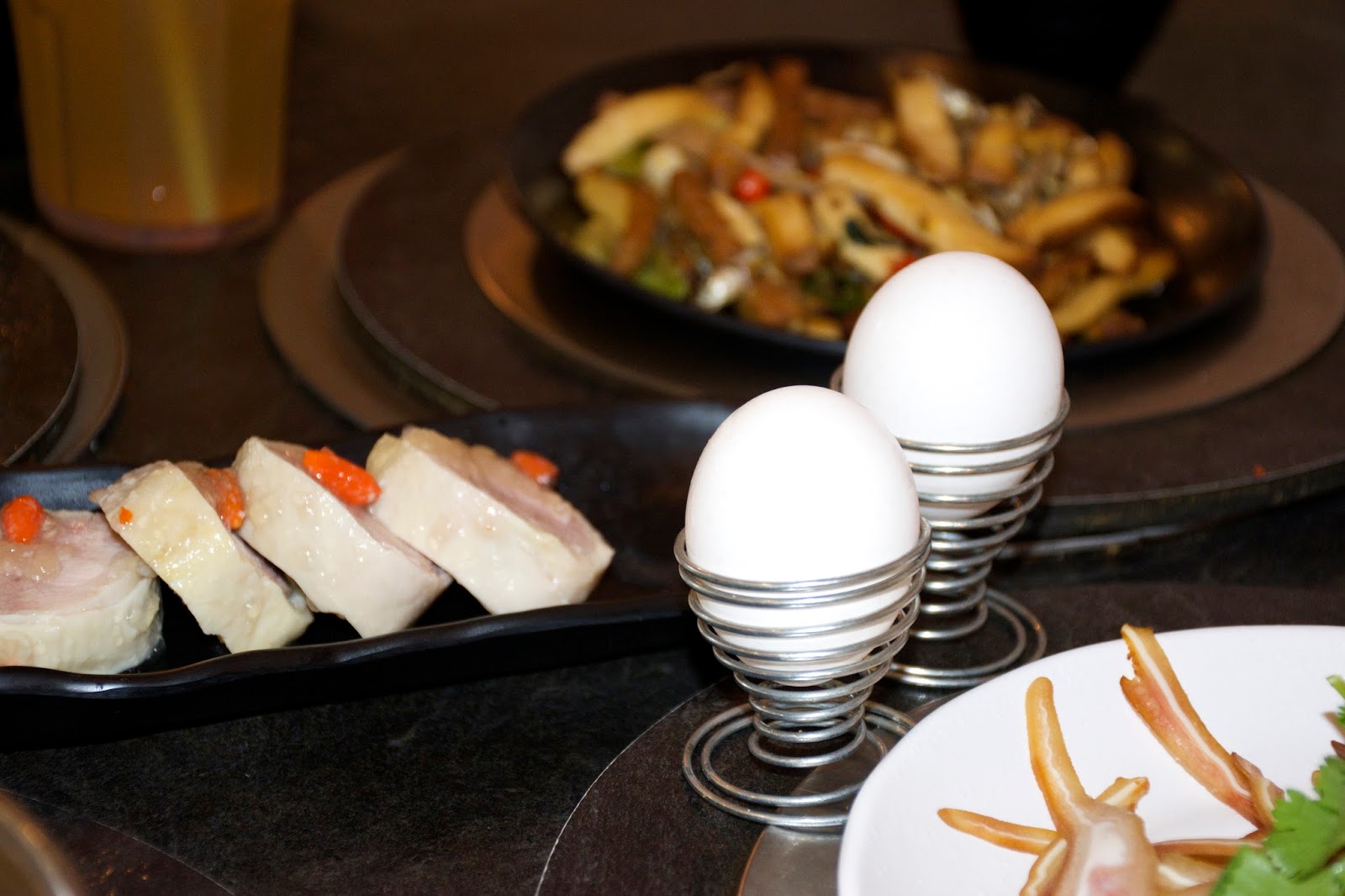 They also give you two tiny eggs for your hotpot! They actually forgot to bring it to us so we had to ask for it! The Cantonese way to eat your egg is by pouring the soup from the hotpot and cracking your egg into the bowl, so the heat from the hotpot cooks the egg! 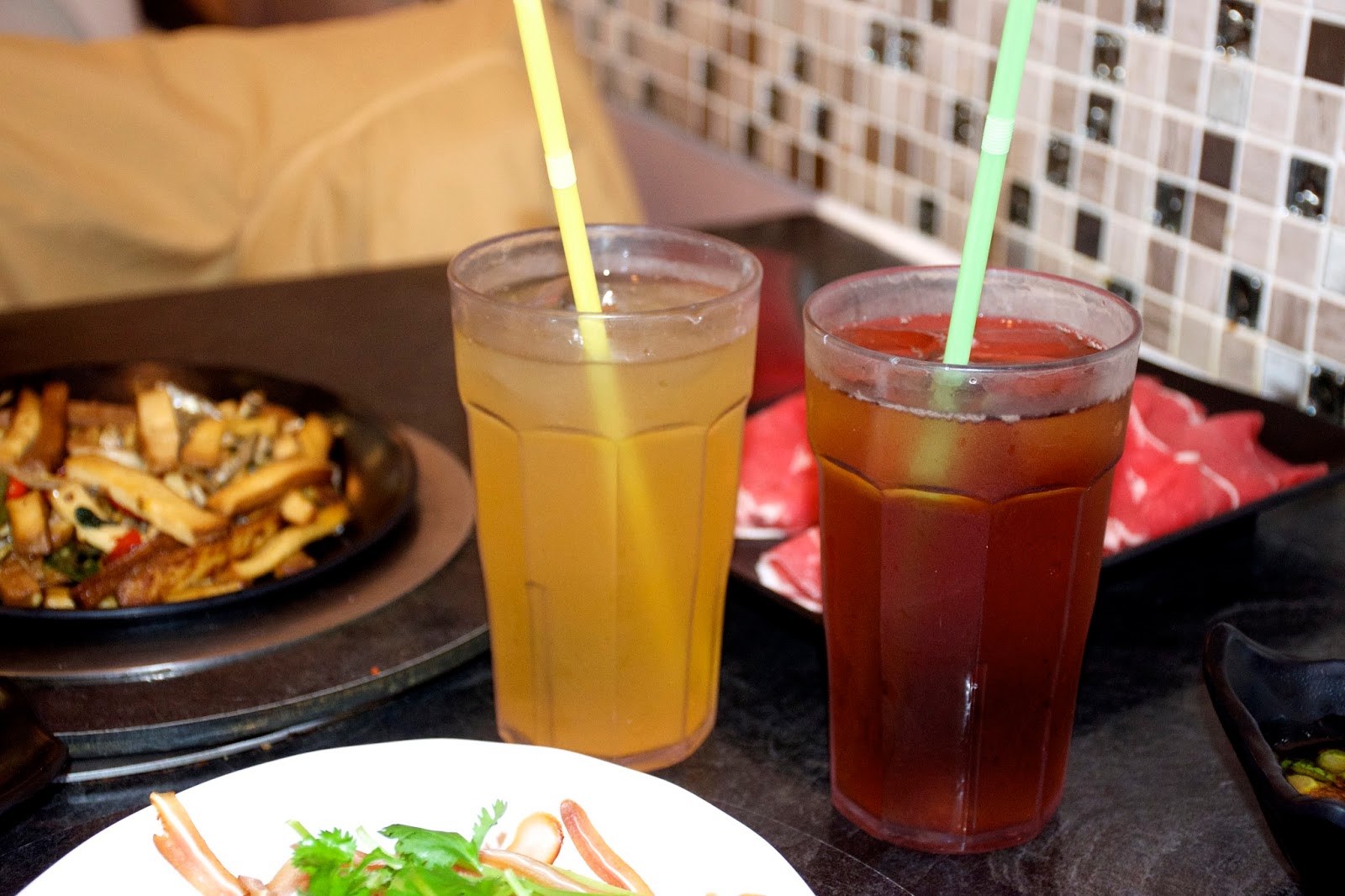 Green & Black Tea
3.5/5 stars
These were also included in the combo! The tea was nicely sweetened, really refreshing and helped us cool off from the steaming hotpot haha! 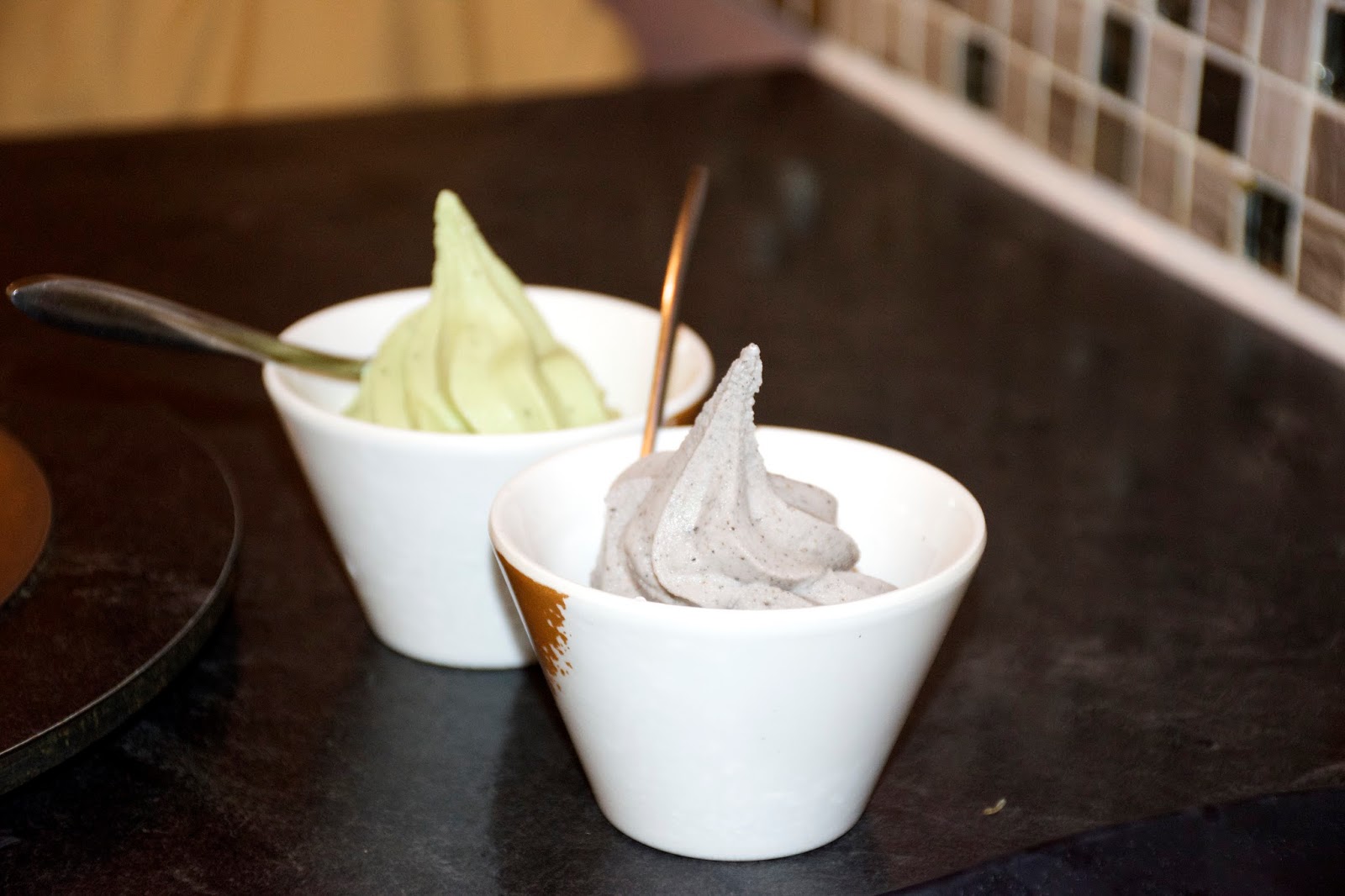 Sesame & Matcha Icecream
2/5 stars
Heh, I was surprised they actually had some good flavours instead of the generic vanilla or chocolate! The ice cream was actually pretty thick, not too icy or overly sweet according to Grandma. I didn't try any though because these probably had modified milk ingredients in it, which I'm allergic to! 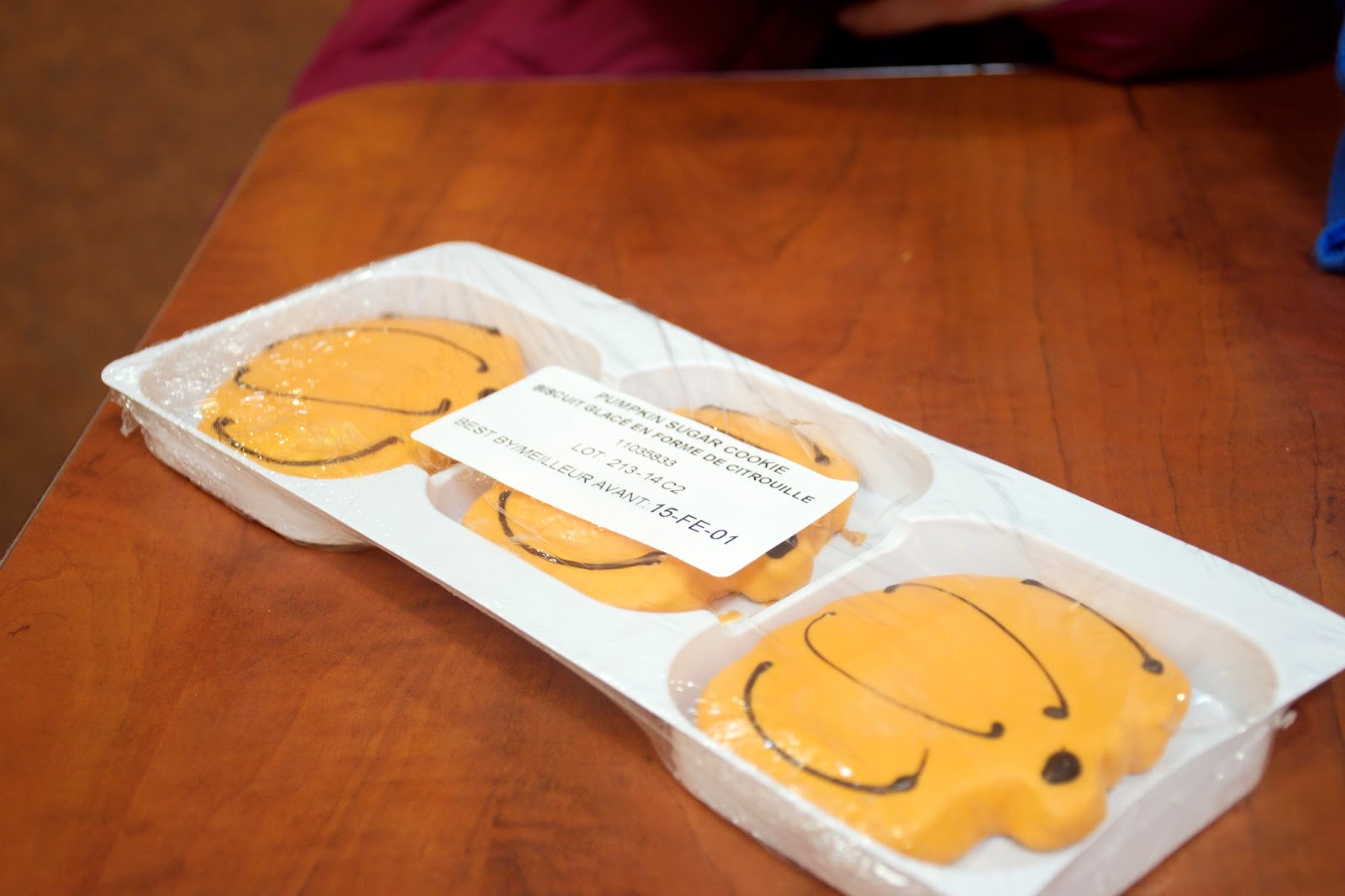 I also got a pack of pumpkin cookies from Starbucks that was on sale for $1 each in packs of 3 LOL!! I mean, how could I resist? They're pumpkin shaped cookies!! They usually go for $2 a piece, but since Halloween's over, they had them for $1! And they're good till 2015!! ;) 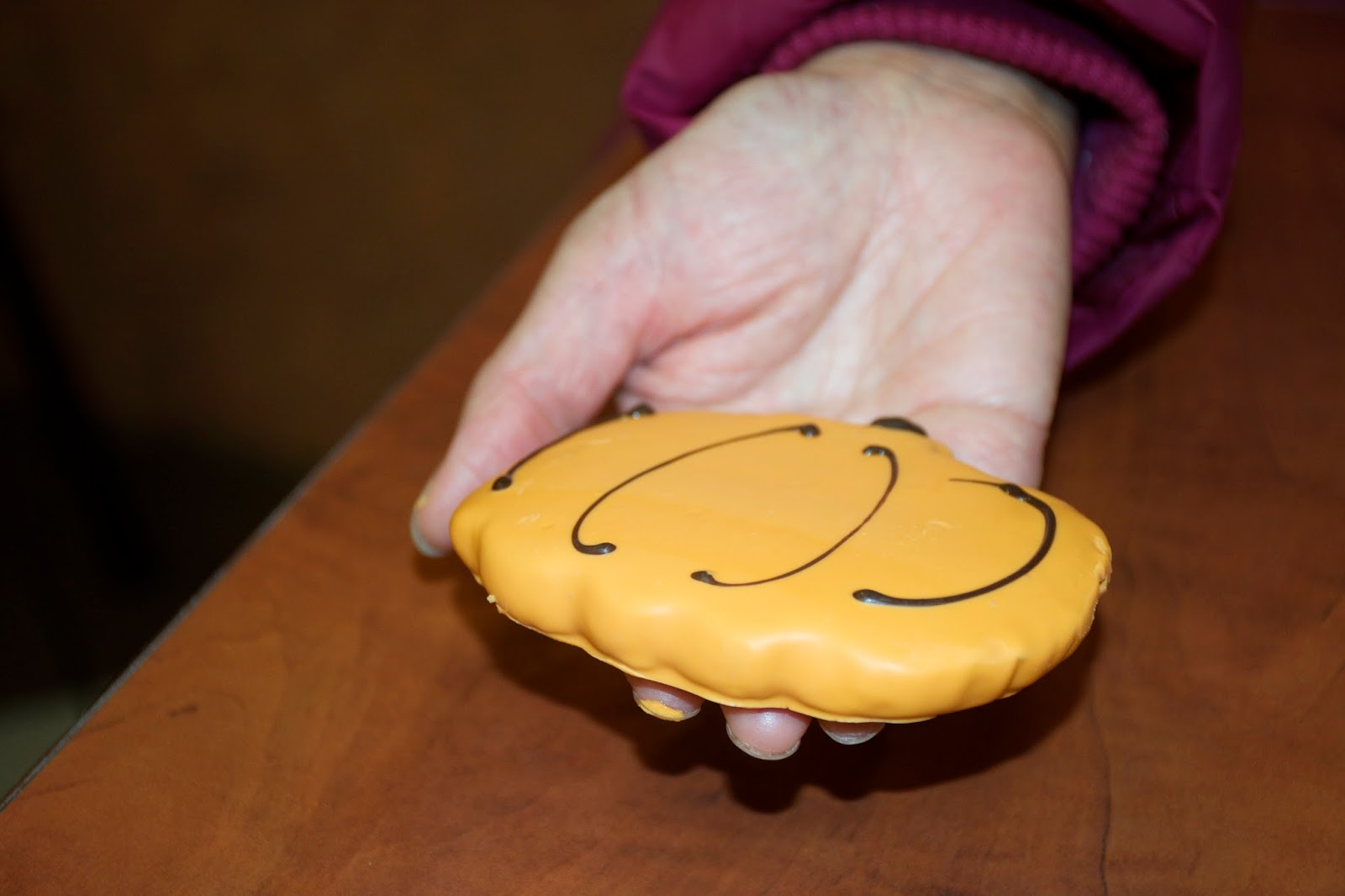