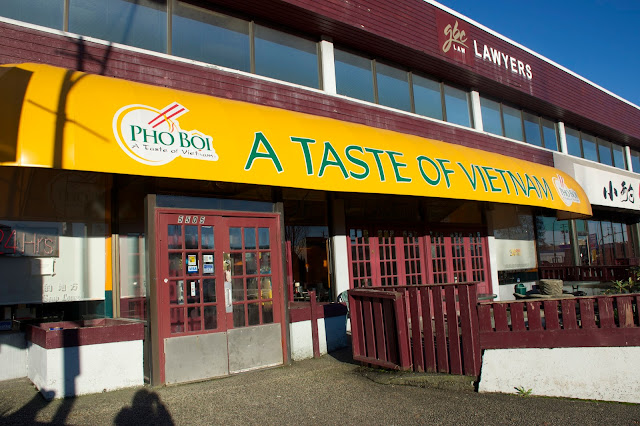 I've heard bad things about this place. I went anyway. What were you thinking Selina? I wanted to see if this place was really that bad LOL!! Okay, I'll admit it, it was bad, but it was totally predictable! I don't know about you guys, but when you eat a really GOOD bowl of pho, you can tell that it was made with loveee LOL! It just tastes different! I swear I'm not making this up! Right?! Well, that, Pho Boi lacks.

Pho Boi replaced the former Pho Hoa that went out of business. But I have a sneaking suspicion that its the same restaurant, but rebranded under a different name lol! They also have two other locations in Coquitlam!

My guess is that Pho Boi caters to the Western palate, the food's not authentic and nothing is spicy! Their menu is pretty funny though, they separate it into three different categories: beginners, regular, and the adventurer's choice! 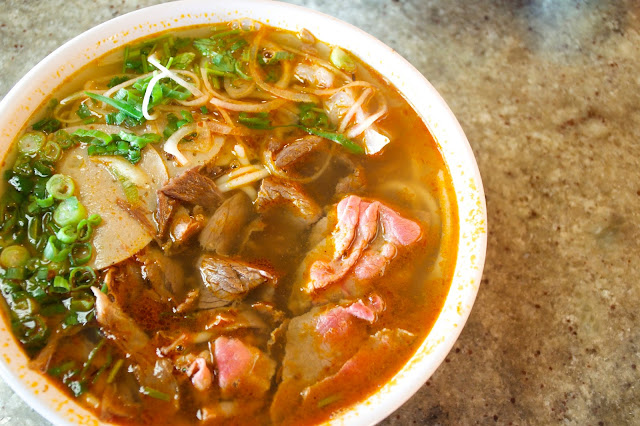 Bun Bo Hue $9.50
1.5/5 stars
Sorry, the lighting in here was so weird haha! Mid-afternoon sun streaming in from the windows is really hard to work with lol!

This was...barely passable. Full to the brim with msg that left me thirsting for copious amounts of water, and I barely drank any of the soup! The broth was really sweet and wasn't spicy at all! Too one note, and lacking in depth. And do you notice something missing? Where's the pork knuckle and pork blood?! All this had in it were beef slices and ham! The noodles were decent though, and there was a lot of meat in there, hence the 1.5 star. There were also a few slices of rare beef and the broth was hot enough to cook it.

But I didn't expect much from a franchise anyway haha! 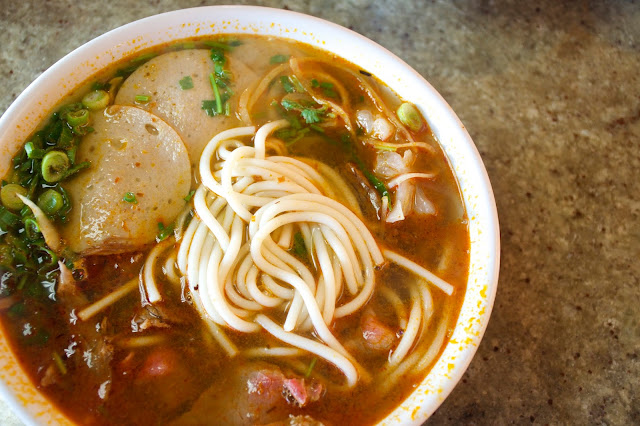 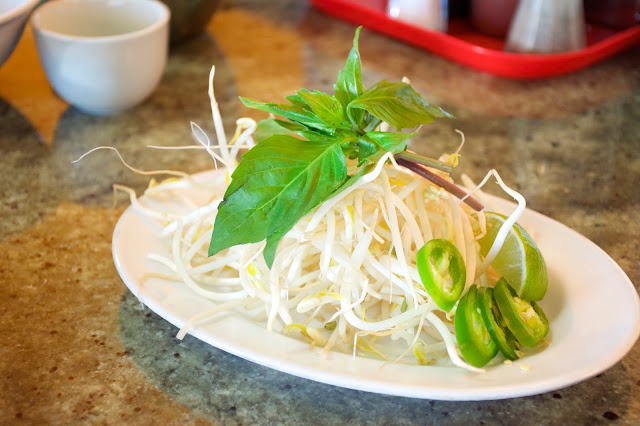