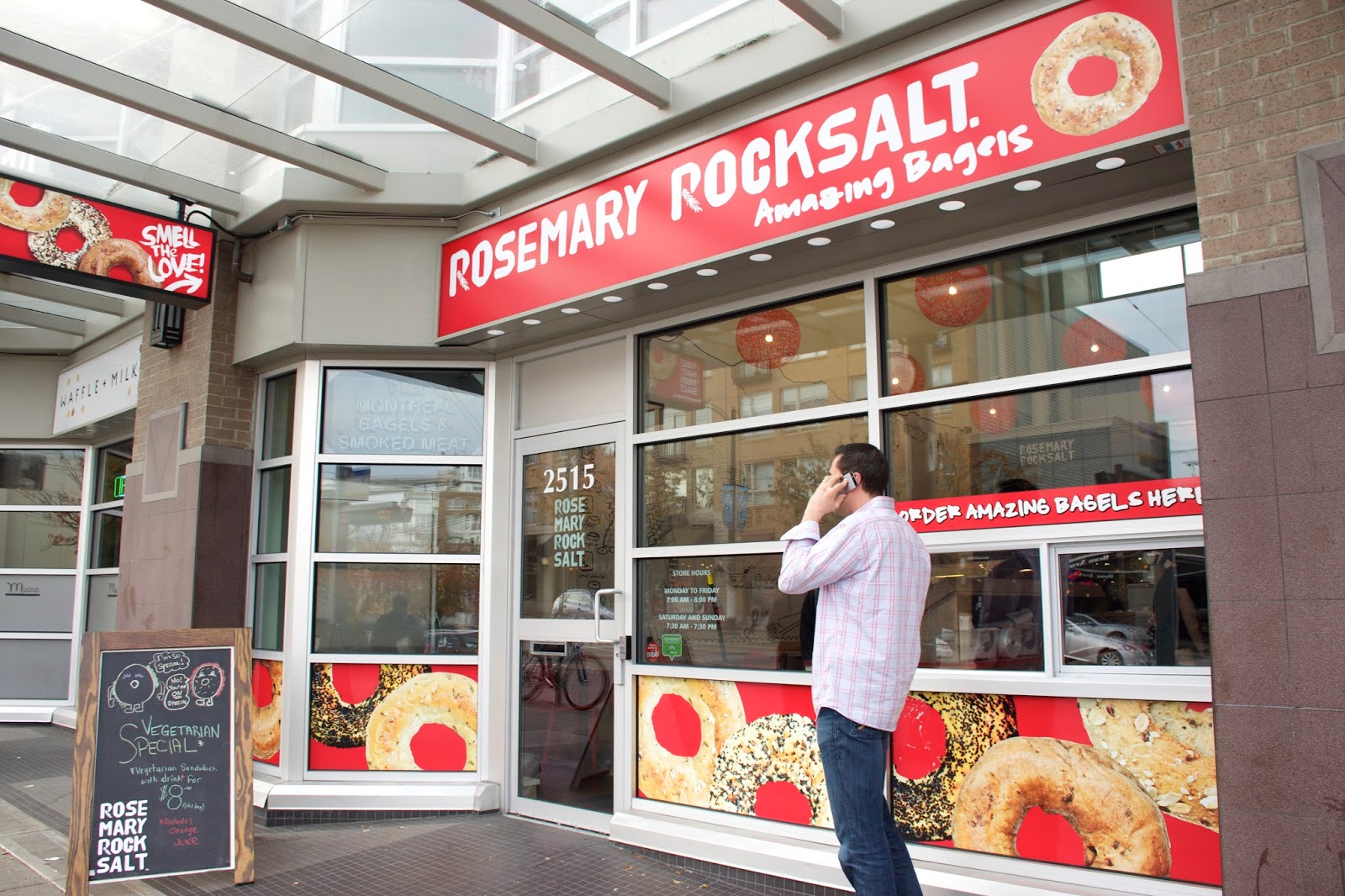 Soo, I've been having a hankering for a good ol' bagel lately. And ever since I spotted Rosemary Rocksalt on my way to Miura Waffle Bar, I've been dying to try it out! I've actually never had a "proper" bagel LOL, the last time I had a bagel was from superstore 3 years ago...haha. But Vancouver isn't really known for their bagels anyways haha, New York bagels is where its at!! ;)

Rosemary Rocksalt is the sister store to the famous Segel's Bagels on the West End, soo my expectations were high! They're known for their namesake Rosemary Rocksalt bagel and their montreal smoked meat, which is supposedly as good as the real ones far east! 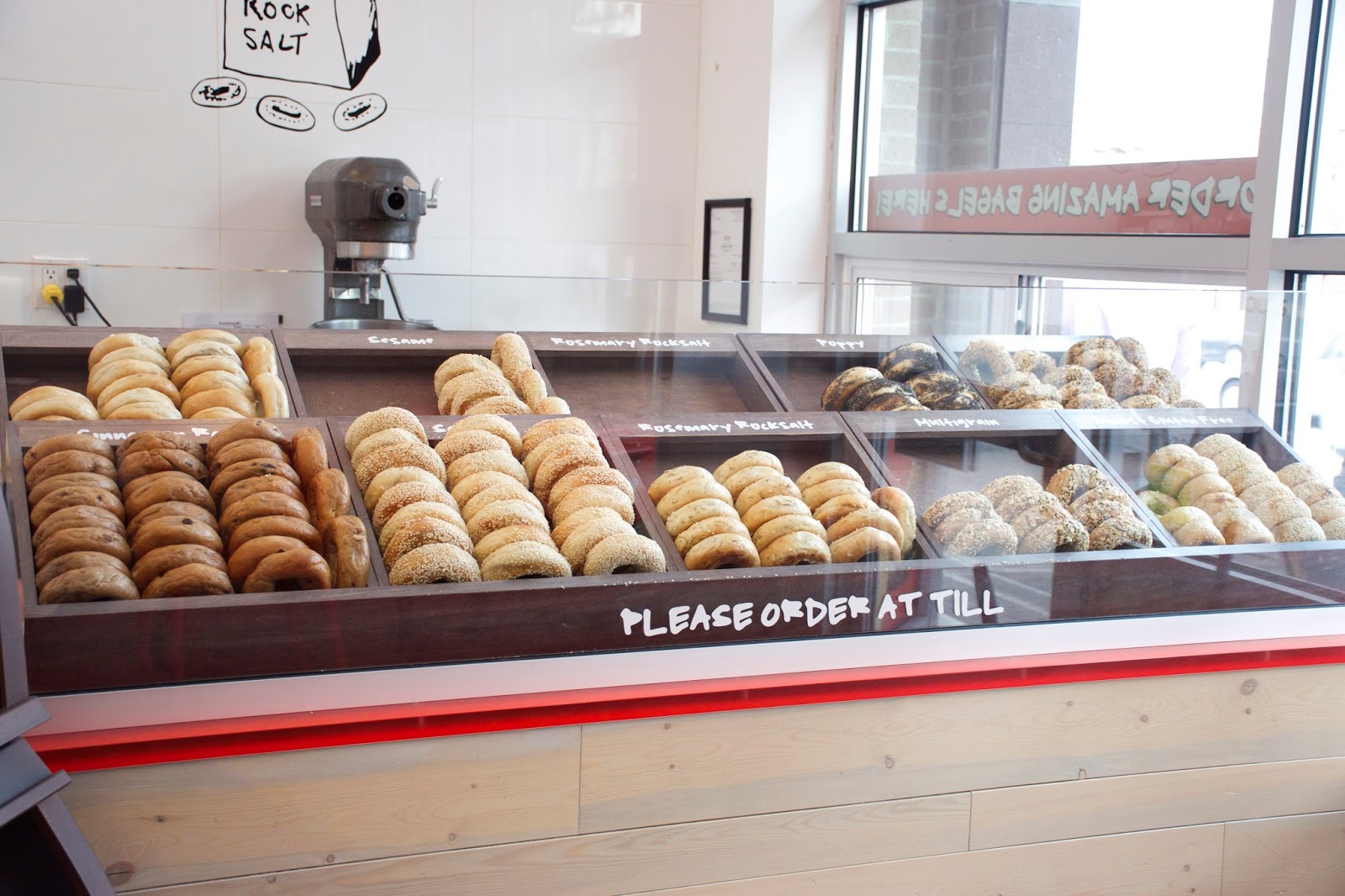 I think I've died and gone to bagel heaven <3 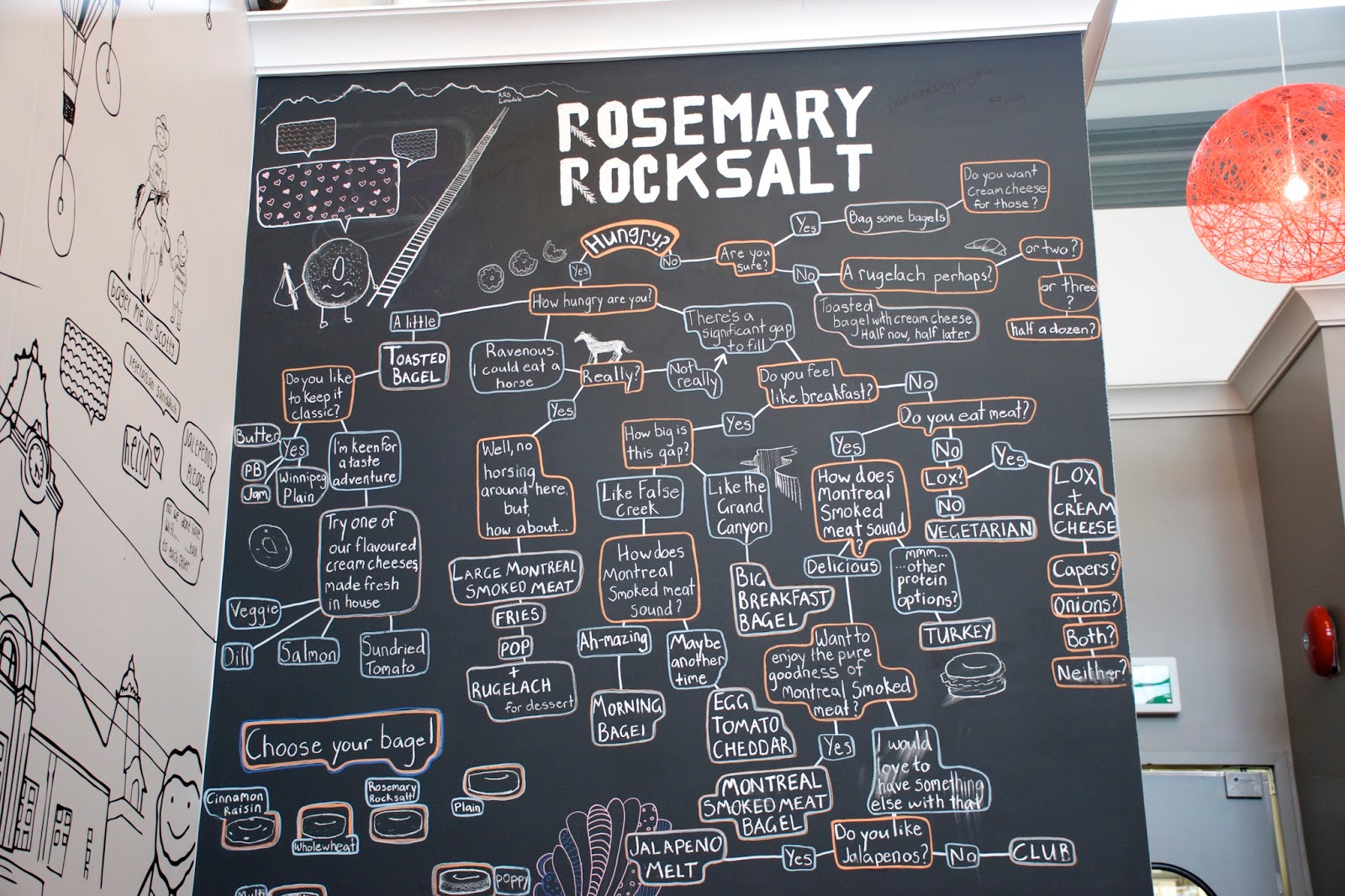 This is seww cute haha! For all you indecisive people out there! ;) 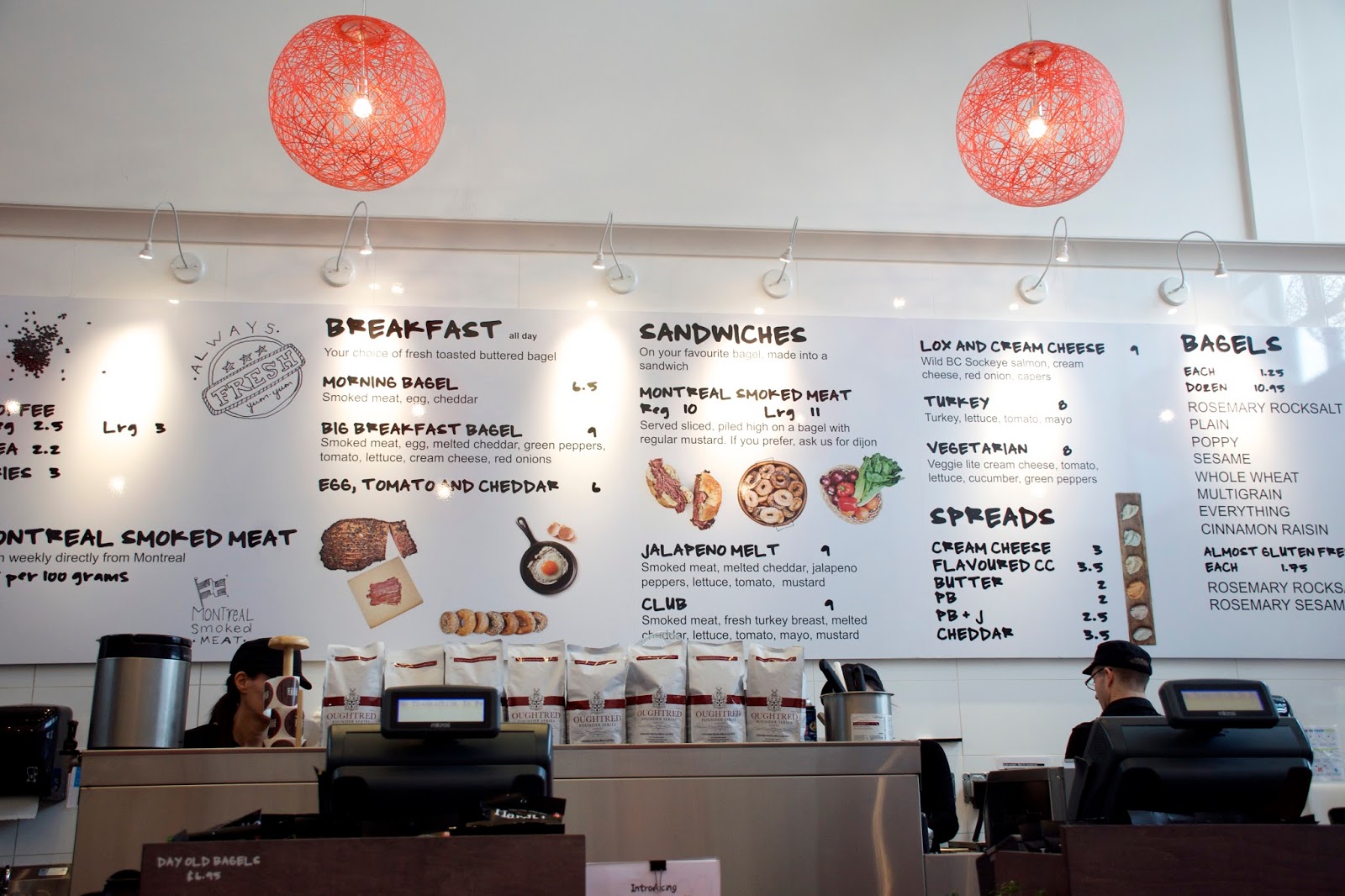 (Click to Enlarge) here's a look at their menu! 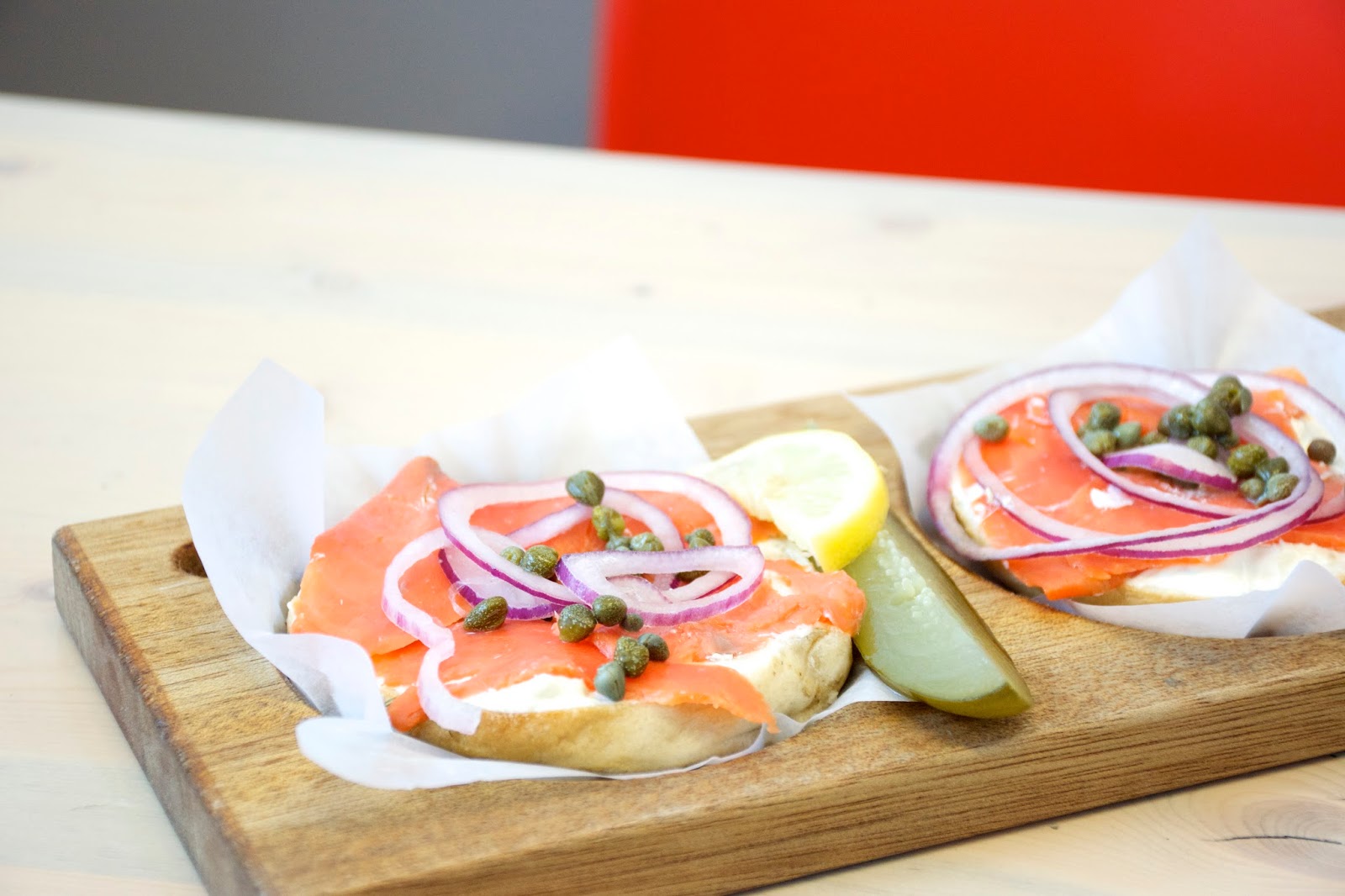 Lox and Cream Cheese on a Rosemary Rocksalt Bagel $9
4/5 stars
This was awesome!! I forgot to ask them to omit the onions haha, so I ended up picking them off! The bagel itself actually wasn't that big, so I was still hungry after lol, so I got a side of fries!Their namesake bagel, the rosemary rocksalt, was delicious! It was salty, fragrant, with a hint of rosemary! The combination worked really well together, the smoked salmon had a strong smoky flavour, and the cream cheese was creamy and smooth, but didn't overpower the other flavours. The lox was salty and added an extra punch! 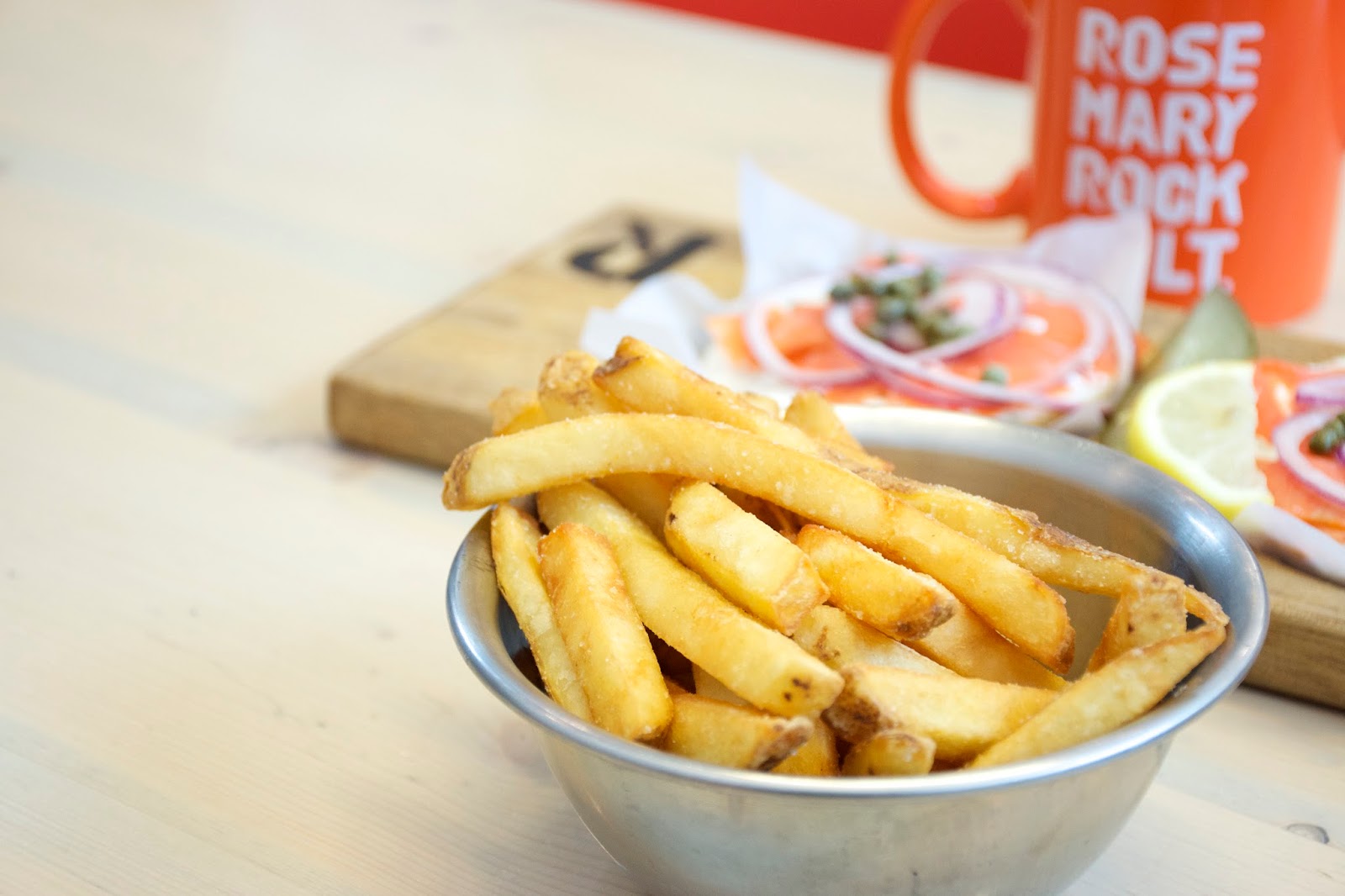 Fries $3
3.5/5 stars
I really like their fries, they're thick cut, full of potatoey flavour and well seasoned! I also really like how they serve it in a cute little bowl LOL! It didn't look like alot, but after polishing them off I was stuffed haha! 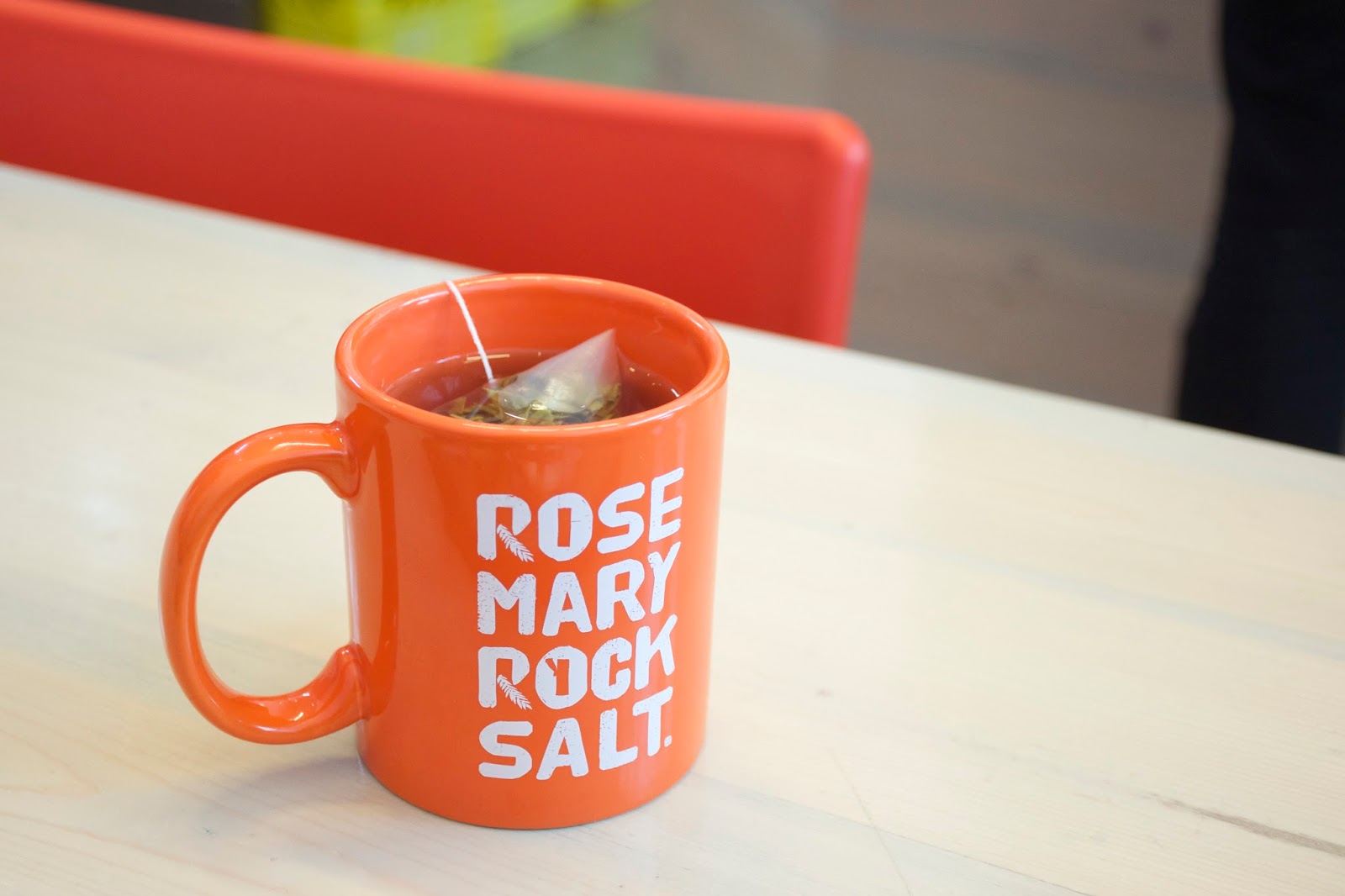 Harney & Sons Jasmine Tea $2
3/5 stars
Woww, this tea slapped me in the face...hard LOL! It was insanely bitter, but in a strangely pleasant way haha. It was super zippy and the jasmine flavour was really strong. Quality stuff! 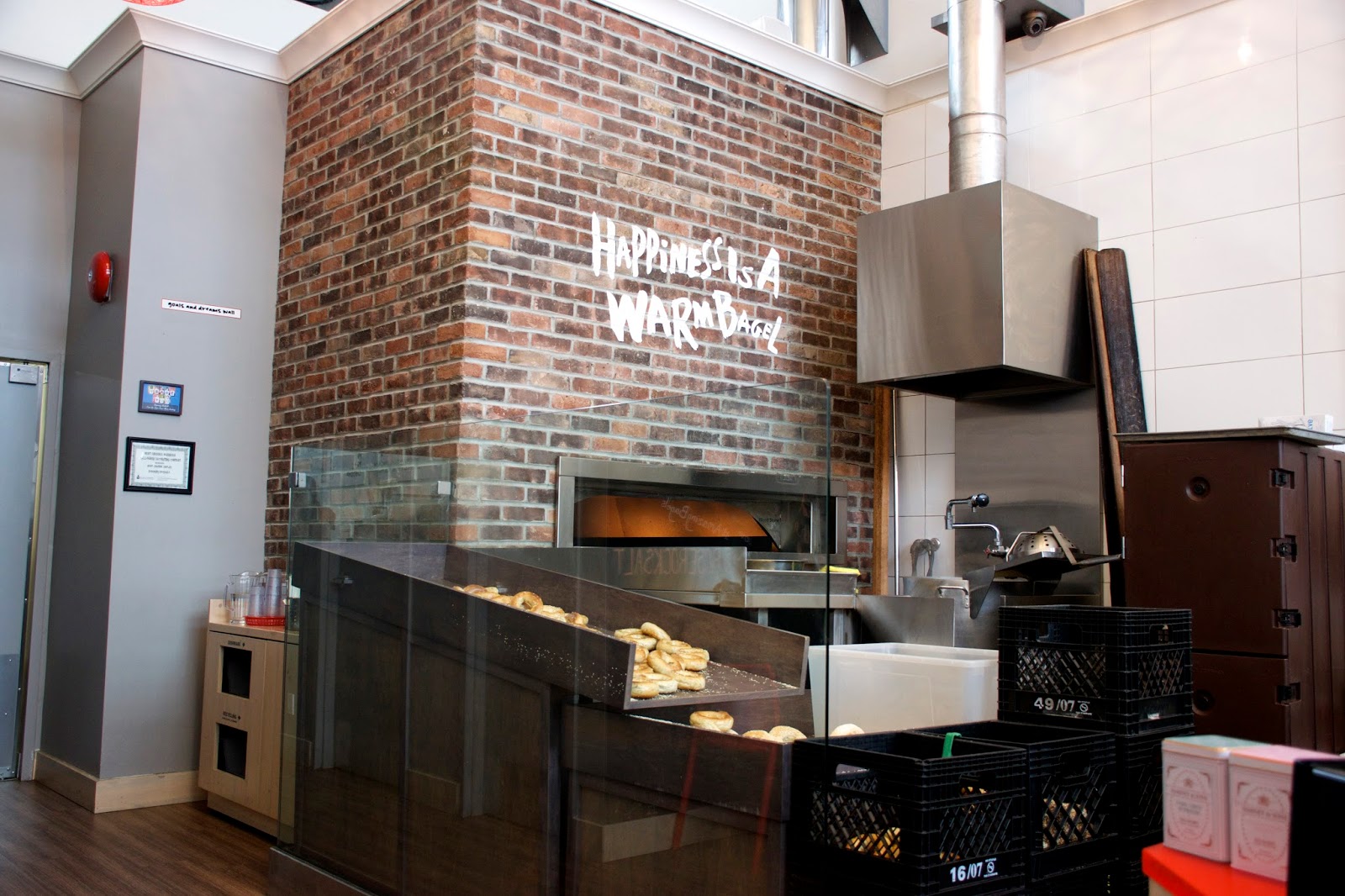 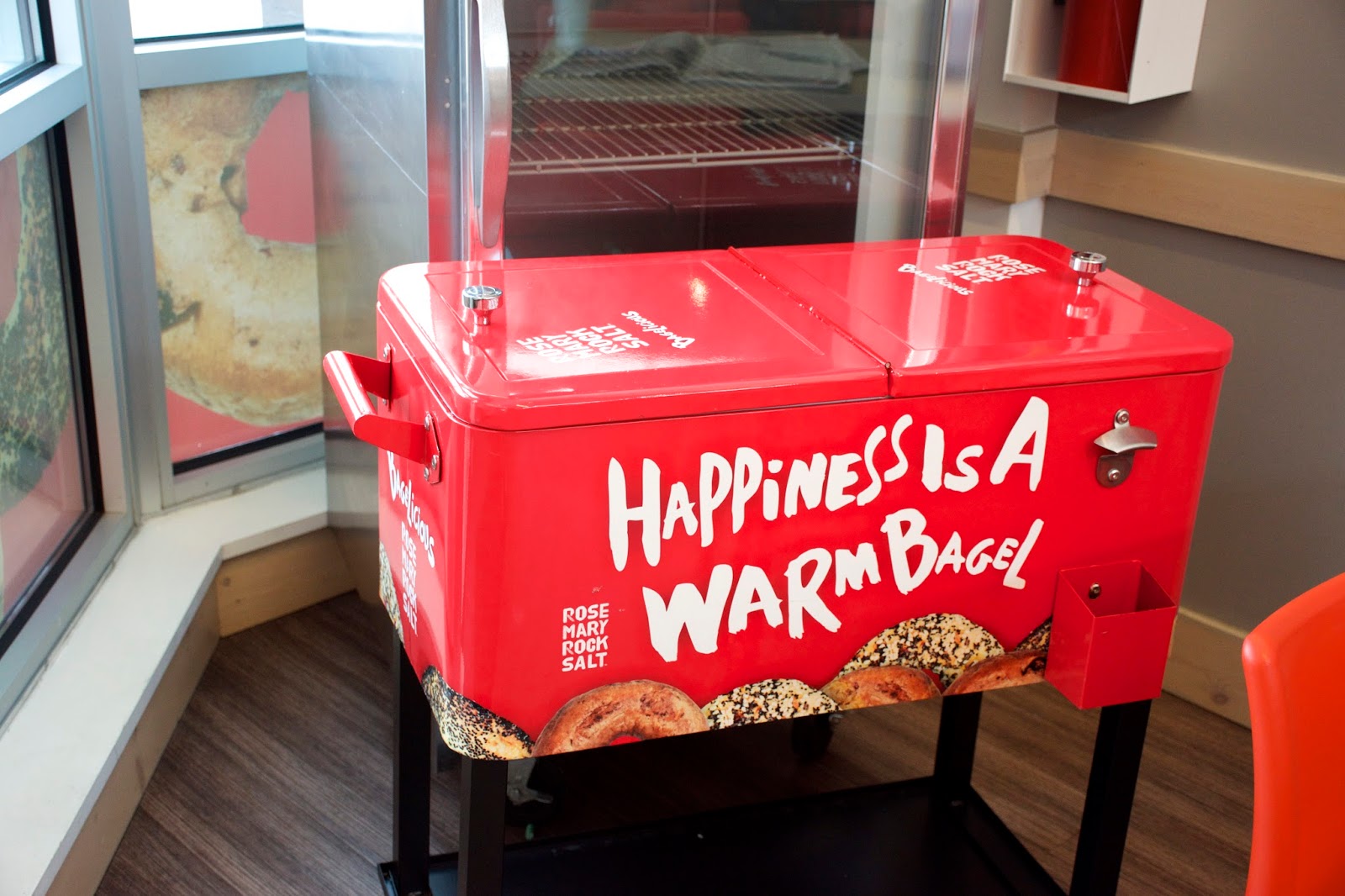