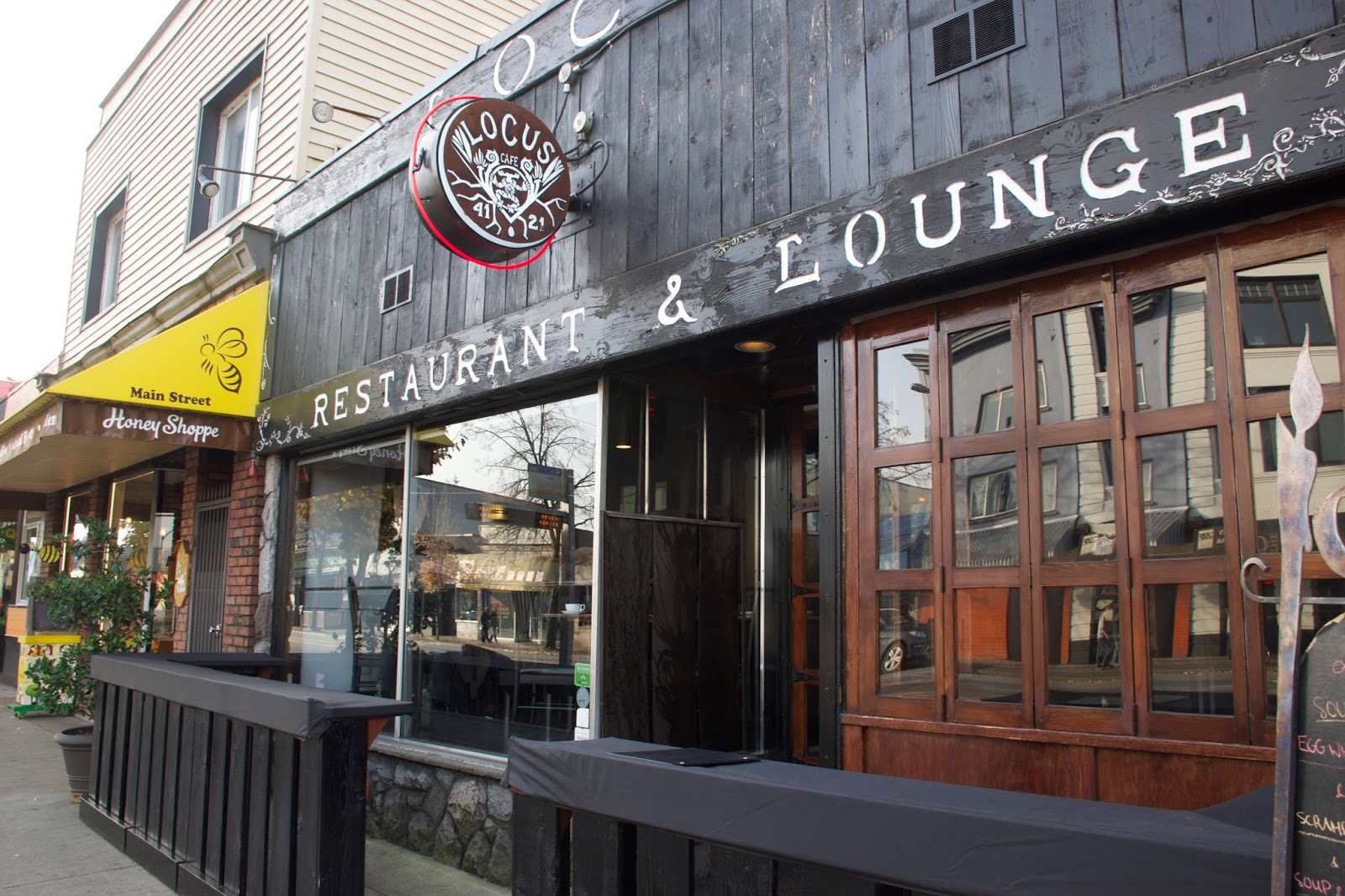 Not sure how I'm going to start this post because I'm so disoriented from studying the past few days LOL with finals quickly approaching! So sorry in advance if my posts are going to be shorter in length and less enthusiastic than usual the next few days haha, I'm still going to try my best though!

I've literally been a zombie for the past few weeks haha, deprived of sleep and food has been the only thing that's been able to cheer me up. At the end of a long and miserable day, food is the one thing that won't let me down LOL!

Anyways, I went for brunch at the Locus on Main a few days ago! The restaurant itself is really cool, they have this gothic theme going on with faux tree branches enveloping the booths, and creepy statutes to match lol!

Service was great, I was served by the manager, and he was super peppy and cheerful! He asked if I wanted to move to the warmer room by the entrance, which I did, and it was super warm in there! Definitely a great place to snuggle up when it's freezing outside! 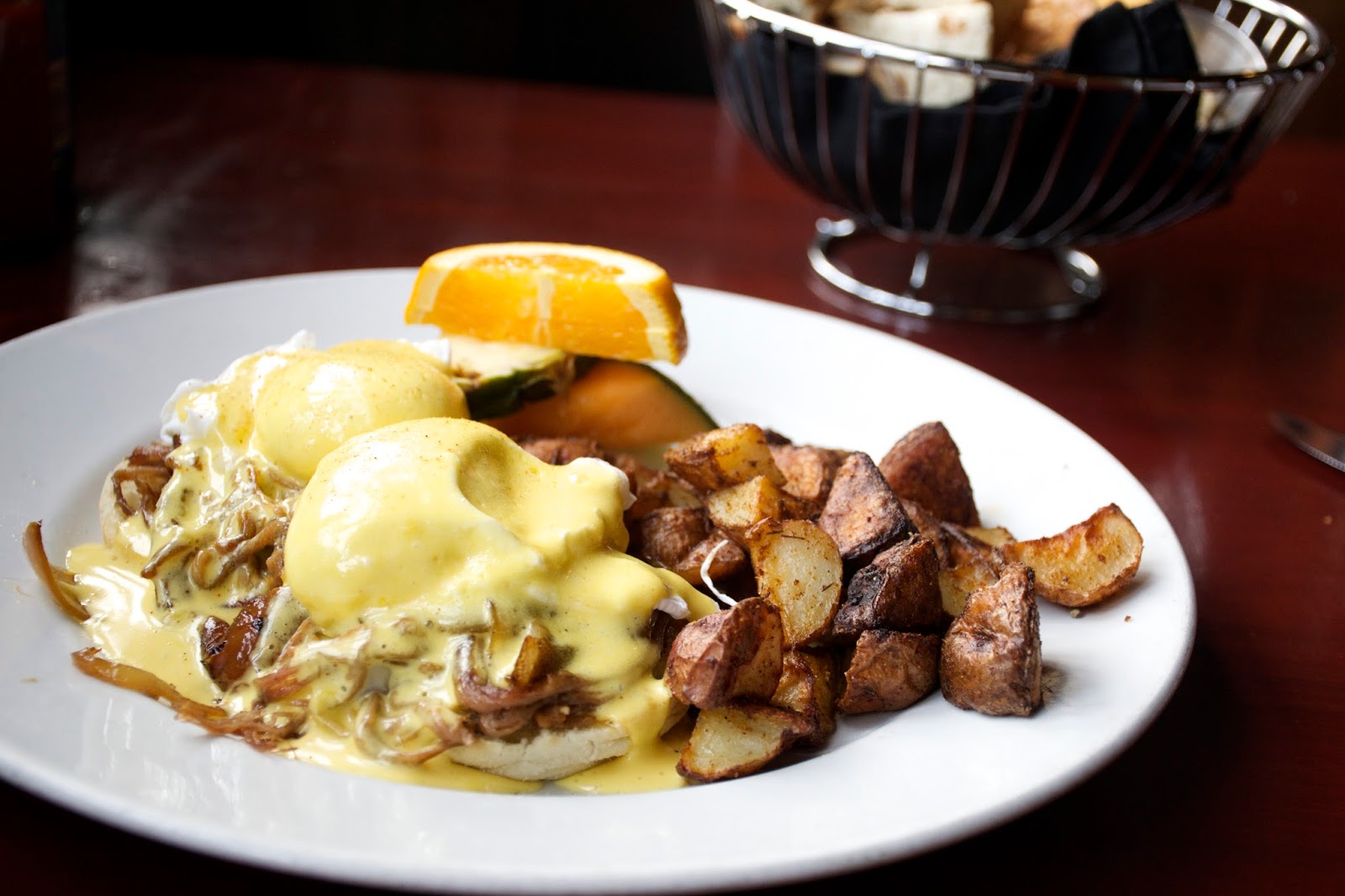 The only reason I came here was for the wild boar lol! They even have wild boar poutine!! The meat was moist and flavourful with the texture being reminiscent of pulled pork, slightly on the wet side. I asked for my eggs hard poached. The sauce was a bit on the weak side, and could have been more impactful. The hash was a bit disappointing, some pieces were burnt to the point that they were unedible. I liked how they left the skins on though! 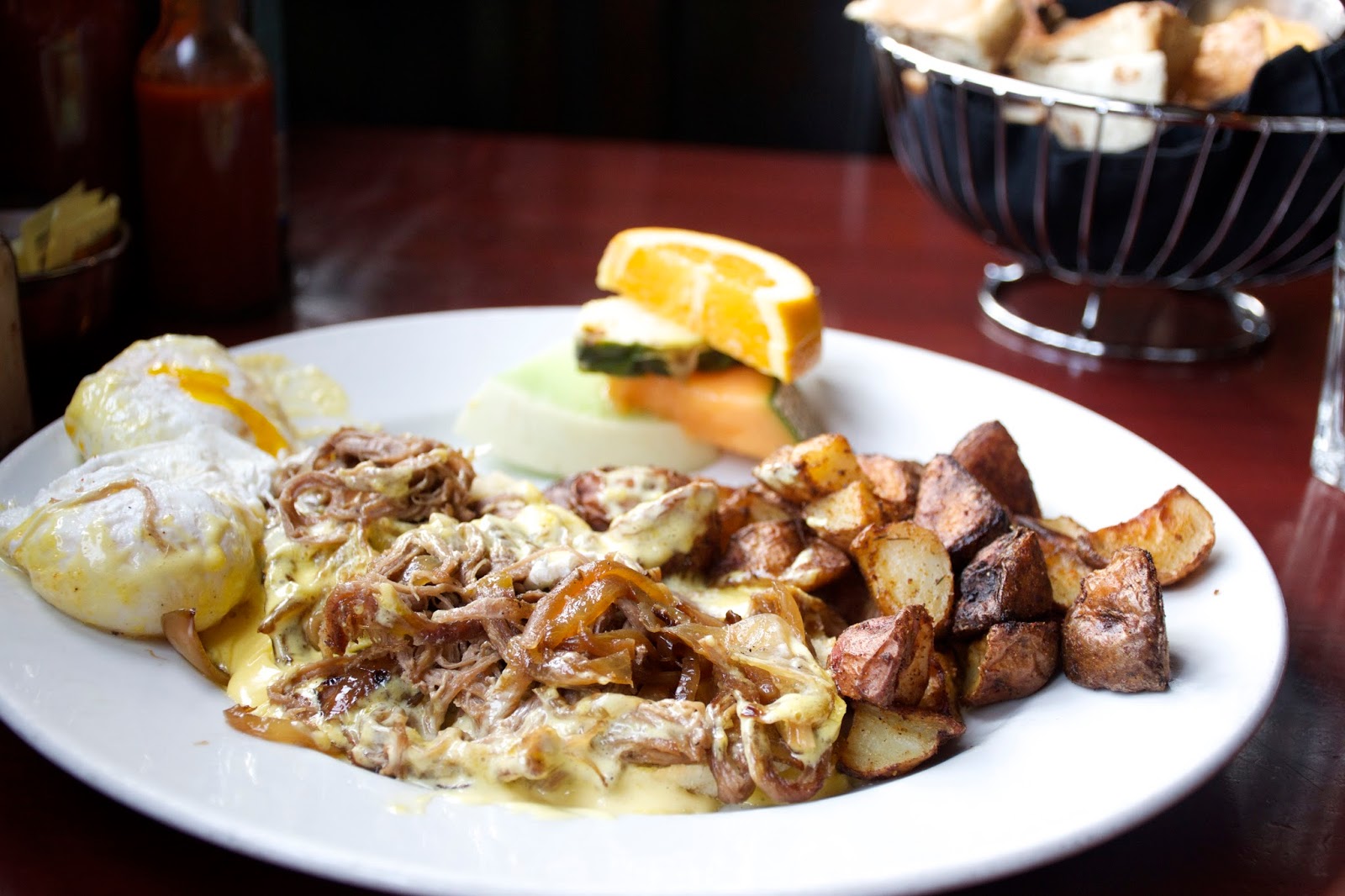 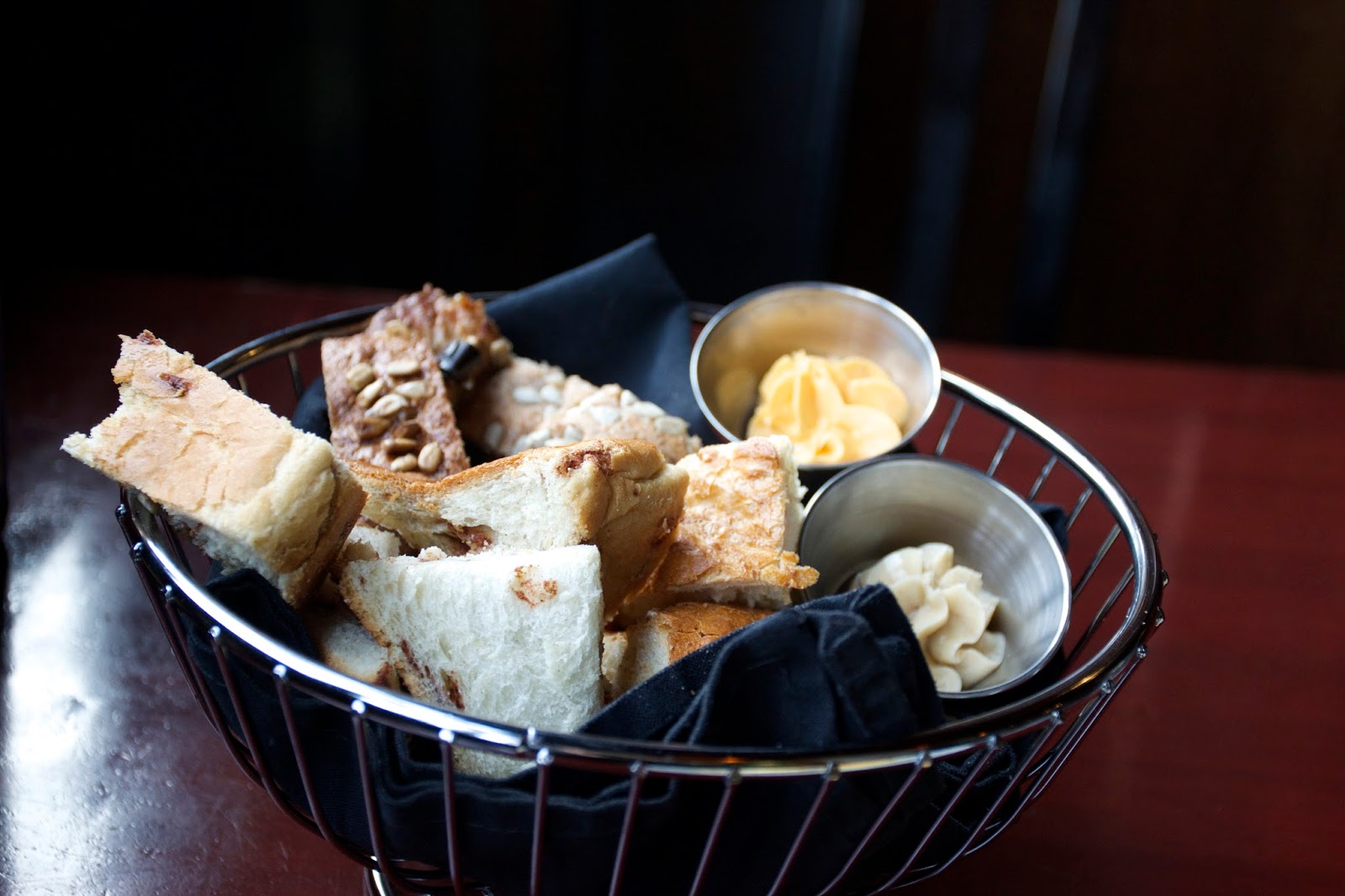 Complimentary Bread
3.5/5 stars
This was probably the best part of the meal LOL!! The basket came with 3 types of bread: cinnamon, plain, and raisin! The cinnamon bread was awesome and really cinnamony! It also came with 2 sauces on the side. The cinnamon spread was super tasty, and really sugary haha! I thought the the other one was chipotle but it actually tasted like siracha LOL! 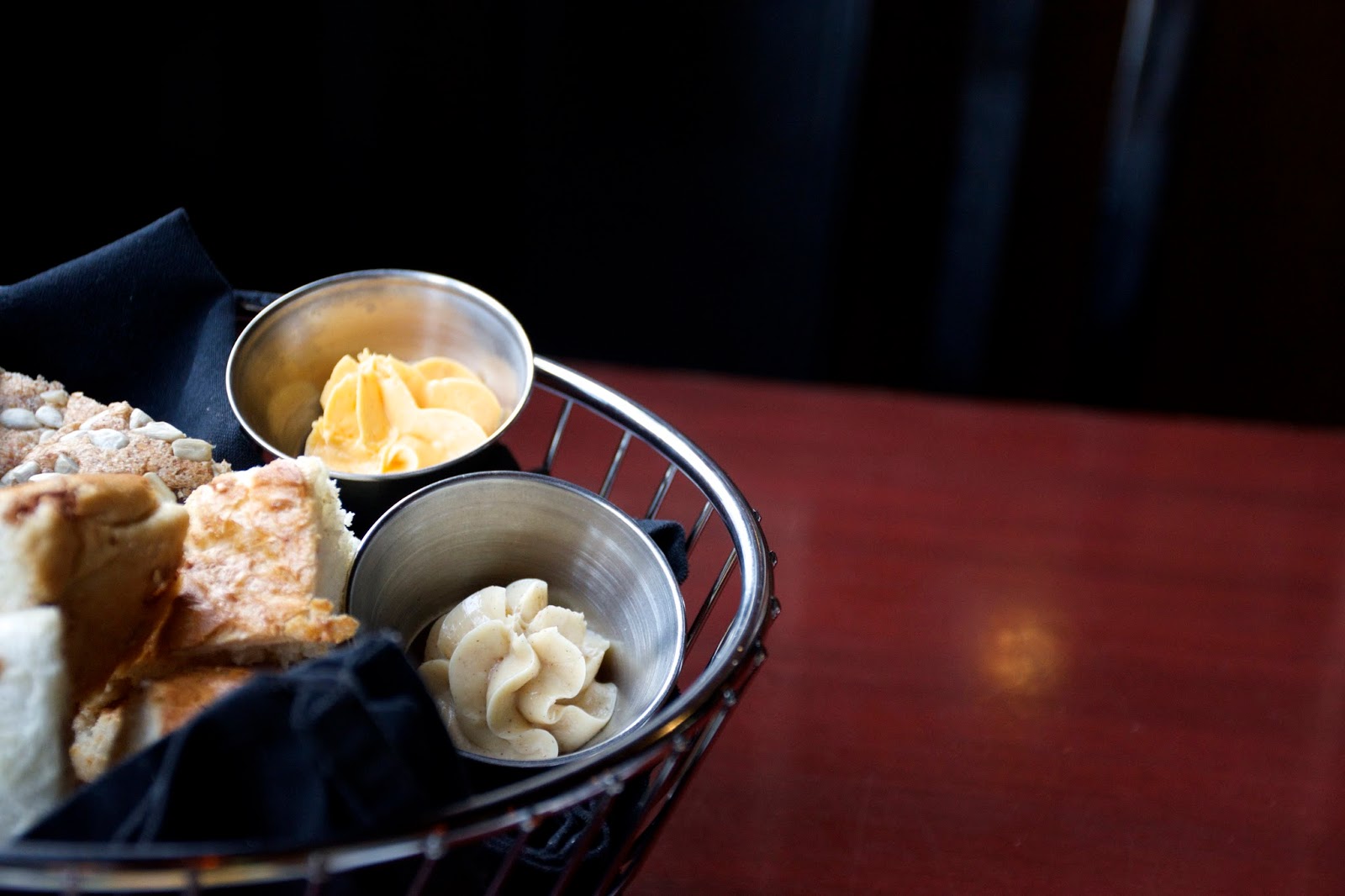