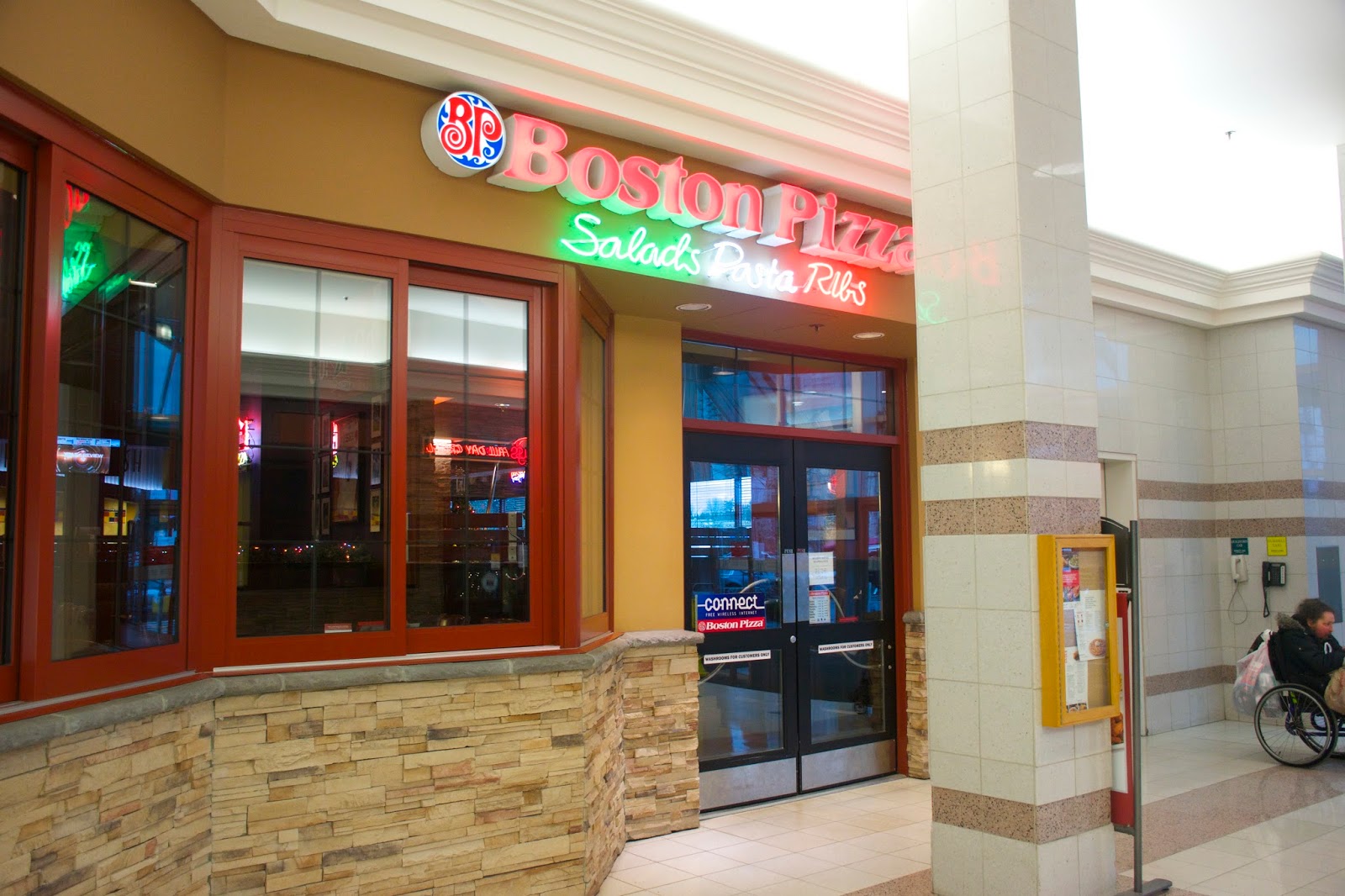 I've never been to a Boston Pizza...hard to believe right? Actually, my parents tried to bring me here as a tot but I would break out in rashes as soon as I entered the restaurant LOL! But thankfully I can eat here now without risking my life haha! We went to their Surrey Central location, which is located inside the mall, across from Ricky's All Day Grill. It was either this, or the HK Cafe next door haha. Since I've never been to a BP's before I jumped at the opportunity...plus, I had a coupon for a free appetizer on my phone hehe! Gotta get 'em coupons!! ;)

I've never been to any of their other locations, but this one was pretty nice! Large, spacious, with retro style pictures on the walls! We were served by a super friendly elderly women! The food came really quickly and they were happy to honour my coupon! :D 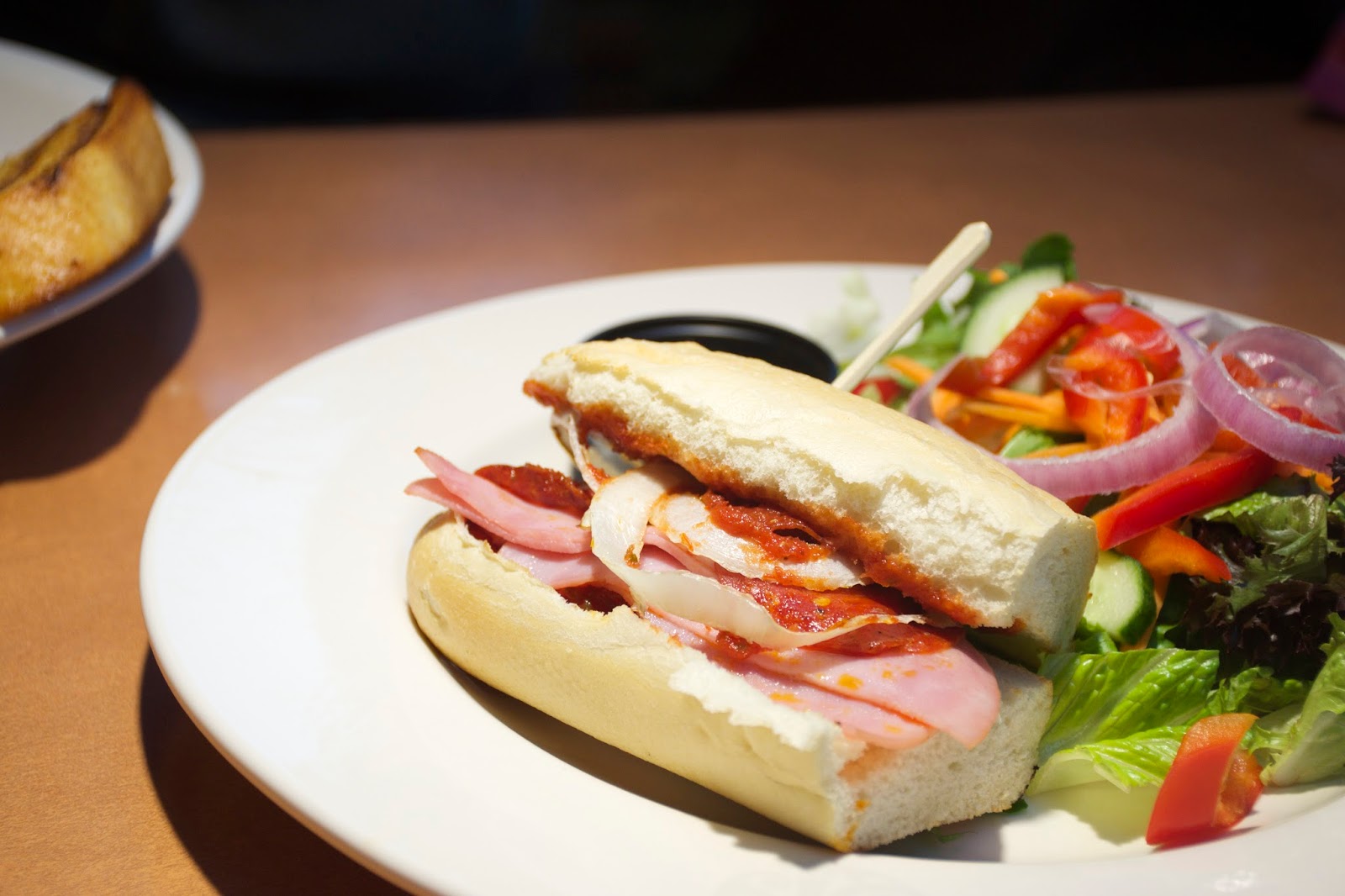 Boston Brute $7.99
2.5/5 stars
The boston brute is bascially a pizza, in sandwich form haha! They smother it in their pizza sauce, which makes it really tangy and flavourful! The ham and salami pieces were a bit sparse though, and other than that, nothing really to it. The bread was lightly toasted and rather dense. 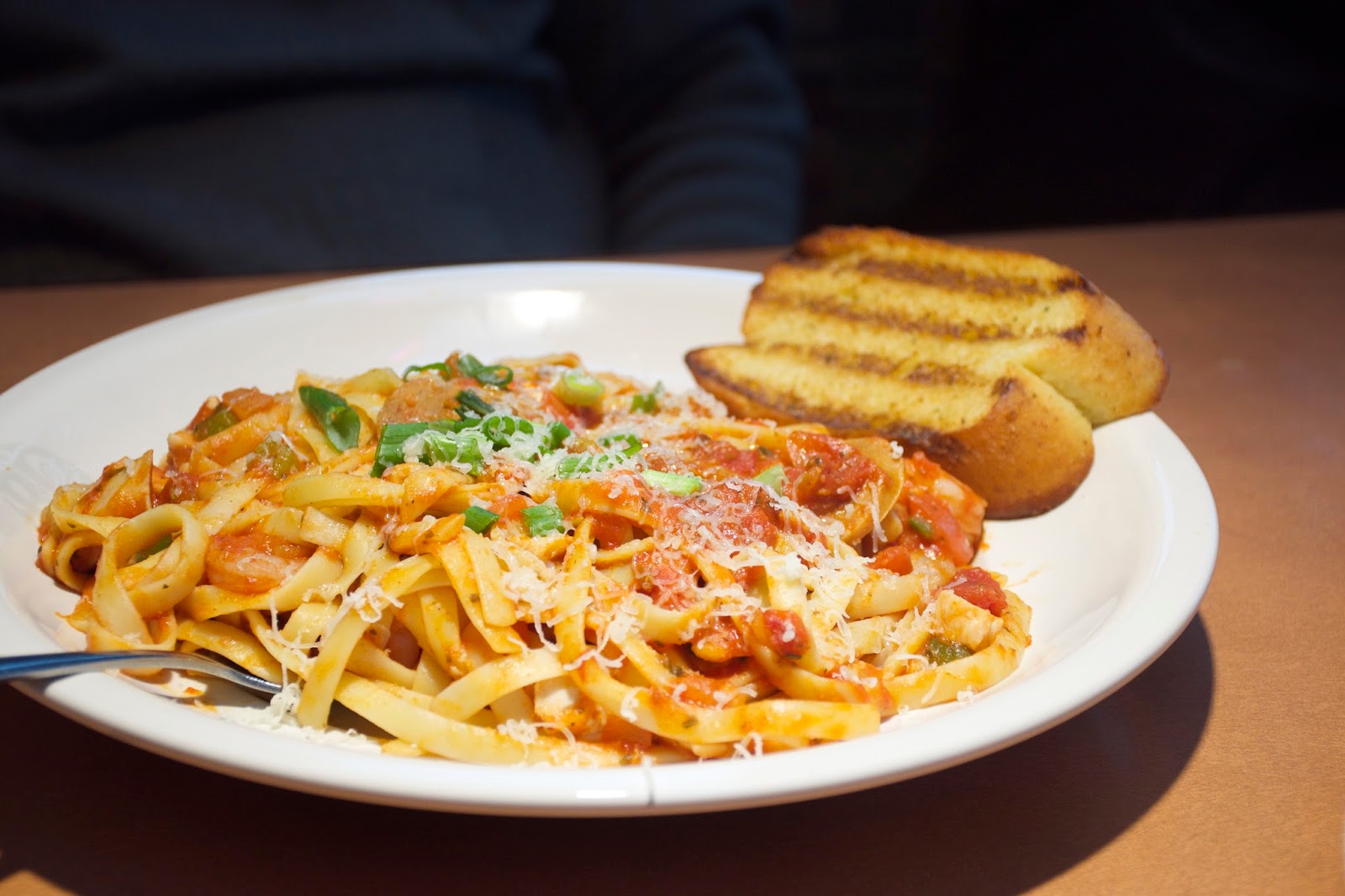 Jambalya Fettuccini $10.99 (on Tuesdays)
2.5/5 stars
This usually goes for $18.99, which is a ridiculous price for mediocre pasta imo...LOL! But it just so happened to be Tuesday when we went, so we got it for $10.99, which is so much more reasonable! This was a huge portion, and it even came with a side of garlic toast! My dad enjoyed it, and he liked how it was loaded with plenty of shrimp and chicken. Flavour wise pretty predictable, not very cheesy with a hint of spice. 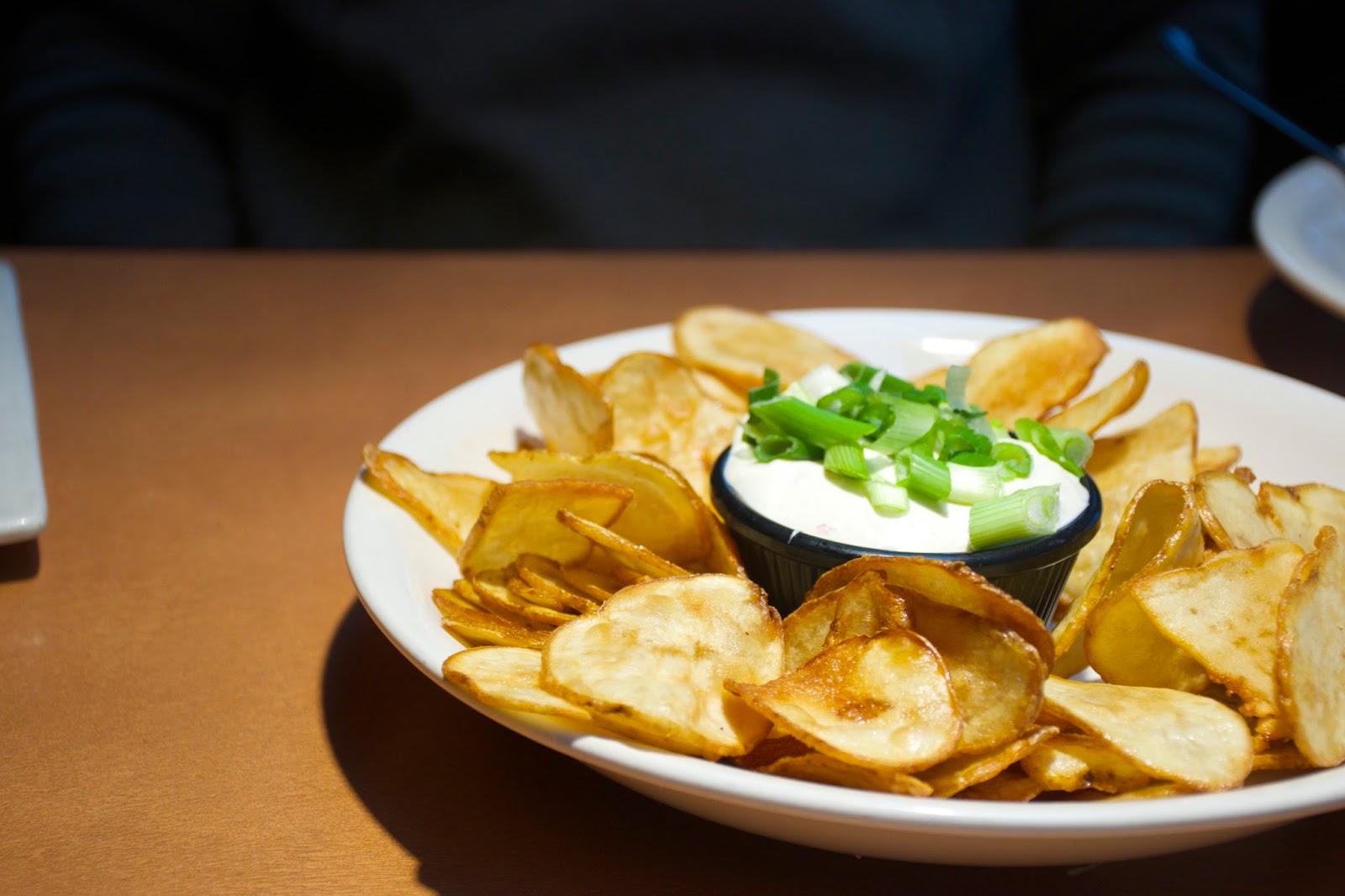 Cactus Cuts
3/5 stars
I had a coupon on my phone for a free appy because I signed up for a BP account online! I wasn't expecting a full sized appy, but when it came, I was shocked, because it was huge!! Not too shabby considering it was free! Their cactus cuts are basically chips, but they cut and fry them in house, so they're super crispy and crunchy! These were mildy spicy and came with a side of sour cream for dipping! I especially liked how they left the skins on! 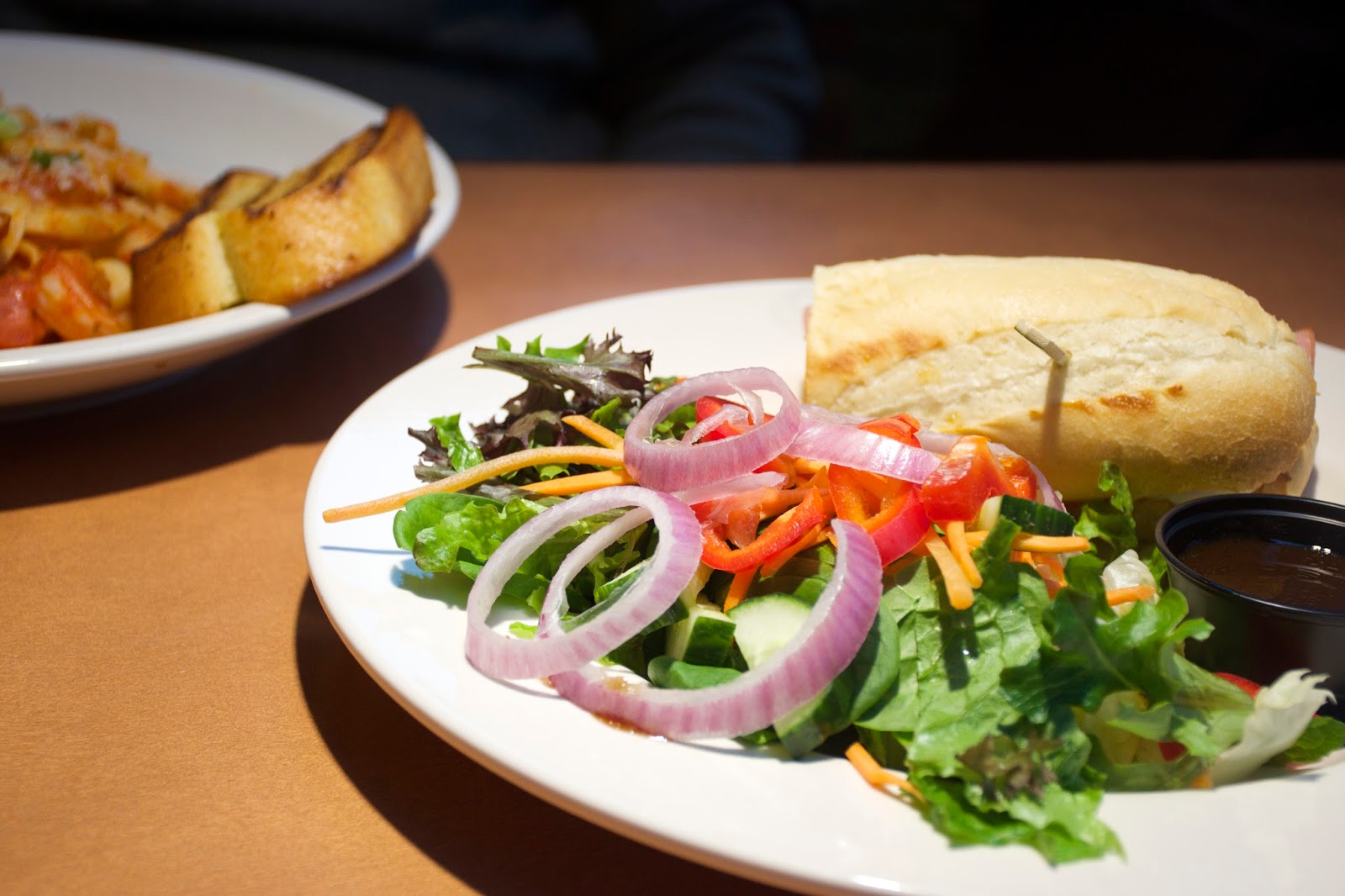 House Salad
1.5/5 stars
My combo also came with a salad, which was alright. The vinegarette it came with was a bit too acidic/sour for my liking. The greens themselves were semi fresh, and still crunchy!