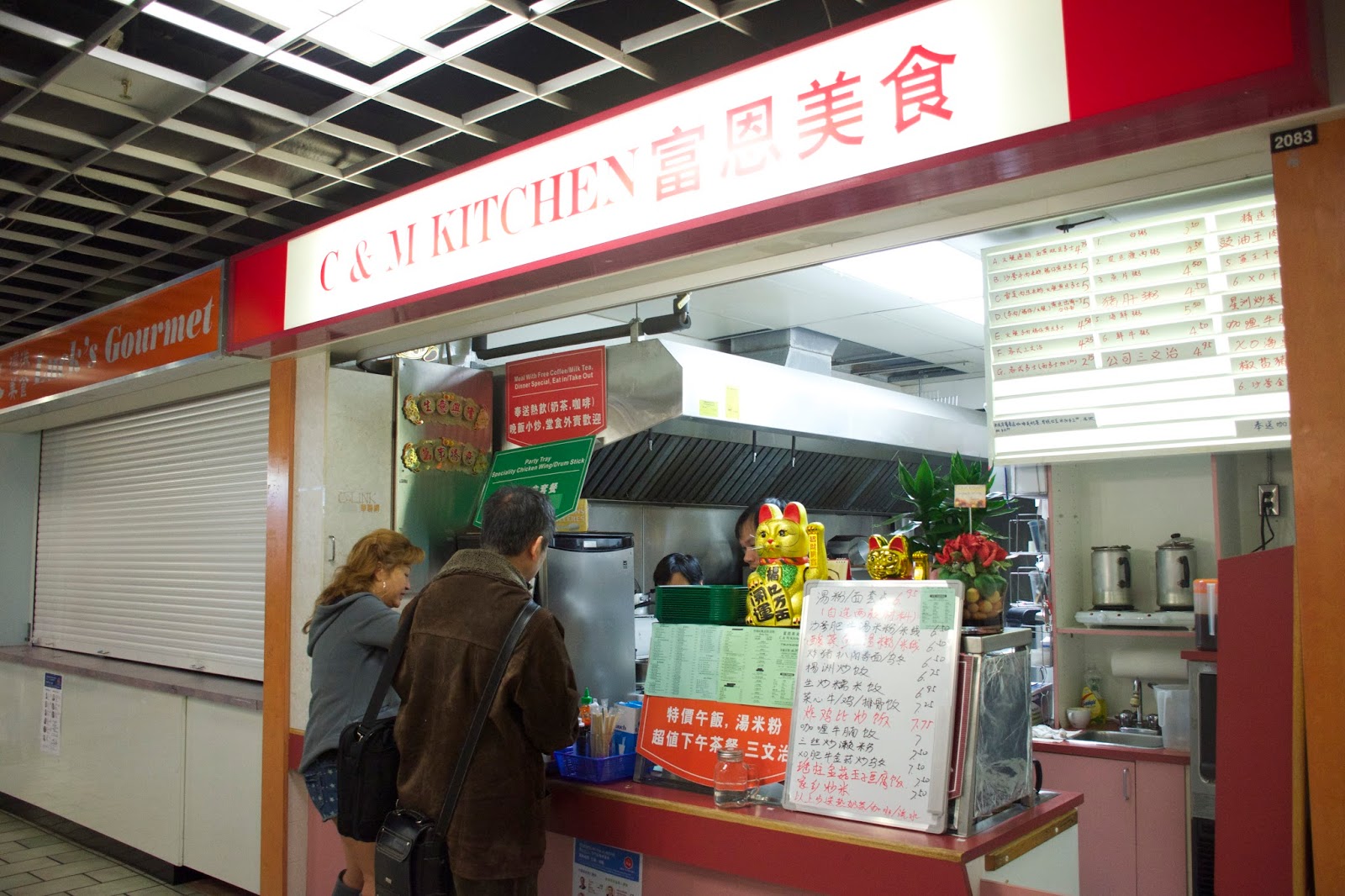 A new food court stall recently opened up in Admiralty Centre, also known as the mall across from Bubble Queen LOL! They actually have a pretty respectable food court, with 3 hk cafes, a curry stall, a bubble waffle/drink stall, and my personal favourite: M&W Chicken, which is a total hidden gem!!

C&W Kitchen replaced the former (shortlived) Good Family, which only lasted about 2 months lol. C&W is a HK cafe stall which sells cheap HK style lunches and breakfasts! They even have the build-your-own noodle soup combos that were all the rage a few years ago haha. All of their combos come with a drink of your choice, the standard HK milk tea or lemon tea!! 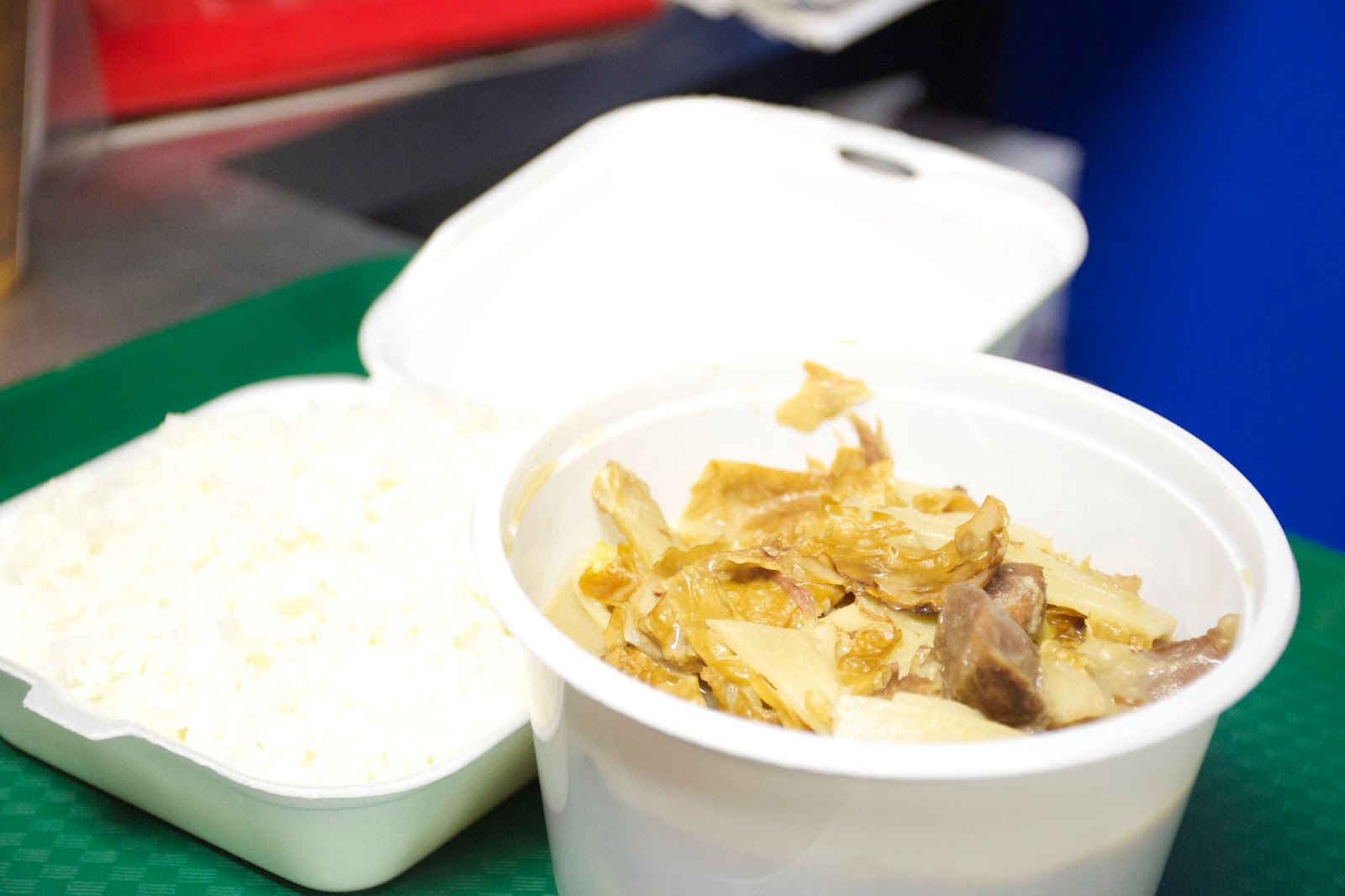 Lamb Stomach w/ Rice $8.95
2.5/5 stars
I went with their lamb stomach, because it was advertised as "recommended!" It's one of their pricier dishes, with most of the other dishes being around $4-8.
The portion size was pretty large, and I could only finish half of it haha. I was expecting the dish to be dry, but it was actually soup based! The lamb pieces were sufficiently tender and there was also a few pieces of soft beancurd, and cabbage. Flavour wise, there was a definite ginger hit with no other real distinguishing flavours. 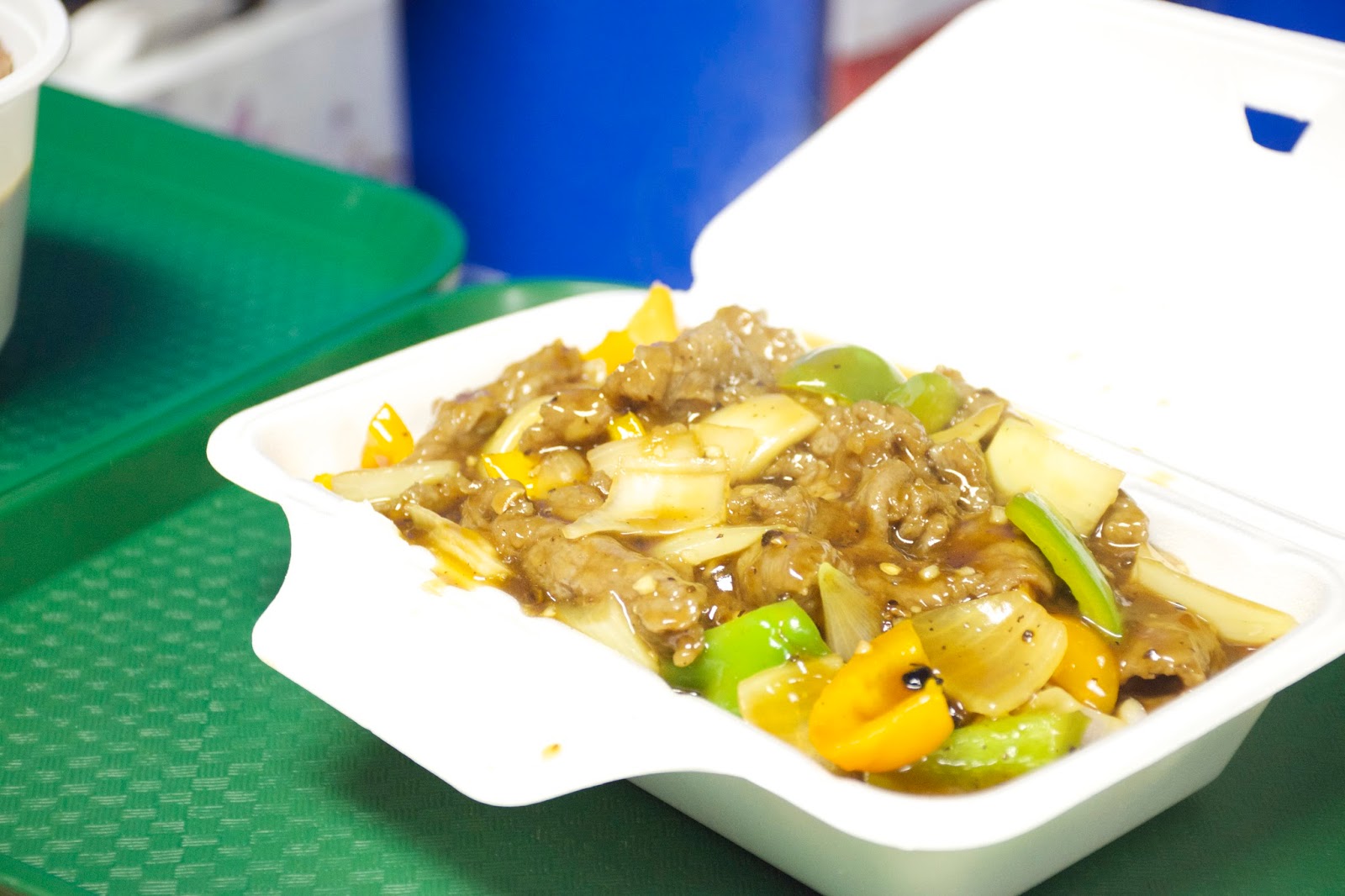 Black Pepper Beef $7.50
2/5 stars
My dad had originally ordered the eggplant & pork on rice, but they mixed up his order so he got this instead! He's not a picky eater so he didn't really care lol. There was lots of tender pieces of beef, and dosed in a mild black pepper sauce. There was a ton of rice and it didn't get soggy from the sauce! 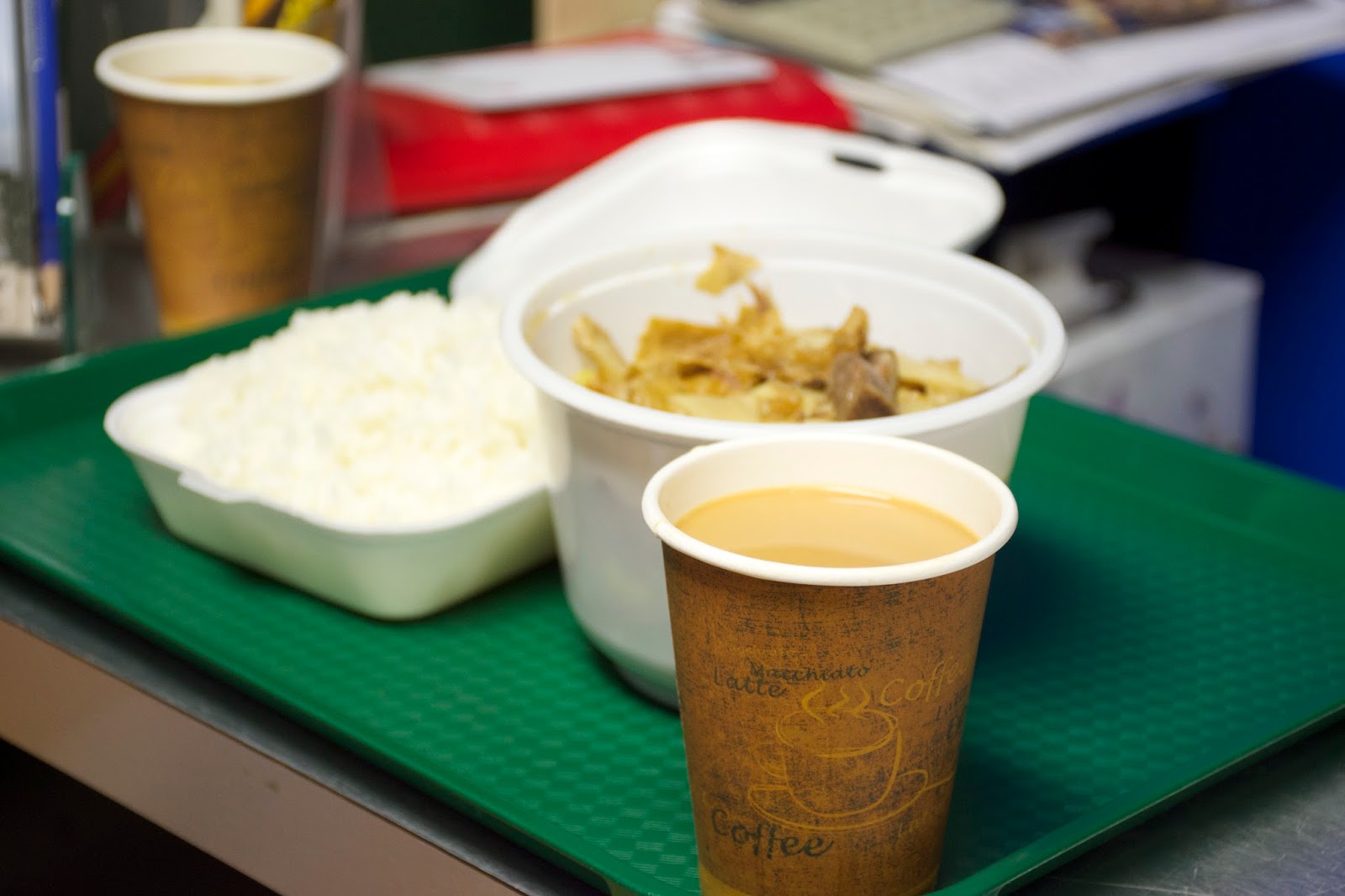 As per usual at every HK cafe, our meals came with 2 free hot drinks! My dad got the milk tea and I got the lemon tea! 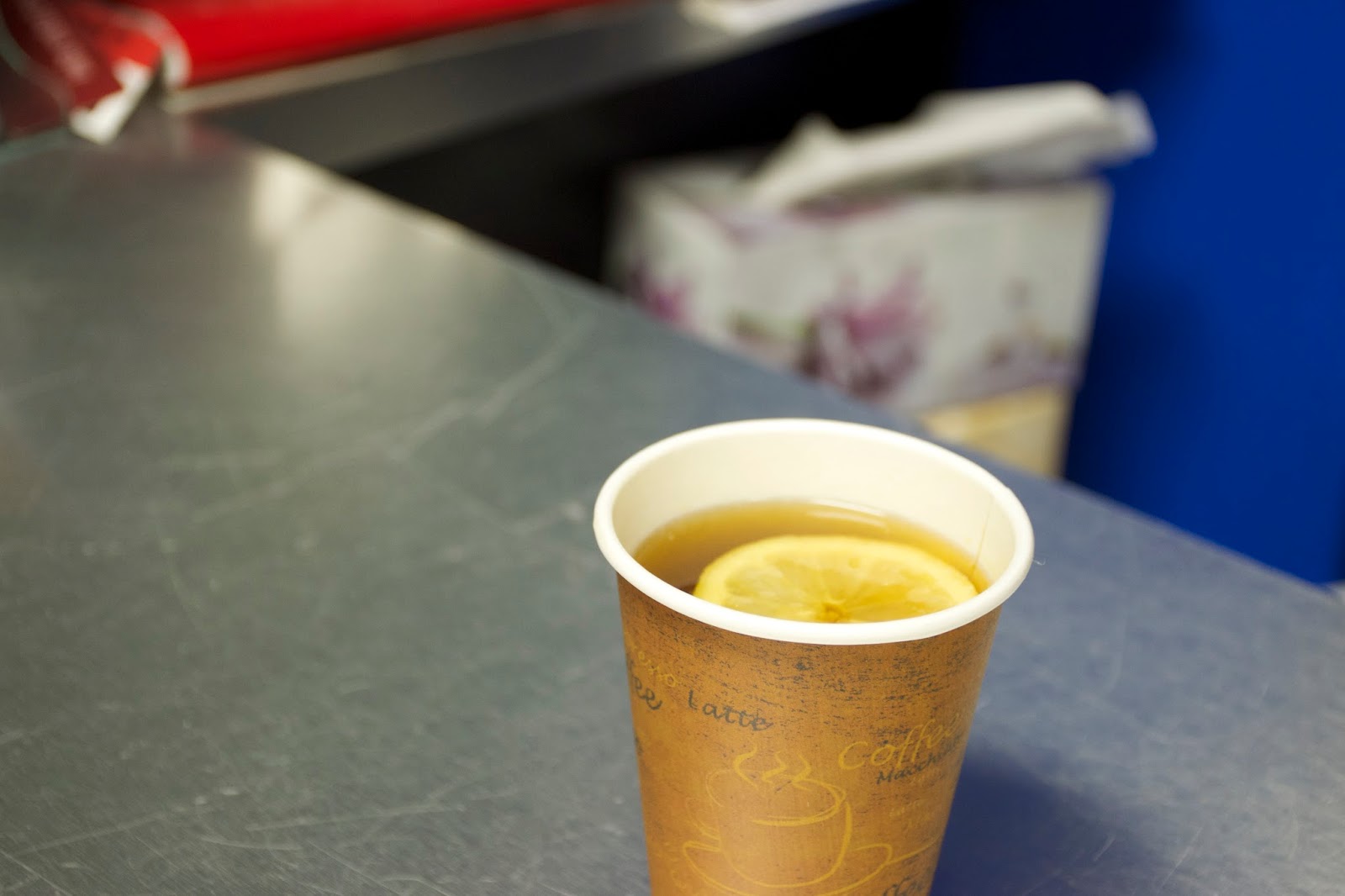 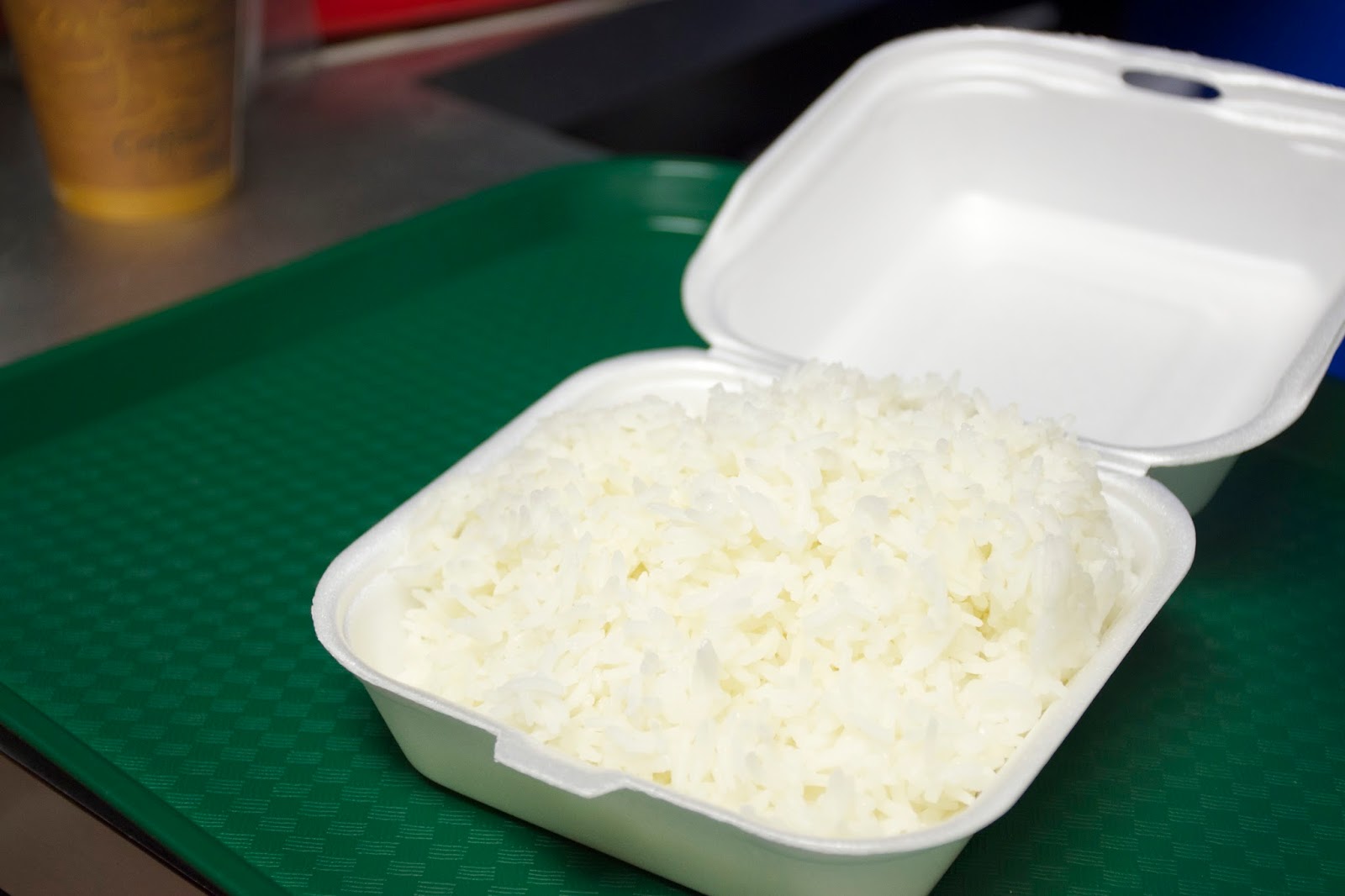 The rice came in a separate container so it wouldn't get soggy, yay!! :D There was so much I couldn't finish it lol...what's gotten into me? I'm suppose to be a rice bucket!