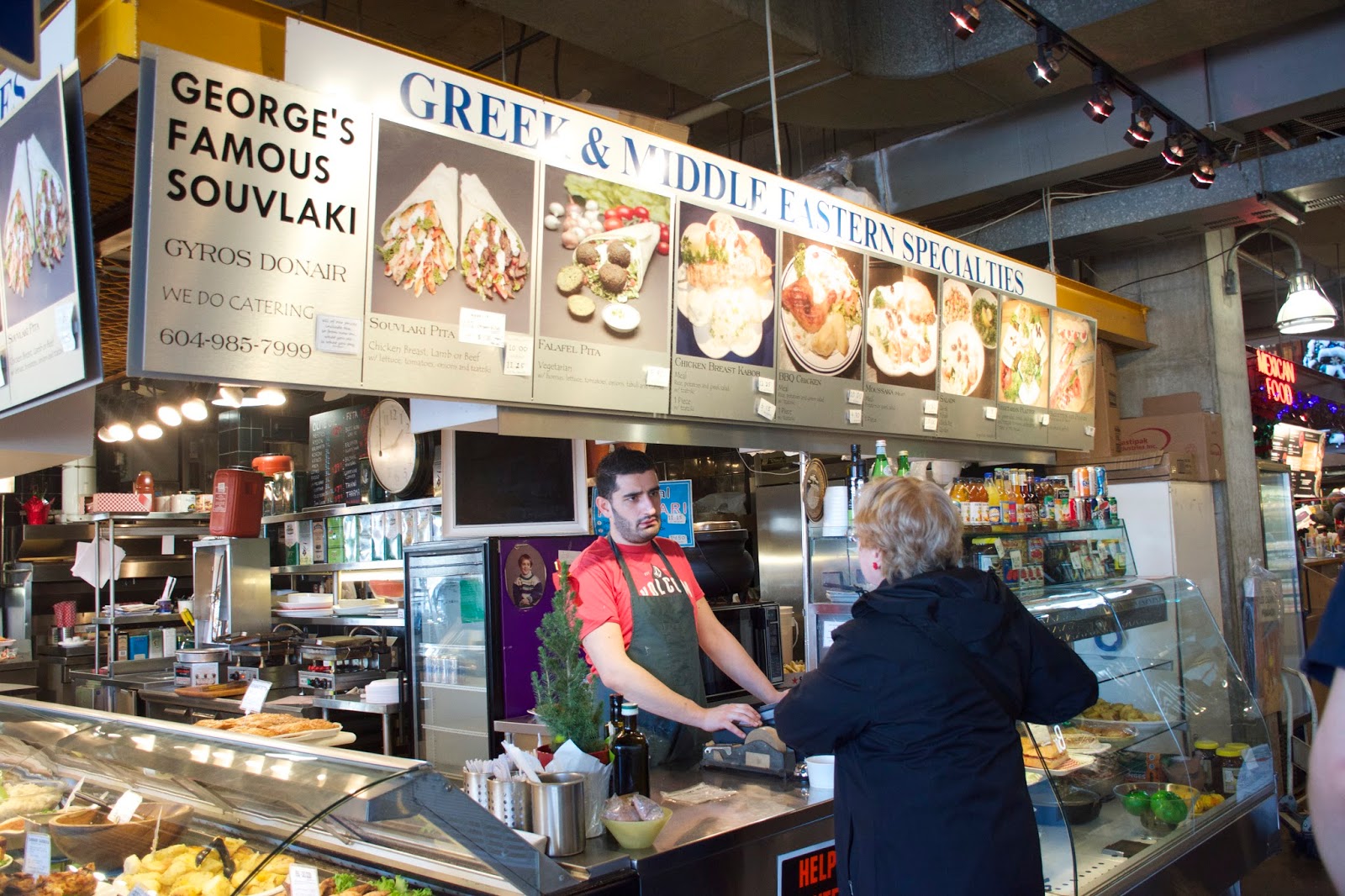 A few days ago when we were at the Londsdale Quay we decided to eat at the food court!! If you read my previous post here: http://www.vancitynoms.com/2014/12/montgomerys-fish-chips.html  , you'll know that I ate fish & chips from Montgomery's and that it was freaking awesome LOL!

So what did my dad eat? At first he really wanted to order food from a Vietnamese stall. He doesn't like eating Vietnamese food at a regular restaurant, but now he wants pho at a food court? I just don't get him sometimes...lol.

He eventually decided to go with something else and ending up choosing George's Famous Soyvlaki, which specializes in Greek/Middle Eastern food! They have a pretty wide selection of combo meals but a lot of it is pre made (aside from the meat) and sits in the display case until someone orders it! My dad stood there for about 10 min torn between the meatball combo or the meat platter LOL and kept asking me which one I would choose since I'm a food blogger haha! I recommended that he go with the combo platter because it seemed like the best deal, so that's want he went with! 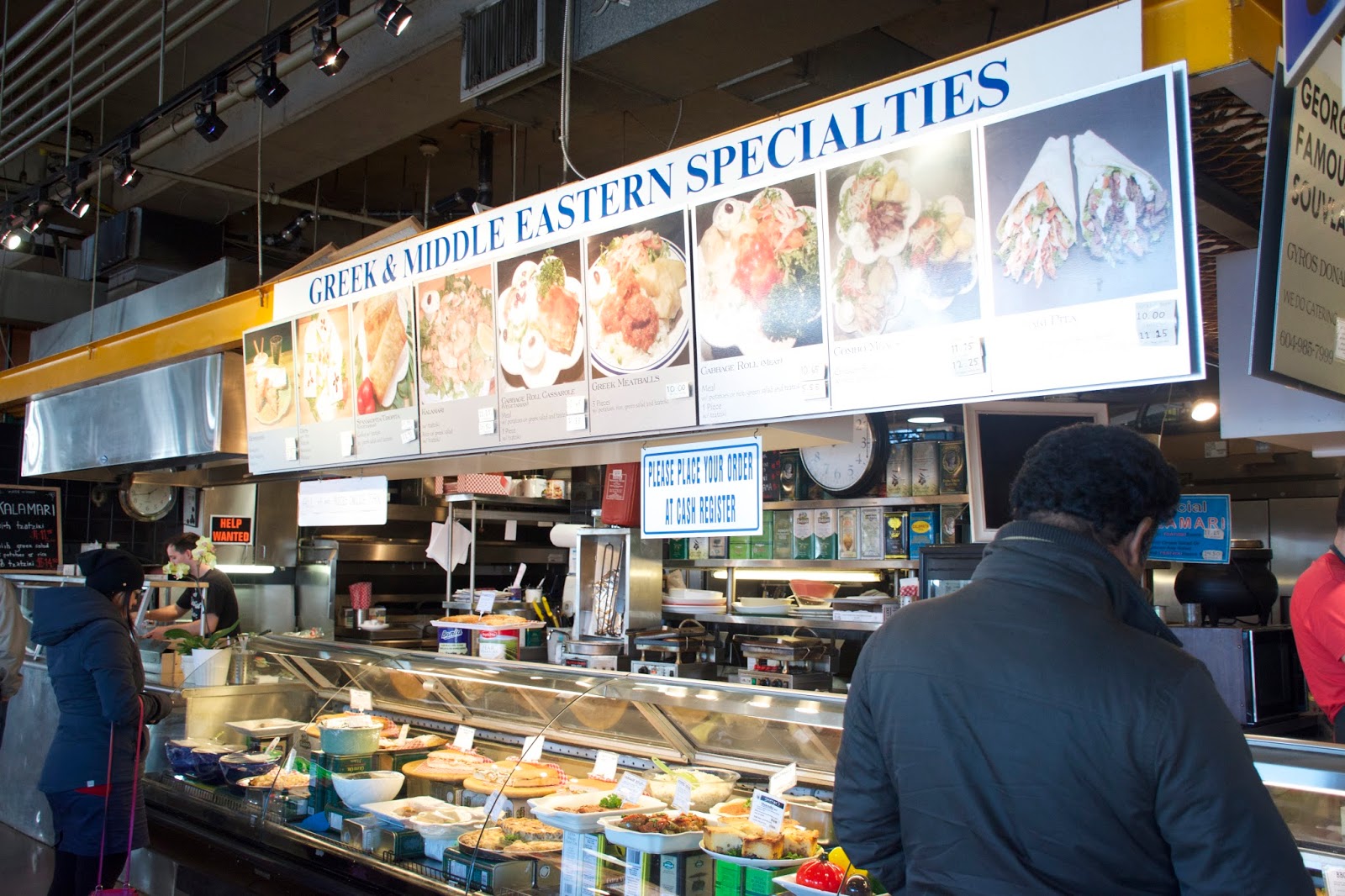 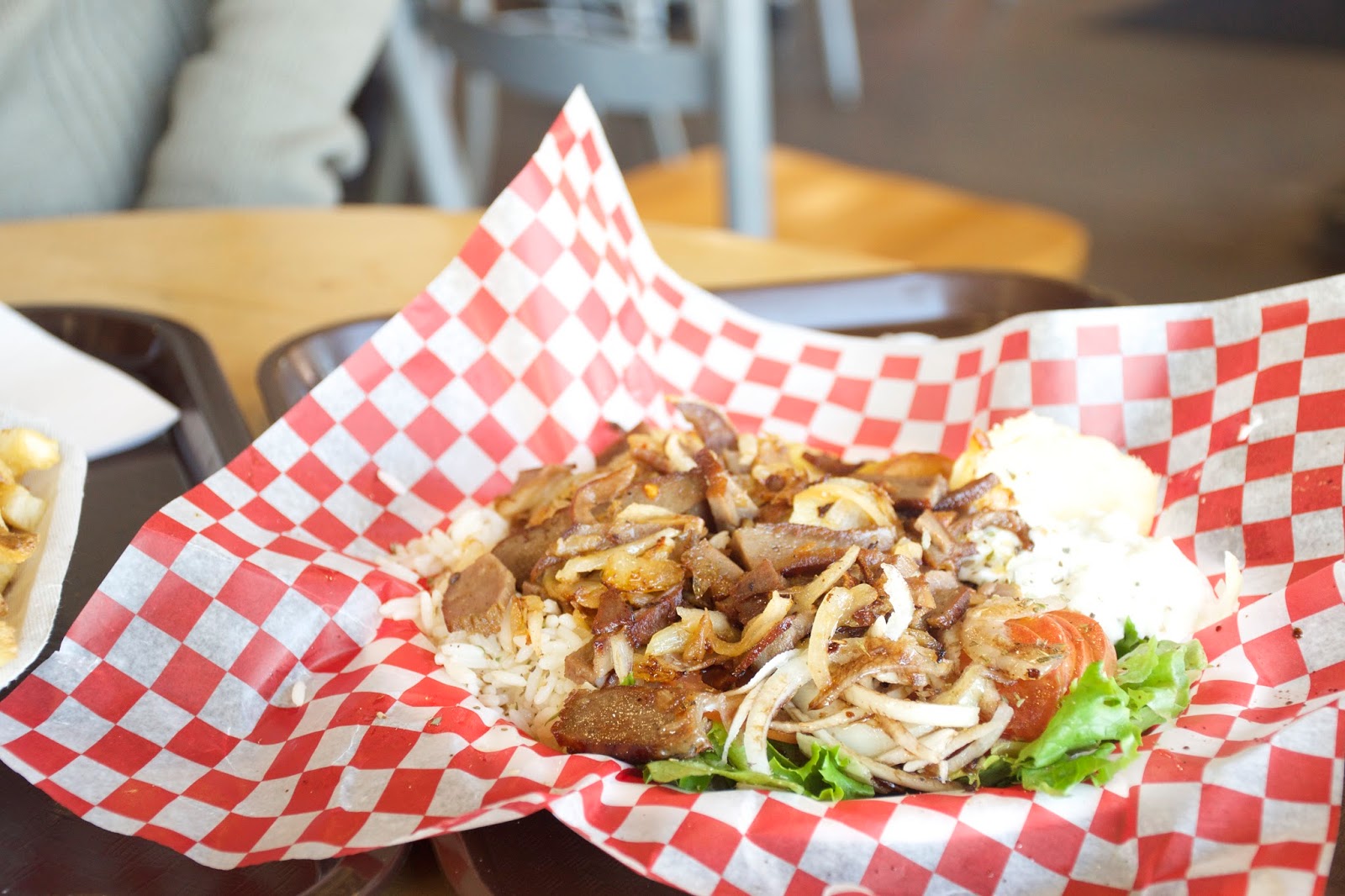 Combo Beef Platter w/ Potatoes, rice, salad
2.5/5 stars
This was a fairly large portion! He thought it was okay, but nothing particularly exciting. The beef was semi tender, charred at the edges, with a good amount of flavour. The sauteed onions helped bring out alot of the flavours from the beef. The salad was dressed in a light vinaigrette. There was also a piece of potato on the side and a small serving of tzatzi sauce!