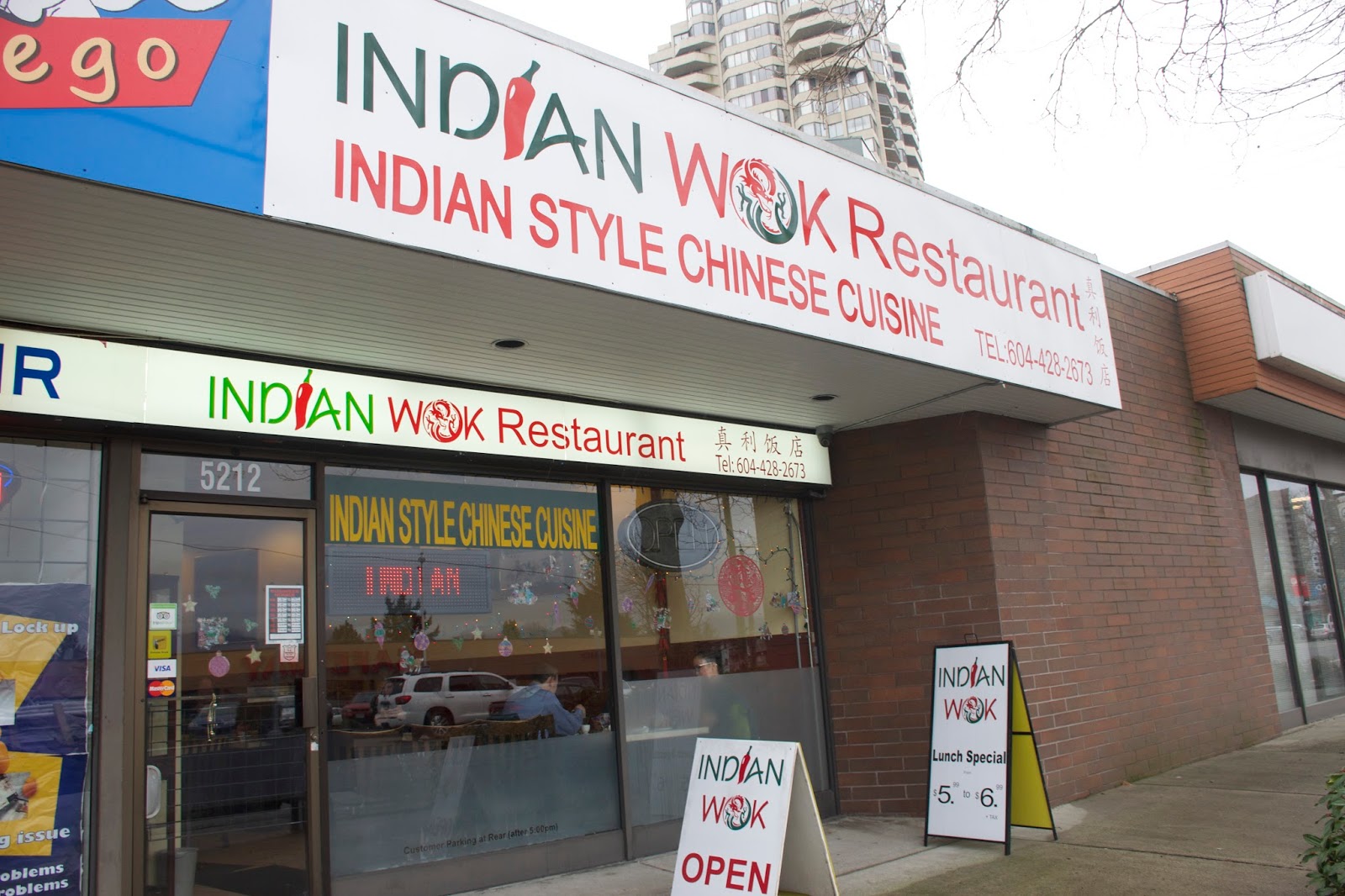 I can't believe this place has never been blogged about before haha! I guess I'll be the first! :D
Oh and it's my birthdayy today!! I turned the big 1-9, so I'm officially legal now guyss LOL! I never drank once through highschool, but now I legally can haha (but I'm probably still not going to lol)

Fun Fact: There was a girl in my highschool who had the same first and last name as me, and we were born only 3 days apart!! And we're both Taiwanese!! And we both wear glasses!

I wanted to go somewhere different for my birthday, and since I've never had Indian Style Chinese Cuisine before, we chose Indian Wok spontaneously for my birthday celebration!! I'm a pretty low key person when it comes to birthdays, I don't like throwing extravagant parties or spending a ton of money!
Indian Wok is located near Metrotown, in my old 'hood! The place was packed when we went for lunch! Service was super friendly, and the owner came to check on us twice to see how we were enjoying our food!! They have a large selection of uber affordable lunch specials for $5.99! That's cheaper than going to the food court!

I went to Metrotown afterwards and Telus was giving out free panda bear stuffies hehe!! I already have a panda at home so now my panda can have a panda baby LOL!! I also went to Starbucks to claim my free birthday drink, and I got my usual order of Passiontea Lemonade!!  I'm going to the library later to print out my coupon for my free birthday burger from Red Robins and Arby's LOL!! Sill contemplating which burger I should get at Red Robbins hehe. Hey, don't judge, who can say no to free stuff? :D 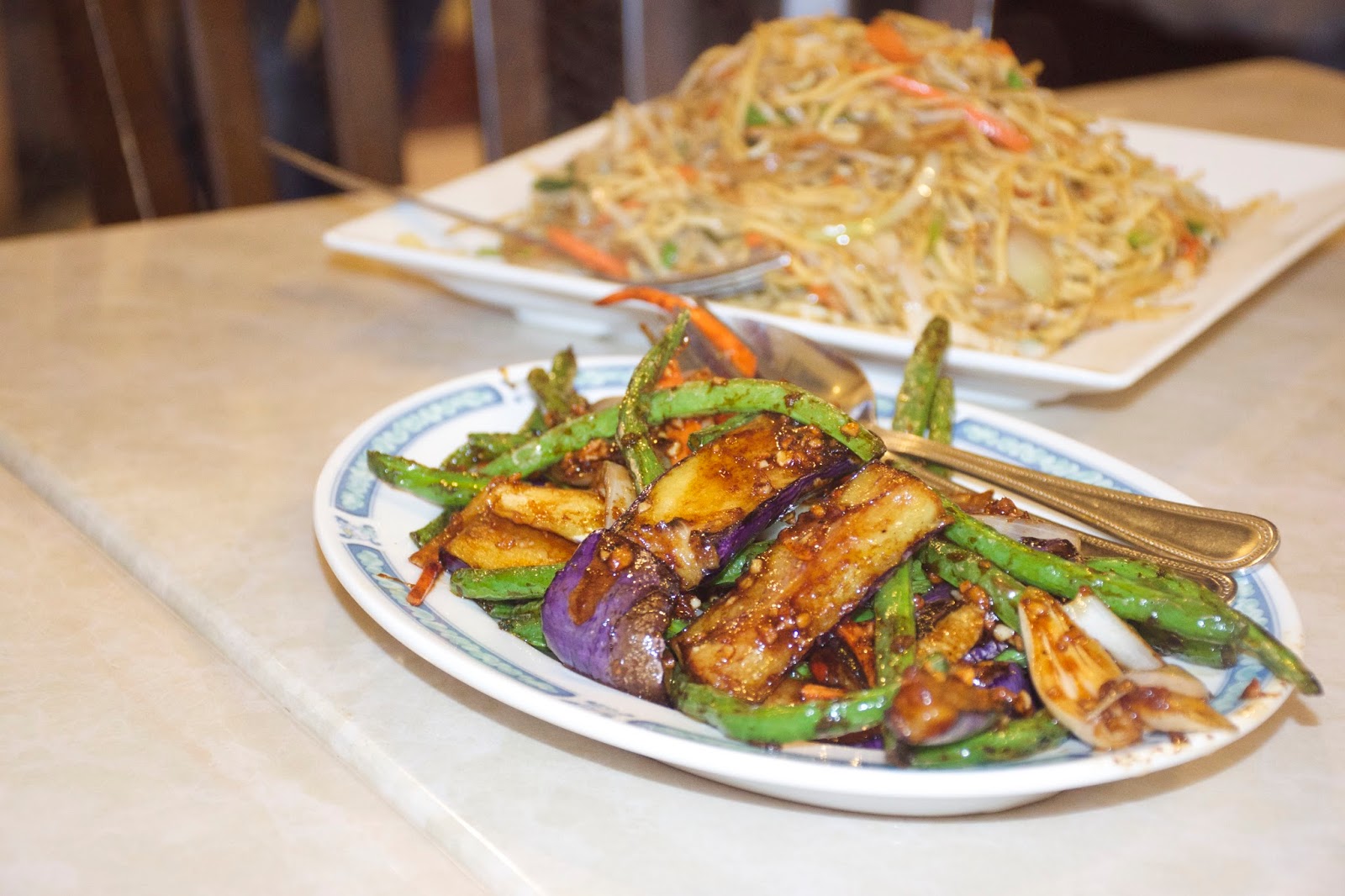 Spicy Eggplant & Green Beans $10
3.5/5 stars
This dish looks simple, but it's one of their signature dishes! Stirfried eggplants is a traditional chinese dish, but it was infused with indian spices, which gave it another dimension of flavour! The green beans were fresh and crunchy, and the eggplants were cooked perfectly, without being too mushy. There was also a ton of ginger and garlic in there! 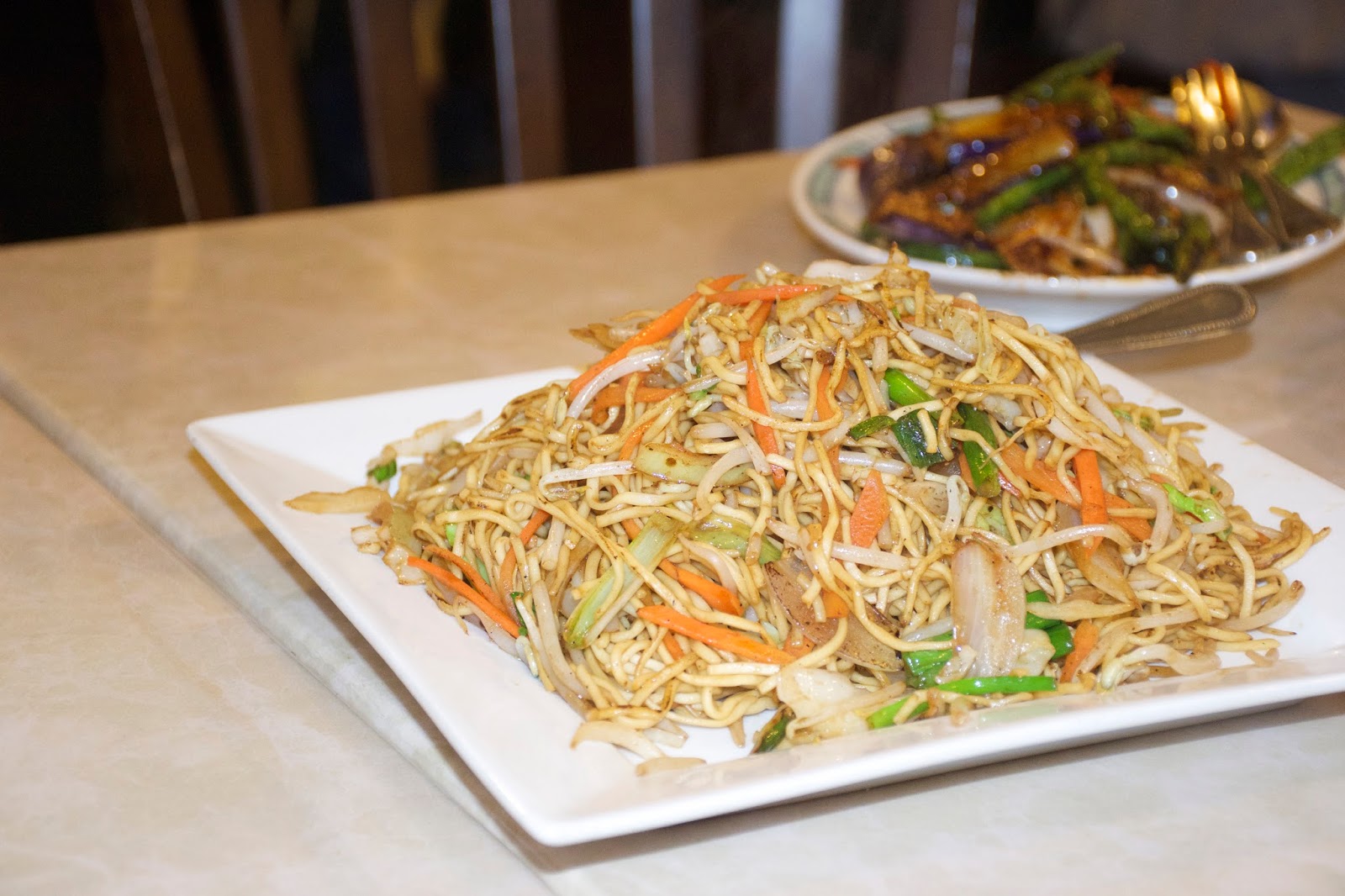 Hakka Style Chowmein $10
3/5 stars
This was really large portion! It was modestly seasoned, but it had great "wok hey!" The indian spices used in this was very subtle, but still detectable if you "tasted" hard enough LOL! The noodles were al dente, and didn't clump together, and the veggies were plentiful! 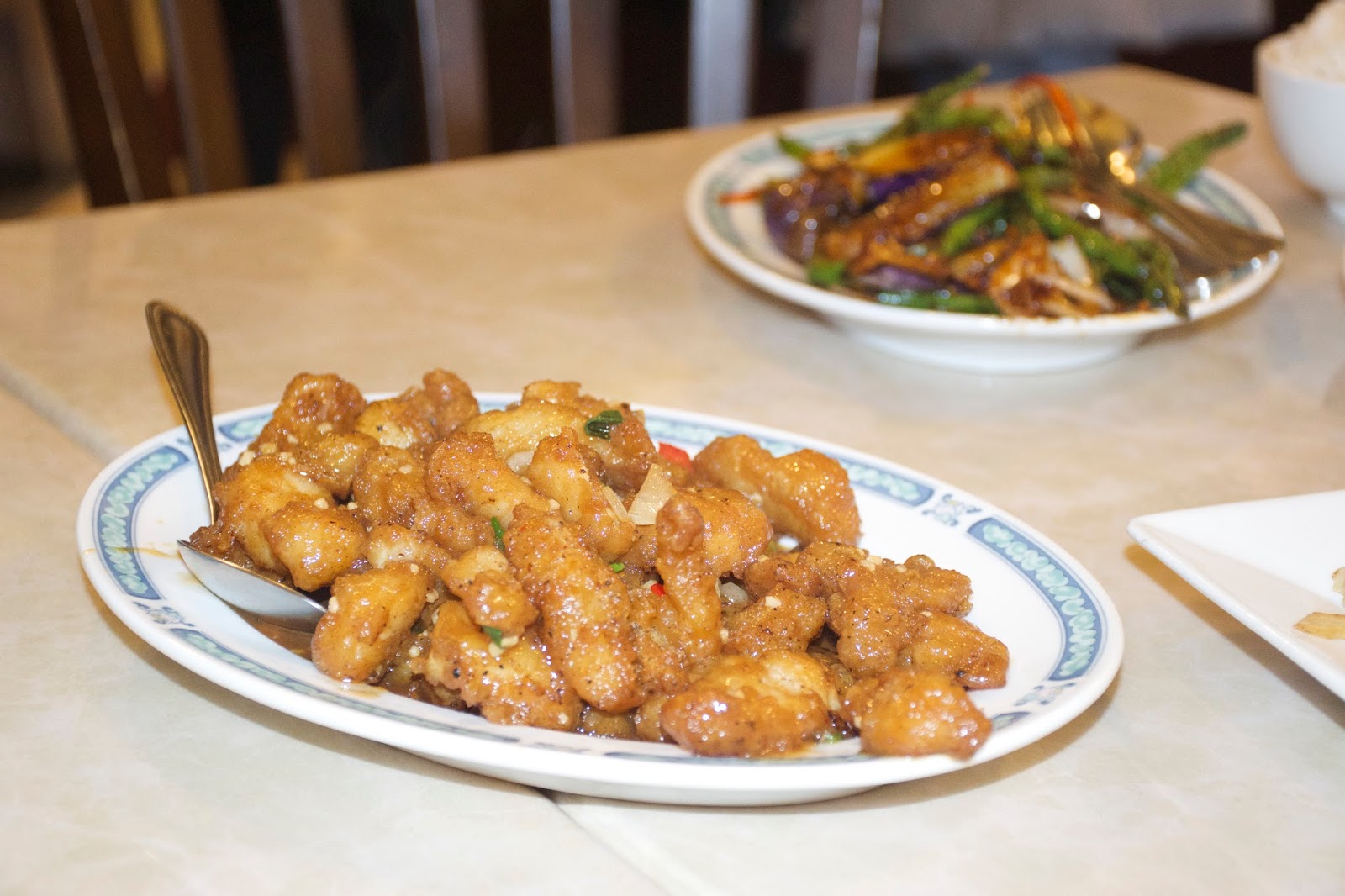 Manchuarian Chicken $11.50
2.5/5 stars
This was actually really spicy! Really similar to Szechuan style chicken. The exterior was really crispy, and the inside was lean and moist. The Indian influence was less obvious in this dish but it was still pretty good! 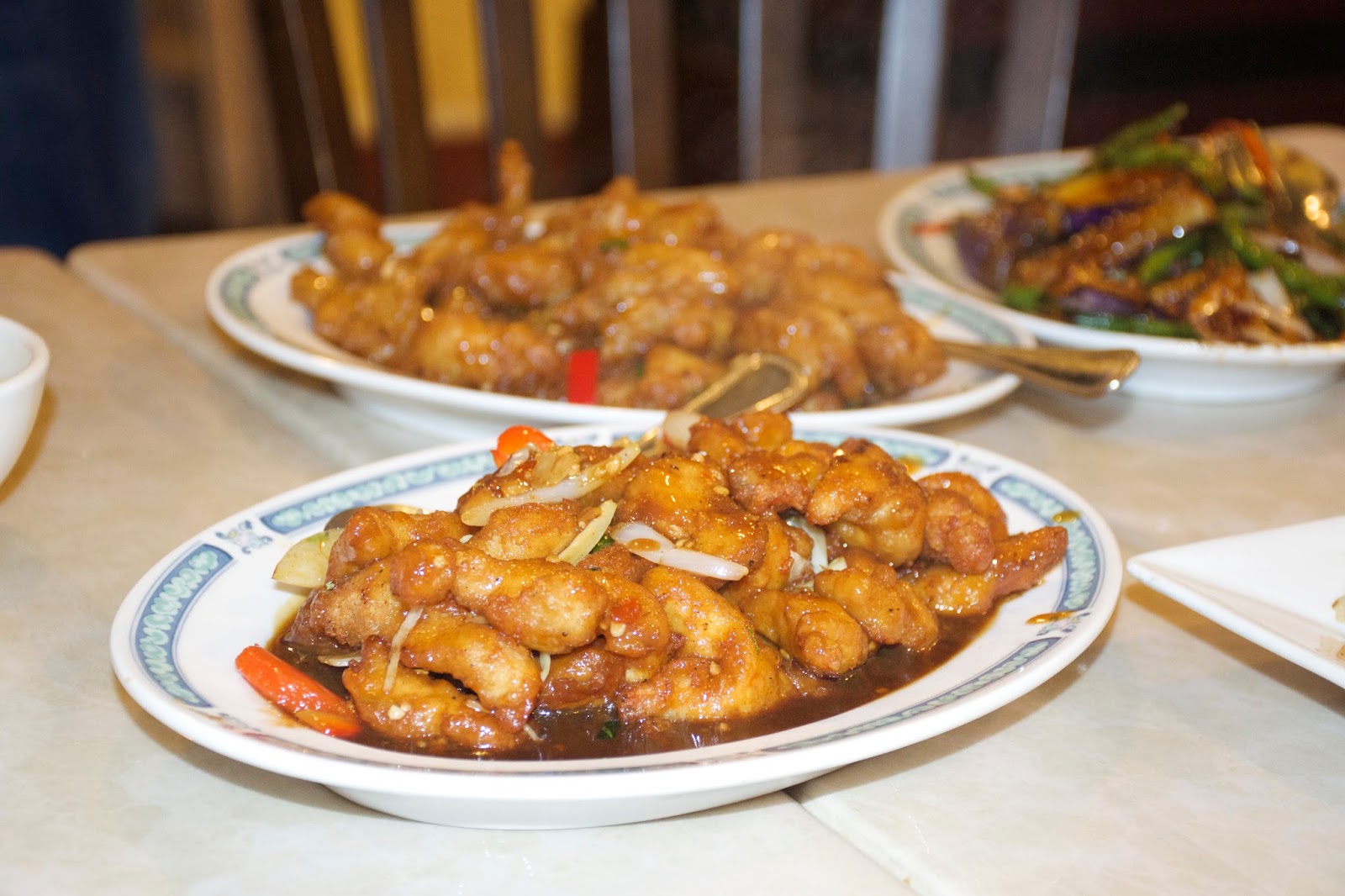 Bombay Style Fried Fish $12.50
3.5/5 stars
This was my favourite dish of the meal! The fish was lightly battered on the outside, moist and soft on the inside, and soaked up all the flavours of the sauce! The sauce wasn't spicy, but it was really complex, with multidimensional layers of flavour. 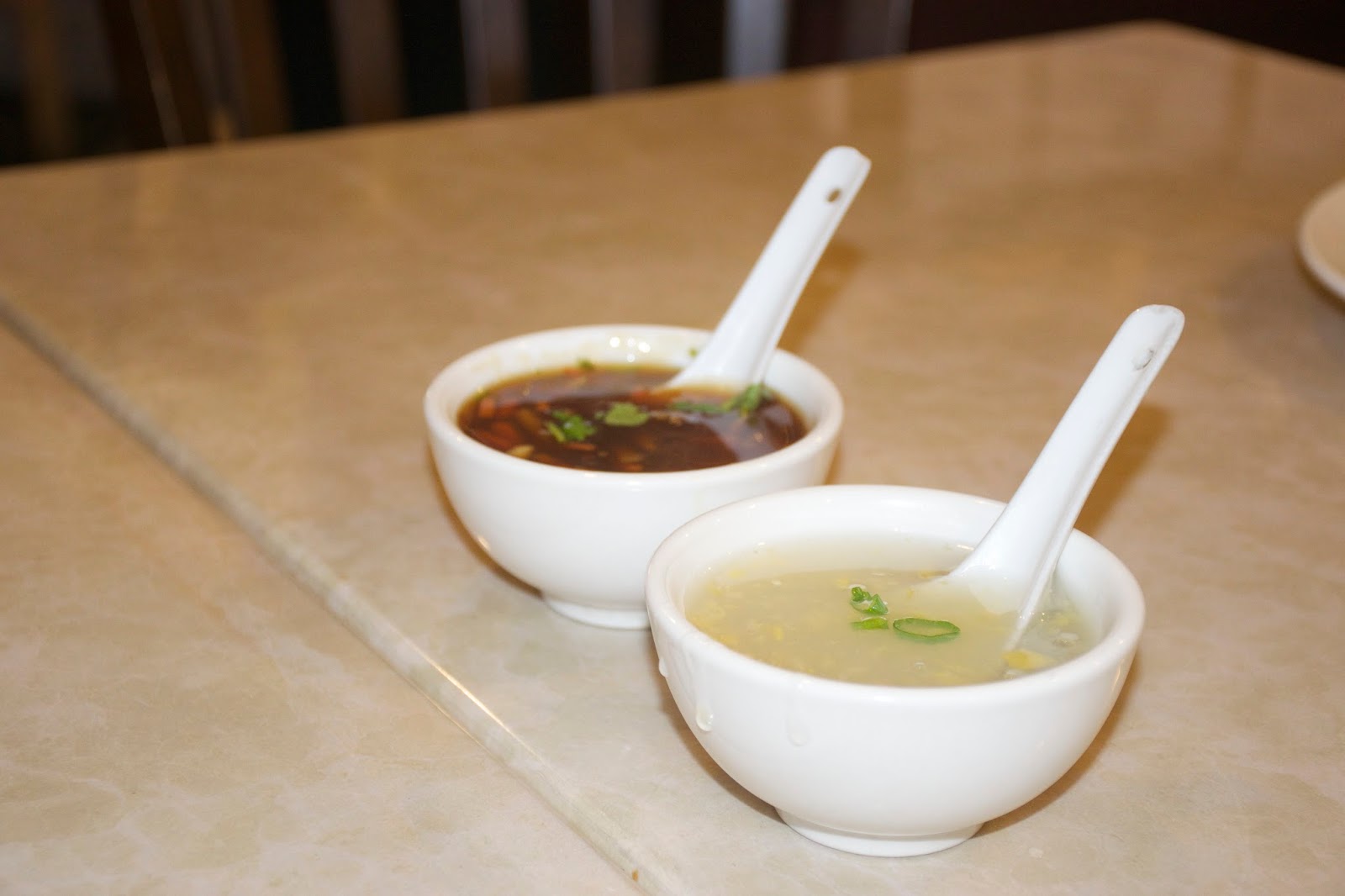 Complimentary Egg Drop Soup
1.5/5 stars
While we were waiting for our food, the waitress came over and told us that it would be a while, and she said that we could get soup on the house!! We got two of their more popular soups, the egg drop and hot&sour soup! The egg drop was okay, it was a bit too starchy for my liking, and there wasn't alot of egg in it. 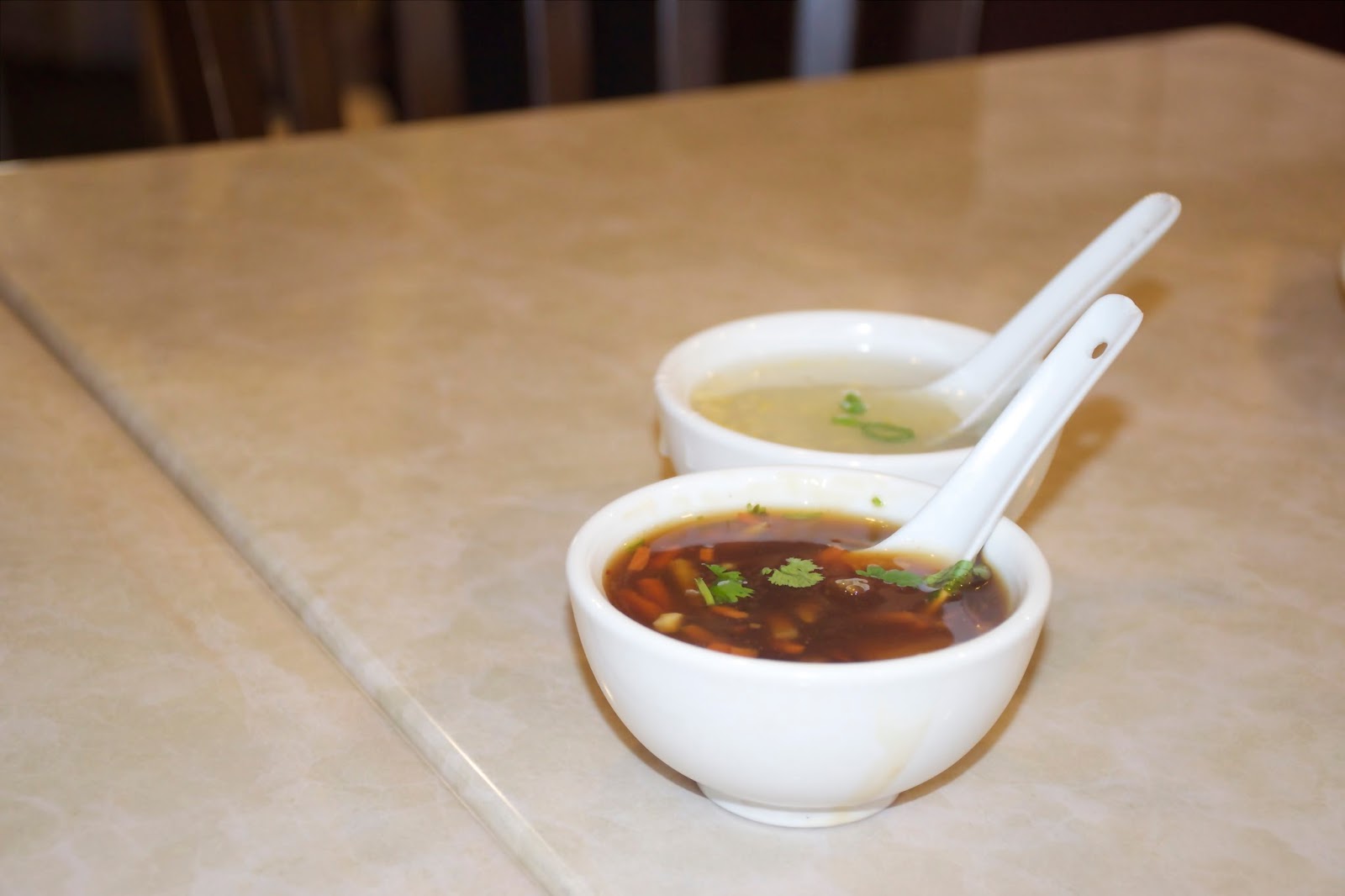 Hot & Sour Soup
3.5/5 stars
The hot&sour soup was pretty good! It didn't taste watered down at all and my mom said that it was indeed authentic. It wasn't overly starchy either, and there was a good balance of spicy/sour flavours! 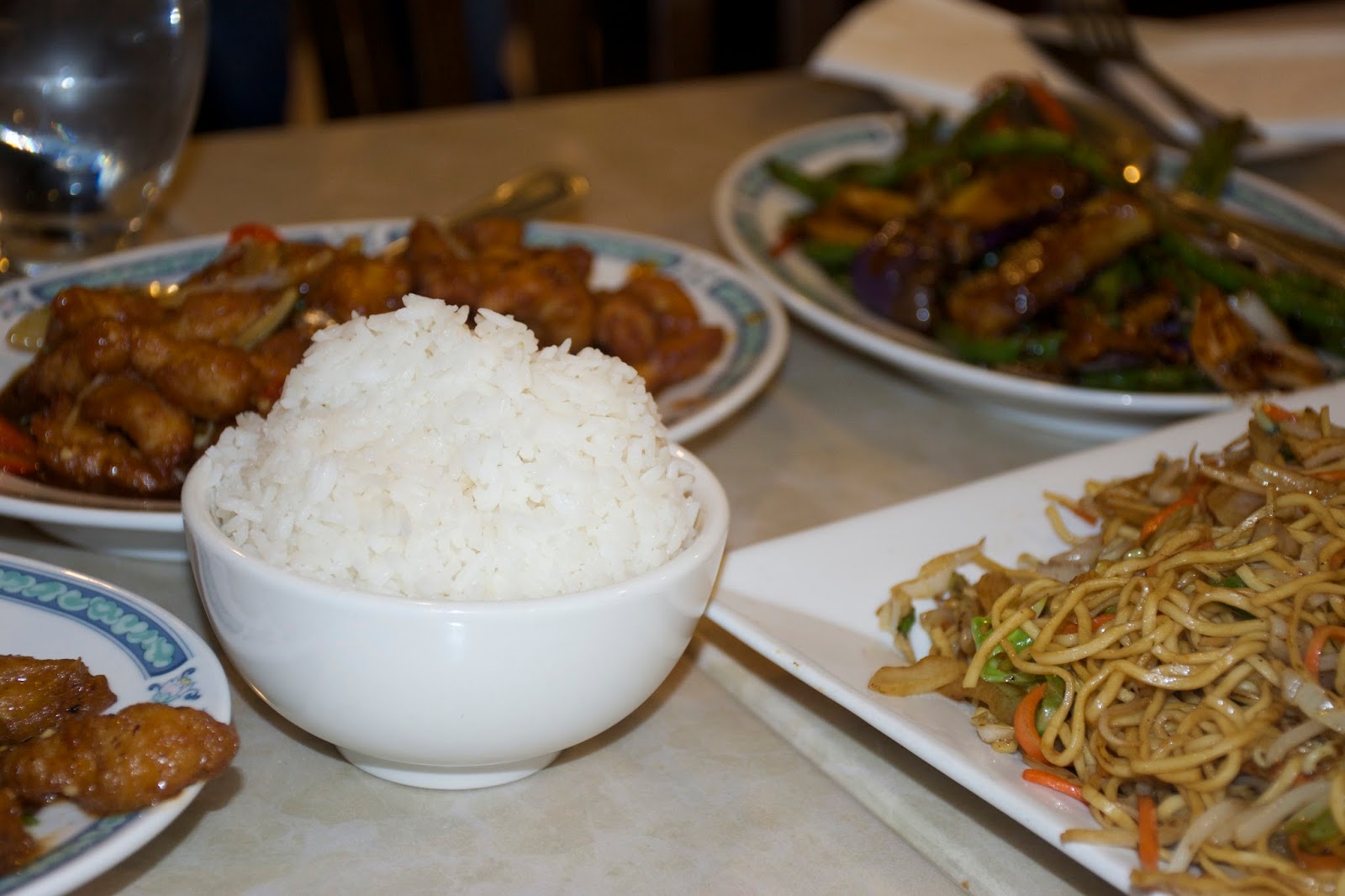 You know me guys, gotta have my rice! :D 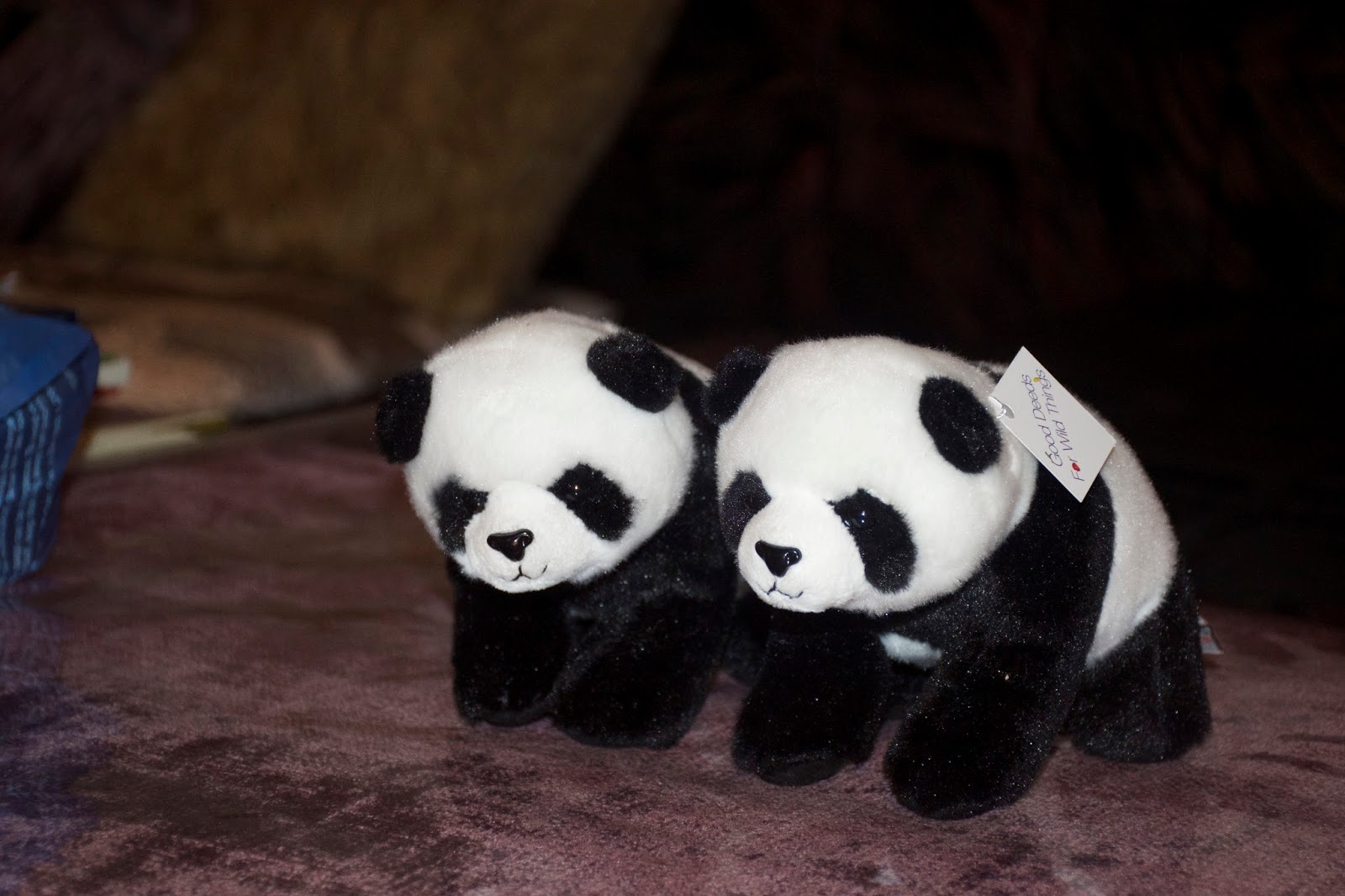 Telus was handing out free panda bear stuffies at Metro!! One for me, one for my mom hehe! Seww cute!!! :D