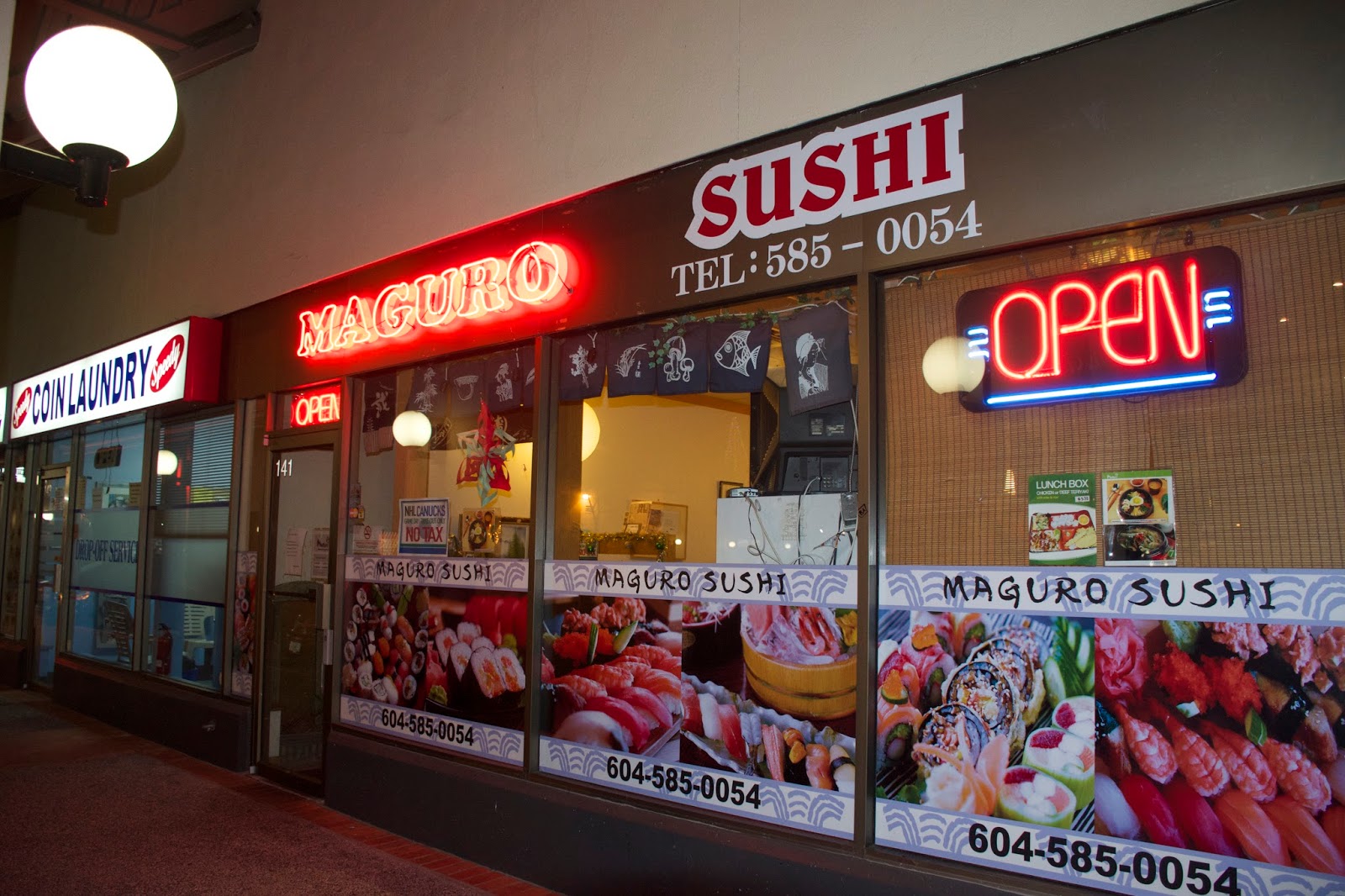 Update: OMG...I just realized something...I made it to the top 10 blogger leaderboard on Urbanspoon! #mindblown. Seriously. Thankyouuu so much guys!! And to think that a little over an year ago I was #800 something LOL! But at the end of the day the numbers/ranks don't matter, its all for the pure joy of blogging and sharing my love of food with the world!! :D

I've had fish 5 days in a row LOL. Yes, the possibility of mercury poisoning is becoming all too real. But it's crazy thinking that a year ago I hated fish haha. But now I love fish! Oh, how things change. I guess I'm finally maturing LOL! Actually, if I compare my old self to  my current self, it wouldn't be far from the truth. I've definitely matured in more ways than one haha.

My dad and I usually stay home for dinner, but since it was Christmas Eve, we decided to go out for food instead!! :D  I eye Marugo everytime we go to T&T, and we finally got to try it out! On the inside it looks like an authentic Japanese restaurant, light wooden decor, tatami rooms and all! But turns out this place is actually run by Koreans! The bimbimbap on the menu was a dead giveaway lol!!

This place is known around town for their large portion sizes and fusion rolls! The food took over half an hour to arrive, and I was starvinggg by then! It was absolute torture watching the waitress carry over plates of ginormous sushi rolls to the surrounding tables lol! 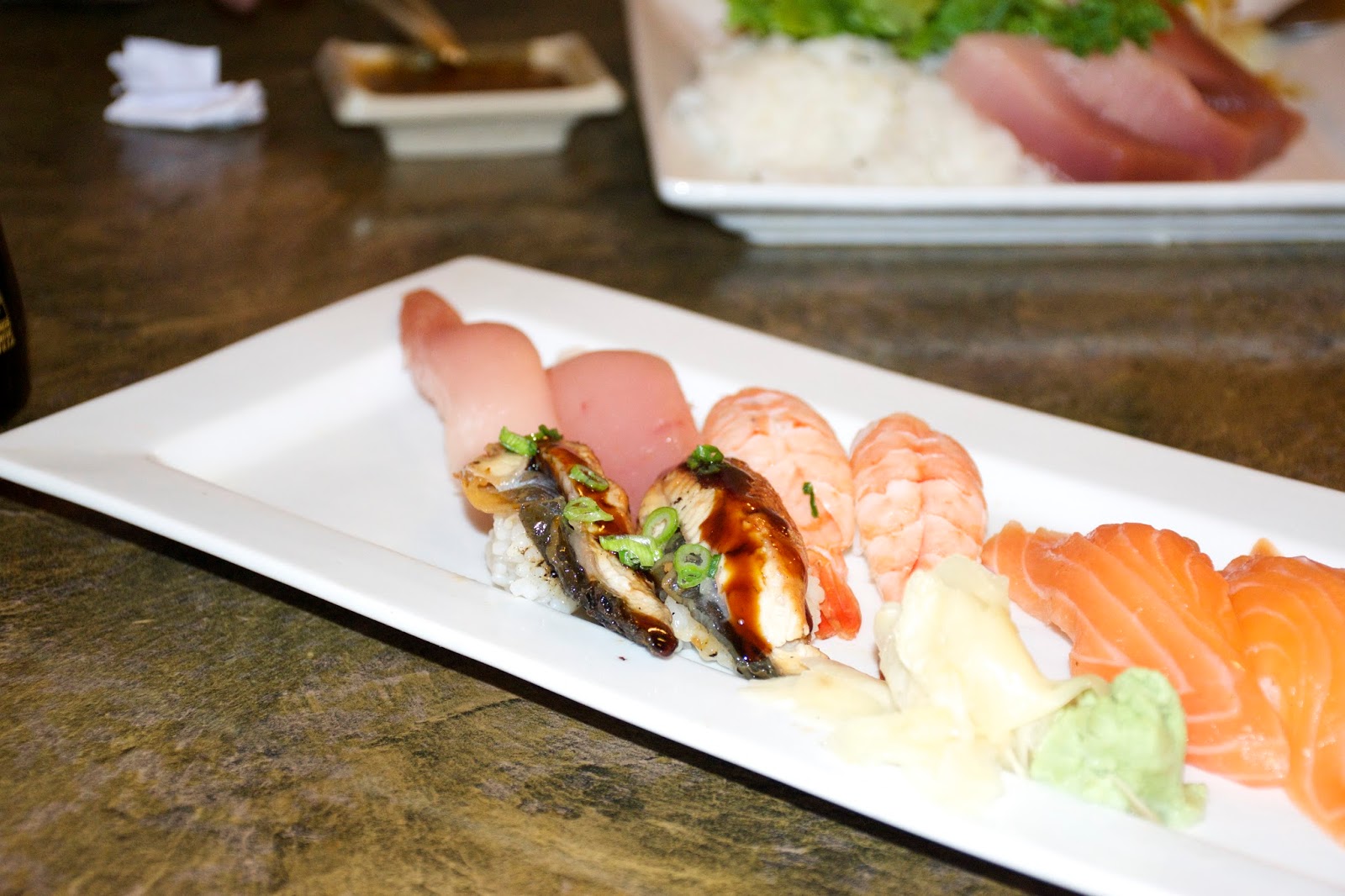 Nigiri Combo $10.95
Unagi: 3/5 stars
Wanting to stick to be basics, I went with a nigiri combo! The unagi was solid! Soft, buttery, with a liberal amount of sweet unagi sauce coating each piece. There wasn't too much rice and it was tightly packed and grainy. 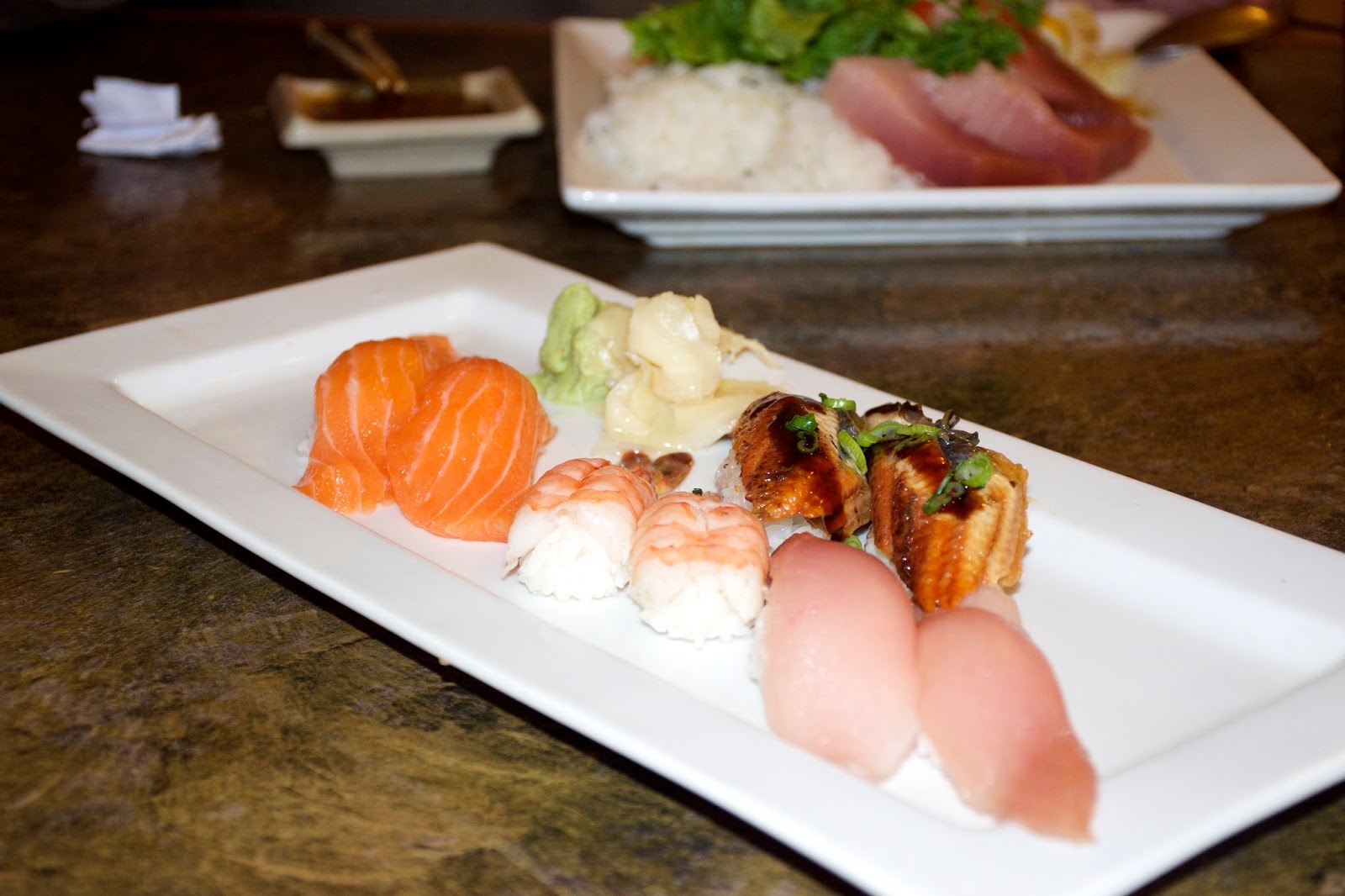 The other nigiri pieces were pretty standard, the salmon, and tuna both tasted subpar. The ebi had a nice snap and a natural sweetness to it. The rice was properly seasoned and wasn't too mushy or hard. 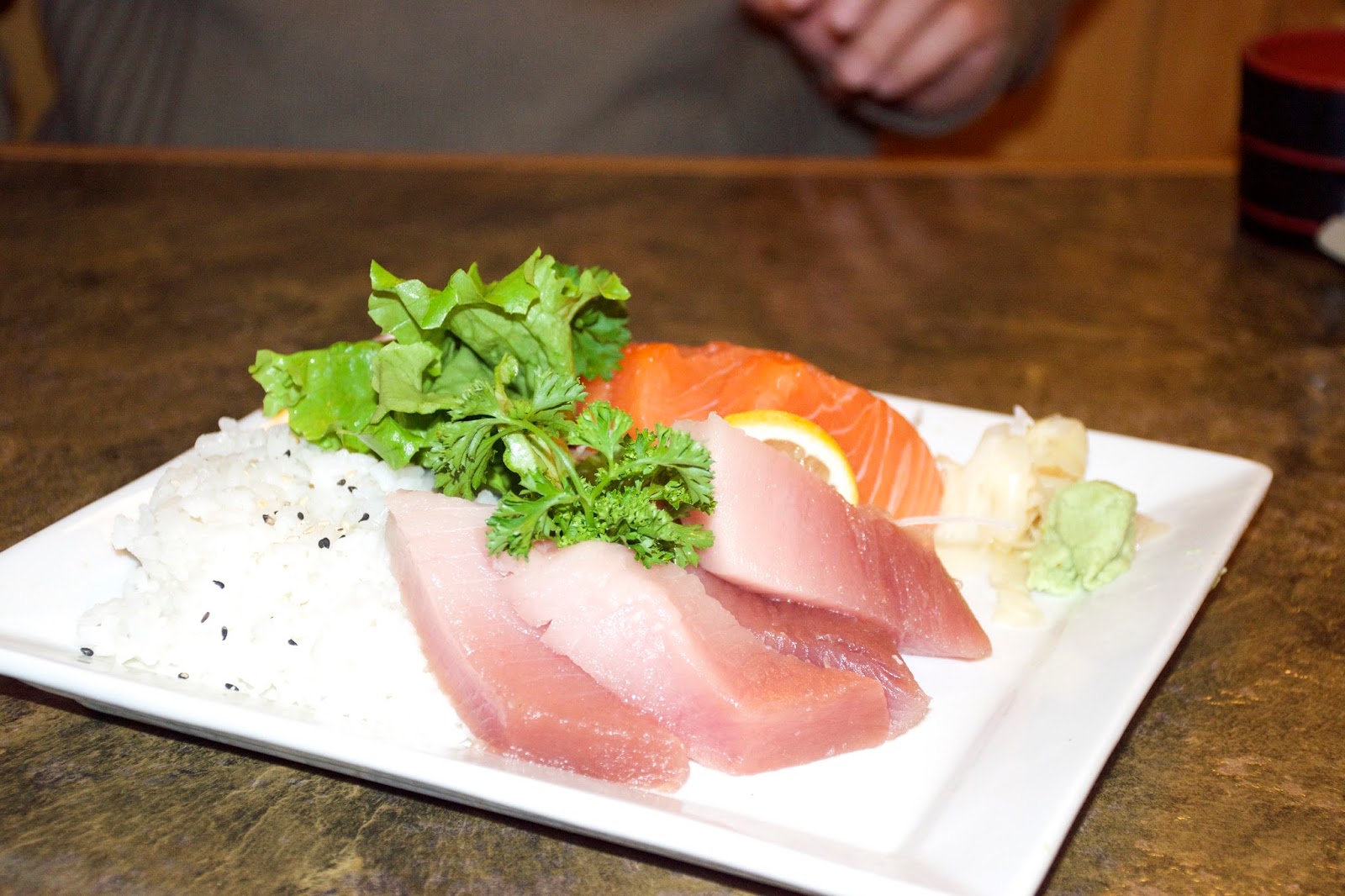 Tuna & Sashimi Don $10.50
Tuna: 2/5 stars
Wow, you can't tell in the picture, but these pieces were HUGE. My dad wasn't impressed haha. He was like "Wow, the guy was that lazy, he couldn't he even cut the pieces properly? They might have well have given me a whole fish." ...LOL!! Seriously, the pieces were that huge!! Sure, the knifework was really off, but definitely value for the $!! It did taste pretty fresh though, so overall, no complaints! :D 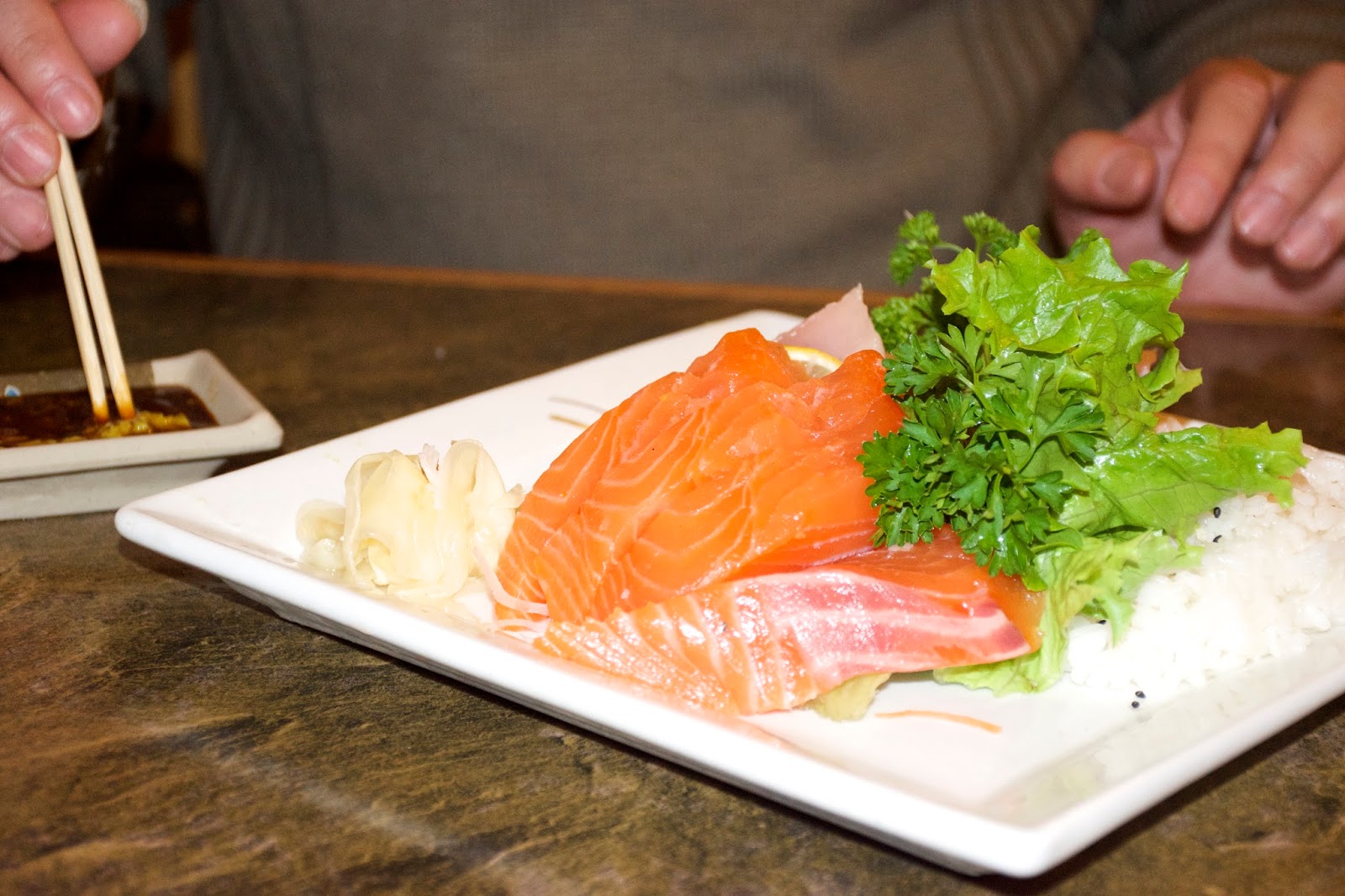 Salmon Sashimi
2.5/5 stars
The salmon chunks were even larger lol!! It was nicely marbled and fatty, and tasted reasonably fresh. The combo also came with a large side of rice! After finishing the combo he was stuffed!! 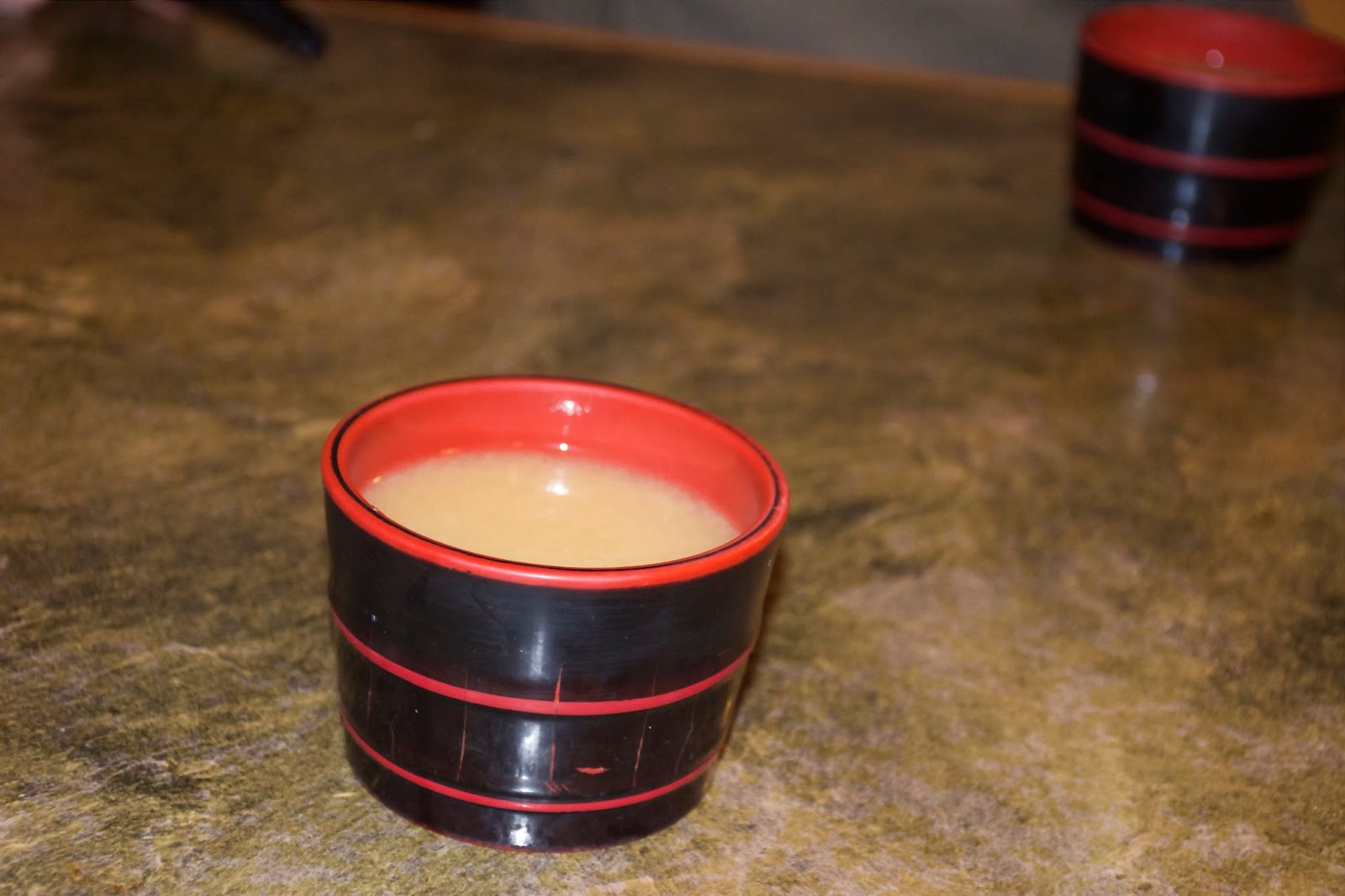 Miso Soup
2/5 stars
The miso soup wasn't too salty but the miso flavour wasn't all very apparent because the soup tasted a bit watered down. 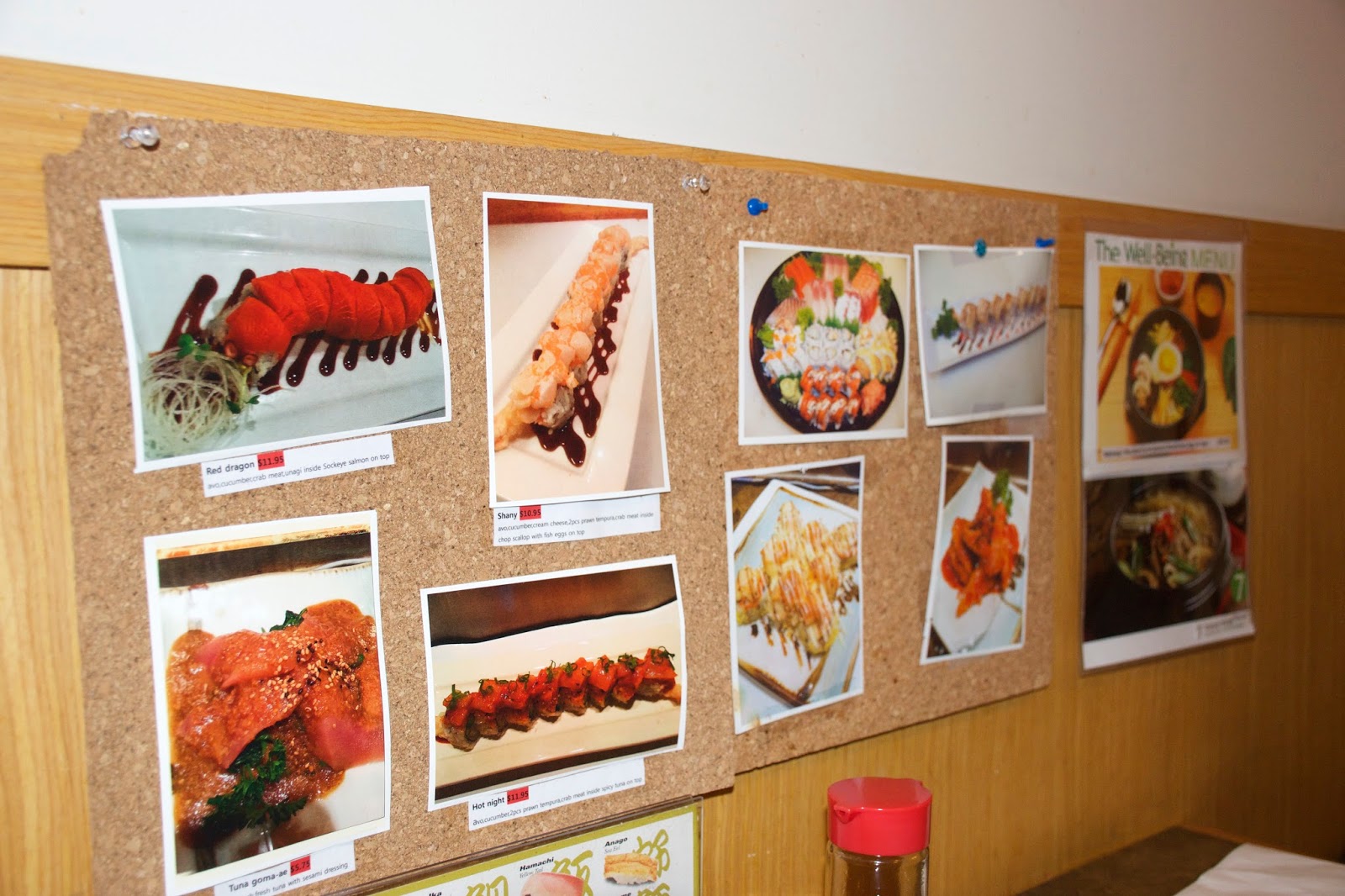 They have pictures of some of their specialty rolls tacked on the walls! :D