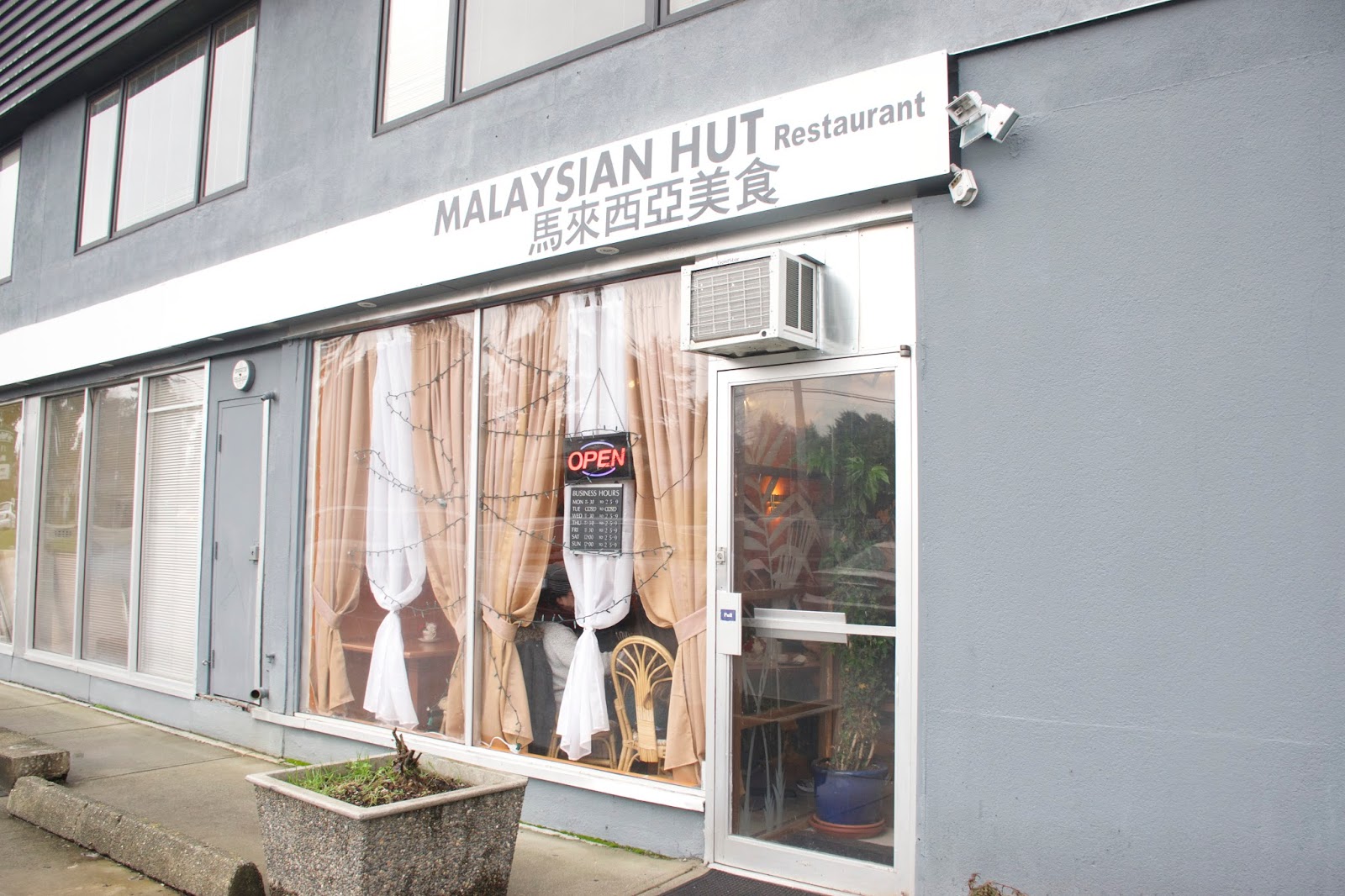 A few days ago when we were going to Nori Casual, I spotted Malaysian Hut! There aren't many South Asian restaurants in Surrey, but judging from the reviews online, Malaysian Hut is definitely one of the better ones! My dad actually liked Nori so much he wanted to go back LOL, and that rarely ever happens!! And knowing him, he would probably order the same thing... But for blogging purposes, I convinced him to come here instead haha!

The restaurant's pretty small, and to my surprise, it was more than half full when we went for lunch!! There was only one waitress serving the floor and one cook in the back, so service was pretty slow haha, which annoyed my dad. He's more of an in-and-out (no, not the burger joint LOL) type of guy when it comes to food! It took us 5 mins to flag down the waitress, and we got our food about 25 mins later, which was faster than I had expected!

One thing I really like about their menu is that they have pictures to go with each menu item so you can get a rough idea of what you're going to get before you order! Their menu isn't too extensive (which I like, so you don't have to spend ages deciding what to order), but they have all your Malaysian staples like laska, beef rendang, char kew teoy, bbq skewers, and hainanese chicken! 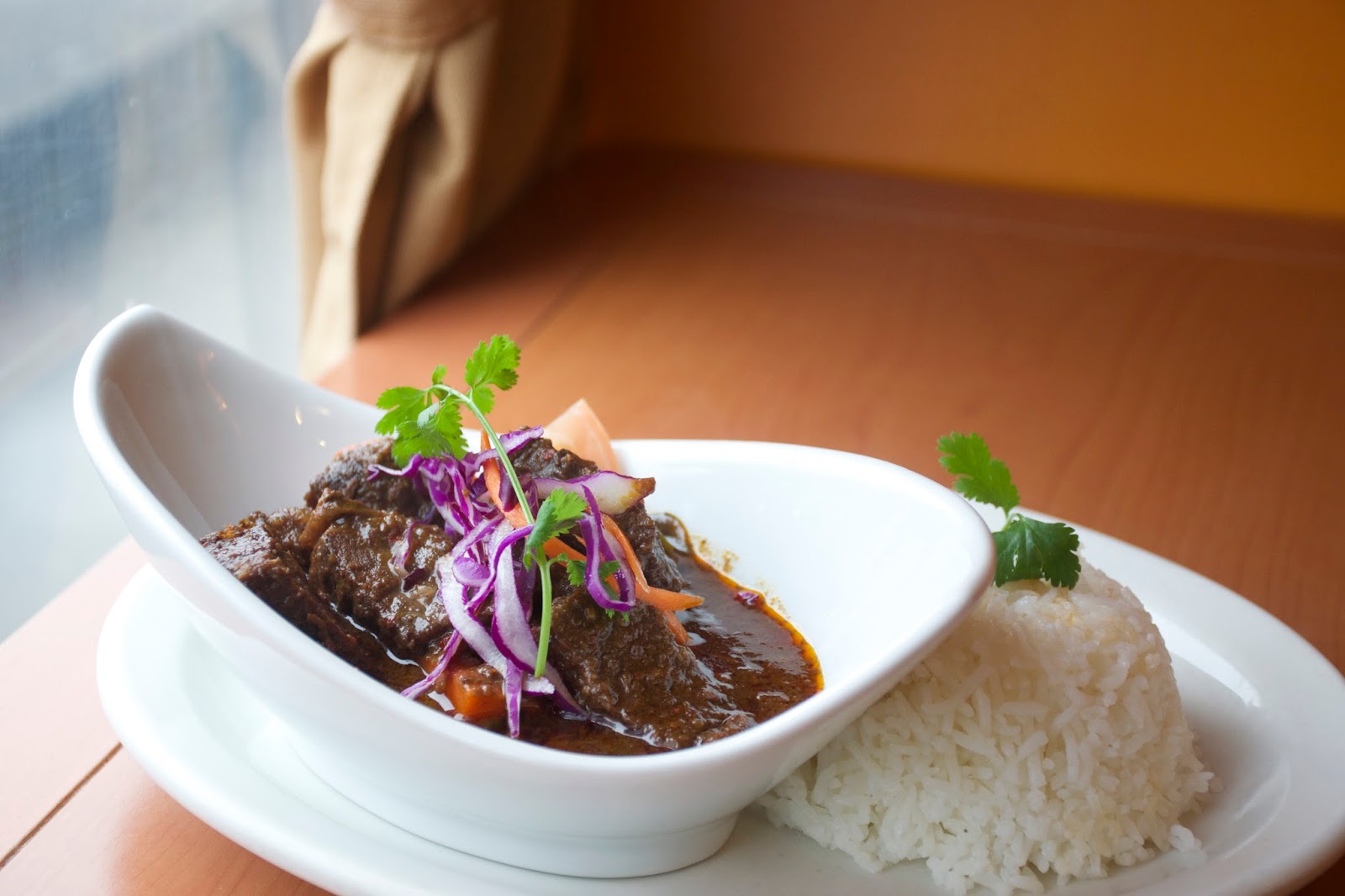 Beef Rendang $10
3/5 stars
While all the flavours were on point, the beef was really tough and too lean to my liking. It was hard to chew and rather dry. A little bit of fattiness would have made a huge difference! The sauce on the other hand, was great. It wasn't as sweet or as spicy as other beef rendangs, but the flavours were complex and held their own. All the combos also come with a side of coconut rice! The coconut flavour was strong, and the rice was grainy and fragrant. 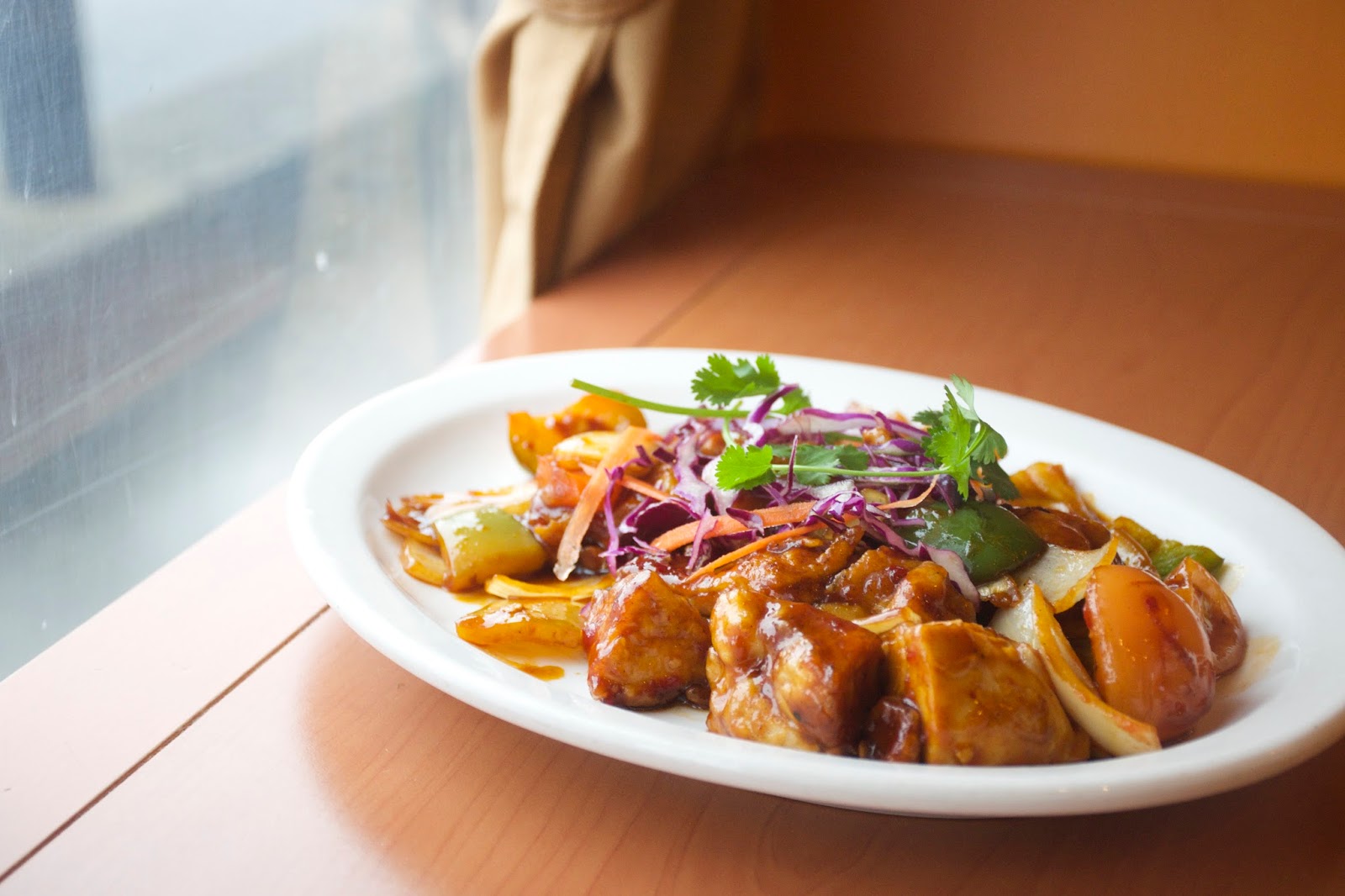 Sambal Chicken $9.50
3.5/5 stars
The sambal chicken wasn't as tangy as I was expecting. It was actually pretty sweet, and tasted similar to sweet&sour pork, except it had a subtle spiciness to it. The chicken pieces were great though, super tender, juicy, and moist, they even left some of the skin on! There was also a generous amount of sautéed veggies. This also came with a seperate side of coconut rice!