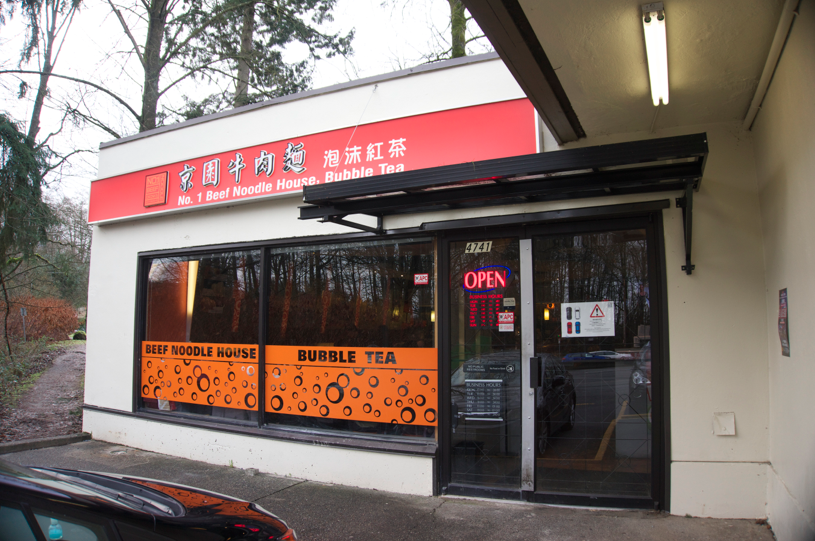 After church on Sunday both my mom and I were super hungry and didn't want to travel too far...but thankfully No.1 Beef Noodle House was just across the street! :D

No.1 Beef Noodle is a Taiwanese restaurant/bubble tea house located right beside Willingdon Church and Moscrop Secondary (my old highschool) lol! Yes, despite passing by this place twice a day everyday for 5 years I never got around to trying it LOL...until now! I did come here for bubble tea twice though, but all I remember was that it was mediocre, and not worth the $4+ that I had paid haha.

I remember being scared off by the reports on the news that surfaced in late 2008/2009 about this place being the "dirtiest" restaurant in all of Vancouver haha!! They've since cleaned up their act, which was confirmed by the fact that I wasn't constipated later in the day LOL...hooray!! *awkward silence* 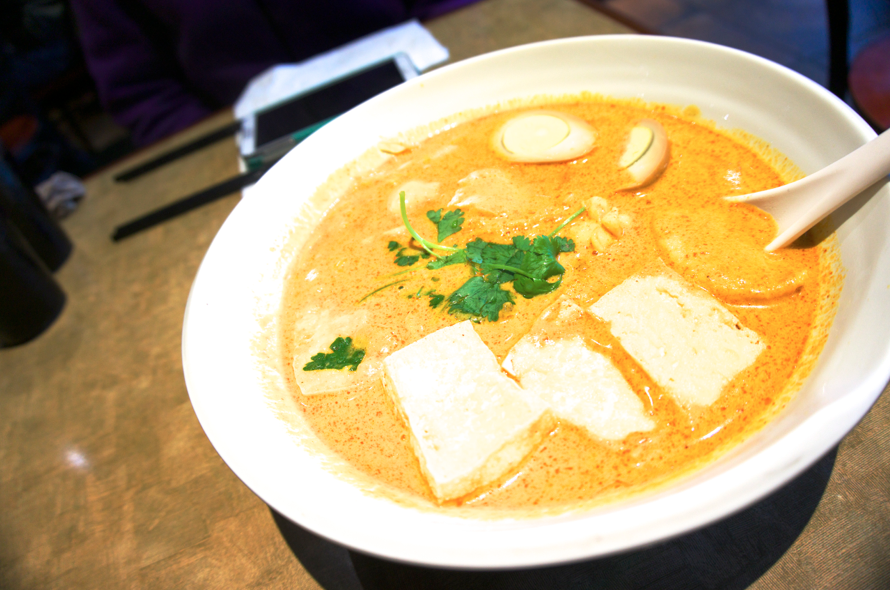 Laska Noodle Soup $9.50
2/5 stars
I was surprised to see Malaysian dishes on the menu, they even had assam style fish! My mom had the laska, and it arrived in a huge bowl! My mom enjoyed it! I had a taste of the broth and I thought it was okay, definitely not comparable to authentic laska! While the coconut flavour was there, it was just too one note, and lacking in depth. There was a generous amount of semi al dente noodles though, an egg, and chunks of tofu! 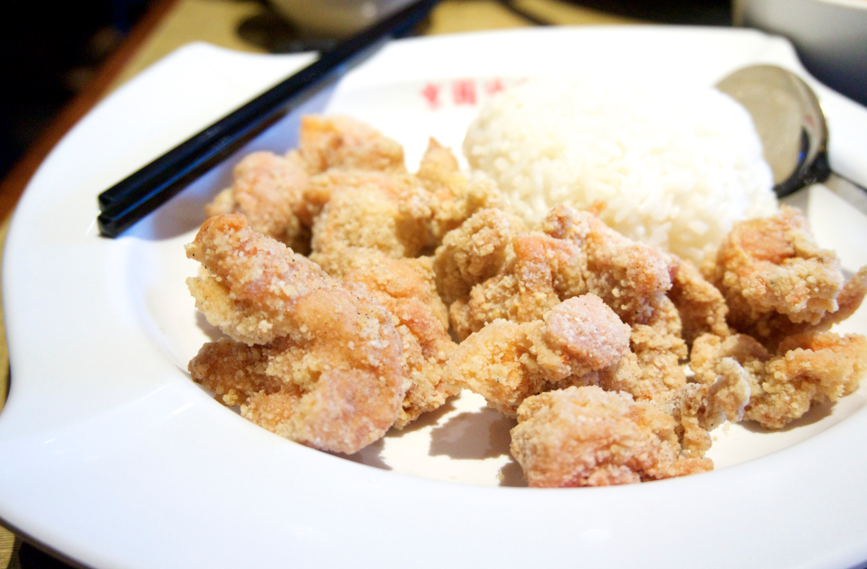 Salt Peppery Chicken w/ Curry on the side $9.50
3.5/5 stars
How can you not order salt peppery chicken at a Taiwanese resto? haha! The set that I ordered usually comes with the curry on top of the chicken, but since I didn't want my nuggets to get soggy , I asked for the curry on the side!
The chicken was solid! Alot better than Bubble World's and comparable to Pearl Castle's version! The batter was well executed, light and crispy, with the inside being moist and juicy. There was a strong 5 spice hit but I thought the seasoning was a little unevenly distributed because some pieces were bland, while others were overly salty. 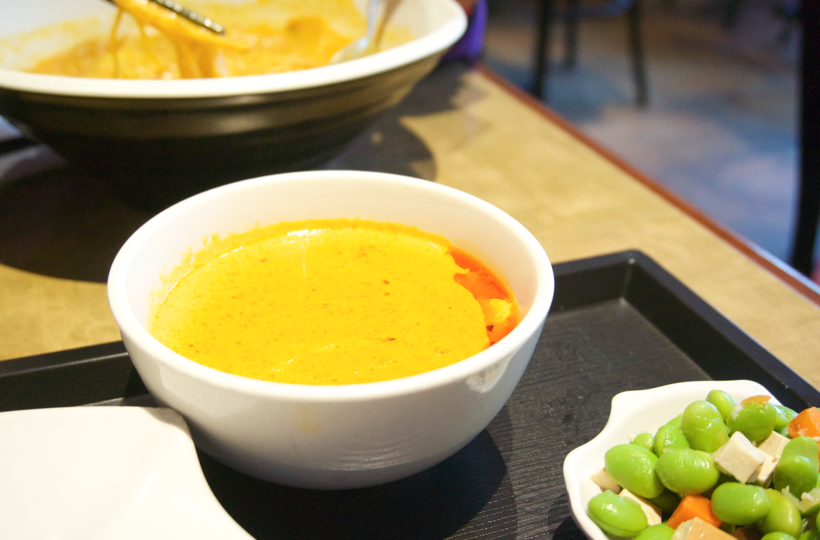 Curry
1/5 stars
The curry was a letdown...especially since everyone was raving about it on yelp and foursquare haha! It was thick and creamy, but really lacked flavour. It was mildly spicy, but other than that, really one note and boring! So we ended up packing this up and my mom remade it into soup for dinner haha! 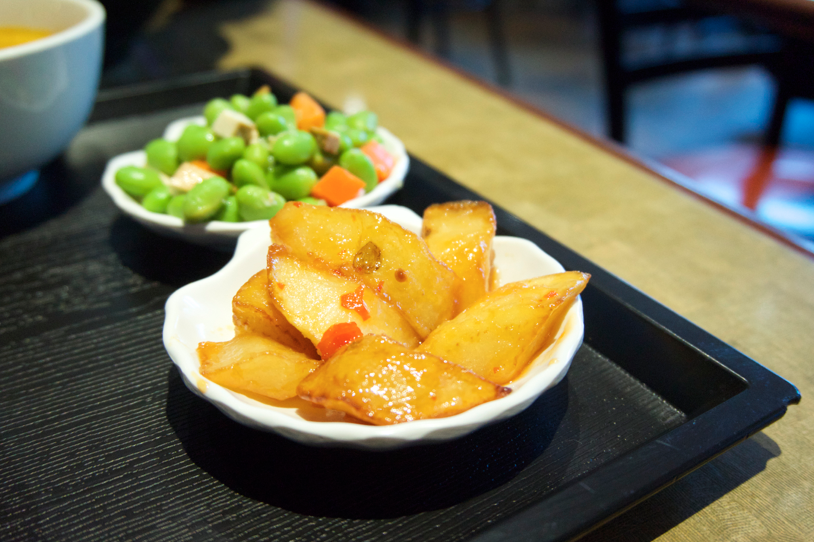 Side Dishes
3.5/5 stars
These side dishes were surprisingly decent and way better than Pearl Castle's and Bubble Worlds haha! Both dishes were served cold! Drizzled in a light sesame oil, the edamame was pretty tasty! The potatoes were crusted on the outside and glazed in a sweet chilli sauce.