I never expected to find such an awesome Japanese Restaurant in Guildford, of all places!! Gotta admit, this place is really growing on me haha! Despite the fact that Surrey gets a bad rap, I honestly really like it now! The suburbs makes me feel strangely calm haha (since I'm so use to living in the city.)
Nori Casual looks like an assuming little shop from the outside, but once you step in, you realize that this place is legit!! Everything from the simple decor, the smell, the menu, the nice Japanese couple that greets you! Nori Casual is a small mom & pop run place that specializes in Donburi and Udon dishes! It really reminds me of Hi Genki or Aoytoa Blue Door! Simple Japanese homestyle food, done right!

What I really like about their menu is that instead of ordering a full sized donburi, you can get one in a combo bento box, so you get to try more items! All the combos include 4 pieces of a cali roll, miso soup, salad and your choice of tempura or gyozas! I was expecting the donburi to be "small" sized but there was actually alot, so their bentos are definitely a great deal!

Note: Let me know how you're liking this template!! I'm still on the fence about it haha, but it's starting to grow on me! :) 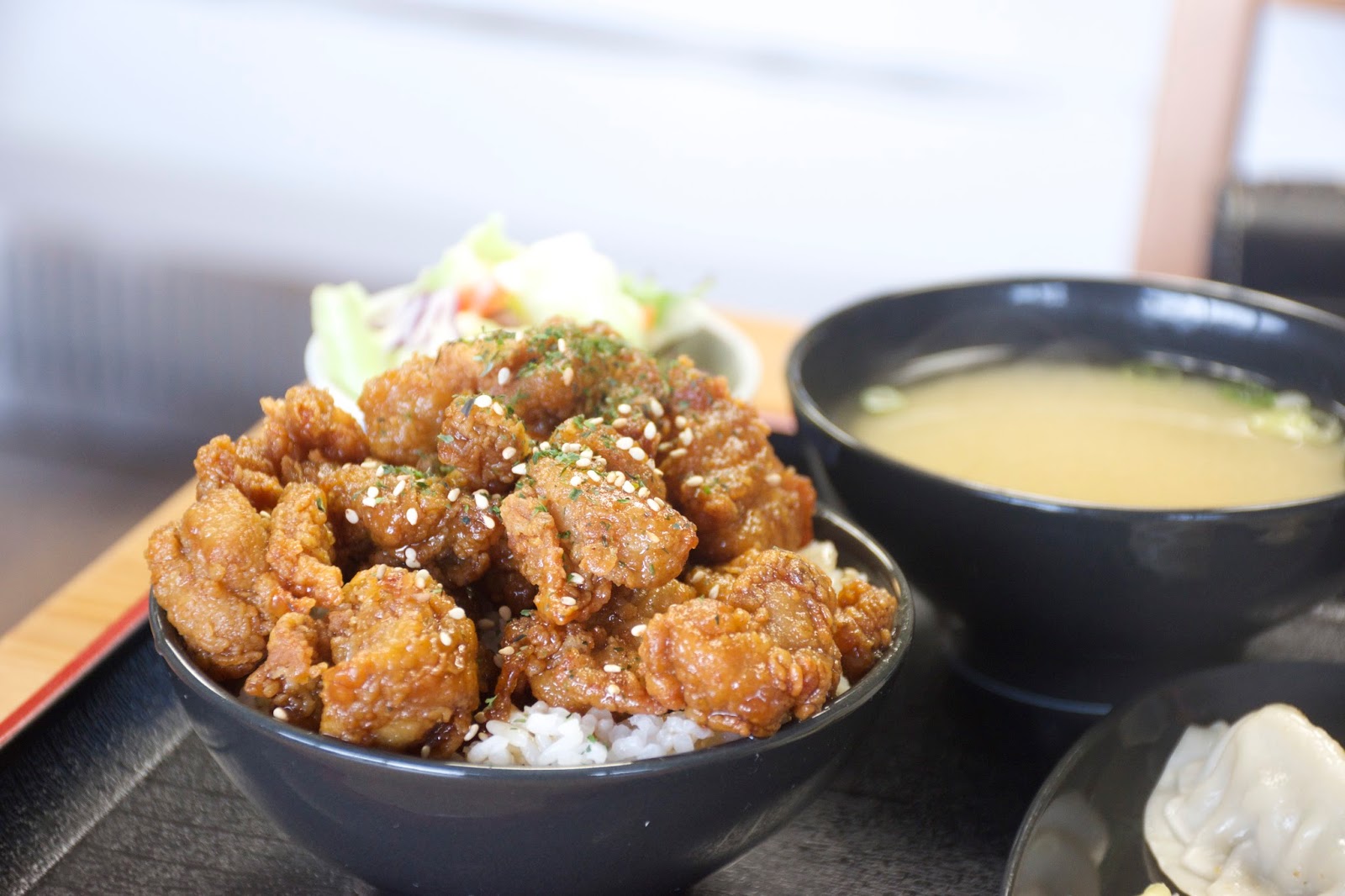 Chicken Kaarage Bento (Non Spicy Version)
4/5 stars
This really reminds me of Hi Genki's chicken kaarage! It's really similar, except Hi Genki's version is "wetter" in texture, the pieces of larger (but there's less) it's less crunchy, and the flavour is predominantly sweet. Nori's is alot crunchier, it's flavoured with garlic, and there are alot more pieces! 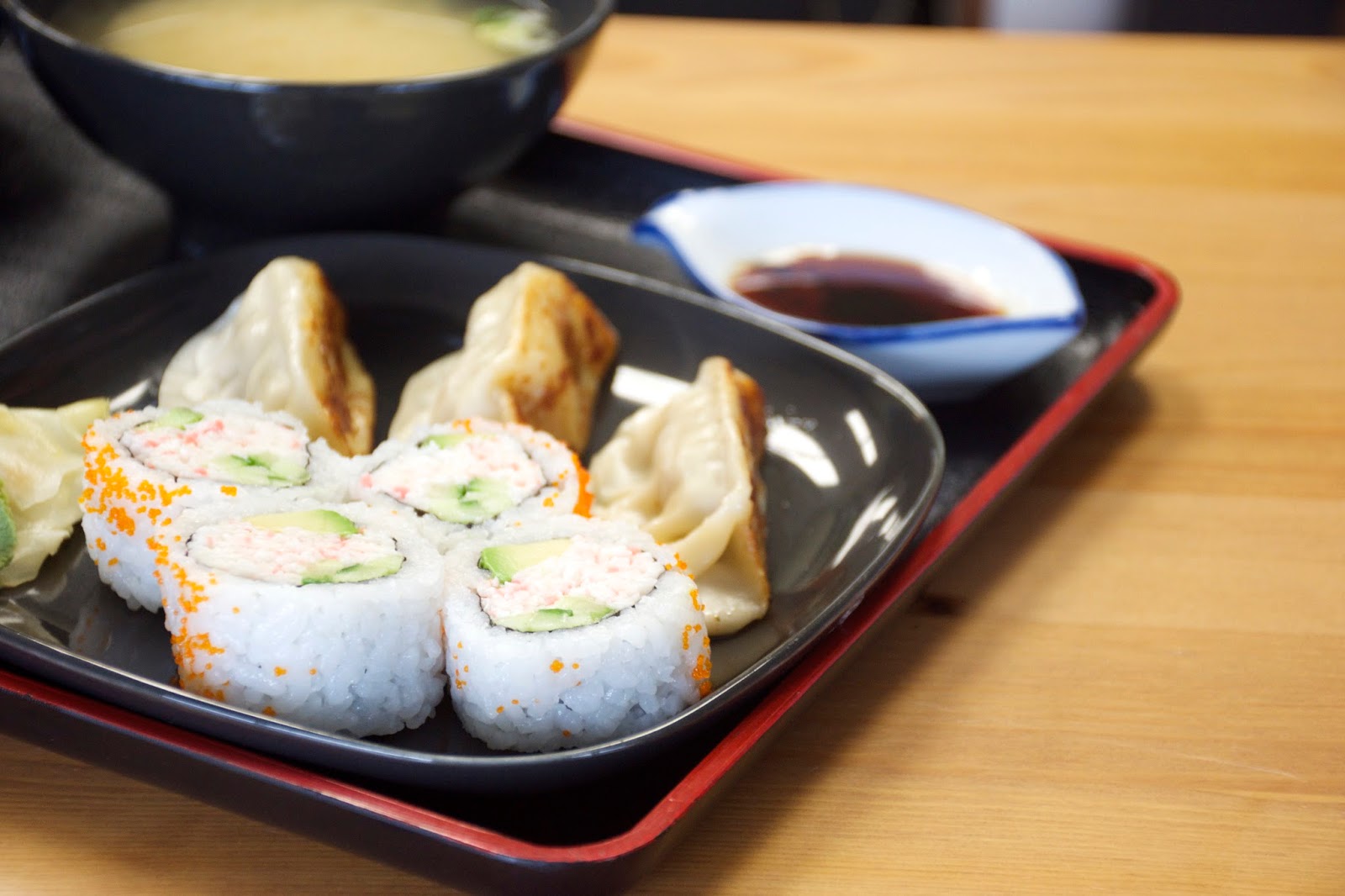 California Roll
4/5 stars
This was a really great california roll! I usually don't like cali rolls in general, but I really liked this one! See how there's barely any rice and alot of filling? The imitation crab meat they use is the higher quality kind, and it wasn't overdressed with mayo!! The seaweed tasted really fresh, and so did the avocado! And it was so neatly wrapped!! Definitely one of the best cali rolls I've had! 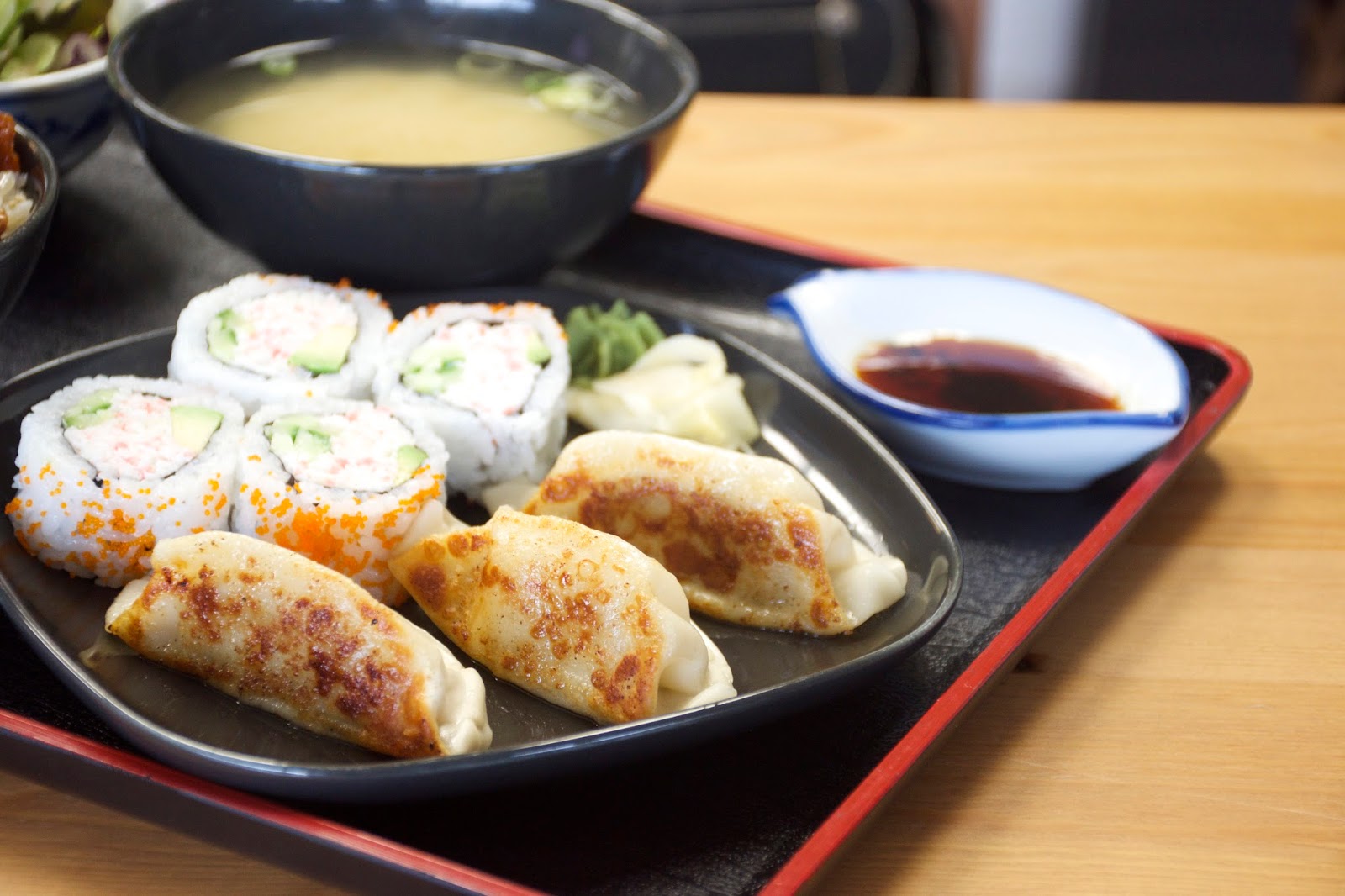 Gyozas
3/5 stars
The gyozas were nicely browned on the outside, the skin was really thin, and it was filled with a modestly seasoned cabbage/pork filling! Pretty standard, but still very enjoyable none the less! It also came with a vinegar based dipping sauce on the side! 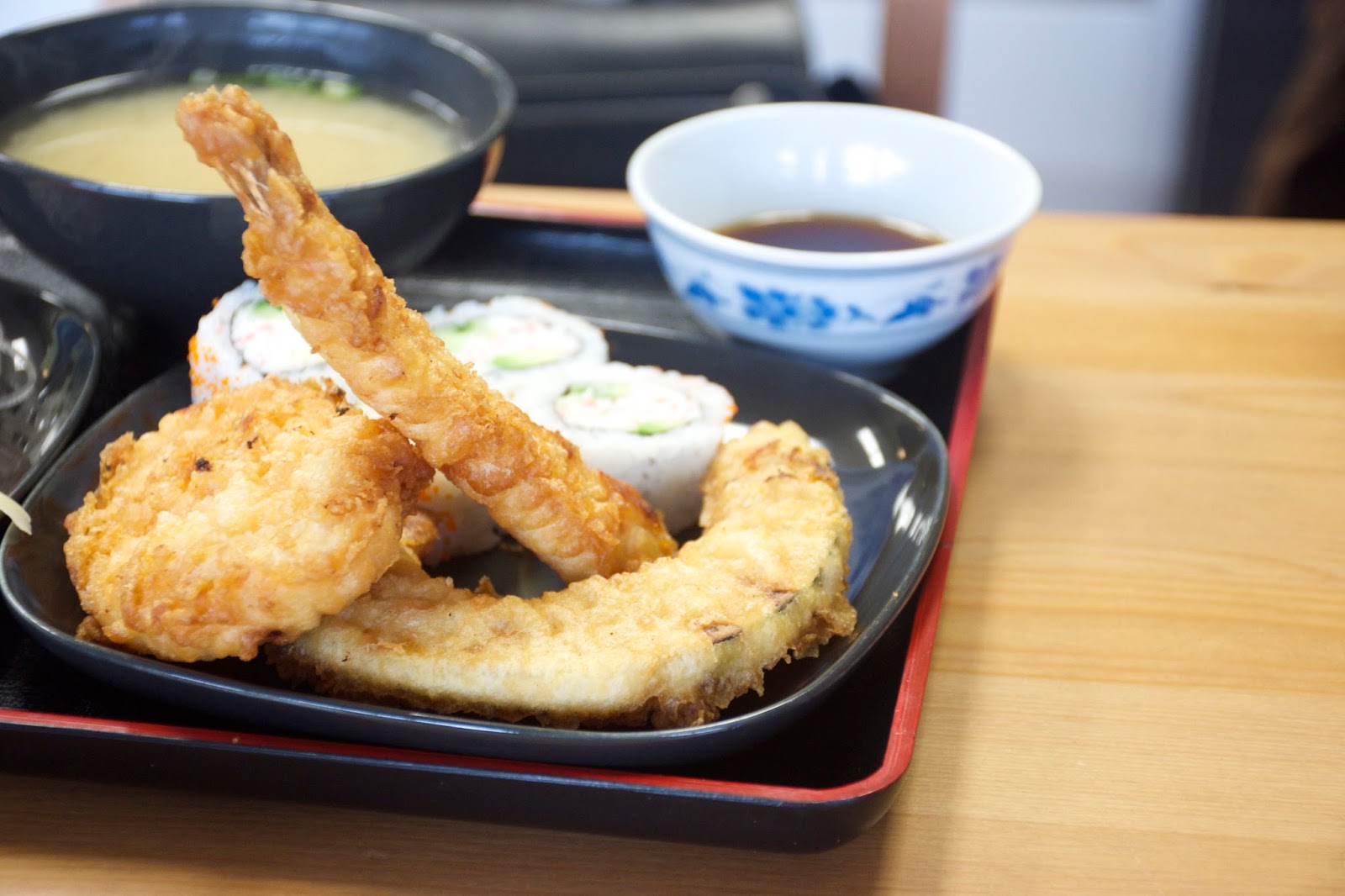 Tempura
2/5 stars
My dad had the tempura! The exterior, while lightly battered, wasn't "airy" enough and it just kind of sat awkwardly on top (you can tell from the picture.)  It's definitely their fryer thats the issue, its similar to something you could make at home! 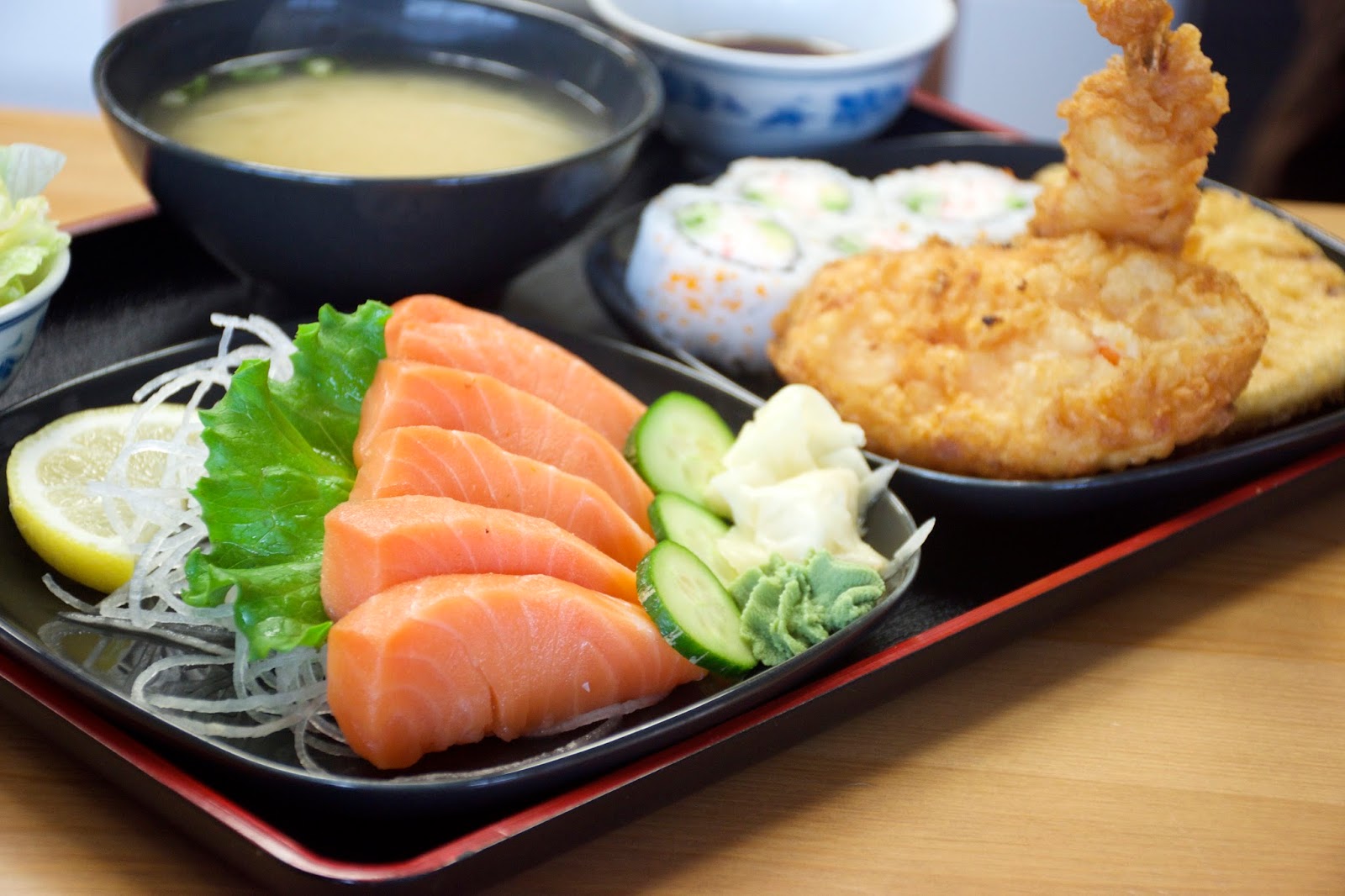 Sashimi Bento $12.25
3/5 stars
Although the knifework on the sashimi was a bit off, nothing else was really amiss. The chunks (although on the smaller size) tasted fresh with a healthy pinkish sheen. 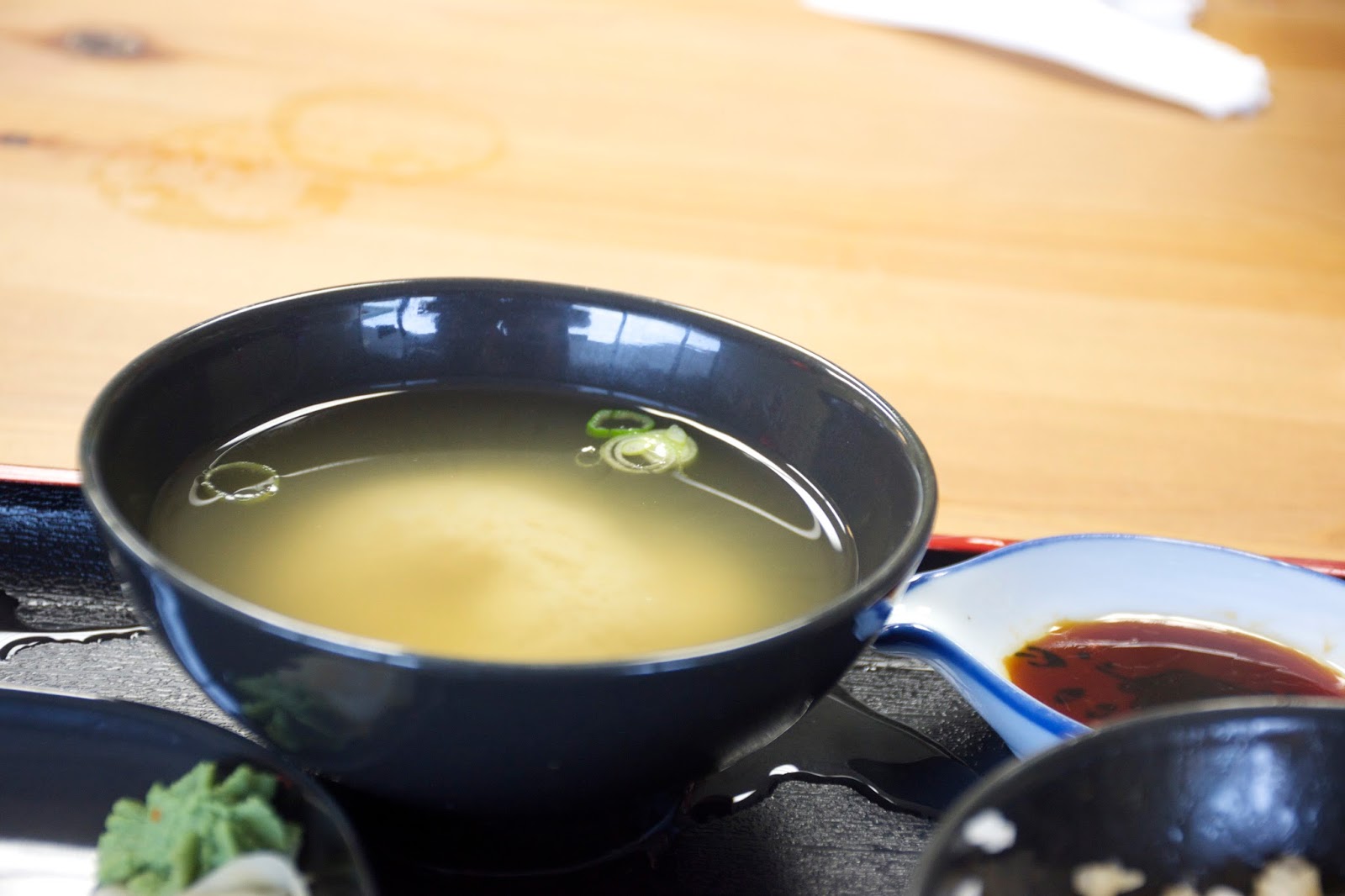 Miso Soup
4/5 stars
I usually find miso soup to be overly salty, but Nori Casual's version wasn't, so I really enjoyed it! There were generous bits of seaweed, tofu, and green onion in it! 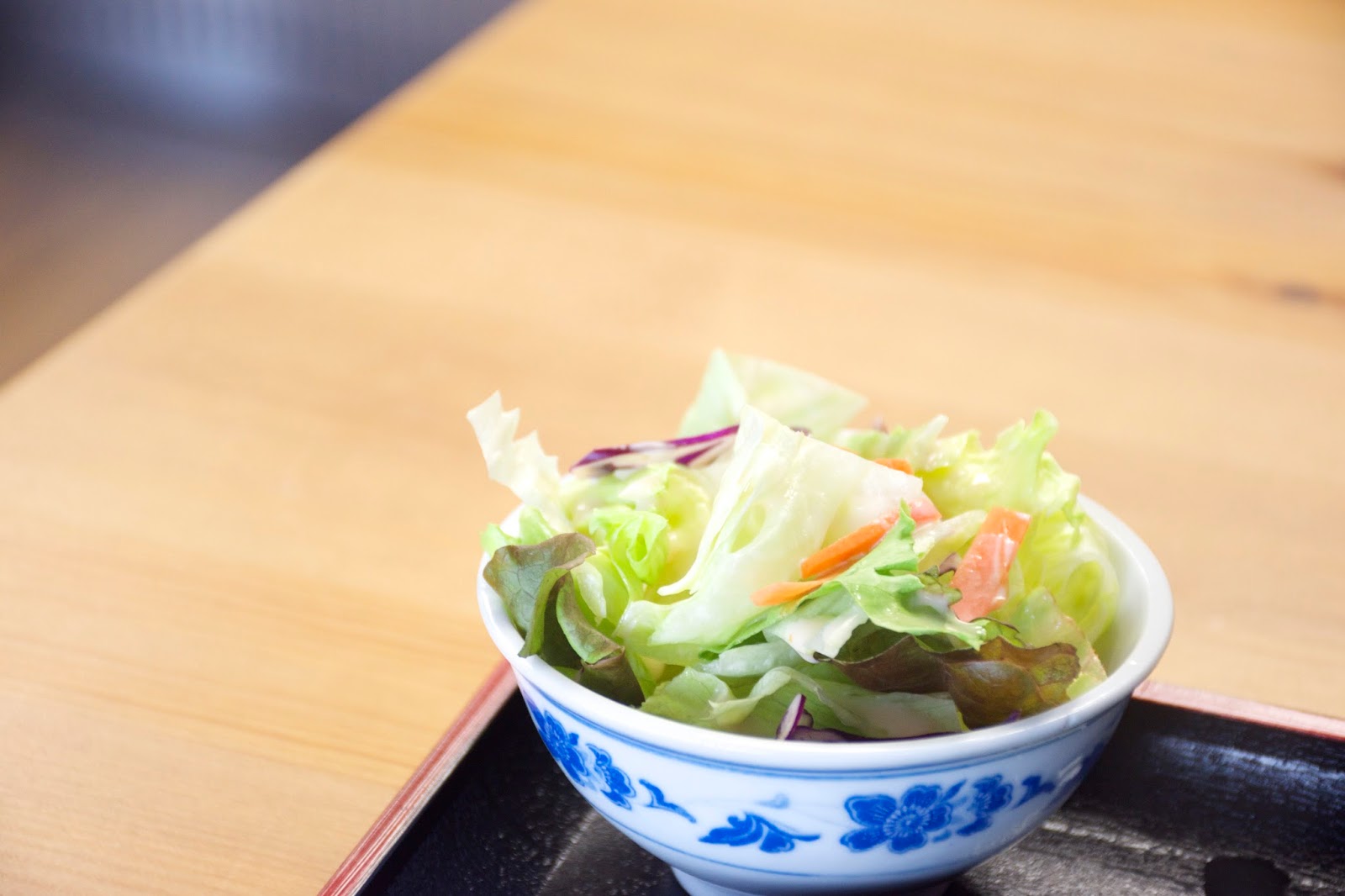 Salad
2/5 stars
They didn't use a ginger soy dressing, rather, they used thousand island dressing haha! Which I didn't really mind, cause I like thousand island!The greens were really fresh and none of the leaves were withered! 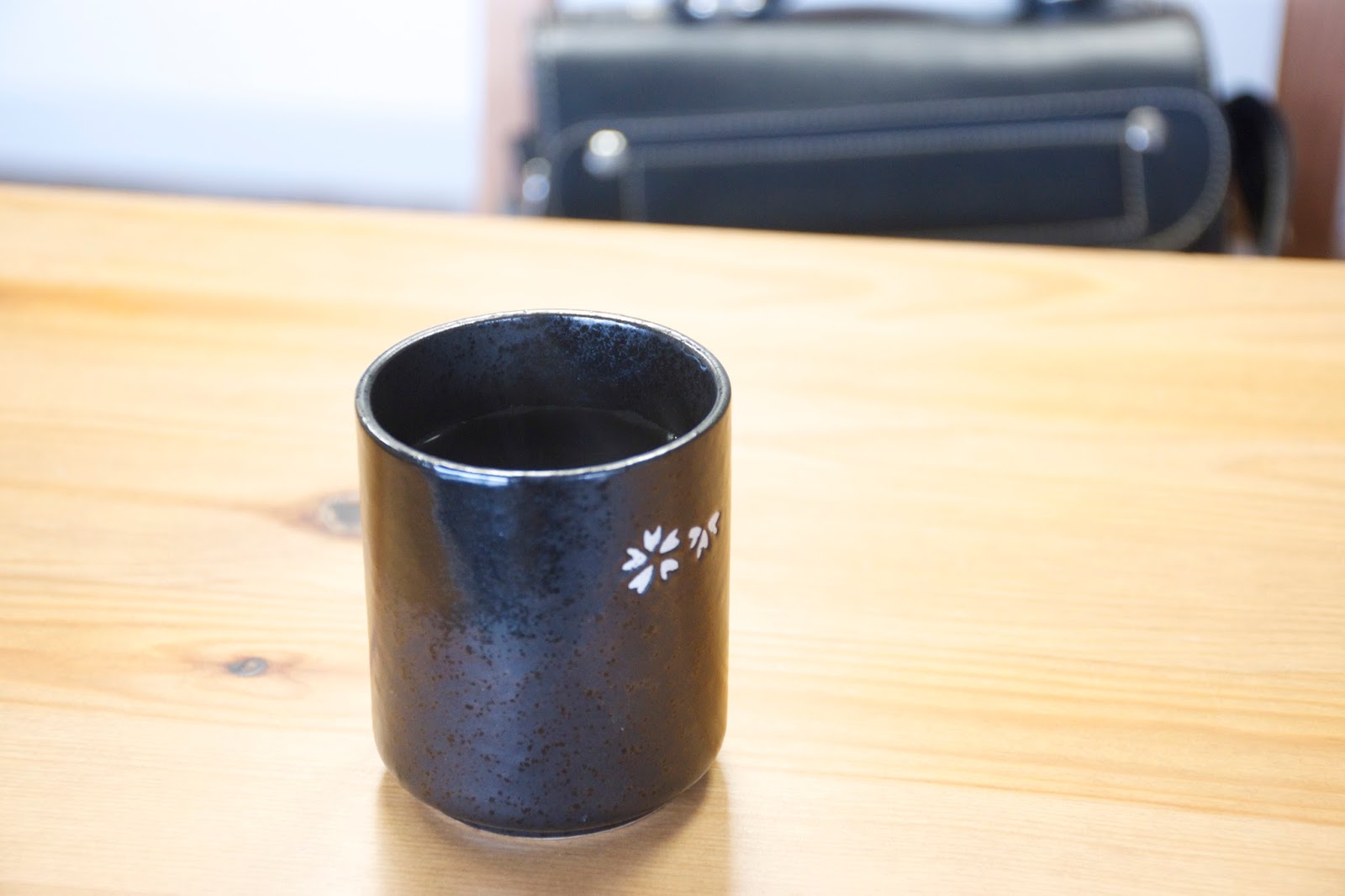 They use mini sized tea cups, so cute!! :D 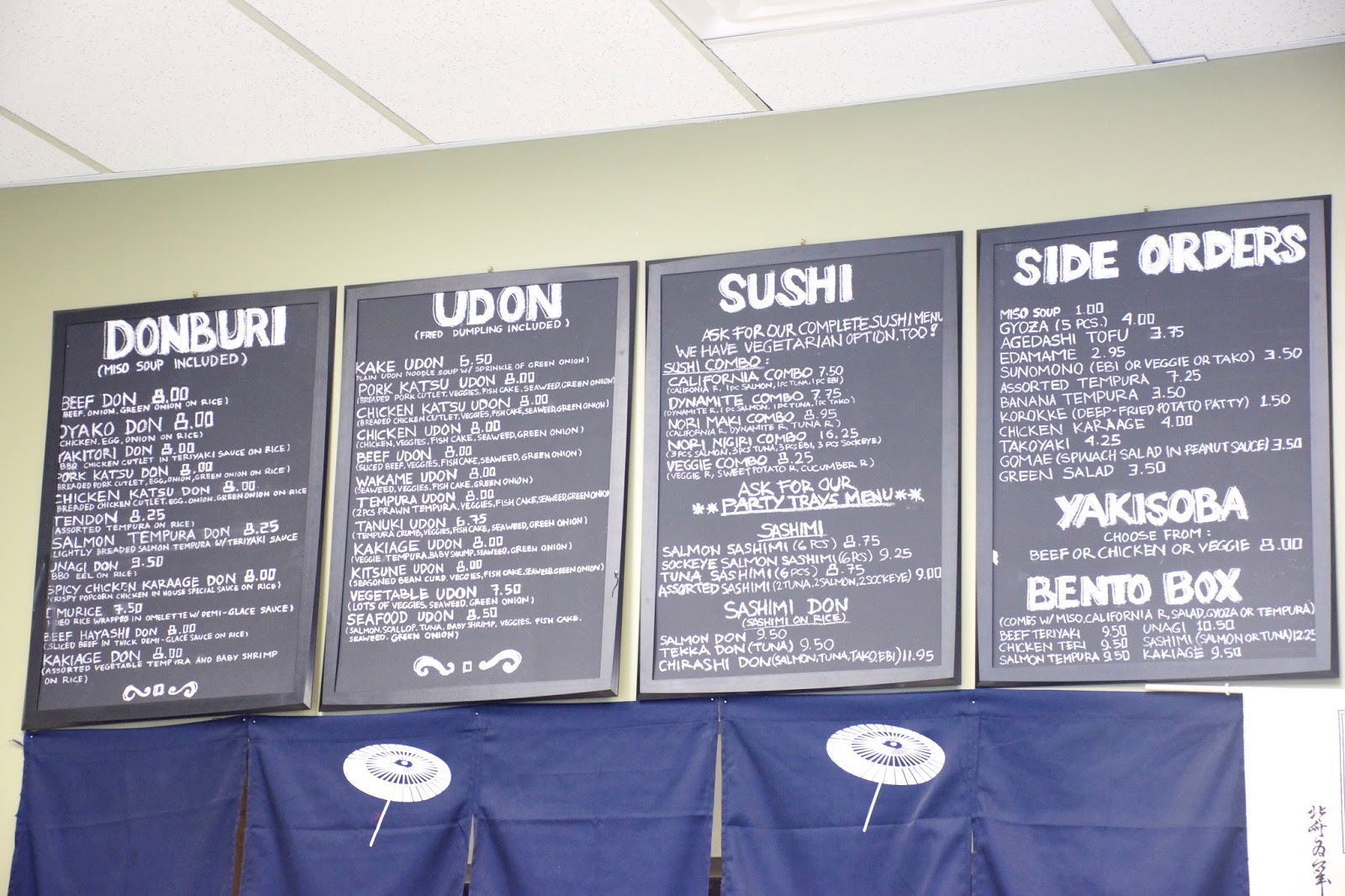 (Click to Enlarge) I love how neatly their menu is laid out! And I love the font tehe. I'm a total font geek ;) 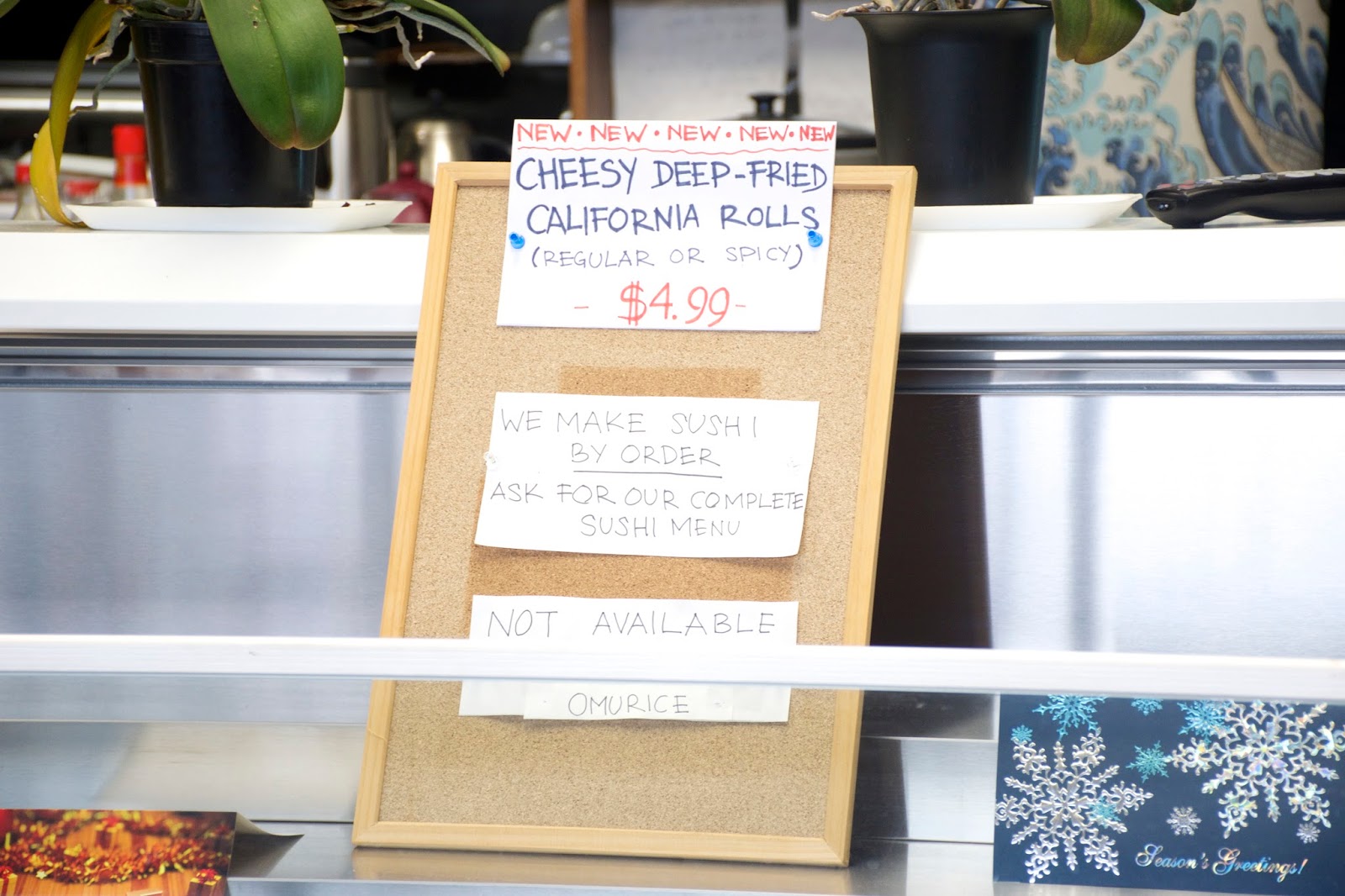 They have cheesey cali rolls too lol! 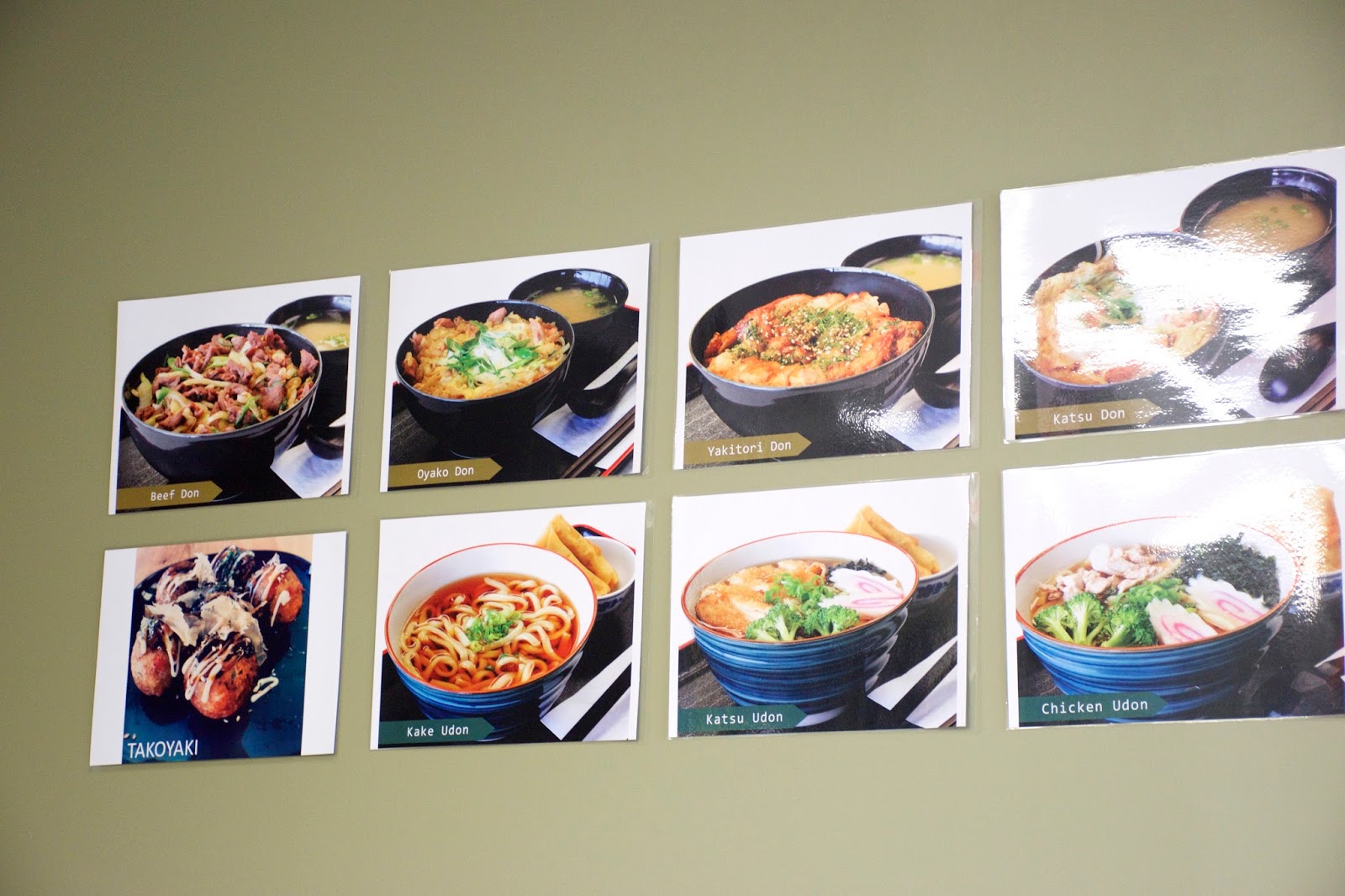 A visual layout of their menu on the wall! 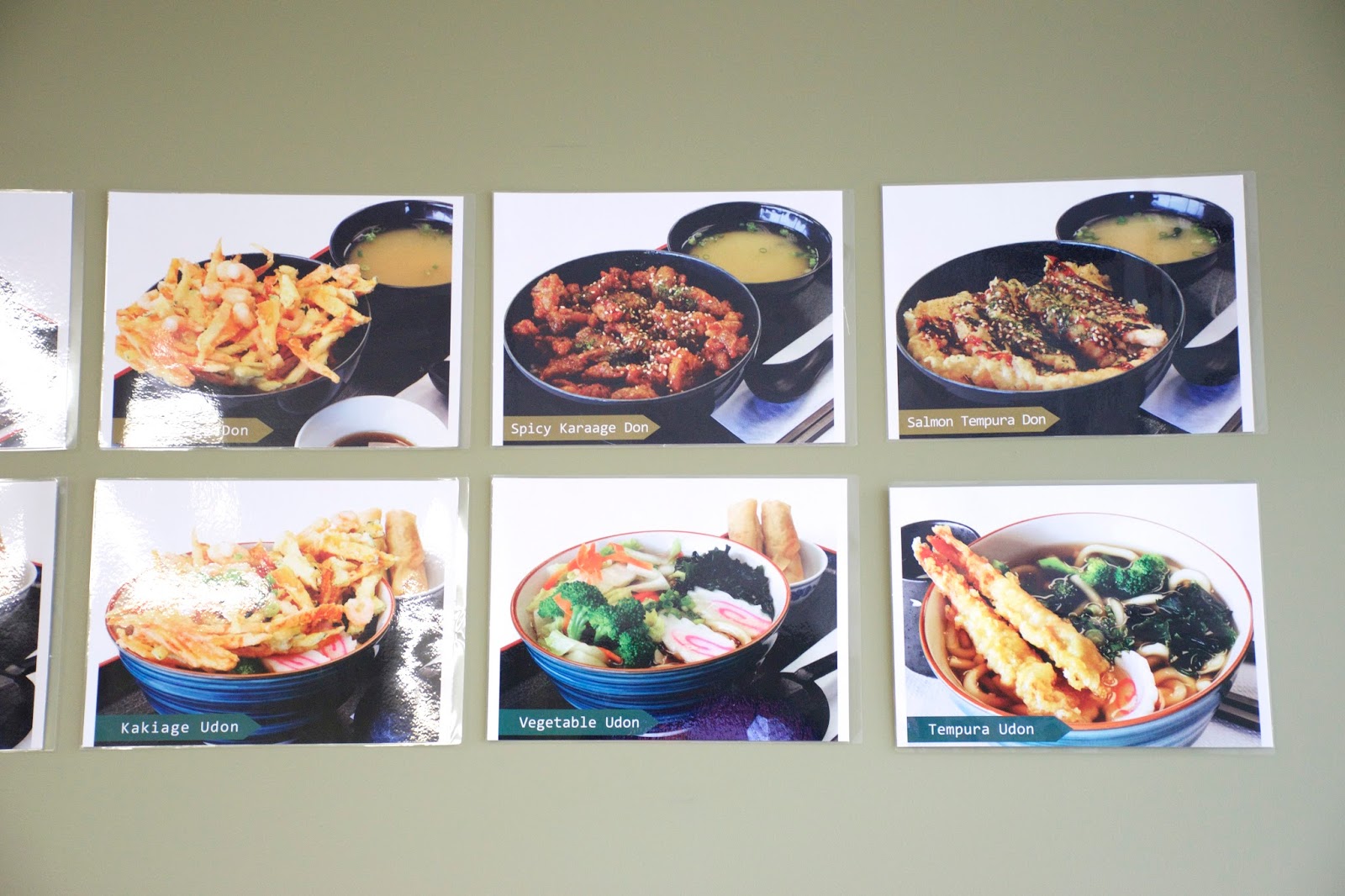 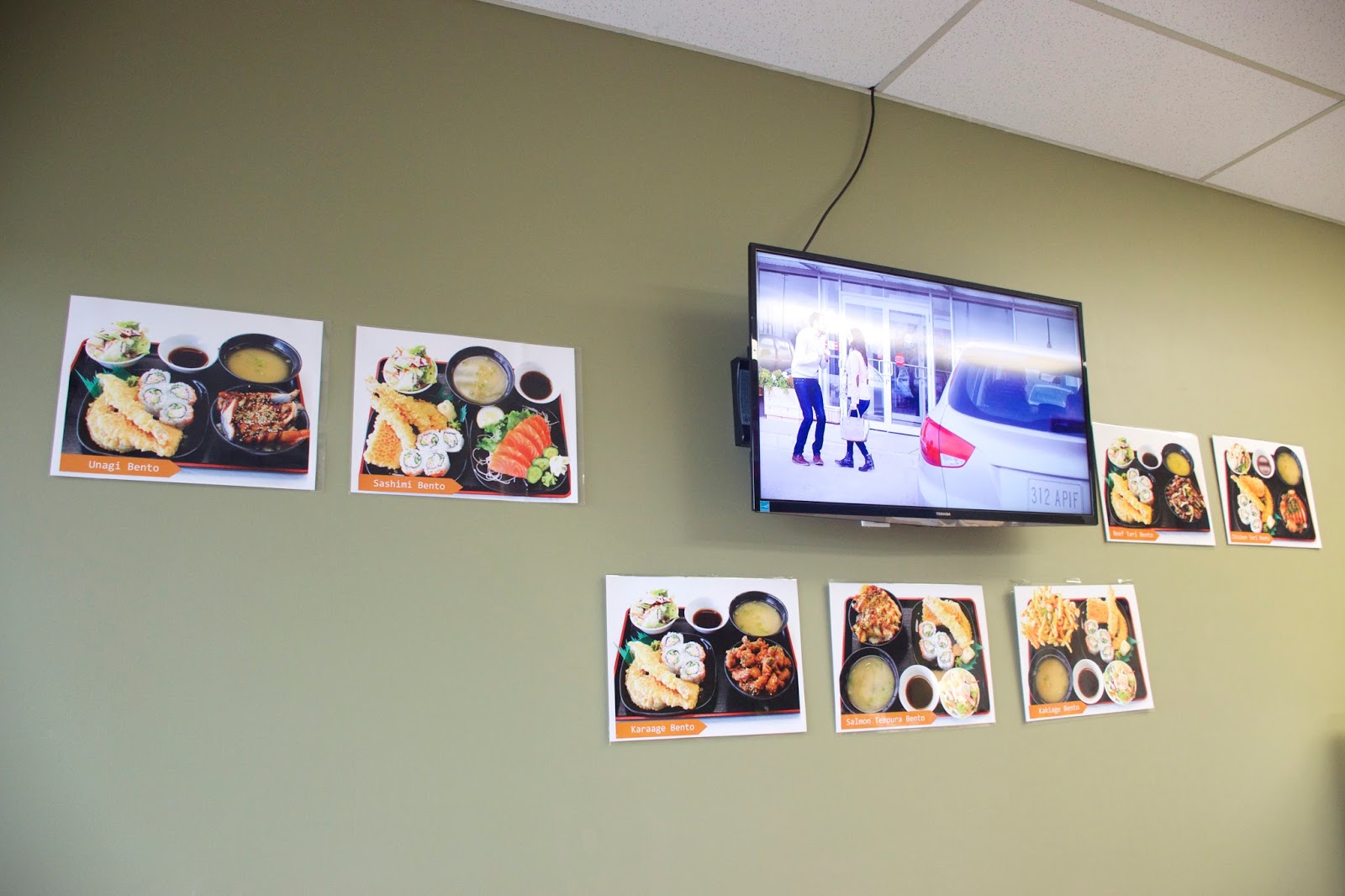 Their bento section! They had the food network on the entire time lol, with Guy Fieri!