Hii guys!! I made it safely to Taipei haha! It's currently 11pm and I'm sitting in a Family Mart (which is like a 7eleven) and leeching off of their free wifi LOL. I'll probably have to come here everyday, let's hope I don't get kicked out! ;)

I've only been here a day, but I'm already having a blast! Taipei seriously feels like home. But I gotta admit, I'm already missing Vancouver LOL! :D There's so much AWESOMEE food here hehe, so be ready for the droolworthy food pics coming your way!!

I thought it would be funny to review airplane food lol. Hey, as long as it's edible, I'm blogging about it! So I'm kickstarting my vacation blogging with a review of China's Airlines food!! Let's just say...the food was...edible. I wonder what they eat in First Class? ;) 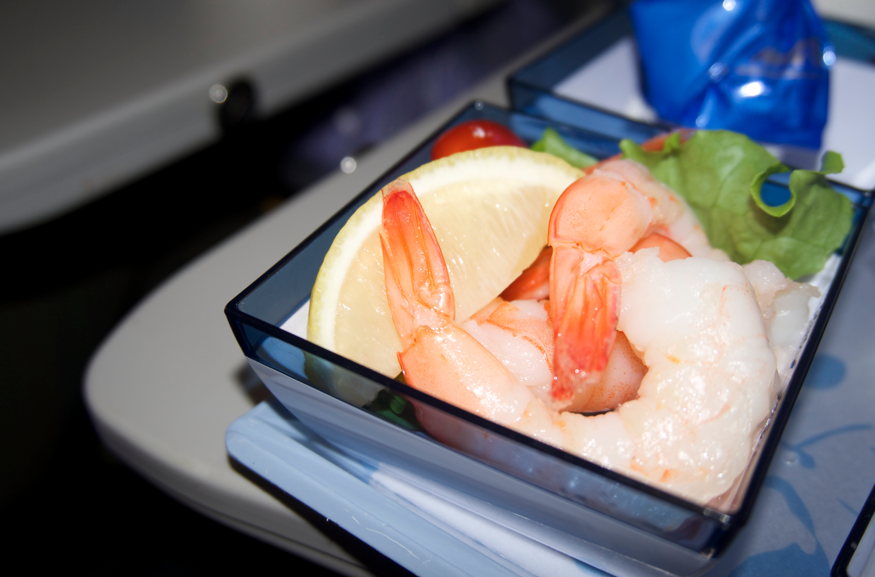 Seafood Meal
3/5 stars
When I was booking my flight, I ordered the speciality seafood meal instead of their regular one hehe! I was pretty surprised with what I got! A huge chunk of salmon, with prawns on the side! The prawns were pretty decent, lightly seasoned with lemon! 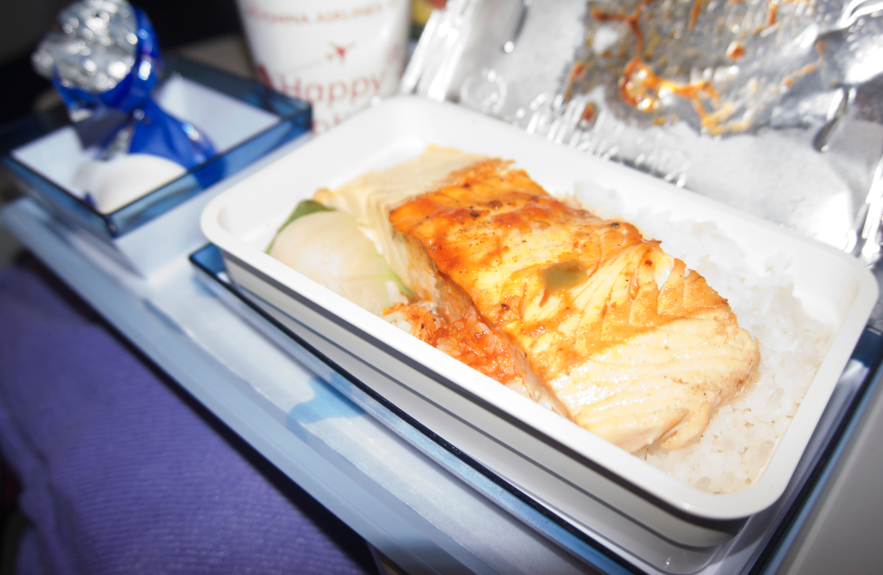 Salmon w/ Rice
3/5 stars
This was super healthy LOL! Lightly steamed to let the natural flavour of the salmon shine through, with a modest coating of sauce on top. The sauce was tomatoey, tangy and slightly spicy! 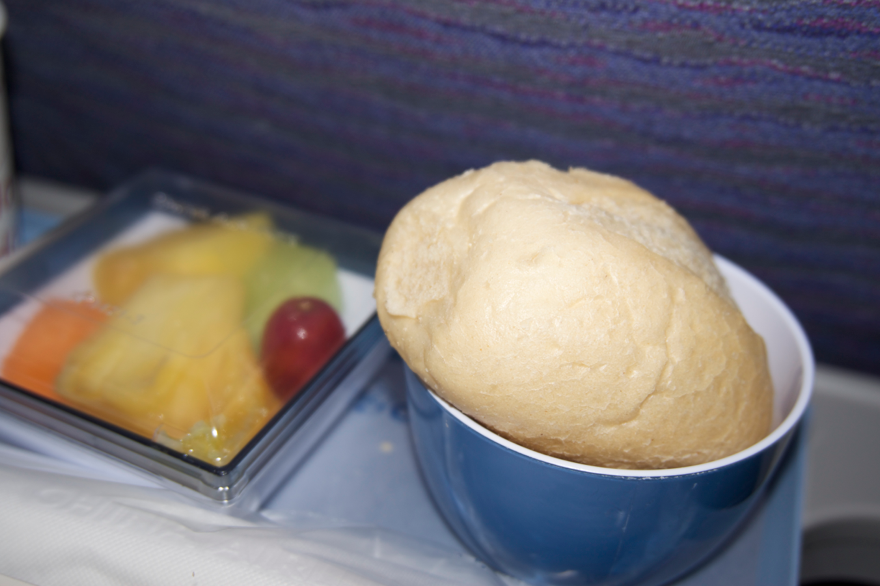 Some bread!! They serve it to you warm! 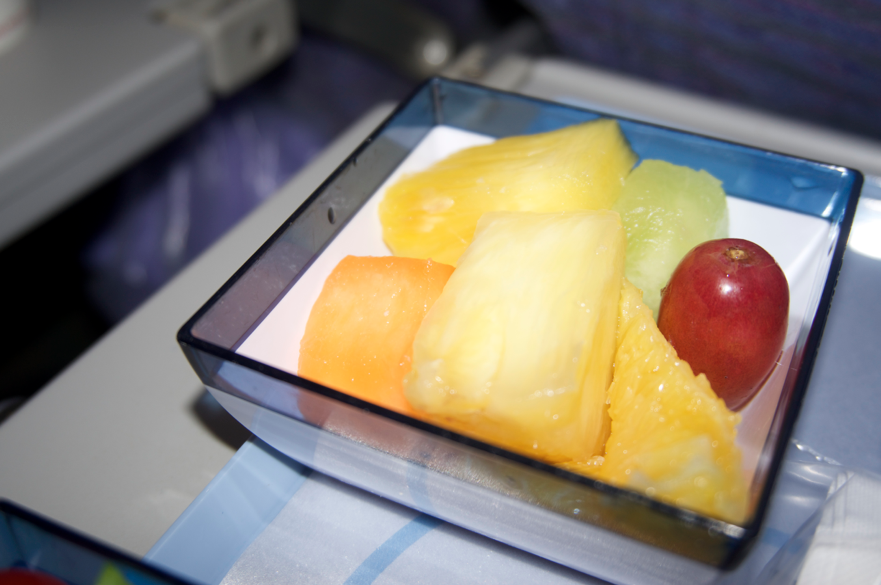 Some fruit in syrup! 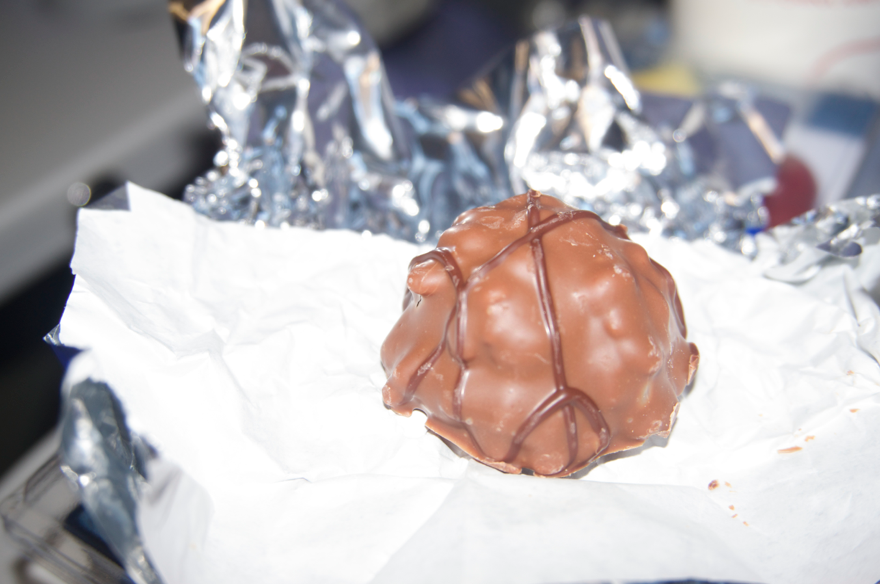 I was impressed that they actually gave us Lindt chocolate LOL! :D 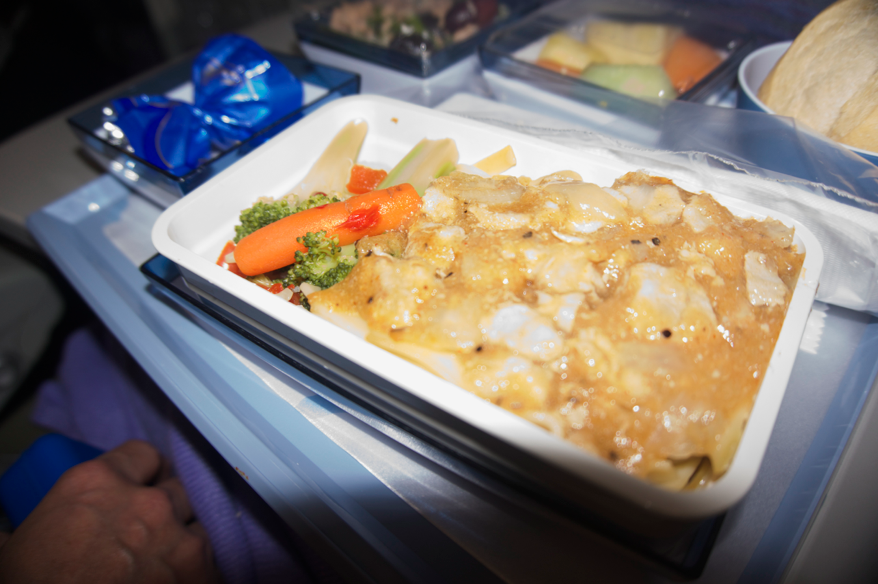 Pork w/ Pasta
1/5 stars
My mom had the pork w/ pasta, and she thought it was pretty bad LOL! Sure, there was a little spice from the pepper, but overall the whole thing was just mushy and gross. 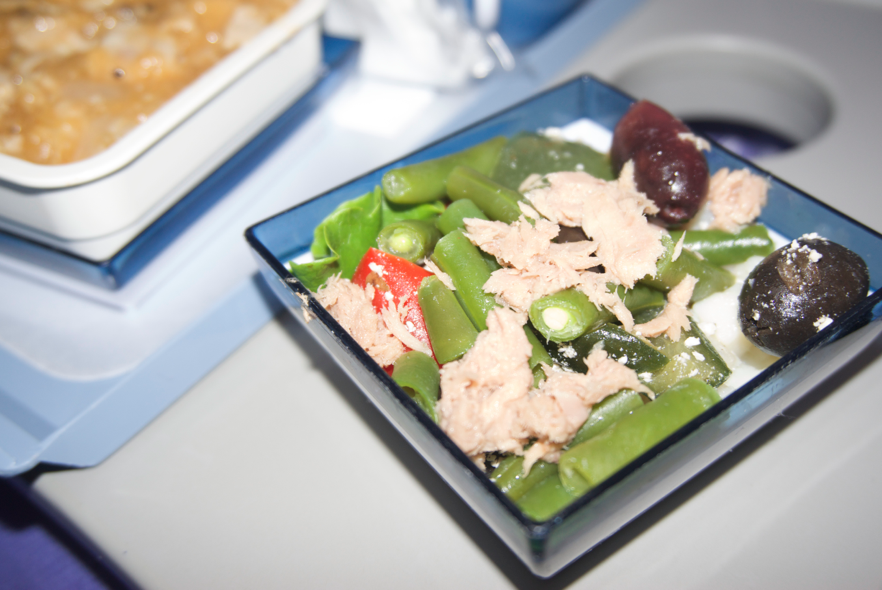 My mom really liked this! It was dressed in a flavourful sauce w/ some cheese! 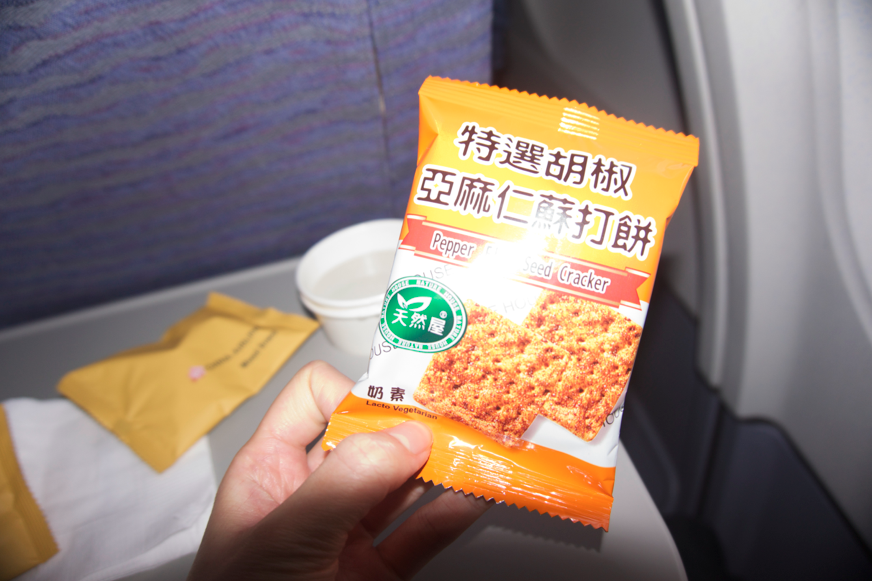 We loaded up on the crackers haha! These ones tasted like cumin!! :D 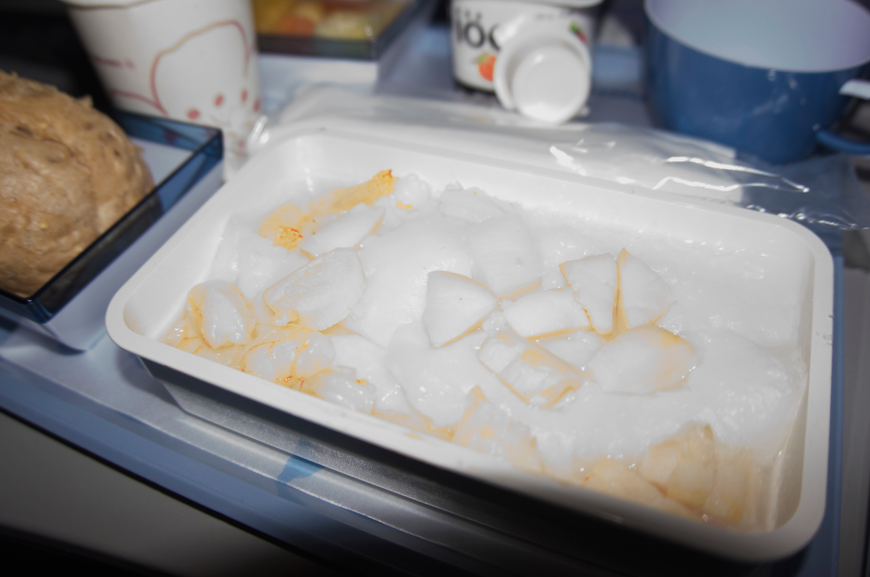 Seafood Congee Breakfast
2/5 stars
Here's what they served me for breakfast! I was impressed that there was actually a ton of scallop pieces in there, and juicy pieces of shrimp! The congee was terrible though, it was mushy, bland, and way too watery! 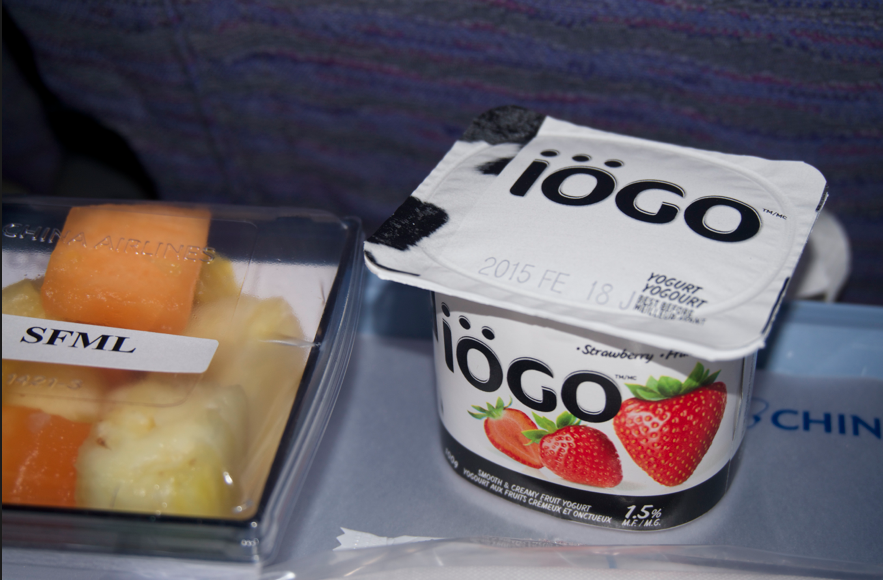 My breakfast also came with a iogo yogurt! 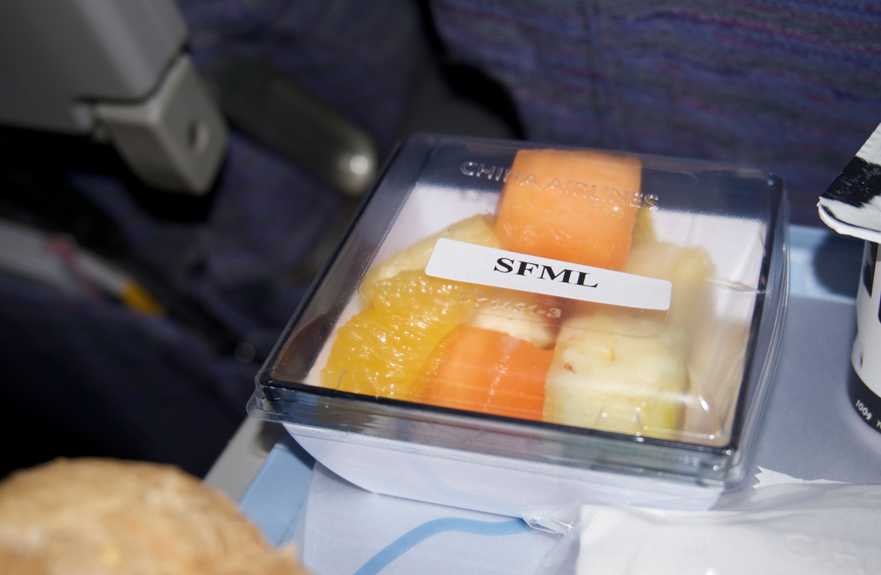 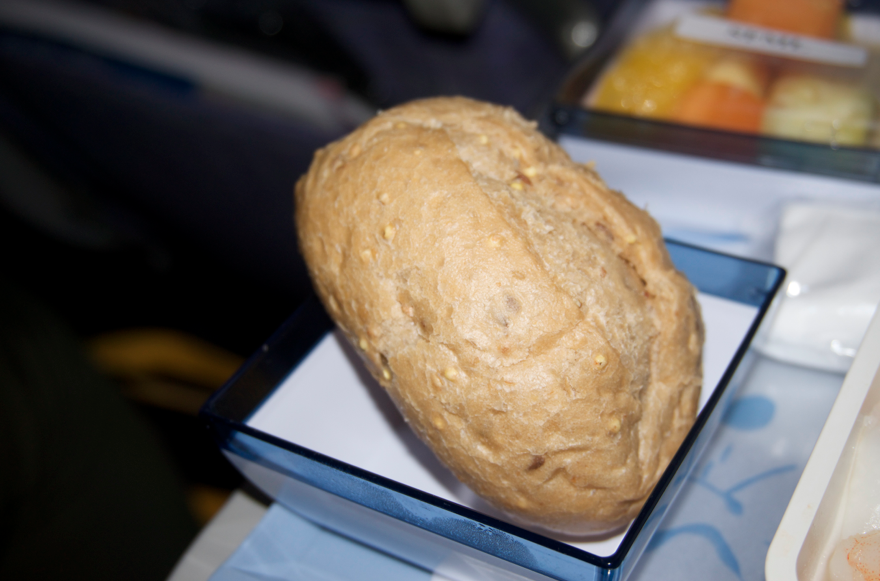 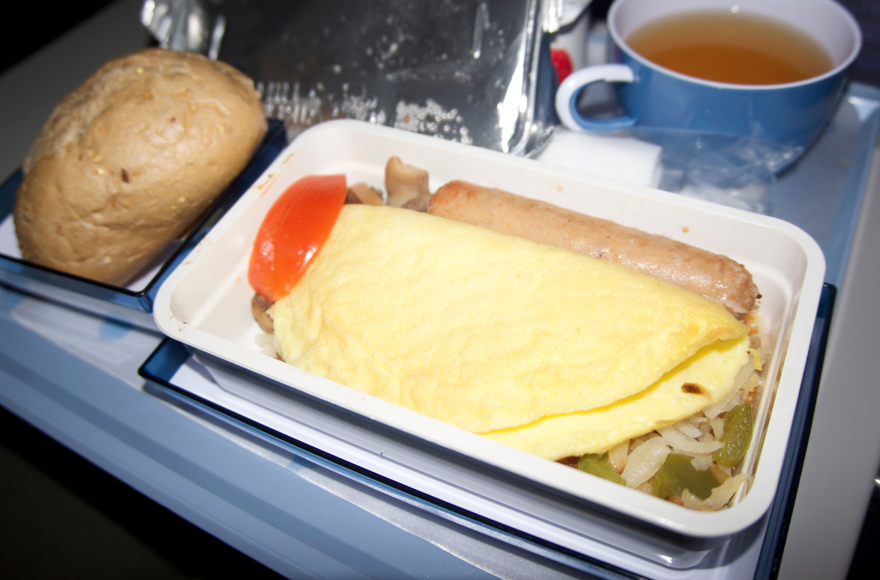 Omelette
1.5/5 stars
My mom had the omelette, and we both agreed that it was bad lol! They use egg powder, so the omelette itself has a weird, powdery texture to it. The sausage on the side was decent though, and there also some steamed mushrooms on the bottom! 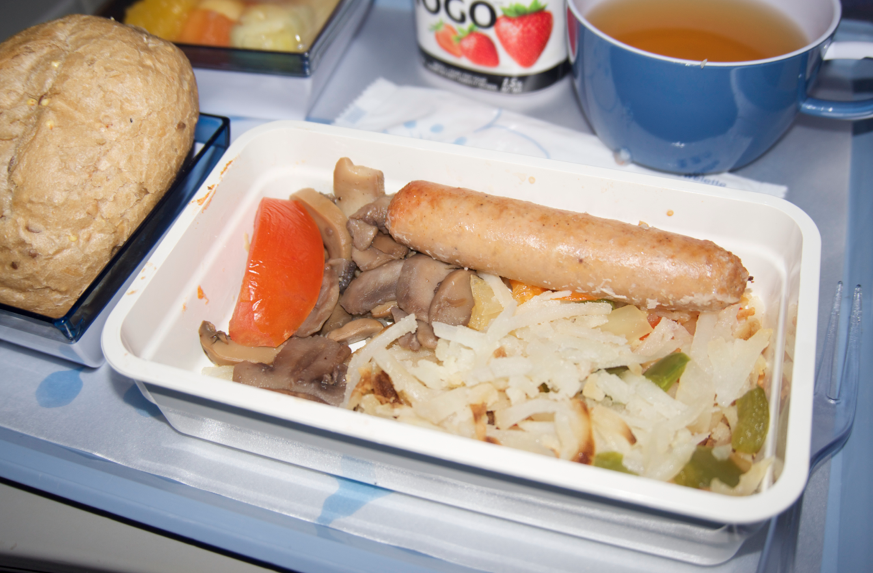 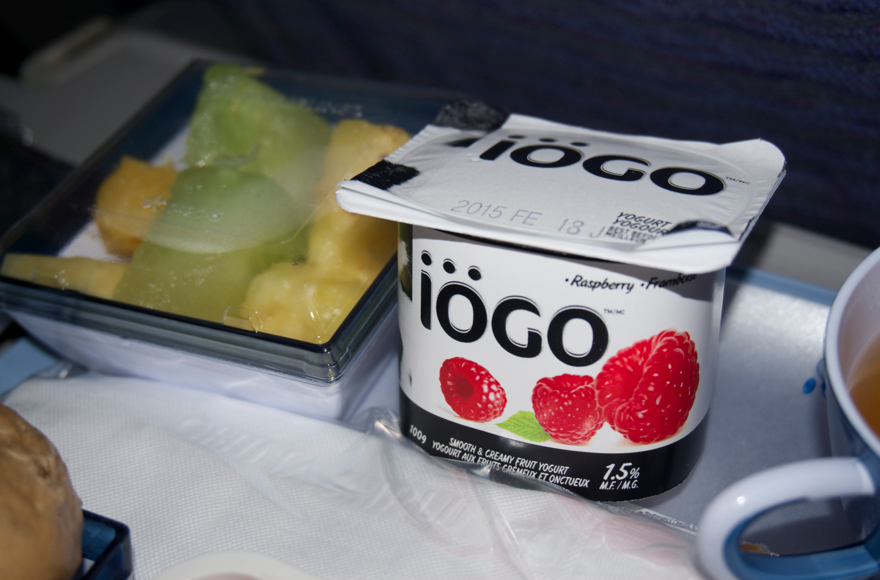 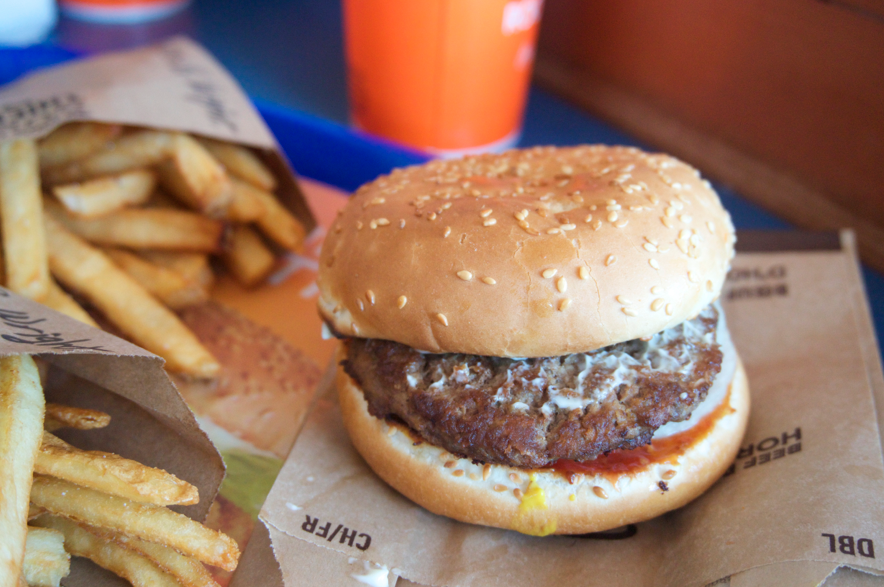 We had some A&W for lunch while we waiting for our flight!! :D Gotta put those coupons to use LOL! 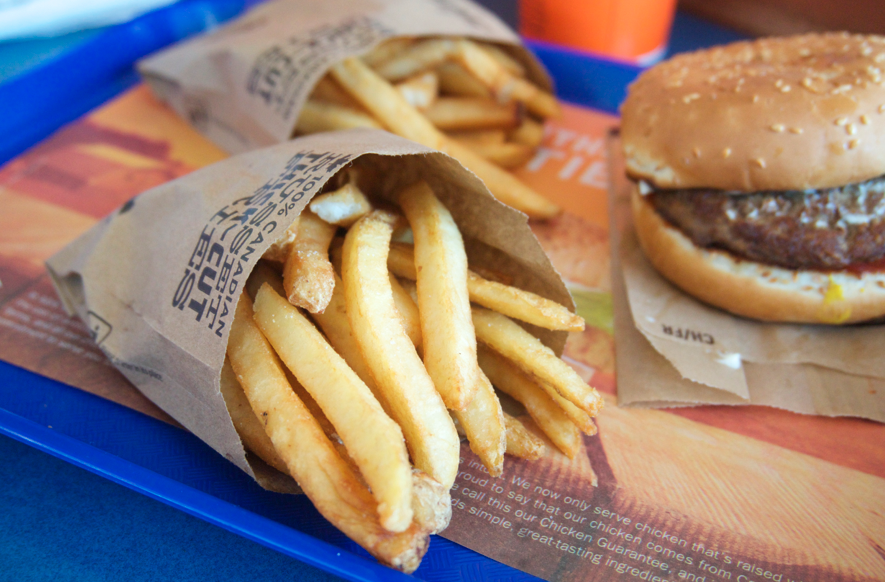 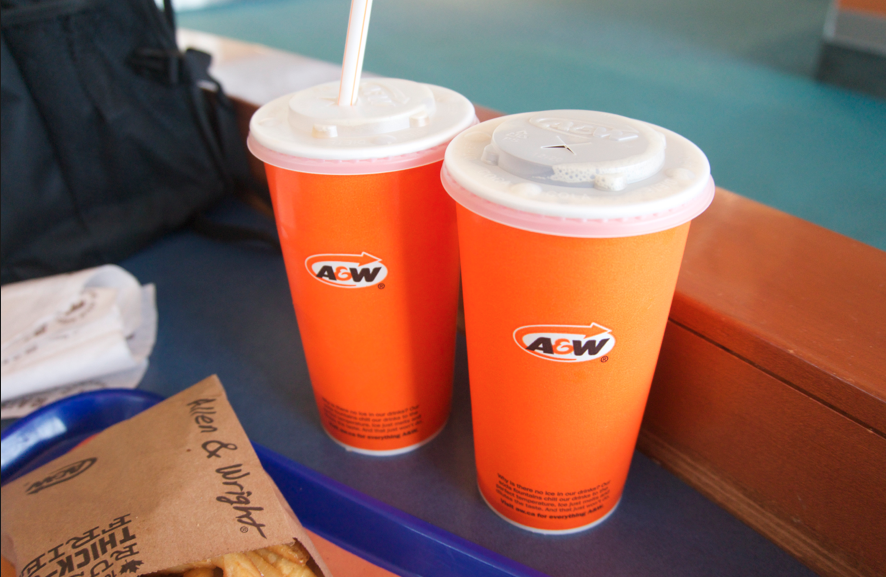