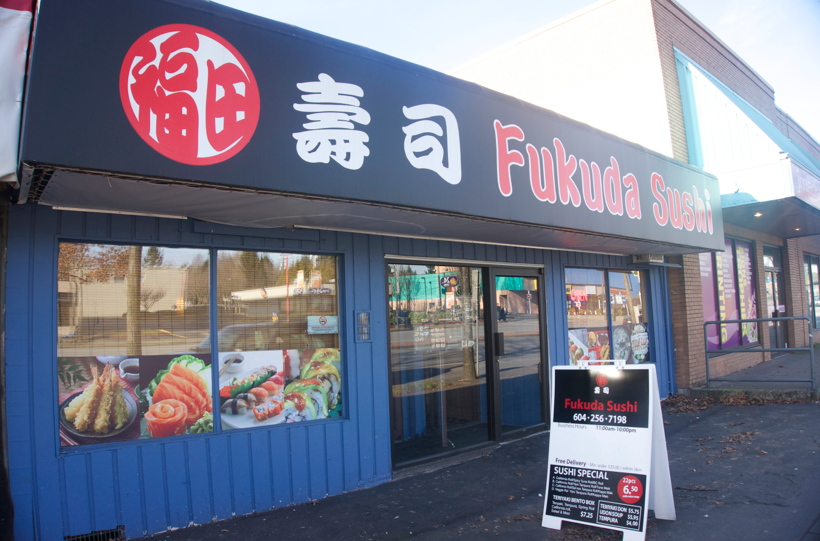 Sushi has now become our default meal of choice for my dad and I when we can't have dim sum at South Ocean! Yes, if it were up to him, we would probably eat lunch and dinner there everyday. Actually, I just went there today LOL. We go there so often now the manager has started giving us an extra 10% discount!

Since it was New Years Day, most places were closed, but fukuda was miraculously open! I thought this place was Korean run, but it's actually Chinese run because I overheard the sushi chefs speaking Mandarin! Which didn't really matter haha, cause at the day, it all comes down to the food! :D

Fukuda is superr affordable, probably one of the cheapest sushi places I've come across in a while! Nigiri starts at 99 cents, the doburis are all around $5-6, and the rolls range from $2-5! Their sushi combos and bento boxes are also a really great deal! Especially the 22 pieces of sushi for $6.50! :D 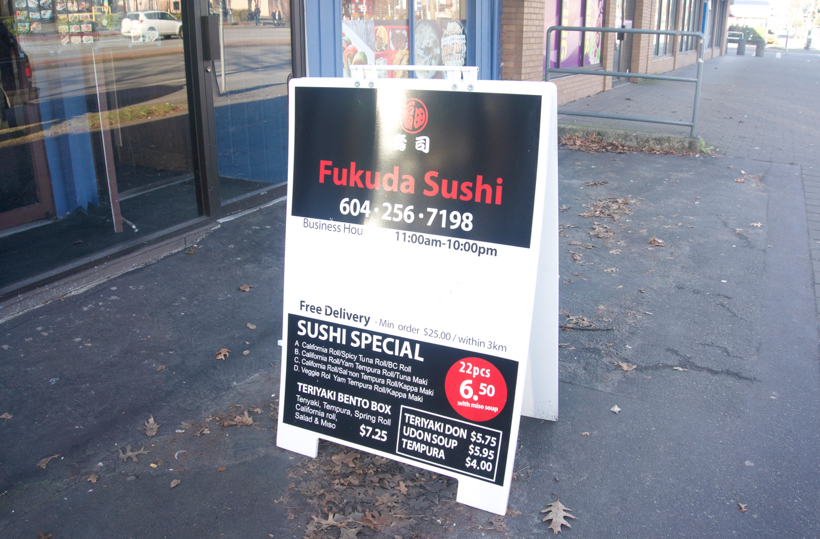 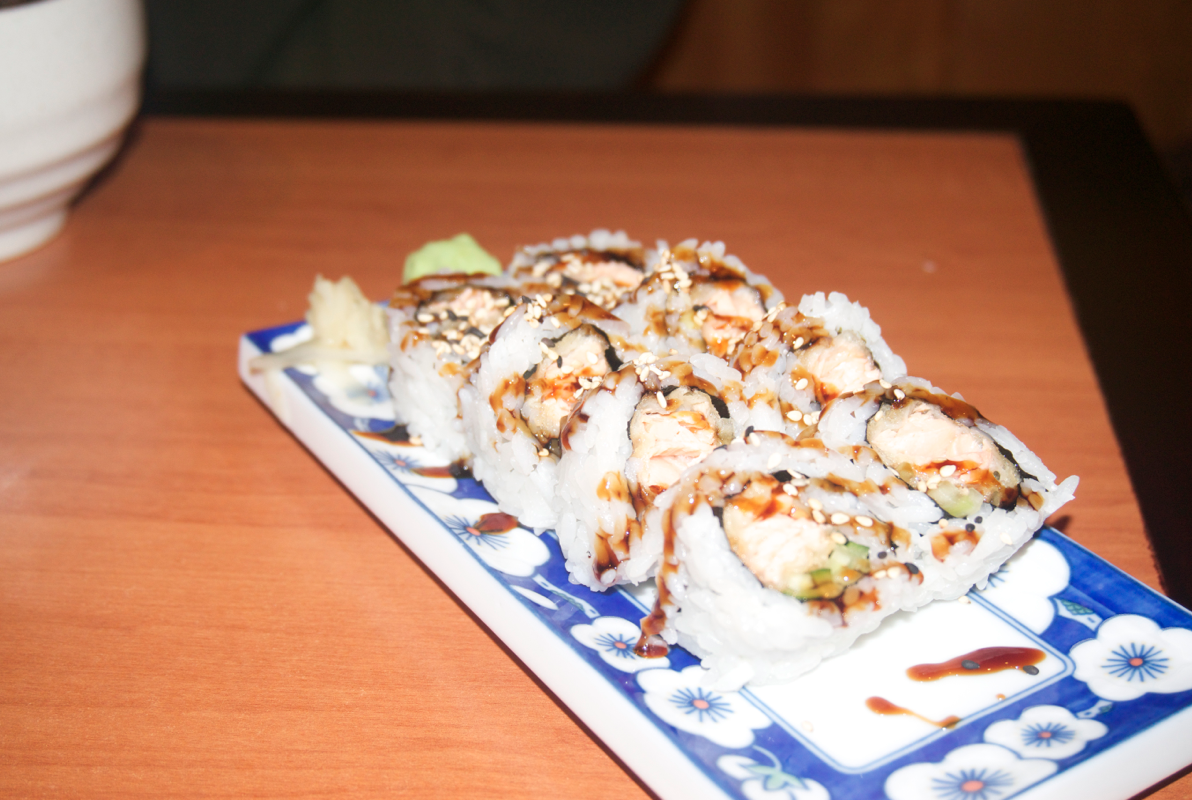 BBQ Salmon Roll
3/5 stars
This was quite good! I wasn't expecting them to give us a full roll since it came in a combo, but they did! I was impressed with the salmon to cucumber ratio, there was barely any cucumber! There wasn't alot of rice either, which is great, because alot of places usually use rice as a filler! The rice as seasoned with vinegar to give it that distinct sour taste. The salmon itself was moist, and slightly bbqued at the sides. I liked how they didn't add too much sauce so the teriyaki flavour wasn't too overwelming! 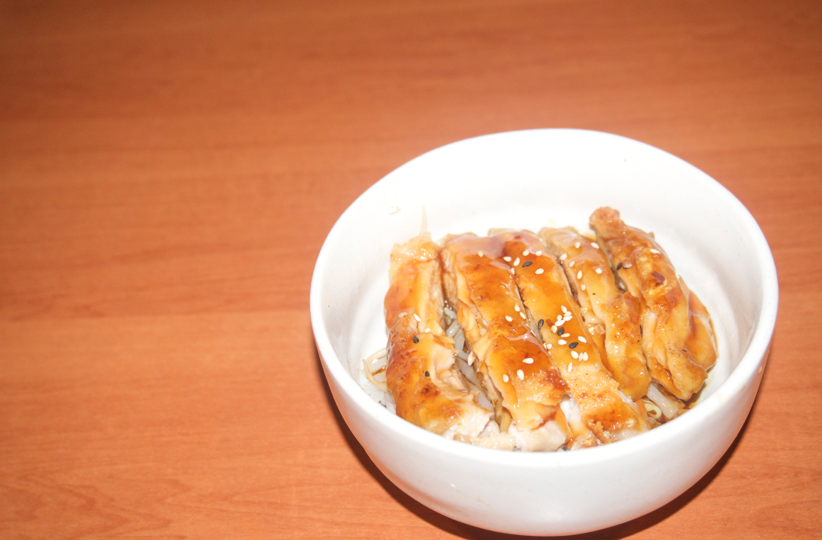 Chicken Teriyaki
3/5 stars
Chicken and beef teriyaki is usually a must-order for my dad lol. It's not because he's particularly fond of either dish, it's because he feels like he's getting his money's worth if he orders a meat dish LOL!
This version was pretty decent, the chicken was moist, and the skin was crispy and slightly charred. The rice wasn't too soggy or mushy, and since the sauce drained down to the bottom which made the rice really flavourful! 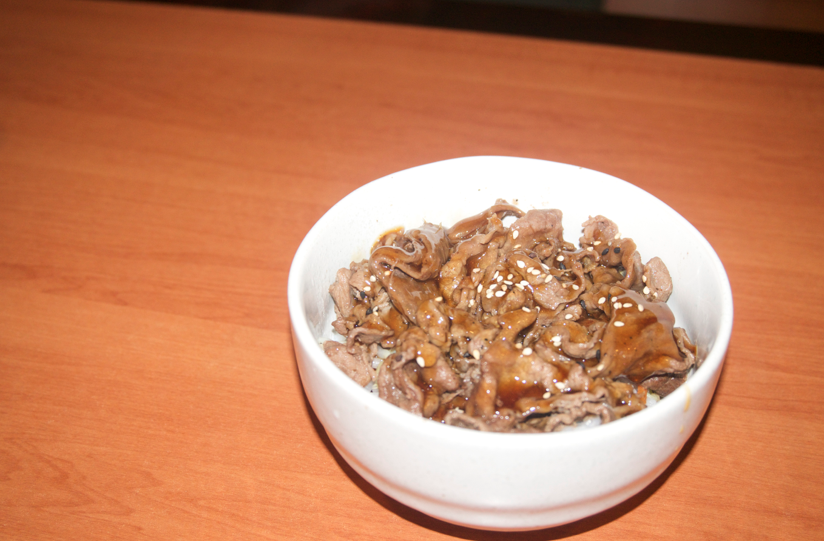 Beef Teriyaki
3/5 stars
Like the chicken, this version was pretty decent! The portion size was large and the beef pieces were sufficiently tender and a bit juicy. It wasn't drained in copious amounts of sauce either, which is always  plus! 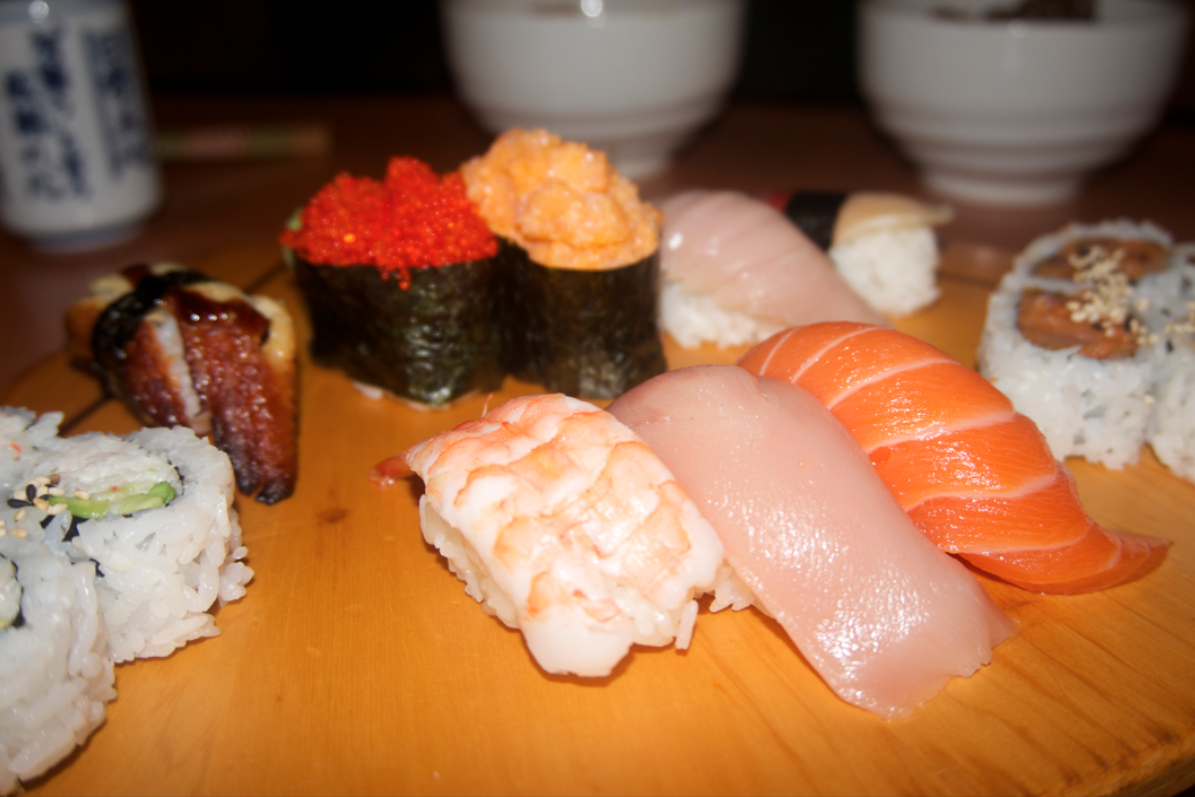 Tuna: 2/5 stars
Salmon: 3/5 stars
Ebi: 1.5/5 stars
Both the tuna and salmon were pretty standard, and tasted rather fresh! The ebi on the other hand was a bit bland for my liking, and didn't have that nice sweetness, and was rather rubbery in texture. 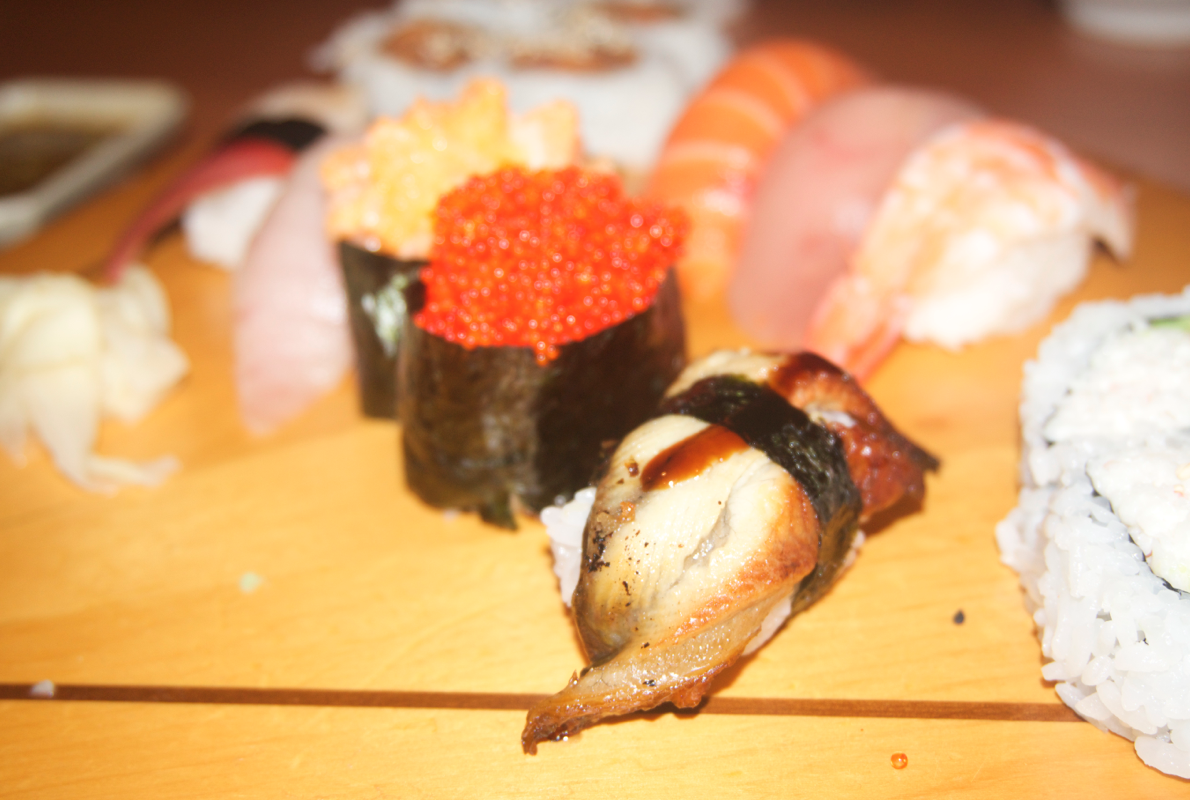 Assorted Nigiri Combo $12.50
Unagi: 3/5 stars
Ikura: 3/5 stars
The unagi was alot better than I was expecting! The unagi was tender and tasted really smokey, and flavourful! The ikura bits were standard, pop in your mouth bits that I always enjoy eating! 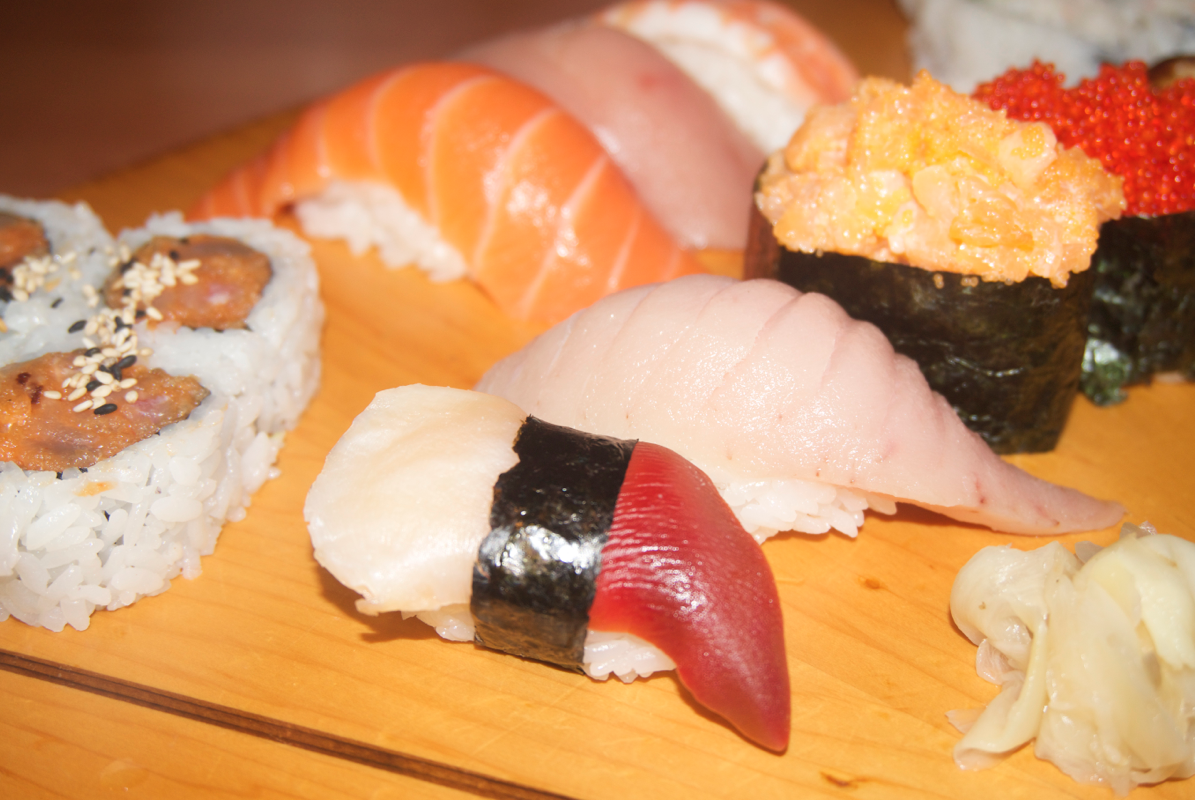 Toro: 2/5 stars
Hokkigai: 2/5 stars
Chopped Scallop: 2/5 stars
The toro was decent, not quite melt in your mouth tender but it was passable. The hokkigai was packaged surf clam, nothing too exciting. The rice was neatly packed though and well flavoured! The chopped scallop was pretty good, it wasn't overdressed with mayo, and there was a decent amount of scallops! 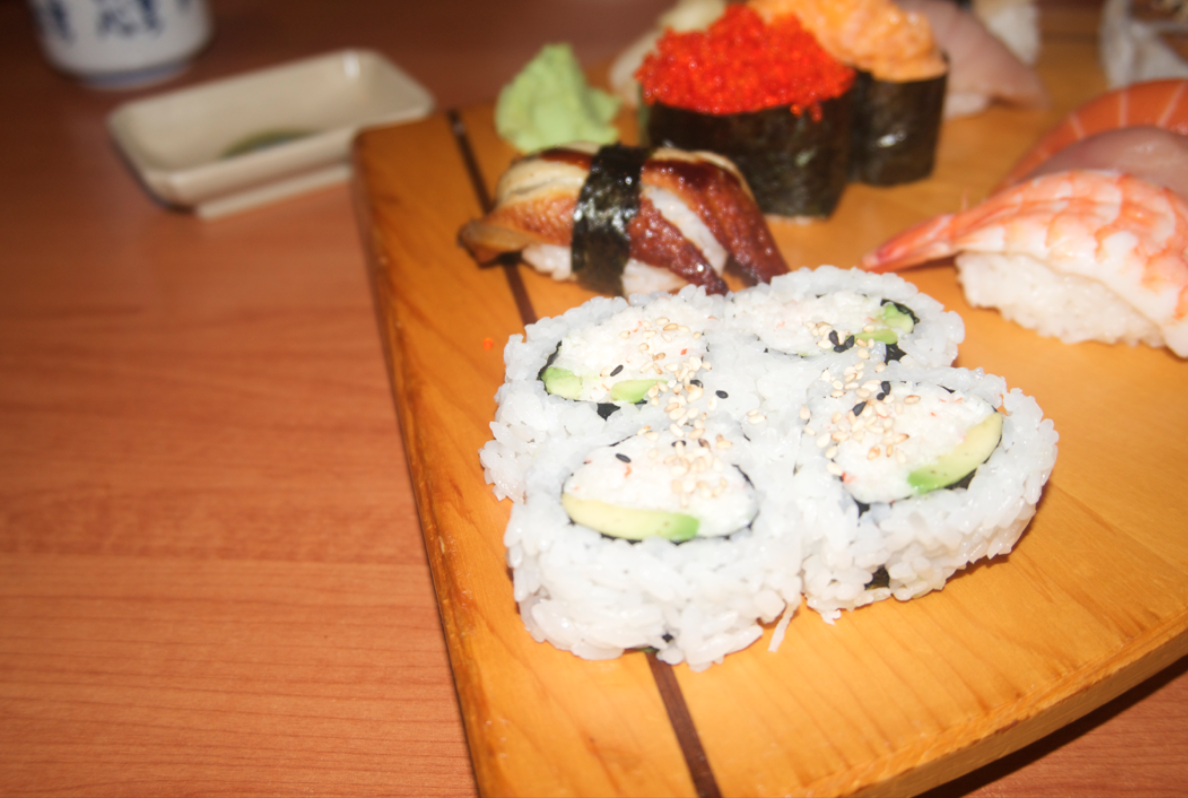 California Roll
3/5 stars
This was quite good! The imitation crab meat wasn't too mushy or overly dressed with mayo. The avocado bits were nice and fresh, and there was more filling than rice! 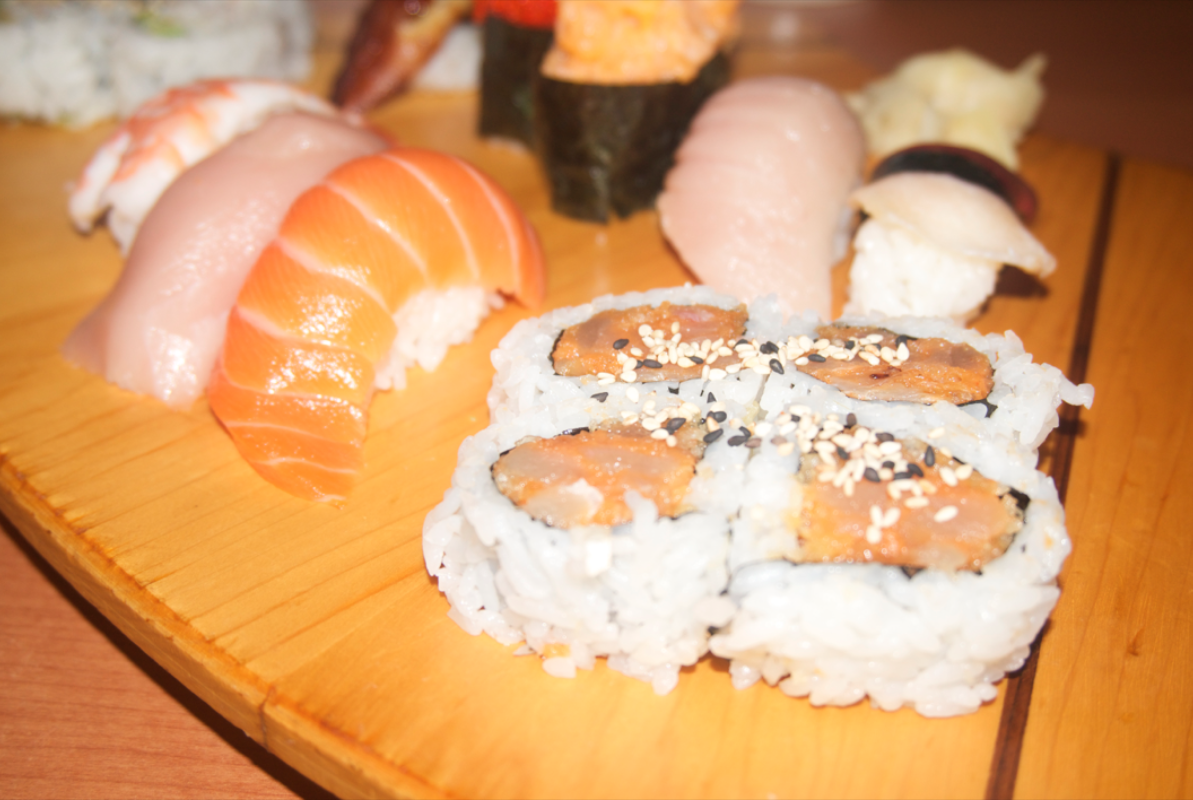 Spicy Salmon Roll
3/5 stars
This was tasty as well, it wasn't overly spicy and more on the salty side! Note how little rice there is compared to the filling! :D 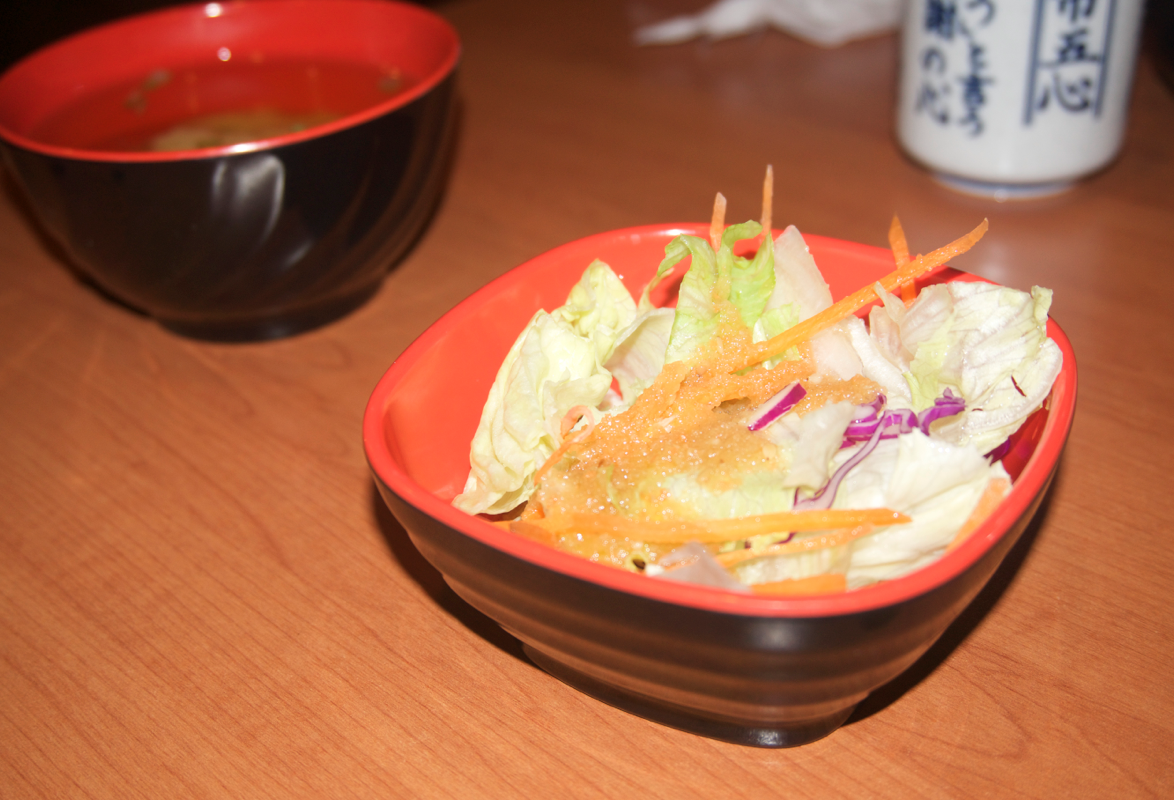 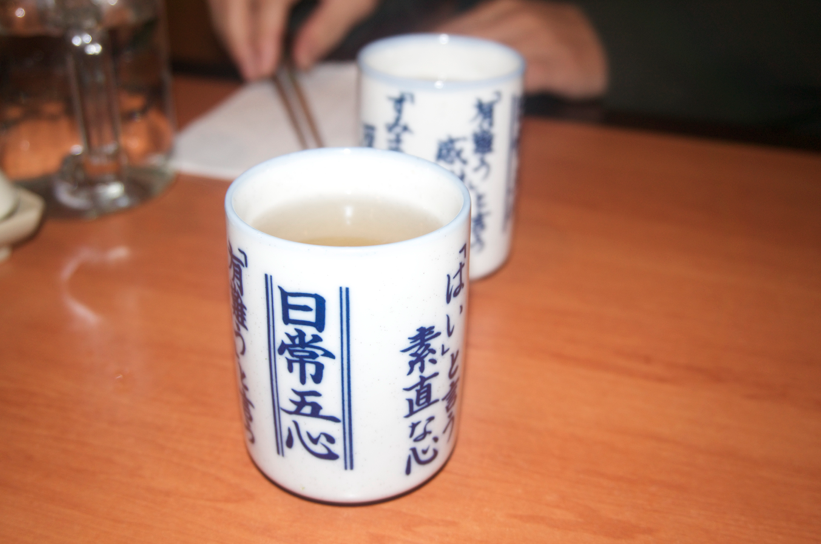 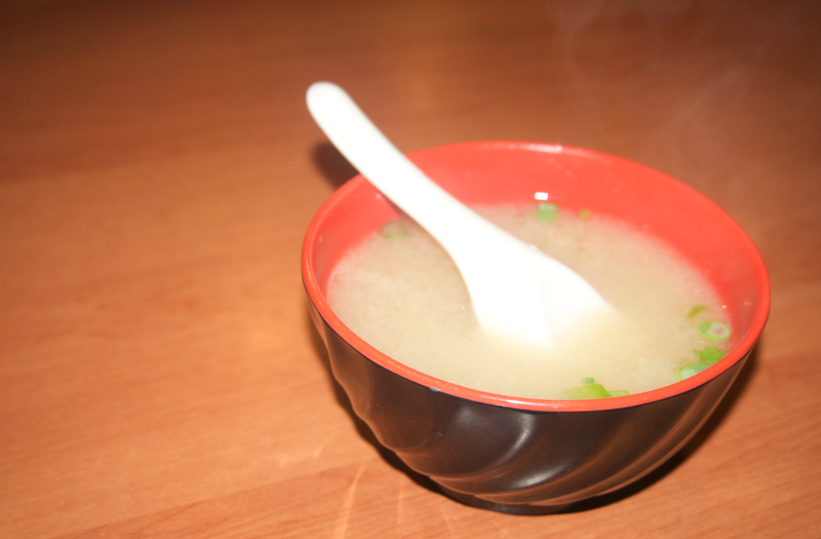 Miso Soup
3/5 stars
This was pretty good, not watered down, but not overly salty! But you can tell it's inauthentic because it was served with a spoon haha!