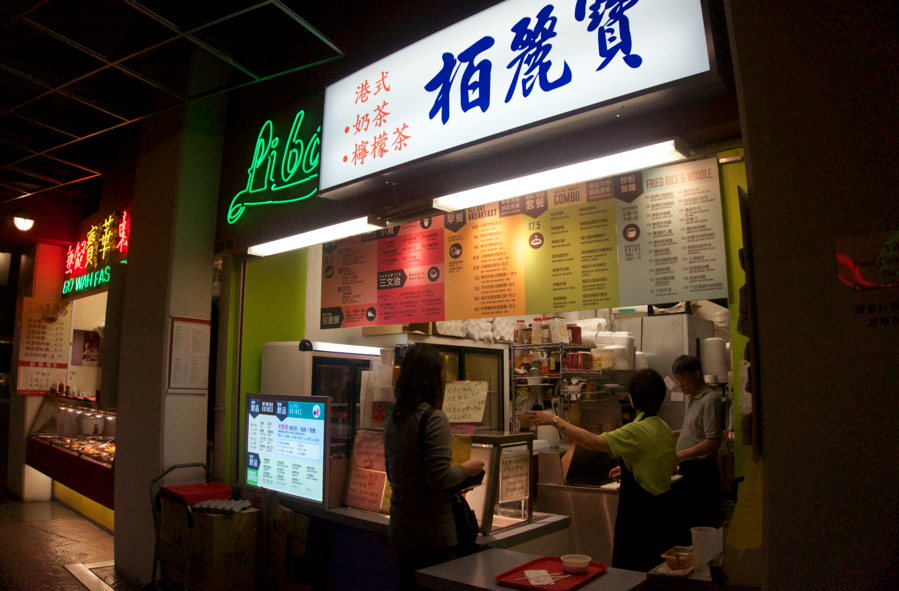 I've blogged about almost every stall in the Crystal Mall food court, and I still have two to go! :D  Two dessert shops: I like Coffee, and the crepe place hidden in the corner lol!

Libo was one I've been wanting to try for a while, because I've gotten their milk tea (which is pretty solid) a couple of times, but I've never tried their food up until now!  In the sea of options at the Crystal Mall food court, Libo is a HK cafe stall offering quick no fuss HK staples! I always see people ordering their combos, which are all pretty cheap at around $7-8!

Their only real competition in the food court is Kingspark which I've blogged about here: http://www.vancitynoms.com/2014/09/kingspark-good-food-hk-cafe-crystal-mall.html
and the relatively newish Tasty Harmony here: http://www.vancitynoms.com/2014/08/tasty-harmony-hk-cafe-crystal-mall.html
which are both HK cafes! Personally, I prefer those two over Libo Cafe because they have better food and the service is ALOT better at Tasty Harmony haha. Actually, Tasty Harmony probably has the best service I've ever gotten at food court! :D As for Libo, let's say that you should consider yourself lucky if you don't get frowned at LOL! My mom actually got mad because she said the service was really rude!

Service was super quick and I got my food in under 8 mins! If you order a drink it's even faster, I had barely pulled out my wallet and my milk tea was already done LOL. Definitely great when you're in a rush! 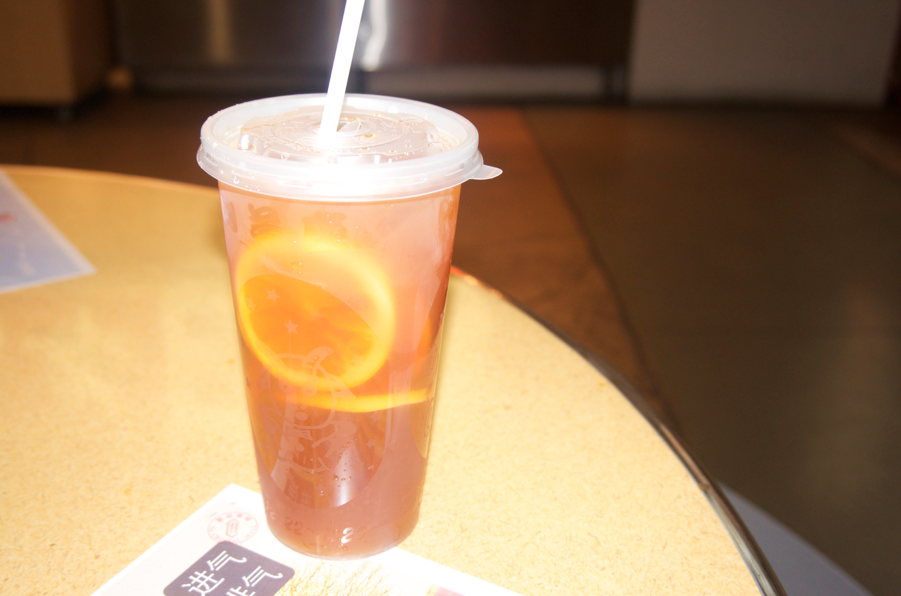 HK Lemon Tea $2
3/5 stars
Pretty standard for an hk cafe, no complaints here! The tea flavour is really potent and doesn't taste watered down! I asked for it to be unsweetened which really lets the bitterness shine through! 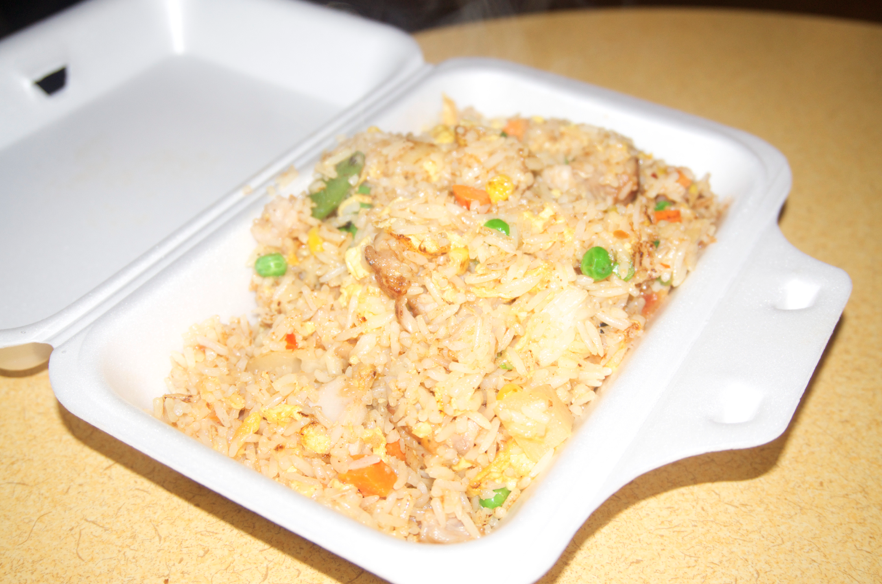 Thai Chicken Fried Rice $8
2/5 stars
This was semi decentt. While there were ample ingredients, the rice just wasn't fluffy enough because the grains weren't separated so the rice just kind of stuck together. The wok hey flavour was pretty mild, which was disappointing. There was a generous amount of tender chicken pieces evenly distributed throughout the rice though! 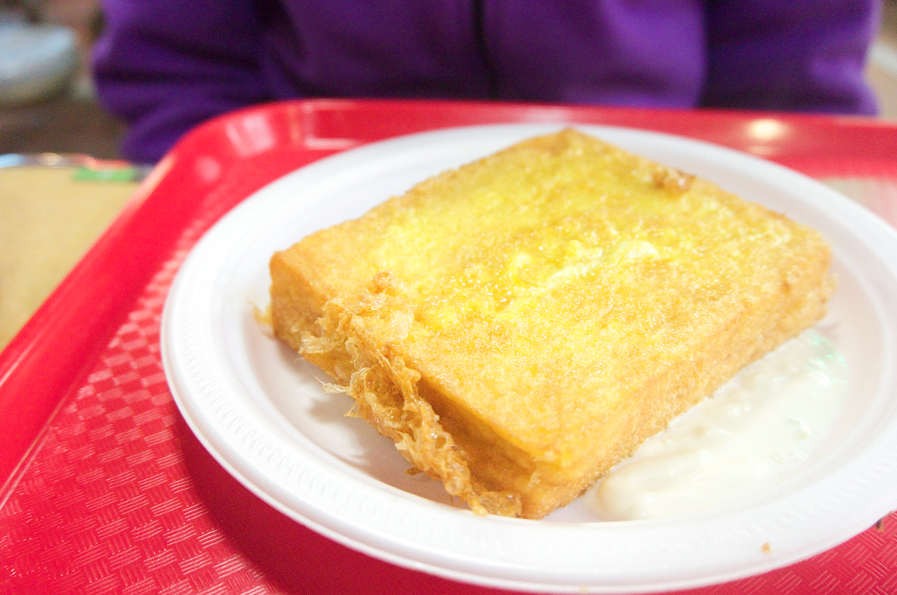 HK Style French Toast $4.50
1.5/5 stars
My mom had this because she was craving bread haha, and she didn't like it haha. They have a couple of different flavours, but she chose the ham/egg one! The exterior was lightly battered and friend, rendering the outside nice and crispy. The inside was filled with processed cheese and a thin slice of ham. Overall, she said that it was rather bland, so I'm guessing that's why it came with a side of mayo. 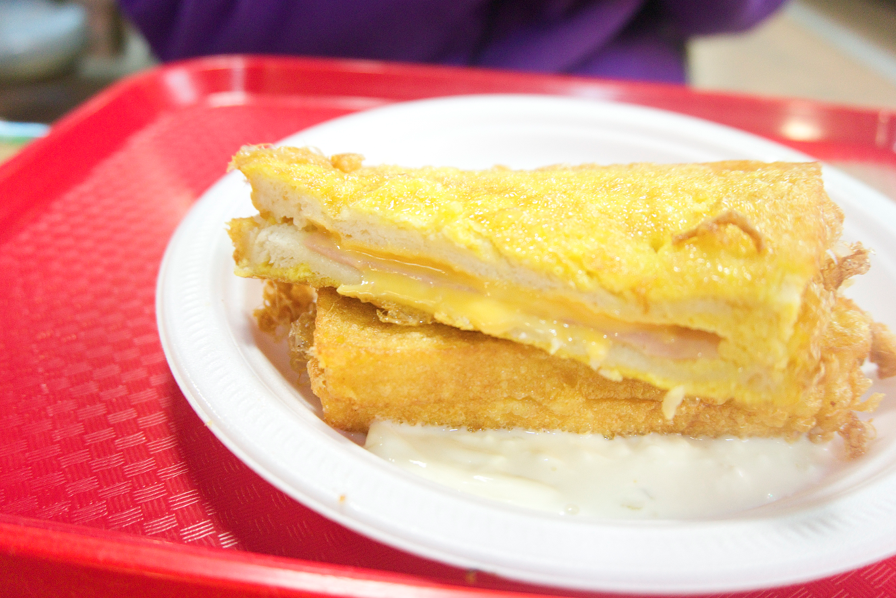