Day 3 was a pretty chill day, we went to Ximendeng, which is a trendier part of Taipei, being the tourists that we are haha! The last time I went there the most random thing happened, my leg was splashed with an unidentified liquid that smelled like rotten fish LOL!! Everyone was staring at me cause because the stuff smelled so bad!! I had to rush to a nearby Starbucks to clean the stuff off, and even after washing I couldn’t get the smell off of my shoes so I had to to throw them away lol!

We also went with my grandpa to the Tzi Chi hospital for a checkup and we ate some yummy vegetarian food there!! Seriously, I don’t think I’ve ever had such delicious food at a hospital before, let alone vegetarian food lol! They actually had a really awesome food court, with 6 stalls! 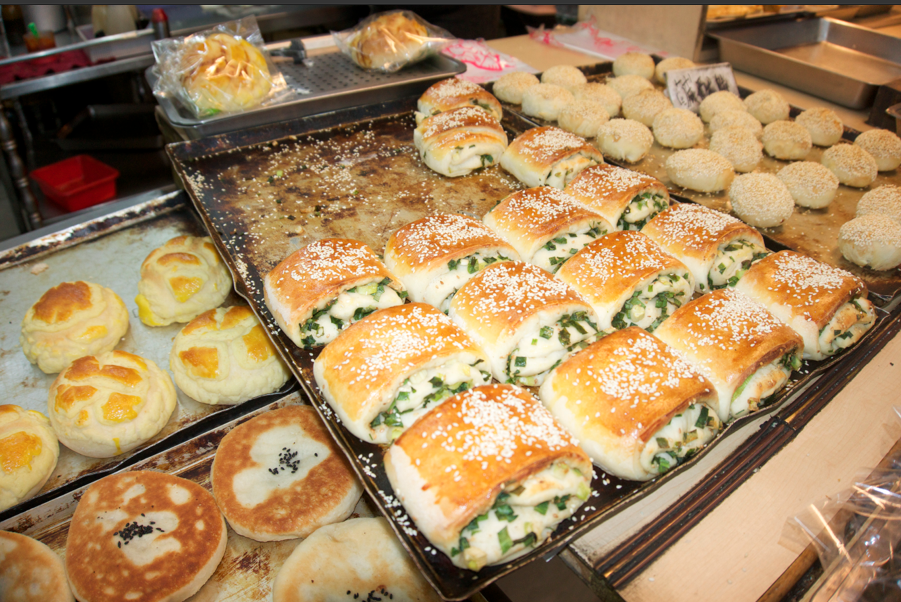 Started off the day right with some taiwanese breakfast!! :D Chive Roll
4/5 stars
This was awesome!! My mom loves chive rolls, and this got her stamp of approval! It had layers and the chives were interwoven into the layers, The bread was super soft and fragrant! 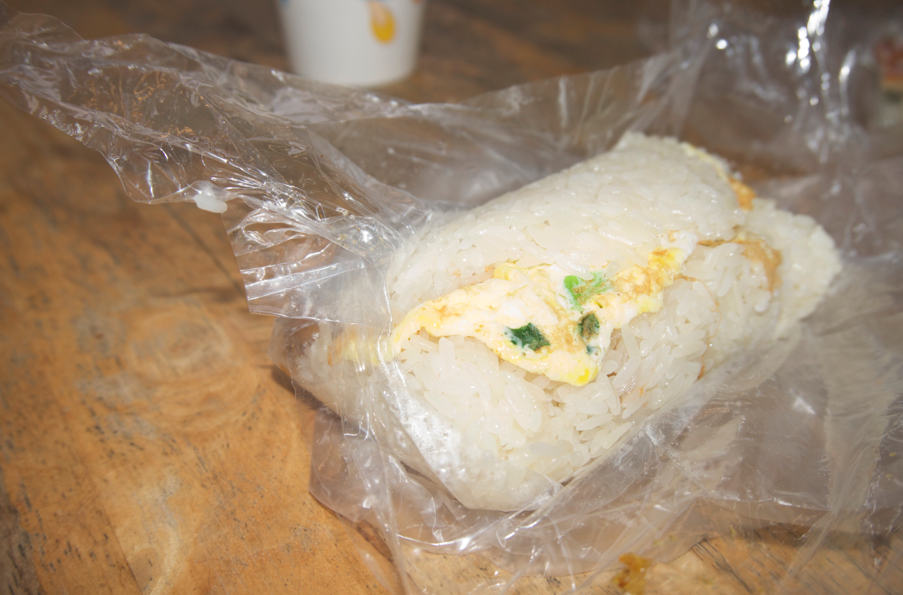 Rice Roll w/ Chinese Donut, Egg, Chives, Pork Floss, Salted Vegetable
3.5/5 stars
You’ve probably had a rice roll in T&T, where they wrap it in front of you and you choose the ingredients? But authentic Taiwanese breakfast rice rolls are really different! T&T uses normal rice, but the rice in authentic rice rolls have a slightly tacky texture! The texture of this one was super on point!  The cheese donut was awesome as well, it was super airy and crunchy! The ingredients are simple, but it makes for a yummy, filling breakfast! 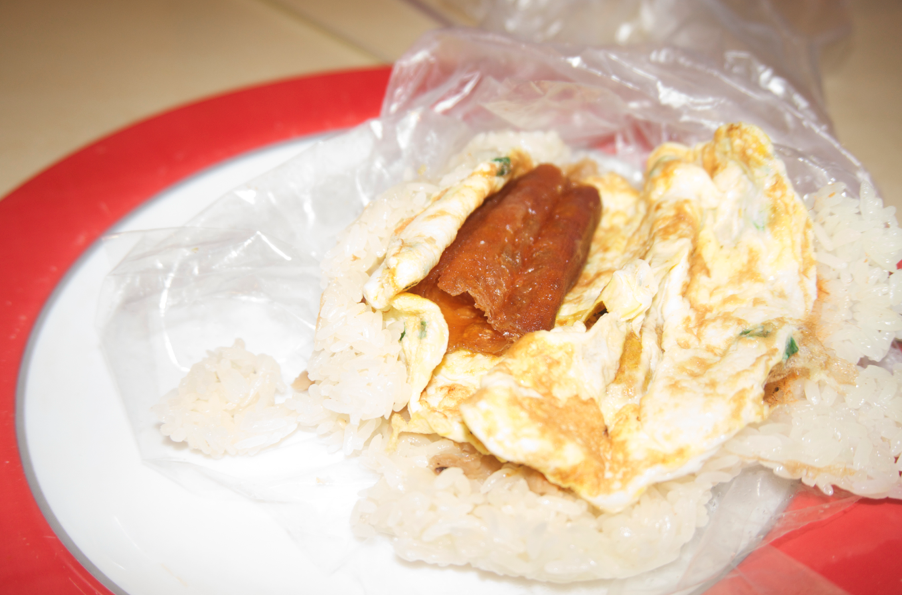 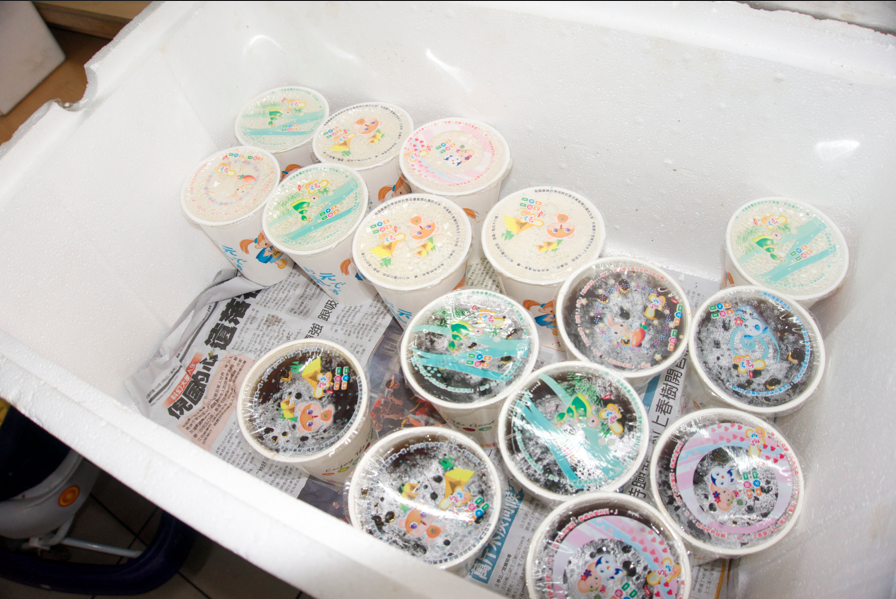 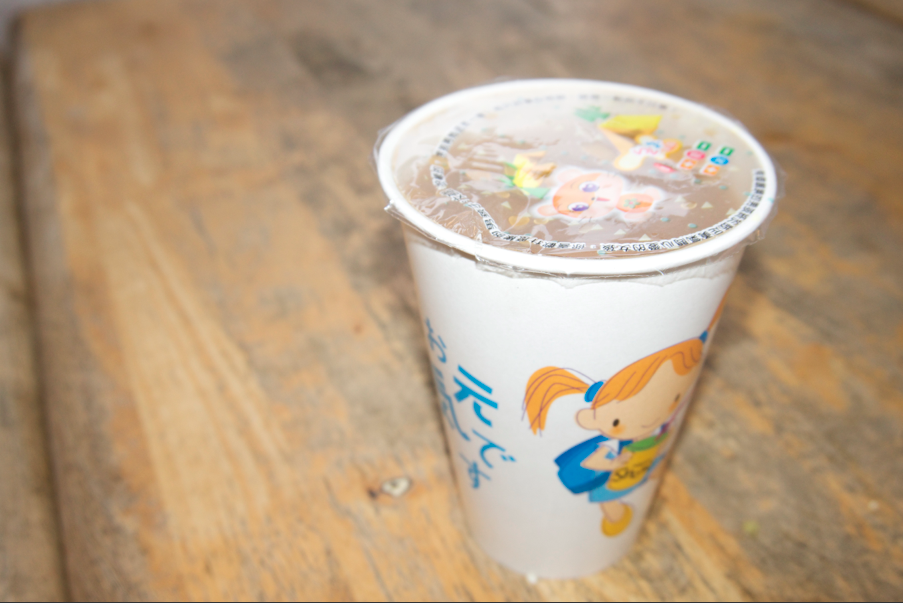 Peanut Barley Drink
4/5 stars
Peanut Barely Tea is a classic Taiwanese breakfast drink! My mom said that the barely flavour was really strong, with an undertone of peanut! It was actually a bit thick in consistency and not watery at all! 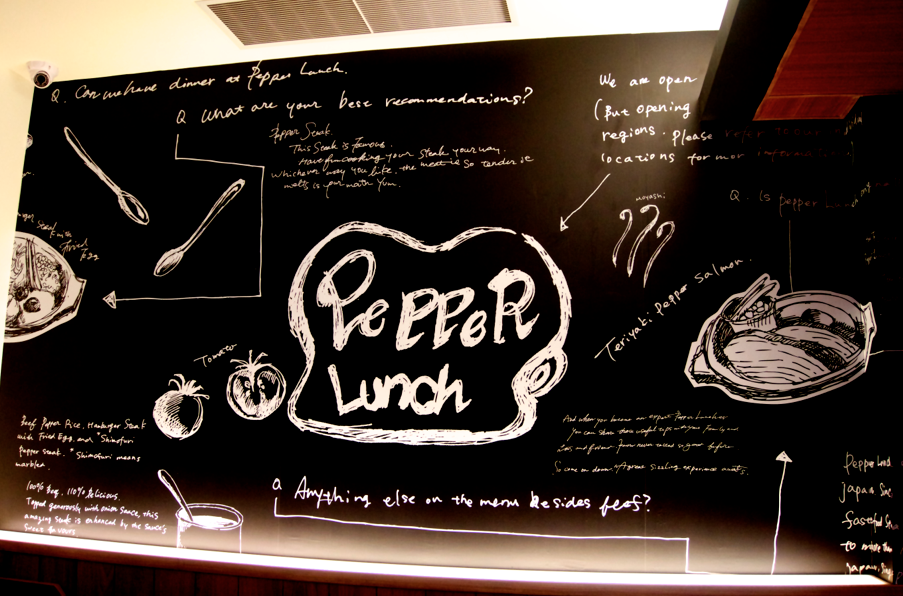 In Ximendeng we ate at Pepper Lunch, which is a Japanese chain that has chains all over asia! They specialize in Teppan style dishes like steak, curry, even spaghetti! 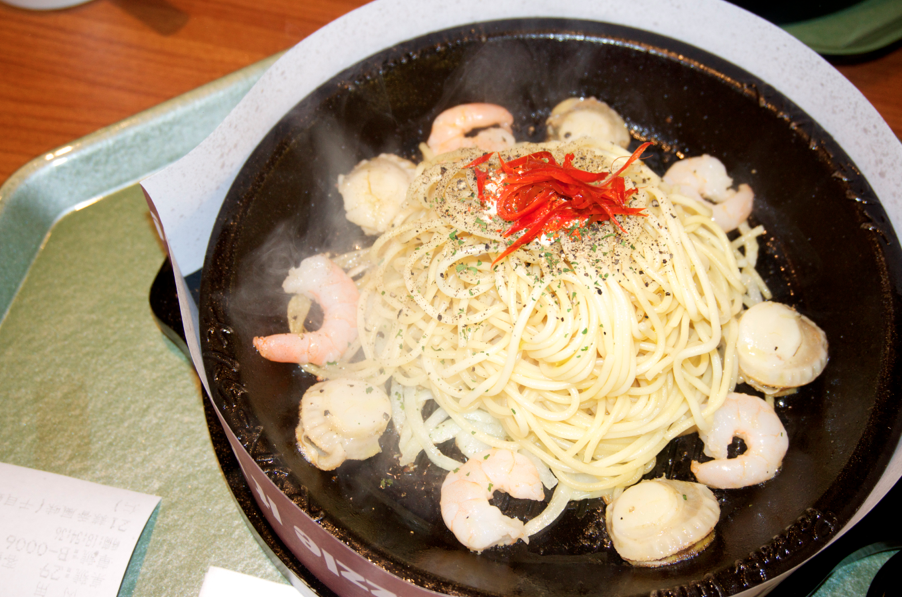 Aglio Olio Scallop & Prawn
3.5/5 stars
This was really yummy! The pasta itself was lightly seasoned with pepper and spices, but it came with a olive oil dipping sauce on the side that added a lot of extra flavour! The pasta was fairly al dente and didn’t clump together! The scallops and shrimp get crusty and seared from sitting in the teppan, which is pretty awesome! 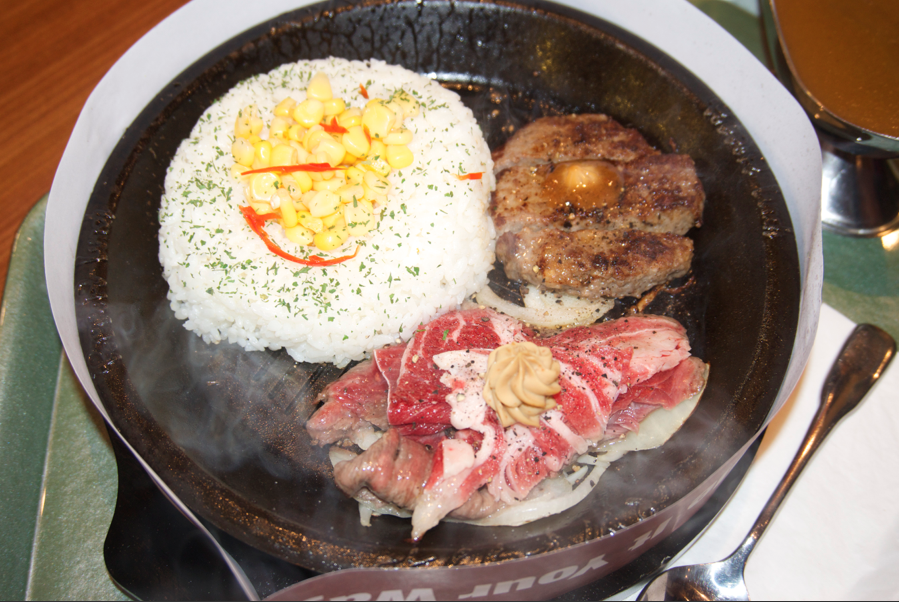 Curry Rice Hamburg & Steak
3.5/5 stars
My mom really liked her hamburg set! The curry came on the side, which is nice so you can control the amount! The hamburg was really moist and fragrant, as was the steak! We didn’t like how there was less meat than rice though! 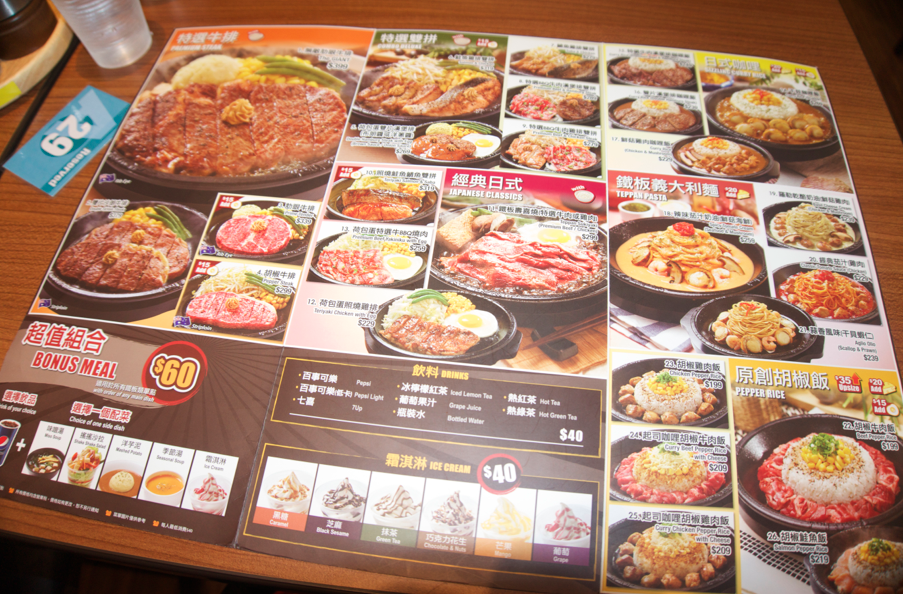 Here's a look at the menu! (click to enlarge) 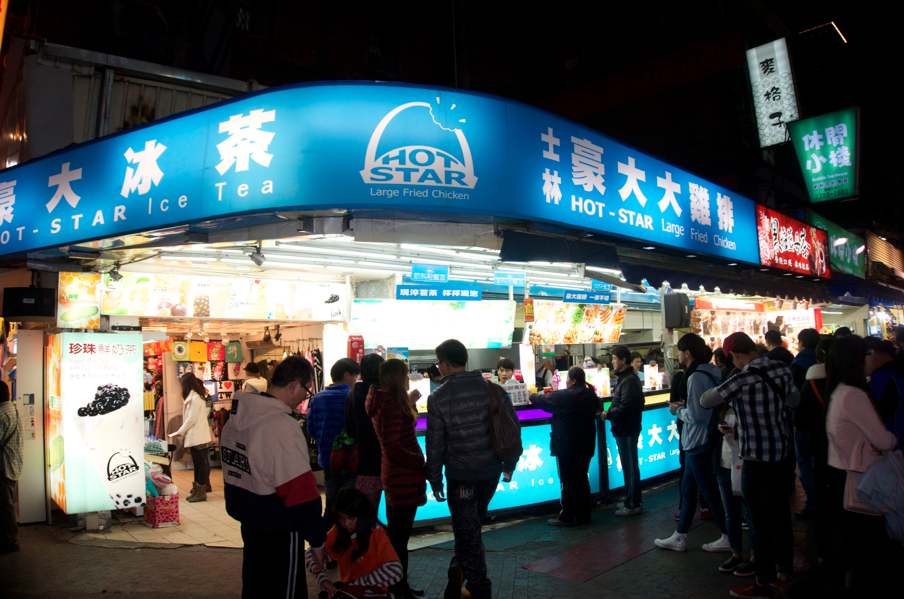 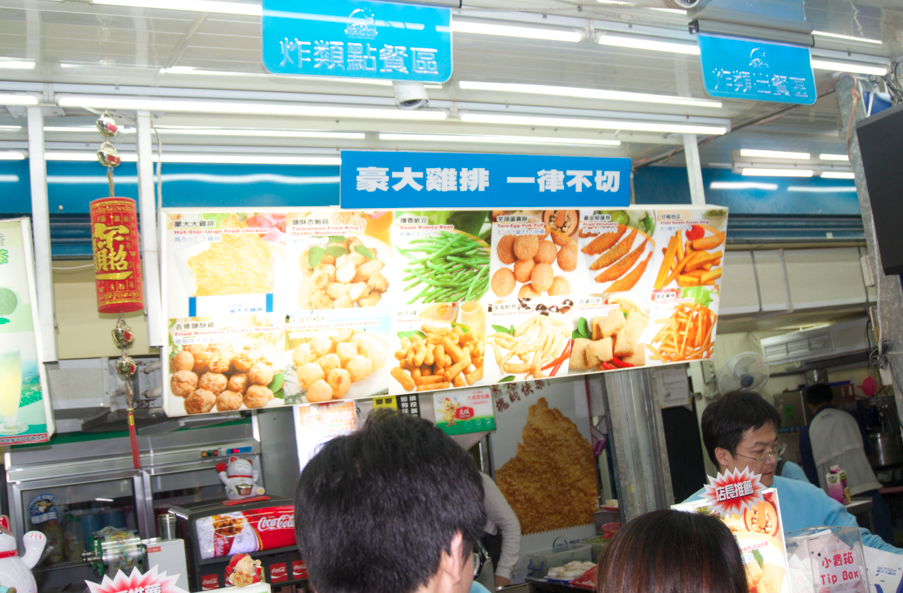 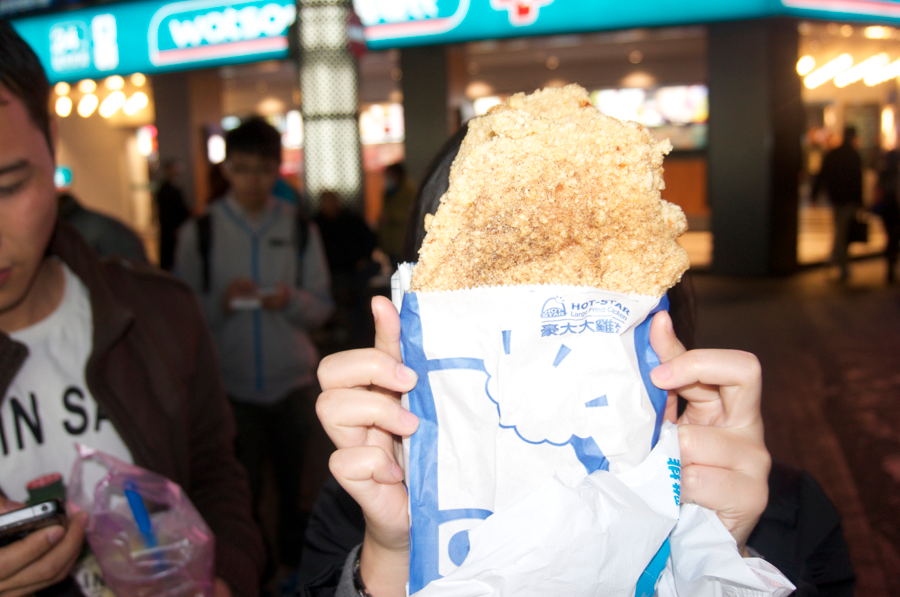 Giant Chicken Steak
Thanks to Anon who recommended that I try out this stall!! Unfortunately when I spotted it we had already eaten dinner at Pepper Lunch and I was too full at that point to eat anything else LOL!! I was sooo bummed haha! So I asked someone if I could take a picture of their food (in the least creepiest way) and she held it up to her face so you could see how big it is! :D 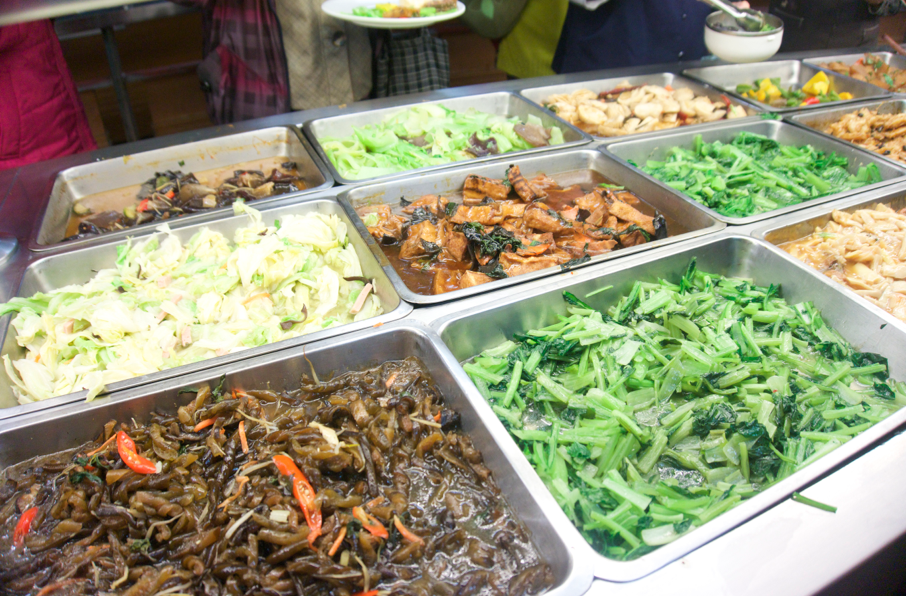 Earlier in the day we had lunch at the hospital!! The food was surprisingly delish LOL!! 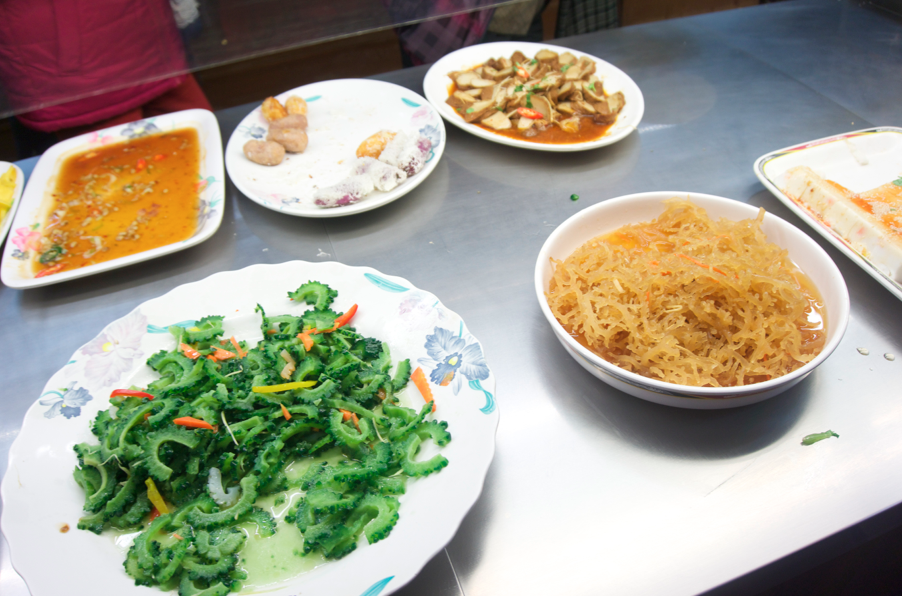 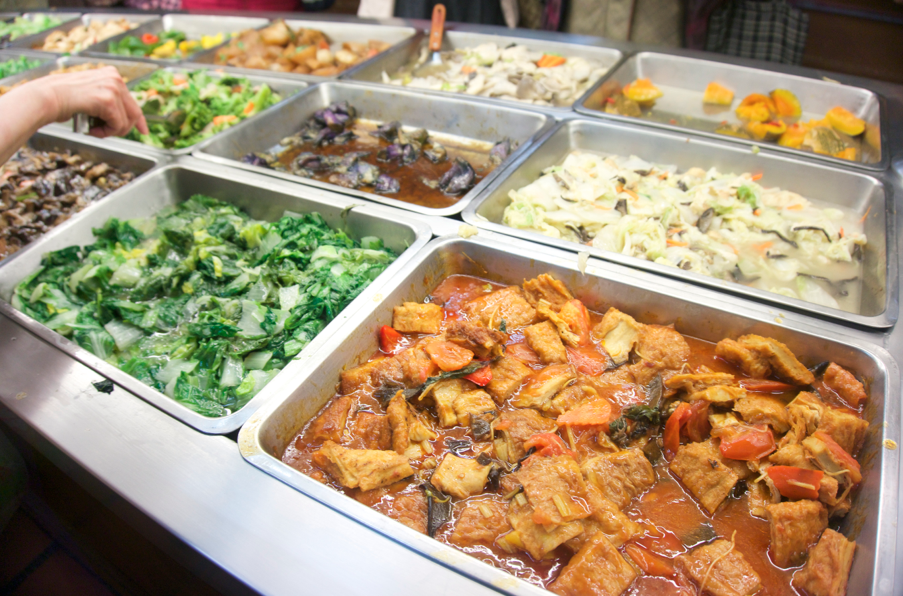 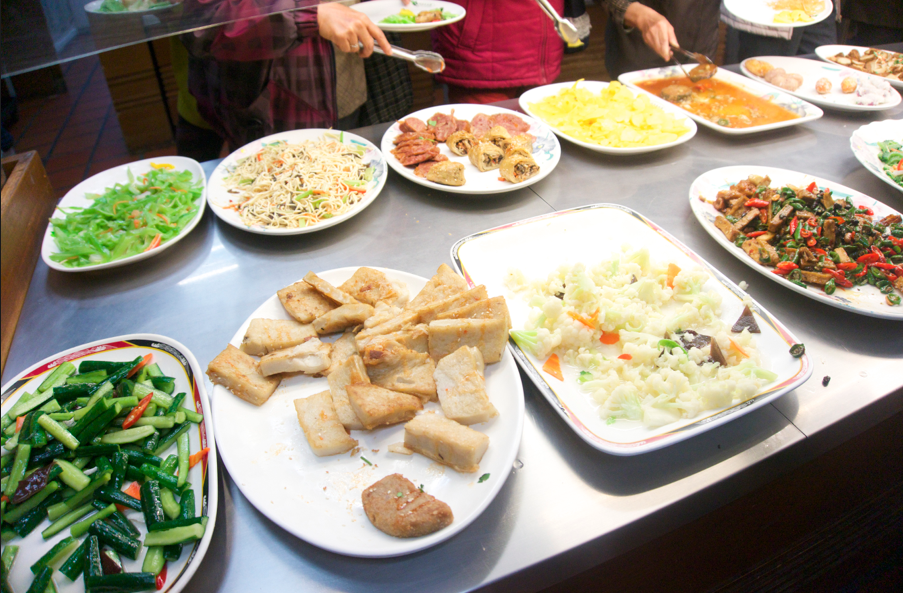 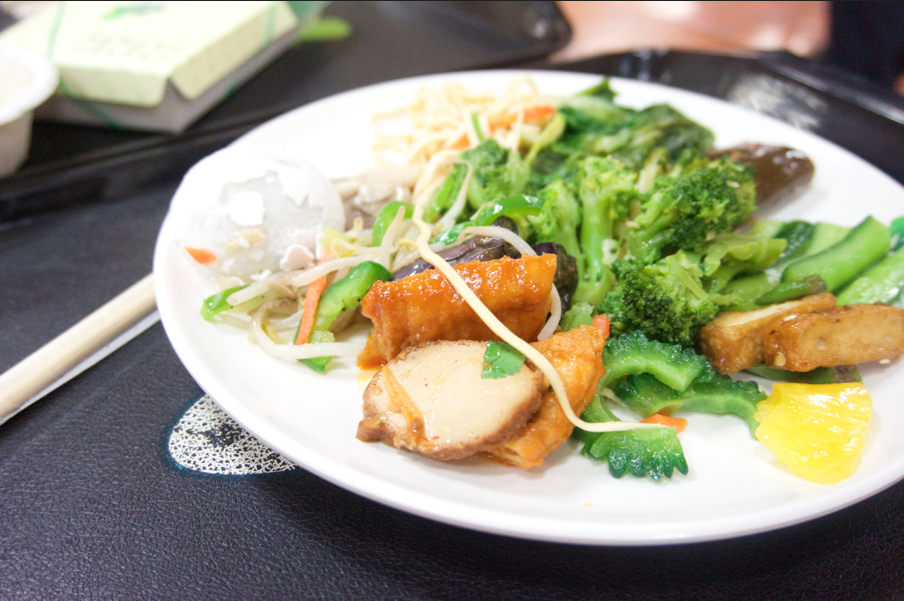 Veggie Plate
4/5 stars
Wow, gotta admit, this was really yummy! Everything was full of flavour and I didn’t feel deprived at all! It was a bit oily, but I didn’t really mind! 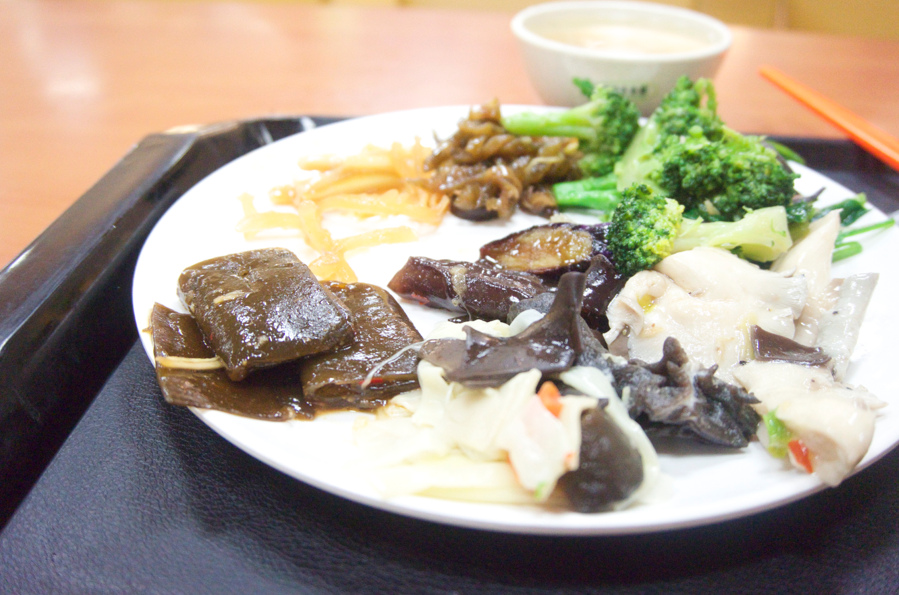 My plate!! Everything was really good and I felt super healthy eating it haha! 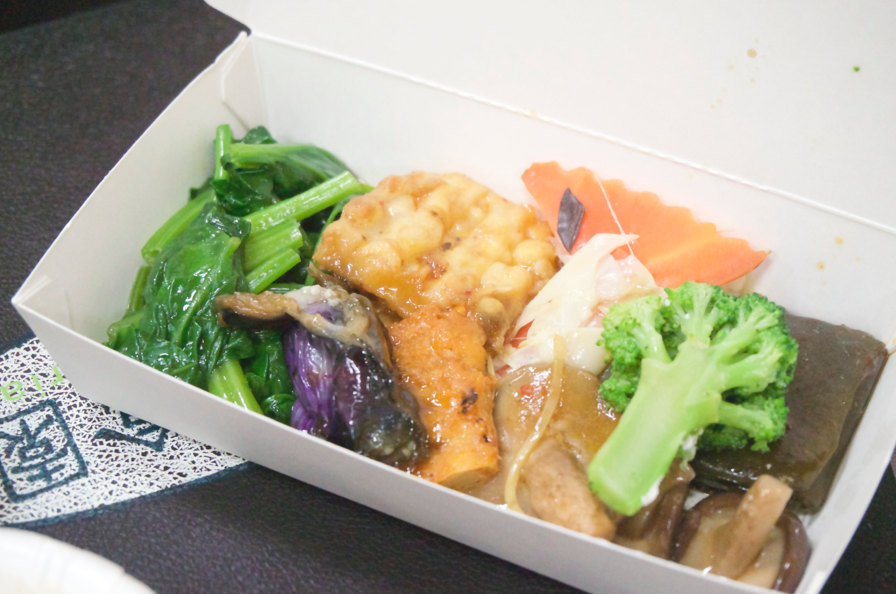 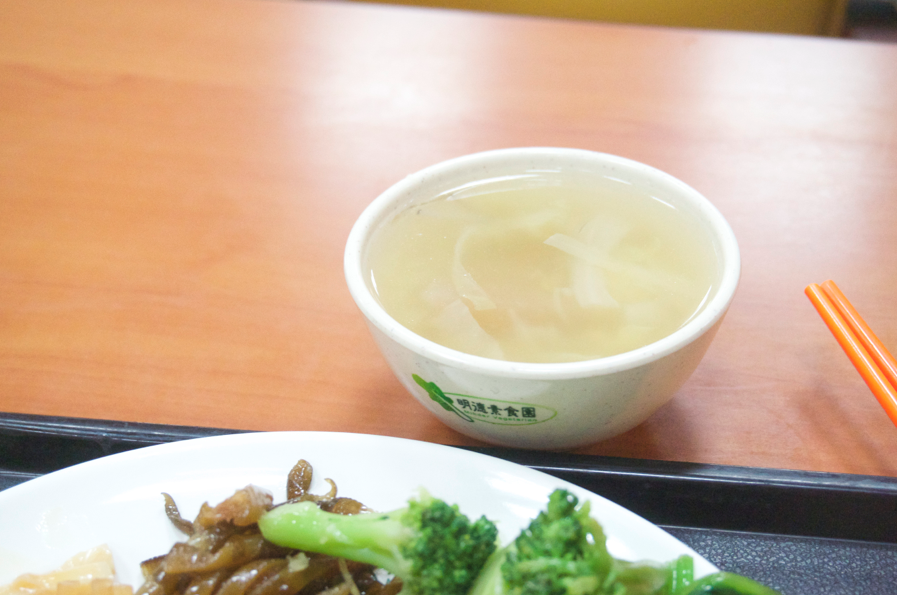