After going to the travel agency we went to Gongguan, and I got a new pair of glasses!! :D I was inspired after I saw a bunch of people in Ximendeng yesterday wearing those retro circle cat eye glasses hehe!!

Then afterwards we found this gem of a place, a hole in the wall Thai restaurant that’s super popular with the locals and U of Taiwan students! Everything we had was really delish and super cheap too! :D 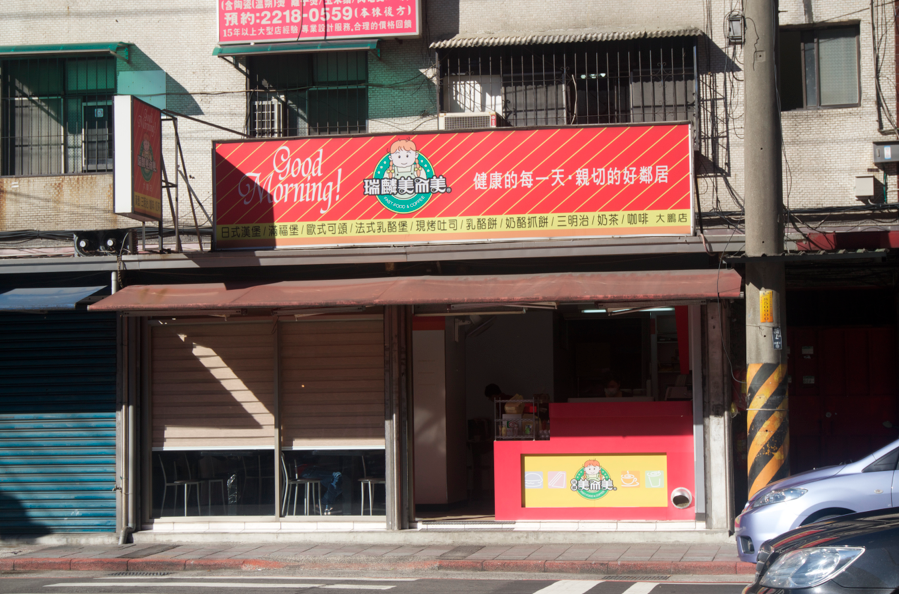 Starting the day with some breaky at the local HK cafe! 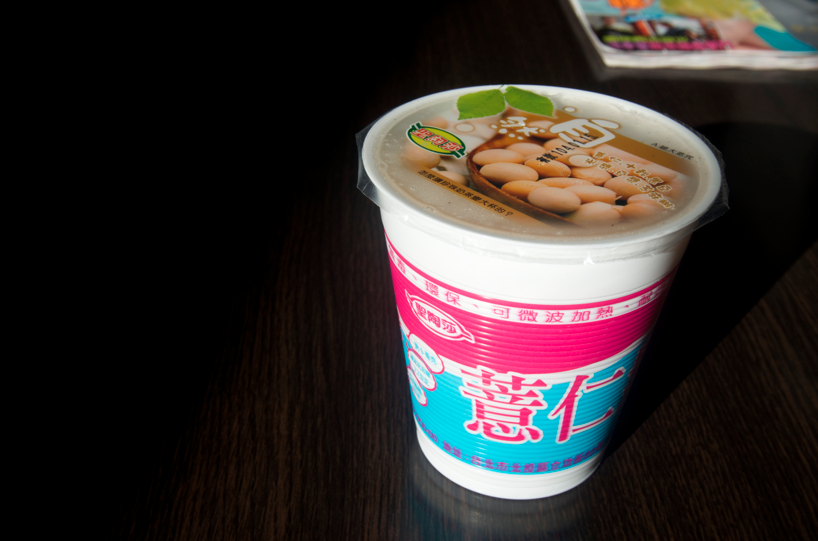 Rice Milk
1/5 stars
This was pretty disappointing. It tasted really watered down and there was too much added starch. You have the option to get it iced or warm, and I got it warm because I didn't want it to taste diluted from the ice haha! 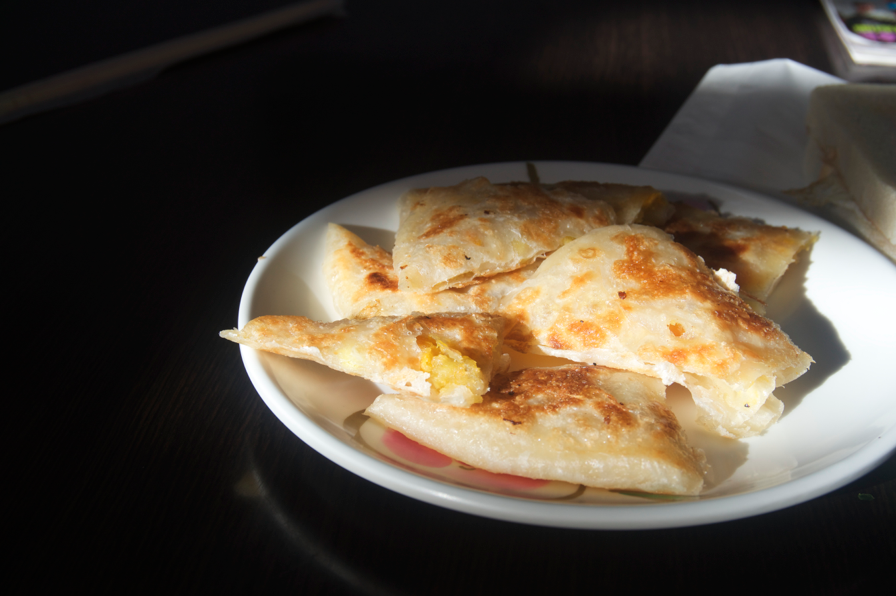 Yam Pancakes
4/5 stars
This was awesome!! Sweet-salty pieces of flaky pastry with a soft yam filling! The outside is really crispy which was a great contrast to the soft, mushy filling. Made for a nice light breakfast that didn’t leave me feeling greasy or bloated! 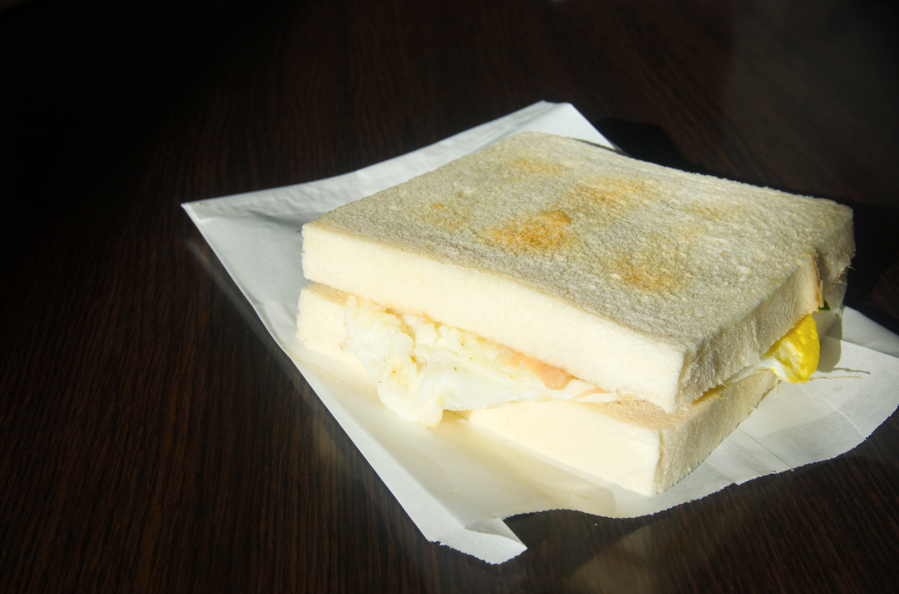 Tuna Egg Sandwich
2/5 stars
My mom had the tuna egg sandwich, and she thought that they were really stingy with the tuna haha. There was barely any tuna in it and it was mostly bread. The bread was soft and sweet, and lightly toasted on the outside. 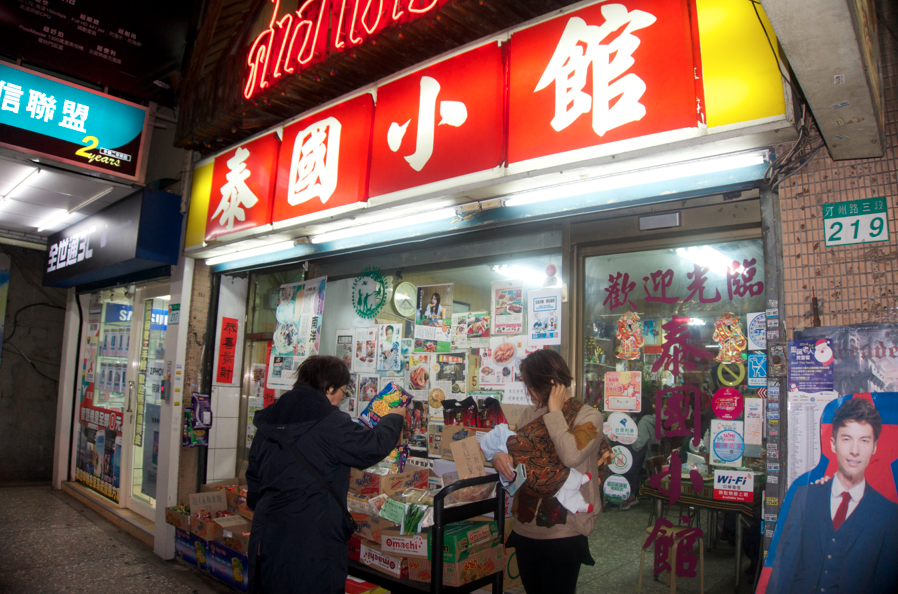 A local hidden gem for Thai food in Gongguan! 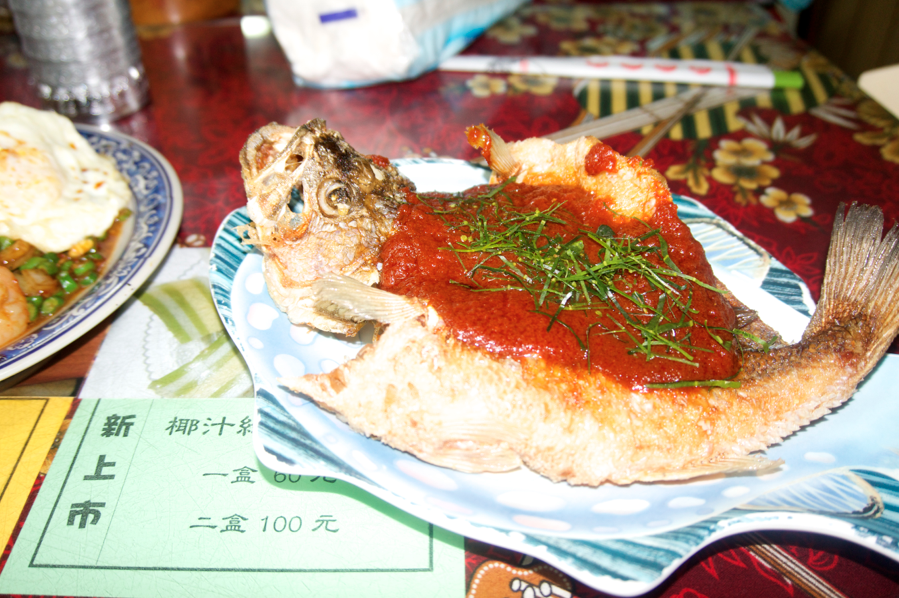 Fish in Sweet/Spicy Sauce
4/5 stars
This was awesome!!! The english description sounded pretty meh, but it exceeded my expectations!! The sauce was a delicious myriad of sweet, salty, spicy, and exotic flavours that I couldn’t exactly pinpoint! The fish was perfectly fried and the sauce didn’t even make it soggy! 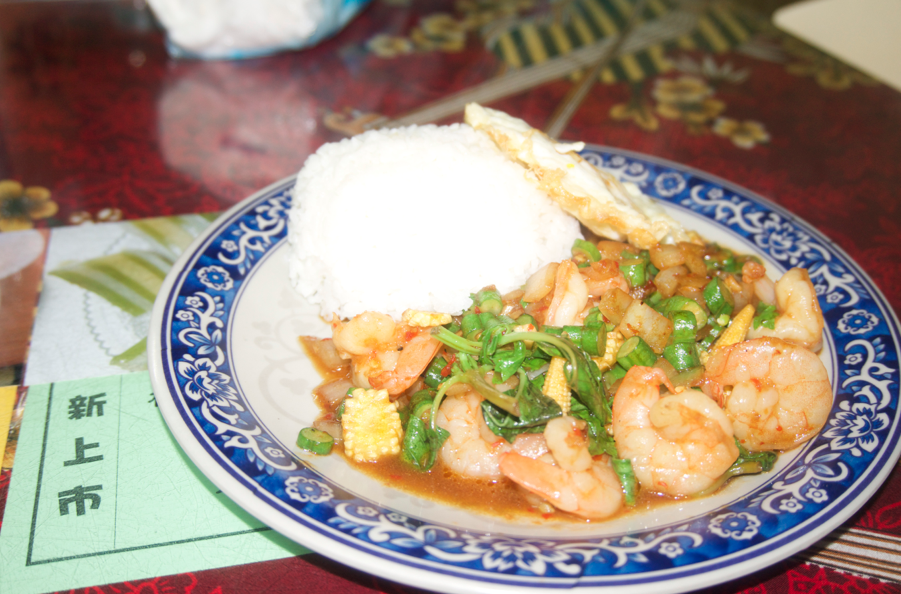 Sauteed Shrimp w/ Basil
3/5 stars
This was yummy as well! The basil flavour was quite strong! The pieces of shrimp were juicy and bouncy! 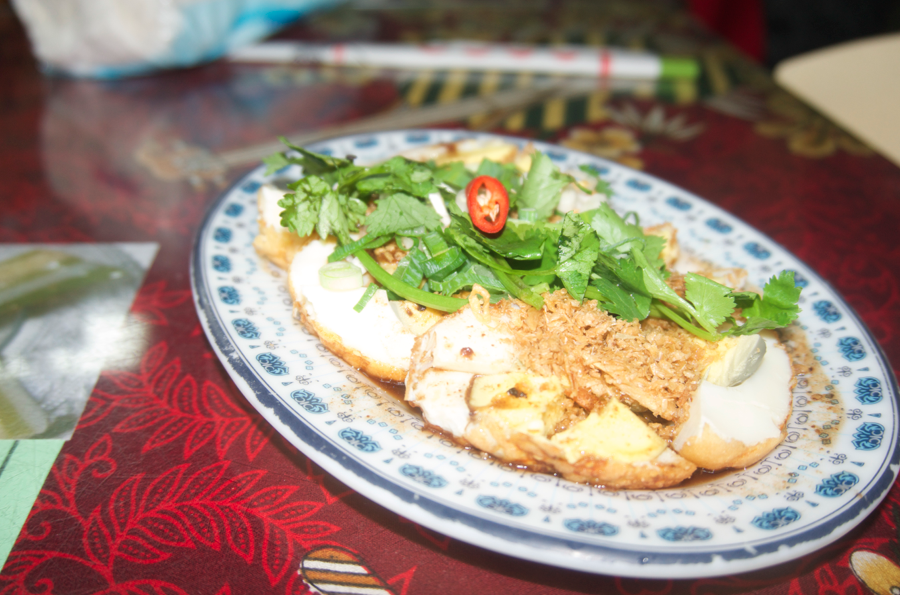 Egg Bomb in Taramind Sauce
2/5 stars
These sounded really cool, so that’s why I ordered it! Taste wise, pretty good! It was sour, a bit sweet, and the taramind flavour was definitely there. The fried egg was a bit off though, the exterior shell got soggy from sitting in the sauce so it didn’t really work. 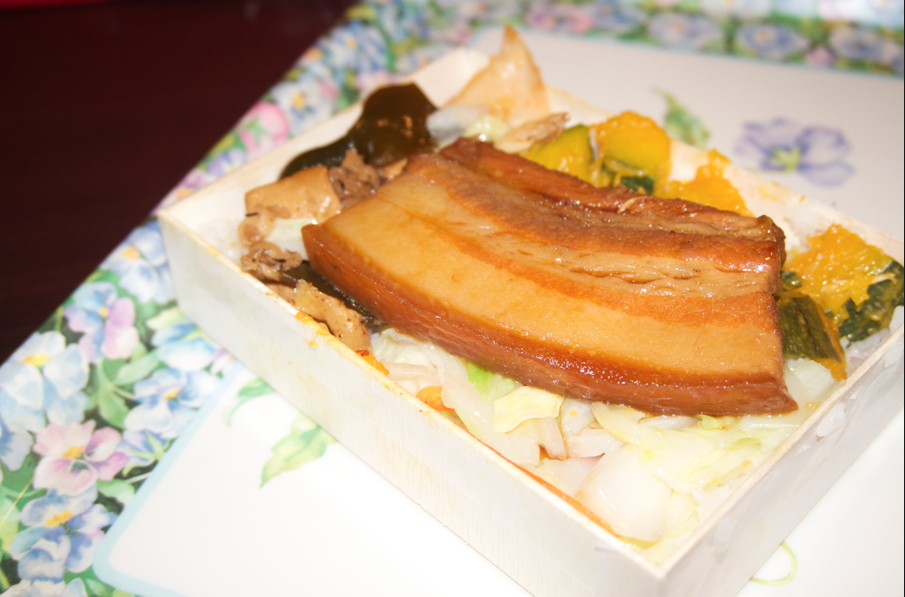 Taiwanese wooden bento boxes were all the rage a few years ago! Isn’t it cute? Someone should start making it a thing in Vancouver haha ;)

They’re also super cheap, they’re only about 55 yen, which is about $1.80 each!!   Obviously I had to get the pork belly tehe. Meat wise, this was pretty decent! The fatty bits were not too fatty, and the meat bits were reasonably tender! It was a bit bland though, so it definitely wasn’t marinated long enough. The side dishes are really healthy, they include pumpkin, seaweed, tofu, even a side of free soup! 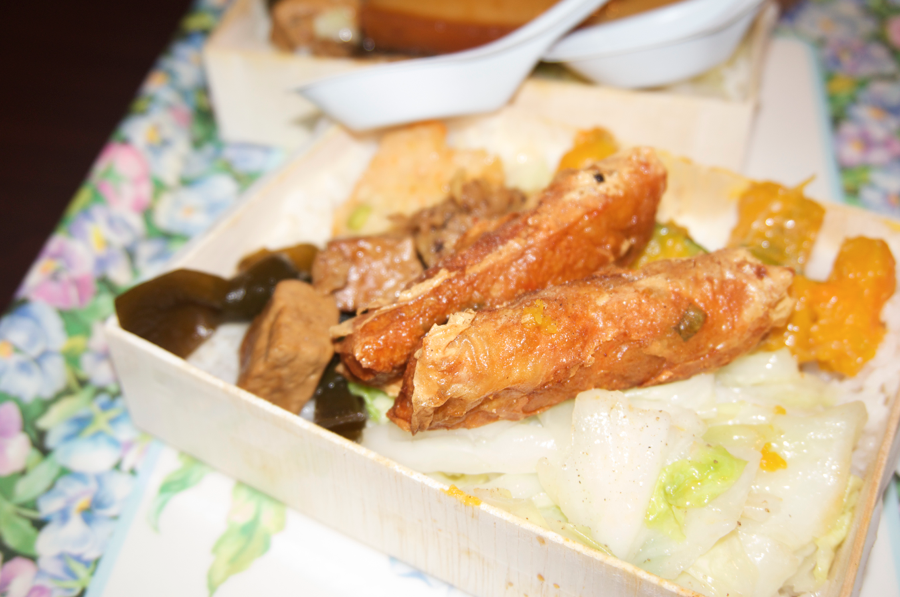 Shrimp Roll Bento
2.5/5 stars
The shrimp roll was pretty tasty! Shrimpy in flavour, bouncy, and still crispy on the outside! 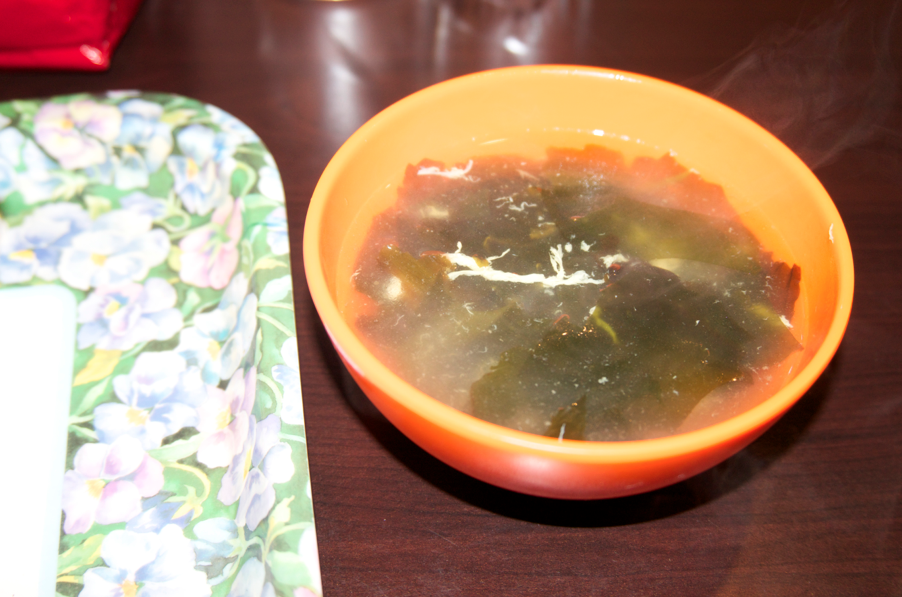 The bentos also come with some free soup! :D 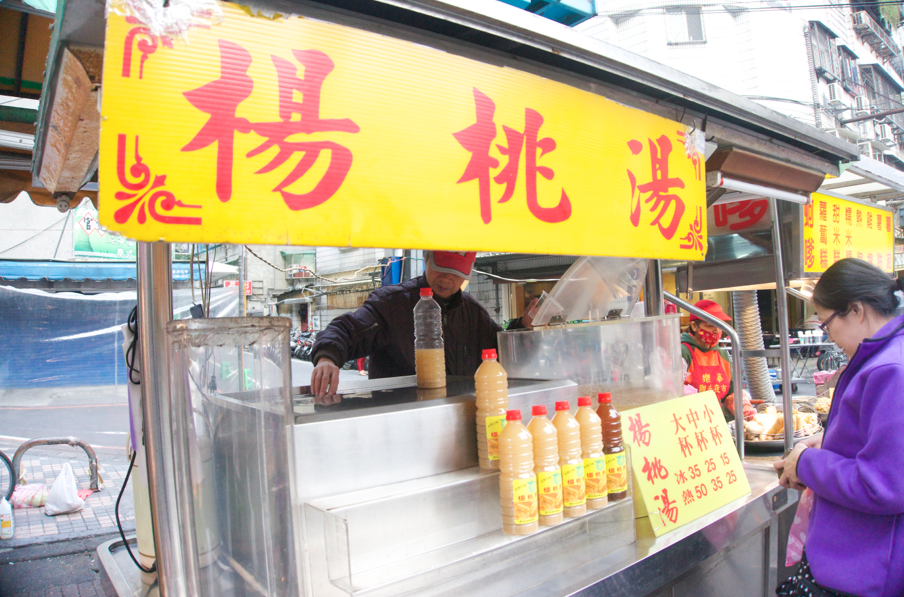 Later in the day I got thirsty soo, time for some juice!! Fresh pressed starfruit juice!! 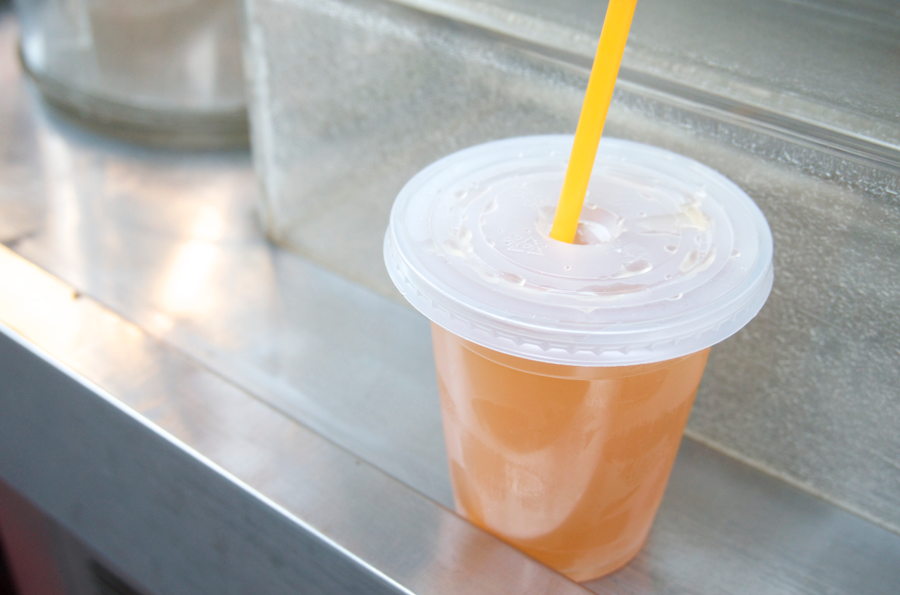 Starfruit Juice
3.5/5 stars
Starfruit juice is a classic Taiwanese drink! This was super refreshing, sweet-sour without being in our face!