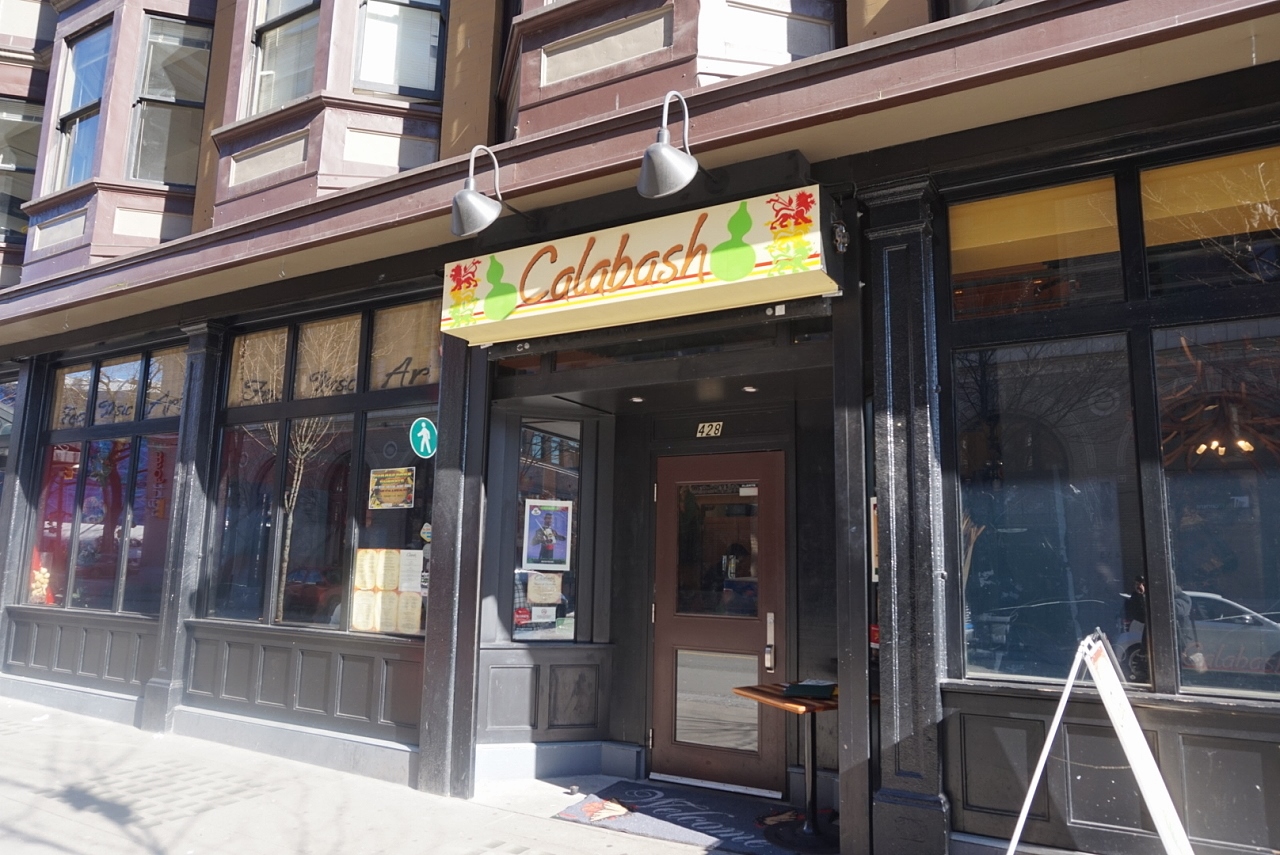 I've been hanging around Gastown/Chinatown alot recently. Mostly to look for food LOL. What else? ;)   I like spending my free time wandering aimlessly around town in search of new restuarants to try lol. Am I the only one?

Taking the skytrain downtown is actually alot more convenient for me then staying in Burnaby. It takes me less than 20 mins, which is alot quicker than waiting for the bus. I was actually craving Vietnamese food yesterday, but when I spotted Calabash Bistro, I just couldn't pass it up. Lemongrass chicken, you'll have to wait another day! ;)

Calabash Bistro was featured on the food network's You Gotta Eat Here! and they're one of the more popular Caribbean restaurants in Van! They're known for their amazing brunch menu, which all come in under the $15 mark!! They even hold live music performances and events on a daily basis, which is pretty dang awesome! Be sure to check out their website for updates on who's performing that night! :D


My computer's still broken...it's pretty much on its death bed lol . I'm waiting for the new air to come out but until then, I'll have to use my dad's computer. I took it to Apple yesterday, and they said it was because I have too many files (around 15,000) lol. 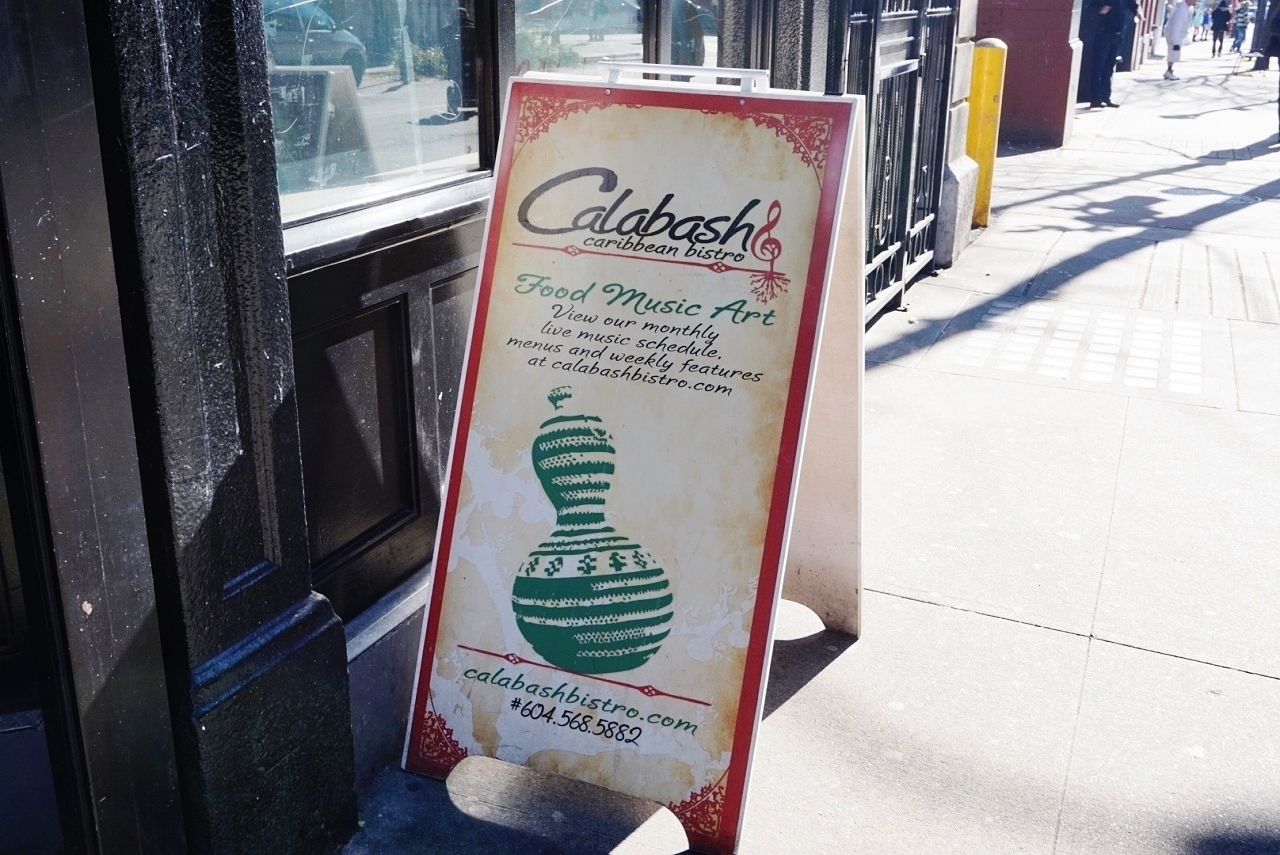 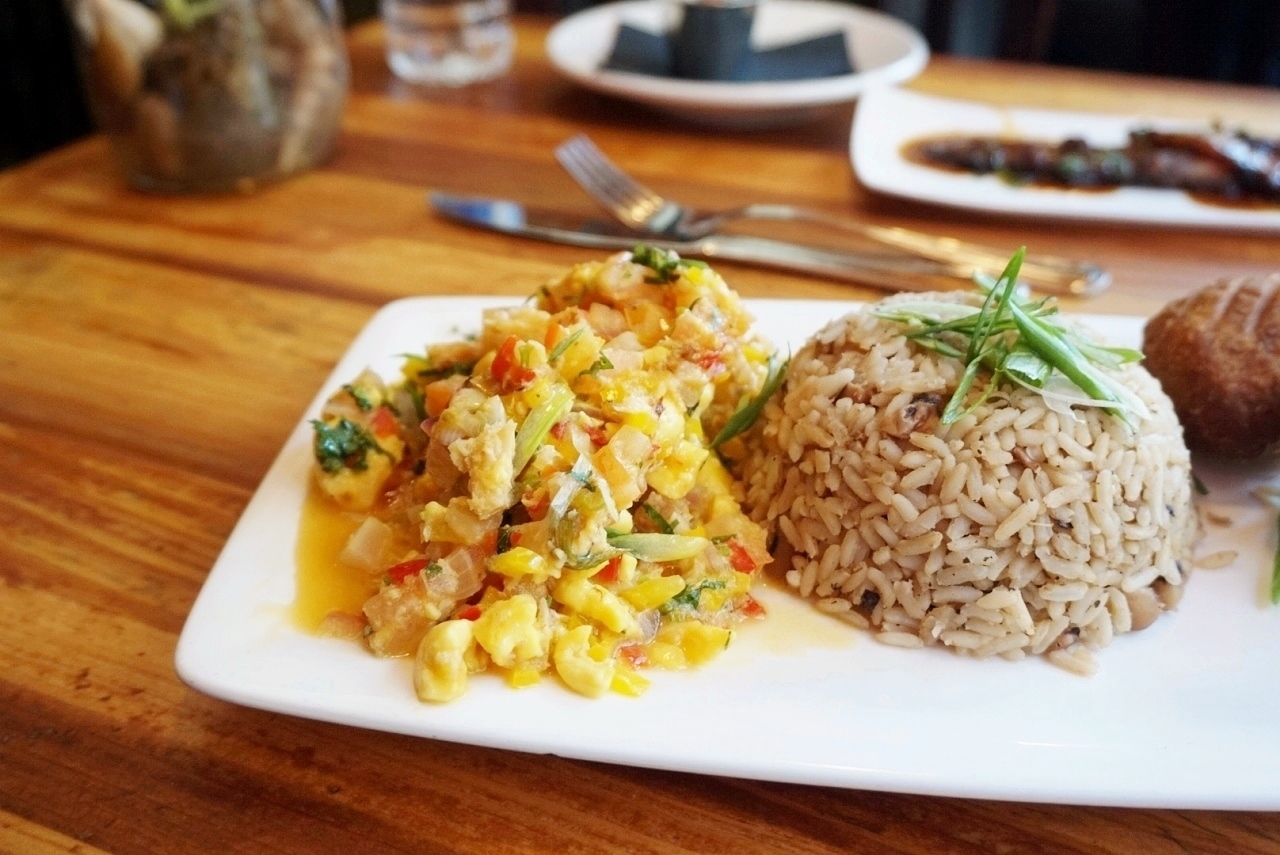 Ackee & Salted Fish w/ Rice & Beans $14
3/5 stars
Jamaica's national dish!!Hey, did you know Ackee is actually poisonous if prepared incorrectly? Thankfully I didn't die LOL.
You can't tell from this angle, but the portion size was actually quite large! It was my first time having ackee, and the texture was really interesting! Soft, mushy, with a subtle sweetness. I was disapointed with the amount of fish in it though. There was only a few small chunks, which is a shame because the salted fish was really good haha! The flavours of the spices and onions really came through and worked in tandem with the salted fish. The rice was well cooked, the grains were separated and really fragrant from the beans! :D 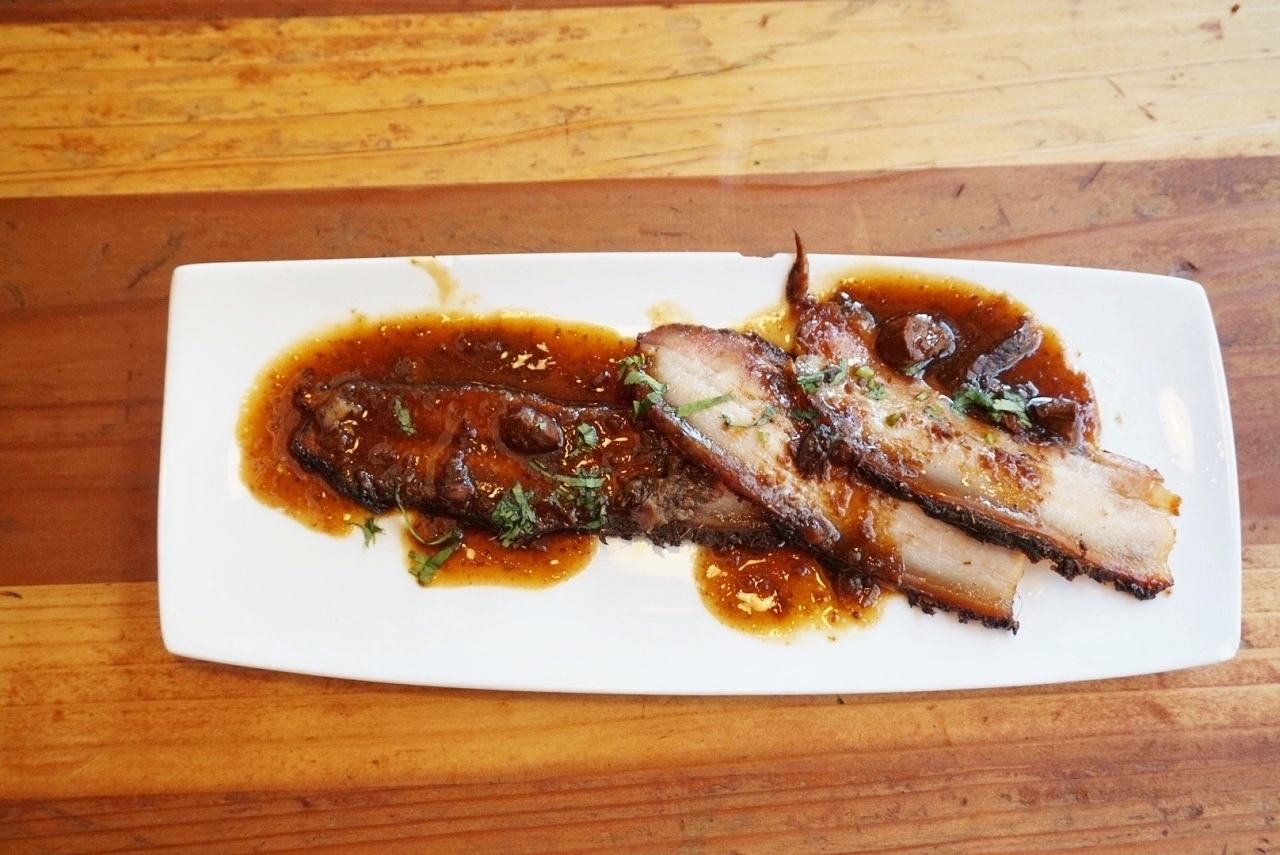 Jamacian Jerk Pork Belly $3
3/5 stars
Whenever there's pork belly on the menu, I have to order it lol. This was sliced pretty thin, and bathed in jerk spices. I found the pork itself a bit gummy and hard to chew, but the flavours were nonetheless on point. 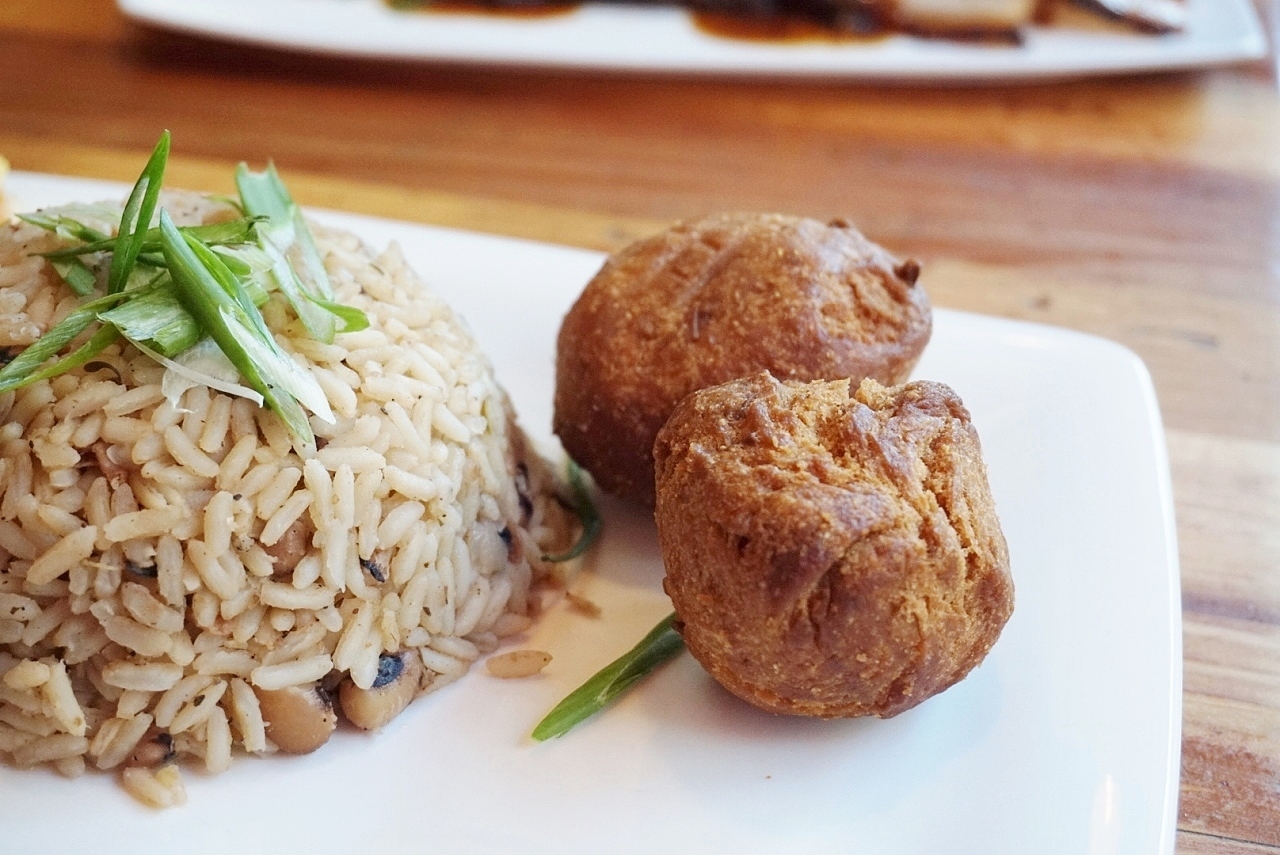 Coconut Dumplings
2.5/5 stars
I think I was expecting some sort of filling inside, because of the name lol. The dumplings resembled timbits, but were alot doughier and harder, almost coffee cake/bread like in texture. The coconut flavour was subtle, but nonetheless present. Definitely substantial and combined with the rice, this brunch made for a really filling meal! 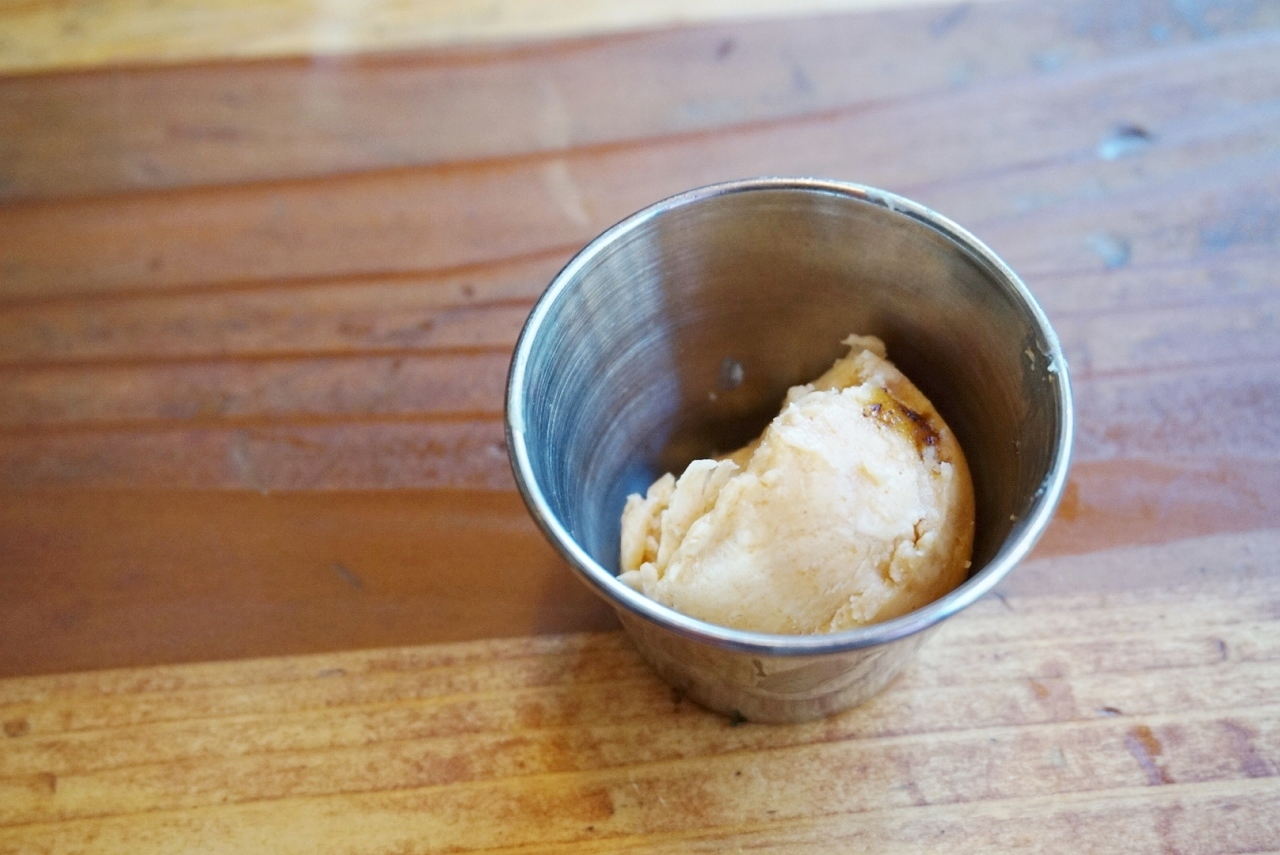 Guava Butter $1.50
3/5 stars
This was awesome hehe. The waitress recommended it, and of course I had to say yes. Who can say no to guava, in butter form? Great for dipping the coconut dumplings in! What the heck, just dip your fingers in there and enjoy it on its own, its that good lol. I couldn't really taste the guava, but it was really sweet and buttery! 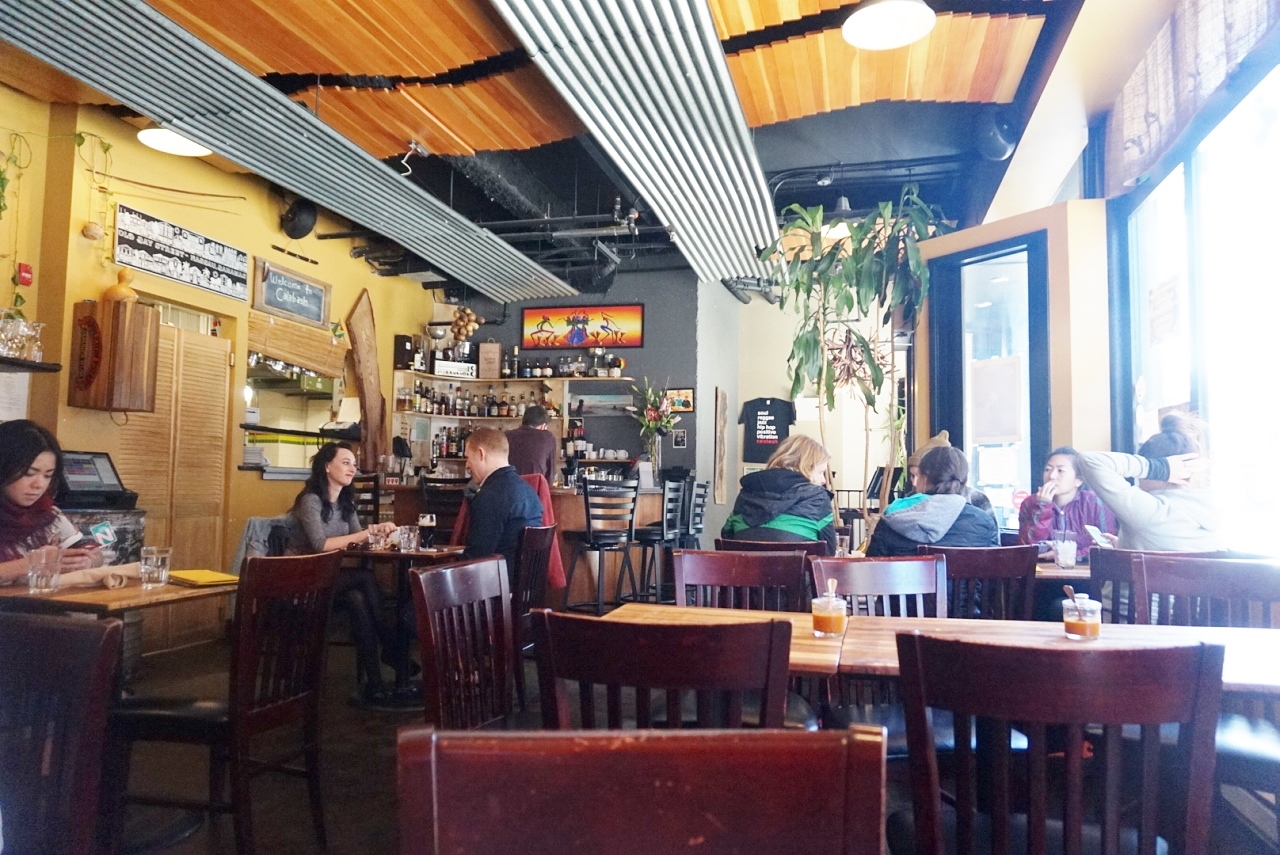