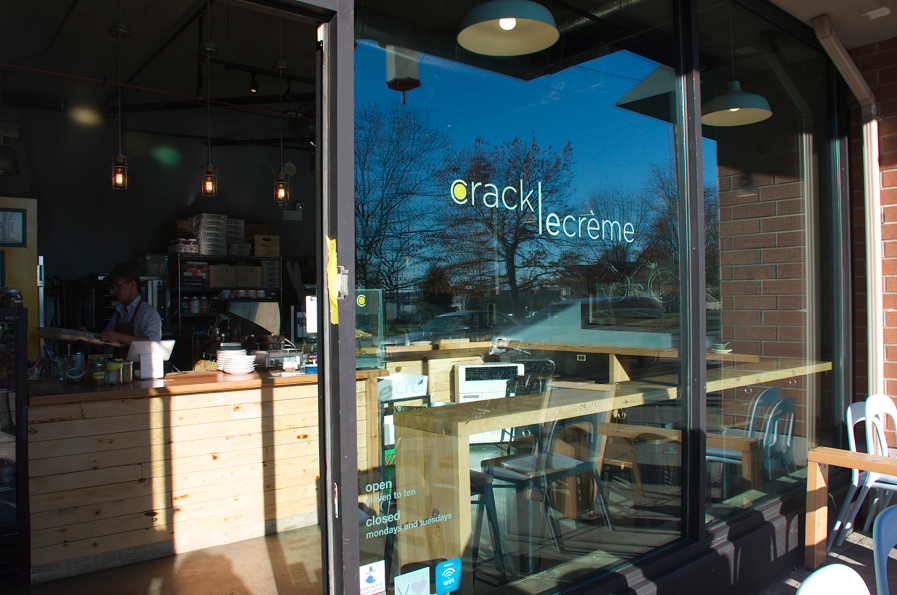 After having brunch at Campagnlo Upstairs and noodles at Harvest Commnity Foods (yes, I ate two meals in a row LOL) going to crackle creme for dessert was the only logical thing to do ;)

I actually went to Crackle Creme a few months ago but I held off on this post until now because I wanted to go back and try some of their other flavours!!

Oh the funniest thing happened went I went a few days ago...Daniel (the owner) remembered my order!! I decided to order a vegan flavour this time and he was like "But you ordered the earl grey last time didn't you, and that's not vegan!" and the last time I went was 4-5 months ago!! Woww, that guy has a killer memory!! Or maybe he remembered me because of my camera? Either way, I was impressed haha!

When I was eating my creme brûlée I overheard Daniel telling a customer that he just made this new flavour: Puerh tea (or po lei in Cantonese!) Yes, the puerh tea you get at dim sum!! Is that a guy a genius or what? :D

When I got home I told my dad and he was like "Puerh creme brûlée? I've never heard of such a thing!" (he's a huge fan of puerh, its the only tea he orders it at yum cha)

Oh and I just remembered, Crackle Creme has smores now!! You can get any of their creme brûlée flavours in a smore version!! Omg...I can't remember the last time I had a smore (oh wait I do) I was 12 years old, and I made my own smore in the microwave with graham crackers from superstore (I was pretty impressed with myself) LOL! Well... I guess I better make a revisit to step up my smores game!! ;) 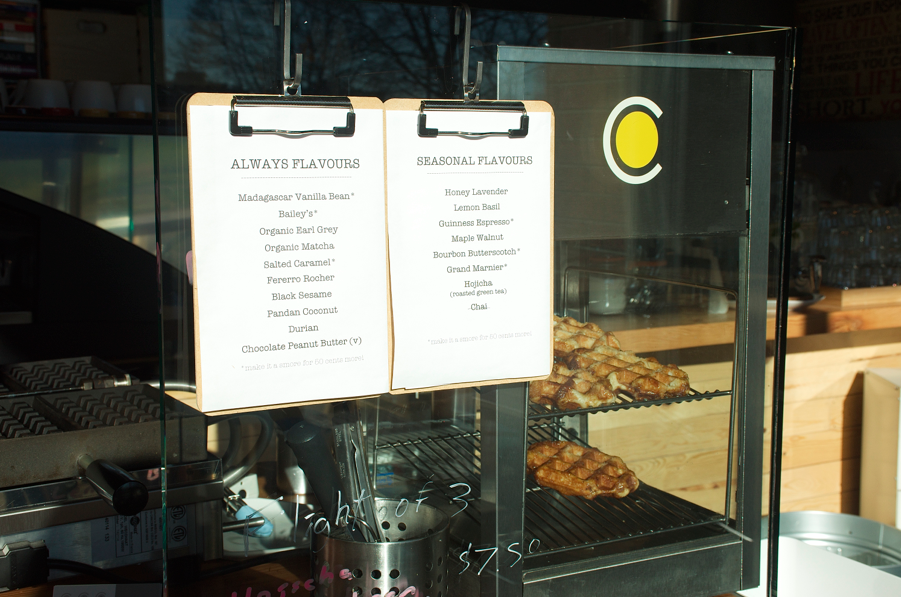 Incredible selection of flavours *bravo Daniel!!*
I am so coming back for the honey lavender, pandan, and durian!! :D 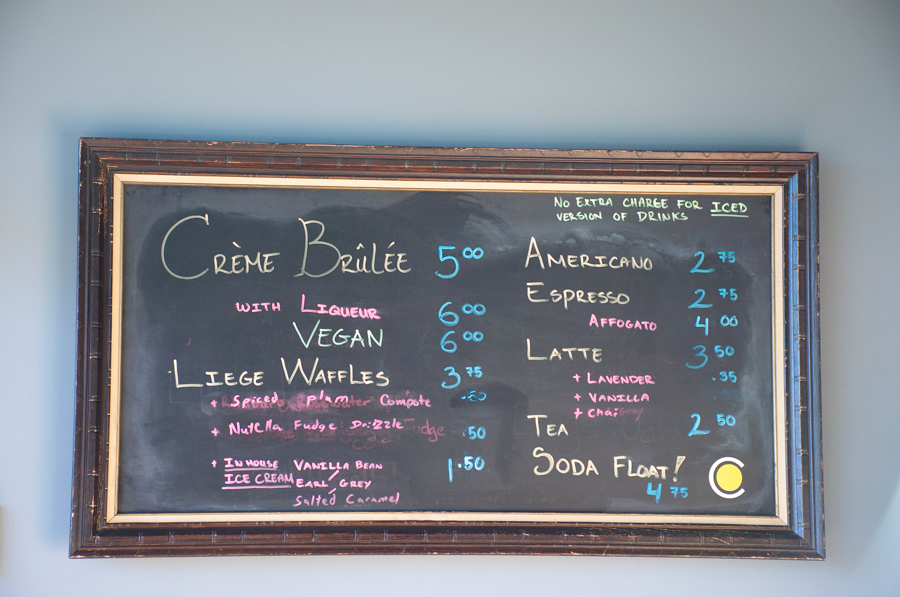 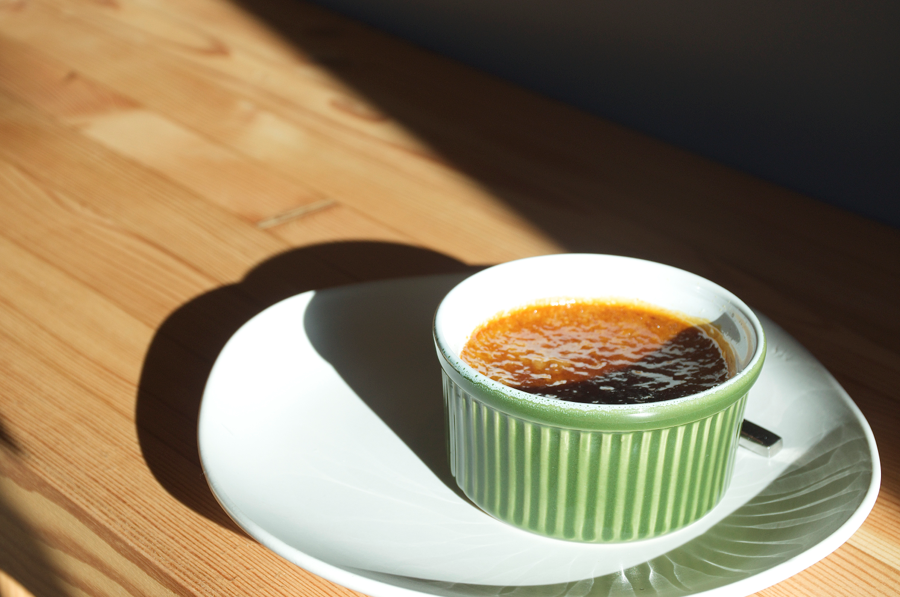 Earl Grey
3.5/5 stars
This was awesome!! The first time I went I tried one of their most popular flavours, their earl grey! The earl grey flavour was really potent, and the brûlée itself was super smooth, rich, and creamy! It wasnt too sweet either! He torches the top before giving it to you which makes the top layer hard and crunchy, which is the best part! :D 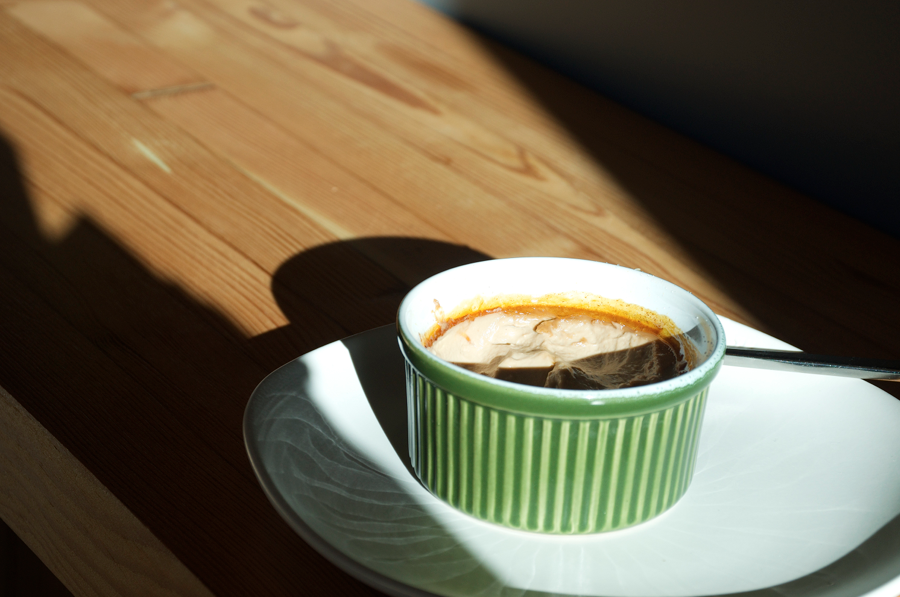 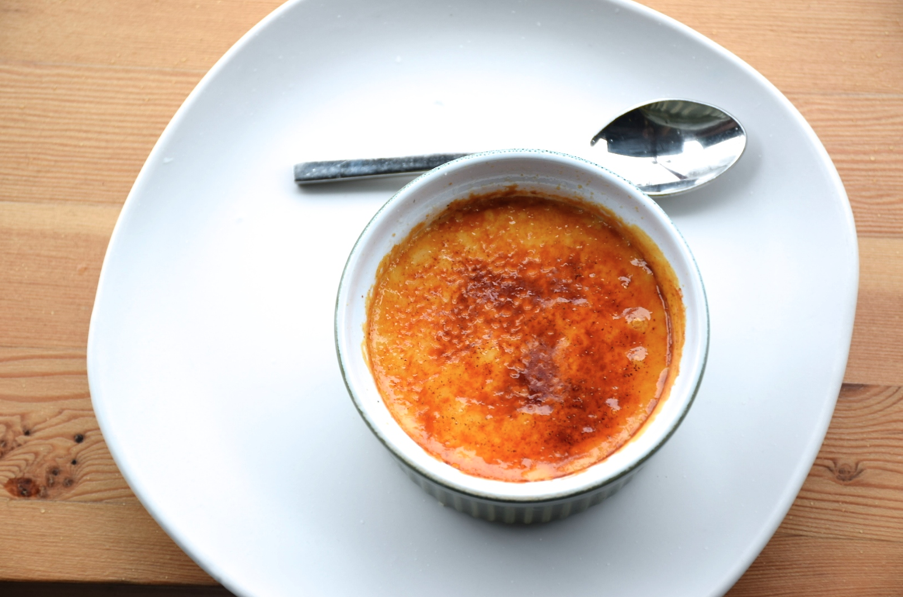 Sorry for the bad picture quality, I was able to retrieve my photos from my damaged sd card but the photos turned out blurry :(

4/5 stars
Wow, this was even better than the earl grey flavour I had last time! The coconut milk just made it that much better. The passionfruit was super strong, and tasted like real passionfruit! The coconut milk was sublime: rich, smooth, and very coconut-y! Like all of his creme brulee's, the top layer is really crunchy and tastes toasted hehe. 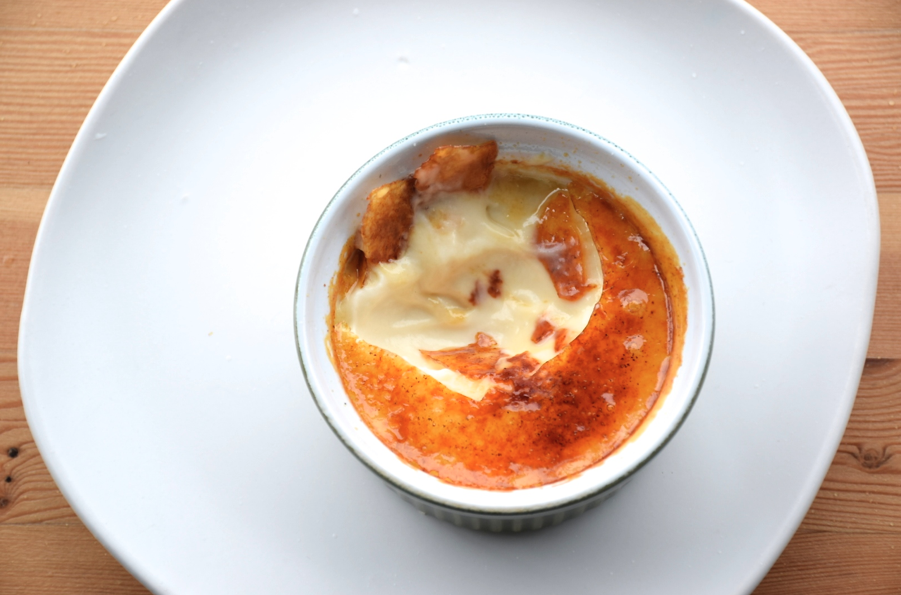