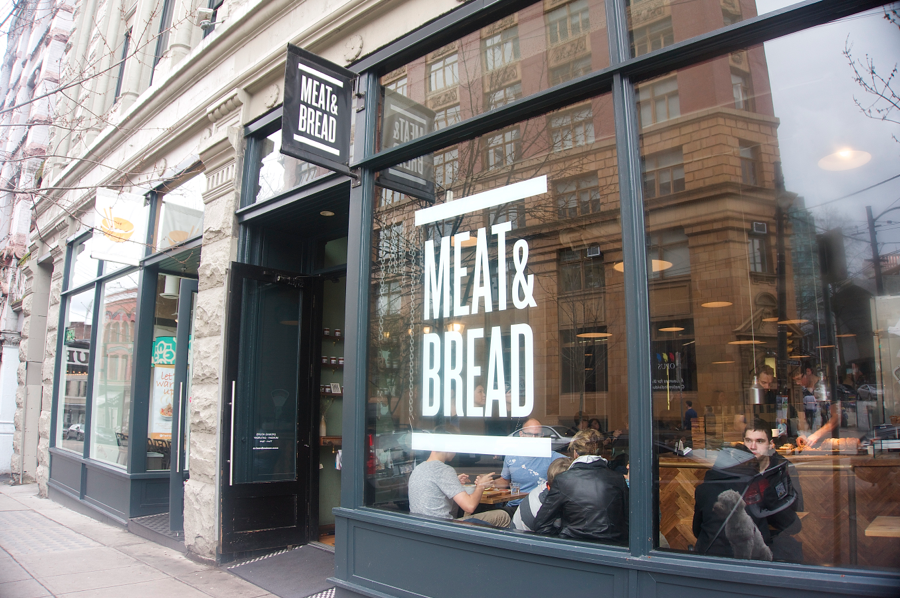 Yesterday I got a coupon for McDonald's in the mail, which got me thinking about...no, not a big mac LOL...
getting a sandwich!!
Actually, I haven't eaten McDonalds since 2013 so maybe I should put that coupon to good use LOL! I don't even remember what a McDonalds burger tastes like. All I remember is liking their fillet o'fish ;)  Oh, their fries aren't bad either (Should I be ashamed I'm admitting this?) Or ashamed of the fact that I'm mentioning McDonald's and Meat&Bread in the same post? ...
But since it was such a nice day outside I decided to pass up mall food and headed downtown to scout for some eats! :3
I'm probably the last food blogger to eat at Meat& Bread haha...I've passed by a dozen times but never actually got around to trying it!

Today their saturday special was a Teriyaki Beef w/ Five Spice Ginger Aioli, Daikon, Pea Tips Sandwich, which sounded SO good!! Especially with the 5 spice ginger aioli!! Their specials change daily so you could theoretically eat here everyday and never eat the same sandwich!
The staff here are all so nice, especially the hostesses! So yea, you got me Meat & Bread. Not only can you make a killer sandwich, you're humble about it too...none of that hipsta snobbery here LOL :D

So I ended up ordering a porchetta first (of course) but after I finished it I was still hungry so I got a... 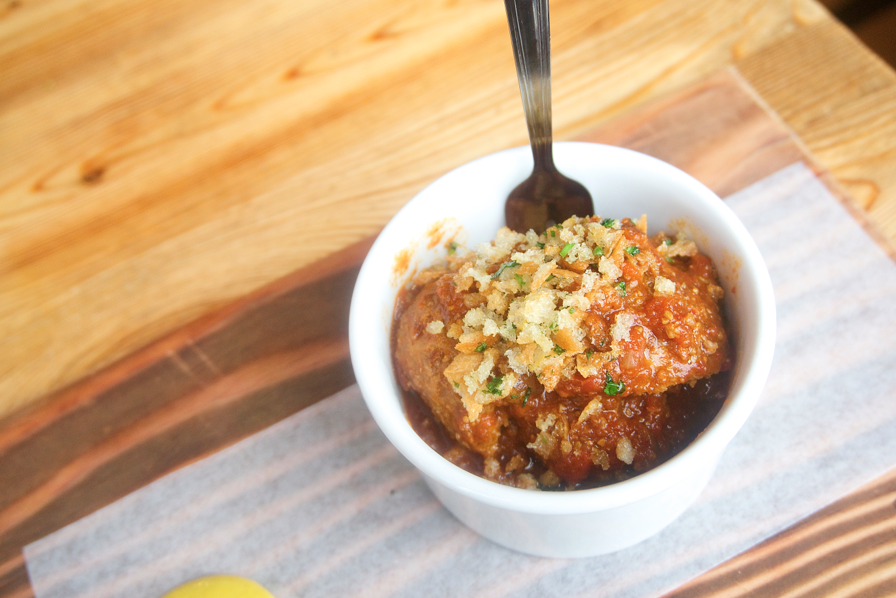 A "bread less" meatball sandwich hehe... with 3 meatballs minus the bread! Since I had already eaten a porchetta I didn't want to eat another sandwich lol, so I ordered it without the bread! It still cost me $9 tho :(   Butt, it was so worth it!! The meatballs were delish! They were soft, moist, juicy...the sauce was tart and the samba was mildly spicy without being overwhelming. The croutons with olive oil was a nice touch, it helped add an extra layer of flavour and complimented the sauce really well! 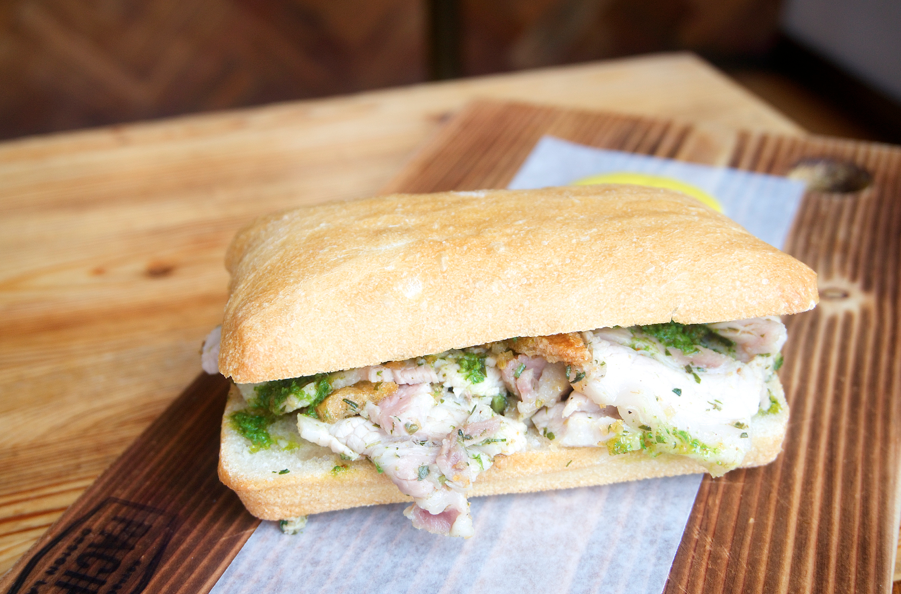 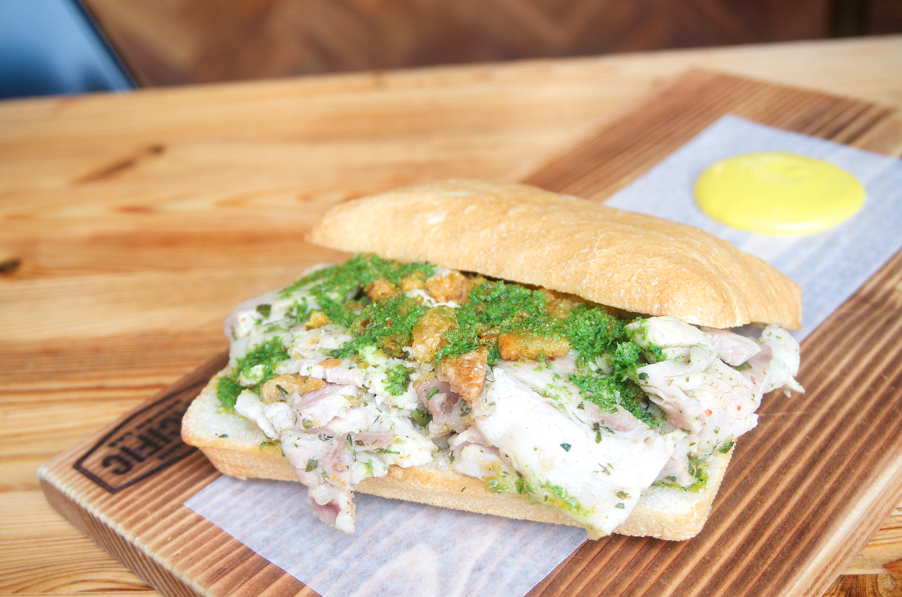 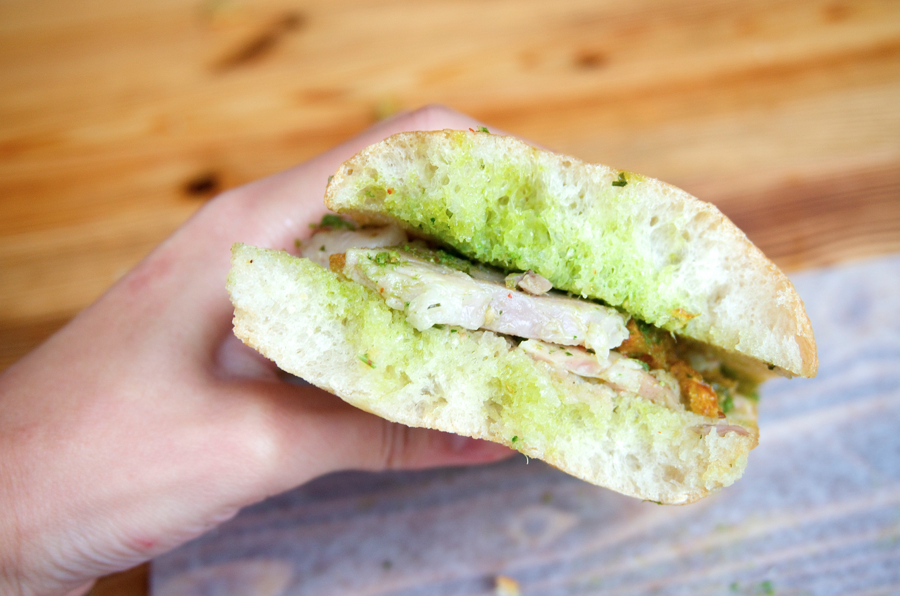 The porchetta did not disappoint! The pork was super tender and the pork crackling bits were BOMB hehe. The salsa de verde made the sandwich very flavour and gave it an extra touch of spice. Tthe ciabetta bread was crunchy on the outside, moist and *qq* on the inside! Their house made mustard was really good as well, it was grainy and you could really taste the mustard seeds haha, but imo the sandwich really didn't need it because it was already well seasoned on its own! 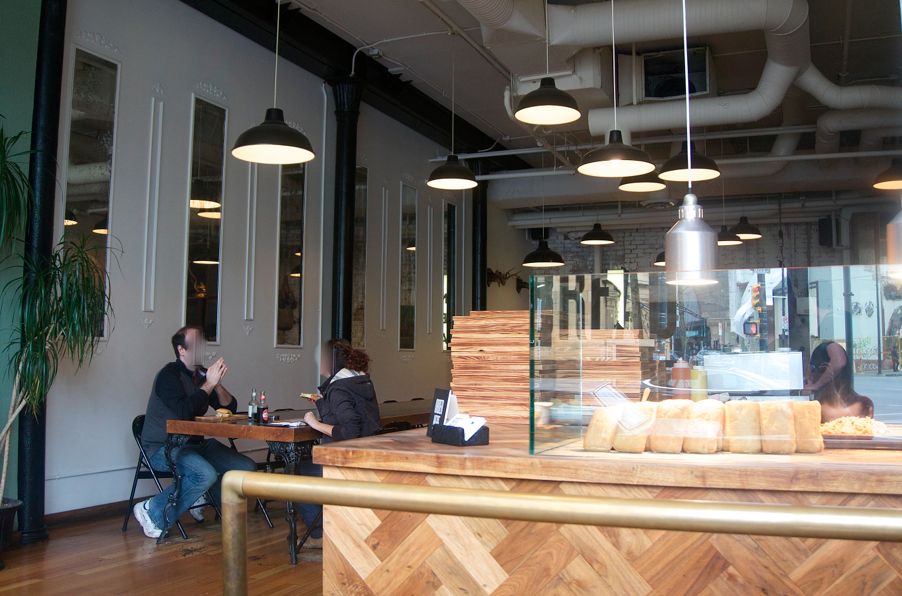 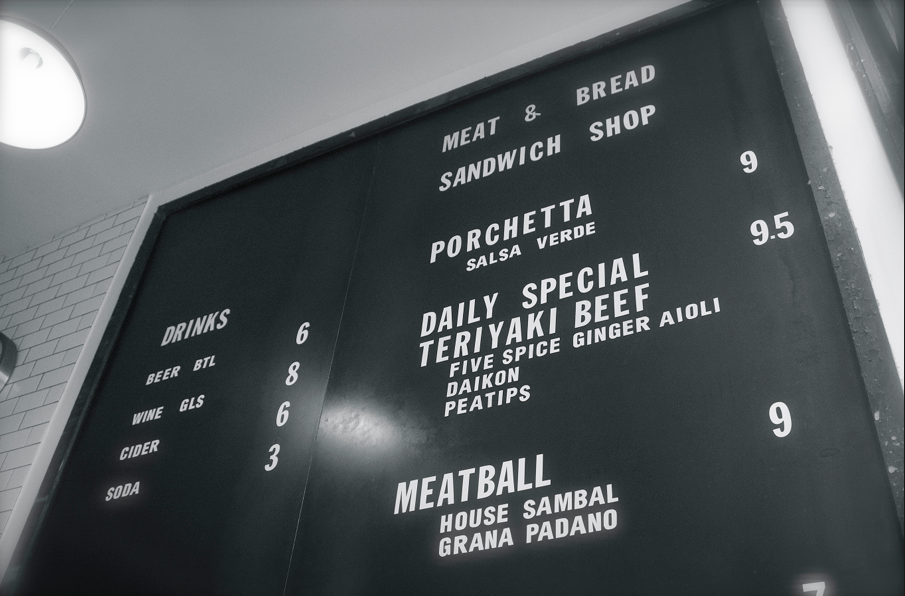 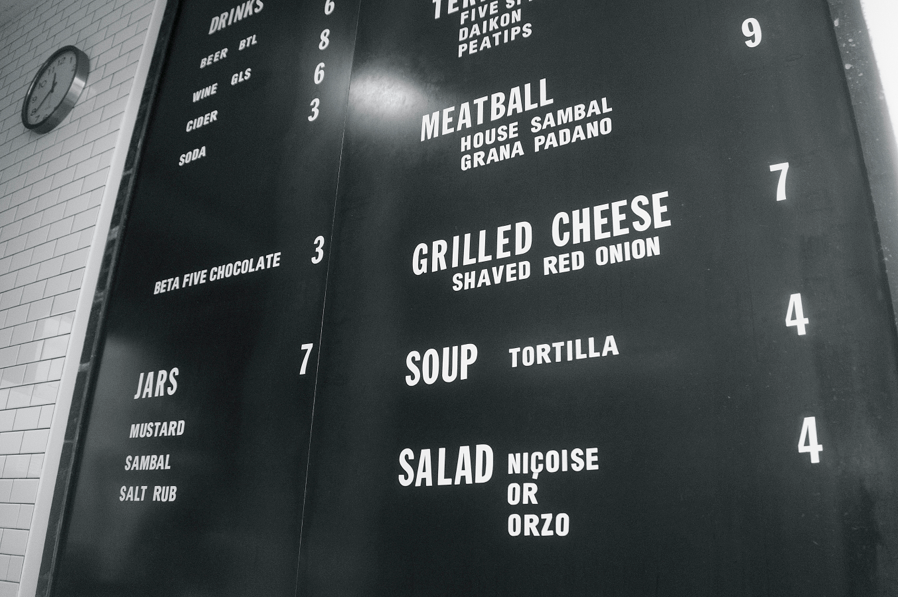 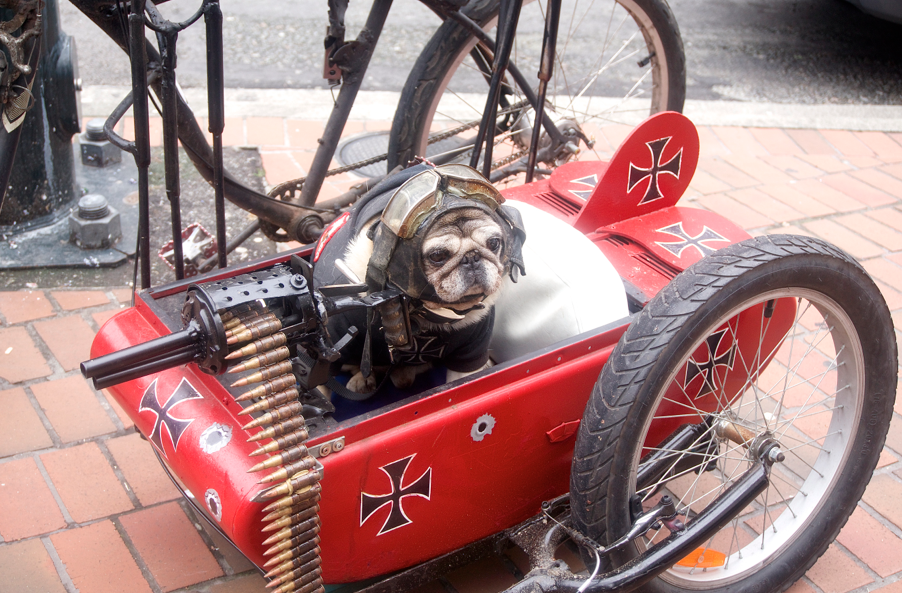 LOL well hello there, my friend!! Look who I spotted when I was walking around in Gastown!! :D