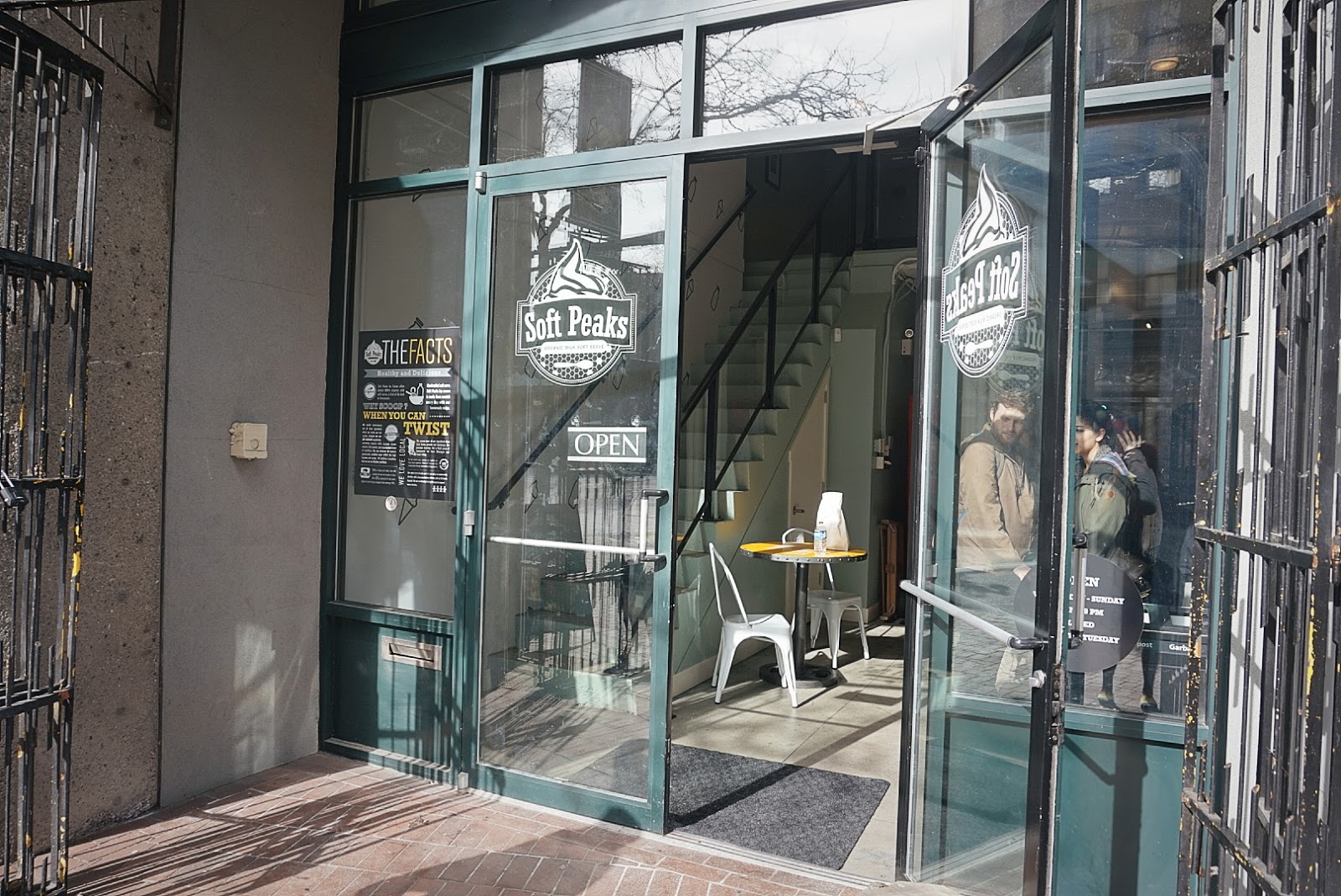 Oh Soft Peaks, I kept seeing reoccurring pictures of your swirly peaks on social media, and I just couldn't resist. Darn you instagram!! ;)

I go in, eyes shining and all. I zone in on the Himalayan salt flavour.
"What syrup would you like on top?"
"I don't know, which one is the most popular?"
"Most people go with chocolate"
"I'll get honey."

I hand over my $5. After 2 mins I retrieve my soft serve from the counter and gleefully start taking pictures from every angle.
After a few shots, I take a lick.
"OMG."
Who knew salt on ice cream would taste so good?!!
Wait.
My tongue starts itching.
"No!!!!"
I look around frantically in a moment of panic.
I spot an ingredients list on the wall.
100% Organic Milk.
No preservatives.
What could it be then?
Dread washes over me.
Why must I be so allergy prone?!!
I look miserably at my now half melted ice cream.
I gingerly pick up the cup, and the soft serve drips on to my phone.
"In the trash you go." 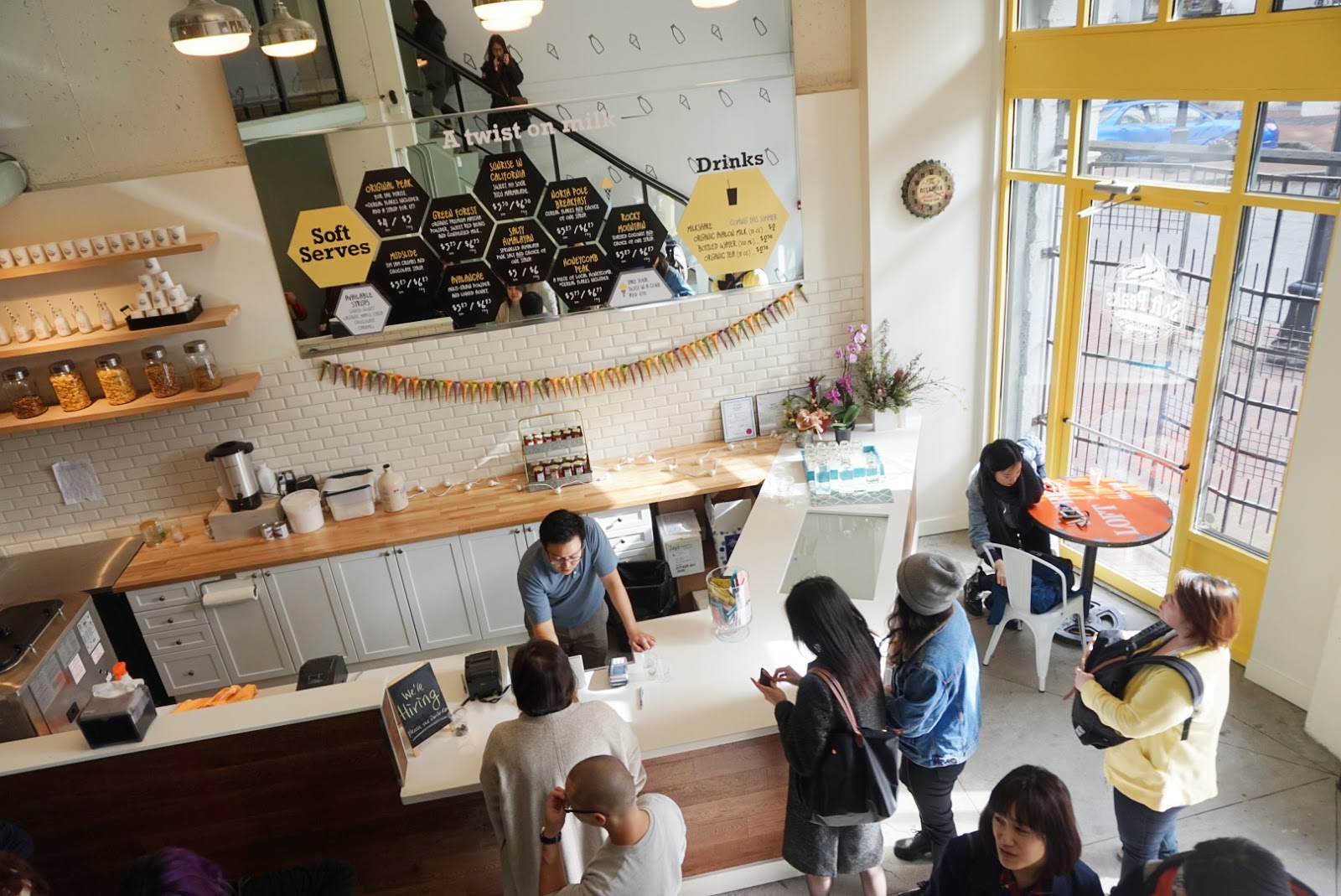 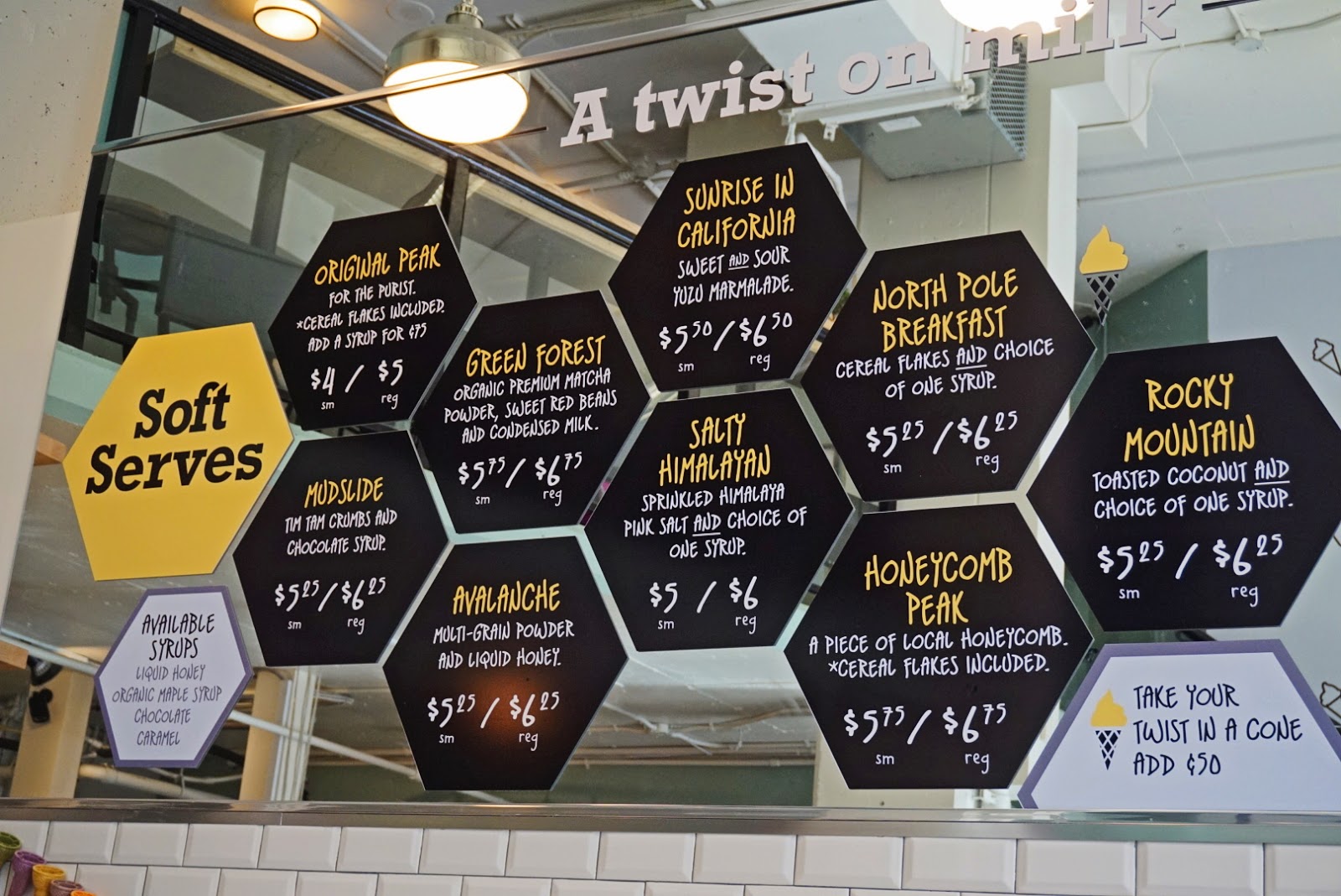 Whoever did their branding did a really good job!! :D 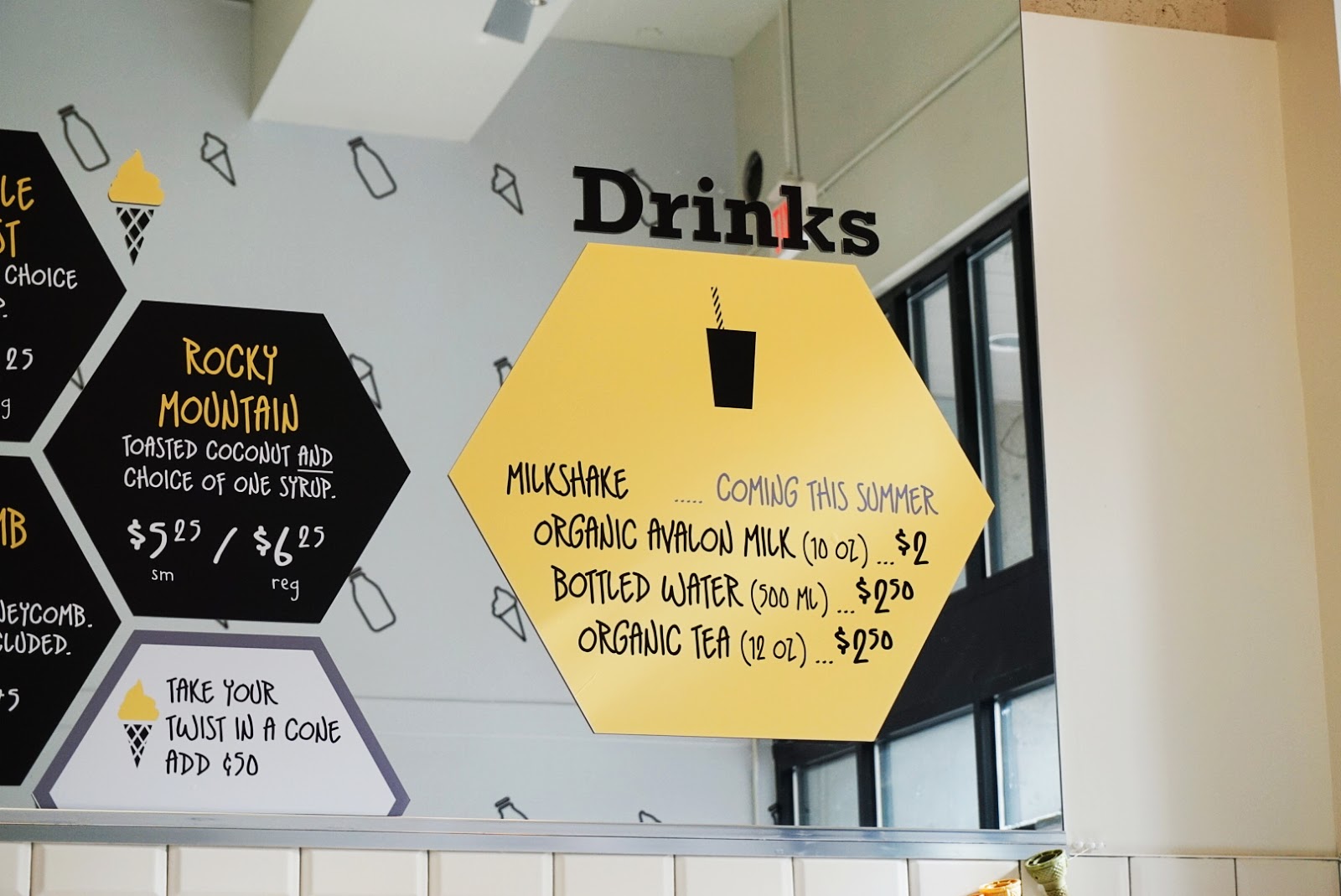 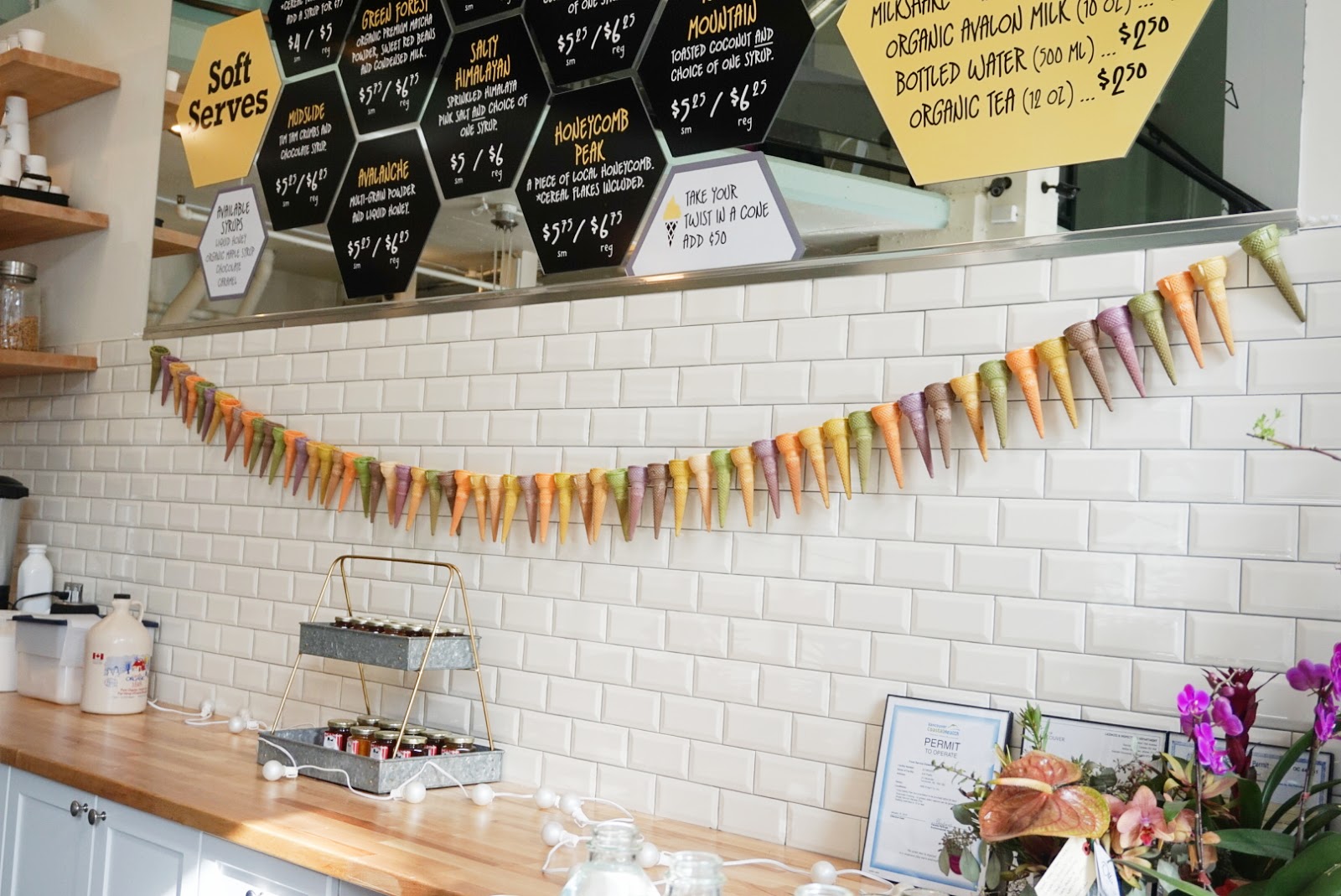 The colour of the cones are virtually identical to Honey Creme's haha! 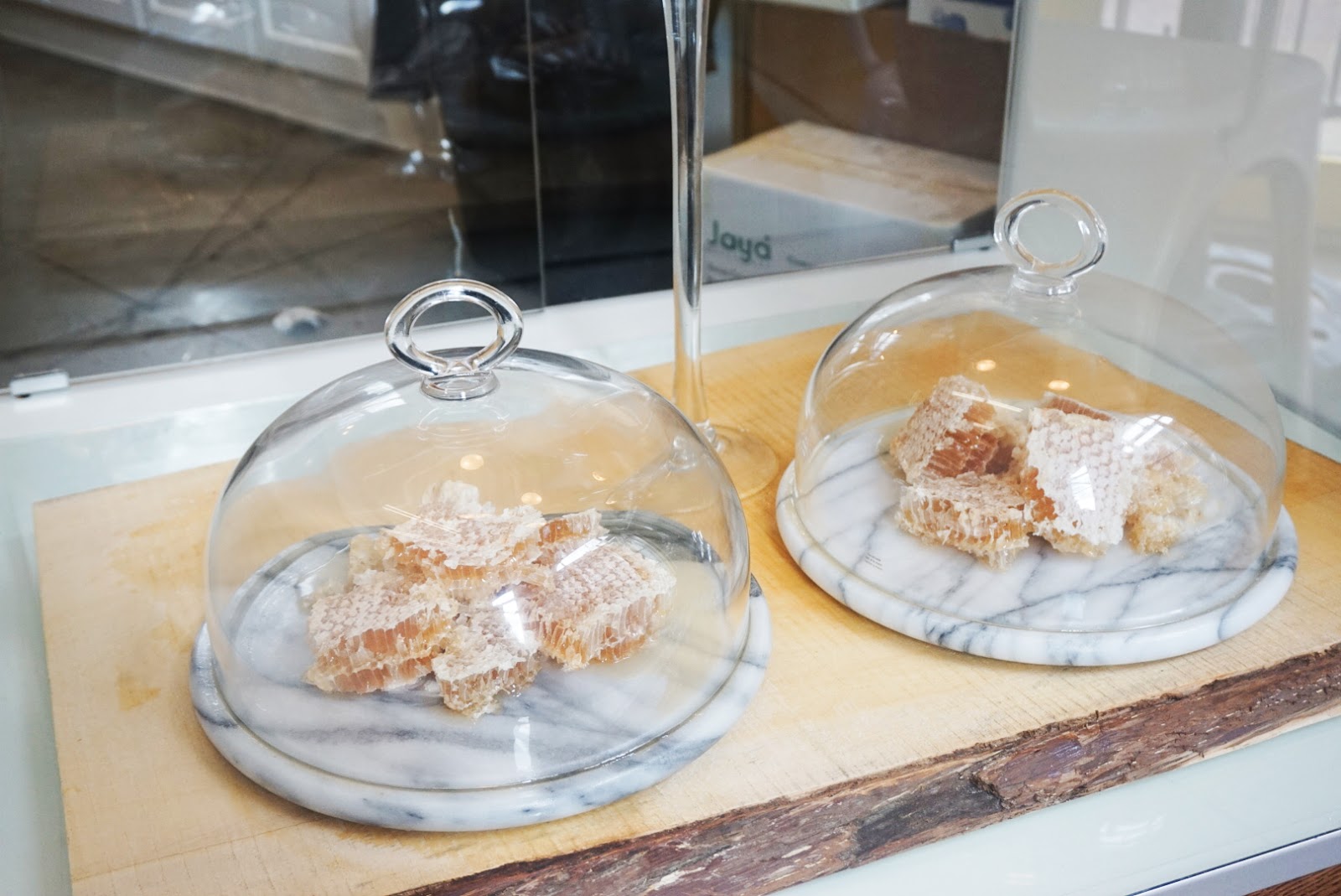 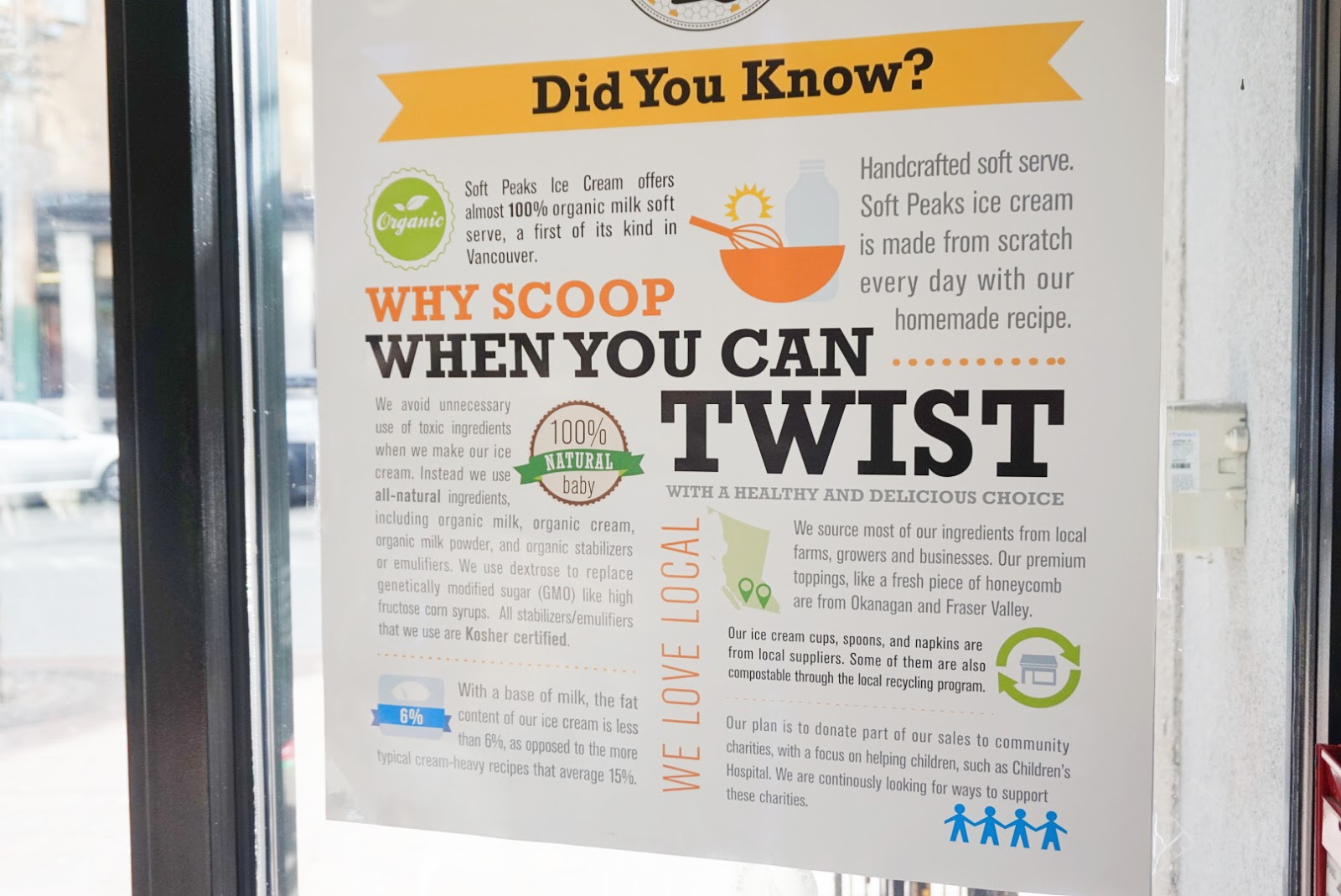 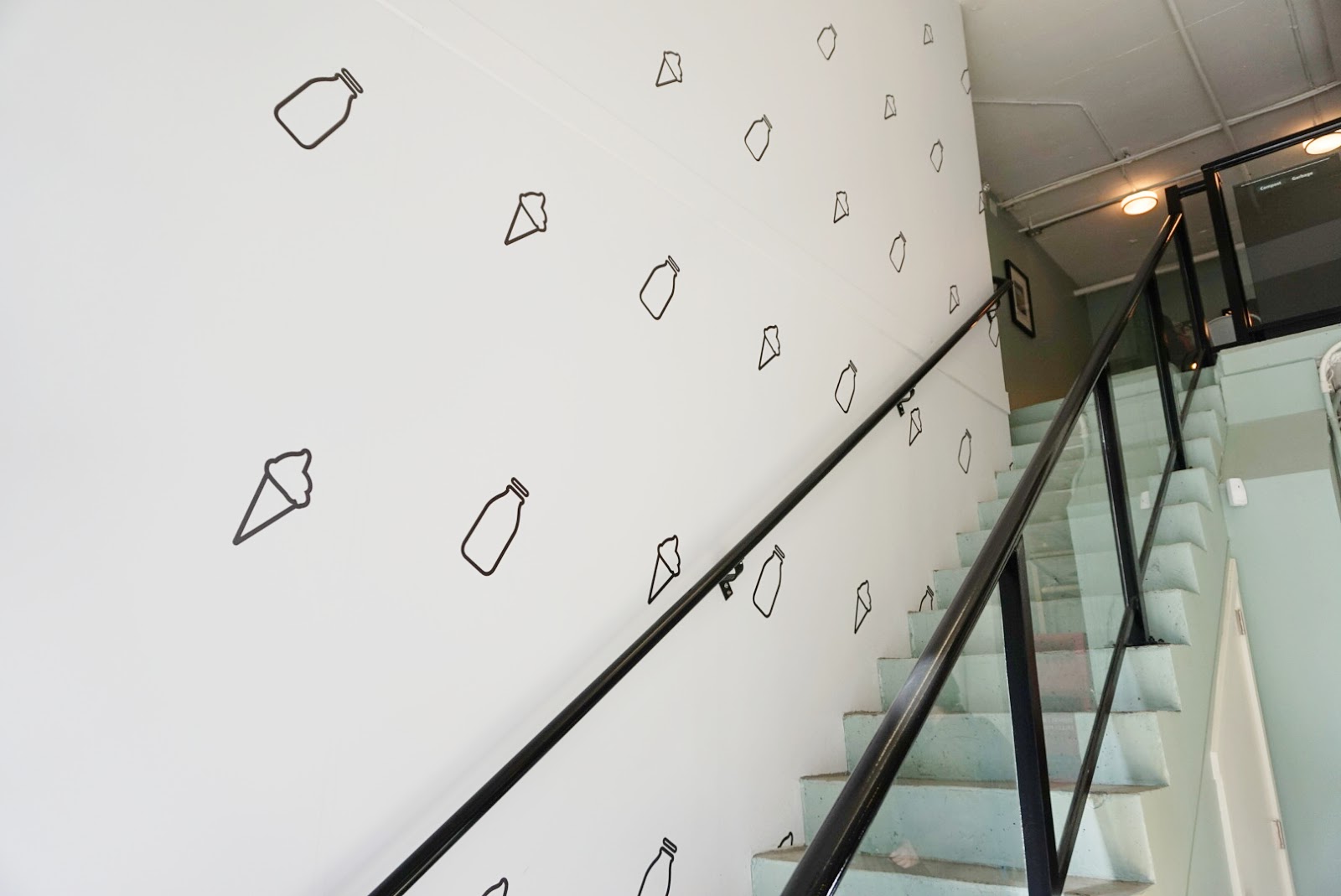 How cute are the little icecream/milk bottle decals?! 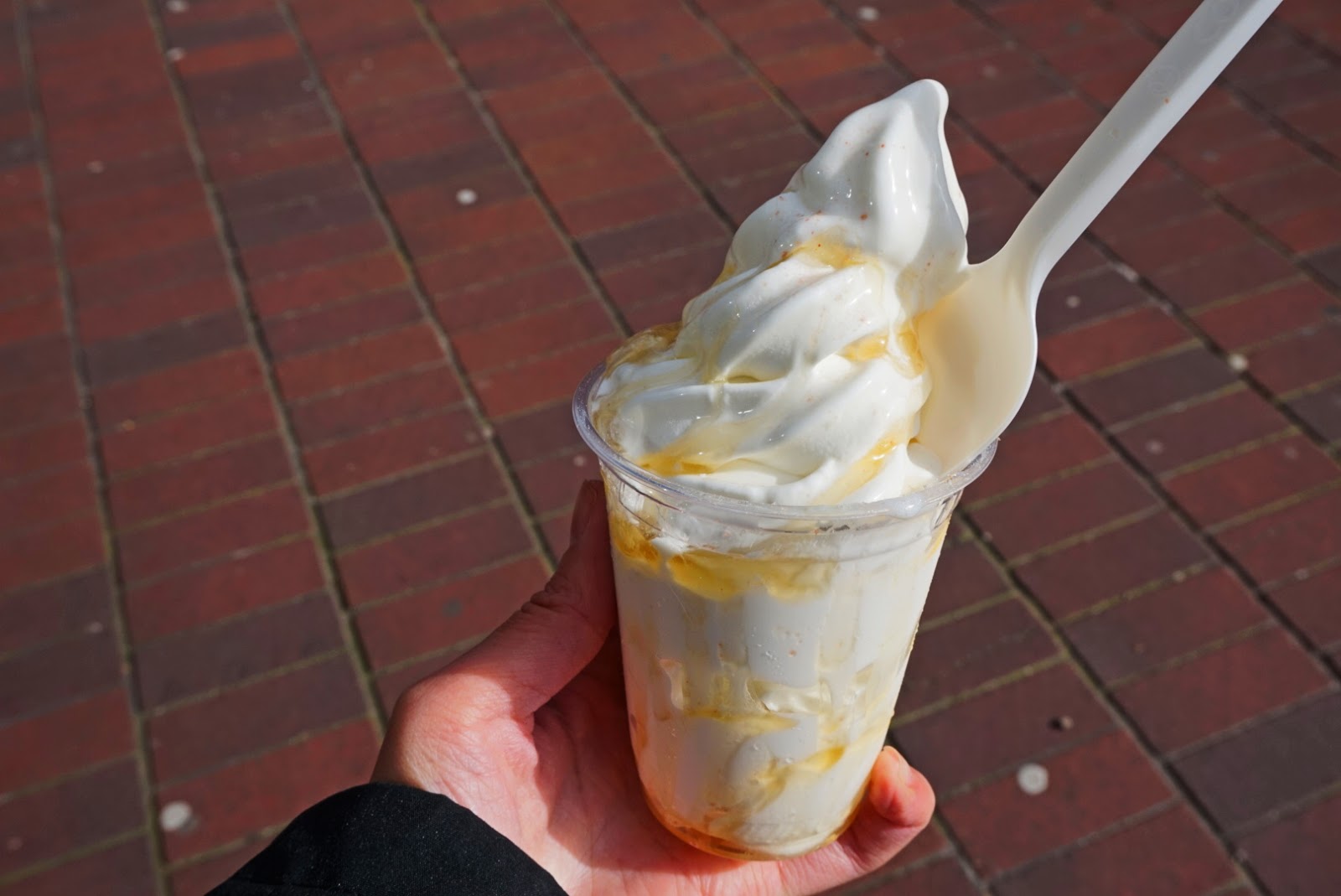 Himalayan Salt w/ Honey $5
3.5/5 stars
Even though I only had a bite (because turns out I was allergic to it) it was really yummy!! The salt paired perfectly with the sweetness/tanginess of the soft serve!! If you like sweet/savoury combos, this is your flavour!! The soft serve itself was quite thick and creamy! The honey drizzle made the entire thing really sticky lol, and you couldn't really taste that much of the honey because it was overwhelmed by the other flavours. 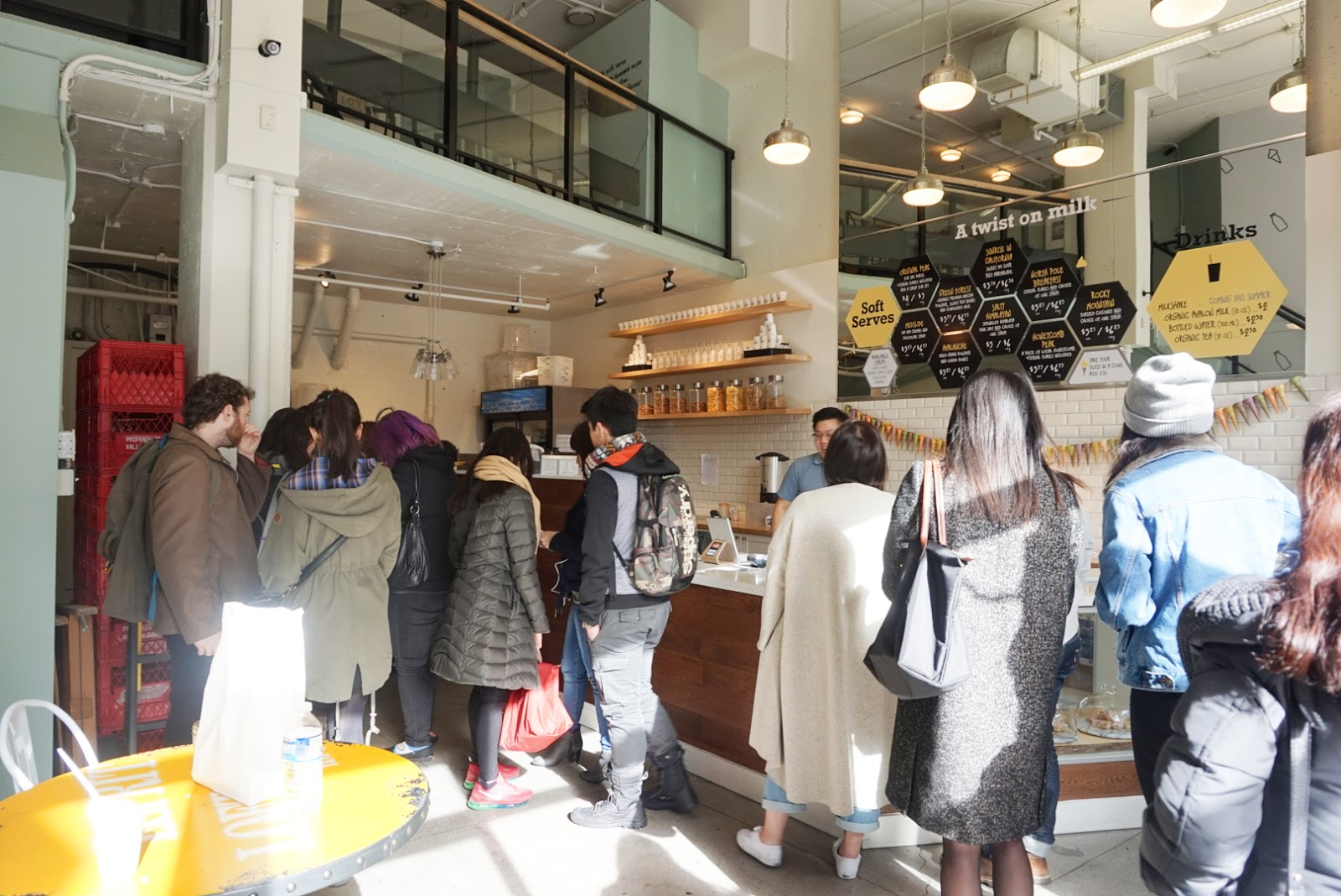 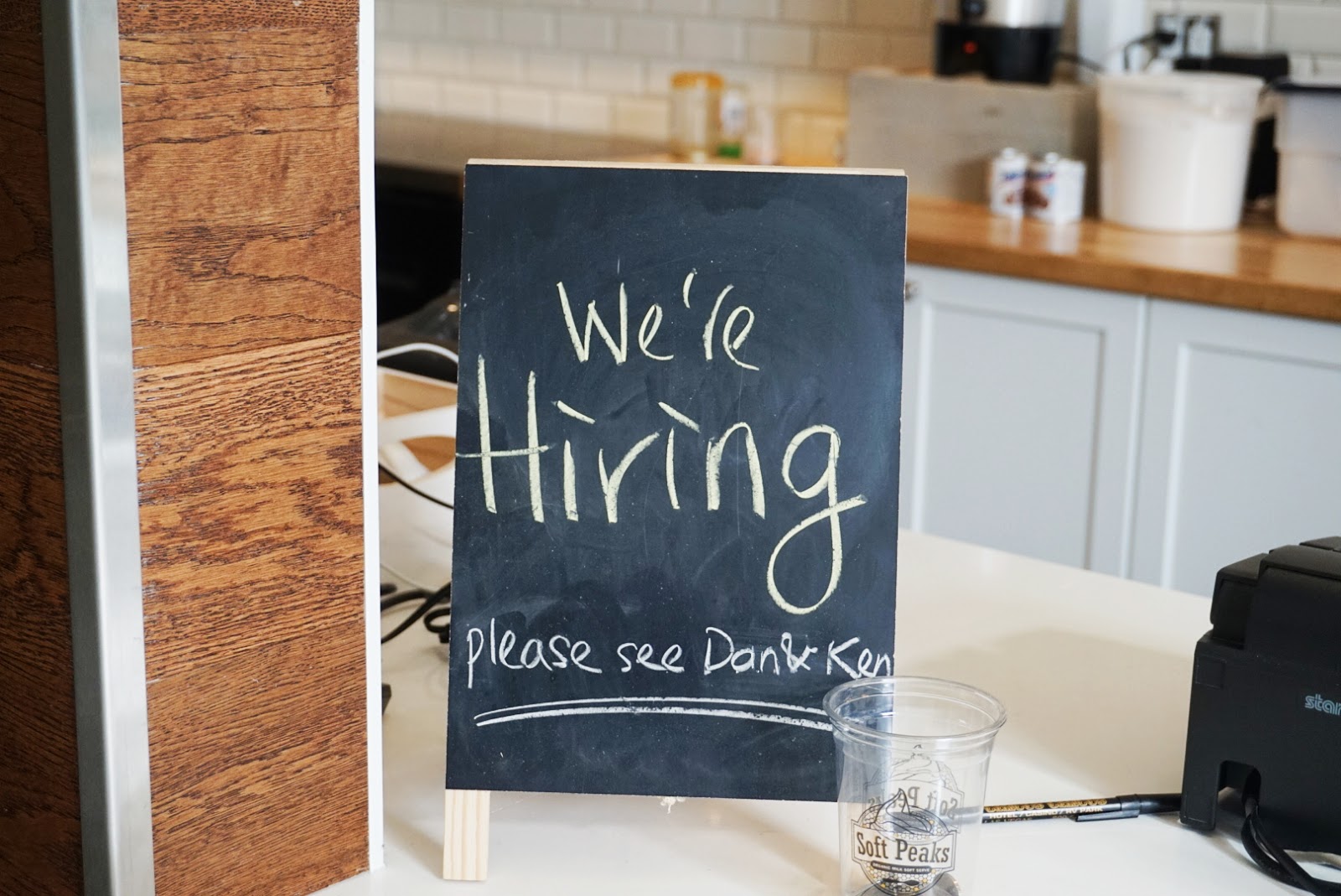 Just in case you're looking for a job lol!! Get your applications in!! ;) 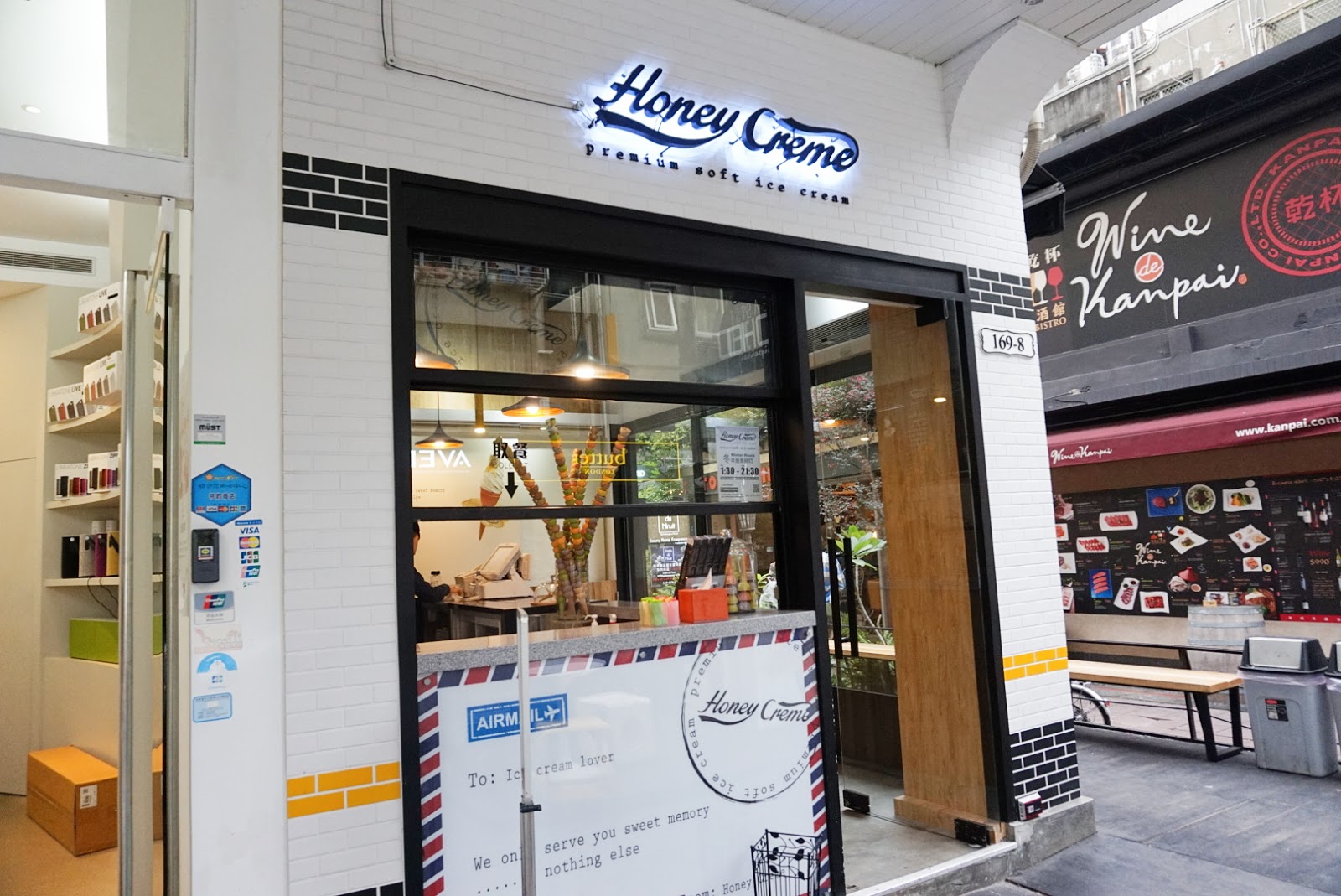 Soo, since I ate at Honey Creme a few weeks ago in Taipei, I thought I would compare it to Soft Peaks since they're really similar!  Honey Creme is a famous chain from Korea with locations all over Asia!! 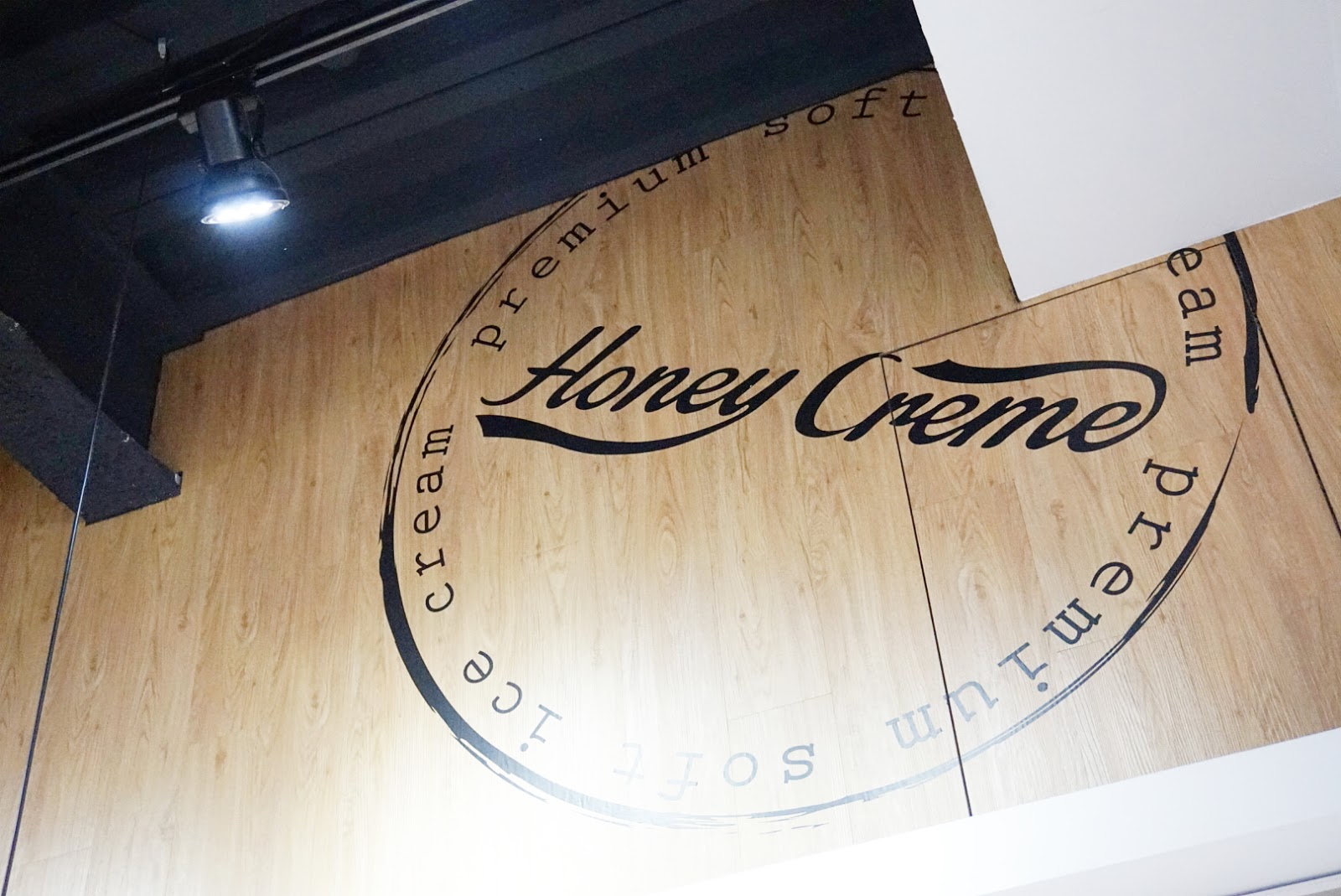 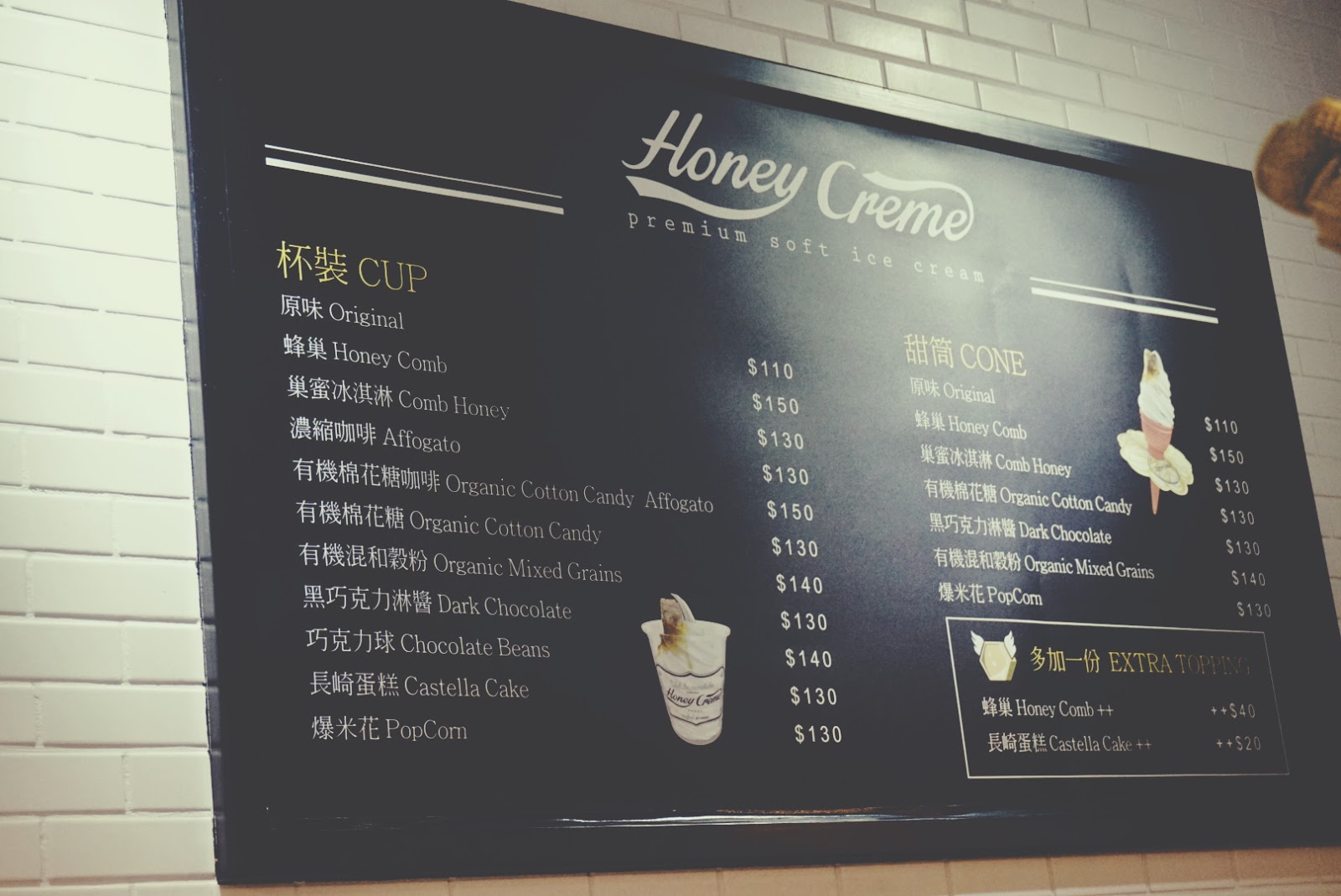 What they charge for soft serve is considered really expensive in Taipei!! 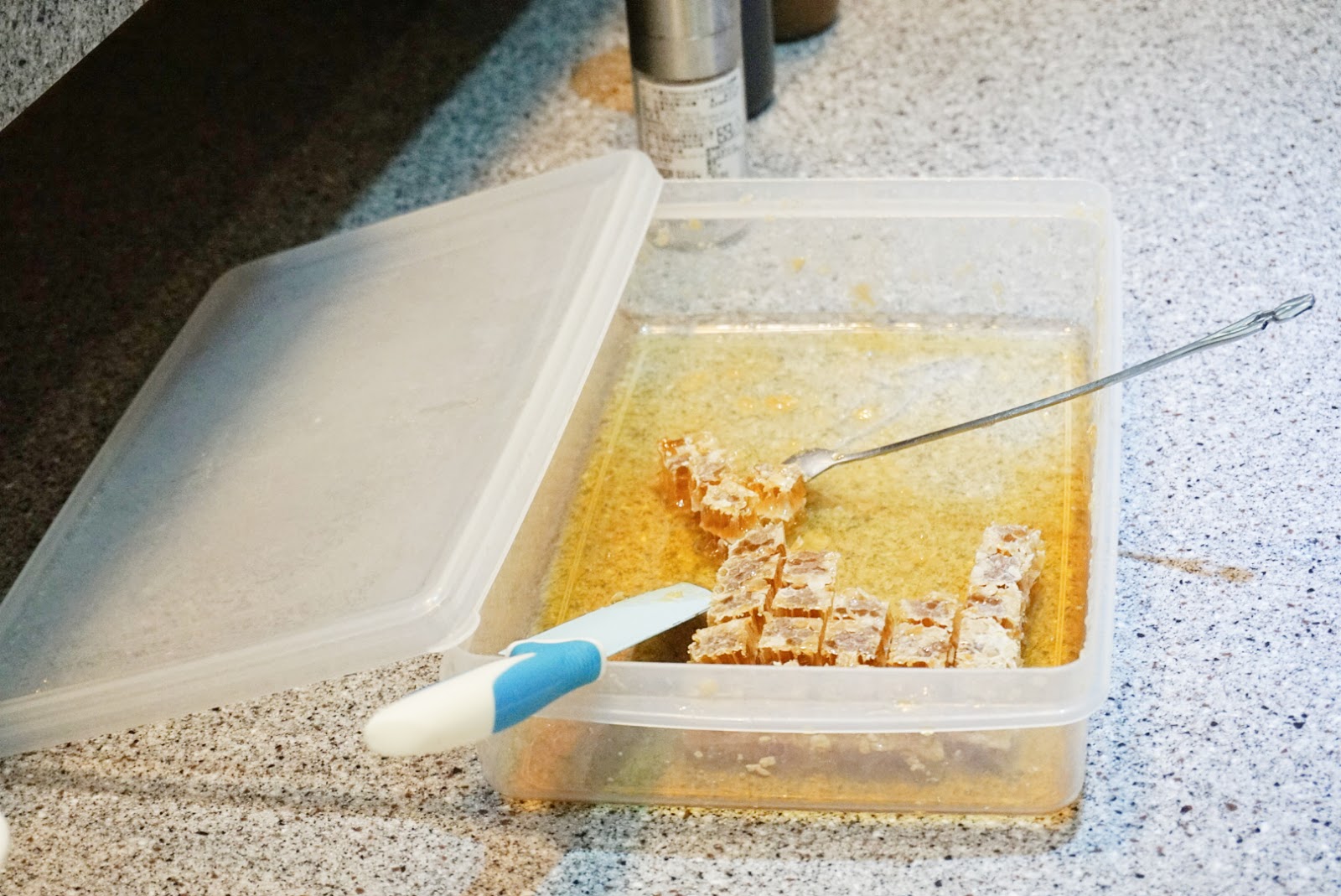 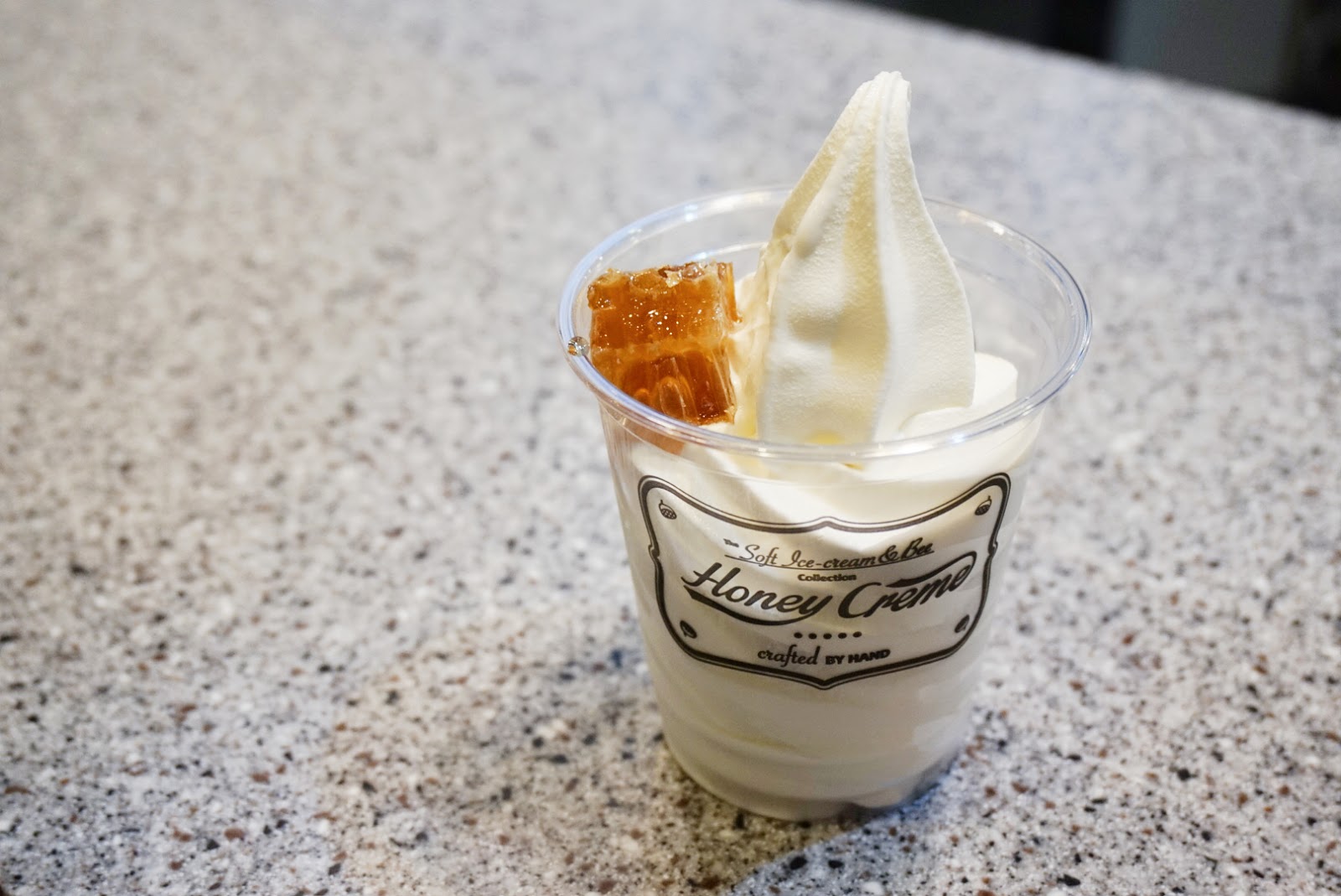 Original HoneyComb
4/5 stars
Wow, this was awesome!! I like it alot better than Soft Peaks haha. (Kay, I may be a bit biased) since I'm allergic to soft peaks LOL. Honey Creme's soft serve is super creamy, smooth, and it actually tastes like condensed milk!! The honeycomb piece was really big! It didn't taste that sweet because the honey flavour was overwelmed by the soft serve, but I didn't even mind because the soft serve itself was so good!! :D 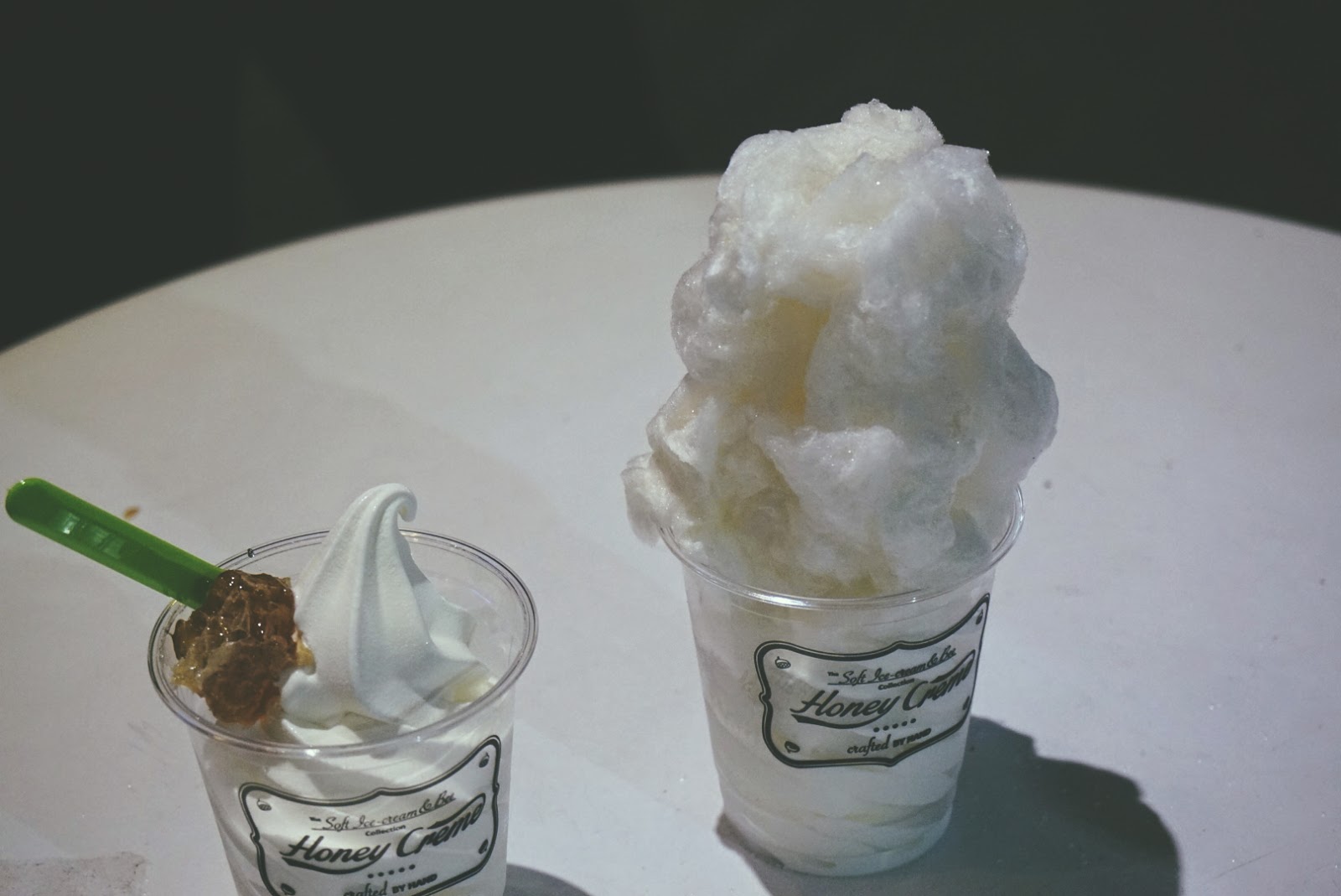 I saw someone order their cotton candy flavour, so I asked if I take a picture!! :D 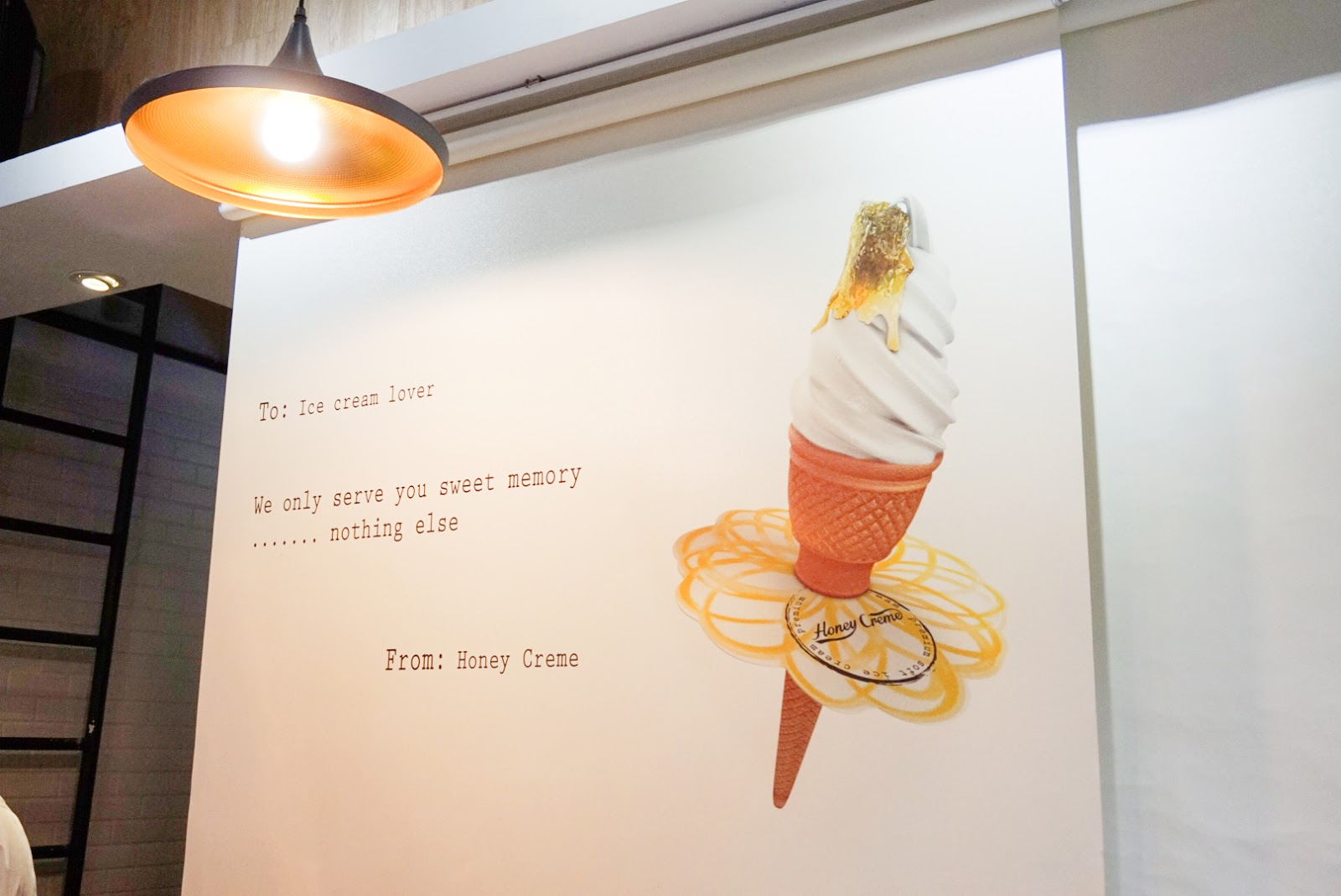 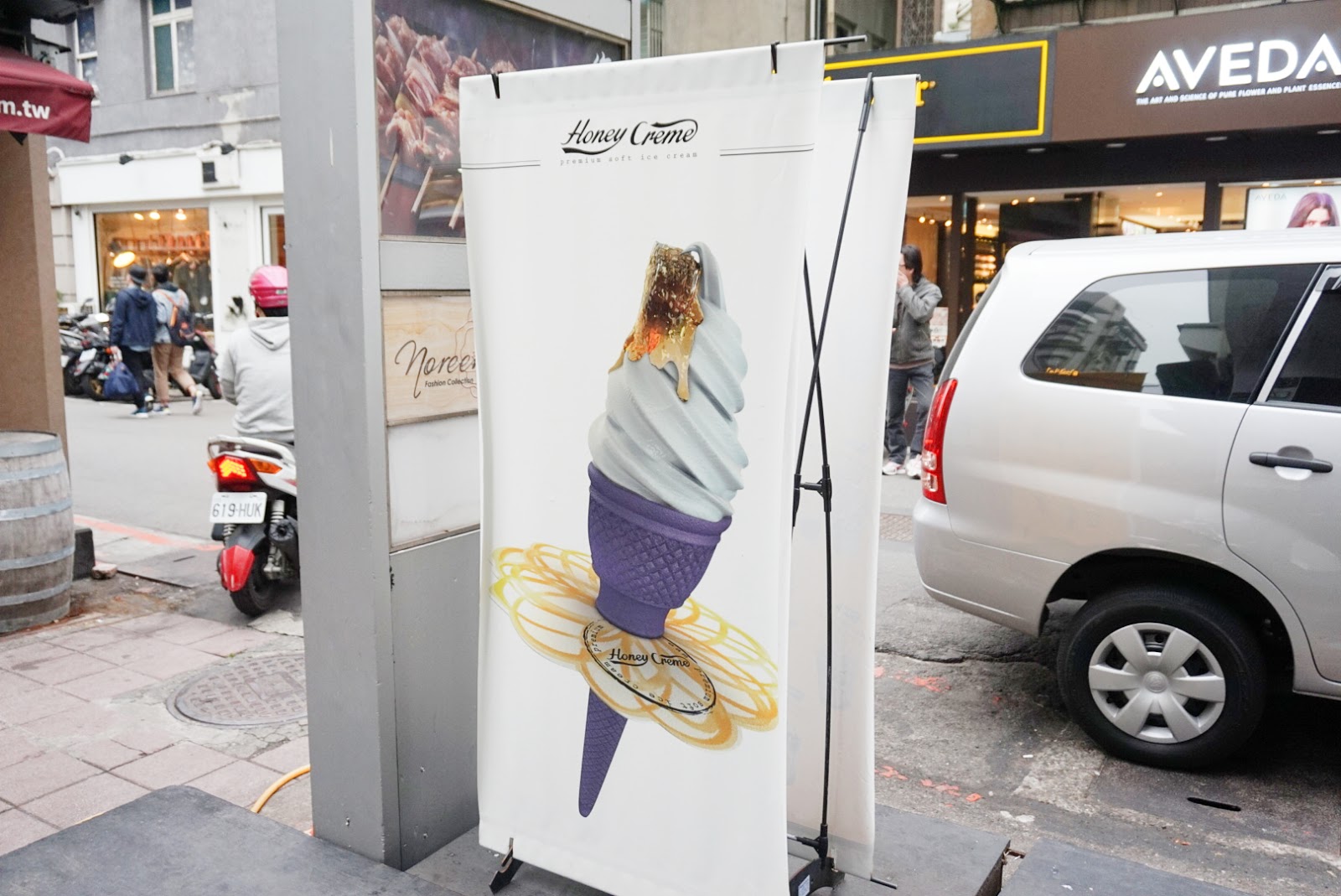