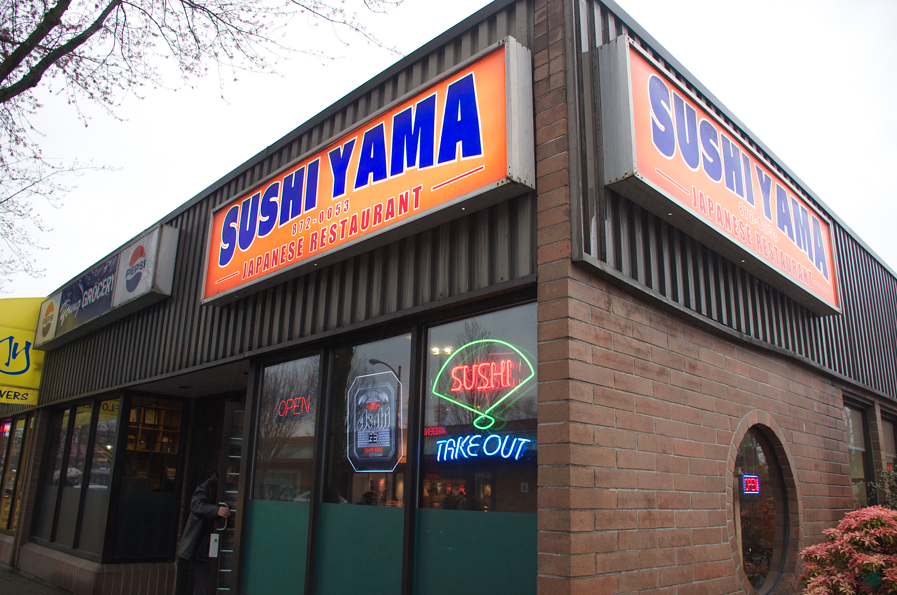 I haven't eaten rice in weeks. I can never go too long without eating rice...I'M ASIAN OKAY...I need ma rice! ;)

If you look at my posts from the past week you'll see that I haven't eaten asian rice in over a week LOL. Honestly the first few days were weird. You kind of go through a period of withdrawal. You're not hungry, but you're still not satiated. Bread just isn't the same! Who's with me?! ;)

How long can I go without eating rice?  The answer? Not long. I'm weak okay. Hey, can you blame me? This gal over here was raised on 4 daily bowls of rice (I was a big eater...still am hehe) At the end of the day...there really is nothing more comforting than an good ol' bowl of plain white rice!

Soo today I (finally) got my fix of rice at Sushiyama (I had some at yum cha too) and all is right in the world again!!

After running errands near Broadway with my dad yesterday, we went to grab some dinner before heading home because it was getting pretty late (late as in 6 pm LOL)  Whenever I go out to eat with my dad it's either yum cha or Japanese food, and since it was already six, dim sum was obviously out of the question! So Japanese it was!  I took advantage of our location and decided to go to Sushiyama  which @LotusRapper recommended!

One of the best things about Sushiyama is that lunch and dinner is the same price! Most places raise their dinner prices by $2-5, but Sushiyama doesn't, which really appealed to my dad haha...after I told him about the prices he was completely sold! :D 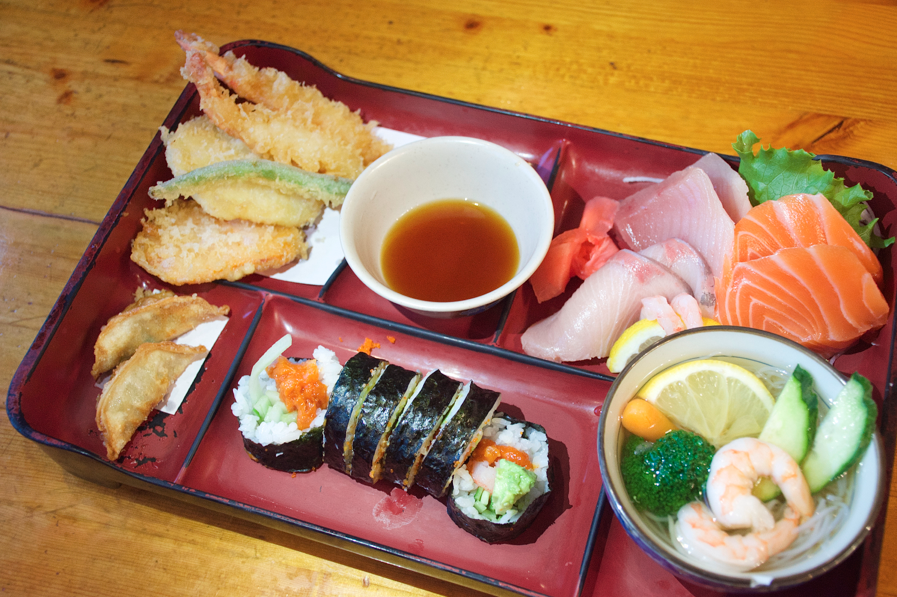 3.5/5 stars
So my dad, being predictable, stuck with his usual order of a house bento box LOL. That's pretty much his go to at every Japanese place we go to. He doesn't even look at the menu, he just orders the house bento box right away LOL... he's definitely not a foodie! ;)

Priced at $12.95 for a dinner box, this was a really great deal! Usually dinner combo boxes are anywhere from $13-$18!! The slabs of sashimi were really thick, and tasted really fresh (as fresh as frozen can get haha) and they even included amaebi and hamachi!!

I didn't try everything but I did try the sushi roll and the salmon sashimi, but my dad seemed really happy with his bento box because he didn't have any complaints! 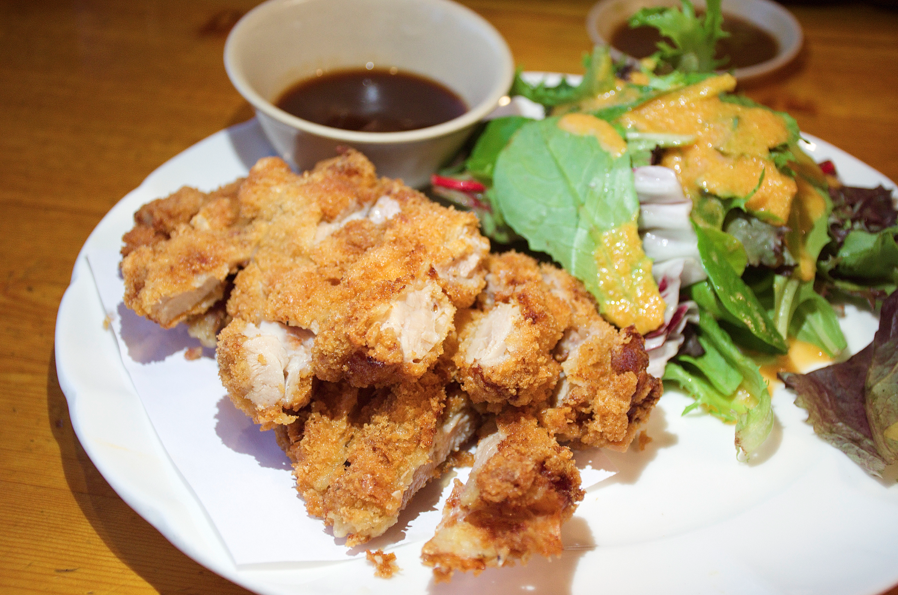 Ever since uber foodie @LotusRapper said that Sushiyama's Katsu is a *must try* I've been itching to try it out...cause you know I lovee my fried meat!!
I went with the chicken version because LotusRapper warned that the tonkatsu version is drier, and he was right!
They give you 2 pieces instead of one, stacked on top of each other!! The breading was really light rendering the exterior nice and crispy! The inside was juicy and the chicken wasn't dry at all!! It came with a generous amount of ponzu dipping sauce on the side which I gladly dipped my chicken in hehe...ponzu sauce is the best!! Ponzu is basically a mixture of rice vinegar, lime juice, mirin, and soy sauce!! The mirin flavour was really intense in this one!
The combo also came with a organic salad on the side and a bowl of rice, dressed in a light cites dressing. They gave me a lot of rice on the side...perfect for rice buckets like me!! ;) 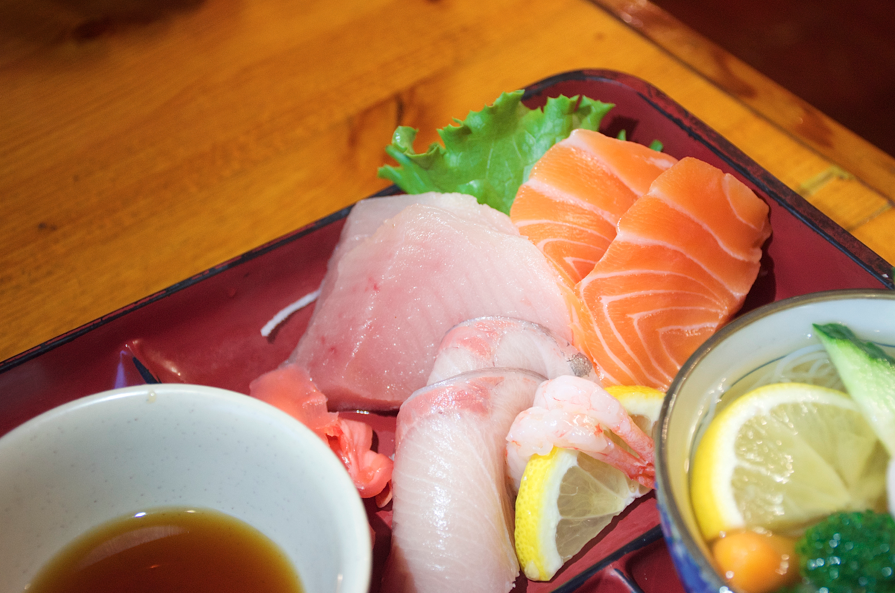 The slices were cut really thick! I liked how they included amaebi! :D 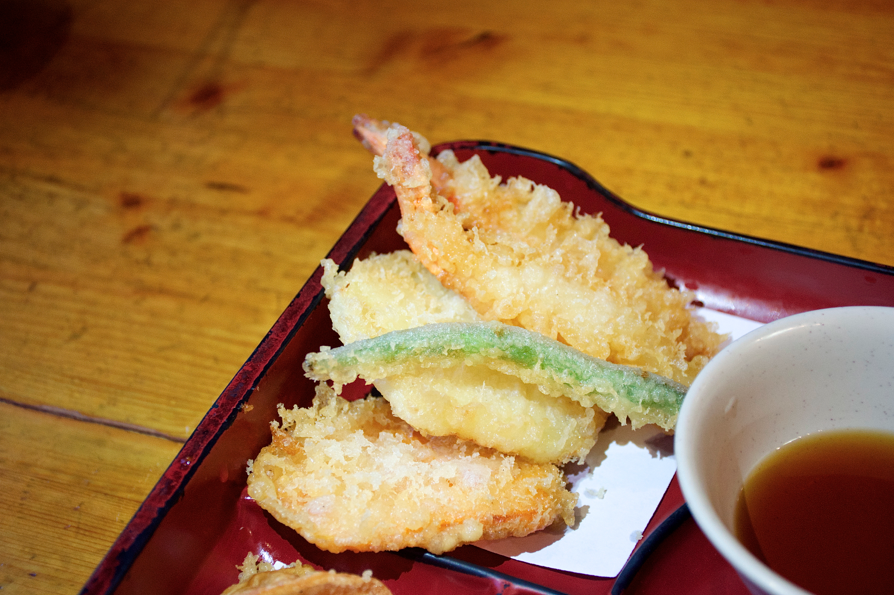 From the looks of it the tempura was really well executed...crispy, with a barely there coating of light batter!! :D 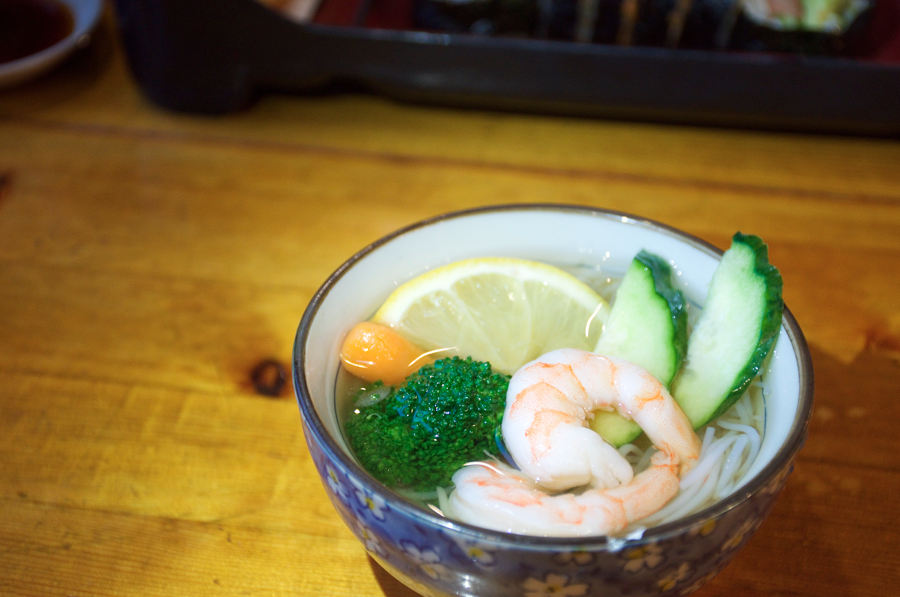 The ebi sumonomo!! My dad thought it was too sour and he ended up mixing it with some of my rice to cut out the sourness LOL! 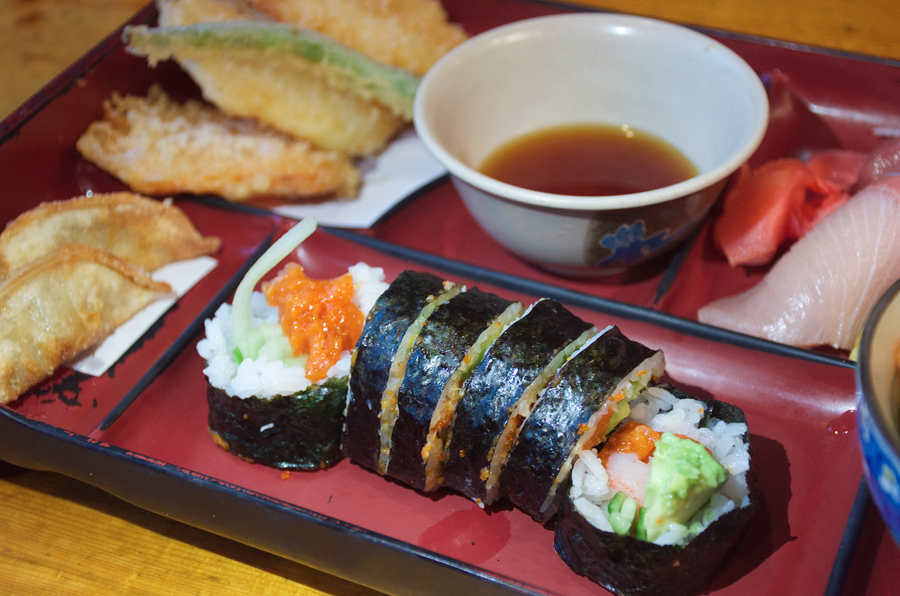 Spicy Salmon Roll
3.5/5 stars
I tried a piece of the SSR roll, and it was pretty tasty! The salmon chunks were pretty spicy, but it was balanced out my the creaminess of the avocado and imitation crab!! I liked how the roll was a maki so there wasn't too much rice! :D 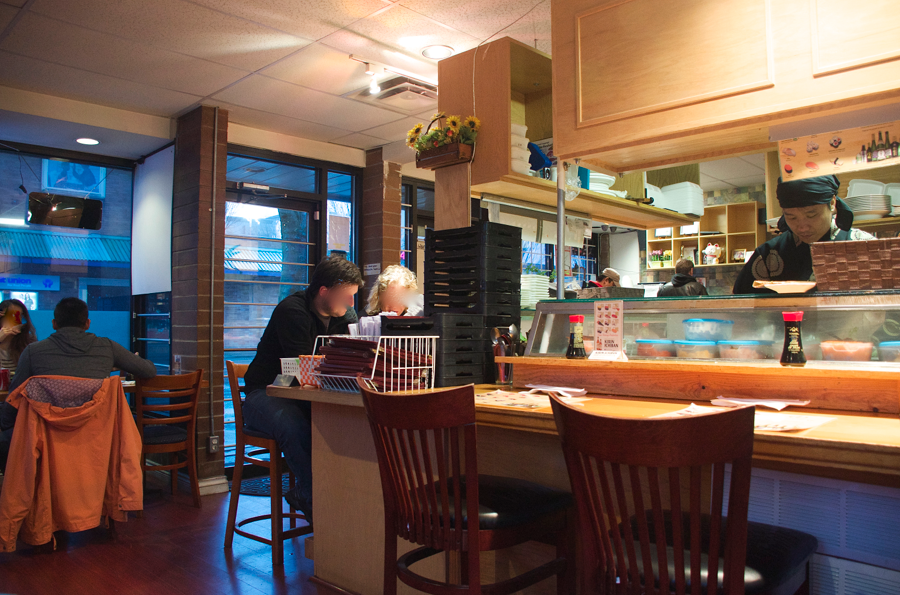