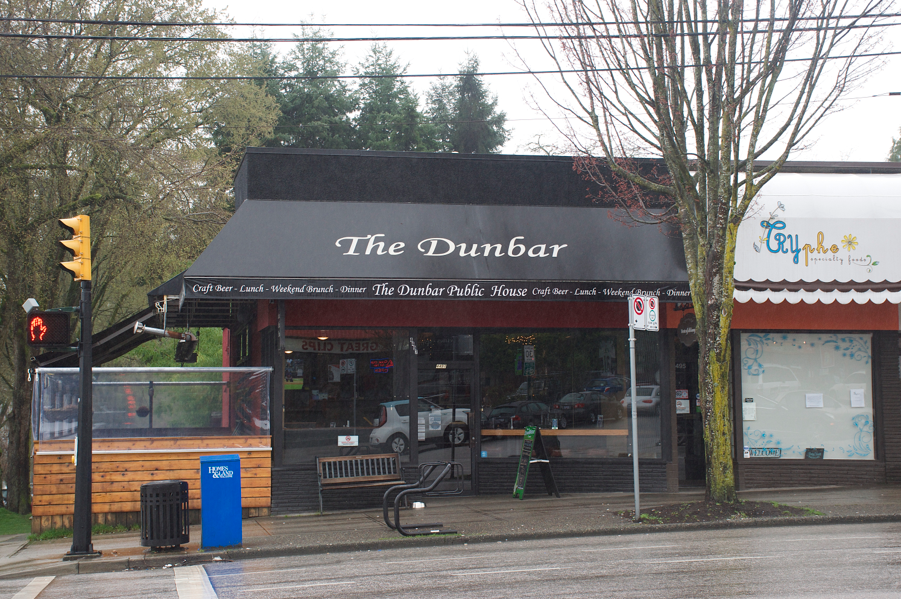 So today my dad had a meeting with a client near Dunbar and I decided to tag along haha! Before going to his meeting he dropped me off in some random grocery store parking lot (thanks a lot Dad) and told me I had an hour to eat LOL.

The only restaurants in sight was a Subway, Starbucks, and The Dunbar Public House! I couldn't wander too far because my dad was coming to pick me up in less than an hour. Sure, I could've gone to Subway, but what fun would that be? Not that I have anything against Subway, they make half-decent sandwiches...but that wouldn't make for a very interesting blog post would it? Or maybe it would ;) Like that time I blogged about McDonalds, that was pretty fun (fun as in vomit inducing LOL)

But I gotta admit, I still like McDs (should I be ashamed?) but only their fries & fillet o fish and their breakfasts...especially their hashbrowns hehe!
HEY...we all have our weaknesses okay?! ;)

There was a sushi restaurant nearby, but since it was only 10:50, they were still closed! Drat! I didn't have time to go to Jethro's, which was just a few blocks away! So I went to the Dunbar for an early brunch of booze (just kidding) and burgers!! Nothing like a hunky ol' burger to start your day!

I don't go to pubs very often (as in never) because I don't drink, so I totally forgot how overpriced pub food can get LOL. All the burgers on their menu were priced at $15+, which is pretty expensive considering I can probably get a gourmet burger for about the same price. So I decided to channel my Dad and went for the kobe just so I could get my money's worth ;) 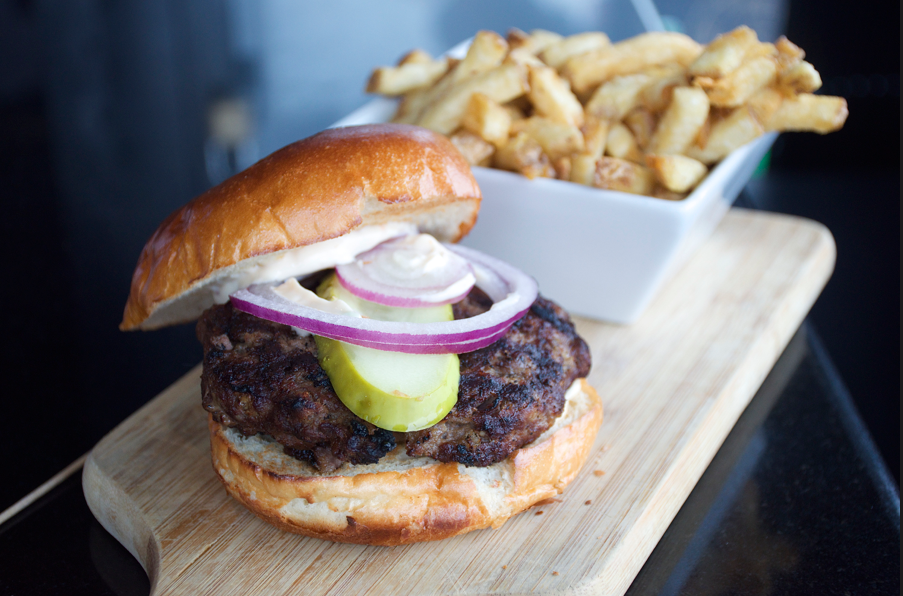 Kobe Beef Burger $15.50
2/5 stars
The burger wasn't anything fancy, it came with your usual fixings of mayo, onions, pickles, (I asked them to omit the tomato and lettuce) but it was still decent...standard pub fare! The patty was charred but really dry, and too crumbly. Since it was pretty dry juice dripping down your chin wasn't really an issue here haha! The bun was soft and lightly toasted and brushed with a thin coating of mayo! 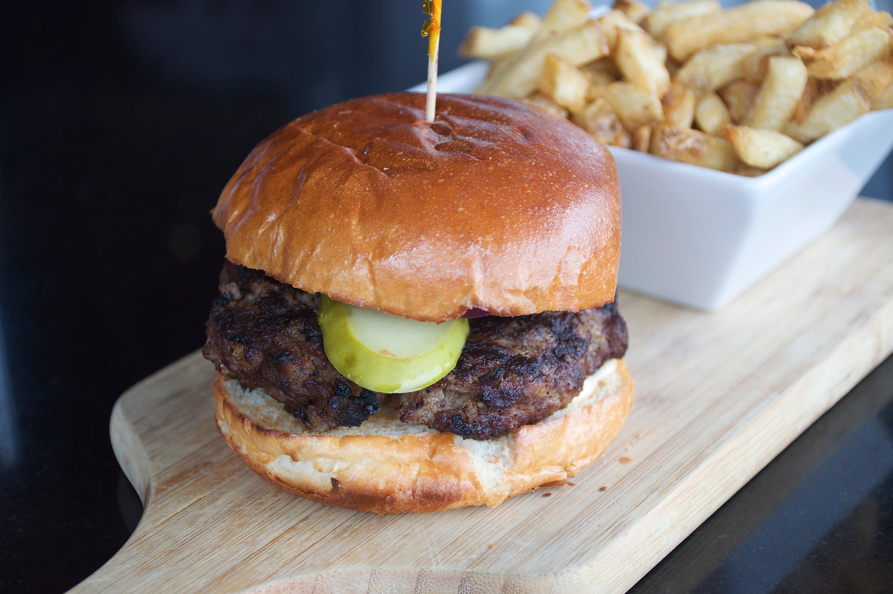 I'm always amused by how the pickle sticks out ...it looks like a tongue!! ;) 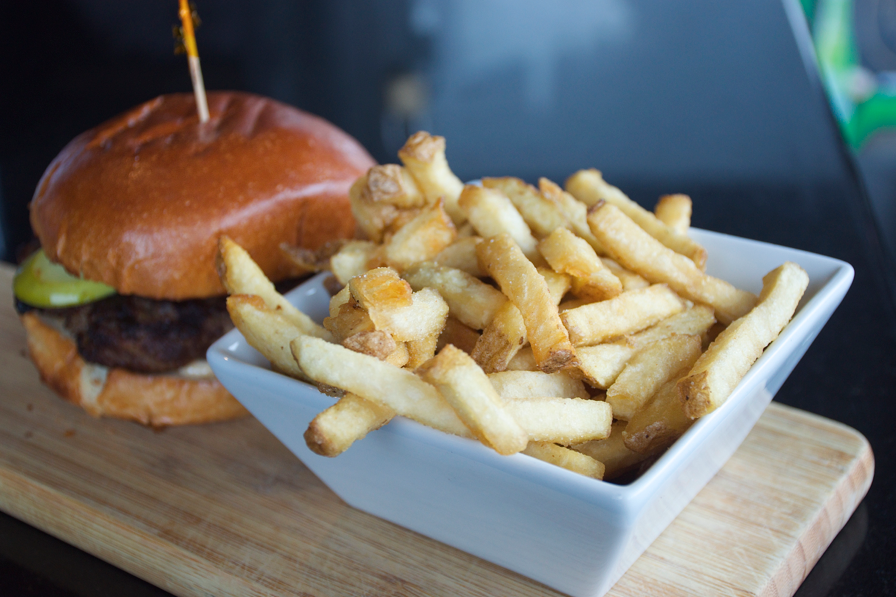 Fries
3/5 stars
The fries were quite crispy! I liked how they left some of the skins on! They were really heavily salted though! They're almost identical in texture to the fries served at the Hub! 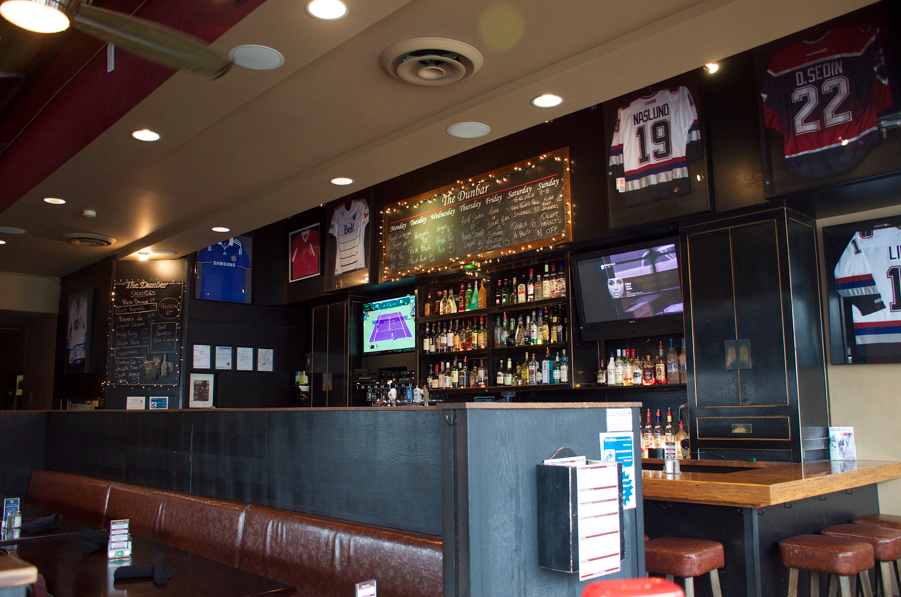 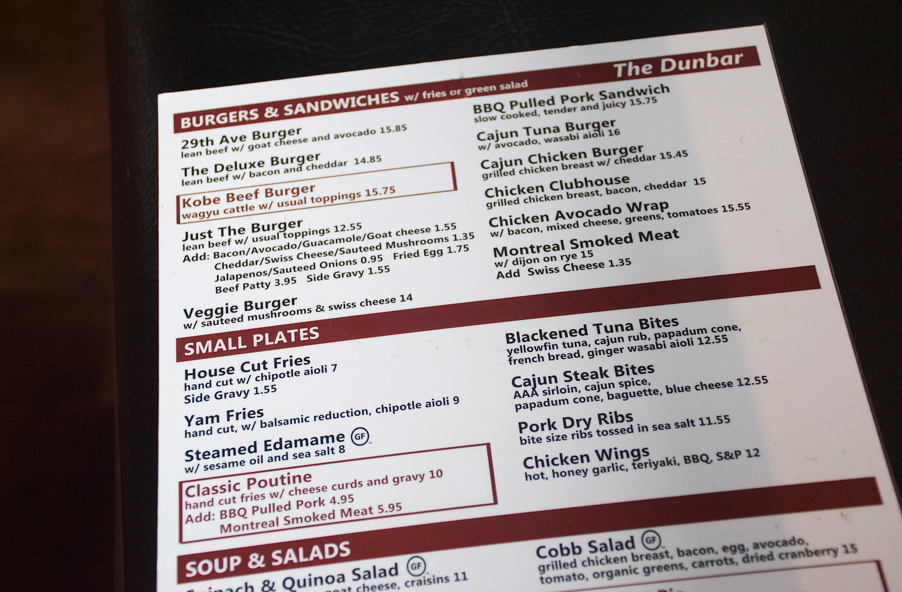 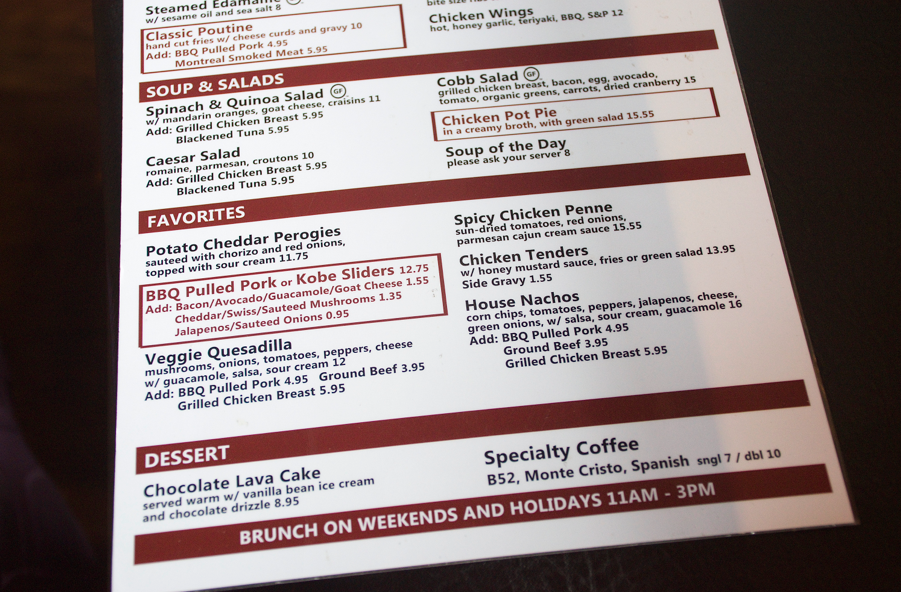