The One Taiwanese Restaurant I just realized something...I didn't get to eat any salt peppery chicken in Taiwan this time!!  I guess I was just too preoccupied with eating other stuff LOL...
When I visited Taiwan a few years ago I ate salt peppery chicken almost every other day at the nightmarket lmao...great for my arteries I know ;)

So today I decided to set things right and went on a search for salt peppery chicken...hehe. I ended up at The One in Burnaby, a Taiwanese restaurant known for their salt peppery chicken! The One is run by the same owners as Lao Shan Dong on Kingsway! Think of The One as LSD's younger, hipper, sister!

Like their food, their menu is huge with a lot of reoccuring items in different combinations! Good thing I already knew what I wanted to order or it would have taken me ages to decide! I'm the most indecisive person when it comes to ordering, I take forever to decide, and then I'll change my order at the last minute lol.

Obviously I had to get a slush, because the One is famous for their face length slushes! I did end up finishing most of my food hehe, I didn't think I would be able to, but I somehow managed! And I wasn't even that full after! ;D

Service was surprisingly great, which I definitely wasn't expecting, because Taiwanese restos/bubble tea places don't exactly have a track record for good service haha. They were polite and attentive, and they answered all my questions without looking annoyed! When I dropped my (packaged) straw on the floor, the waiter picked it up for me and offered to get me a new one and before I could decline he went and got a new one! 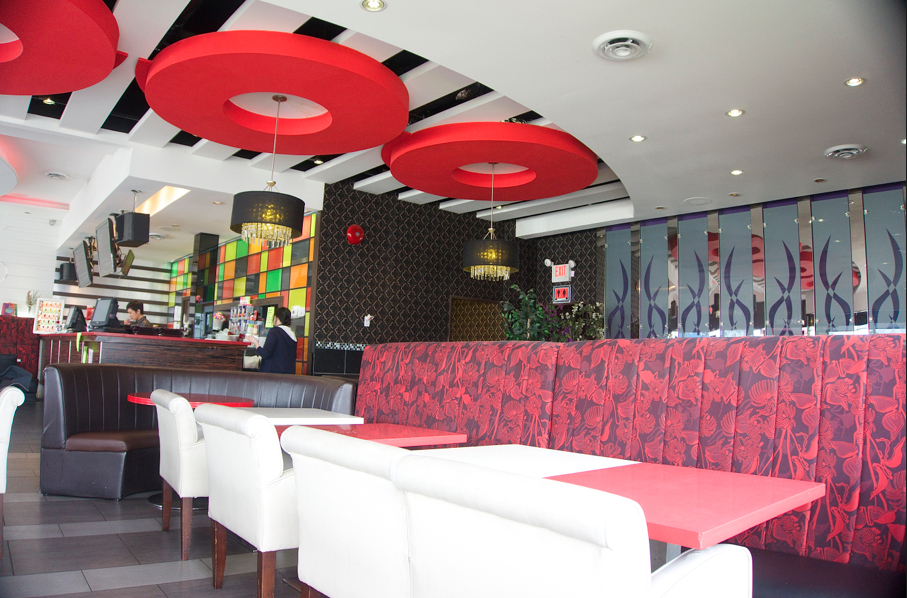 Great place to catch up with friends over some bubble tea!! :D 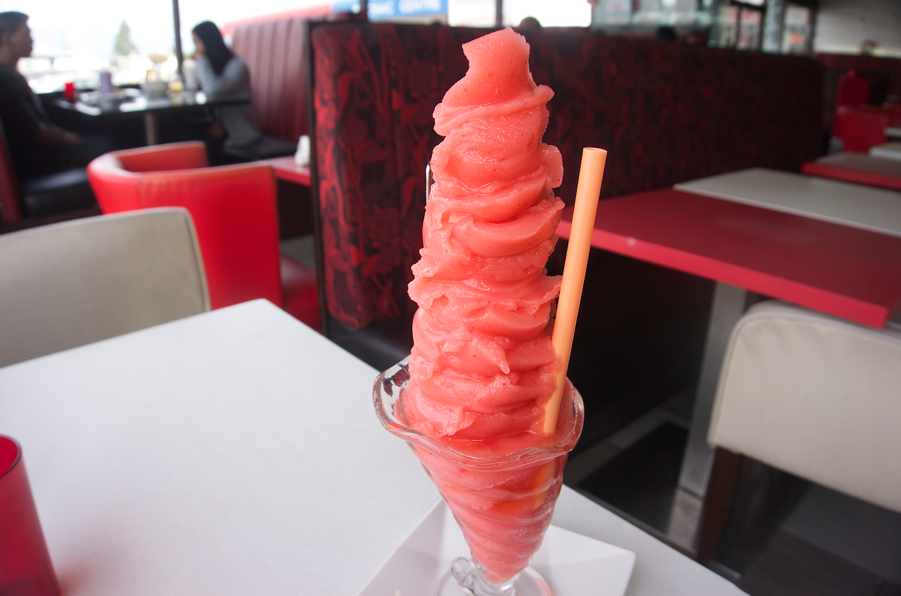 Fresh Strawberry Slush $6.25
3.5/5 stars
Woww, this was HUGE! It's not just for show either, the slush itself was really yummy! They used alot of strawberry, so the strawberry flavour was really strong and it didn't taste watered down at all! You can adjust the level of sweetness but personally I thought it was the perfect sweetness!
Thankfully I ordered a fruit slush and not a smoothie, or else I wouldn't have been able to finish it :D 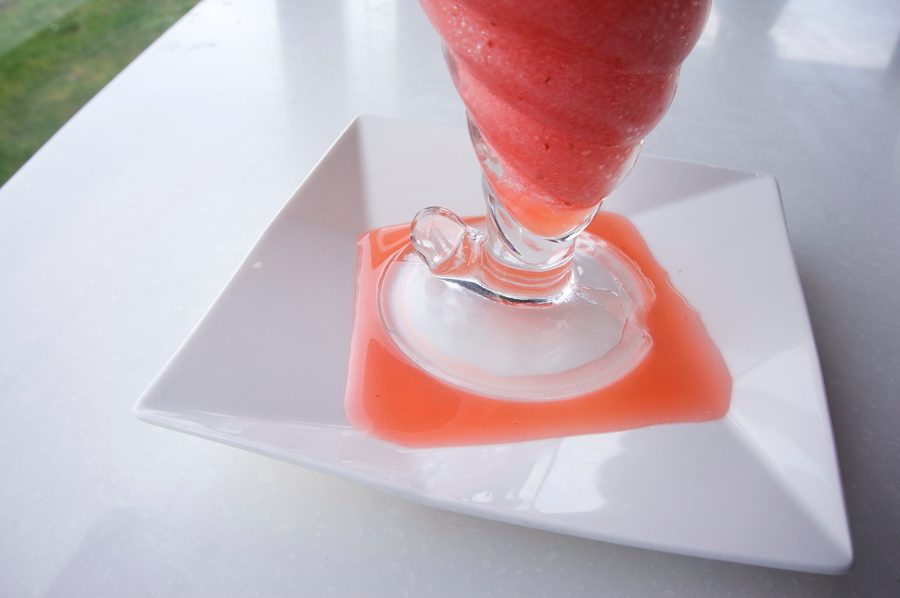 Eat it quick before it drips down to the bottom! But just in case, they give you a cup to scoop some of the slush into! :D 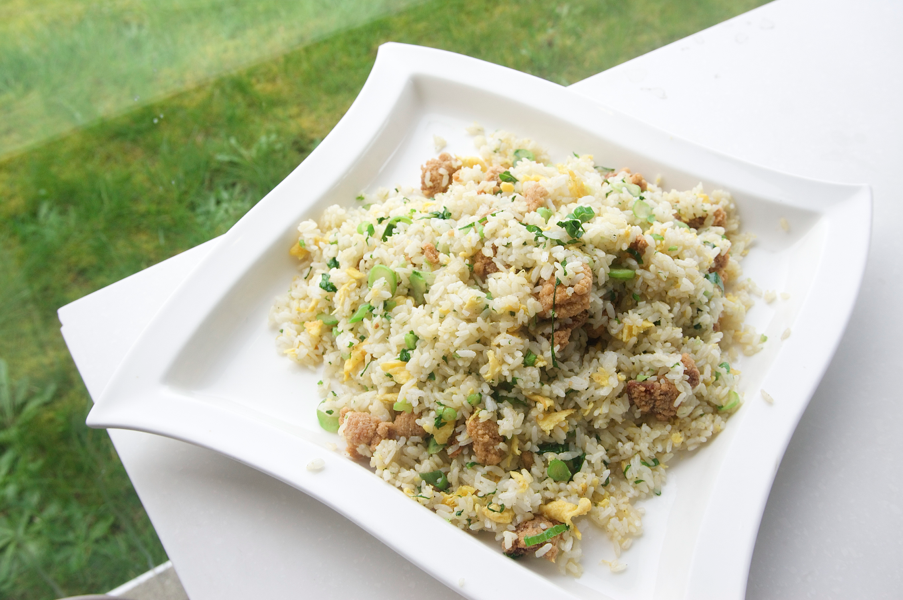 5 spice Fried Rice w/ Salt Peppery Chicken Nuggets $10.99
3/5 stars
I was originally going to order their veggie fried rice with a side order of salt peppery chicken (as recommended by @LotusRapper) but then I realized that it would probably be too much food for one person!

Like the slush, this was HUGE lol. The photo doesn't do the size justice! This could have easily fed 2 people! I managed to eat most of it by myself hehe...hey, I'm a big eater! ;)

They sprinkle a ton of Taiwanese 5 spice in it, so it tastes just like salt peppery chicken!! It wasn't overly salty and there was a nice hit of five spice in every bite! The chicken pieces were pretty small but they were nice and moist, with a crunchy exterior! 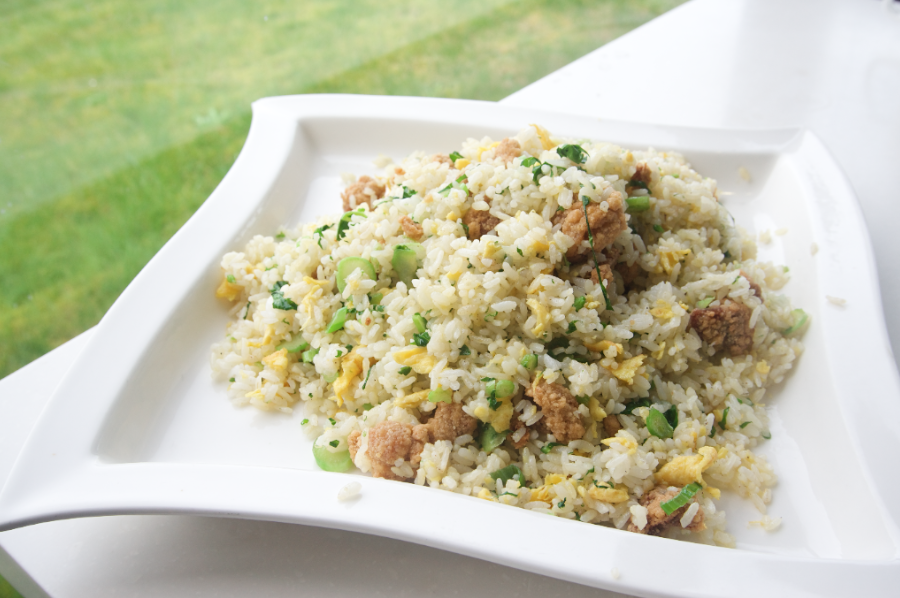 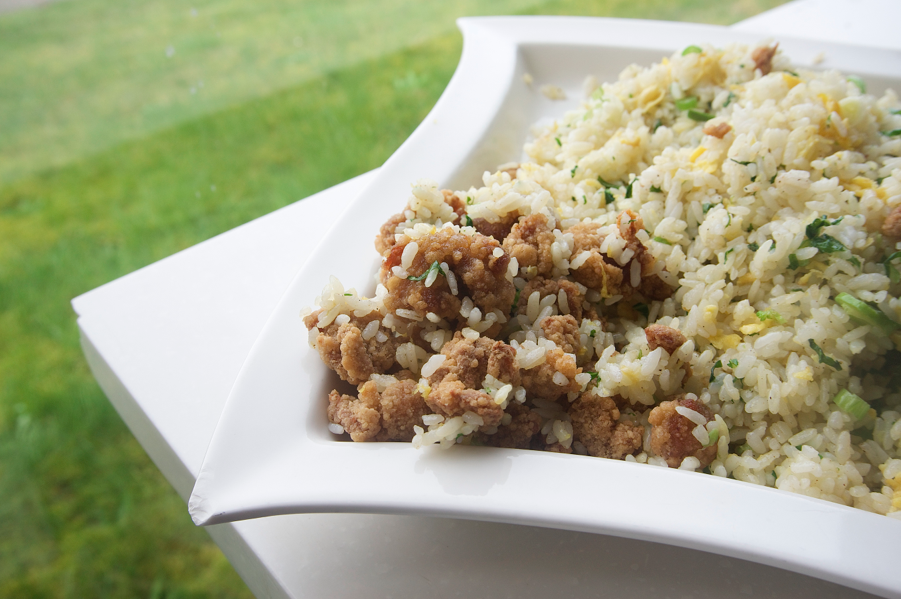 There was decent amount of chicken in there! :D
But the pieces were pretty small, alot smaller than your average salt peppery chicken! 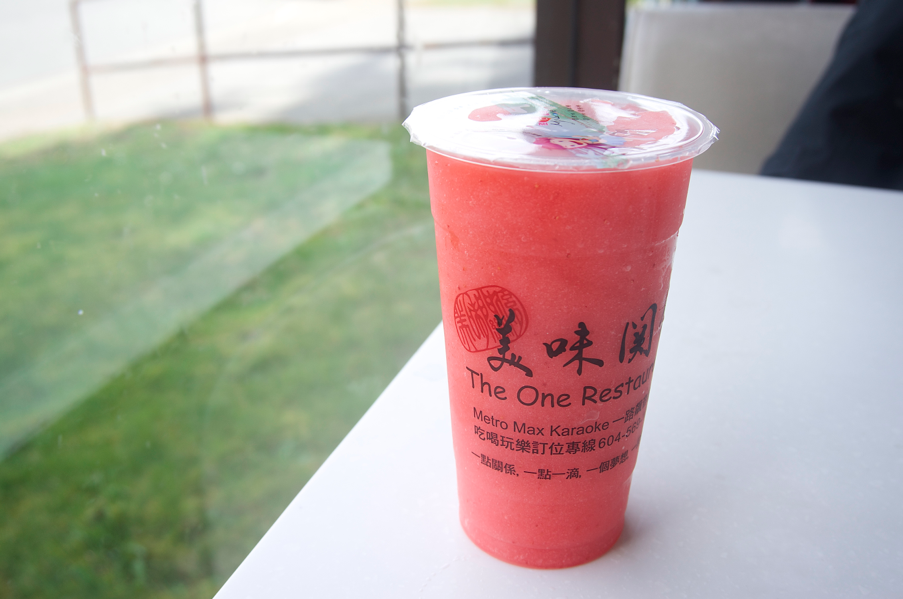 In the end I couldn't finish my slush LOL, so I ended up packing it to go! 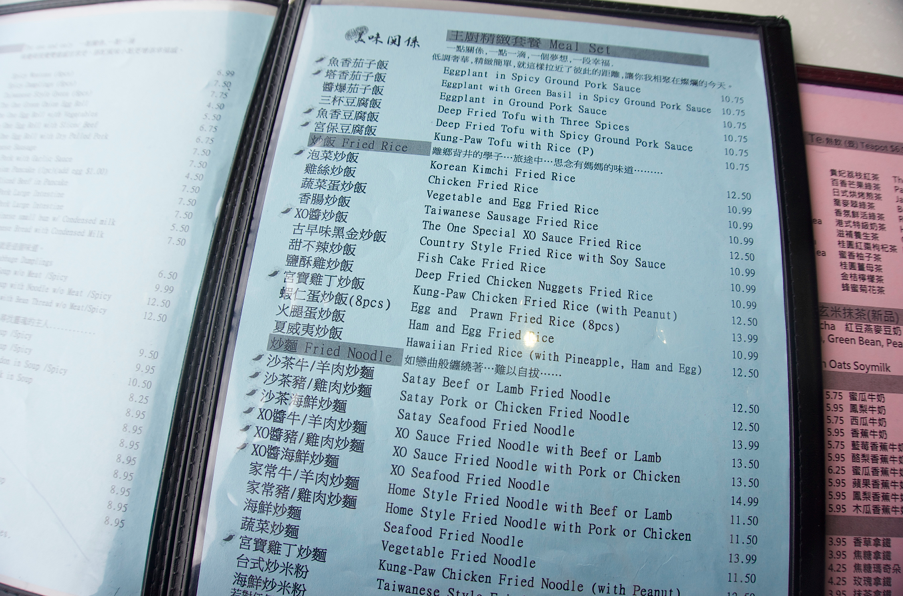 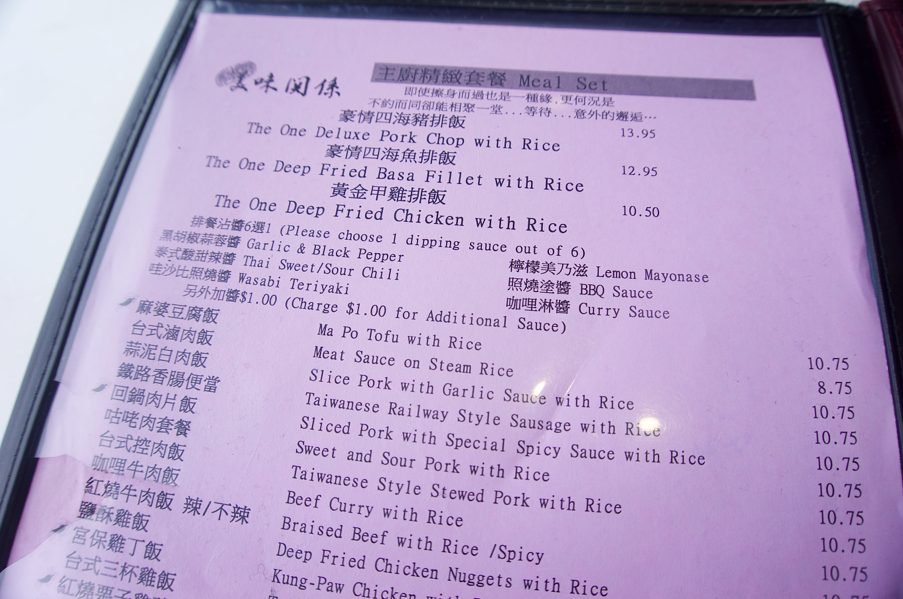 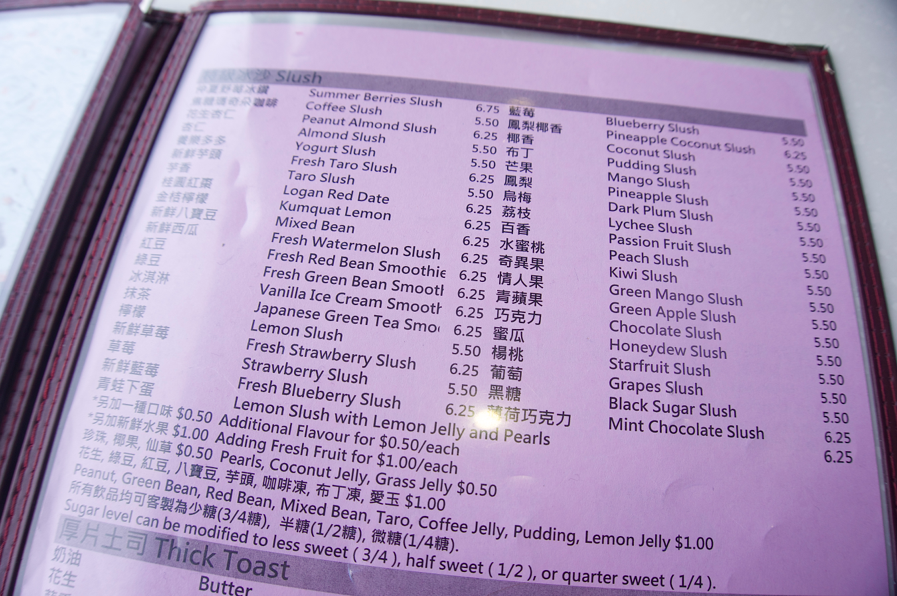 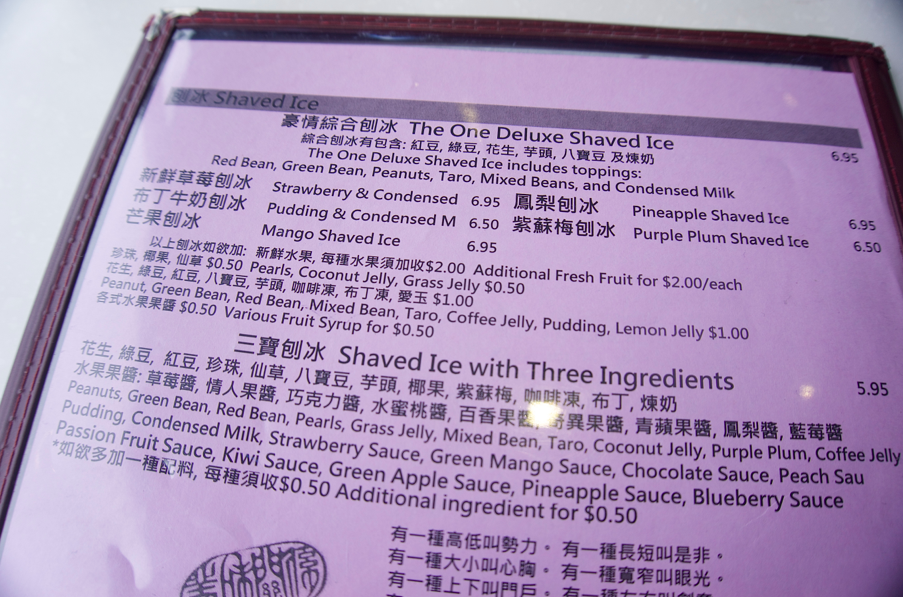