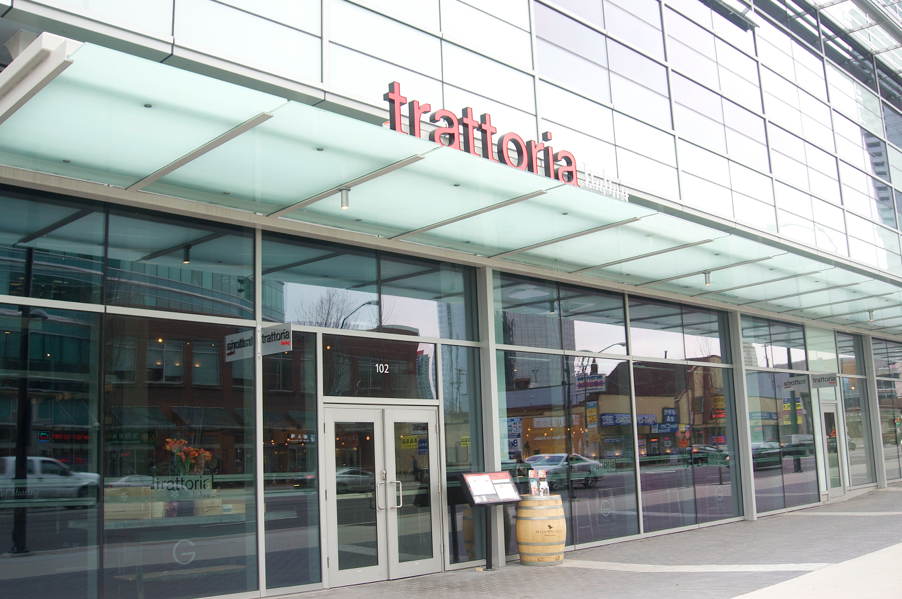 My parents like to tell me that every time we go out to eat, I embarrass them LOL. My dad even said that they should have my picture posted on the wall with "BANNED" written on the bottom. Woah, that seems a little harsh, doesn't it? ;)

According to my dad, here's a list of the things I do at restaurants that drive him completely mad...LOL.

Taking forever to order. ( I don't know what I want, everything looks SO good!)
Asking a lot of questions (How spicy is this?)
Or changing my order at the last minute
Making special requests (Can you put this on the side?)
Asking for a glass of water
Dropping my fork/chopsticks on the floor (Being the klutz that I am)
Using too many napkins...I'm a messy eater! ;)
Eating too slowly (I like to savour my food, kay!)
TAKING TOO MANY PICTURES (This is a big one! Buttt it's for my blog!!!)

Hey, I can't help it alright? This kind of stuff is important! heheh.

So tell me, do you guys do any of the embarrassing things I listed above? C'mon, fess up! ;)

Today's visit to Trattoria  was a case in point. I ended up accidentally dropping my cutlery and napkin on the floor, twice.

Lately I've been getting these rashes after consuming cheese (my body is so weird) so I've been trying to avoid cheese altogether :(

So I asked if I could order a pizza without cheese LOL...I know, how can it even be considered pizza then? The servers were super accommodating and agreed! I also ordered their cauliflower as a side dish, and the server said that they would omit the cheese, but when it arrived, there was cheese! They were quick to replace it though and were super nice about it! Props to you Trattoria staff! :) 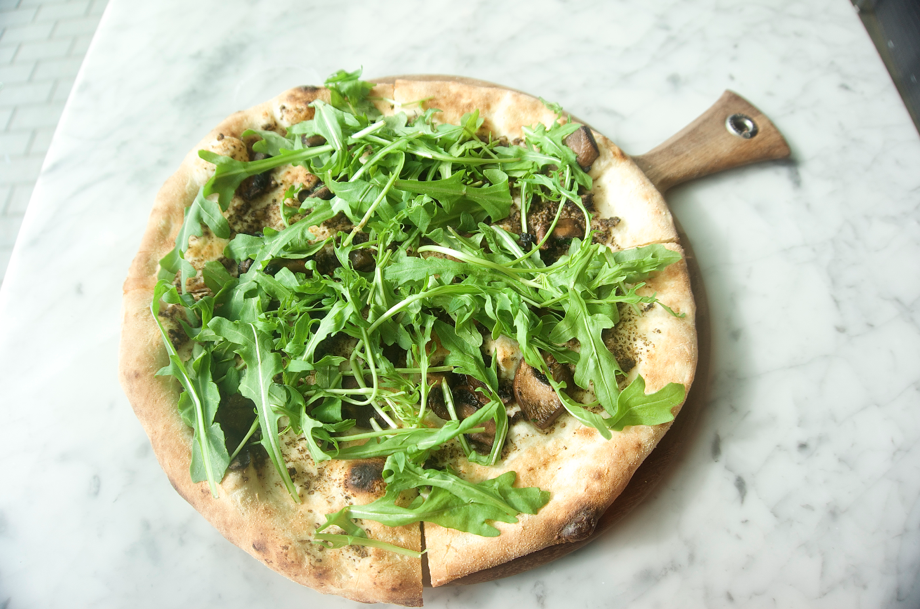 Portobello mushrooms, truffle honey, tapenade, asiago, argula $15.95
2.5/5 stars
This wasn't as good as I was hoping, but it was still pretty decent! You could definitely smell the truffle, but you can't actually taste it because the flavour is overwhelmed by the tapenade and mushrooms. The mushrooms had a deep woody flavour though, and the argula added an extra kick and brightness. The crust was thin and chewy, but one issue I had was that the pizza arrived lukewarm, so before I had begun eating, it had already gotten cold. :( 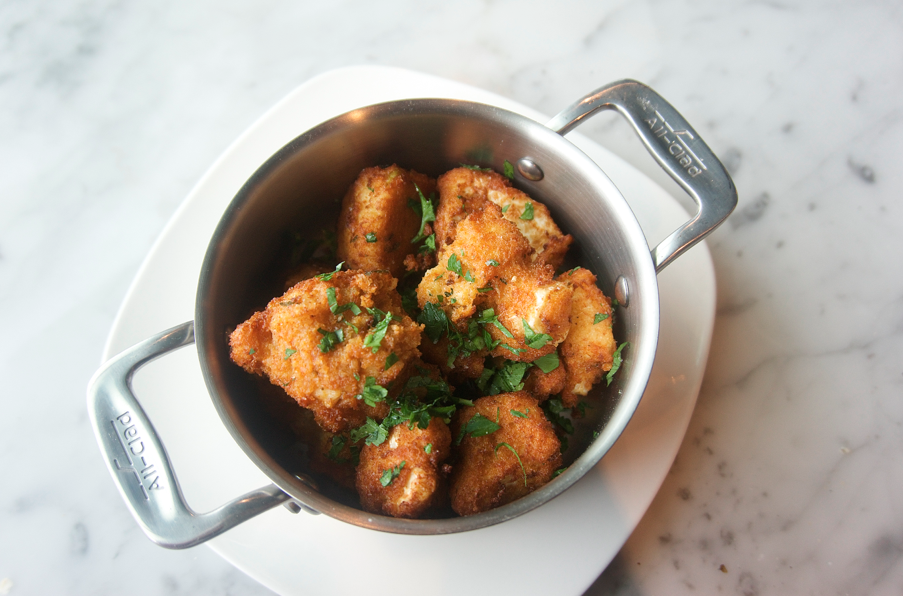 Cauliflower
panko crusted, parriangao, reggiano, herbs $7.95
2.5/5 stars
I only had one piece before I discovered there was cheese in it, but it was still pretty good! The cauliflower pieces were covered in a super crunchy panko crust and dusted with a yummy medley of spices! The addition of cheese made the inside really gooey and soft. 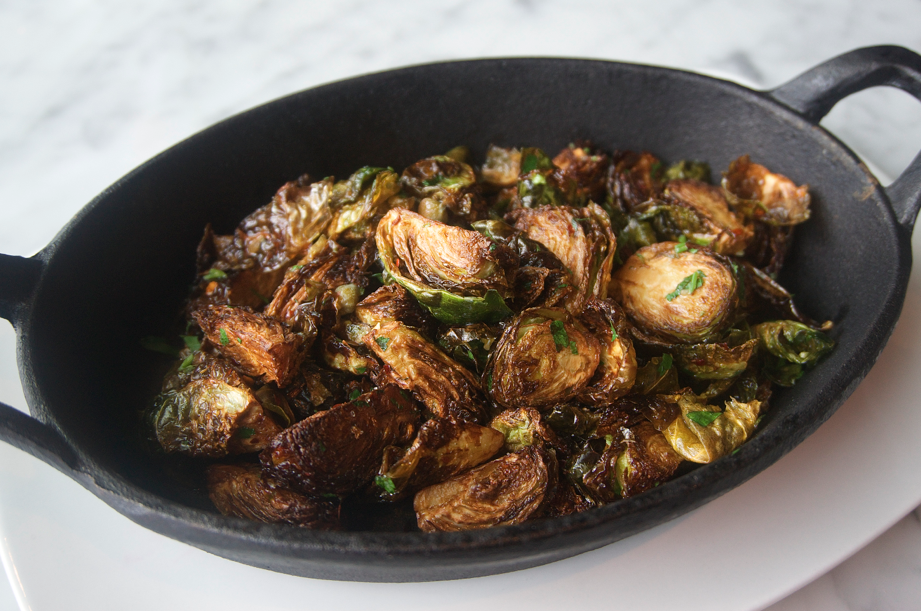 Brussel Sprouts $7.95
w/ capers, lemon, chiles, parmiago reggiano
3.5/5 stars
This was the highlight of the meal! Gee, if my parents fed me this, I would eat brussel sprouts by the bucket full LOL! This was awesome! The addition of capers was very clever, as it highlighted the natural flavours of the sprouts while playing on the flavour of the olive oil and salt! It was subtly spicy but not to the point where it overwhelmed the other flavours. The lemon was the cherry on top as it brightened the dish and gave it a much needed "lightness!" 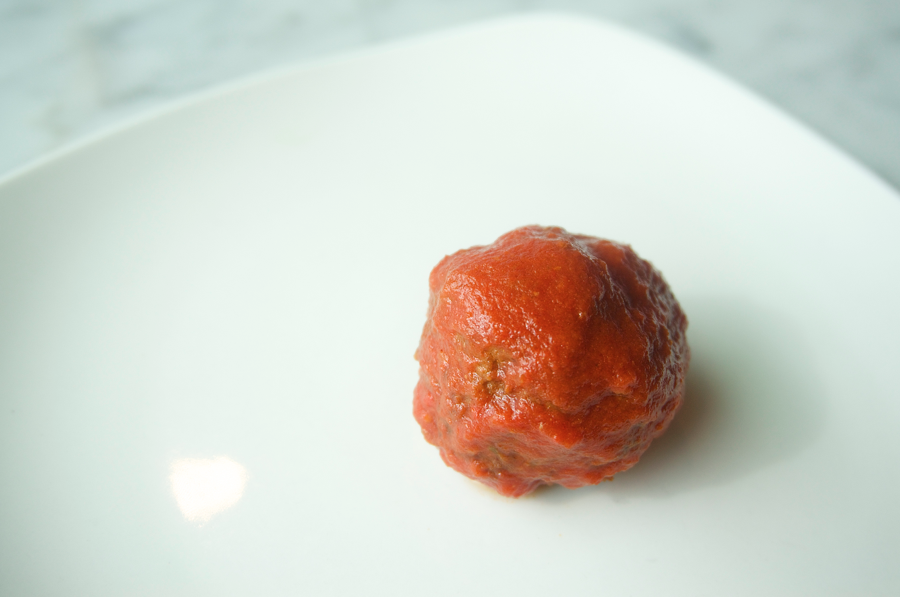 Meatball - Free with a coupon!
2.5/5 stars
They had a coupon for a free meatball on their takeout menu...yay! This was pretty good, meaty and moist on the inside! The tomato sauce was tangy without being overly sweet or sour! It totally made me want to try one of their pastas! 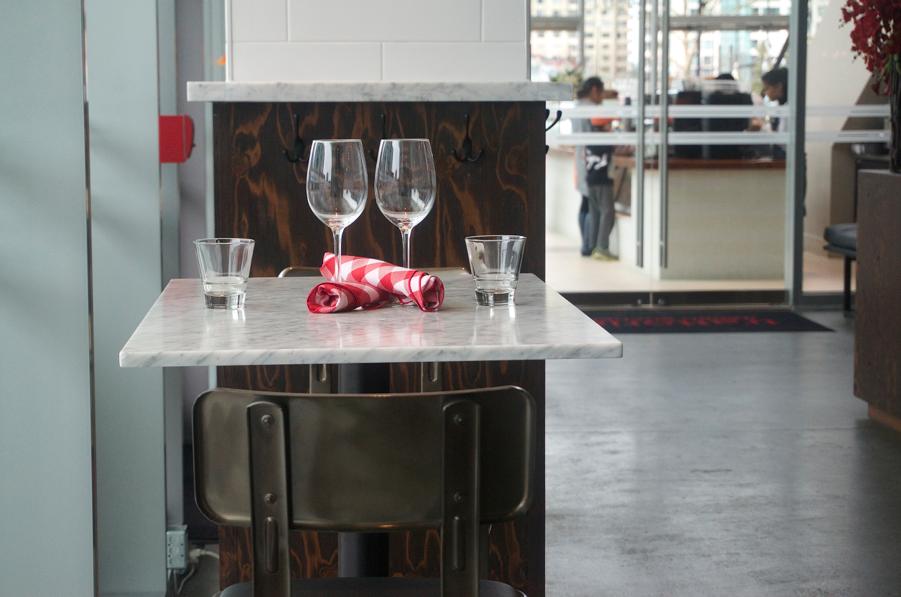 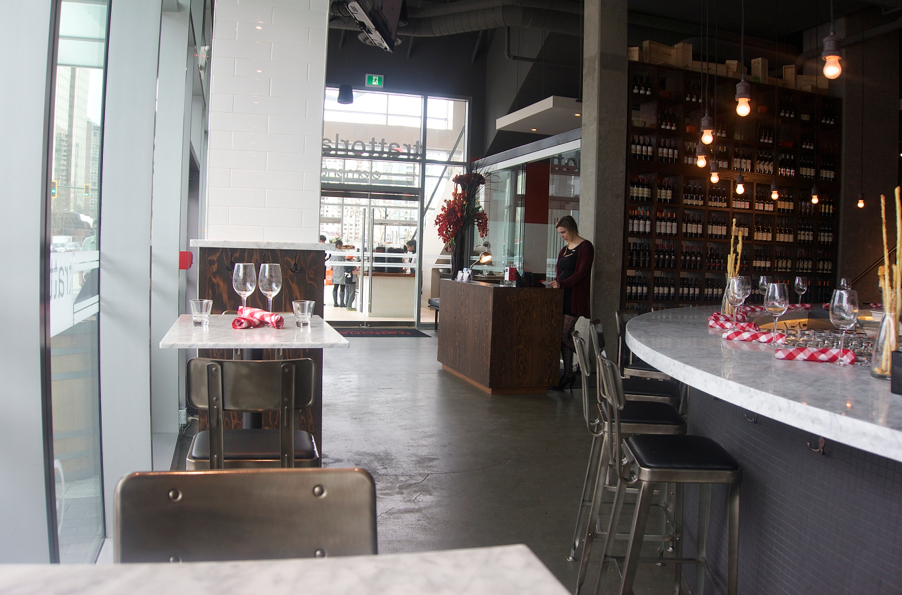 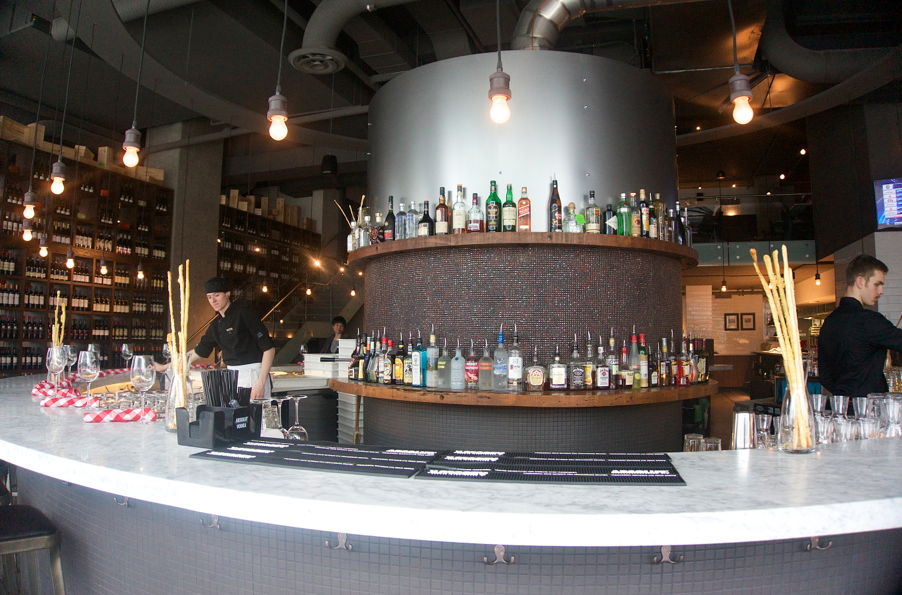 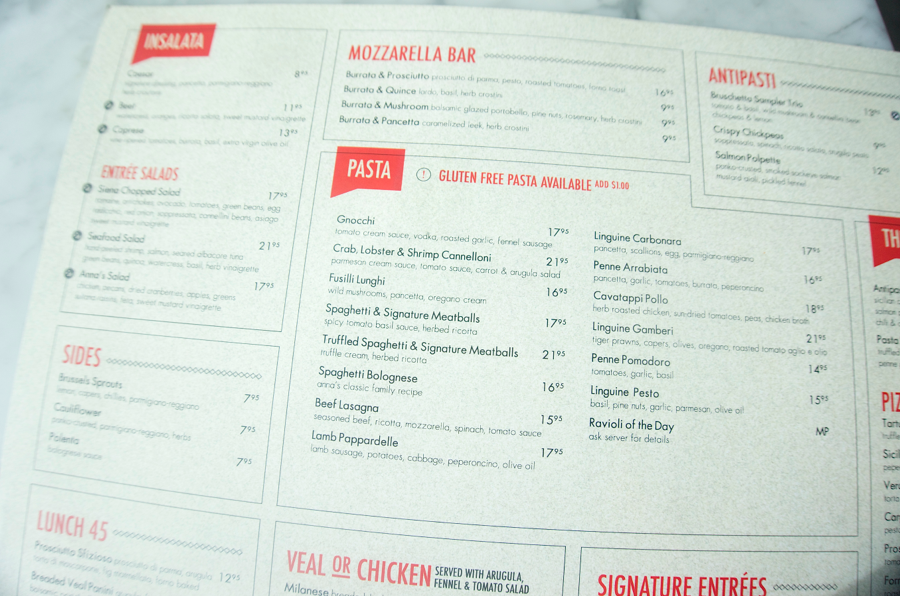 On Tuesdays they have Pasta Tuesdays, all of their pastas are $11! 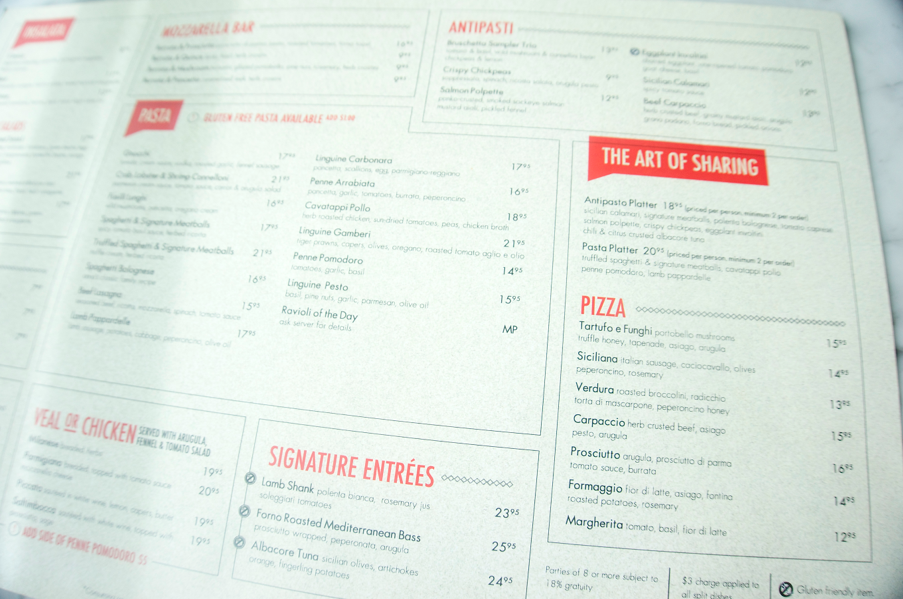 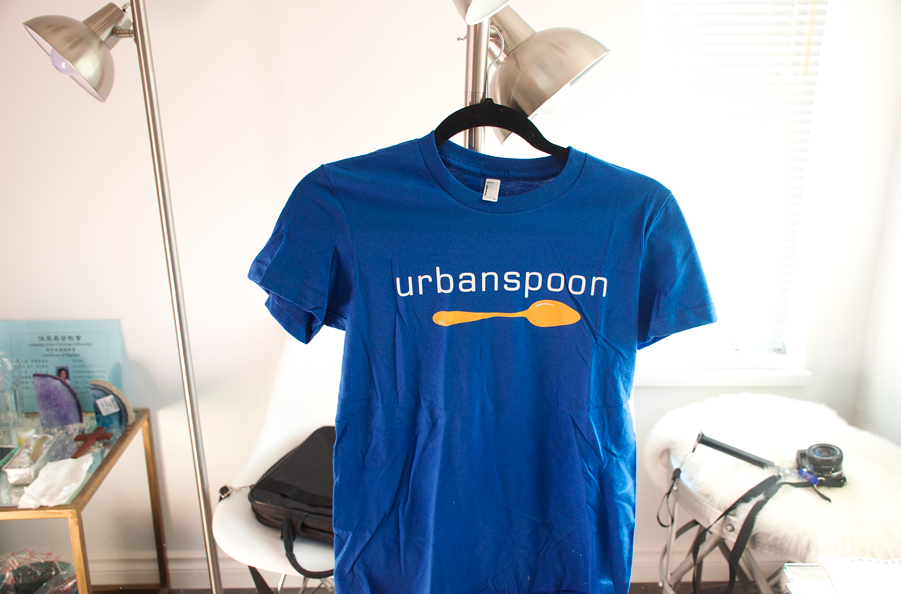 I totally forgot to show you guys this awesome Urbanspoon shirt I got sent a few months months back!! :D
So does this mean I've made it? LOL...I kid, I kid ;)
I also got a keychain, which I'm hanging on my camera hehe! :D