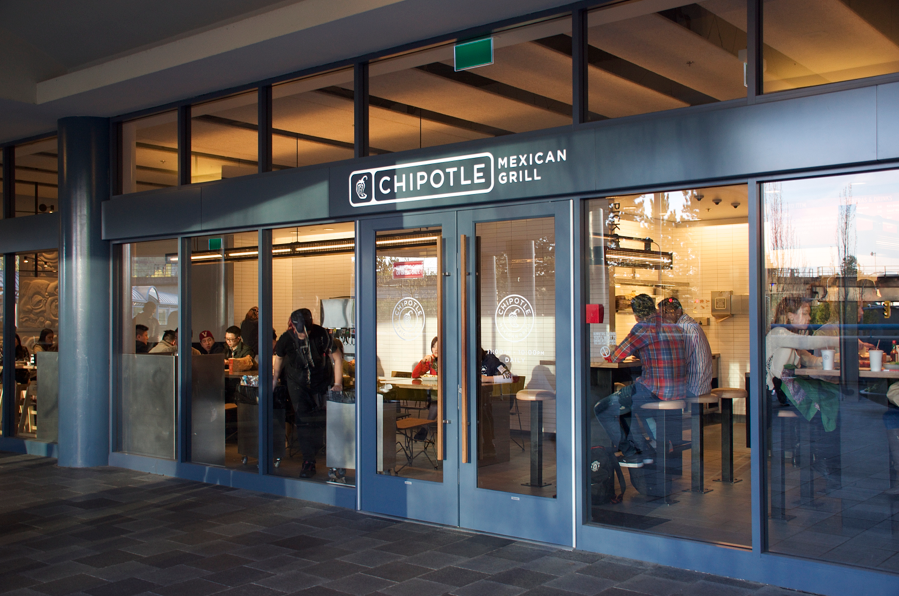 I've heard the hype. People in Southern Cal apparently have a thing for Chipotle. They eat it religiously, just like they eat In N Out (or is that just a myth?) ;)

After coming across countless #chipotleislife hashtags on instagram, my expectations were high LOL. Because instagram can't be wrong, now can it? ;)

Eh, the food was okay. But I have to admit, for fast food, it's pretty decent. For "Mexican" food, not so much LOL. But hey, at least it was semi-healthy, better than eating at A&W next door haha (though I do like their burgers!)  But obviously it can't compare to real Mexican food from an actual Taqueria haha.

Have you guys ever heard of "Chipotle Hacks?" Apparently you can "hack" chipotle by asking for secret menu items, like a quesadilla burrito, which is exactly what it sounds like, a burrito wrapped with a quesadilla on the outside...I'm so doing that next time hehe! But that would probably blow my calories through the roof!!! Hey, I have to make sure dem pants still fit!! ;)

You can also make your own burrito by ordering a burrito bowl, and asking for a (free) tortilla on the side!! I was going to, but then I forgot LOL, cause I was too busy looking at all the FOOD!! :D

Chipotle has another location downtown that's been open for quite some time now, but I've never had the chance to check it out because I always get distracted by all the other awesome food choices downtown! 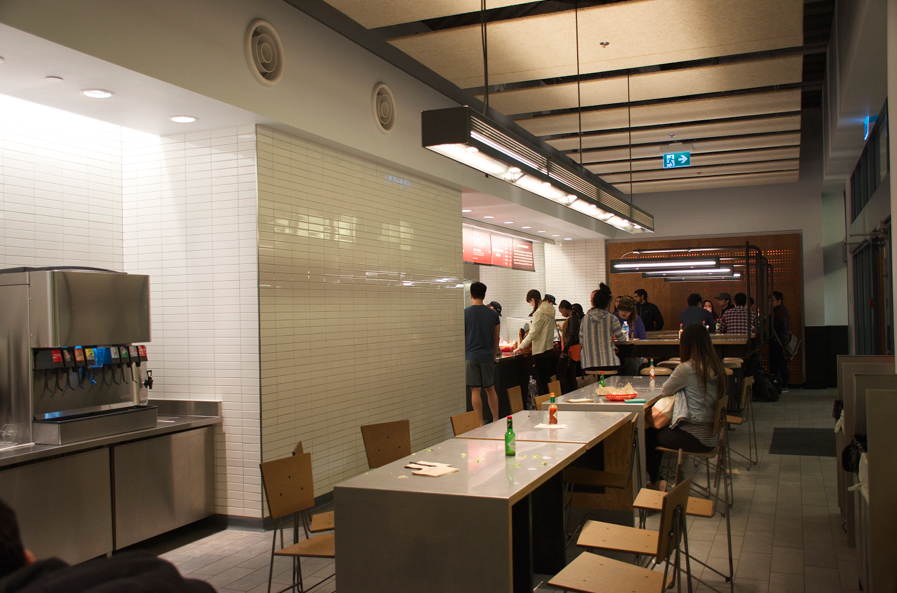 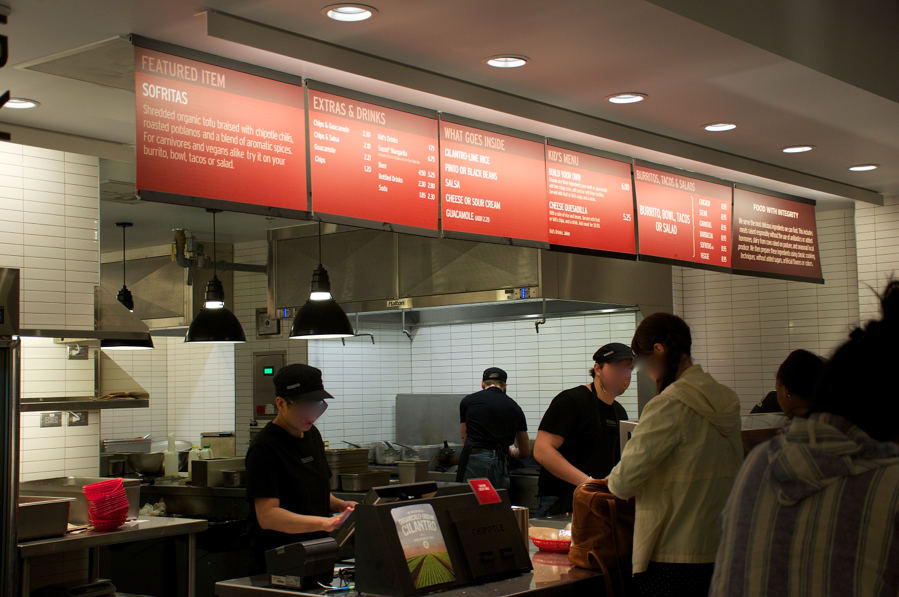 Order on the right side, and pay on the left! 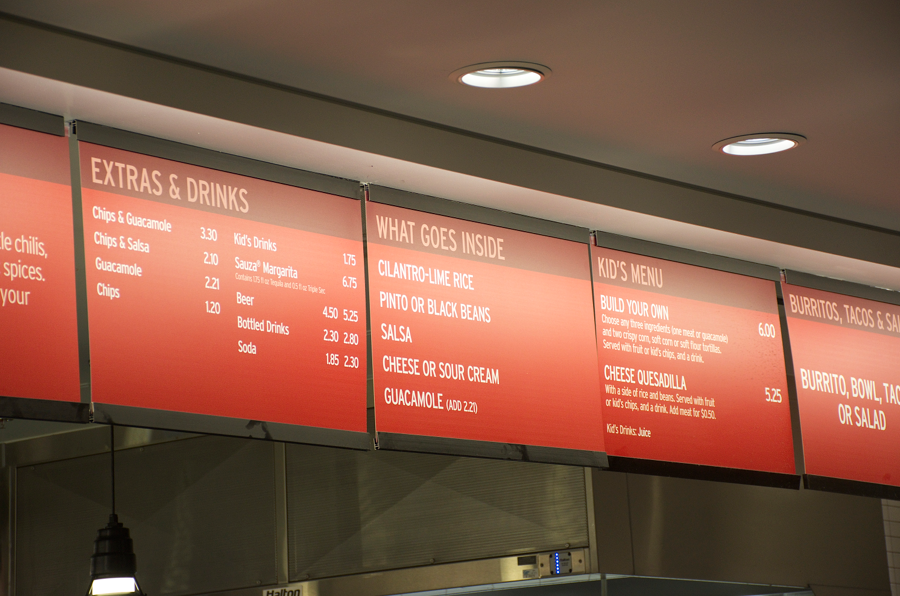 They even sell margaritas here lol! 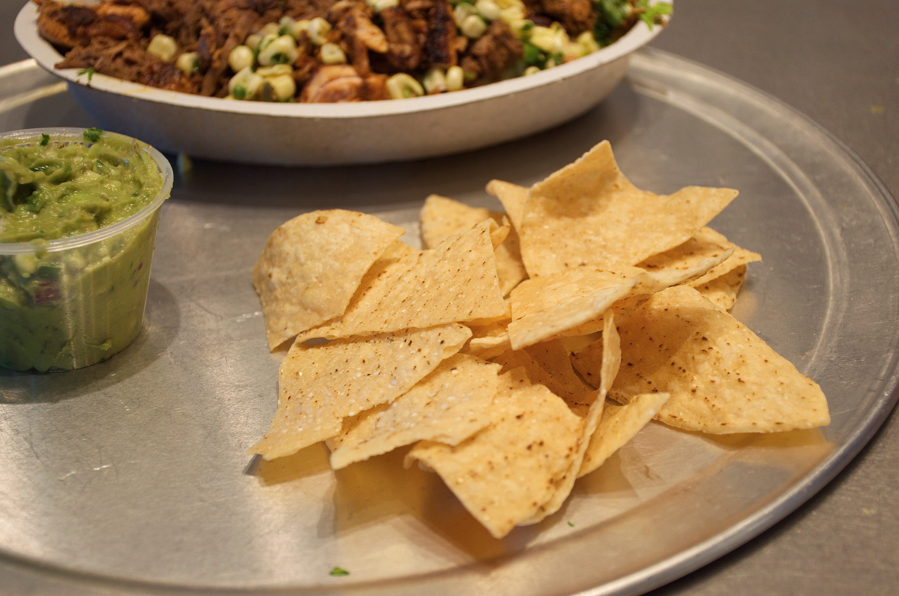 Chips & Guac
3/5 stars
The chips were actually really good LOL, they were crispy, and slightly charred on the outside! But the chips were SO salty!! Seriously, I could still taste the salt on my tongue in the morning (even after brushing!) If they could adjust the salt level, I would definitely order these again!! 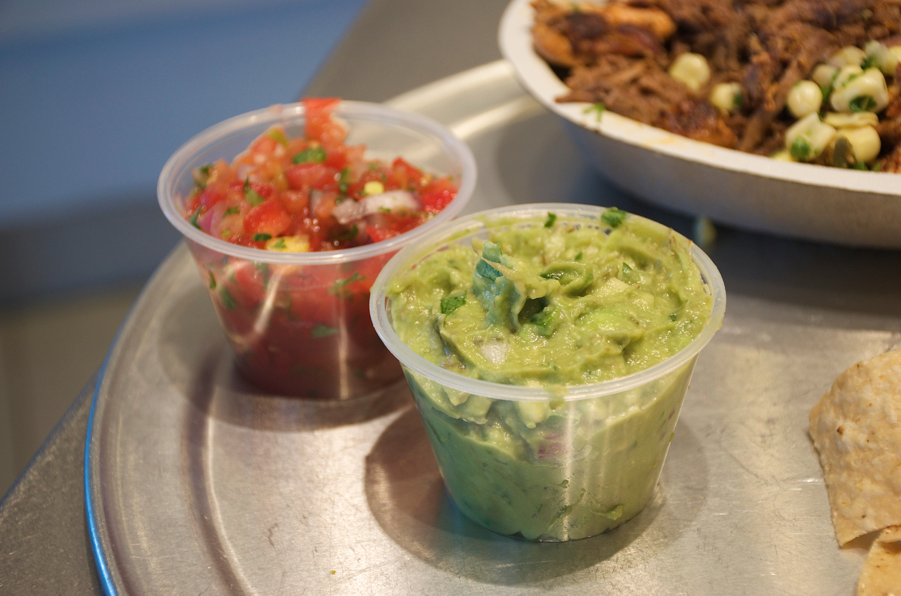 Salsa & Guac
3/5 stars
I'm no guac expert lol, so I thought it was pretty decent! The portion was quite large and more than enough for the chips. It was creamy, a bit chunky, and loaded with bits of onions! The salsa was tangy, and tasted pretty fresh, no complaints here! 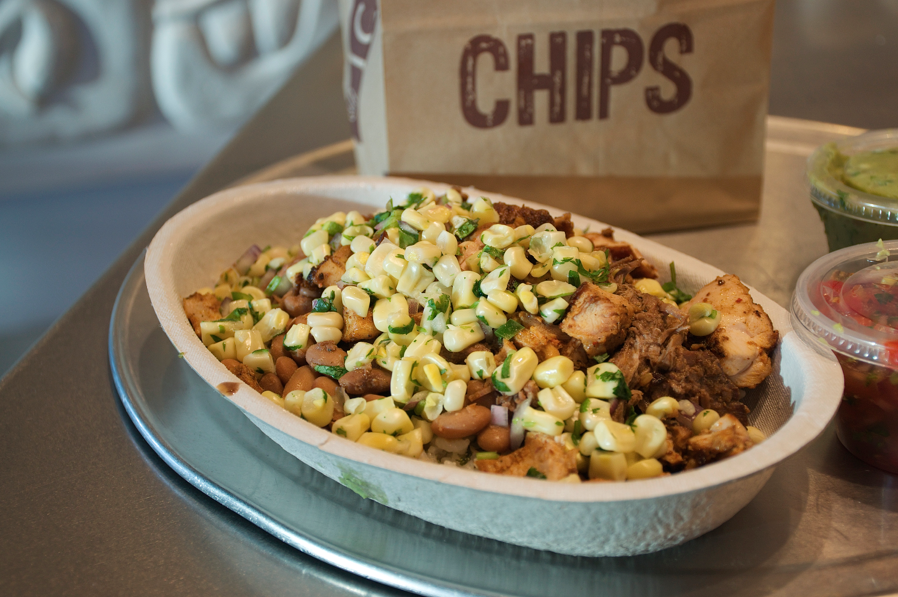 (The lighting was really weird in this picture lol - mid afternoon sunlight!)

2.5/5 stars
This was okay haha...the best part was probably the rice. The cilantro made the rice really fragrant and the lime helped brighten up the flavours. The meat on the other hand, was a bit dry. The flavours were there though, the chicken had a nice char to it, and the barbacoa was subtly spicy. The portion size was pretty large and it filled me up!  :D 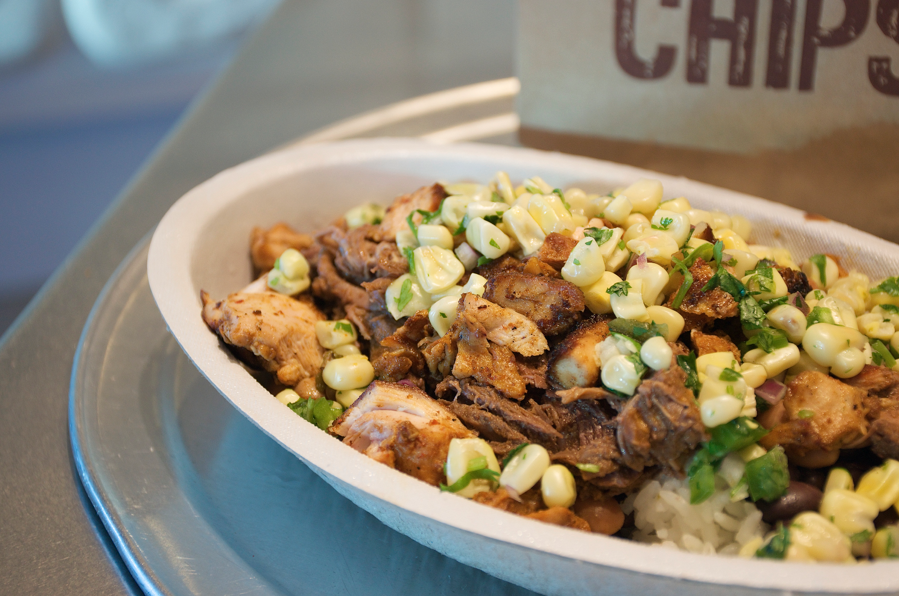